World music get much attention but they do deserve much love and what’s a better way to show our appreciation for diversity that showcasing world music albums in awesome box sets.

Boy, we just love box sets. They’re just on another level of “WOW” when it comes to music packaging.There are a lot of things you can have in just one buy!

You can have a vinyl record version along with the CD and cassette version. Not only that, you can have stickers and other merch items too. There’s just tons of possibilities!

If you’re a collector of these box sets  or if you’re a musician who’s looking for inspiration for your next album release, here are some of the prettiest box sets you should check out. 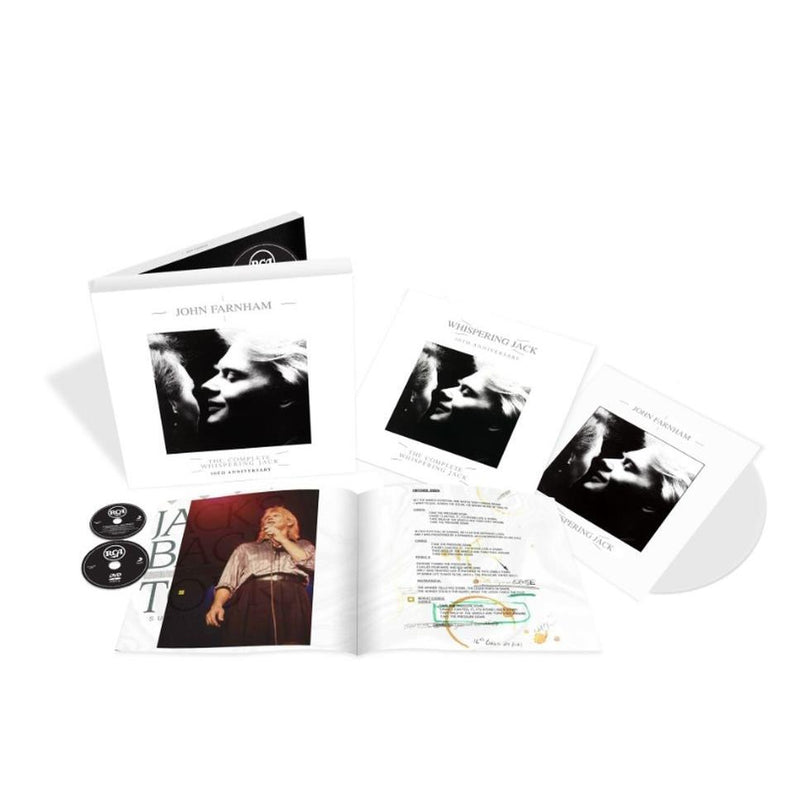 In celebration of the 30th Anniversary of John Farnham’s Whispering Jack a box set of the album was released in 2016. This Complete Whispering Jack Box Set is one you would not want to miss.

Aside from the limited edition white custom vinyl record and 30-page booklet, it also includes a Live DVD containing never before seen footage during the recording of the album.

#2 KYLIE MINOGUE – KISS ME ONCE 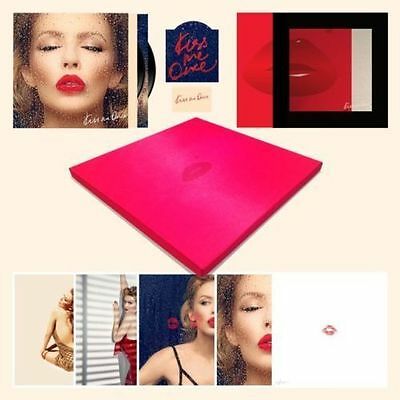 Kylie Minogue’s box set for her album Kiss Me Once is one that I think you will surely like. It’s interactive and very much exclusive to those who own one.

It contains a CD with an exclusive artwork on the cover and an art print that features another exclusive image. It also has a 12-inch faux window that features raindrops and the title song to let fans recreate the album artwork.

#3 BRYAN ADAMS – SO HAPPY IT HURTS 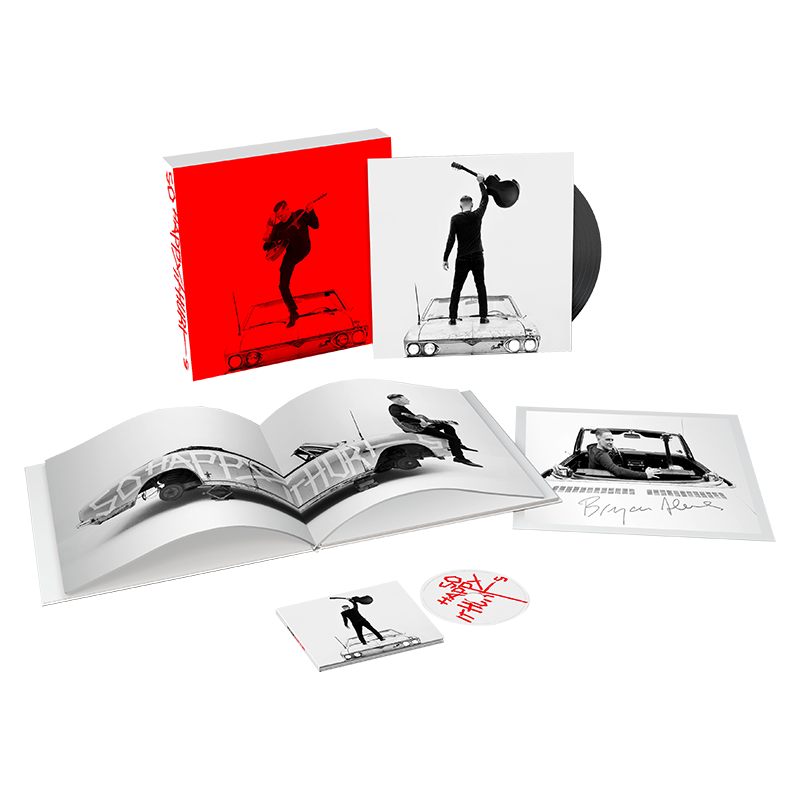 Bryan Adams is set to release his highly anticipated 15th studio album So Happy It Hurts. It is currently available for pre-orders and will be released this year on March 11.

Included in his box set is a deluxe edition of the album on CD, the vinyl album, a 48-page hardbound photo book with exclusive images and a signed photo. If you haven’t pre-ordered one, then do it now.

#4 ALANIS MORISSETTE – SUCH PRETTY FORKS IN THE ROAD 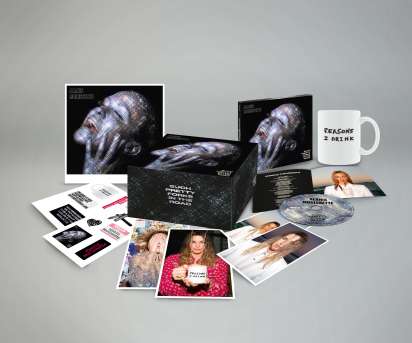 After 8 long years of waiting for new music from the mezzo-soprano singer-songwriter, we have been blessed with 11 new songs from her 2020 album Such Pretty Forks in the Road.

She didn’t just return with music though, she returned with a purpose of spoiling her long-time fans with a box set that would make anyone cry.

The box set contains a lot of things and when I mean a lot, it is a lot. Aside from the album on CD it also contains a coffee mug, photo cards, stickers, and a numbered album photo. 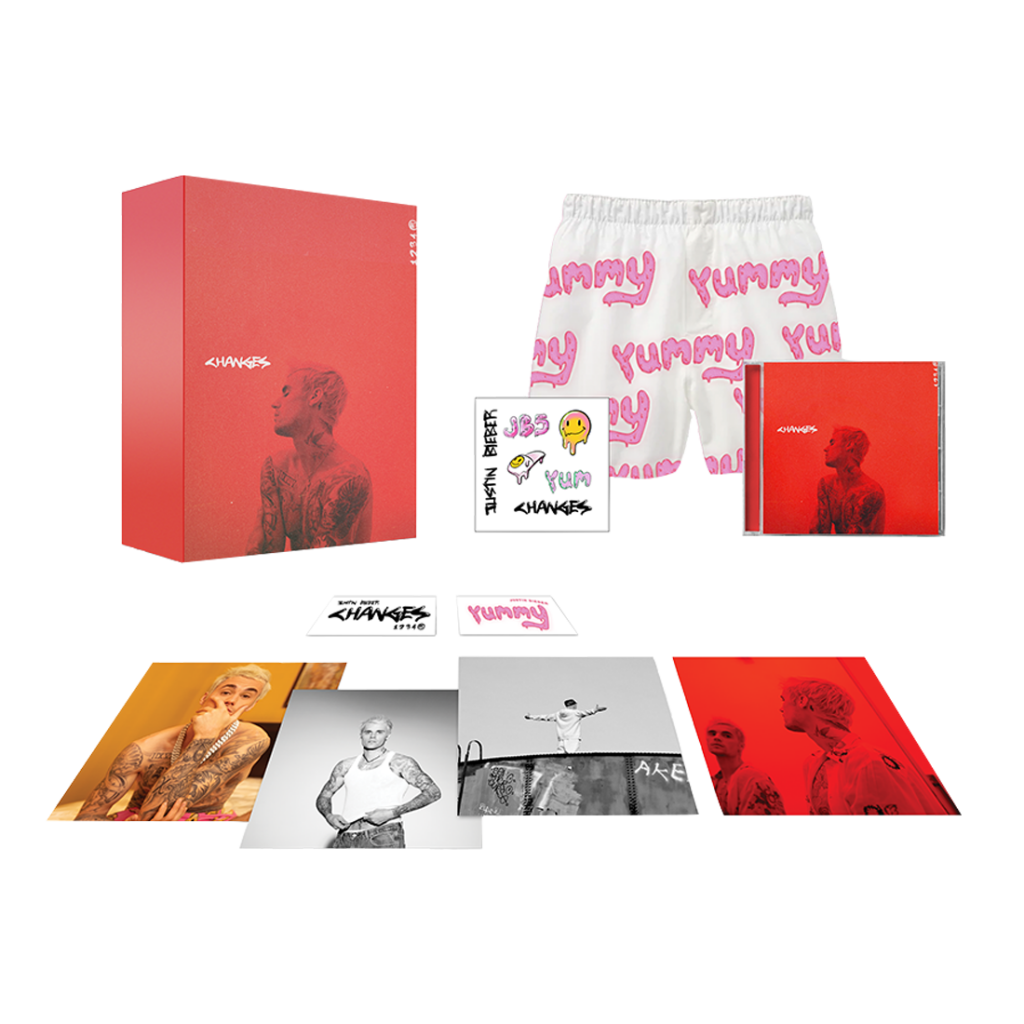 Changes is Justin Bieber’s 5th studio album that includes the lead single, Yummy, which reached 100 million streams on many platforms in no time. If you’re a Belieber then you should really purchase the album’s box set. It’s got boxer shorts and a sheet of temporary tattoos to match. 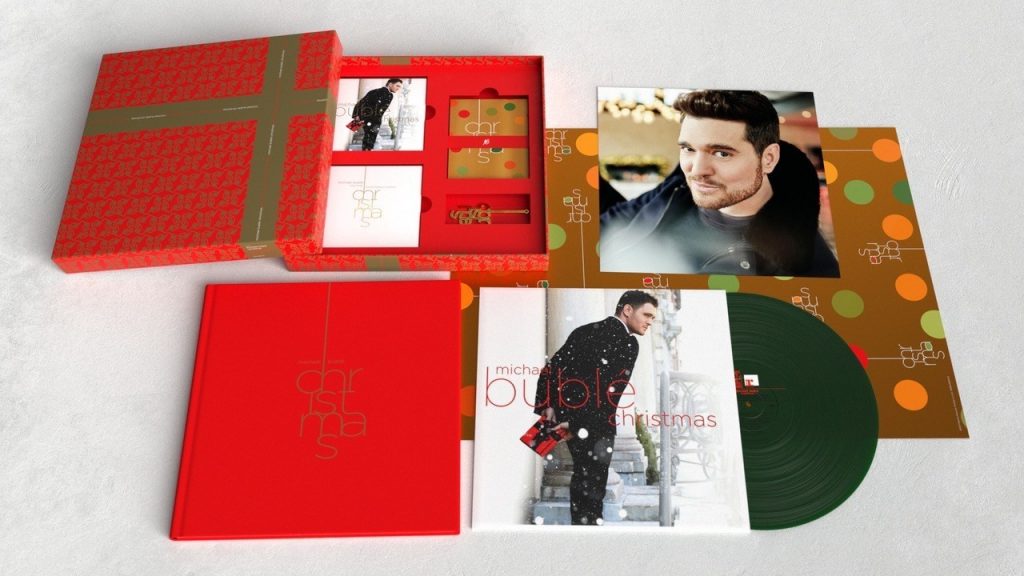 Christmas has already passed but this is not an obstacle to not buying a box set of Michael Buble’s Christmas album box set. Sure it would be quite weird, but what’s weirder than not having it in your possession, right?

The box set was released just last year for the celebration of the album’s 10th anniversary. If you didn’t get the chance to buy it last year this is your chance.

Don’t miss all the cool inclusions it has, like the personal letter from Buble, an individually numbered lithograph, and an exclusive unique Christmas ornament. 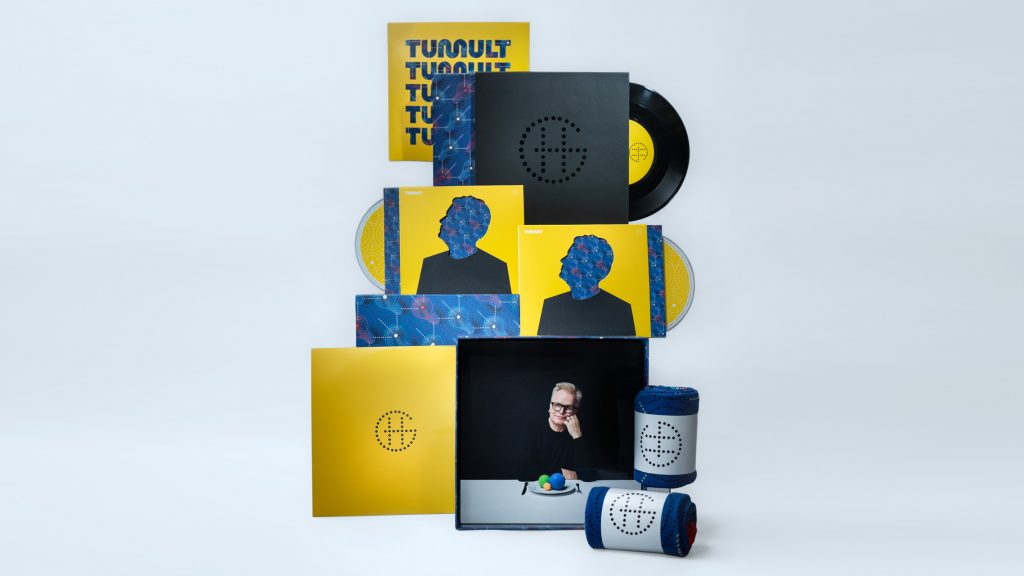 German musician, Herbert Grönemeyer, speaks his political mind in his 2018 album Tumult. And to ignite his fans’ political mind, he has released the album along with a box set.

The box set includes the album on CD, a limited deluxe version in digi with 5 bonus tracks, a limited fan box with unknown content , a double vinyl record album and an MP3 code in black.

Nena’s Oldschool album’s box set was and is still exclusive to Amazon Germany. So If you’re a fan who wants it, you can visit their website. The album’s box set has a lot included in it. It has a deluxe CD and double vinyl record as well as a bonus 7-inch vinyl record single. There are also badges, posters and stickers, so don’t miss out.

After the passing of the world-renowned Italian composer, Ennio Morricone, a box set was released. The box set included the album’s limited edition double 12-inch vinyl record with a 7-inch vinyl record in yellow. It also includes a poster of the legendary Once Upon A Time In The West composer. 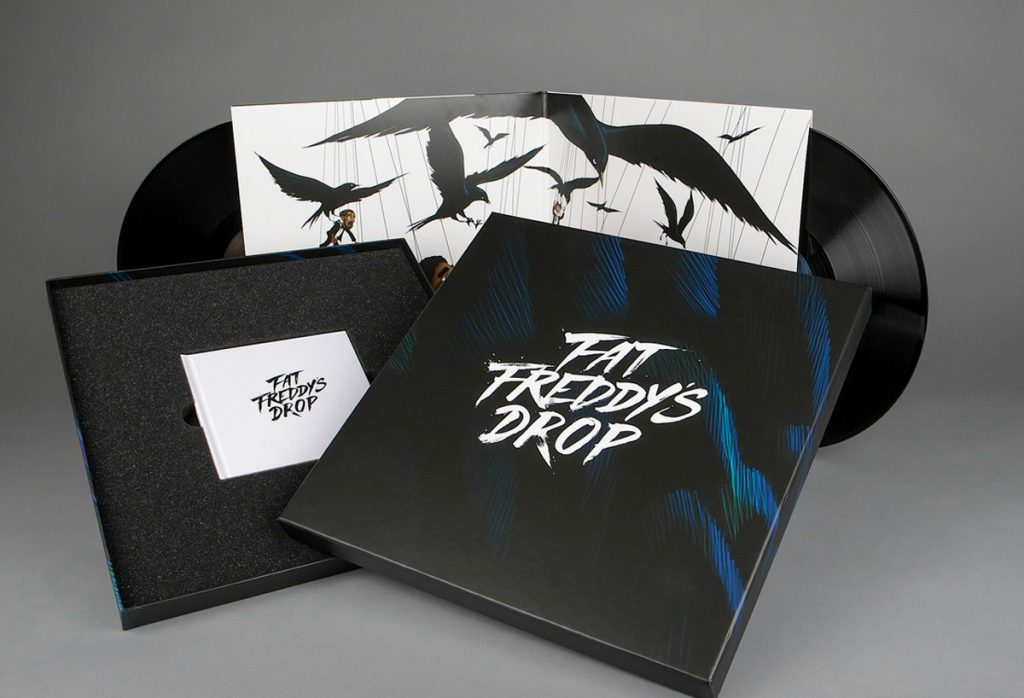 The seven-membered band from New Zealand had released a deluxe box set for the release of their third studio album, Blackbird. This box set is one that you would be delighted to have.

The main box is durable and has resistance to scratch. It houses two CDs in a high quality CD book and a double 12” vinyl pressing stored in a printed gatefold jacket. 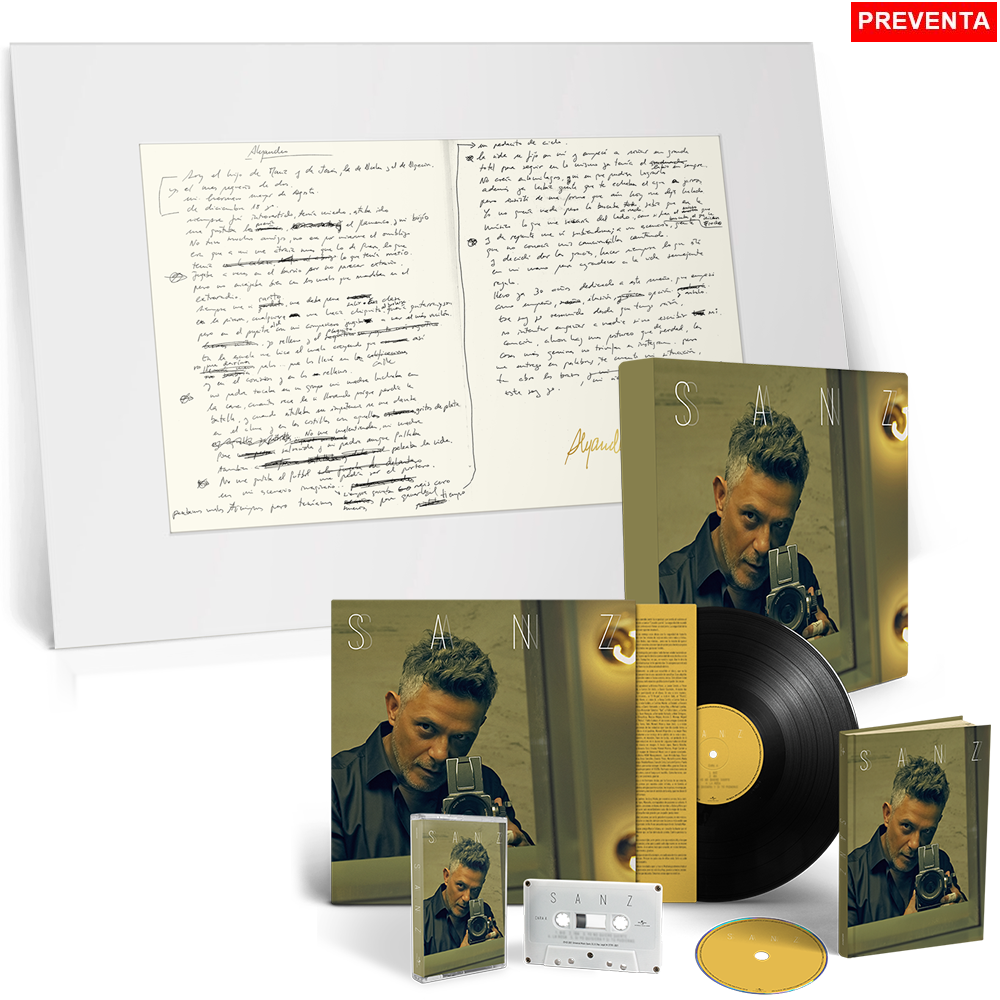 Sanz is an album of contradiction as it gives both consistency and dynamism. It contains 10 works of art that will take you on a musical journey.

If you want to experience it in different musical formats then you’re in luck because it has a box set that includes three. It includes a vinyl pressing, a CD, and an audio cassette tape.

#12 LEGION OF THE DAMNED – SLAVES OF THE SHADOW REALM 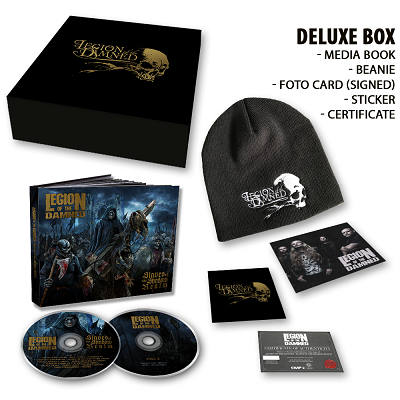 Four years after Ravenous Plague, Legion of the Damned came back with an additional member and presented their album Slaves of the Shadow Realm.

They released the album in a deluxe box which was limited to 500 units only. Inside the box set is a mediabook that houses a CD with two bonus tracks and a DVD, a beanie, a sheet of stickers, a signed photocard, and a certificate of authenticity. 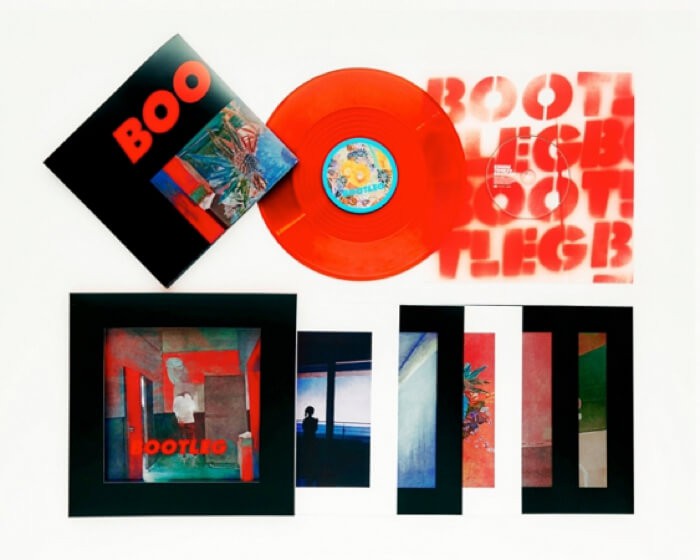 Bootleg is a Japanese album by Kenshi Yonezu. It’s box set includes most of the usual inclusions of a box set. It has a poster, a lyric sheet and art prints.

There’s also a color clear dummy record and a clear sheet with the BOOTLEG logo. Inside the box set a 12-inch vinyl record and a CD is present to represent analog and digital formats, respectively. 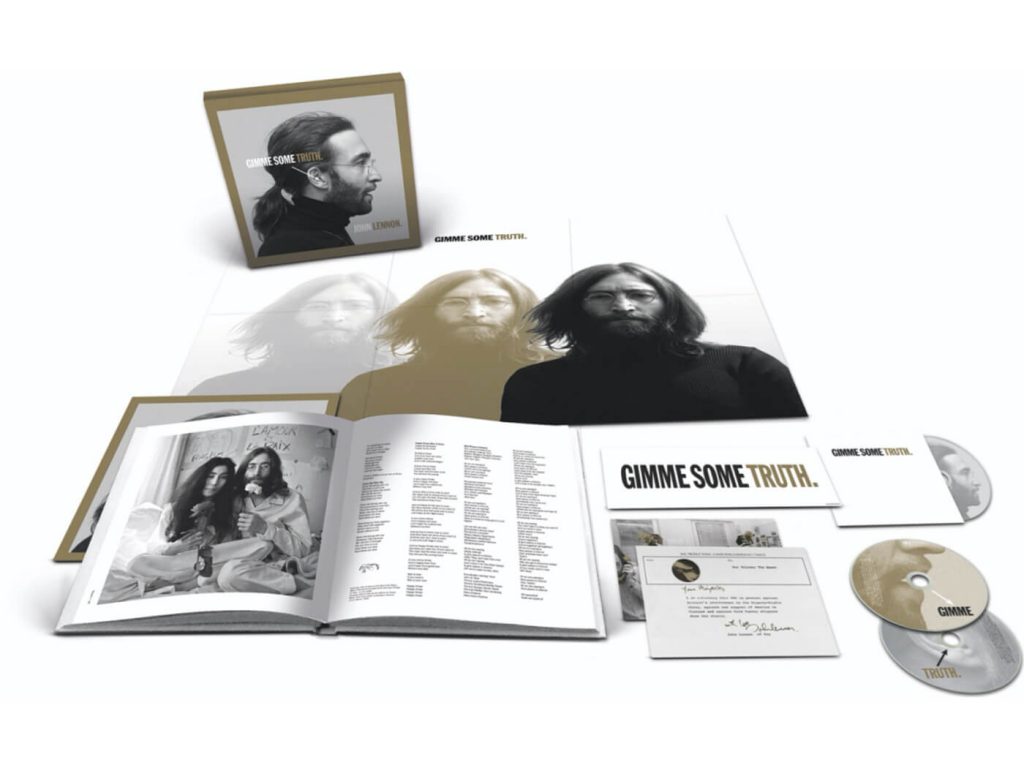 Another box set containing song’s from John Lennon post-Beatles was released on October 9, 2020. This was a way of celebrating his supposed 80th birthday if he was alive. The box set included a variety of physical and digital formats like CD, vinyl record, streaming, and download. 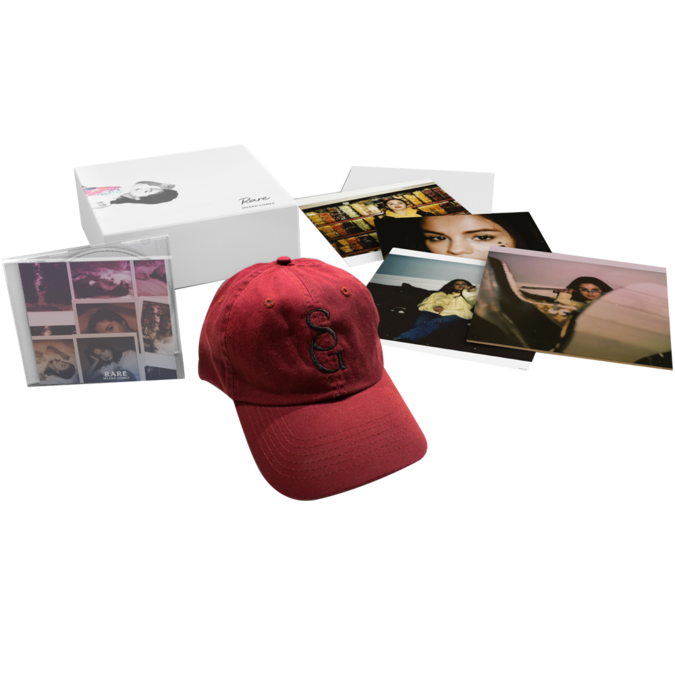 Billboard’s 2017 Woman of the Year released a Fan Box Edition last 2020 that features her album Rare. The fan box had a CD duplication of her album’s deluxe edition that included 5 additional hit songs. It also included a baseball cap embroidered with the letters ‘SG’, 4 art print cards, and an SG sticker sheet. 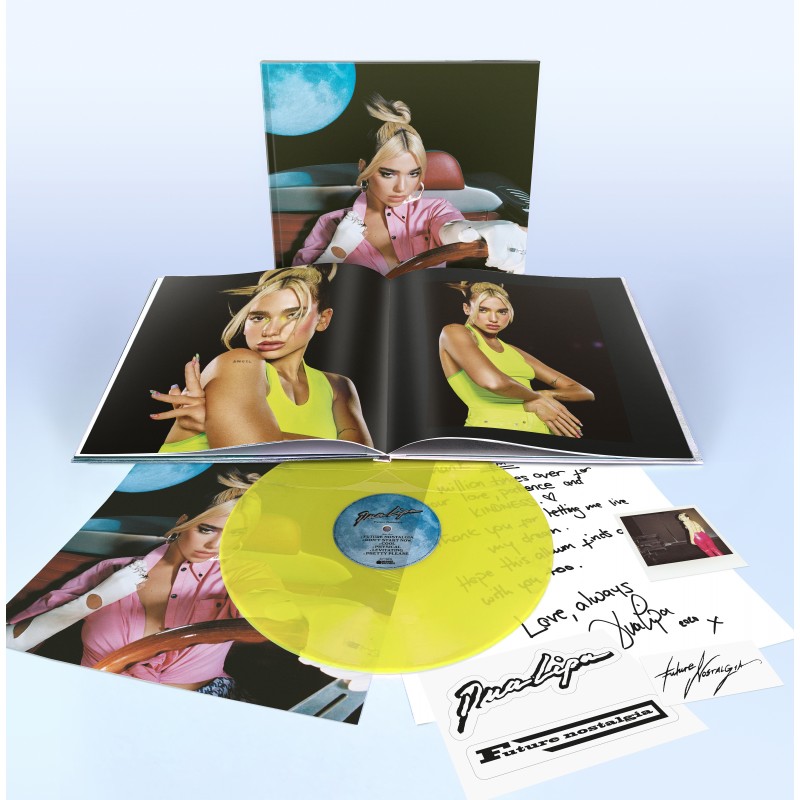 If you haven’t bought a copy of your Future Nostalgia yet, then I suggest you purchase the album’s box set. Not only is it a box set with other stuff inside it also contains an exclusive neon yellow custom colored vinyl record.

And it’s not just that, it also includes a 20-page photography book, an art print, a thank you note from Dua, a tattoo replica of Dua’s ‘Future Nostalgia’ tattoo, stickers, and one out of five polaroid images. 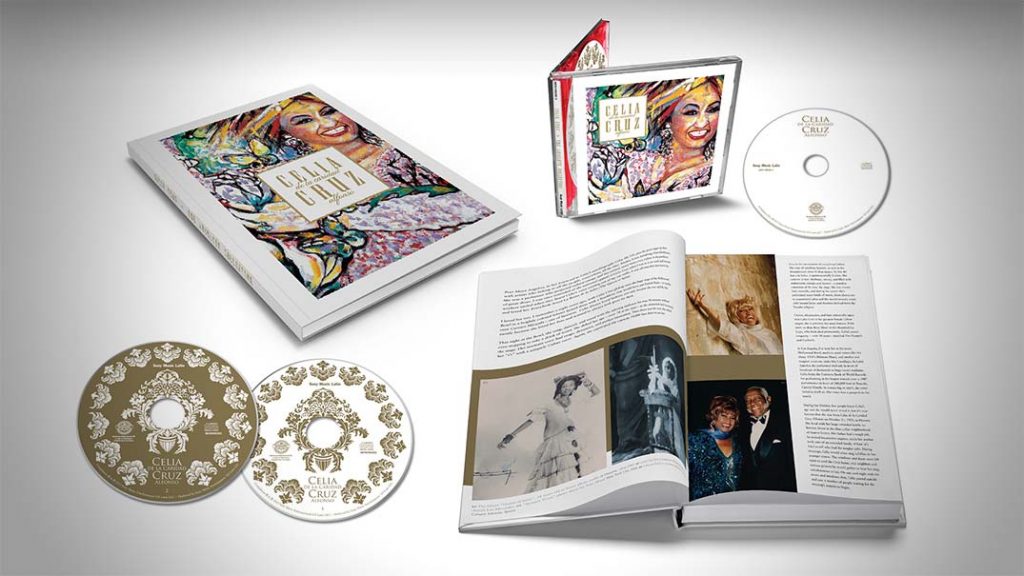 Celia Cruz’ The Absolute Collection box set is an amazing way and proof that reminds music fans of how the legendary singer earned her international fame and title “Queen of Salsa”.

The box set includes a two-disc collection that covered her entire career with 30 of her re-mastered tracks. It is accompanied with a 60-page book that features 70 never before seen photographs, quotes from high-profile admirers, and written liner notes by Tom Schnabel. 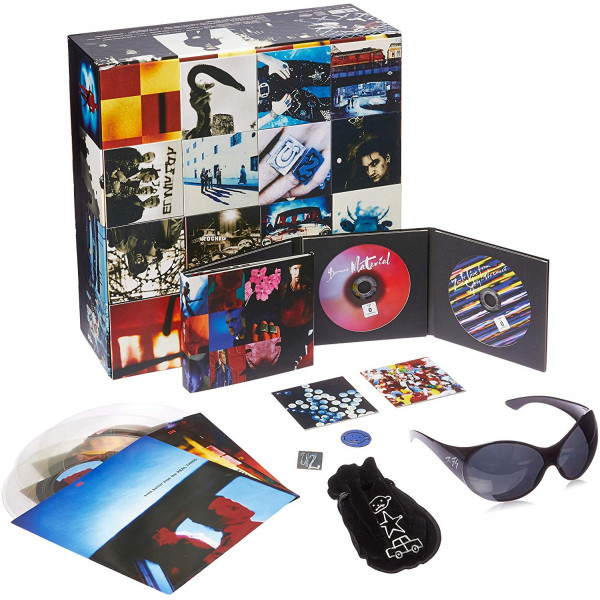 Achtung Baby is U2’s 7th studio album which was released in 1991. For the album’s 20th Anniversary, U2 released a box set. It contained a lot of merchandise that fans surely loved.

The box is a big one covered in magnetic puzzle tiles that you can set aside if you want. Inside the box is an 84-page hardbound book, a propaganda magazine, art prints of the album cover, and a 12” square sticker sheet. There’s also a velvet pouch with 4 metal pin badges inside as well as a pair of Bono’s “The Fly Sunglasses”. 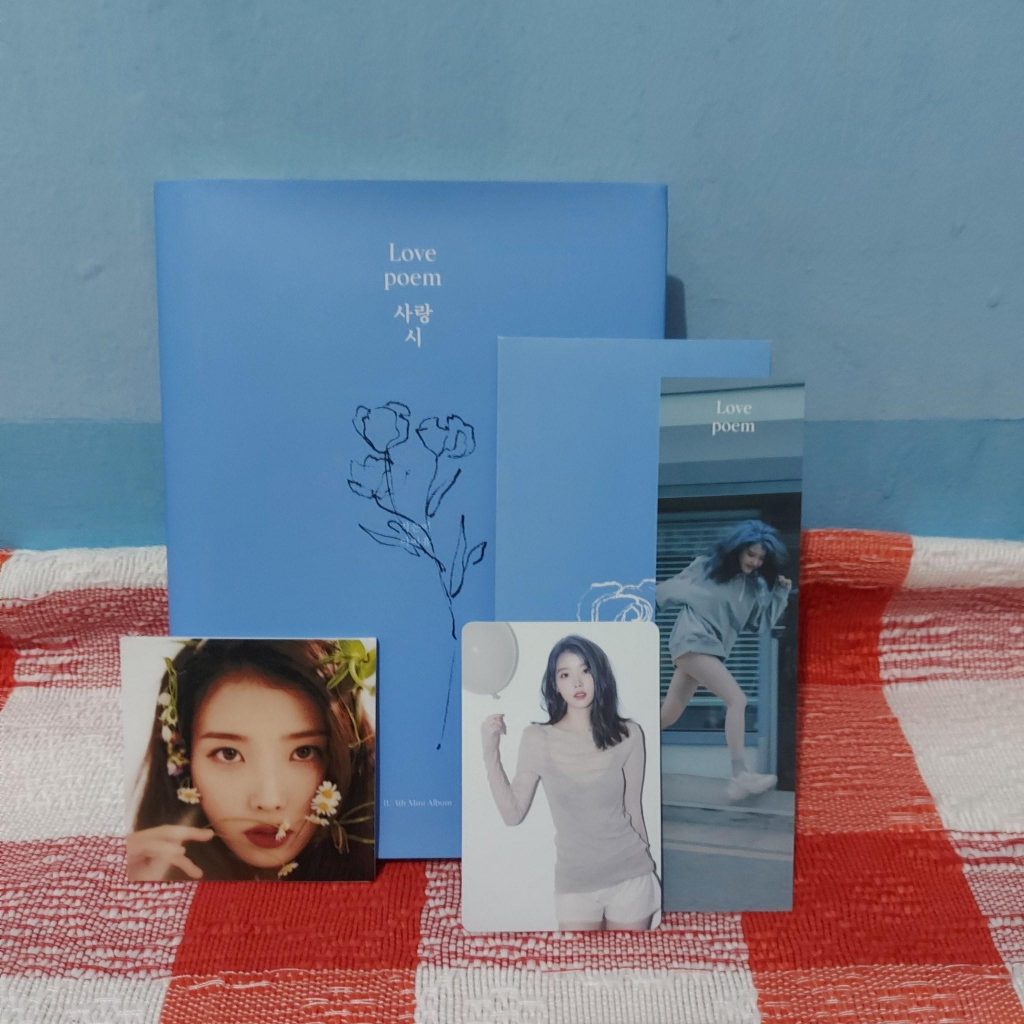 If you’ve been a K-pop fan for a year or two, then I’m sure you already recognize Lee Ji-eun, or more professionally known as IU. Love Poem is her 7th EP released in 2019.

The box set has a CD, photobook, and poster. It also includes a lot of little trinkets most fans of the genre collect, like photo cards and bookmarks. 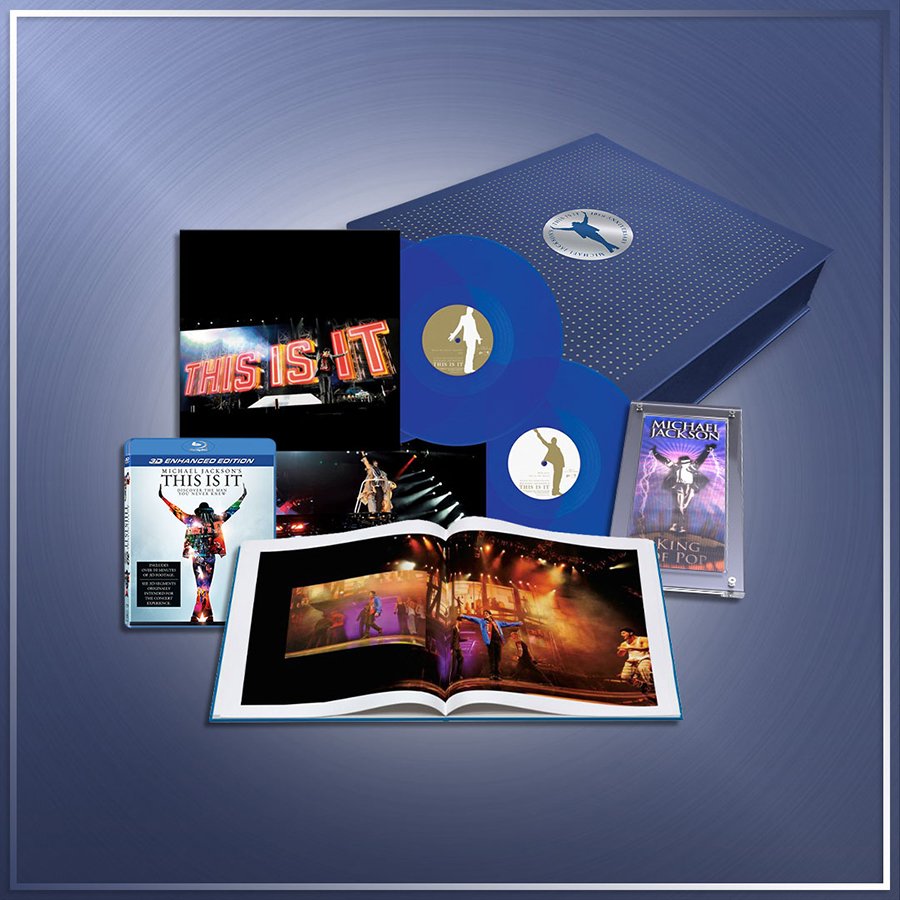 Any album box set of Michael Jackson’s work is surely worth buying, but this This Is It box set is just something else. Not only does it contain his all-time favorite hits but it also includes a copy of his documentary-concert film.

It features the King of Pop during his rehearsals and preparation for the This Is It concert series.

We can create any packaging and box set from the ground up. Hit us up!

There is no denying that the most popular physical album around the world for this year and the past two years have been vinyl records. Vinyl sales in the US, according to the Recording Industry Association of America’s (RIAA) 2022 mid-year music revenue report, have risen by 22% in the first half of 2022. The […]

Dos and Don’ts When Sending DVD Screeners to Film Festivals

DO MAKE AN EFFORT TO MAKE YOUR DVD PACKAGING ATTRACTIVE. The programmers certainly appreciate a good-looking DVD packaging. Actually, they’re pretty easy to impress. As long as your DVD case is presentable enough and it’s obvious you put some thought on your DVD packaging, they’d be smiling. Give them a plain DVD without even a label and […]