Are you looking for a great way to make your vinyl record more creative?

Allow us to help you get creative with vinyl record pressing.

There are tons of ways to design the actual vinyl record like having multicolored vinyl records, records that glow in the dark, or maybe vinyl records in different shapes.

However, we’re not talking about those today.

Today, let’s talk about the things you can put in a vinyl record…and we mean, actual stuff!

Here are some of them. 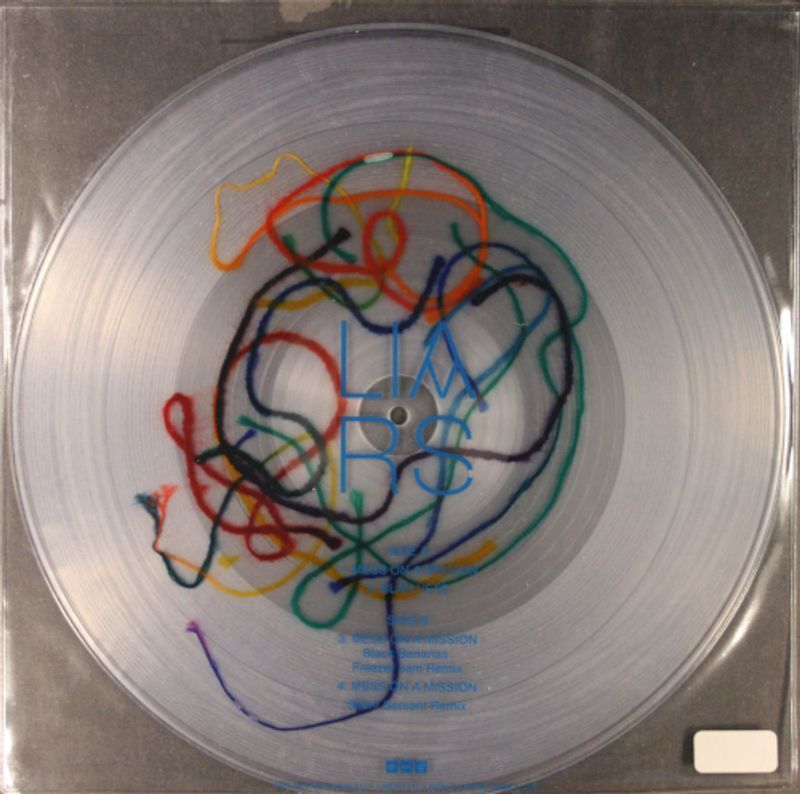 First on the list are strings. It could be yarn, twine, or even thread. And you can even use a single color or have many colors like the example we have above.

The example is a 12” custom vinyl record that holds the single Mess on a Mission by Liars from their album Mess. The different colored yarn strings were embedded into clear vinyl records that created this mess of a masterpiece. 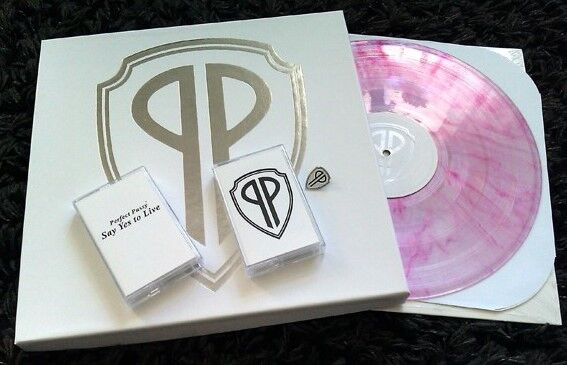 Yes, you can definitely put blood inside your custom vinyl records. You would have to visit your pressing plant though, because you’ll have to give them your blood or other people’s.

In the case of Perfect Pussy’s vinyl album for Say Yes to Love they had Meredith Graves’ blood pressed into the wax itself. 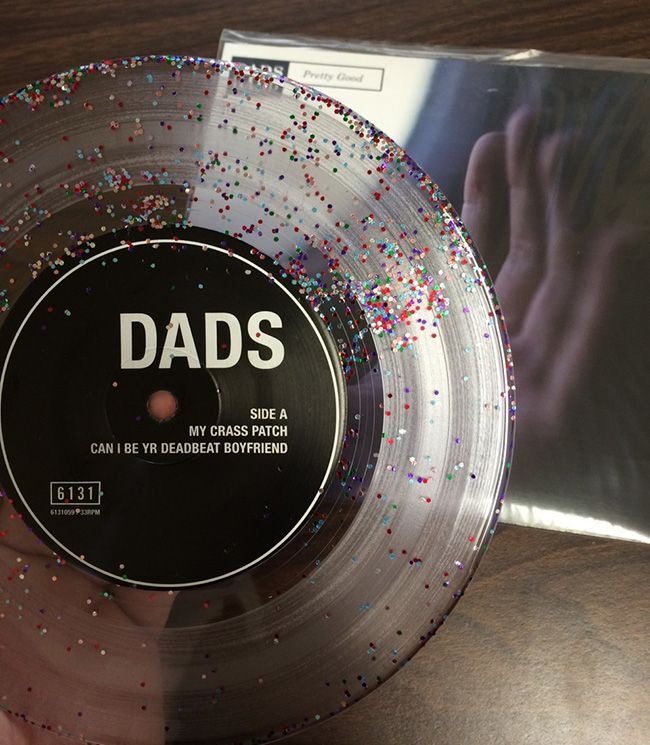 Glitter is the easiest, most common thing you can put inside a custom vinyl record, but they’re very beautiful to have on. You can have glitters on colored vinyl records or have them on clear ones like the one above.

It is one of the products of the fourth pressing of Dads’ EP, Pretty Good, in 2013. It is a 7-inch vinyl record with rainbow glitters sprinkled into a hundred copies. 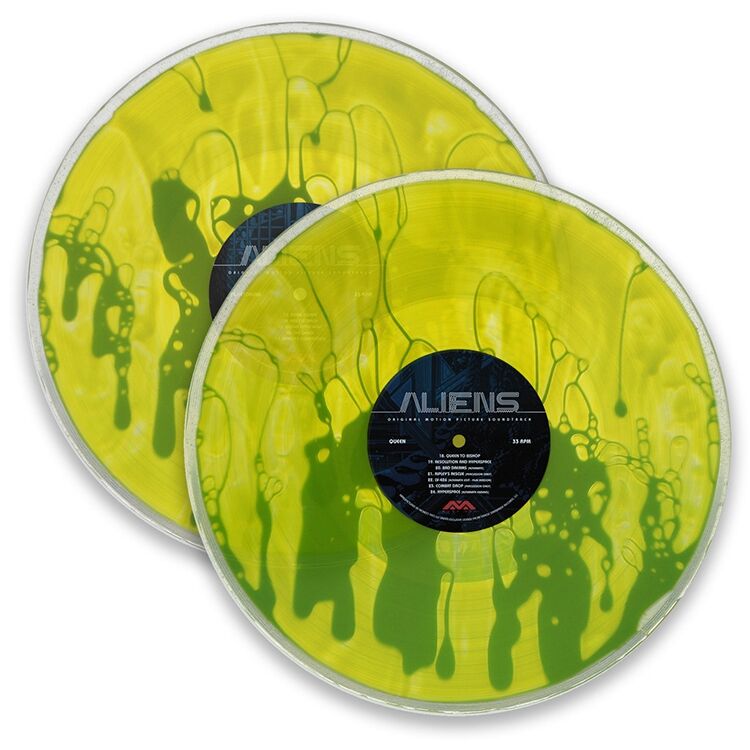 Another thing that is usually put inside a vinyl record is liquid. Most of the time the liquid is colored like the green liquid inside the yellow see through the custom vinyl records above. 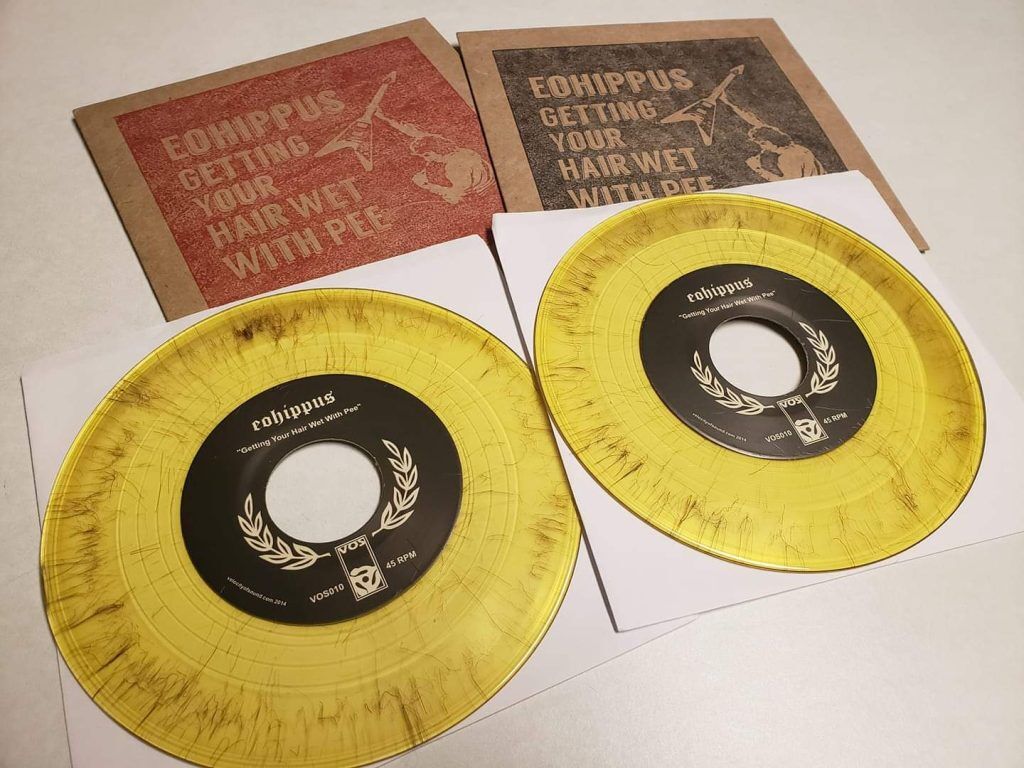 You might be wondering if the liquid inside is really urine and so I am here to confirm that it is. Hair’s okay inside a vinyl, but urine inside it is a little bit disgusting.

This didn’t stop Eohippus and why would it when the title is literally Getting Your Hair Wet With Pee. 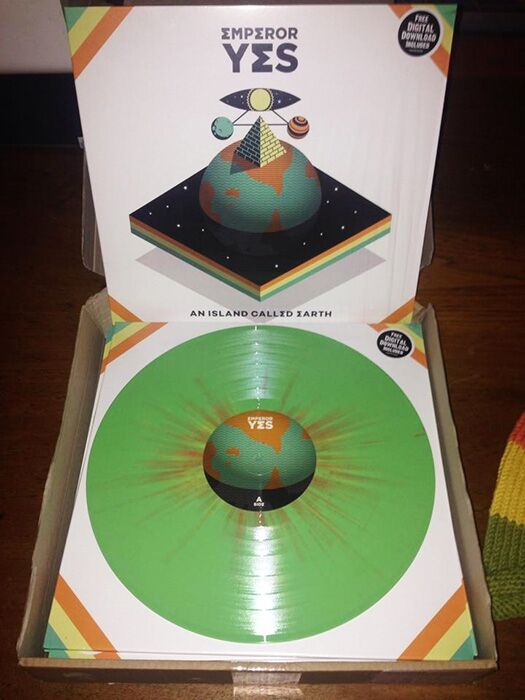 This is a rare one obviously, because how would you get your hands on real asteroid ash, right? Anyway, a hundred copies of these vinyl records are custom vinyl pressing of Emperor Yes’ An Island Called Earth.

The Cosmos edition of the album is colored green, yellow, or orange while containing sprinkled fragments of an asteroid that had crashed into earth in the 16th century. 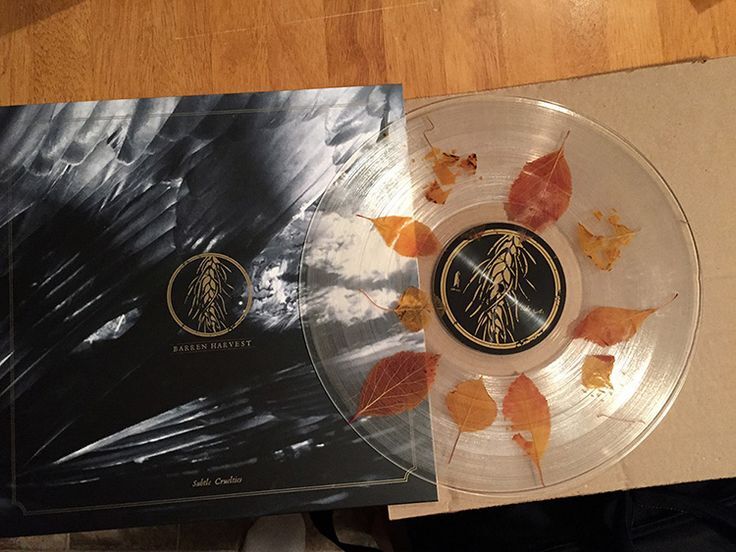 Leaves can be pressed into vinyl records too. If your song is more “naturey”, then this design would surely fit your concept.

For Barren Harvest’s Subtle Cruelties album, he had autumn leaves pressed into clear vinyl records. You can, of course, choose other colored leaves, but it would be best to stick with thin ones. 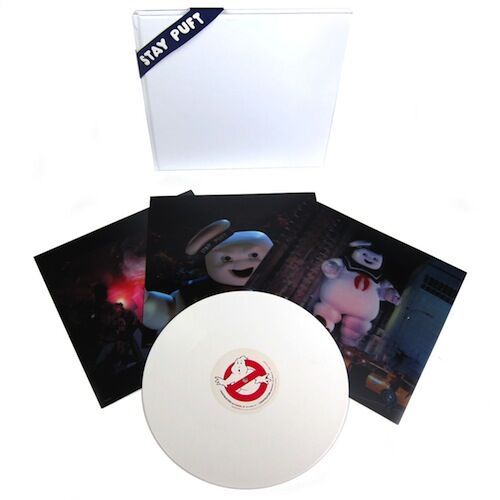 Yes! You can put scents on your vinyl records too. Just like what Legacy released for Ghostbusters’ 30th anniversary edition. The vinyl smelled like marshmallow, just like the Marshmallow Man from the movie. 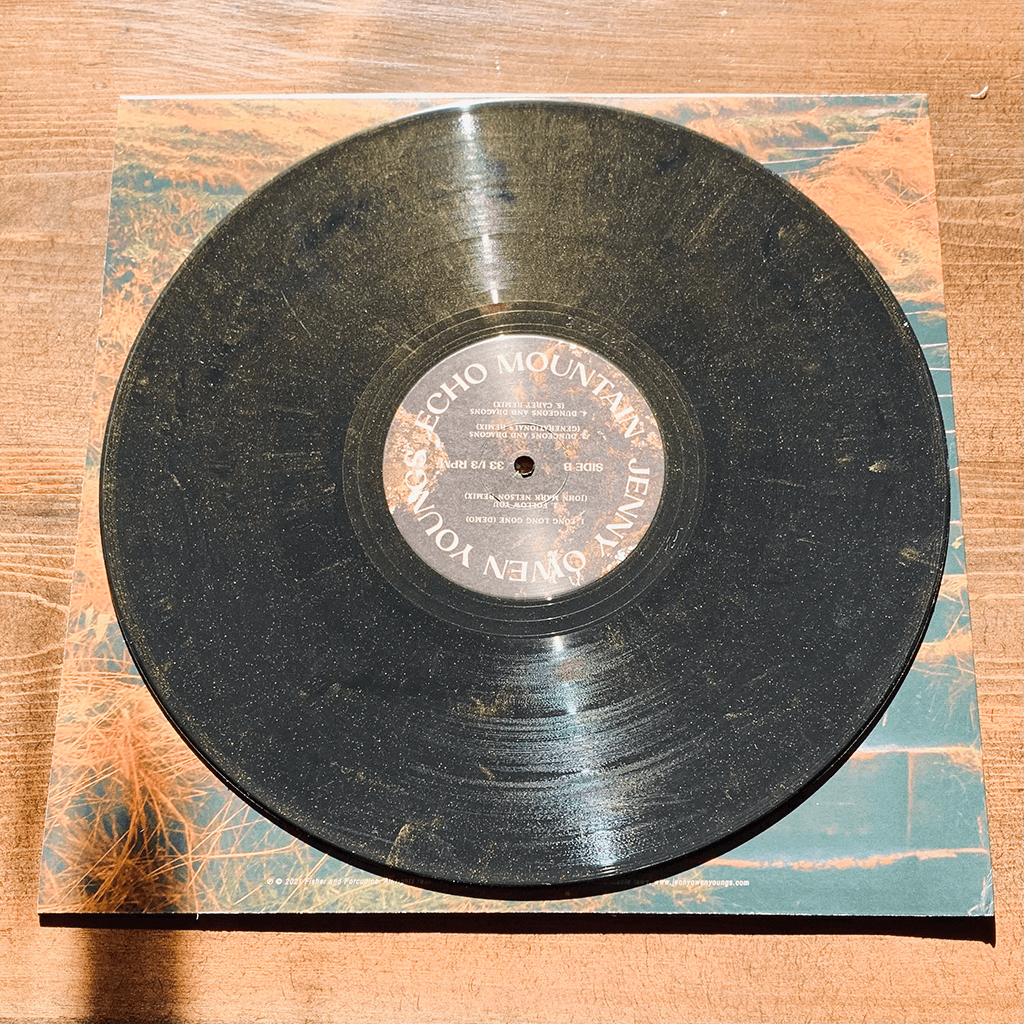 Gold dust surely looks good against an opaque black vinyl record. It would be best to put it inside dark colored vinyl records to get a gold dusty effect on its surface.

The example above is a black 12-inch vinyl record of Jenny Owen Youngs’ album Echo Mountain. 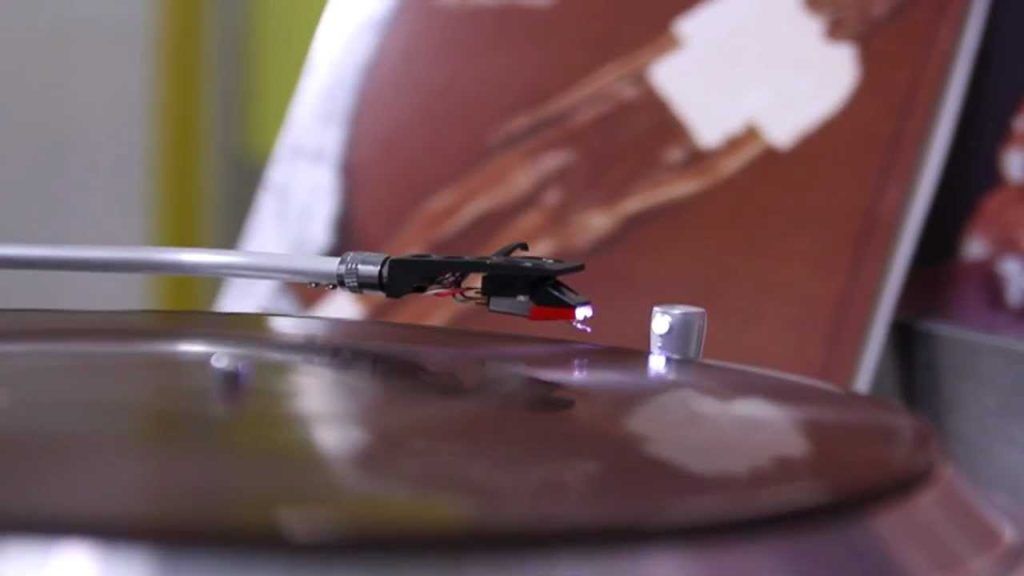 Chocolate is apparently not just for eating, it can also be used to listen to music! If you thought this could not be possible then here’s French DJ Breakbot with a limited vinyl pressing of his single By Your Side. 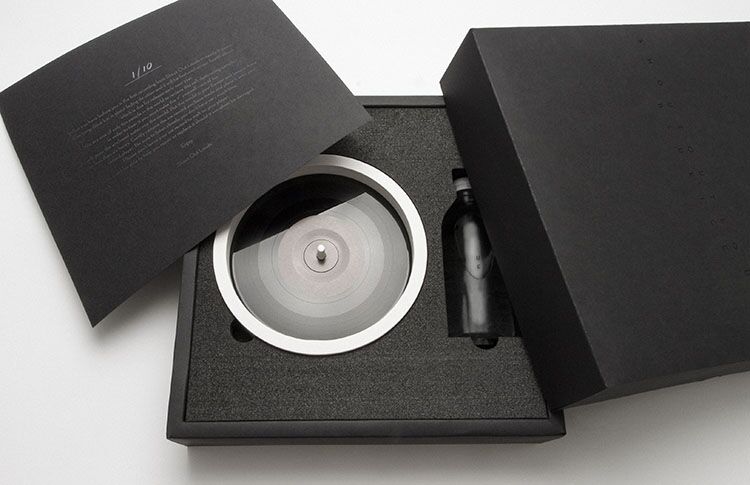 Another cool material for a record is ice. You can have this created for yourself too just like Shout Out Louds for their single Blue Ice. 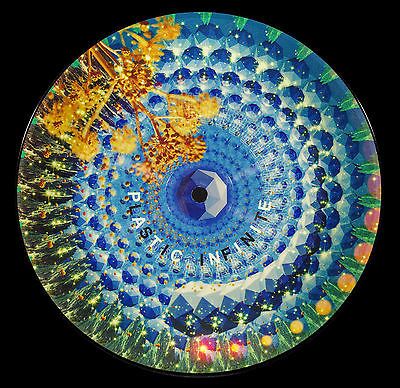 You can also have printed or etched images on your vinyl records. It will not be just a feast for your fans’ ears but also a feast for their eyes, because they get to see an animation while the record plays. 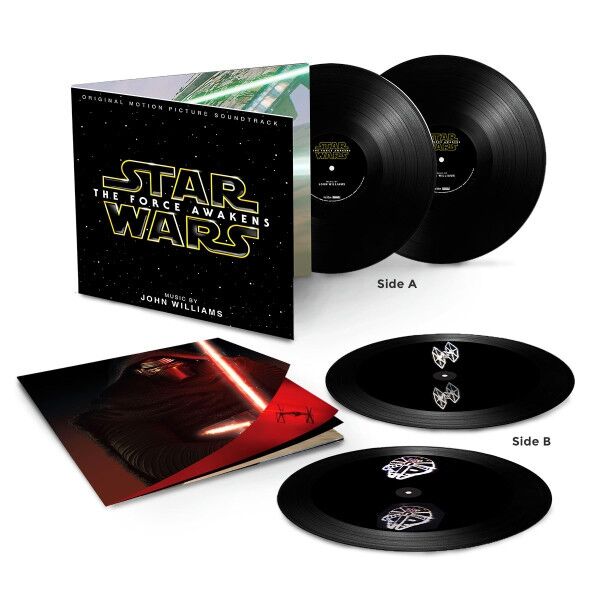 Holographic images can also be carved into your custom vinyl records through the use of micro-reflectors. The first record with this hologram was Jack White’s Lazaretto in 2014.

The example we have here is John William’s Star Wars: The Force Awakens Soundtrack. The record has TIE Fighters and Millennium Falcon etched into its surface.

#14 ASHES OF THE HOLY BIBLE 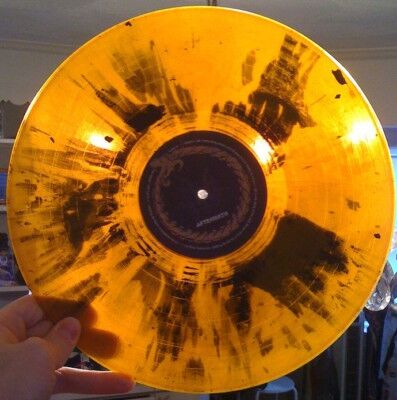 There is only one band that had ashes inside their custom vinyl records. That band was Hellmouth of Detroit, and the album was entitled Gravestone Skylines.

The holy bible was a German Bible from the late 1800s which was burned by the band. The ashes were pressed into orange colored see through custom  vinyl records. 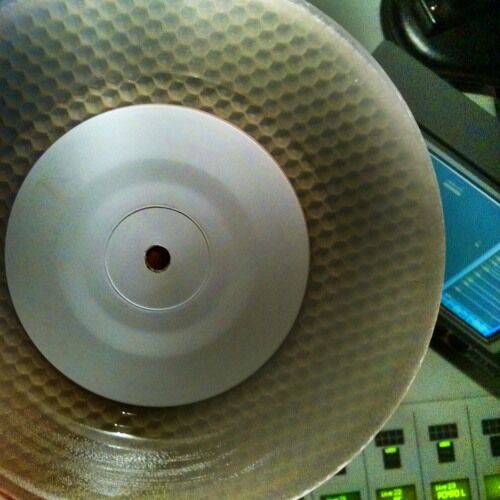 Other than chocolate and ice, beeswax can also be used to create a playable record. To celebrate the return of Honey Disco after a hiatus, Osmose released a 7-inch vinyl record pressed with natural beeswax for the single Do Anything.

The custom record is translucent and has a honey smell when played on a record player. 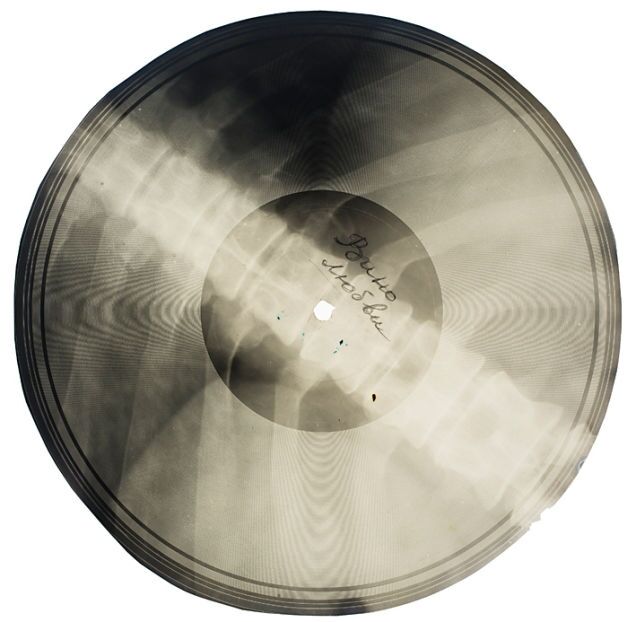 Discarded x-rays were very useful for listening to music in the Soviet Union. During the cold war, bootleggers used these by etching the grooves of a record on them, cutting them into a circle and then burning a hole at the center.

It’s actually a good replacement for vinyl since they are a lot cheaper (given that they are already of no use). 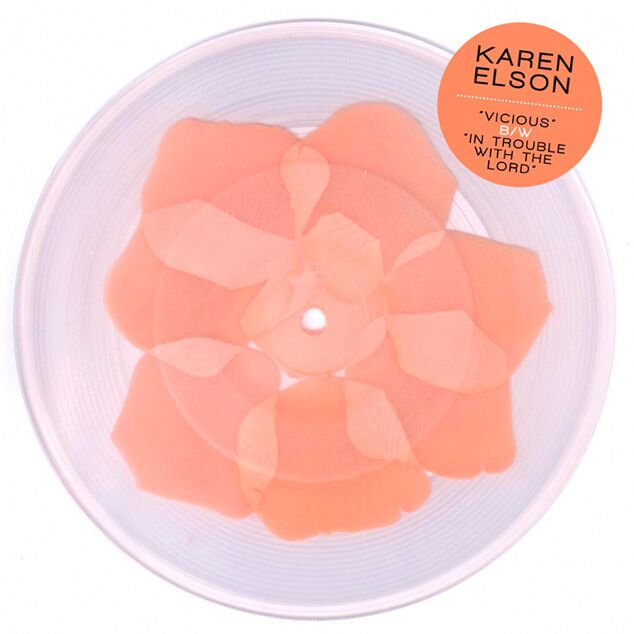 Another thing from nature that you can put inside a vinyl record is flower petals. It has to be a little more spread out, though, to prevent affecting the vinyl records’ grooves.

The petals you see on the example above are from a rose and this is a copy of Karen Elson’s cover of Lou Reed’s Vicious. 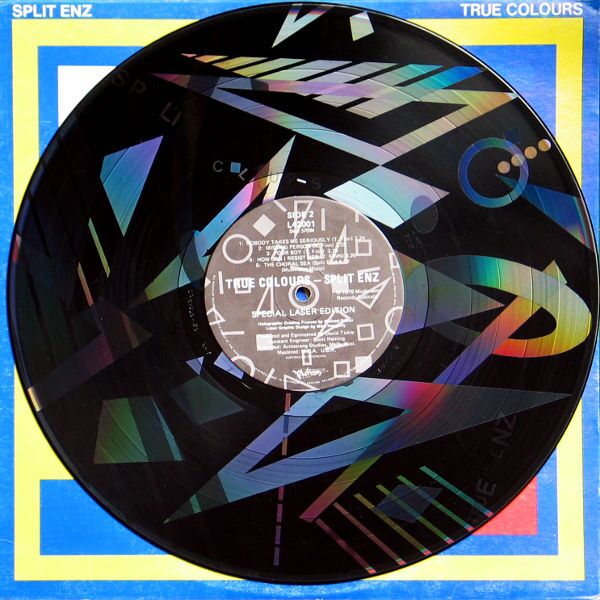 If you don’t want a hologram for your records, you can have these laser etchings, however, they are better placed on a non-playable side of a vinyl record. They can still be put on the groove side though without affecting the grooves, but it can be quite a risk.

The record above is Split Enz’s True Colours which was released in the 1980. When it spins on a turntable, it shines like a CD with its trippy geometric shapes. 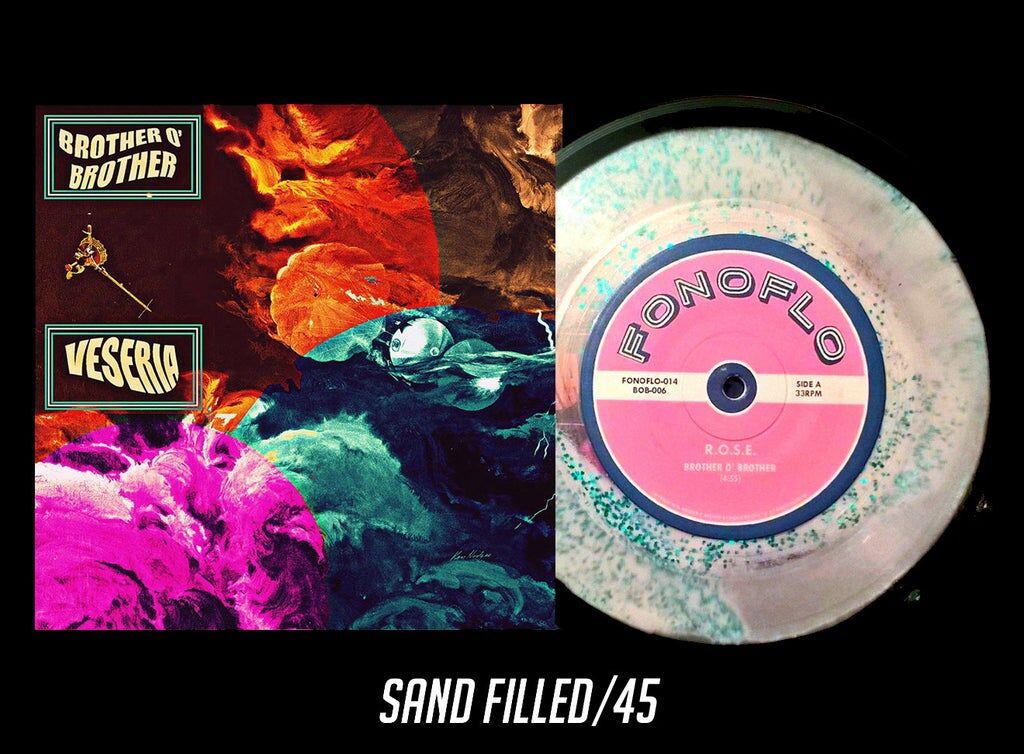 We’ve already seen records filled with ashes, now we have a coarser one, sand. This vinyl is by Brother O’ Brother and Veseria.

The custom vinyl record is filled with white sand and blue glitters that moves a little slower than liquid when spun on a record player. 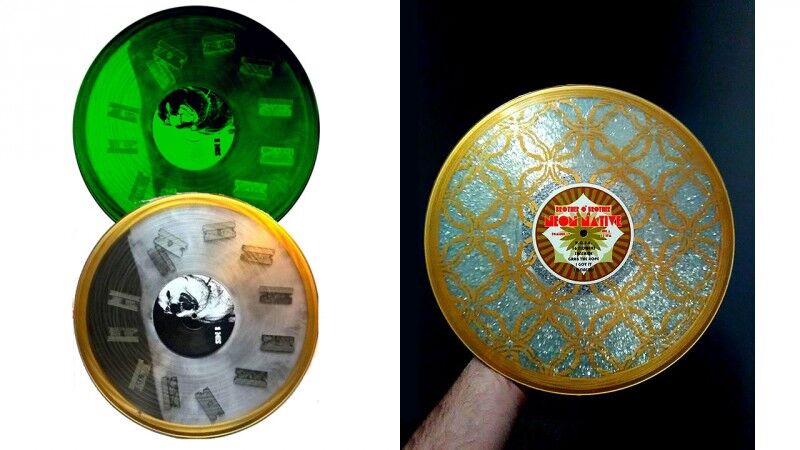 Last are razor blades and gunpowder. Just from the things embedded within the custom vinyl records, we can already conclude that this album is from a rock musician.

The owner of these records is the duo Ghost Wolves and the title of the album is In Ya Neck V2.

And that’s the end of it!

If you’re planning on releasing a badass vinyl record and don’t have  a pressing plant in mind, why not try us. We can do all the things above and more!

Anyone can file a lawsuit and the costs of defending yourself against a claim are high, regardless of how strong your case is. Combined with vague standards, the result is a chilling effect for every independent artist hoping to build upon or reference copyrighted works. This is what Andy Baio wrote on his blog. Baio, […]