Album covers go way back, way back and it’s thanks to vinyl records and their inner sleeves—and of course the awesome art directors and artists— that vinyl album artwork has become a thing.

It’s even in the Grammy’s.

Inner sleeves in the past were just there to add a layer of protection for the vinyl records, however, great artistic minds thought of making it a part of their canvass so they had it designed with anything that related to the music pressed on them.

Now, album covers have  become the face of an album and will surely continue to do so. If you are a fan of portraits on album covers, then this article is your holy grail.

Here are 20 vinyl album covers that know how to rock portraits. 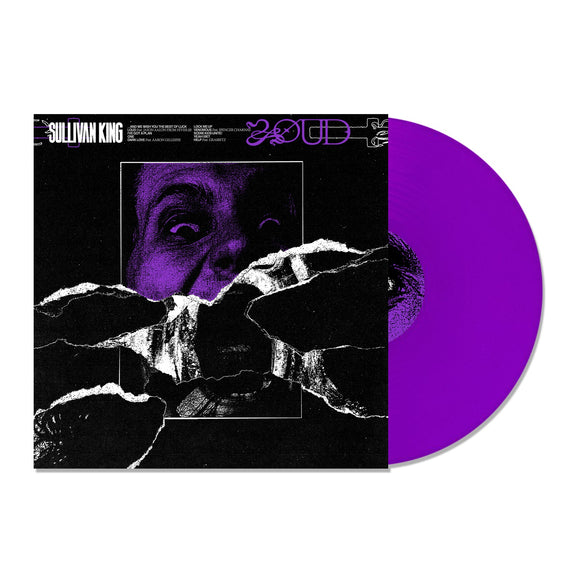 Keaton Prescott, or more professionally known as Sullivan King debuted with his hard rock album LOUD. It was released last year on November 24 with a neon purple colored vinyl record.

The record is protected by a white vellum anti-dust sleeve and printed single jacket. The jacket features the artist screaming with his open mouth looking like it tore apart a layer of the jacket. A truly loud portrait cover for a truly loud album. 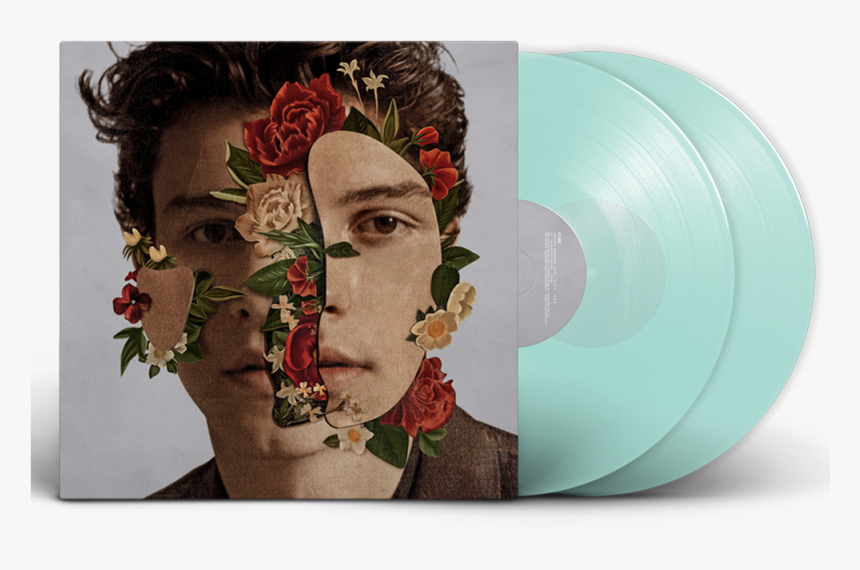 We all know Shawn Mendes’ third studio album which includes the lead single, In My Blood. It’s an album to remember especially the deluxe edition released in 2019, where we got to have Señorita, the second single performed by Mendes and Camila Cabello.

Another thing that makes this album memorable is its album cover. It features Mendes with a side of his face detached from the rest with a garden of flowers bordering it. It’s a beautiful portrait don’t you think? 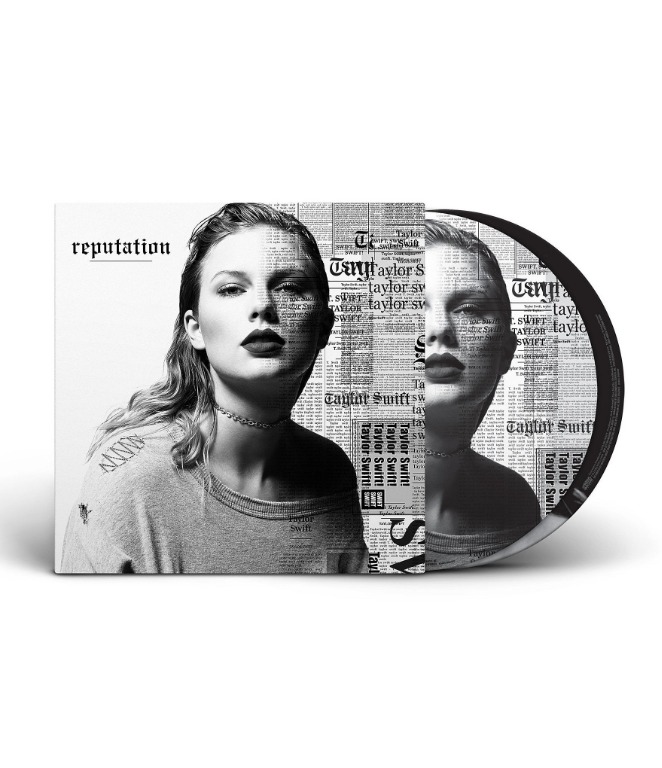 Taylor Swift is known for releasing full-length albums and EPs with her portrait flashing on the cover. But the one that got to this list is her 2017 album, Reputation. The album cover is Taylor’s first black and white cover.

What makes it better than the others is the mood it exudes. It exudes a dark feeling which seeps through the album’s songs. Very different from all of her other covers. 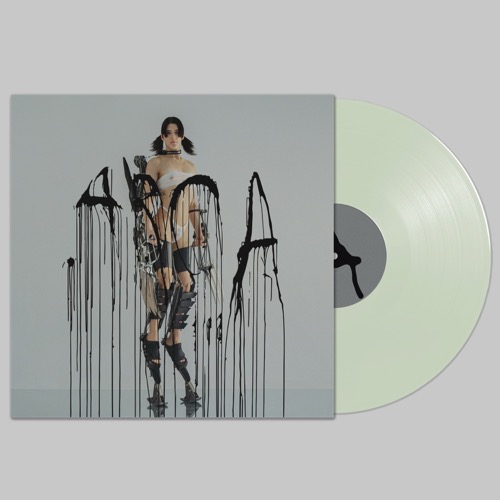 Arca’s Kick I is the first of the many Kick albums that she has released. The album cover shows Arca in full body length as she stares into the camera wearing her white undies and black warrior-like gear. It’s something truly different from the others with its fictional and mythical feeling. 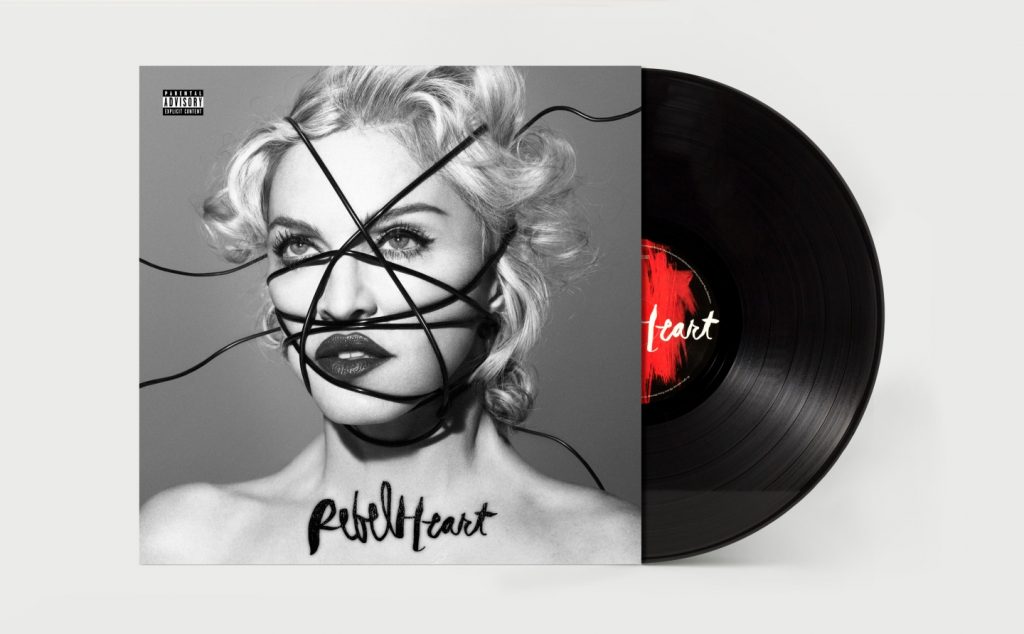 Rebel Heart is Madonna’s thirteenth studio album released in 2015. The album cover of the album was both iconic and controversial. It features Madonna wearing wires criss-crossing over her face.

The cover actually became a meme where artists, like Michael Jackson and Marilyn Monroe slipped on the wire face mask. However, when versions of it for those like Bob Marley and Nelson Mandela, fans were outraged. 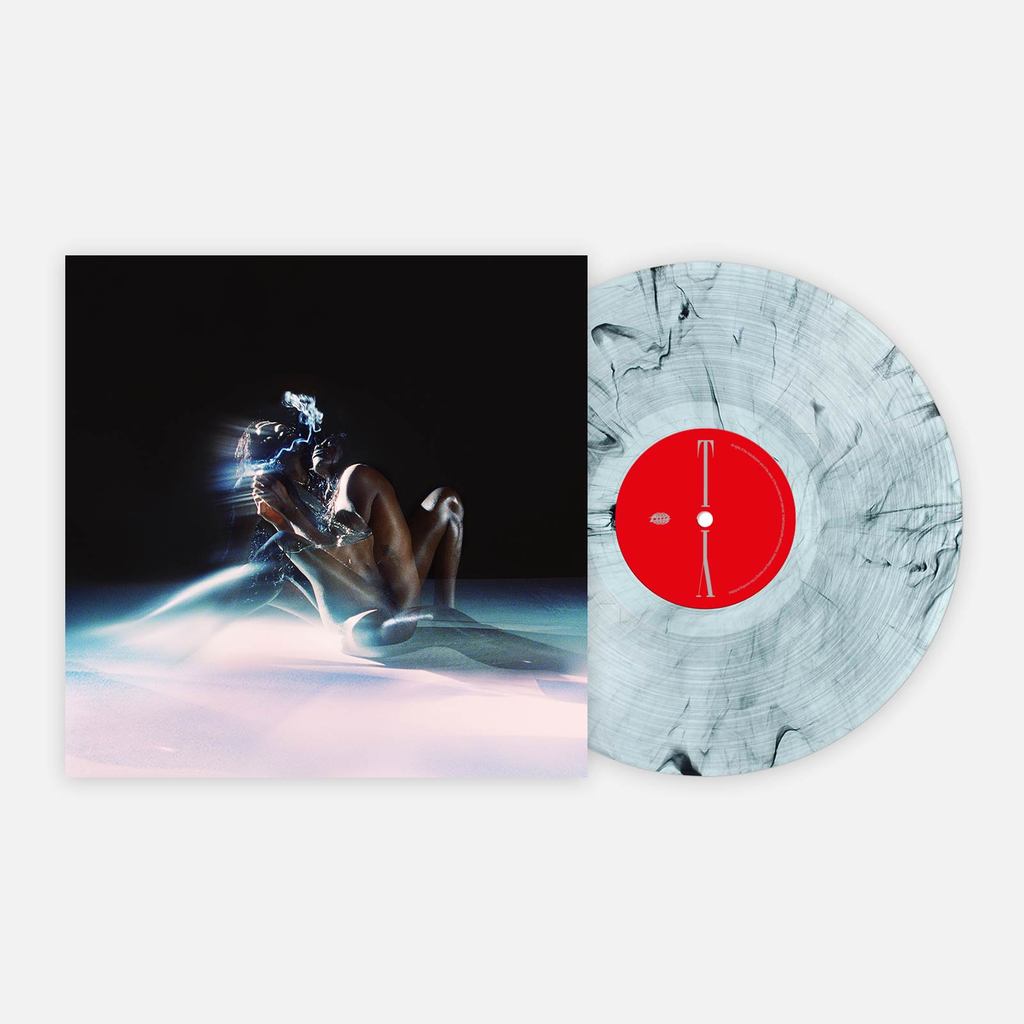 Yves Tumor’s music has always created a dreamy, experimental and oftentimes unnerving soundscape. His Heaven to a Tortured Mind is an album that checks all three boxes.

And so does the album’s cover that features two indistinguishable naked people entangled with one another. 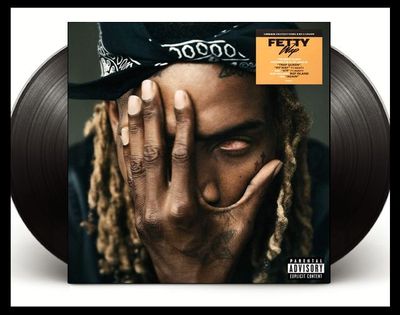 Fetty Wap’s eponymous album is a world renowned one as it makes history with four simultaneous entries on the Hot Rap Songs chart. What makes this album cover special is the spotlight it has put on Wap’s left eye, an eye he lost from congenital glaucoma.

It is apparently his most Googled physical feature. Highlighting it for his album cover made the album itself all the more priceless. 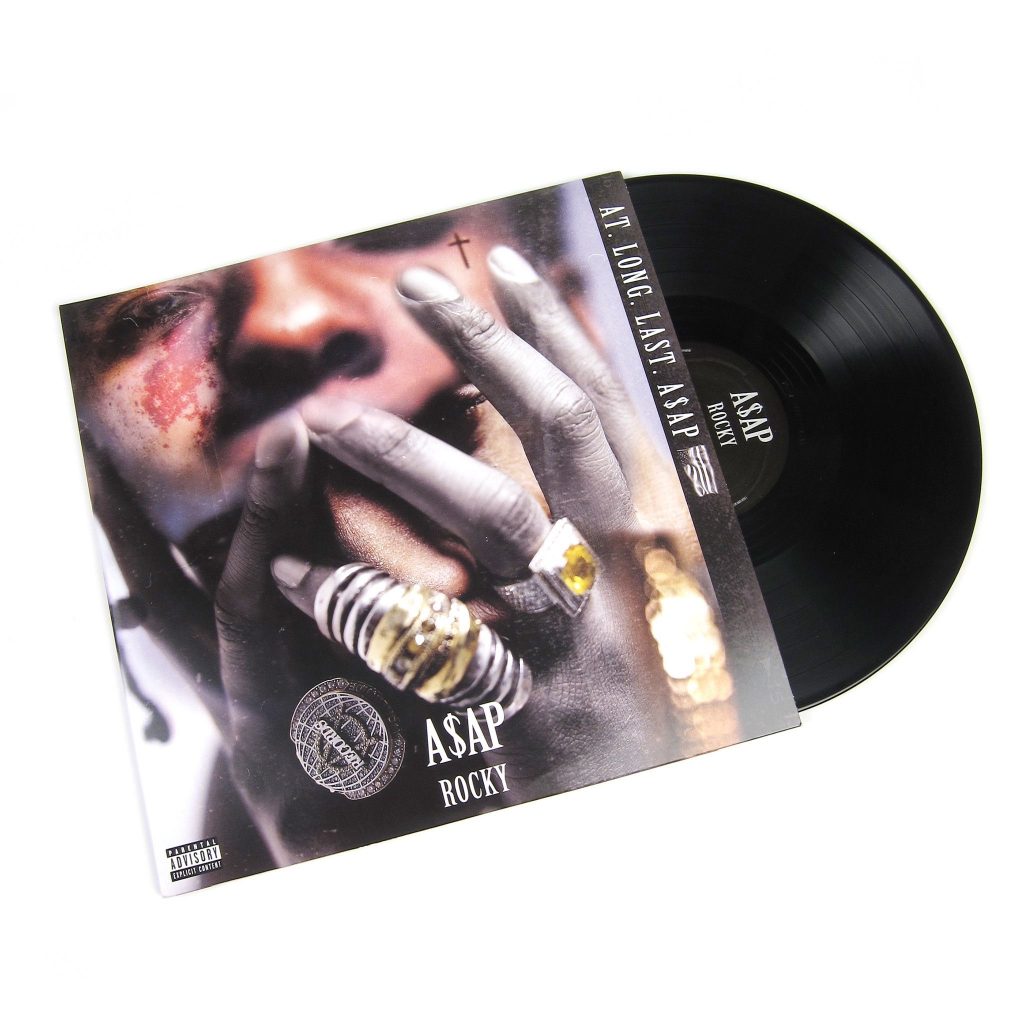 At. Long. Last. A$AP.’s album cover is one for the books. It is both a flex of wealth and a tribute to a friend. It can be seen that Rocky is featured while covering his mouth part with his hands full of rings.

But when you give the cover a second look we see A$AP Yams’ face through Rocky’s fingers and his tattoo and birthmark on Rocky’s face. 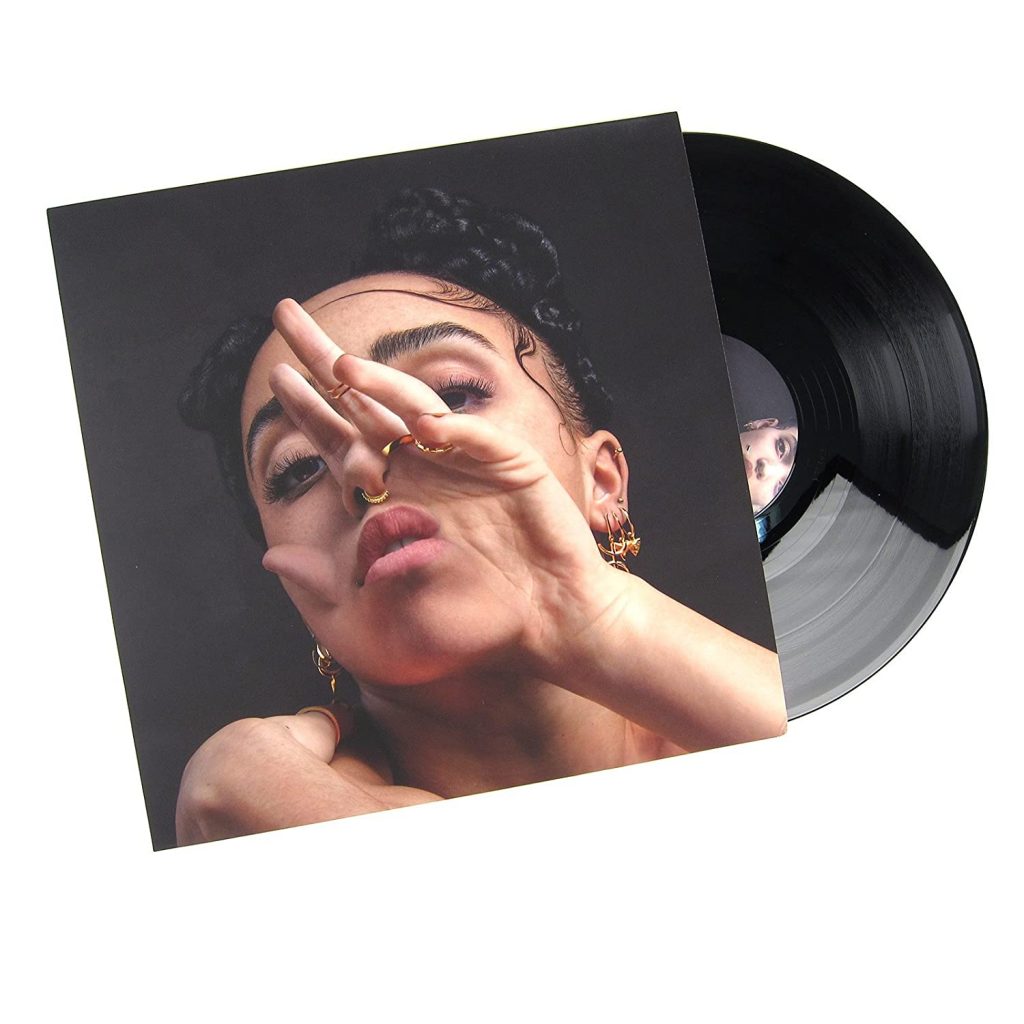 The power of digital editing is truly incredible. This album cover among those that features portraits is by far the most seamless editing I have ever seen. FKA Twigs’ cover art looks magical and beautiful. 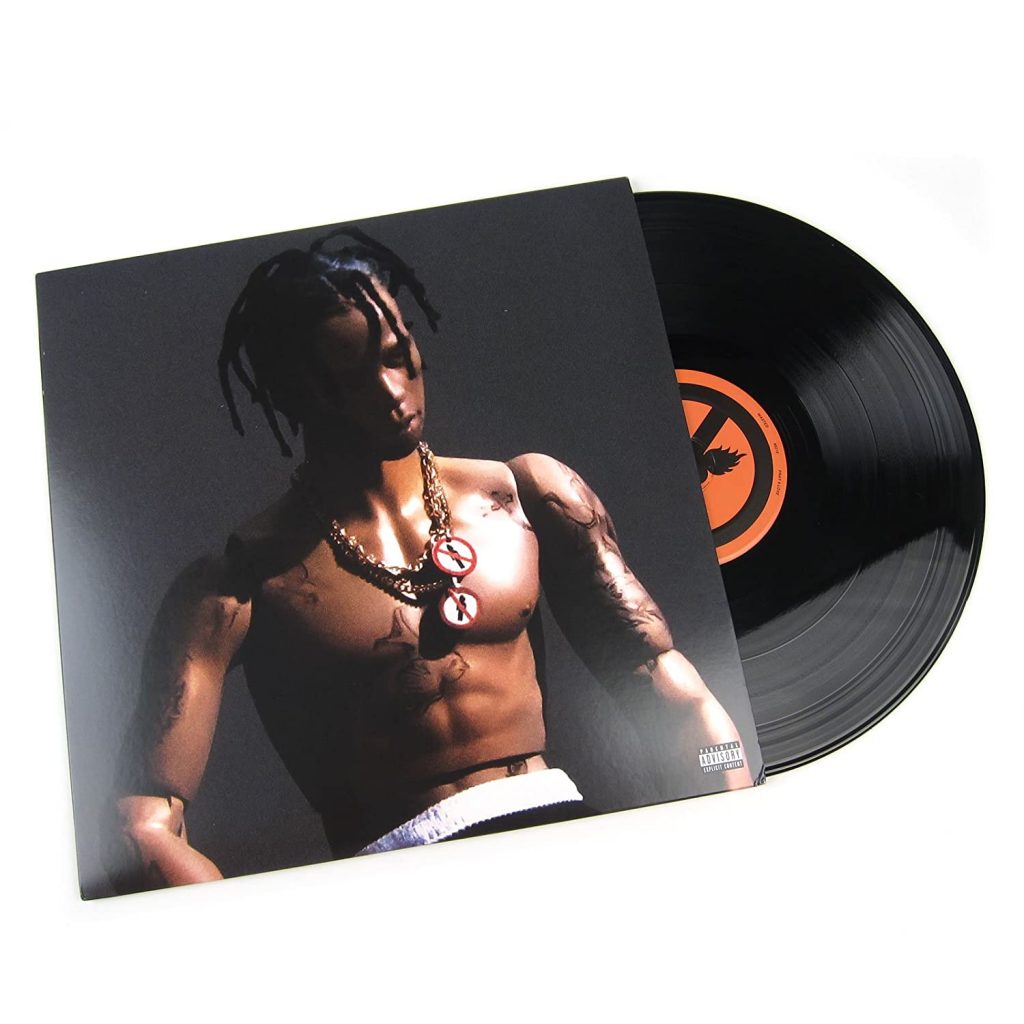 Travi$ Scott’s debut album Rodeo was given an album cover that shows his side as a wrestling fan. The cover shows Scott looking like an action figure wrestler. He apparently had a toy version of him and had sold it for $150.

#11 MARINA AND THE DIAMONDS – FROOT 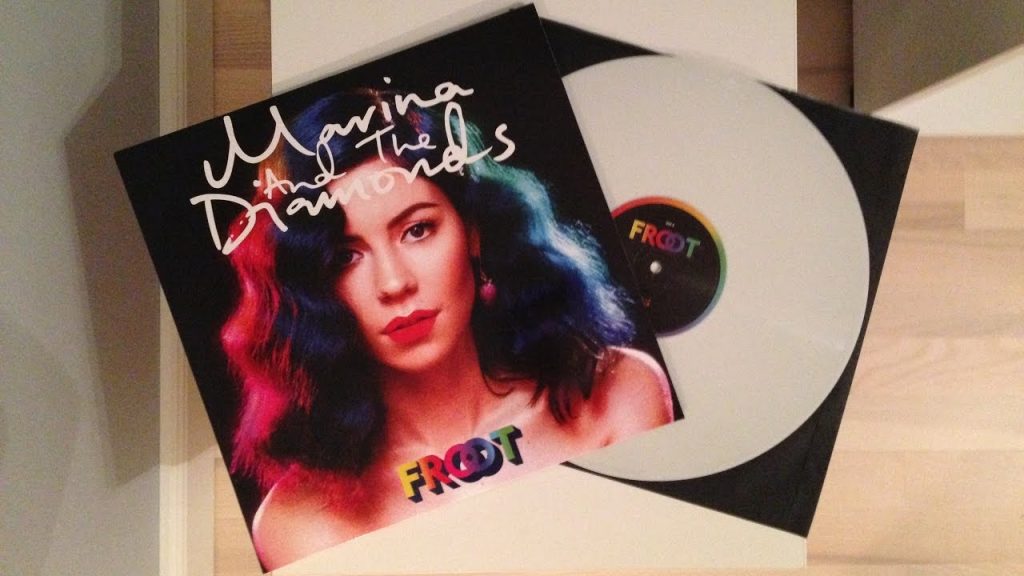 Froot is Marina and the Diamonds 2015 album that includes the 6 pre released singles Froot, Happy, Immortal, I’m a Ruin, Forget, and Gold. The album cover is a portrait of Marina in her wavy tresses highlighted with red and blue lights. 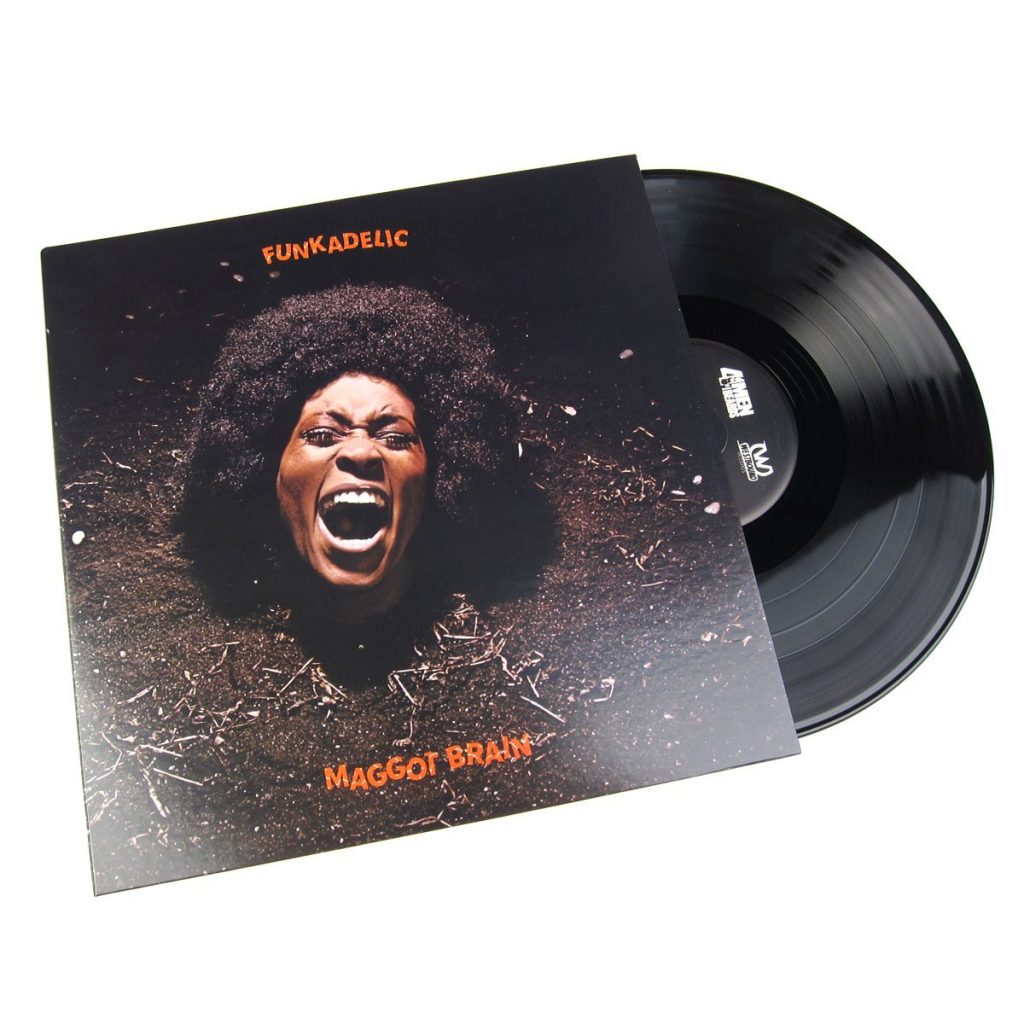 This album’s artwork is an interesting one because the back cover is related to the front. The front cover features Barbara Cheeseborough screaming while she is buried up to her neck.

The back cover is a creepy one because it shows a skull positioned right where her head is at the front. 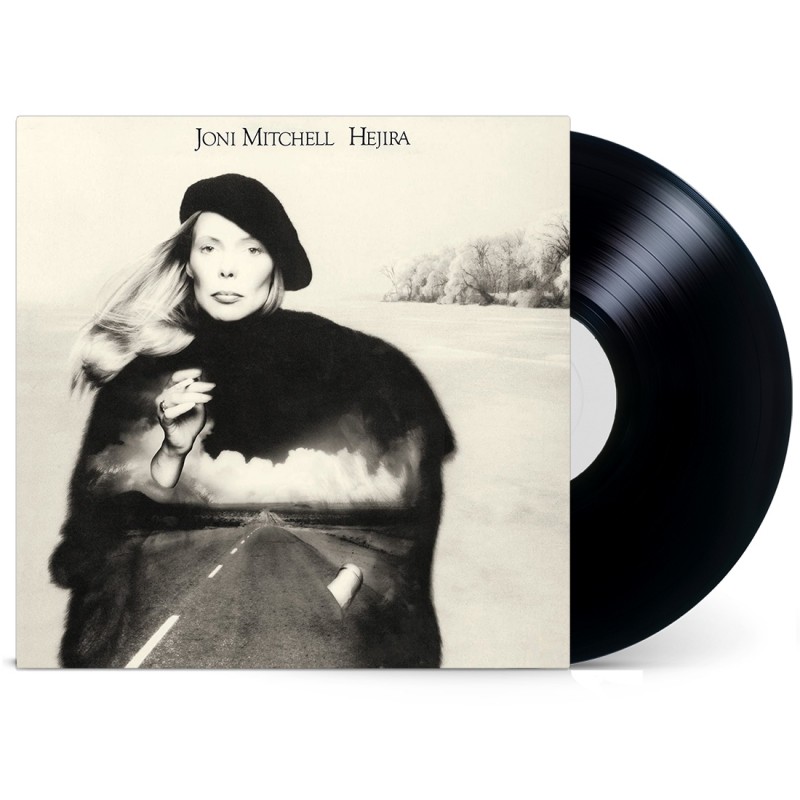 Mitchell’s folk-jazz album Hejira is one that is strongly connected with her best artwork. The album cover has Wisconsin’s Lake Mendota after an ice storm as background for her winter-clad self.

An open highway is also seen extending into the unknown on her body which implies the free and limitless possibilities of her music.

It features Cudi’s painted portrait with one side in its normal state against what seems like the sunset-colored clouds.

The other side is seen dissipating into colorful wisps revealing a skull against an infinite number of stars and a boy tumbling down from the full moon. 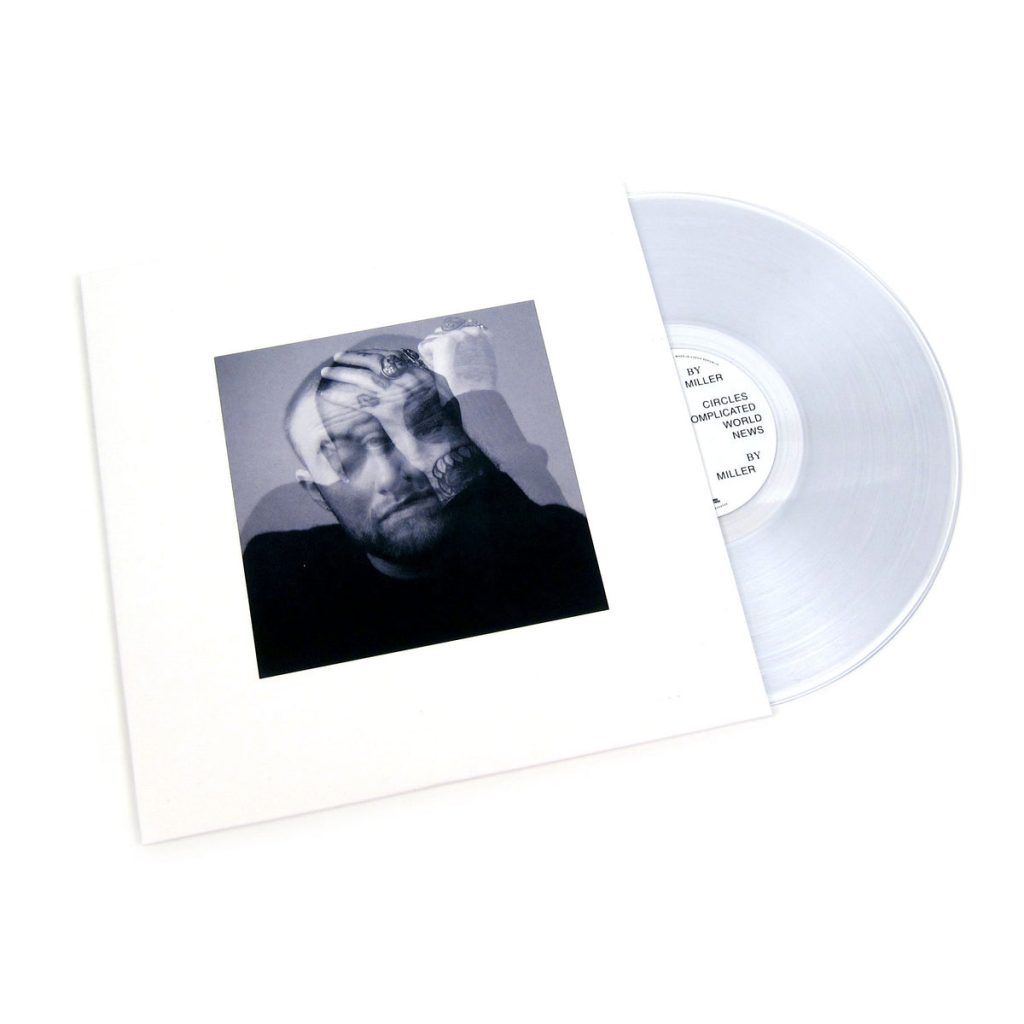 Mac Miller’s album Circles was released on January 17, 2020. The album cover bore two photographs of Miller layered on top of each other.

The overall feel of the album was solemn and heartfelt and the cover just went well with it. 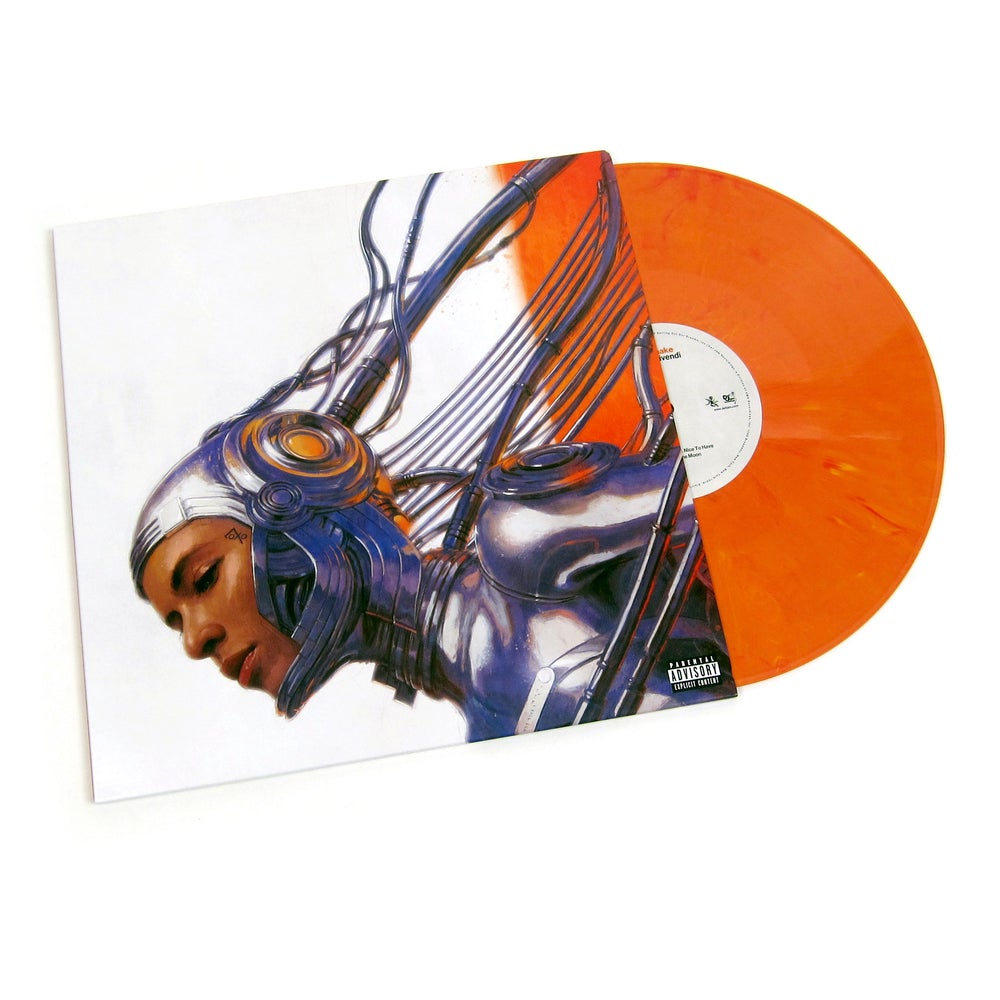 This is the second album cover that boasts of a somewhat fictional being. The cover features Danielle Balbuena’s (stage name: 070 Shake) face incorporated into a metallic costume making her look like a futuristic android. It sure is aesthetically pleasing to the eyes. 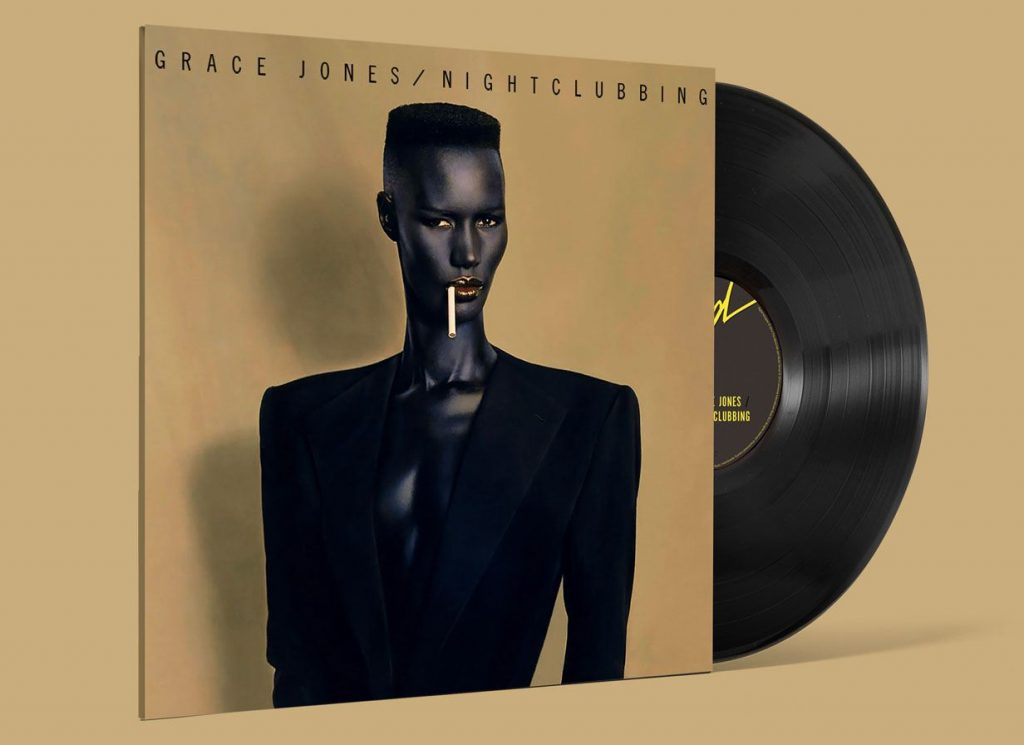 Nightclubbing is Jones’ fifth studio album released in 1981. It proudly features the painted portrait of the model side of Jones as she donned an Armani man’s wide shouldered suit with her signature flat top haircut and an unlit cigarette on her mouth. The image is set on a brown background that perfectly compliments the art. 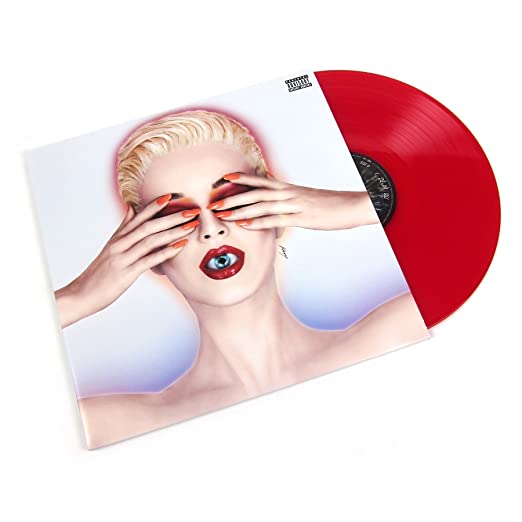 Katy Perry’s album cover for Witness is one that gives a deeper message of how she sees her music. The painted artwork features her covering her eyes with her two hands and a blue eye inside her lipstick-painted mouth.

The explanation Perry gives for this is that she has witnessed the world through her music and that her fans have witnessed her through it. 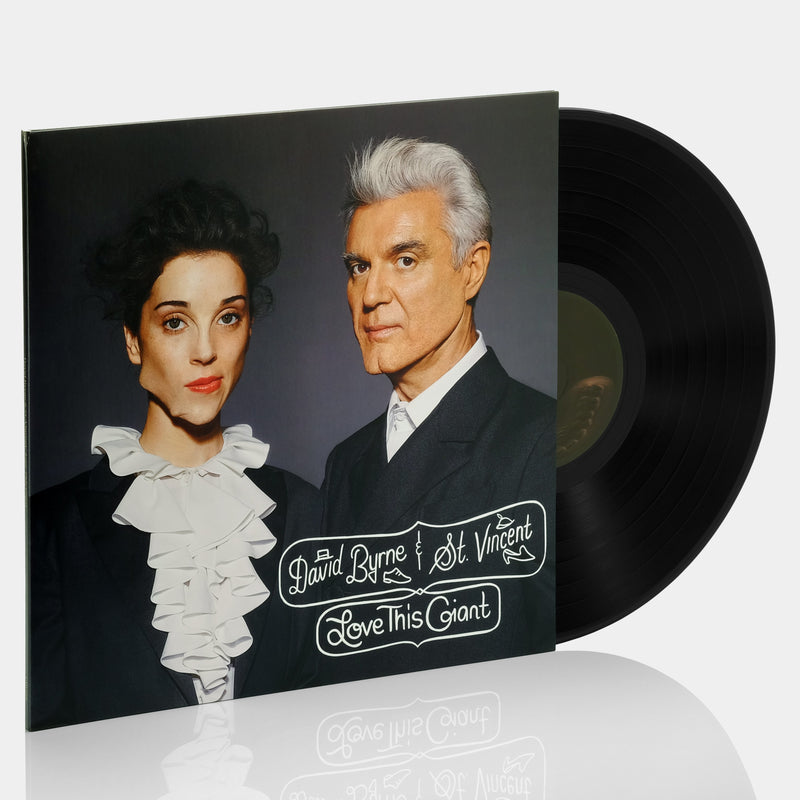 Most album covers in this list only showcase one person, but this time have two. And what really catches the eyes of anyone who’d be looking would be the lower mandible where a bone is clearly protruding. 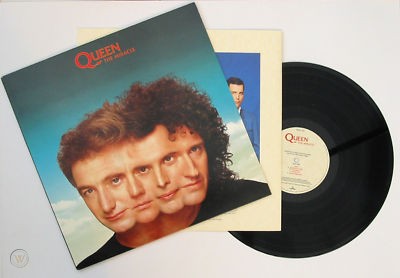 This is by far the most unique of all. It showcases all four member’s faces in one four-joined head. The  weirdest about this though are the eyes. There are four faces but only five eyes are present. Cool yet creepy.

James Hill is a veteran of the music industry. He first worked at Warner Reprise Records then later joined Interscope/ Geffen Records where he managed producers and songwriters and got his first platinum record for Keyshia Cole’s The Way It Is. He is now helping indie artists with branding and manufacturing through his company Unified Manufacturing, a CD, DVD, vinyl pressing and merch company in LA.

If you think vinyl records are expensive, As a musician, you might think twice about releasing your album on vinyl record because of the rather expensive price tag of vinyl record pressing. But you might want to give it a shot because even though vinyl definitely costs more than digital, their value could appreciate more than […]

Before these small round CD discs became a thing, there were once vinyl records. They were bigger in size, heavier, and more fragile. But of course, you know them now since they have risen from the dead and have been haunting the music industry for sometime now. If you haven’t heard of their resurgence then […]