Music has long been a part of our life.

Even before music formats were invented, music has been present with just the clamping of hands and chanting of people’s voices.

As life progressed, music has become an industry—a necessity that people earn money while making them. Thanks to the geniuses who made these different music formats, there’s a medium to sell, share, and preserve their music, as well as their history. It allows music to be accessible to almost anyone!

There are actually tons of different music formats throughout the course of our history. However, let’s just focus on the most prominent ones, those that succeeded in leaving an imprint on the music industry. 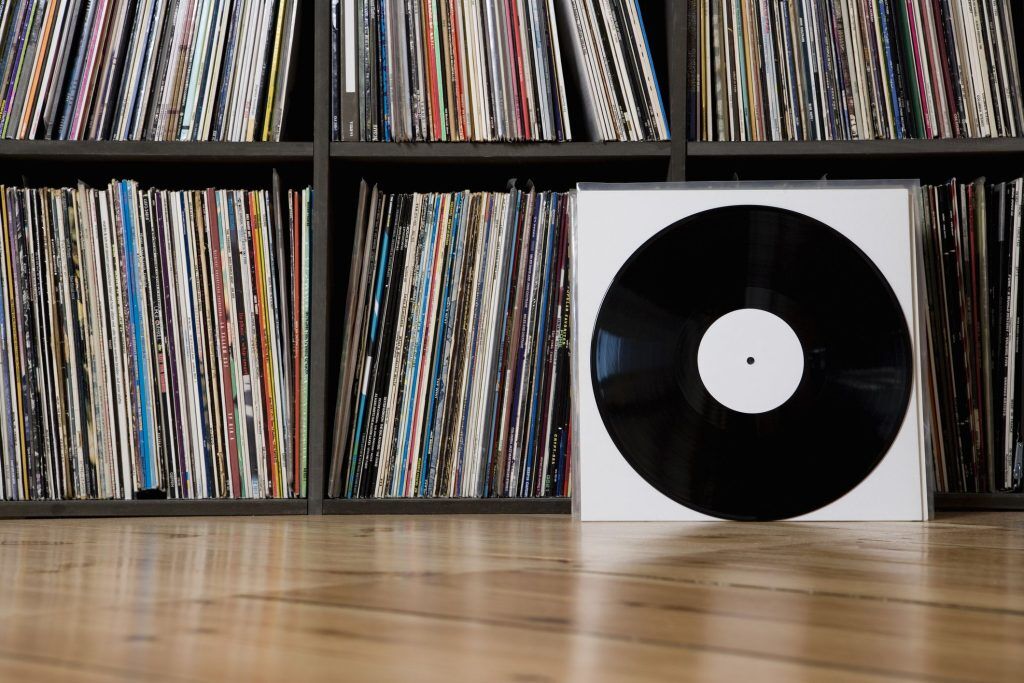 Vinyl records are circular discs with lateral grooves that are played on turntables at varying speeds. They were once made of varying ingredients like shellac and mineral additives. At present however, they are mostly made with polyvinyl chloride (PVC), black carbon, for black records, and dyes, for colored ones.

They were first sold to the public in the year 1931, when RCA Victors, now RCA Records, introduced the 33⅓ rpm vinyl records which they named “Program Transcriptions”. But due to some complications with their version of the format, it did not become as successful as they had hoped for.

Columbia Records then released their own version which is the standard version for long playback time, the LP format. The first ever pressed version of this vinyl record was entitled “ML4001” by Columbia. It was a violin performance entitled “Mendelssohn Violin Concerto in E Minor” by violinist Milstein accompanied by the New York Philharmonic Symphony Orchestra and conducted by Bruno Walter. 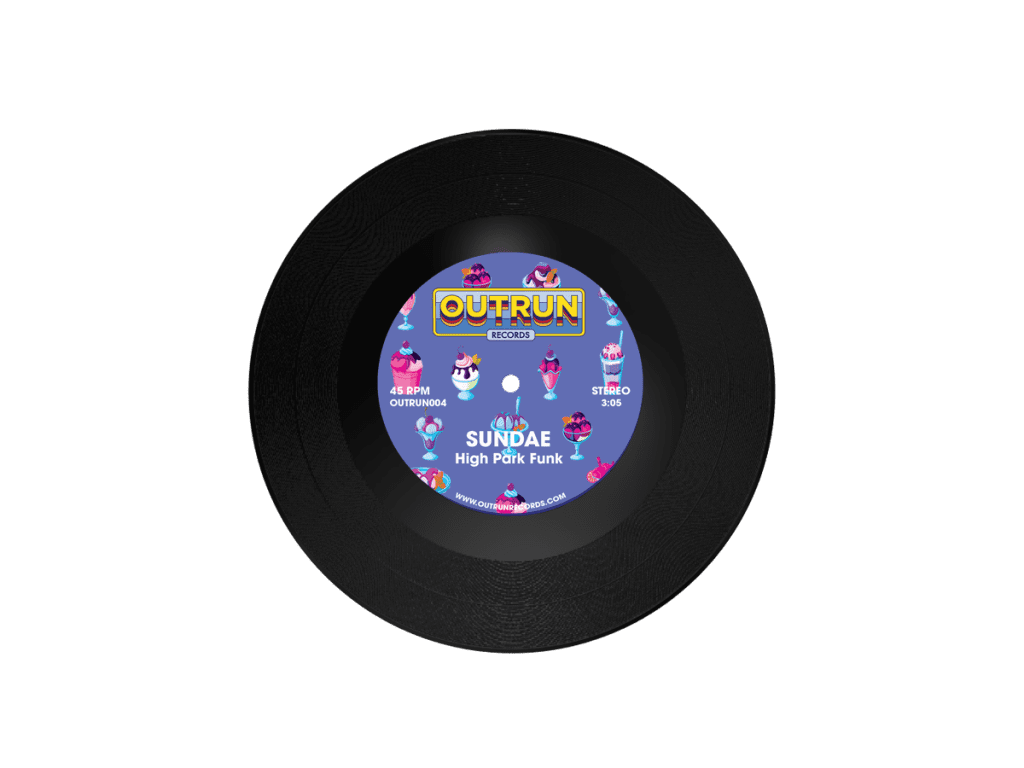 And with RCA not accepting defeat from their rival, they released their new and better 45 rpm 7 inch single format. It’s also called “extended play single” or EP, best used for one or two tracks which was their target. They actually beat Columbia Records with their ZLP, developed for singles also, this time around.

Due to its bulkiness and fragility, people have found it very inconvenient. This has led to people looking for more convenient formats, ones that are lighter, smaller, and easier to carry around wherever they go.

Although vinyl records were seemingly dead for years after compact discs were made, it sure as hell is back from it. According to US vinyl record sales tabulated by Recording Industry Association of America (RIAA), vinyl records have surpassed CD’s decreasing sales last 2020. It has even shown growth from the 2019 sales. 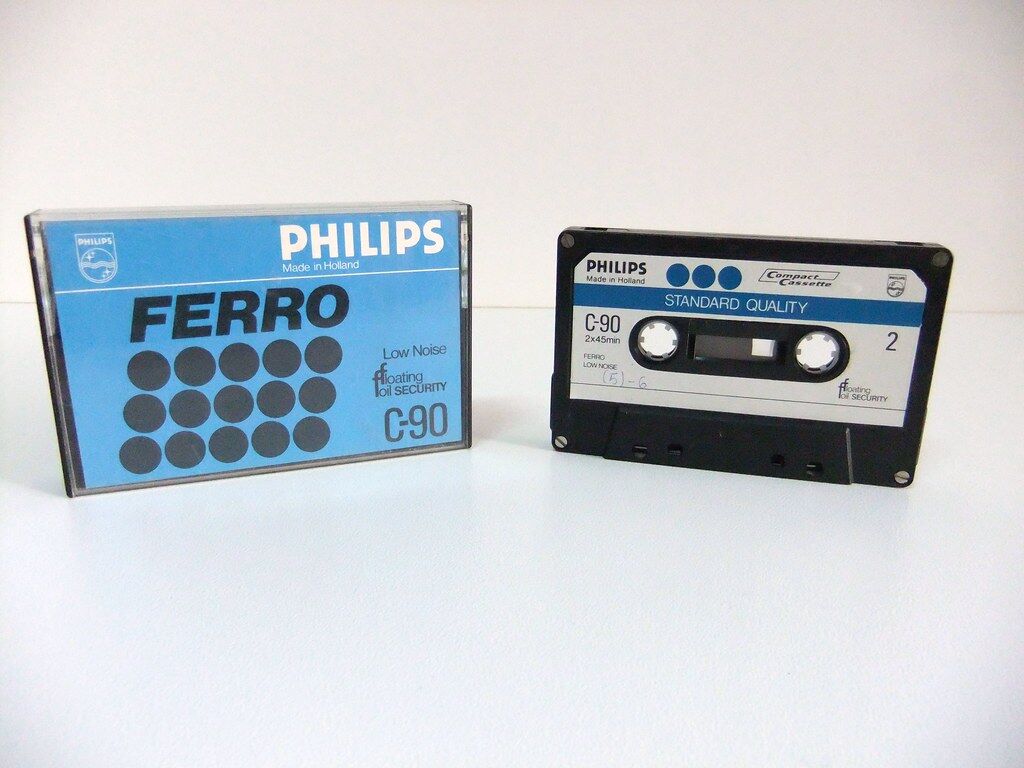 The compact cassette was first released in September 1963 by the Dutch company Royal Philips. It can also be called tape cassette, cassette tape, audio cassette, cassette, and tape. It was introduced to the public in two forms, one is the blank cassette were you can record audio while the other holds a prerecorded audio, which was dubbed “musicassette”

This was a big jump from the heavy and bulky vinyl records in those times. However, it was not as enjoyable to listen to music on them as you would expect. They were convenient, yes, but they provided low sound quality for music since they were initially developed for dictation.

Their actual popularity came during the 70’s and 80’s when the format was improved. Stereo tape decks and boom boxes in these years were of high demand. And though it’s creation and popularity was a blessing for many music enjoyers and consumers, it has caused some problems for the music makers and producers.

During its popularity, numerous issues of piracy surfaced as bootlegged albums and mixtapes were made by other consumers to profit from it. Due to stereo tape decks and most boom boxes having both the ability to record and play cassette tapes, some got the idea of playing a released album and recording it on a blank cassette.

Nonetheless, cassette tapes have also contributed to one thing many music lovers appreciate at present, mixtapes. Though they were illegal it laid the foundation for the current mixtapes musicians release and, to an extent, playlists we listeners create.

Just like the vinyl format, even in the digital age that we are in, cassette tape sales are not just striving. They’re soaring. According to the Official Charts Company, there was a 103% growth in the first six months of 2020 when compared at the same time in 2019. 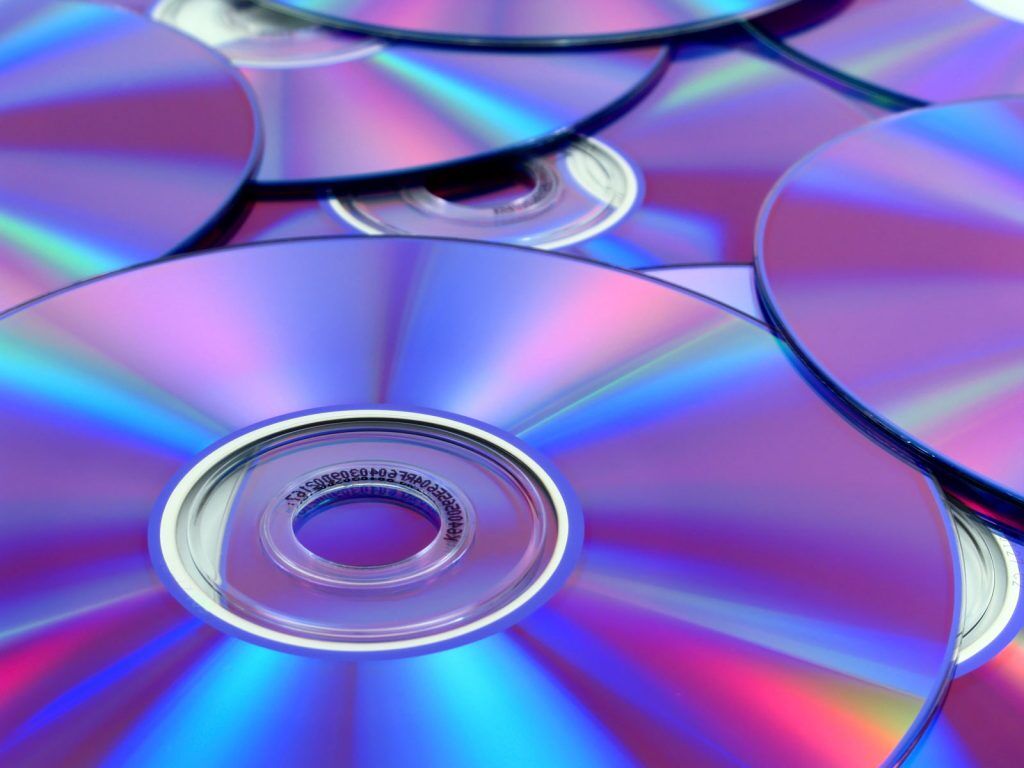 The compact disc, more commonly known as CD, is a physical album stored with digital audio recordings. It was individually prototyped by Philips, the same one who developed cassette tapes, and Japanese conglomerate Sony in the 1970’s.

After Sony demonstrated their very own compact disc in 1977, they soon partnered up with their biggest CD contender, Philips. In 1982, they finally commercially released the format and Sony released the first ever CD player. It was widely accepted by many consumers which quickly removed vinyl records from the top, establishing it as the new standard music format. 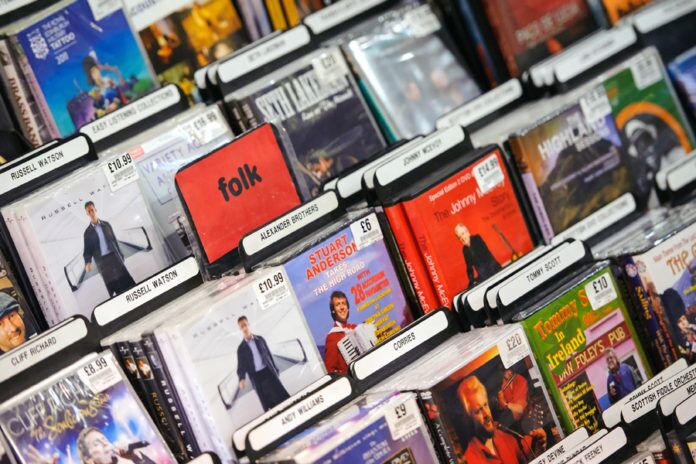 The great thing about CDs is that they have the qualities that most people in those years were looking for. They are portable and inexpensive like cassette tapes, high quality audio (according to our scientifically proven limited ears) like vinyl records.

Additionally, they are resistant to degradation unlike vinyl records and cassette tapes, are not possible to pirate unlike cassettes, and have more storage than either of the two formats.

With the introduction of internet-based distribution of music, CD sales showed a decline. In the start of 2000, there was a 20% decline in major label’s CD sales, even with an increase in overall music sales. And with people being more digital, CD sales have continuously declined. As mentioned earlier, US CD sales for 2020 was surpassed by vinyl sales.

This audio format’s era was by far the shortest. However, I cannot not mention this because it has paved the way for today’s streaming media, not just for music but for every other media that exists.

This was started by Napsters, a software of three music-focused online services that let music listeners buy the digital audio files (in MP3 file) of their favorite album from them. In addition, it allowed customers to share their MP3 files with other customers. They provided this service through peer-to-peer file sharing, which they pioneered.

As the software spread around and became popular, the company, unfortunately, ran into problems. On the 13th day of March 2000, they received their first lawsuit from the rock band Metallica who found out that a demo of their song “I Disappear” was released and circulating in the internet without them knowing. 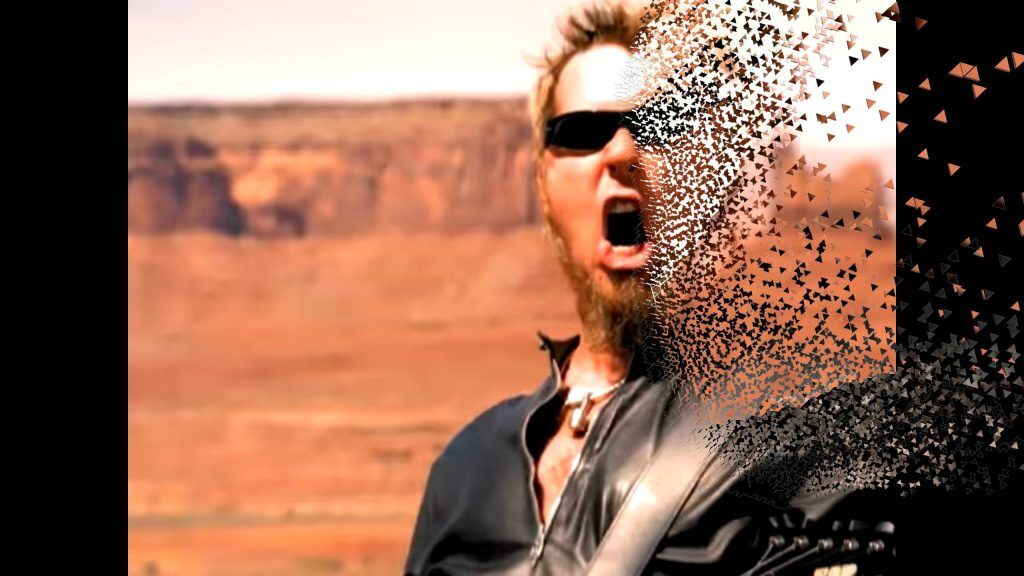 Rapper-producer Dr. Dre, who shares the same litigator and legal firm with the band, also filed a lawsuit a month later due to the refusal of the company in removing his works from their services.

This then triggered other fellow musicians, as well as record labels to file their own lawsuit against Napster. One very famous lawsuit against them, which made them even more known to the public, was A&M Records’ contributory and vicarious copyright infringement case. Obviously, the company lost the cases against them even when they appealed to the U.S. Court of Appeals for the Ninth Circuit. 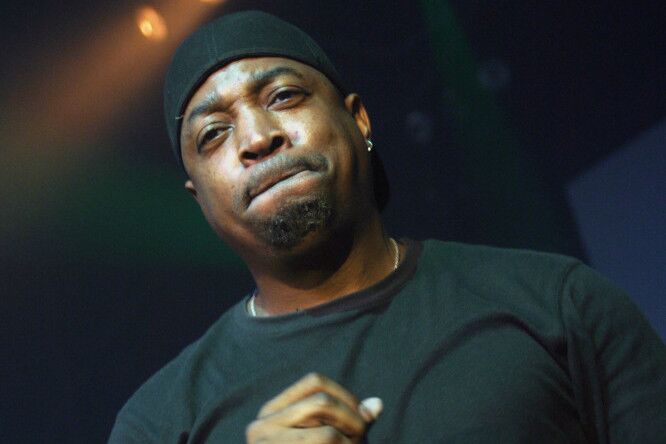 However, not all musicians shared the same sentiments with the others. To name a few, Radiohead, independent artist DJ Xealot, and Public Enemy leader Chuck D, stepped up and publicly showed support for Napster.

Apparently, the company had a hand in Radiohead’s success and popularity. As their unreleased “Kid A” album was released before the date, it garnered more listeners even before the official release, letting the album reach top 1 in Billboard 200 sales chart.

Since there’s a limit to how far physical formats can reach, Napsters helped other artists, mostly indie one, to distribute their songs to more people. And as I’ve mentioned, it has helped others develop how music can be released and distributed without being saved in a file.

And we’re down to our last and present format: digital music within online music streaming sites. With this new and better platform for listening to music without violating any copyright infringement on the service providers’ side, it has dominated music sales from all corners of the earth.

The first ever online streaming platform was Last.fm released in 2002. It is an online music database that uses their recommendation services to analyze their users music preference. And this algorithm was improved and integrated into the current streaming platforms we have.

Though Napster ended in 2001, there was no stream of launched online streaming platforms until 2005. 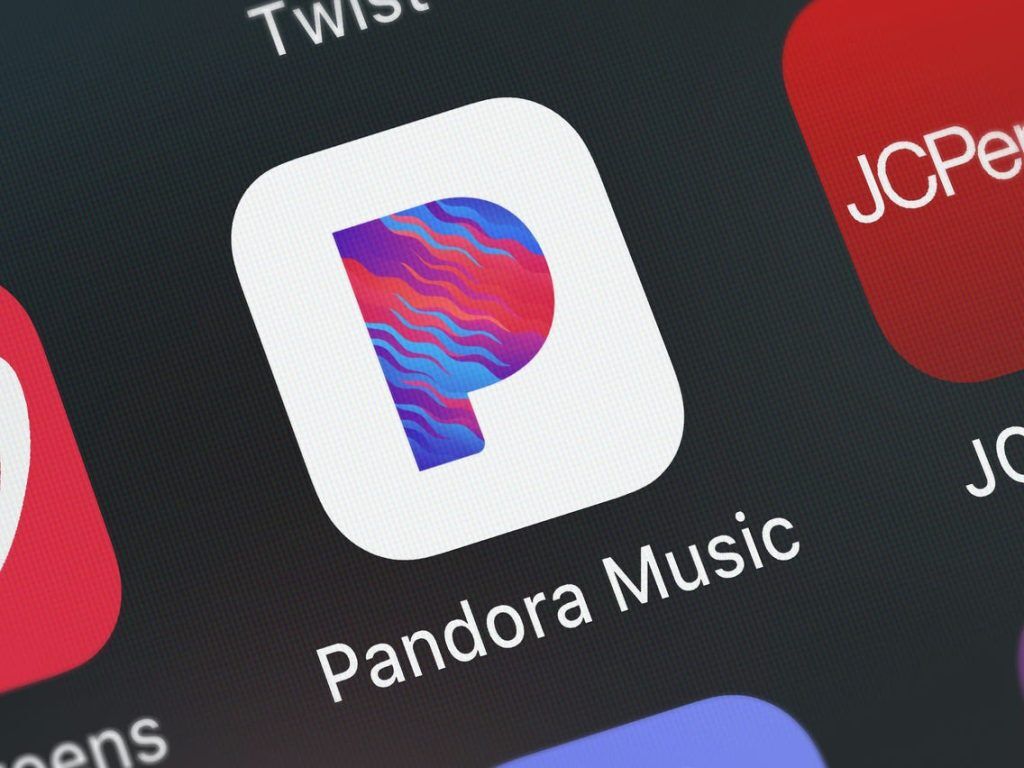 Years 2005-2007 were the years when popular streaming sites like Pandora, Spotify, and SoundCloud were launched, with the latter having an additional service from the other two. It does not only offer users a variety of songs to stream, it also offers independent musicians a platform to distribute and release their music in.

As you can see, it has gained more audience than any other music format thanks to its convenience and inexpensive services. At present Pandora has 55.14 million active users, Spotify with 365 million.

SoundCloud metrics, however, are quite different for it does not require you to register for you to listen to music available on the platform. It currently has 76 registered users and 175 million monthly listeners.

So that’s it! If you’re wondering what format to release in then the best answer would be online music streaming sites. However, it wouldn’t hurt to release a limited physical album too.

In a world where almost everything is done through the internet, people long for that physical feeling again, so why not give that to your fans. Fans would surely appreciate it.

10 of the Prettiest Grammy-nominated Vinyl Record Package to Date

We all know the Grammys for giving awards to musicians but they also give special attention to the aesthetic of an album. Since its inception, the Grammy’s has a special section for the visual look of an album called the Grammy Award for Best Record Package which is awarded to the art director, not the […]