Vinyl records have come a long way from being just plain black circular discs in the 1930s to being colorful picture-bearing discs in the late 1970s.

They’re pretty to look at—something we all want to have instead of the regular vinyl, except that sound quality might not be as superior.

There are factors that can affect the sound quality of picture discs from the ingredients used in making the disc like the colorant and more, or how the vinyl pressing was done. This adverse effect on the format is due to it being a tactile one where its grooves require a physical contact with the needle of the record player.

I’m not saying that we don’t recommend vinyl picture discs to be done for your album though, because it still depends on the custom vinyl record manufacturer you choose to work on your project.

Here’s a comprehensive guide to know and learn more about vinyl picture discs.

WHAT ARE PICTURE DISCS? 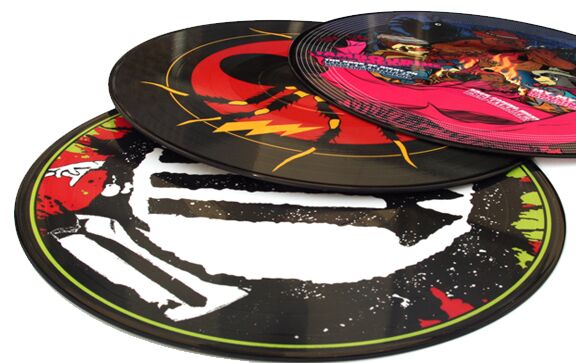 Picture discs are custom vinyl records that obviously hold an image on the surface. A single picture disc is made by heating and pressing together a polyvinyl chloride (PVC) and pieces of artwork. They can also be manufactured with only one playable side.

Vinyl picture discs are very cool collectible items that your fans would want to have. What’s more is that in time, they become more valuable, monetarily, depending on the number of copies released or repressed for the album and the same design.

Message in a Bottle by The Police 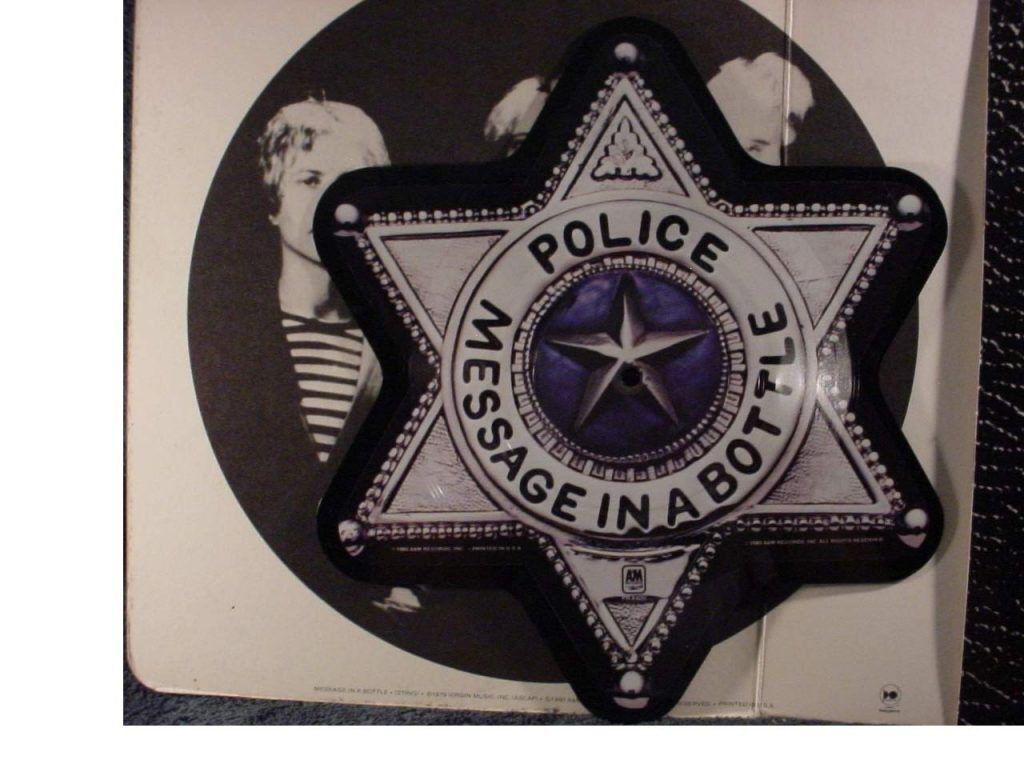 This is a 7” vinyl picture disc single released by the band in 1980. It’s a limited edition vinyl single with not only a picture on them but also a different shape, star, from the usual circle vinyl records. 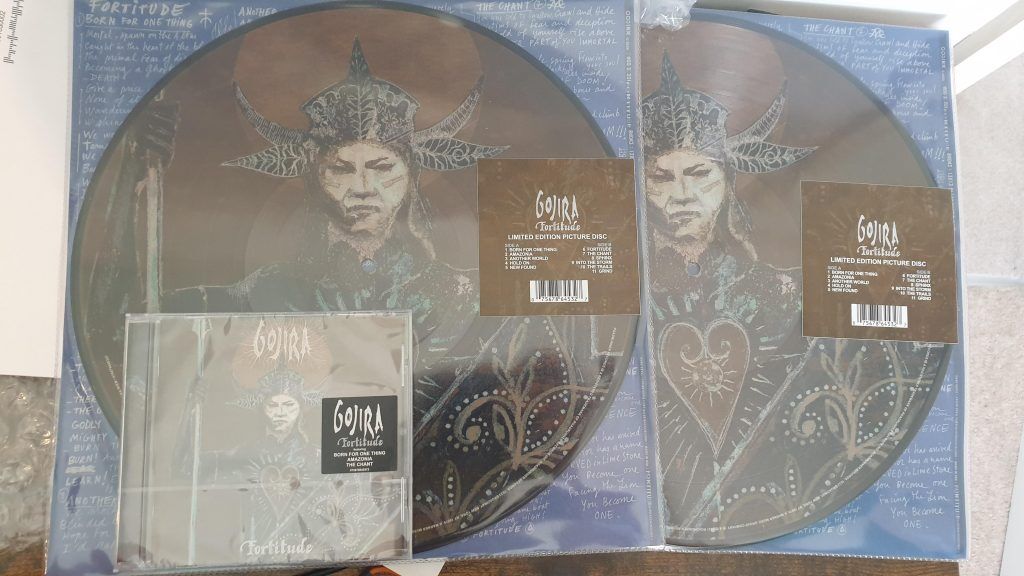 The picture disc is a limited edition released in 2021 and was offered by the band through their official store only. This will surely become even more valuable in the next few years given how it’s already on the market. It’s a rare vinyl people would want to collect, I’m sure. 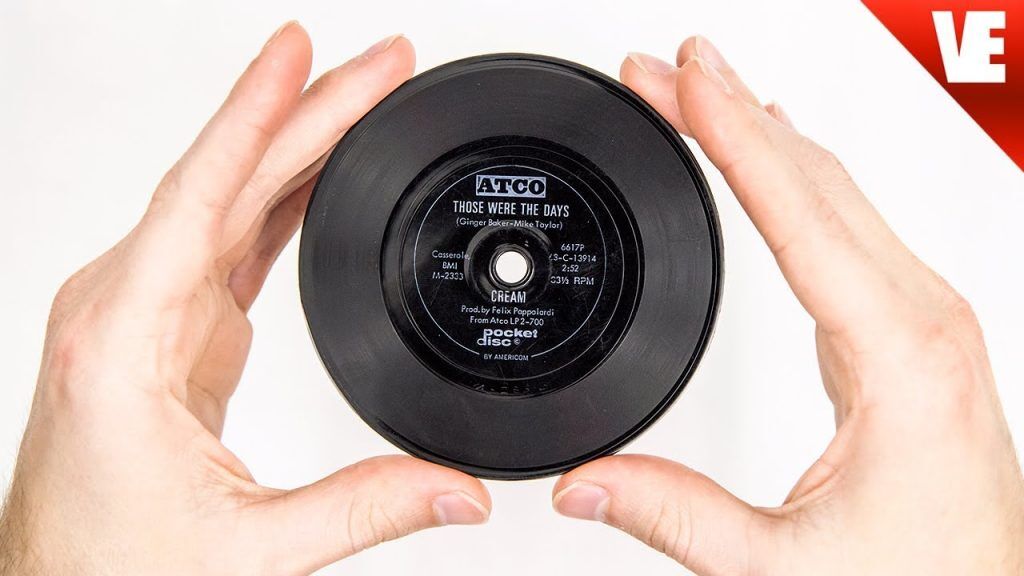 Picture discs are made just like any other type of record, though there are some additional steps made for this. Here are the steps in manufacturing this type of custom vinyl record.

Before anything else, a master for the tracks should be done. There’s a digital master which is used for releases on digital formats like CDs and streaming sites and there’s one for vinyl records.

This is an important step before you go into the actual process of pressing picture discs. It’s important to have a separate mastering for vinyl because digital masters don’t really cut well on the format.

They can cause distortions and skips during playback and you won’t really want that for your vinyl album. 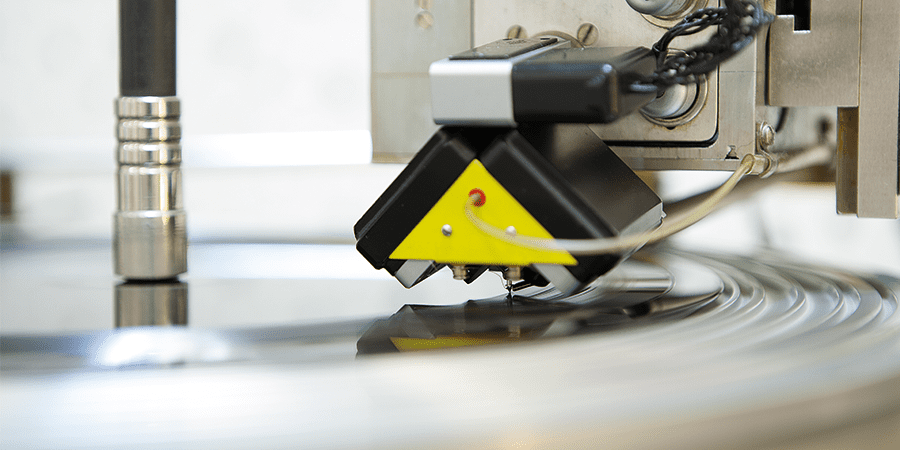 Mastering the tracks and cutting it on to a lacquer can be done in the same studio. However, there are times that they aren’t because not all pressing plants do all of them and have to outsource people or plating plants to do the job.

Lacquer is a disc with an aluminum base plate covered in 20 millimeters of lacquer, which is a super thin dark-purple paint. A machine called a lathe is utilized to cut grooves onto the lacquer’s surface with the use of its sapphire tip.

The sapphire tip cuts a negative image of the tracks’ soundwaves through the lacquer while the recorded tracks play on. After they are cut continuously, the finished lacquer or the father plate is inspected for any errors and the approved are then either electroplated or shipped to a plating plant. 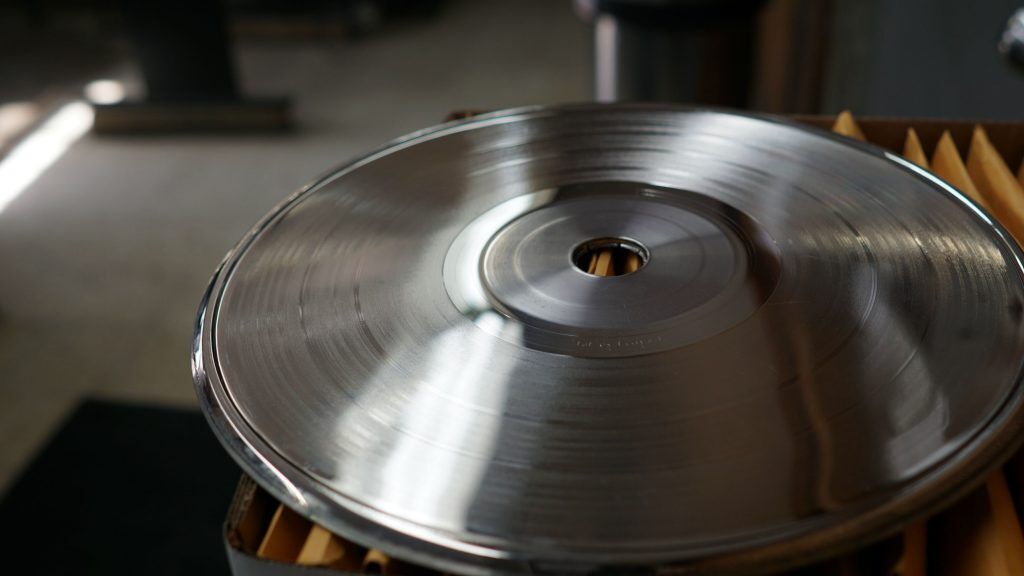 Electroplating is the step done to make the record stamper or the mother plate which will be used for the actual pressing later on. The lacquer is first washed, sprayed with silver solution and then submerged in a bath of liquid tin chloride or nickel.

The longer the lacquer is bathed, the more metal builds up on the surface. This occurs because the metal (tin or nickel) is attracted to the silver contained in the solution sprayed on the surface of the cut lacquer.

After retrieving the electroplated lacquer, the metal above is removed. We now have an inverse copy of the negative image of the tracks. This means that it is the positive image metal version of the tracks which is now sent to the pressing plant to be used for pressing.

STEP 4: ARRANGING THE MATERIALS FOR THE PRESSING

Before the pressing plant could start the actual pressing, there are some materials needed to be arranged.

First is to have a base PVC then have two artwork pieces on both sides of it. Lastly, a clear layer of PVC should be put on top of both sides.

This step is what makes the vinyl picture disc’s manufacturing process different from the standard black and other custom vinyl records. 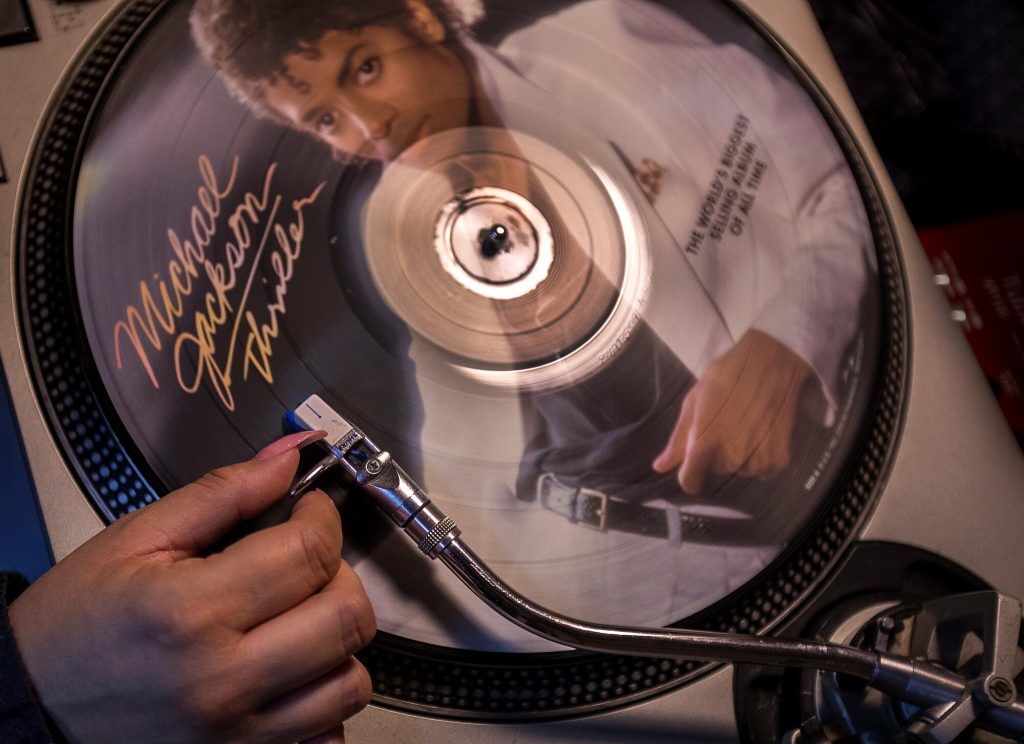 The last step on the actual manufacturing of the picture disc is the vinyl pressing. The mother stamper/s, they may be one or two depending on whether there are two playable sides or just one, and an arranged set of PVC will be put inside the pressing machine.

The arranged set of PVC will then be sandwiched between the stampers to press the grooves from the mother plate to the surface of the clear PVC. After the pressing, the excess vinyl on the side is then cut to have a smooth-edged circular disc. 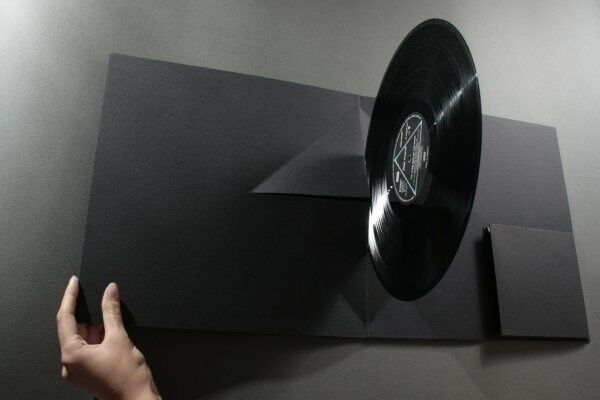 This step is a post step after the actual process. In this step, the cooled records are slid inside an inner record sleeve. The sleeve may be made of paper (either printed or plain colored), or plastic with antistatic properties, to help prevent grooves attracting dust.

After that they are put in the desired vinyl jacket chosen by the customer. It may be single jackets, gatefold jackets, or others. These are then shipped to you or directly to your fans.

If you want to up your vinyl picture disc game, I suggest you have an optical illusion artwork.

You can have any artwork you have on your picture disc, may it be your album artwork, your own portrait, and many more. So why not have an artwork with an optical illusion instead? This can help you tell a story based on your album.

Here are examples of some of the coolest picture discs with optical illusions for an artwork.

The Worker by Fischer-Z 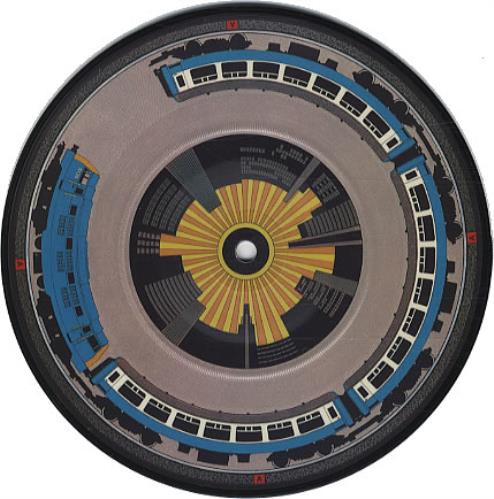 The artwork on the 7” vinyl record is a train that is illusioned to be endlessly running its tracks delivering the message of Fischer’s single.

Running Up That Hill (A Deal With God) by Kate Bush

This vinyl picture disc is the album’s 2012 remix which features a man with a fish head seemingly running around as the record spins and the tracks play. 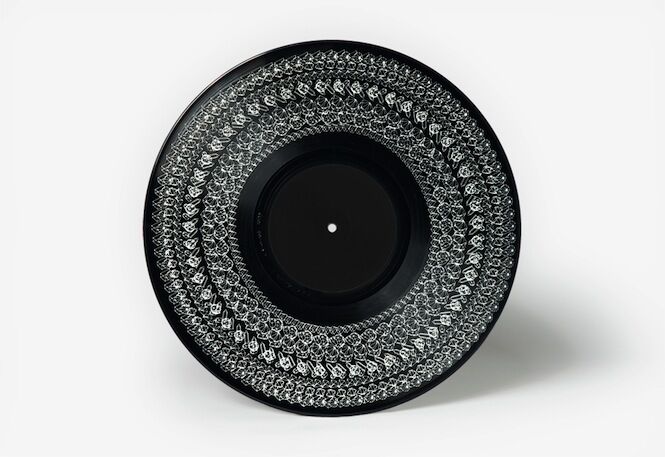 Madsen’s tracks Waves and Crystal Tapestry each take a side of the vinyl record each having a different line artwork by Michael Hansen. To have a better watching experience of the picture disc, you can view it below under a 50 Hz strobe light. 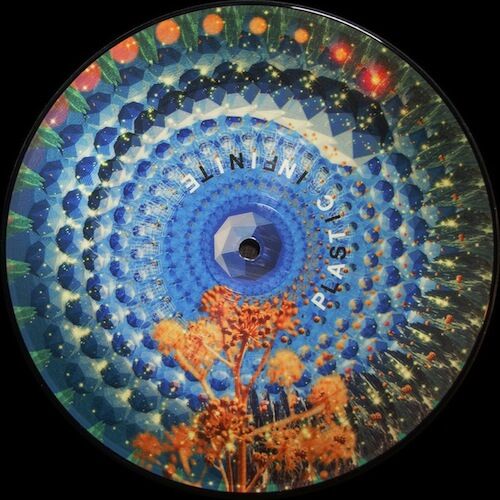 This may be the most popular zoetrope to have ever been released.

They don’t particularly sound awful, they just are not the best sounding vinyl record to ever exist. As mentioned earlier, they do not have a better sound quality compared to the standard black.

This has to do with how picture discs cannot use the black PVC, with carbon that both strengthens and affects sound quality, and instead have to opt for the clear ones to allow the artwork to be seen.

You know what they say, you can’t get everything you want. And if you want something, you’ll have to sacrifice another. In this situation, you want the aesthetically pleasing design on your vinyl record and have to sacrifice the sound quality of your record.

However, the difference between the picture disc and the standard black vinyl record is unnoticeable to the untrained ears. This is especially true for well-made ones so there’s no need to worry as long as you’ve got a good pressing plant to have your vinyl pressing done.

If you’re planning to have a vinyl pressing of your album and still don’t know if you want to have a picture disc, then all I can advise you is to ask yourself this question: “Am I willing to sacrifice sound quality for this?”

If your answer is yes, then there’s your answer. You can choose to have a picture disc. If you answer that you can’t and you still wish to have it, then maybe you’ll have to do some more thinking.

If you have questions regarding vinyl picture disc manufacturing, we’re here for you!

Box Sets don’t have to be over-the-top and bulky to catch people’s attention. In fact, they can be very pleasing to the eyes if they just have a simple design. But remember: Simple, not simpler. Here are some of the most refreshing Box set designs. ECM CD Box Set ECM released six CDs, which is seven-hour-long, […]