We’re back with another list of “Best Album Covers” because that’s what we’re all about.

This time we have 25 of them from the 2000s and it’s ranked based on the albums’ popularity among music lovers.

Here they are. I hope you find at least one that you’d want to add to your collection. 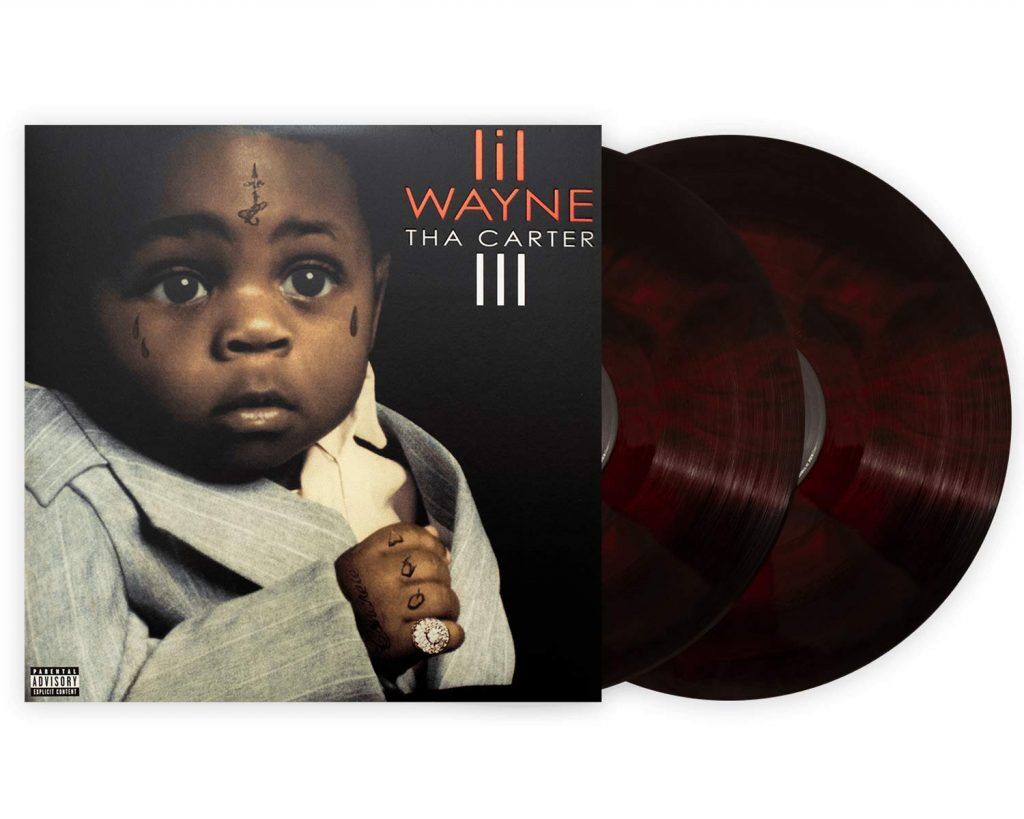 Tha Carter III is the sixth studio album by Lil’ Wayne which was released in 2008. Apparently the album cover was inspired by Nas and Notorious B.I.G.’s Illmatic and Ready to Die, respectively. All three features a baby picture of the artists. 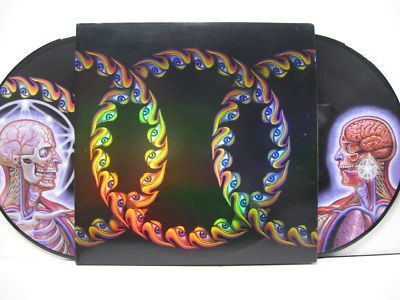 Lateralus by Tool has a very intriguing album cover since it features the different layers of the human body. The cover was done by artist Alex Grey. Another cool thing is that the 12-inch vinyl records are designed with a diagram of the human body. 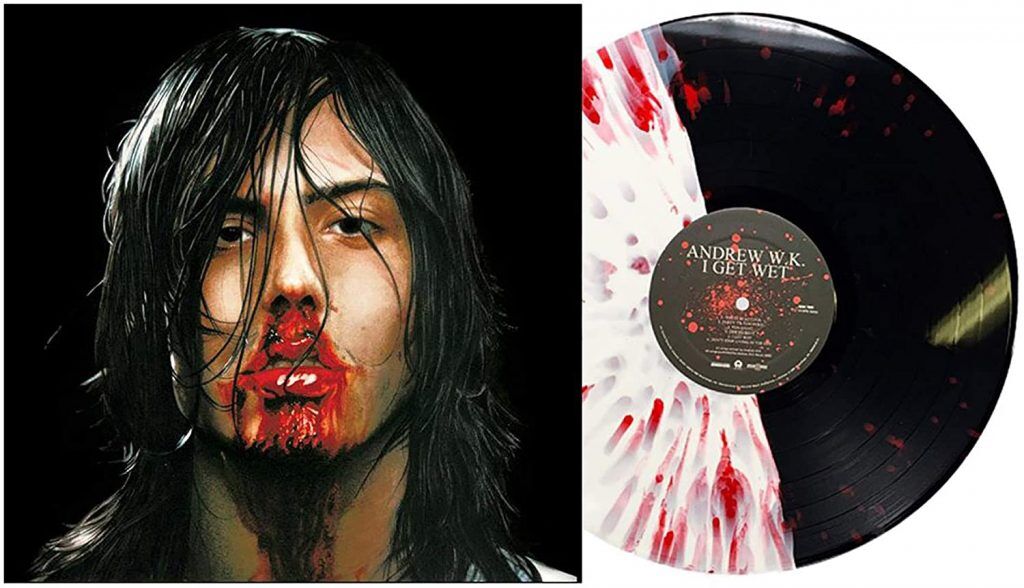 Andrew W.K.’s I Get Wet is a very recognizable cover art from the 2000s. It features a shot by famed art photographer Roe Ethridge. It is a headshot photo of Andrew with wet hair and a large stream of blood running from his nose until his throat.

#4 RADIOHEAD – HAIL TO THE THIEF 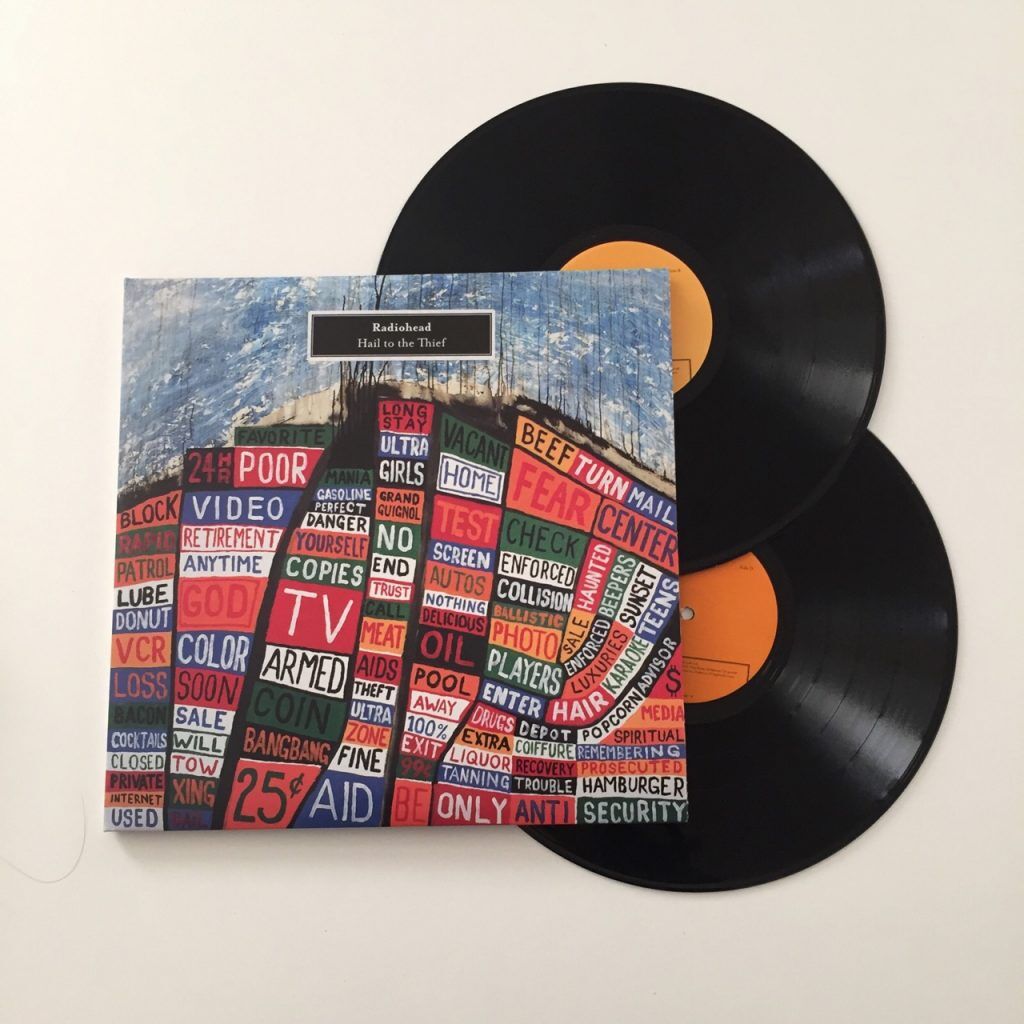 Hail to the Thief features an album cover created by artist Stanley Donwood. It is a road map of Hollywood which was replaced with words taken from the roadside advertising in Los Angeles. 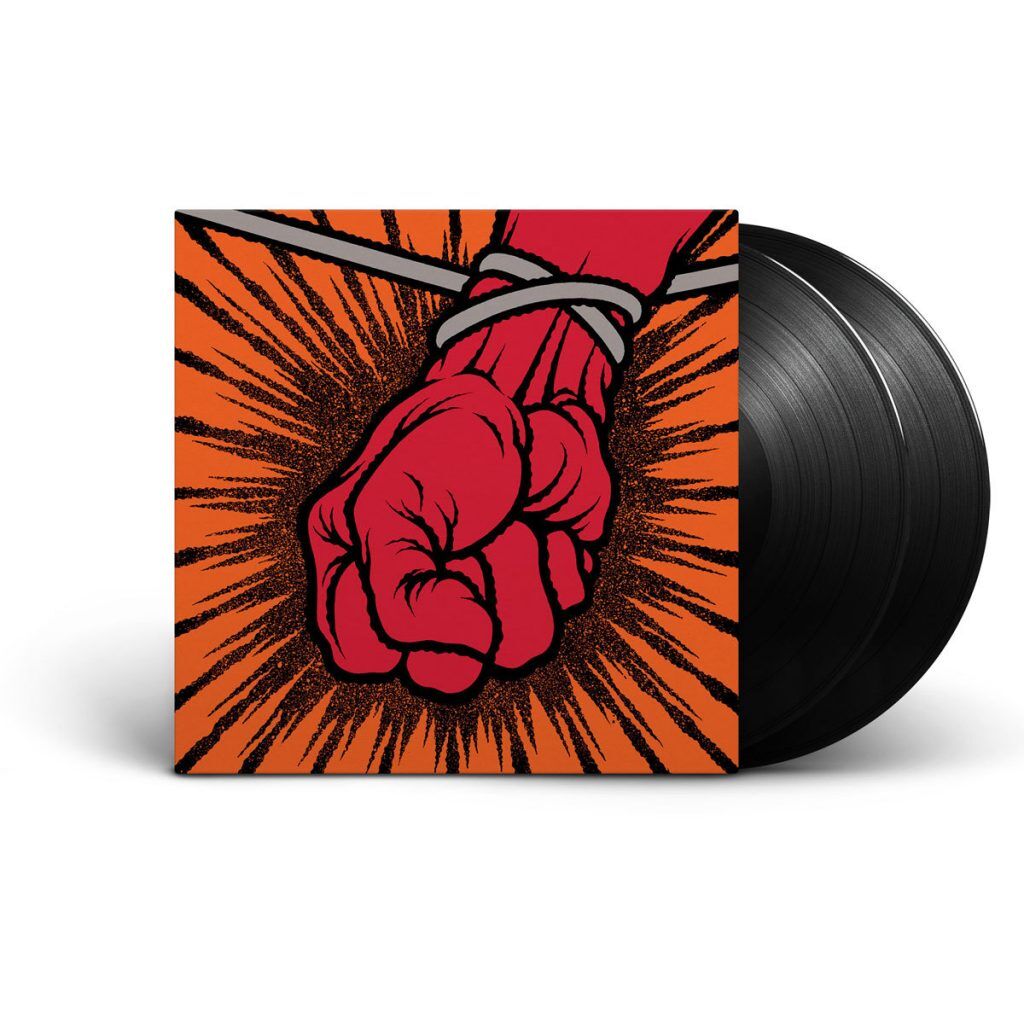 Lars Ulrich, Metallica’s drummer, has said that their eight album St. Anger was recorded by the band in a way that would “hurt the listeners”. This directly explained why the band chose to have the red fist restrained by a gray string as the artwork for their album’s cover. It explains the violence that can be virtually felt by the listeners.

#6 BRAND NEW – THE DEVIL AND GOD ARE RAGING INSIDE ME Brand New’s third studio album, The Devil and God Are Raging Inside Me, is not only a good album to listen to. It also possesses a good album cover that you would surely enjoy looking at while listening to it.

It features two people wearing black coats with hoodies and a white monstrous masks and a little girl hiding from them. The little girl’s expression helps us infer that the two may be kidnappers waiting for her to either go outside or returning from playtime. 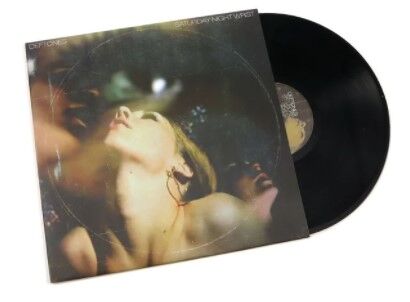 Deftones’ Saturday Night Wrist has an artwork for its album that shows a girl with her head overly raised towards the sky. The girl, according to Entertainment Weekly, is the band’s drummer’s sister Georgia Graham, who was apparently 10 years old at that time.

#8 THE WHITE STRIPES – GET BEHIND ME SATAN 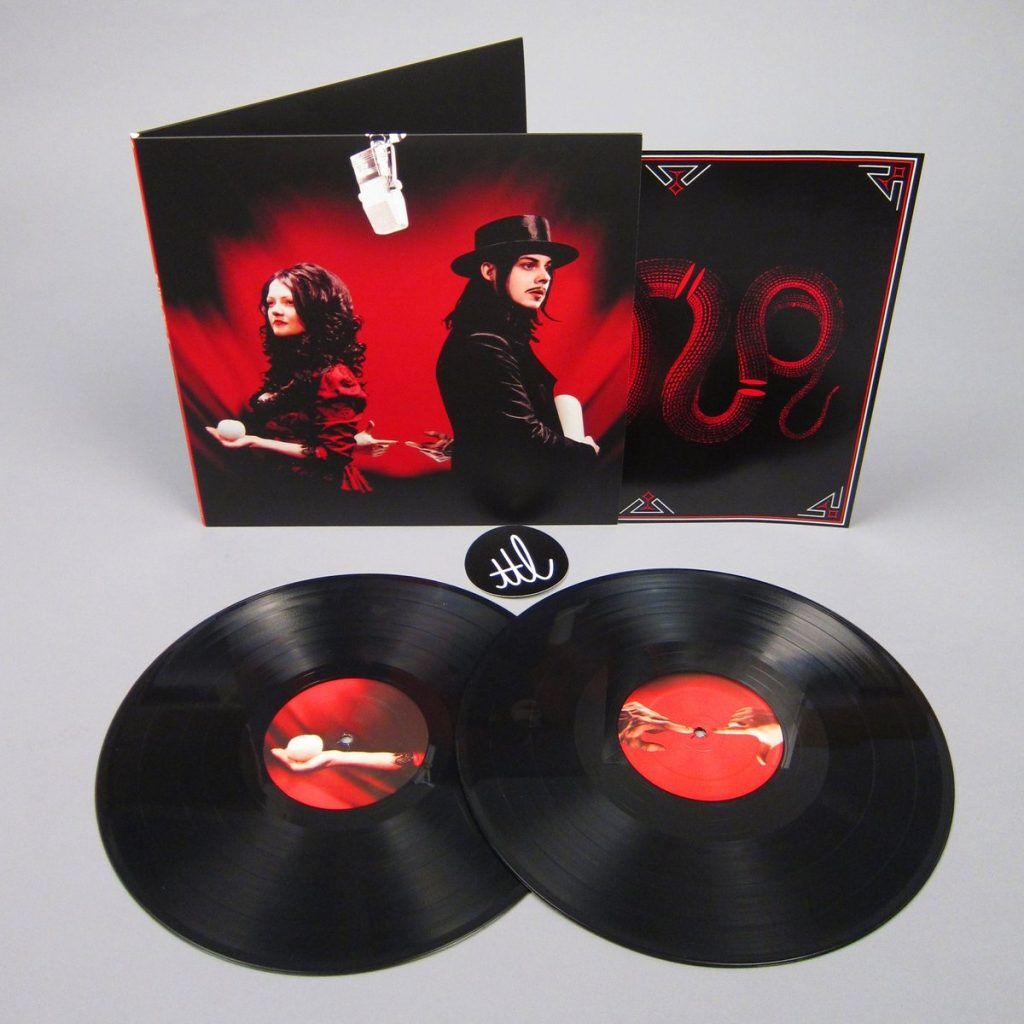 Get Behind Me Satan is a title inspired from a line from the story of the Temptation of Jesus. With the duo’s signature black, red, and white color scheme for their albums, the red and black dominated album suggests the dark theme.

In addition to that both are facing the opposite placing the each other behind themselves with one of their hands appearing to reach out for the other. 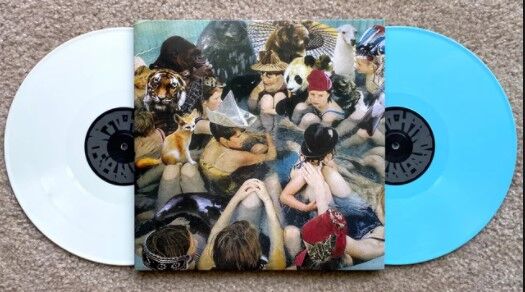 Person Pitch is Panda Bear’s third solo album that has songs that will make you feel that tribal, ecstatic, eerie, and child-like feelings. Not only will you feel it through the tracks but also through the pieces of art that come with it.

The cover art of the album features brightly colored kids and animals, tiger, gorilla, seal, etc., inside a pool, which is something surreal. 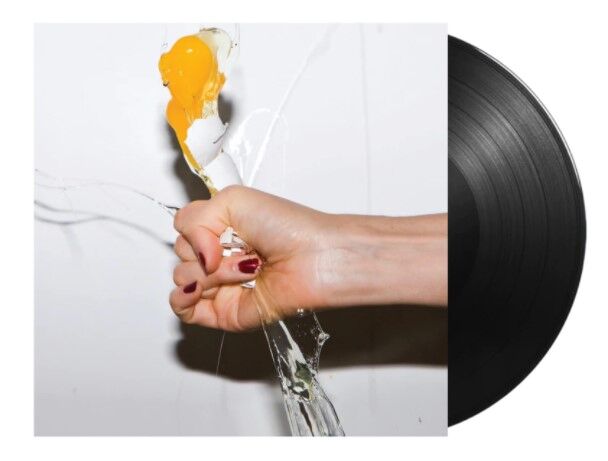 This is either a shot that was captured at the right moment or a shot that was picked among the other shots which were continuously taken during the crushing. Either way, it sure is a great one.

The cool spreading of the egg white into different directions, with the yolk separating from its shell at the center of it all, makes it look magnificently great, like it was manipulated. 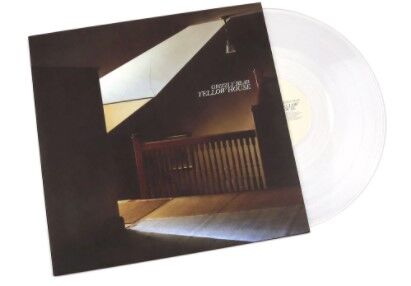 American indie rock band, Grizzly Bear, released their second studio album titled Yellow House in 2006. The title of the album refers to the house of vocalist Ed Droste’s mother’s house where they did most of the recording for the album. Since the title is “Yellow House” the photo on the cover is a part of the house, and I’m guessing it’s Droste’s mother’s. 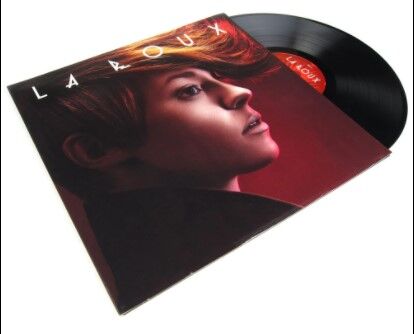 La Roux, once a duo now only consists of Elly Jackson, released their eponymous debut album in 2009 and had peaked at #2 on the UK Albums Chart. The album’s cover art is a digital art of the androgynous member Elly Jackson. 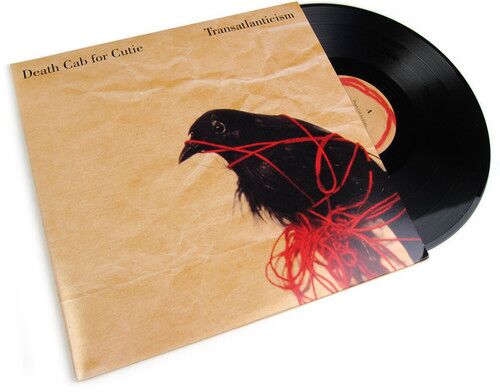 Transatlanticism is Death Cab for Cutie’s fourth studio album. The album cover is a very great representation of what the album and its title is all about.

You see, the term “transatlanticism” was defined by Ben Gibbard as the “incomprehensible emotional gap between two lovers separated by comprehensible distances.”

The black bird tangled in red strings is trapped, meaning they can’t reach out to their loved one. 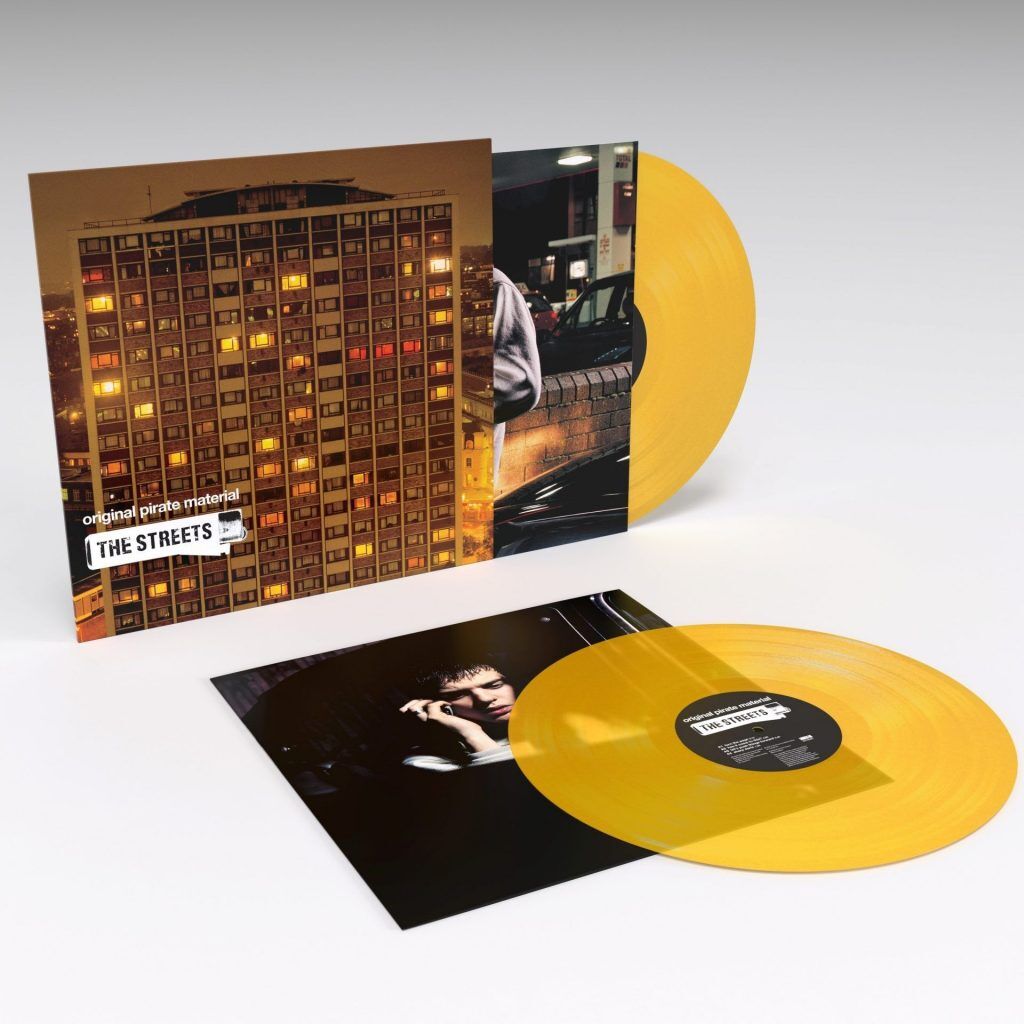 The Streets’ Original Pirate Material is a good album with lyrics that tell stories about the life of the working-class in Britain. The album’s front cover features a hotel or condominium building with some lights turned on or off.

The two yellow custom colored vinyl records are housed by inner sleeves printed with people that I think are tenants of the building. 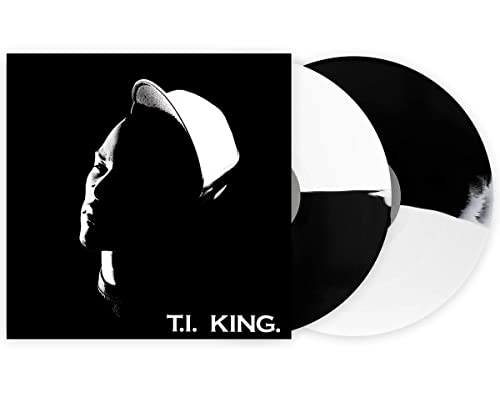 T.I.’s fourth studio album, King, has a black and white color scheme. It runs through the cover art all the way to the vinyl records of the album. The cover features T.I. with half of his face shown by the light while he’s wearing a white cap. The two custom vinyl records were colored half black and half white. 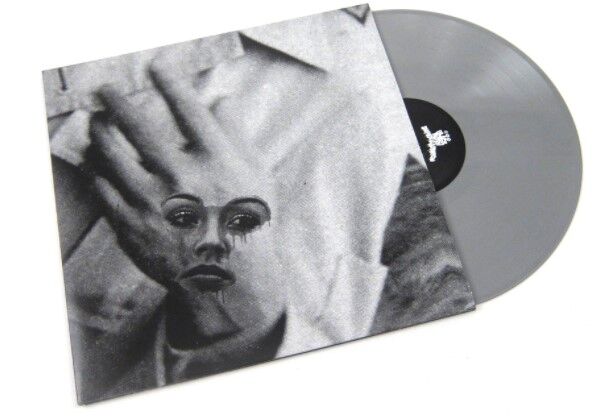 Black Moth Super Rainbow’s Eating Us is perhaps the shortest studio album from the band with a running time of under 36 minutes. It was released in 2009 on CD format and was finally released on custom vinyl record after 10 years by Graveface Records.

The cover artwork is quite intriguing as it features a blurred shot of a man which was digitally edited with a woman’s crying face. 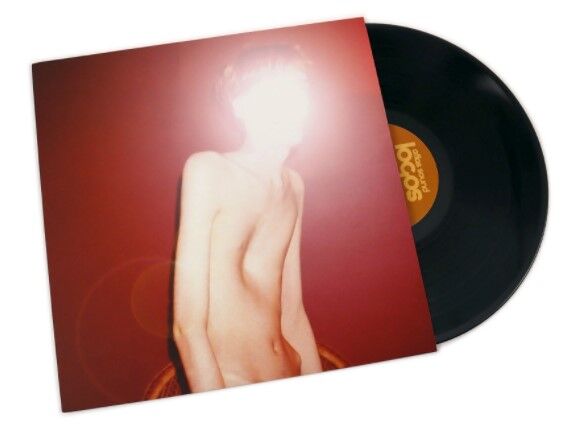 Atlas Sound is Bradford Cox’s moniker for his solo works, and Logos is his second studio album which was released in 2009. It also featured Noah Lennox and Lætitia Sadier.

The album cover is a photo of Cox, who has Marfan Syndrome from his hips up with a ball of shining light put over his face. 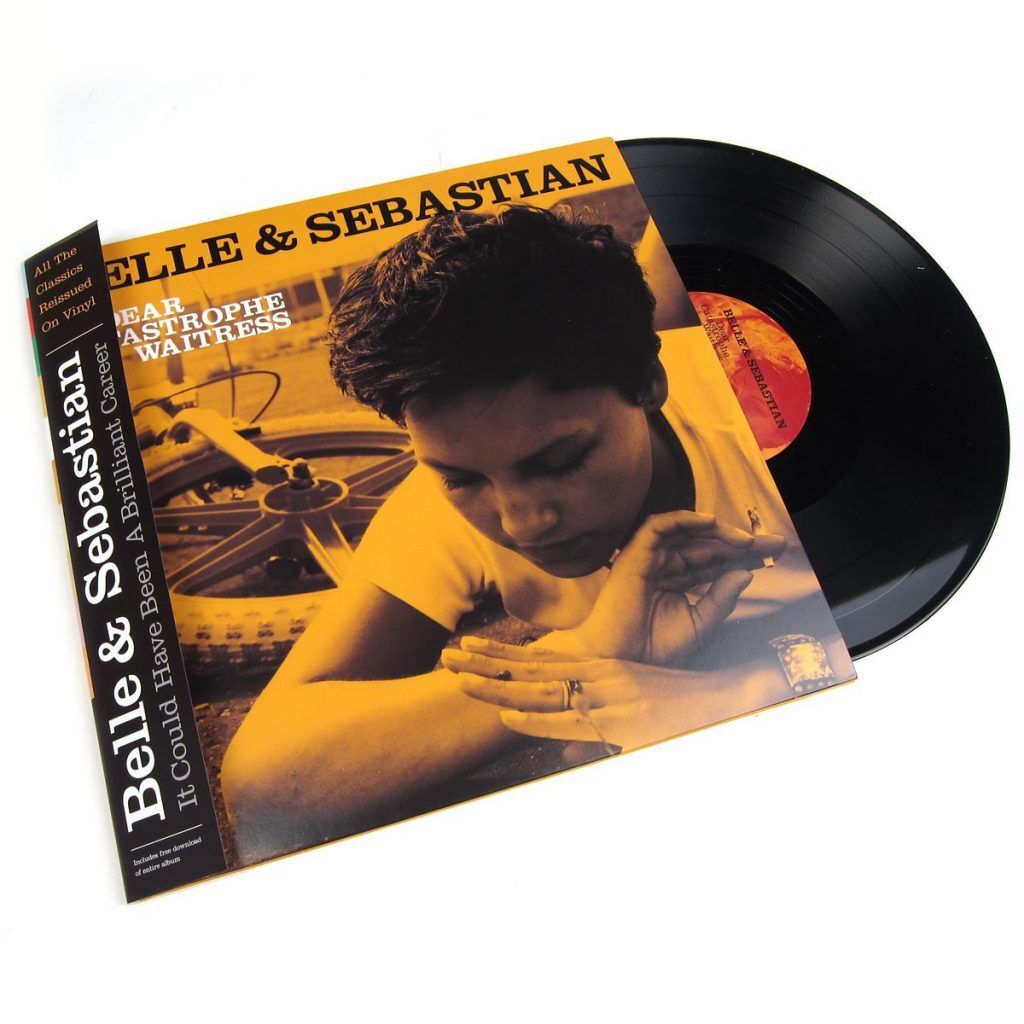 Dear Catastrophe Waitress is the Scottish indie pop band Belle & Sebastian’s sixth studio album released in 2003. The first pressing released for this album had a different album cover with the same sepia tone. The latest cover was the cover the band wanted to originally use and it was released in 2014. 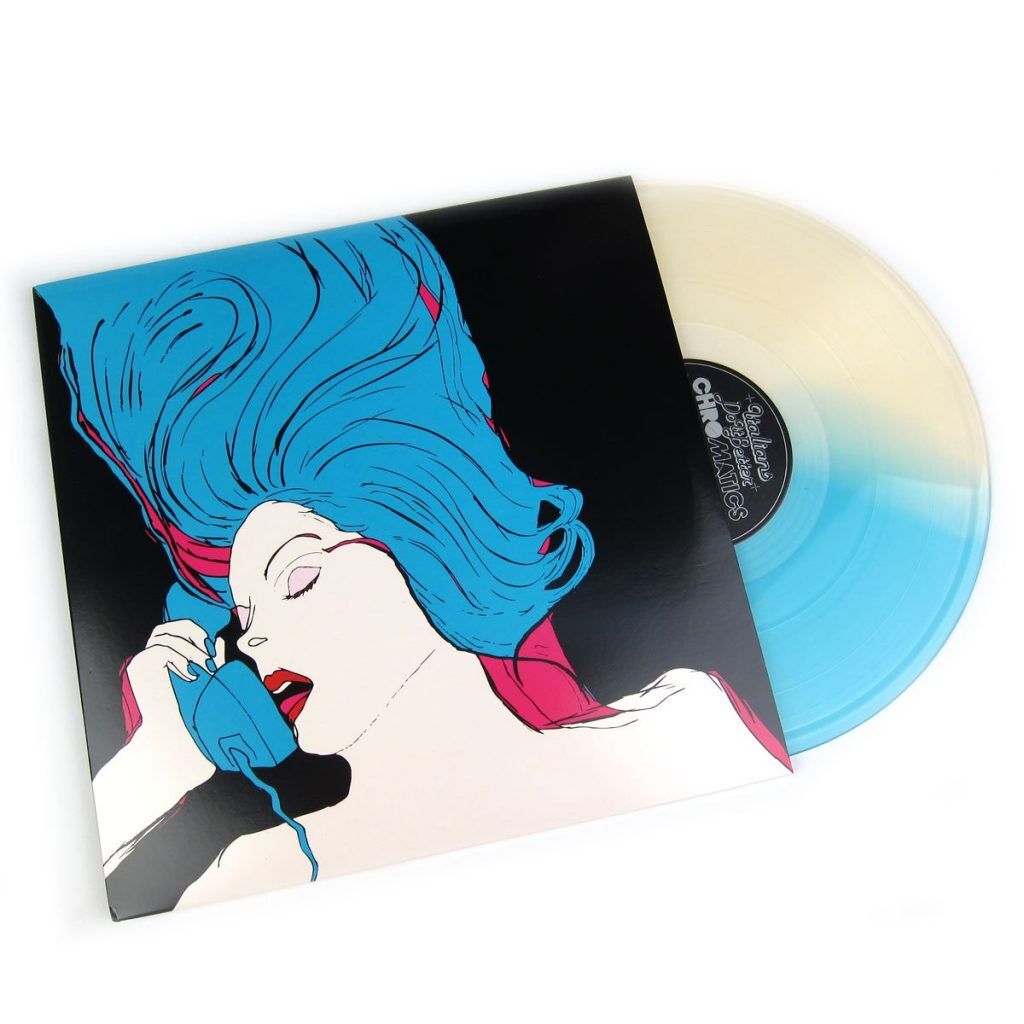 Night Drive was released in 2003 and was reissued in 2010 in a “Deluxe Edition”. The reissue is an analogue remaster where side A and B vinyl record was colored in blue and white while side C and D were on red vinyl record.

The deluxe edition has the same design as the original, however the “IV” on the side was gone and the colors were different. Instead of a white background we have black and the telephone and hair color is blue. 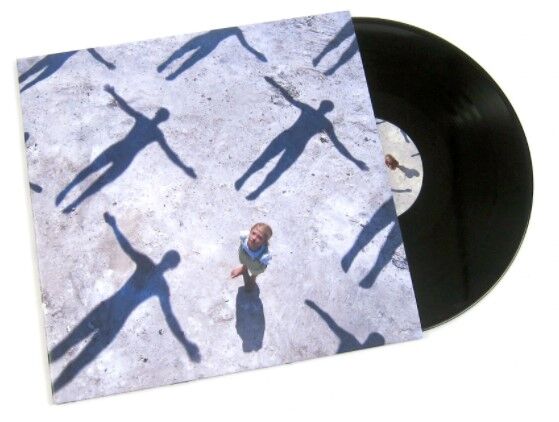 Absolution is a studio album by Muse which has a heavier and darker musical tone paired with lyrics that focus on theological and apocalyptic concepts. With the theme set in place, we see the artwork on the cover is laying it out visually.

The artist explained that the character looking up at the sky, which is a girl, sees “a squadron of giant flying people passing overhead” which we only see through their shadows which were maybe on their way to absolution.

#21 GODSPEED YOU! BLACK EMPEROR – LIFT YOUR SKINNY FISTS LIKE ANTENNAS TO HEAVEN 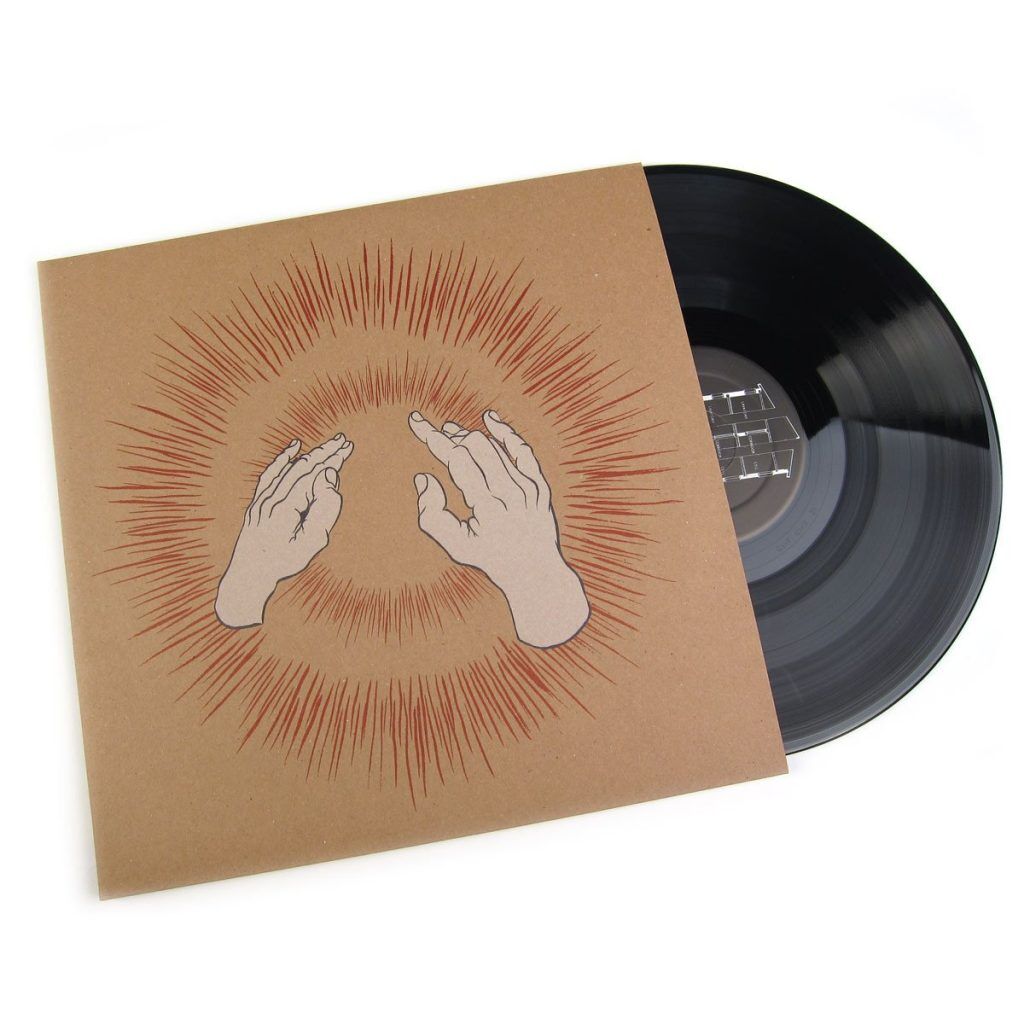 The album cover is very minimalistic with two red circles that seem to radiate and pulse and within the circles is a drawing of a pair of hands. 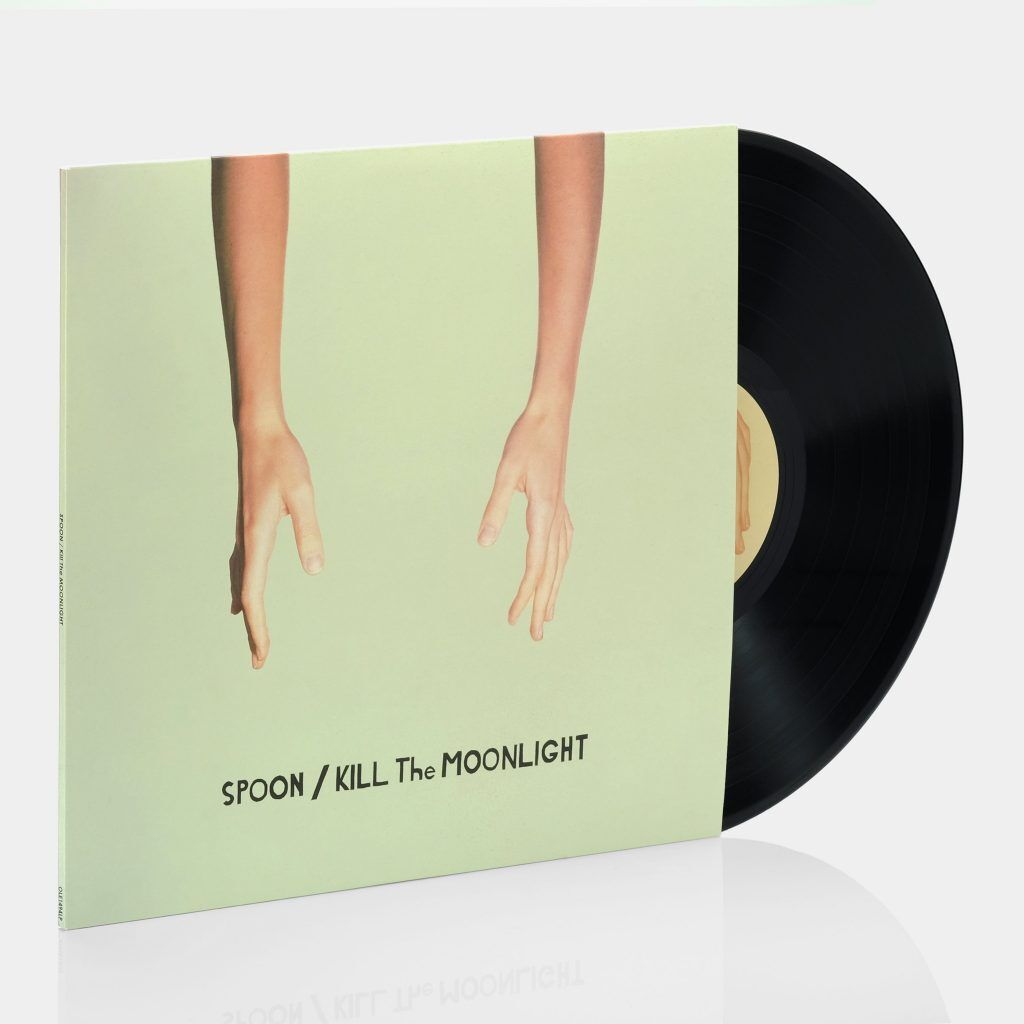 Spoon released their fourth studio album Kill the Moonlight on August 20, 2002. It features a stripped down and minimal sound that was praised by the public and was even regarded as the band’s magnum opus. The album cover was from a series of photos by Kristin Oppenheim, called After Dark My Sweet.

#23 FUCKED UP – THE CHEMISTRY OF COMMON LIFE 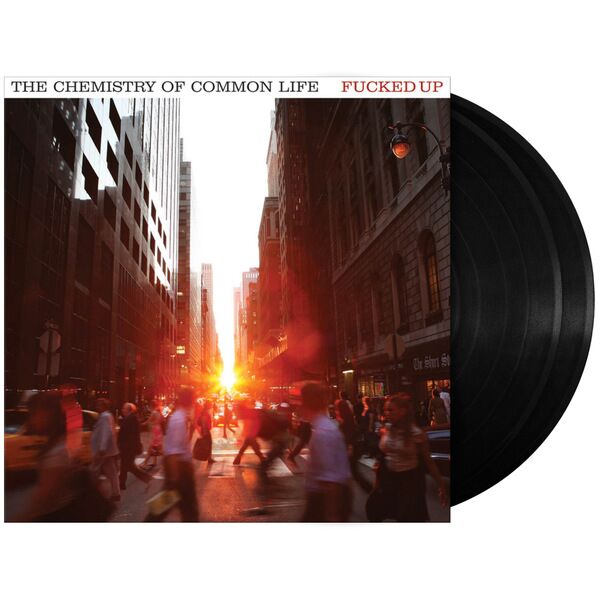 The Chemistry of Common Life’s album cover is one that shows the phenomenon of Manhattanhenge. It is the phenomenon where the sunsets and sunrises align with Manhattan’s east-west streets of the main street. 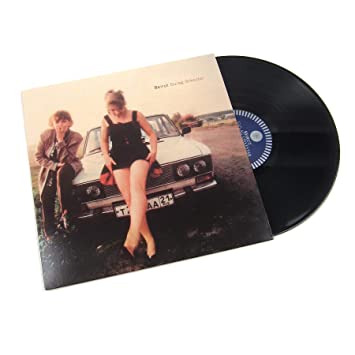 Beirut’s debut album Gulag Orkestar is named after the Gulag, which was a Soviet government agency administering criminal justice. The “orkester” is a Croatian word which means orchestra.

The album cover features two girls with a car, one is sitting at the center front part of the hood with crossed legs while the other is sitting on the left side with her hands half covering her mouth. 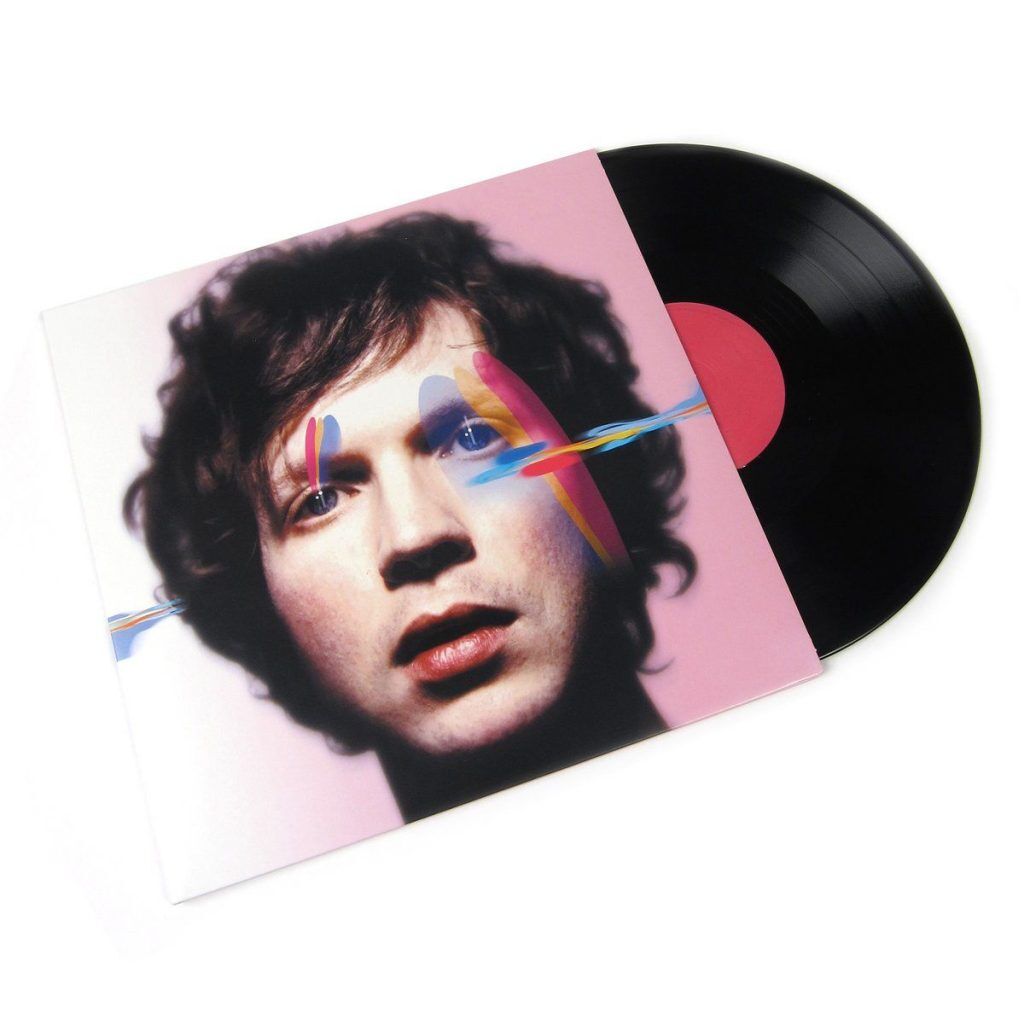 Beck’s Sea Change has an album cover that greatly depicts the heartbreak he experienced after his longtime girlfriend broke up with him. We can see that Beck’s headshot is digitally edited to add some of the brush paints on his face which accentuates the sadness in his eyes.

Which one made you want to rush to the nearest record store?

7 Habits of Annoying Artists (Maybe You’re One of Them!)

Most annoying artists do not have any idea that they’re annoying. In fact, they think that people love them. It’s very important to know when you become annoying because not only is it good for your career to change your annoying habits, it’s good for you as a person in general. Here are some ways […]

Get Sponsorship for Your Next Music Video (Step by Step Guide)

So you have the most brilliant idea for your next music video yet you cannot execute it because you only have a few dollars left in your pocket after recording your first album. But you also know the value of a kick-ass music video- that it could leverage your career faster than you can say […]