When you go buy vinyl records in the past, all you get is a vinyl on white inner sleeves. When you do buy in the present times, you get more than just those two.

You get to have printed vinyl record jackets with artwork and even have inclusions along with it like photo books, lyric cards, and posters. If you’re not just a vinyl collector but a poster collector as well, then you came to the right place.

Let me present to you 20 vinyl albums that come with awesome posters you will surely want to collect.

#1 PINK FLOYD – DARK SIDE OF THE MOON 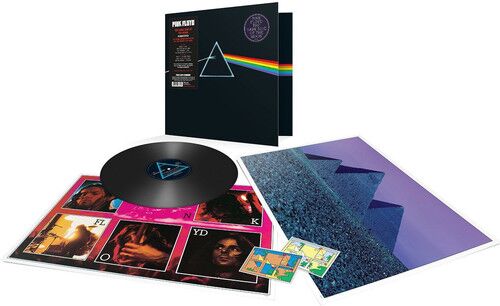 First on the list is Pink Floyd’s all-time classic album Dark Side of the Moon. The album, known for its iconic light and prism design, comes with inclusions.

Inside it are 2 stickers and 2 landscape posters. The first one features the members playing in their concerts with scattered letters of their band name on each section.

The second one features pyramids like the earlier releases, but this time in purple and blue color. 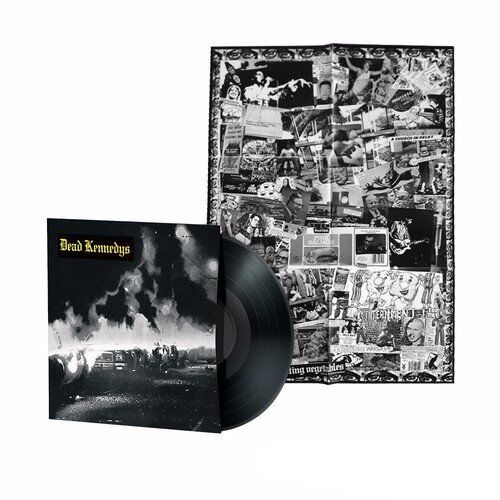 With the version came a 82.6 x 56.5 cm portrait poster. The poster is black and white and has newspaper clips, photographs and more. 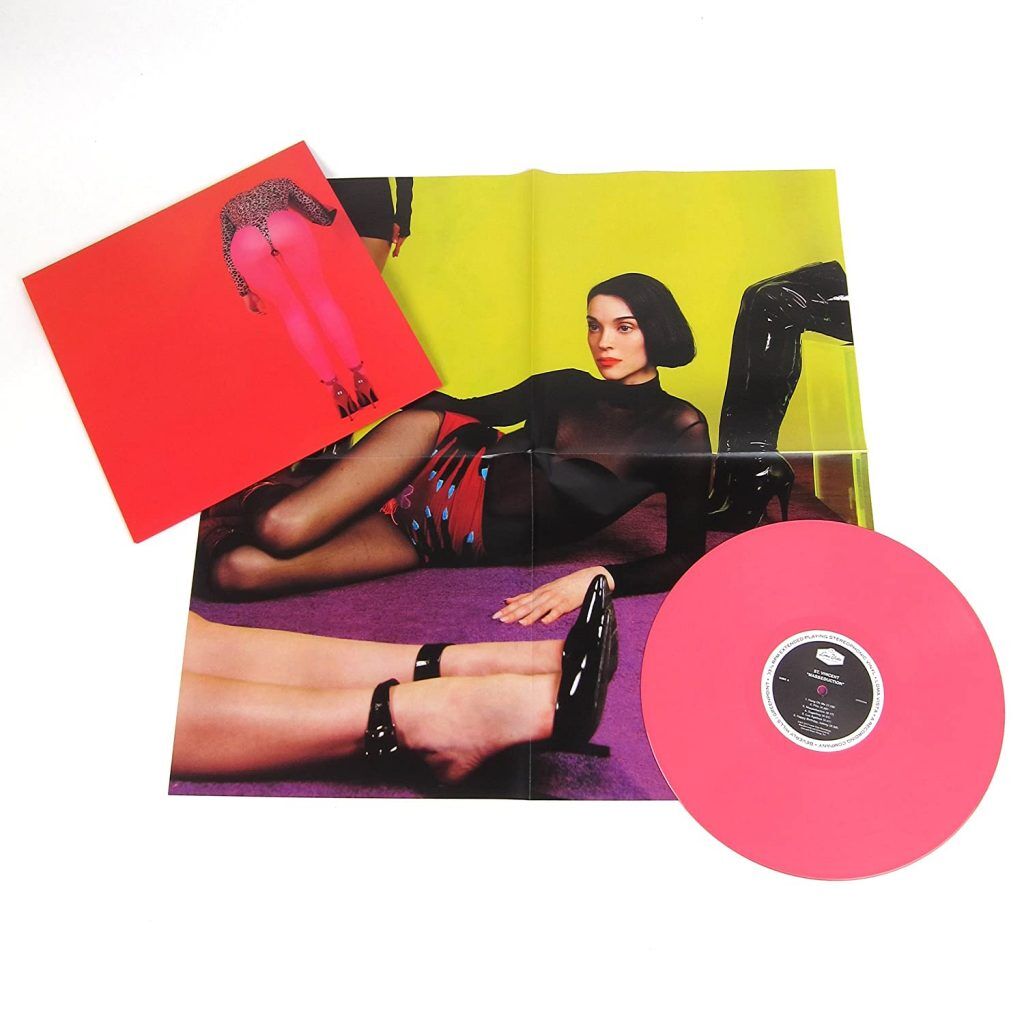 Annie Clarka, professionally known as St. Vincent released her fifth album Masseduction and had a limited custom vinyl pressing of it on opaque pink colored vinyl.

It was released in Loma Vista together with a 24” x 24” foldout poster that presents her half lying on the floor while surrounded with three women’s legs in different sitting positions. 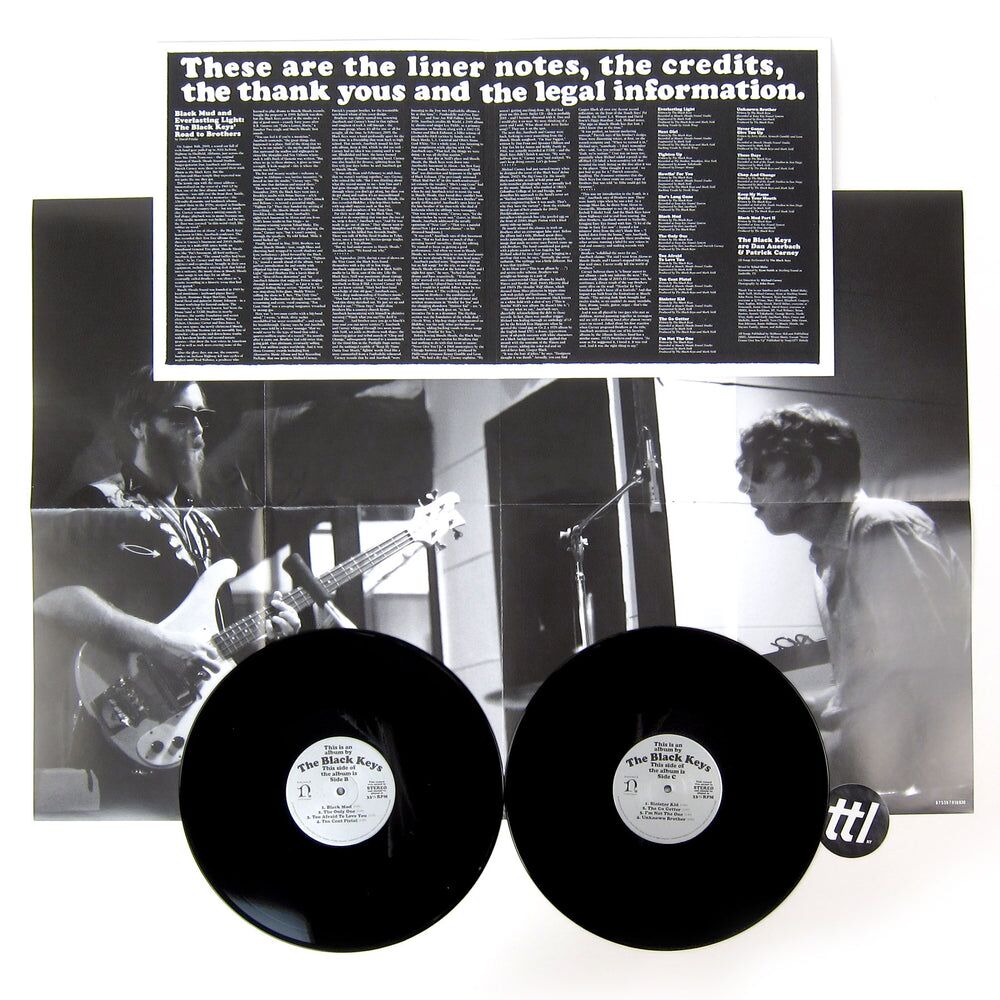 In celebration of The Black Keys’ Brothers’ 10th anniversary, a deluxe remastered edition of the album was released. It was released on vinyl record albums containing two 12-inch black vinyl records with 3 bonus tracks, liner notes by David Frcicke, and a huge foldout poster.

The poster features the two members in black and white while they seem to be rehearsing or recording. 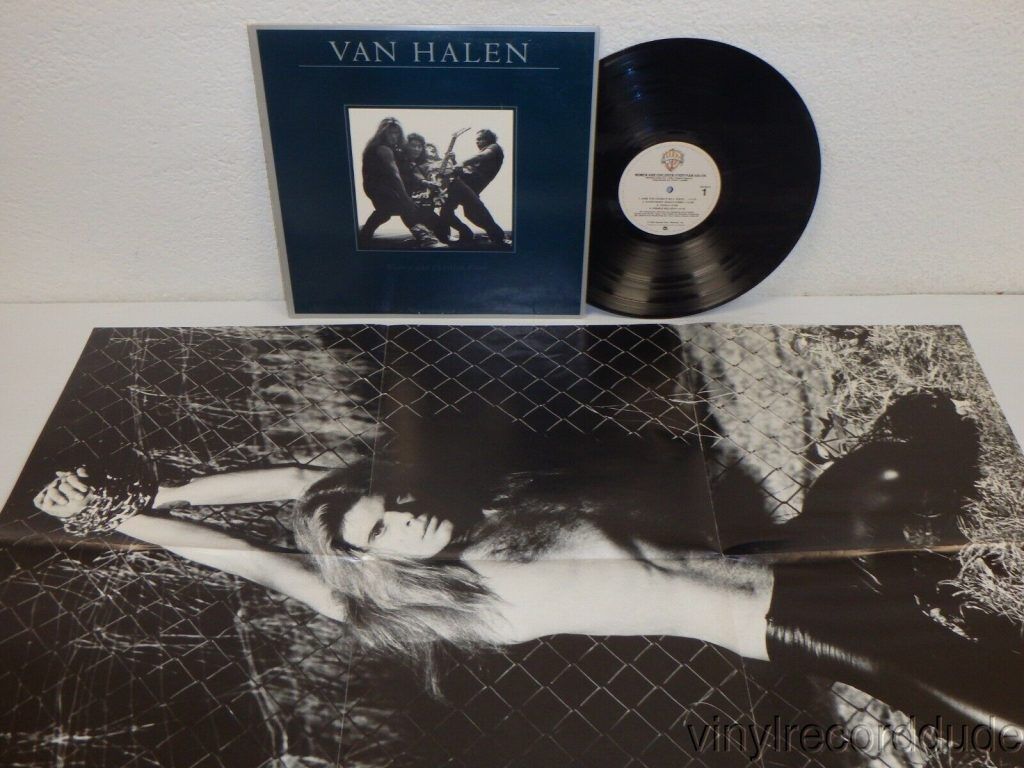 The rock band’s 1980 vinyl record album Women and Children First is truly one of the albums you need to have. Apparently the poster included in the album package is a limited edition. The poster is a 36” x 24” foldout black and white poster that features a bare-chested Dave lee Roth. 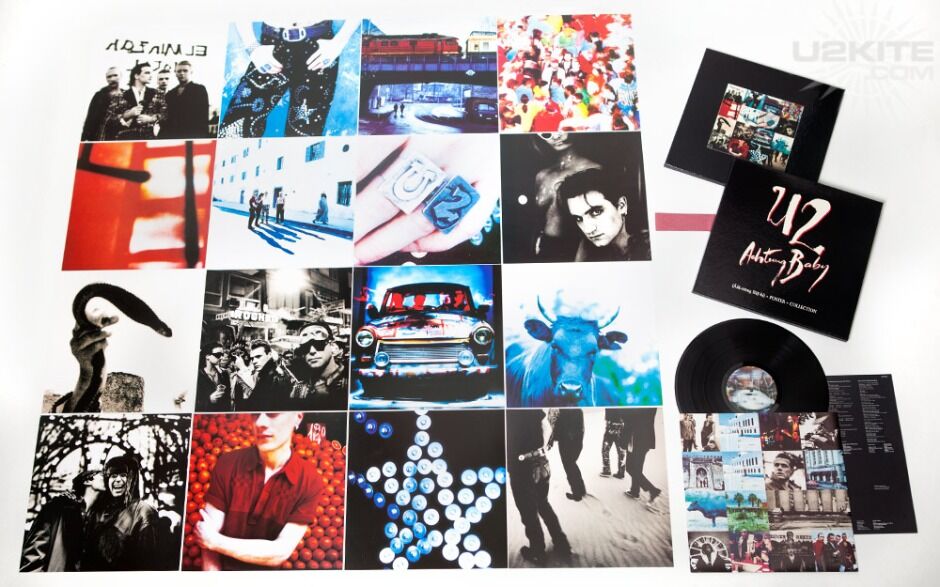 Another must-have in your collection of posters is U2’s first Europe pressing of Achtung Baby. The pressing came with a rare poster box that features an uncensored Adam Clayton cover. I bet it’s one of the rare ones. 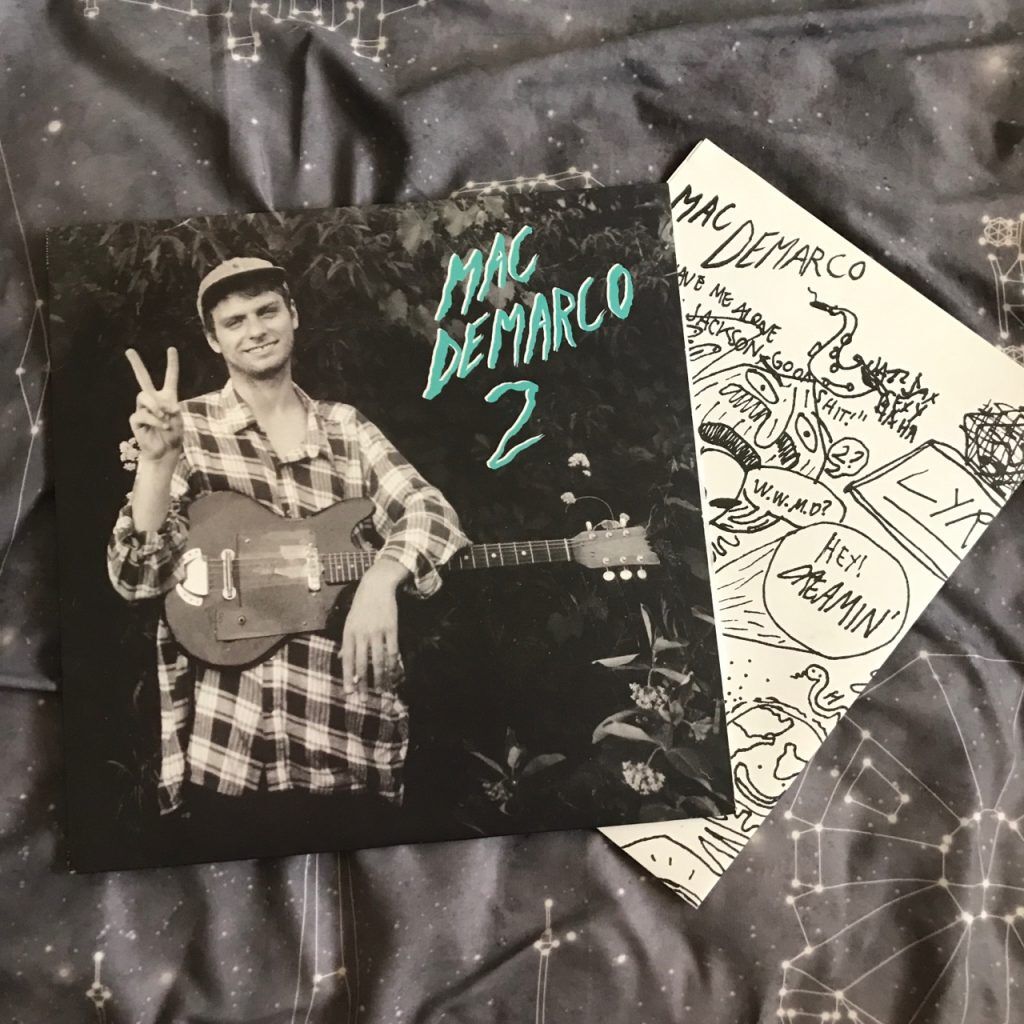 Mac Demarco’s album 2 has one of the most cool posters to have ever existed. The poster is like a piece of paper where someone doodled just about anything they can think of.

There’s so much going on and though they look nonsensical, they’re there for a purpose. They’re there to send or portray a message. 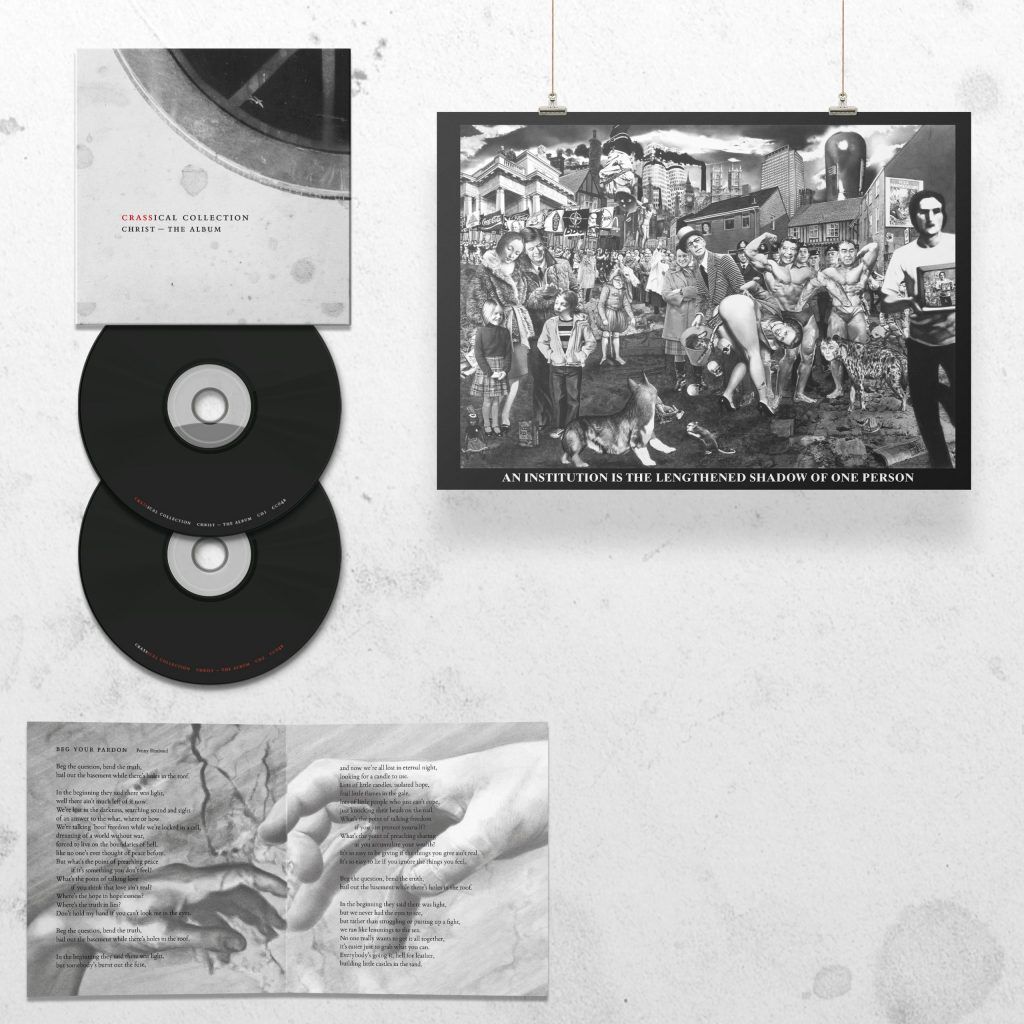 The vinyl album consists of two 12-inch vinyl records, a booklet, and a poster. The poster is a famous satirical poster that features Thatcher, Reagan, and Brejnev in ambiguous postures.

It also includes a quotation from Ralph Waldo Emerson, “An institution is the lengthened shadow of one person”, in bold letters. 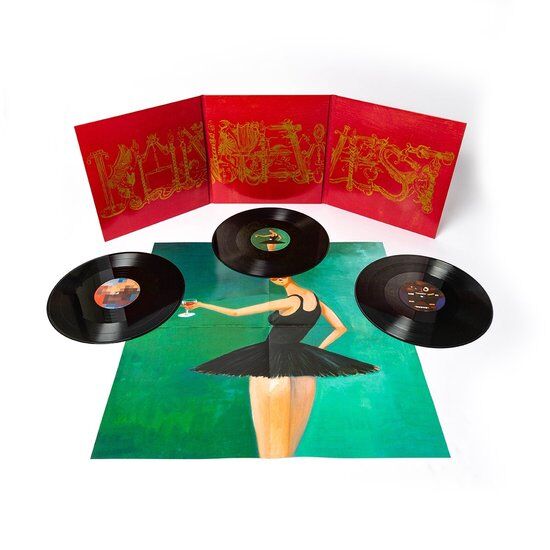 My Beautiful Dark Twisted Fantasy is Kanye West’s fifth studio album released in many formats. The vinyl album is a tri-fold jacket that contains three 12-inch vinyl records in standard black. It also includes a poster printed with an artwork of a girl donning a black ballerina dress while holding a glass with red liquid inside. 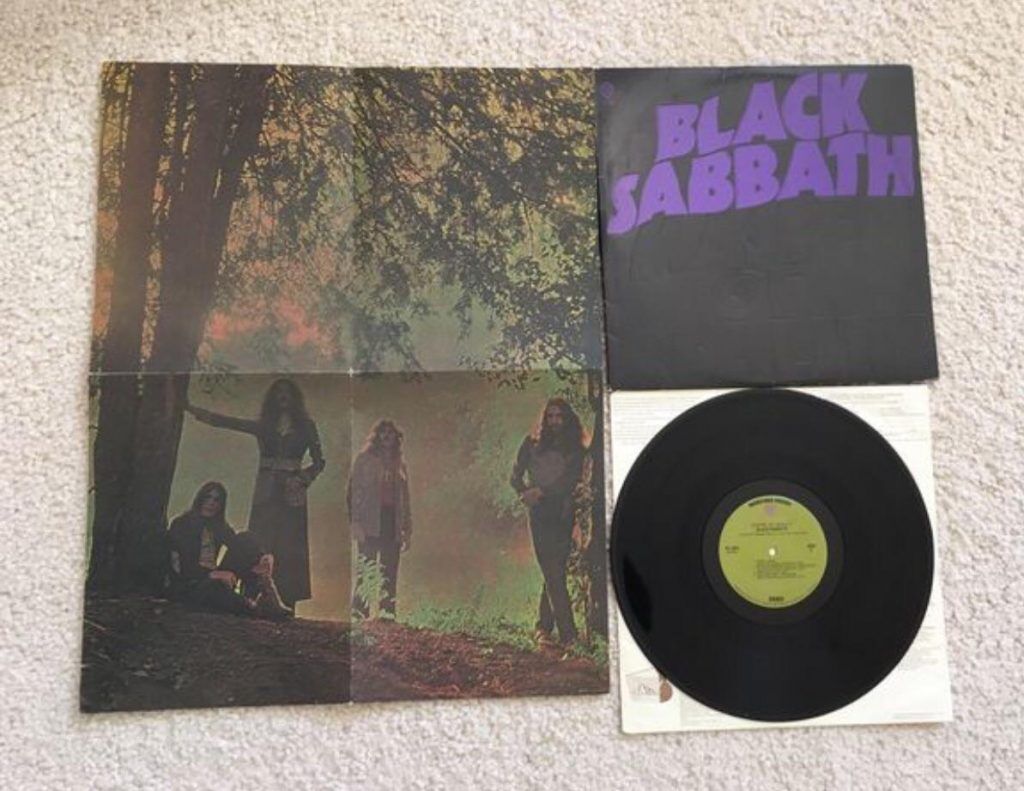 Black Sabbath’s Master of Reality was released on 12-inch vinyl records by Vertigo Swirl Label. The first Australian pressing of the album was considered rare. It even came with a poster, which I assume is also a rare one. 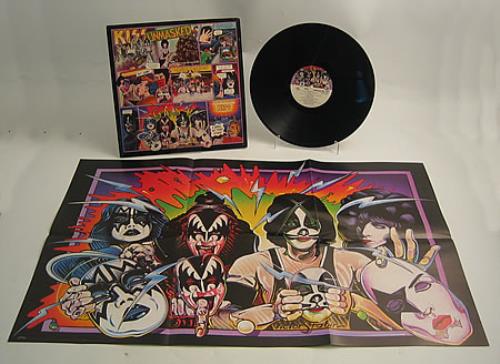 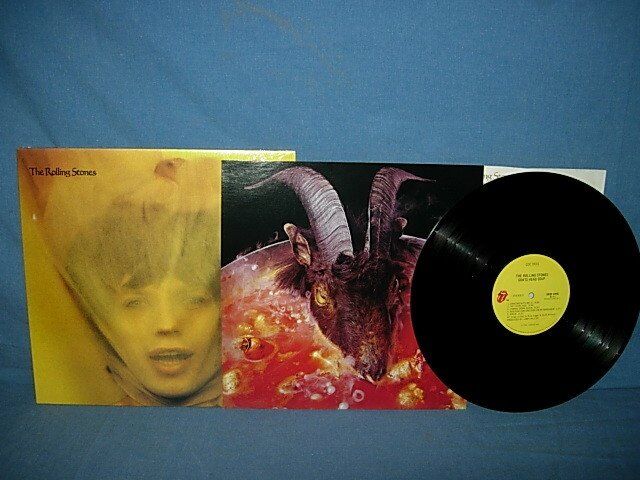 The Rolling Stones’ Goats Head Soup vinyl album comes with a special poster that features a goat’s head in a soup. 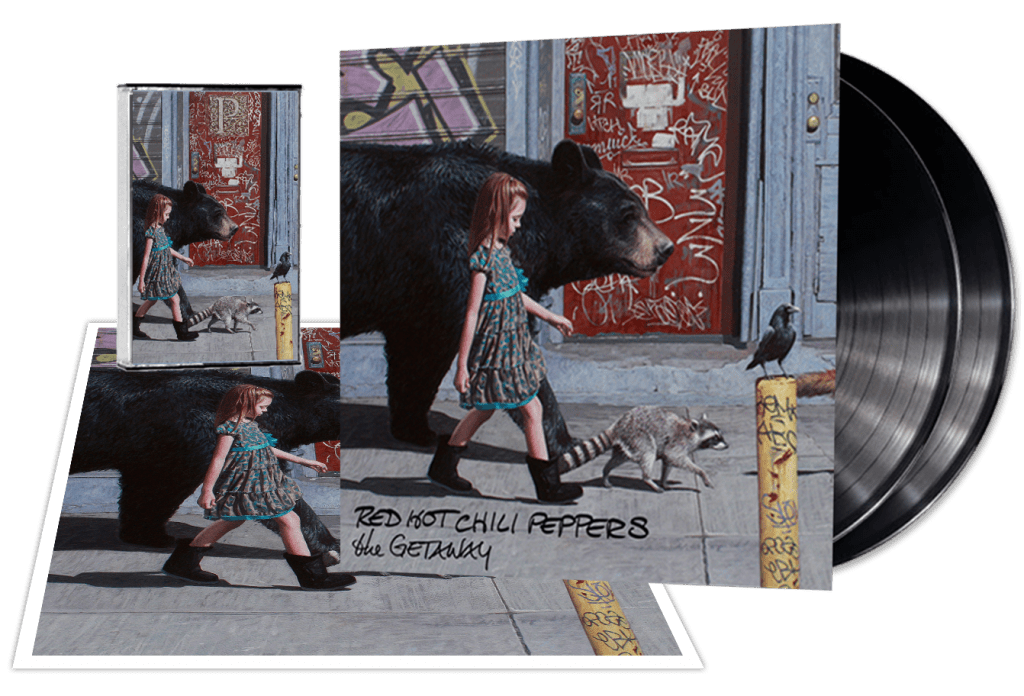 The Getaway is an album by Red Hot Chili Peppers that was released with a beautiful aesthetic album cover. So aside from the single jacket, a 48” x 32” poster was also printed with the artwork. 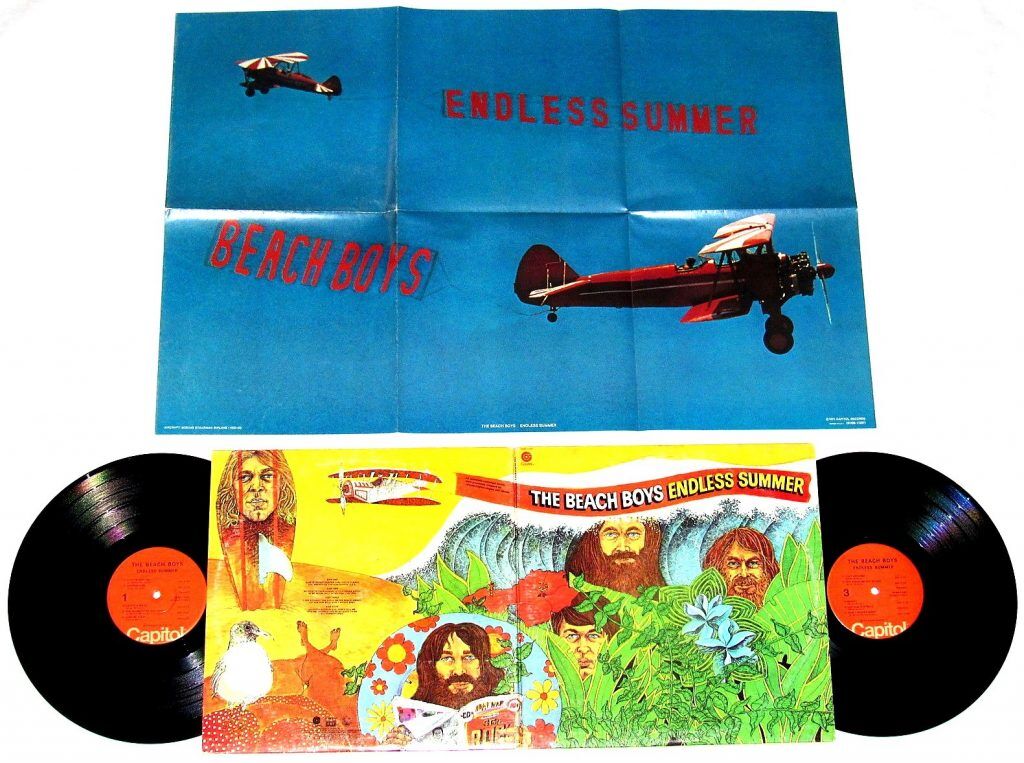 The album by The Beach Boys, titled Endless Summer, was released on vinyl records with a gatefold jacket and two vinyl record discs.

A poster is also inside the jacket that shows two small flying planes carrying banners that say “Endless Summer”, on the upper part, and “Beach boys, on the lower one. 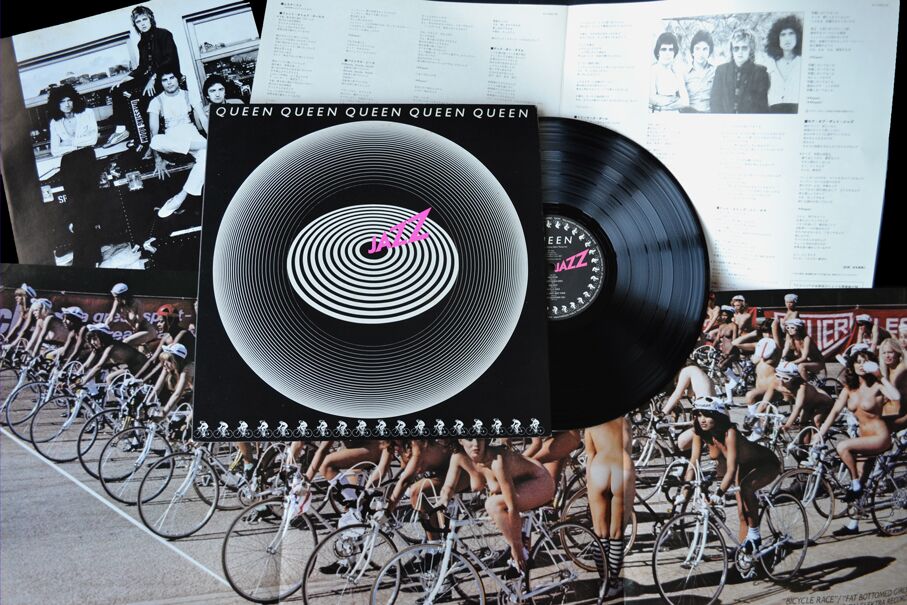 Queen’s first Japanese vinyl pressing of their album Jazz is one that collectors should be looking for. The pressing comes with a fold-out poster that features tons of naked women riding bikes while on the starting line. One of the true rare ones. 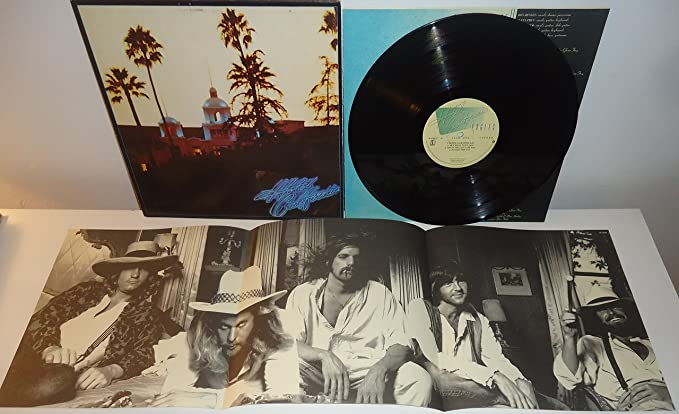 Hotel California’s first original vinyl pressing is another gem to seek. It came with a rare fold-out poster that features the members of the band as they sit and pose. 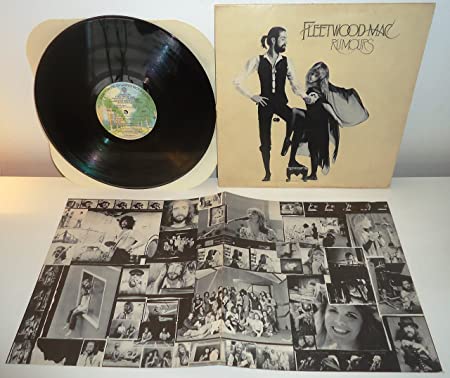 One of Fleetwood Mac’s successful albums, Rumours, is here with its original poster released together with the album in 1977. The poster is a collage of photographs that mostly featured the duo. 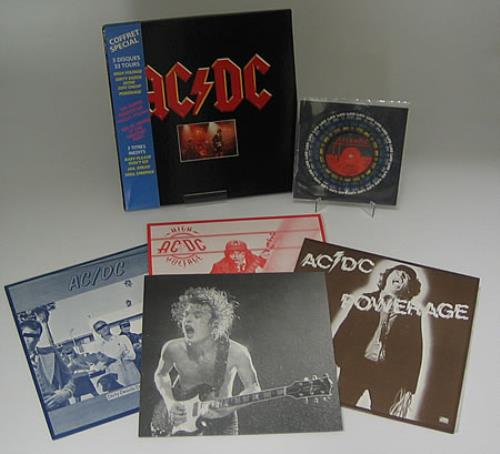 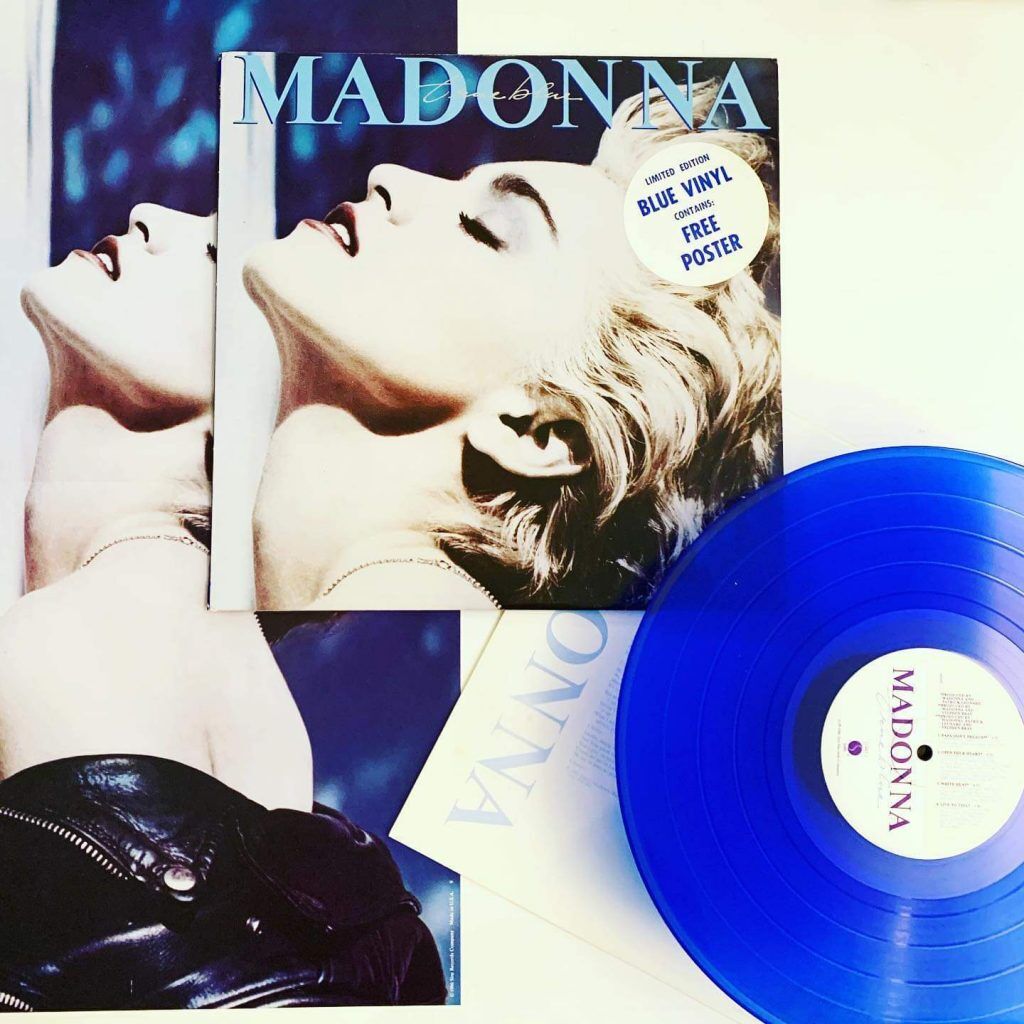 Madonna’s True Blue album cover was another exquisite artwork that deserves to be pasted or thumbtacked to a wall. The album’s rare blue vinyl New Zealand promotional pressing came with a poster that extends the album cover to show her exposed upper back and shoulders and black top. 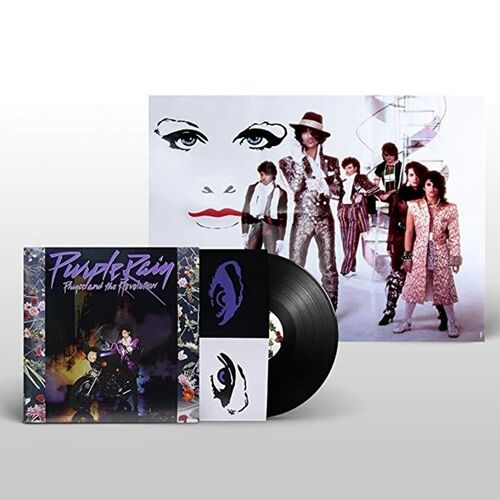 Purple Rain had a limited vinyl pressing for its remastered version last 2020. Its remastering was apparently overseen by Prince himself. The limited album had a poster inclusion printed with the same artwork from the original 1984 release.

If you want to have posters as cool as these, hit us up!

Vinyl Single Jacket VS Vinyl Gatefold Jacket: Which is Better for Your Project

In releasing your vinyl record album, you will certainly have to decide on what kind of vinyl packaging you want– whether it’s the single vinyl jacket or the vinyl gatefold jacket. There are many types of vinyl jackets available today, but we’ll be focusing more on these two because they’re the standard. Let me first […]