When an artist has even just one album released on vinyl record, it feels like they’re on another level of being a musician. That’s how vinyl records affect your status as an artist.

It’s a format that legitimizes you. It separates you from thousands of new artists posting their stuff online.

To inspire you, we’ve come up with a list of world-renowned musicians with their one of a kind vinyl record albums. Of course, these famous artists won’t pass up the chance of having their songs on the format, and they released it with flair through custom vinyl pressing. 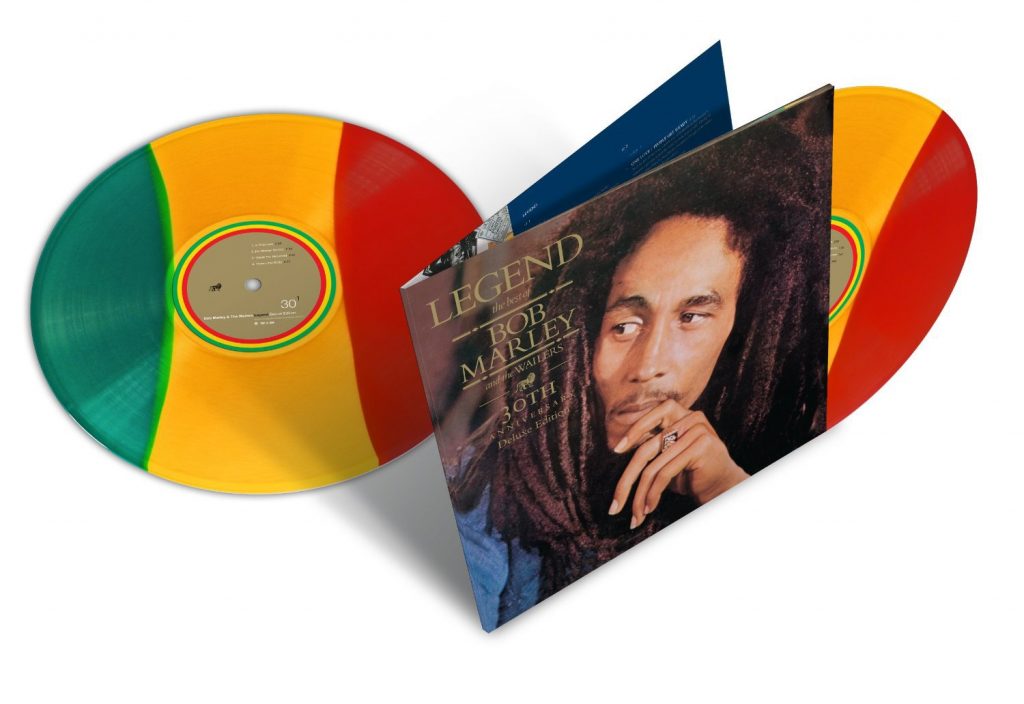 First on the list is reggae pioneer Bob Marley’s 30th Anniversary Edition of Legend. The album includes all ten of Bob Marley’s UK Top 40 hit singles up to that 30th year, plus 6 more.

The 16 tracks were pressed onto two 12-inch custom vinyl records. The green-yellow-red colored vinyl records are housed by a printed gatefold jacket that retained the original artwork of the album.

#2 CONFESSION ON A DANCE FLOOR – MADONNA 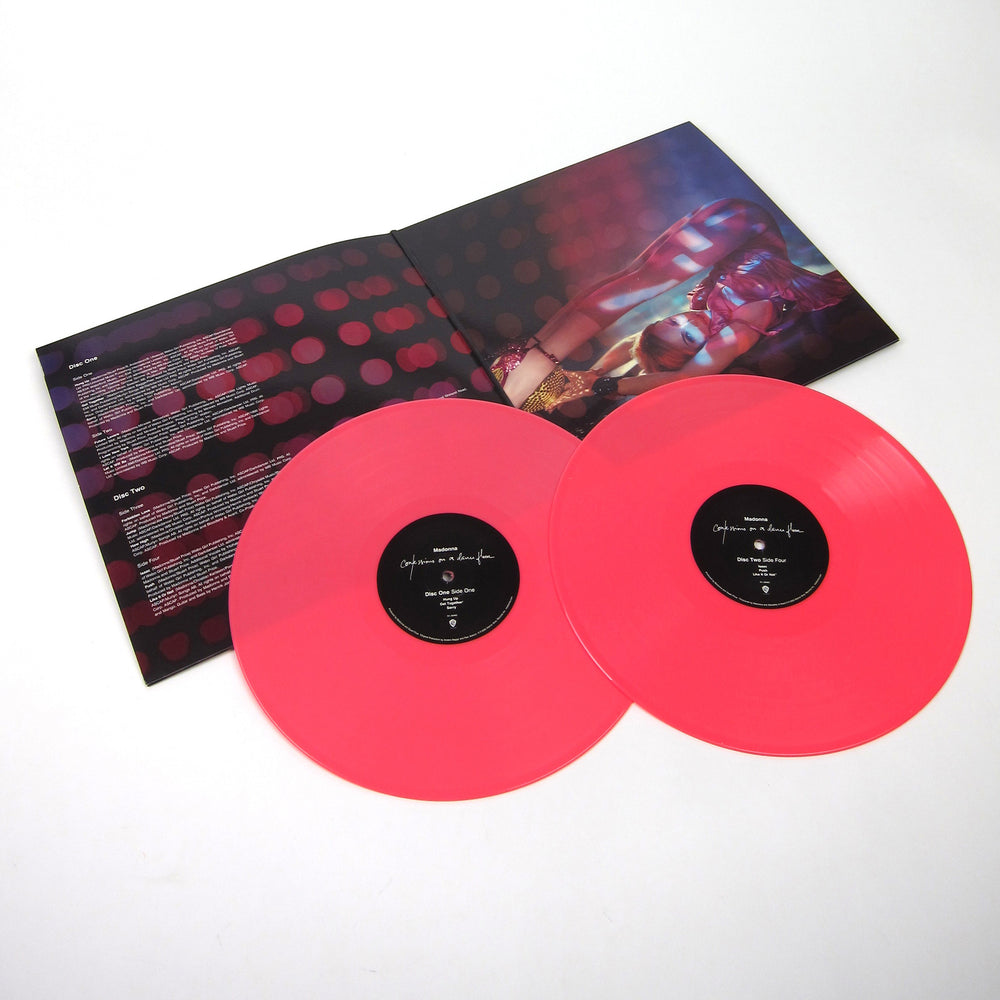 The Queen of Pop, Madonna, released her album Confession on a Dance Floor on November 9, 2005. It is composed of a total of 12 tracks including the single Hung Up.

The Grammy awarded album had a limited vinyl edition released on March 6, 2006. It included two 12-inch vinyl records in pink color and a gatefold jacket. 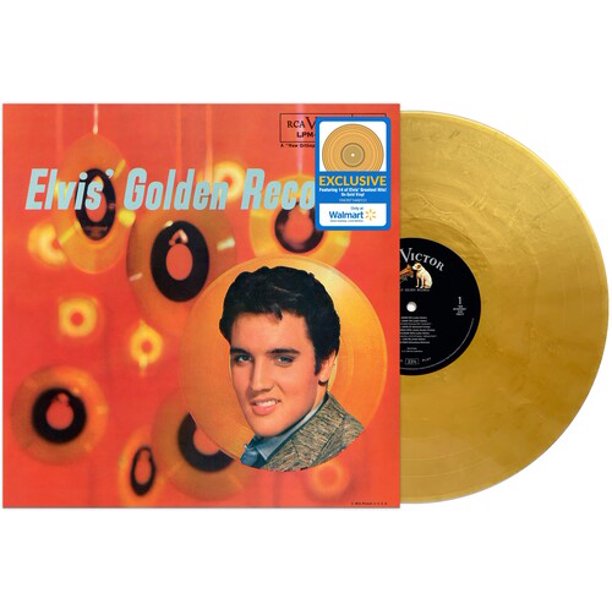 Now we have Elvis’ Golden Records, a compilation album by the King of Rock and Roll, Elvis Presley. The album is often regarded as the first greatest hits album in rock and roll history.

Elvis Presley’s biggest hits issued between 1956 and 1957 are included on the exclusive Walmart gold vinyl. The gold vinyl is packaged inside a single jacket printed with the original artwork of the compilation album. 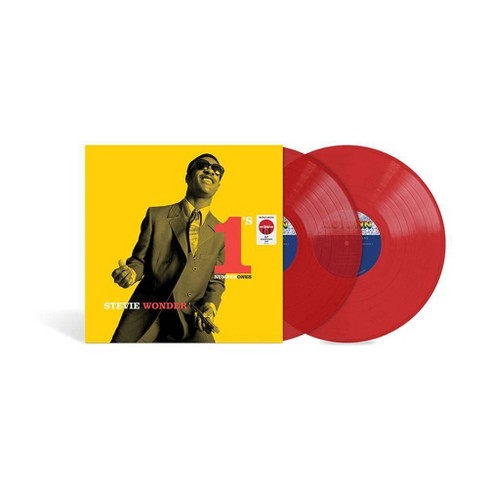 Stevie Wonder, a child prodigy, is one of the world’s best-selling musicians and his album Number Ones proves this. The album contains 20 singles that have topped number one in charts.

The vinyl record release of the album includes two red translucent custom vinyl records. The exclusive limited records are housed by a yellow colored vinyl jacket that features the artist who seems to be enjoying himself. 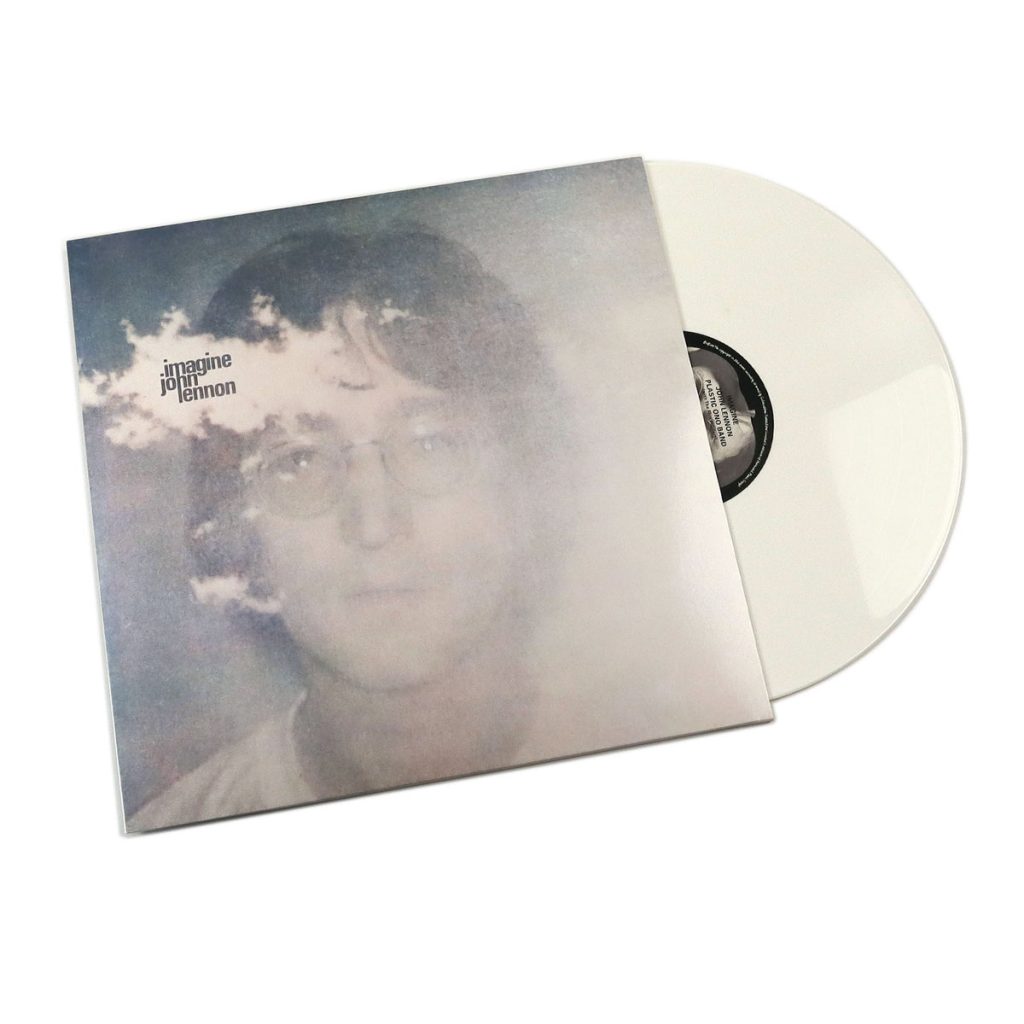 John Lennon, a key member of one of the most popular bands The Beatles, released his album Imagine in 1971. It includes his solo career’s best-selling single of the same name.

Apple Records released a vinyl record format of the album for it’s 50th anniversary. It contains two white custom vinyl records that are packaged inside a printed jacket featuring a profile of Lennon.

#6 BIRTH OF THE COOL – MILES DAVIS 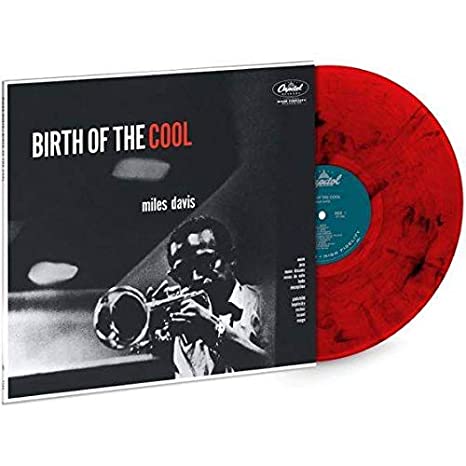 Miles Dewey Davis III is regarded as one of jazz’s most influential and famous figures. His compilation album Birth of the Cool just cements this as it gained a silver certification from the UK, which means that it has sold 60,000 copies and more.

The silver certified album has a vinyl release on limited red custom vinyl records with black swirls as design. The record is then stored inside a vinyl jacket that presents a black and white Miles Davis while he plays his trumpet. 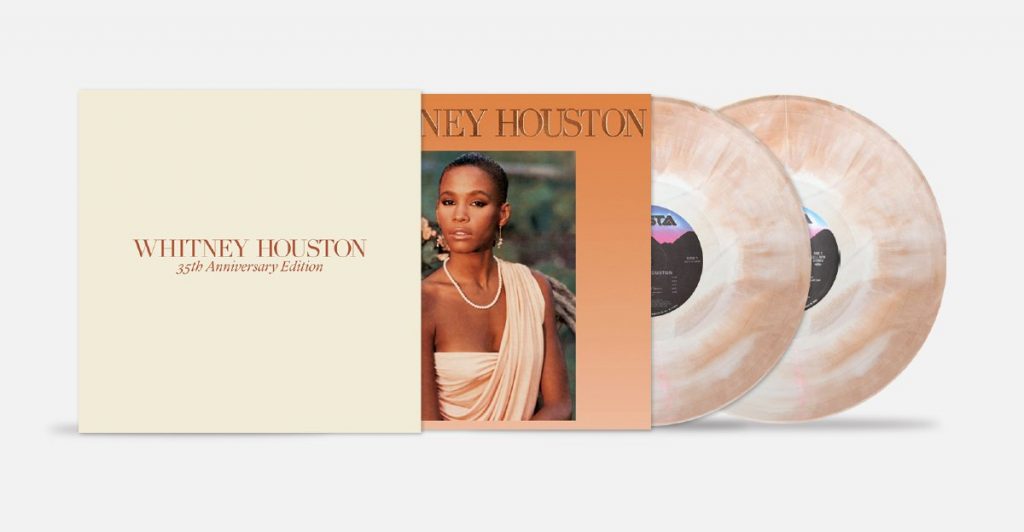 Due to Whitney Houston’s great voice she was nicknamed as “The Voice”. This also led her to being one of the best-selling recording artists of all time, with a record of selling 200 million records worldwide.

Whitney Houston is the artist’s self-titled debut album that was released in 1985. In 2010, the album was reissued for its 25th Anniversary. The album contains two 12-inch vinyl records in peaches and cream swirl color which are housed inside a premium gatefold jacket.

#8 NOTHING BUT THE BEST – FRANK SINATRA 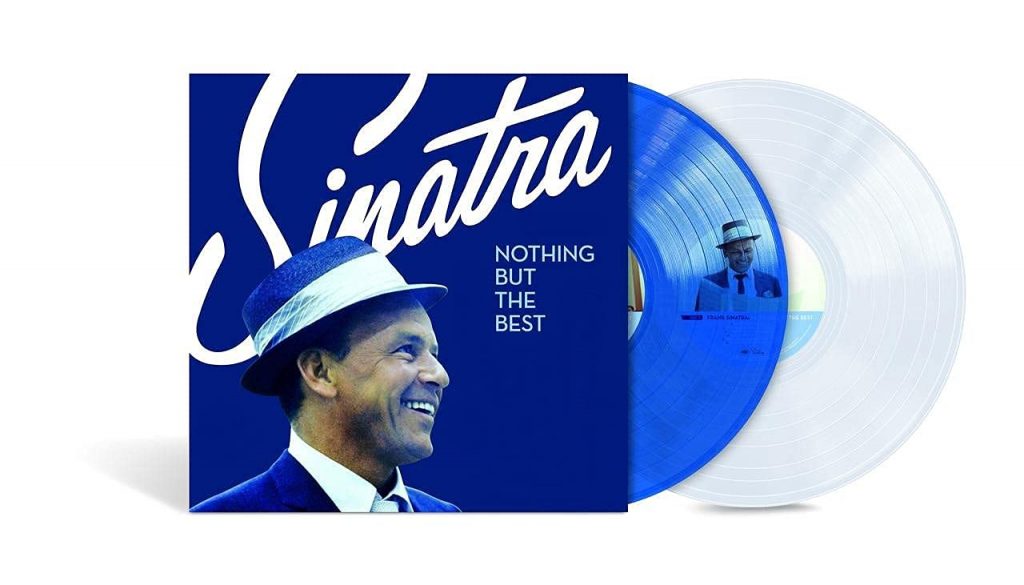 American singer Frank Sinatra is generally viewed as one of the greatest musical artists of the 20th century. He has performed and composed a lot of hit songs and his compilation album Nothing But the Best contains those from his work with Reprise Records.

The vinyl album is an exclusive edition that comes with exclusive limited edition vinyl records. It contains one blue translucent and one clear 12-inch vinyl record. The vinyl jacket is printed with the album’s artwork that features a smiling Sinatra with a background in lighter blue. 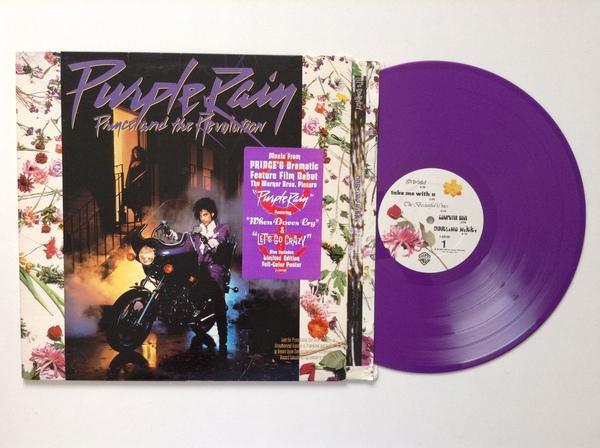 Prince Rogers Nelson was recognized for his colorful and androgynous appearance, as well as a broad vocal range that featured a high-pitched scream and a far-reaching falsetto. His album Purple Rain was released in 1984 with 9 tracks. It was also a soundtrack of a film of the same name. 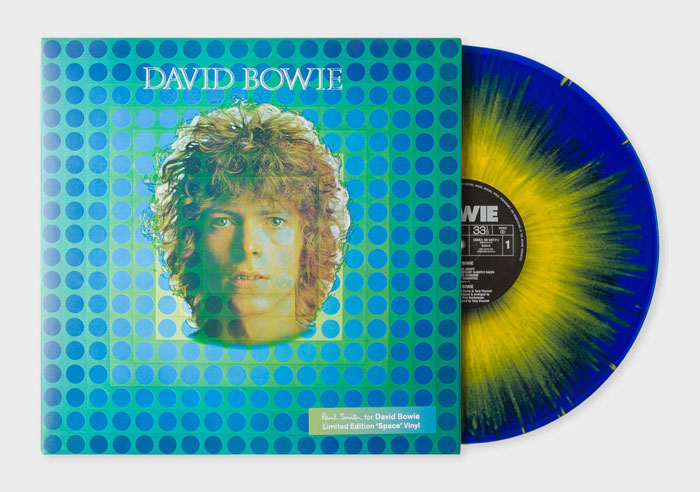 David Bowie was a one of the leading figures in the music industry and was praised by many critics and fellow musicians for his works. His second self-titled album was released in 1969 after his first self-titled album, also his debut album, commercially failed.

This album is more commonly known as Space Oddity since it contained Bowie’s single of the same name that tells of the tale of a fictional astronaut, Major Tom.

Due to the single’s spacey and outworldly vibes, the album’s visual’s exude the same vibes. We can see that the blue vinyl record is designed with a yellow color that originated from the center and extends outward like small tentacles. 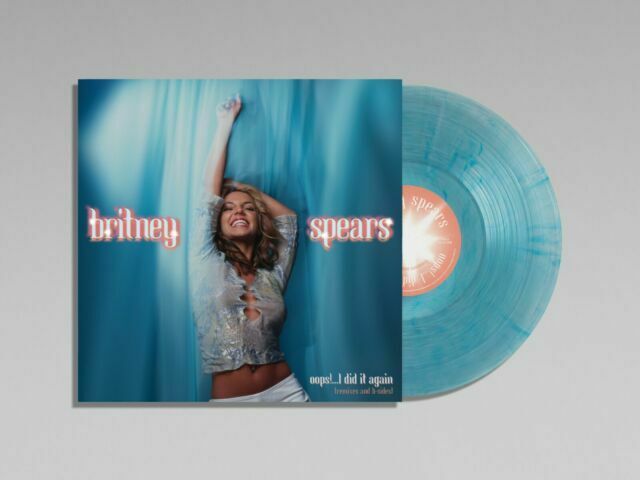 Britney Spears is nicknamed as the “Princess of Pop” as she had a vital role in sparking the revival of the teen-pop genre in late 1990’s to early 2000’s. Her second studio album Oops!… I Did it Again was a massive commercial success.

The album in this list however is the Remixes and B-Sides edition of the album. It has 8 tracks in total that are pressed onto translucent baby blue colored vinyl records. It includes 4 remixes of four tracks from the album and 4 b-sides from different album editions.

#12 ME. I AM MARIAH… THE ELUSIVE CHANTEUSE – MARIAH CAREY 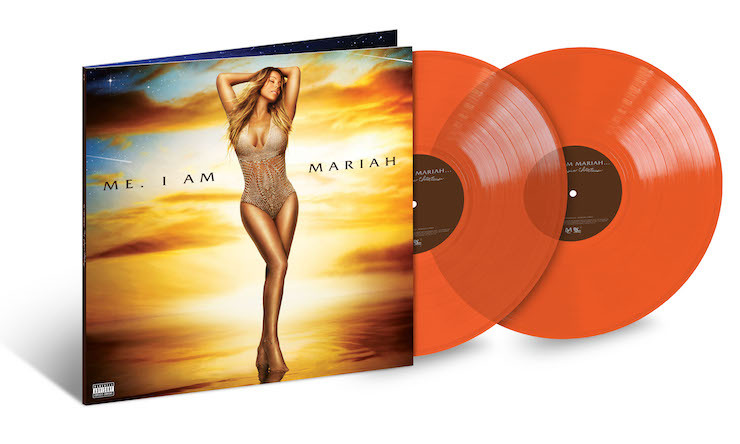 Mariah Carey is another singer known for her remarkable vocal range and is one of the most successful female performers of the 1990’s. Me. I Am Mariah… The Elusive Chanteuse is a fairly new album as it was released in 2014. It was named after a self-portrait that Carey drew which she captioned with “Me. I Am Mariah”.

The album was released in many formats and one of them is on vinyl record. The vinyl format holds a total of 14 tracks pressed on two red 12-inch vinyl records that are housed inside a gatefold jacket featuring a full body shot of Carey. 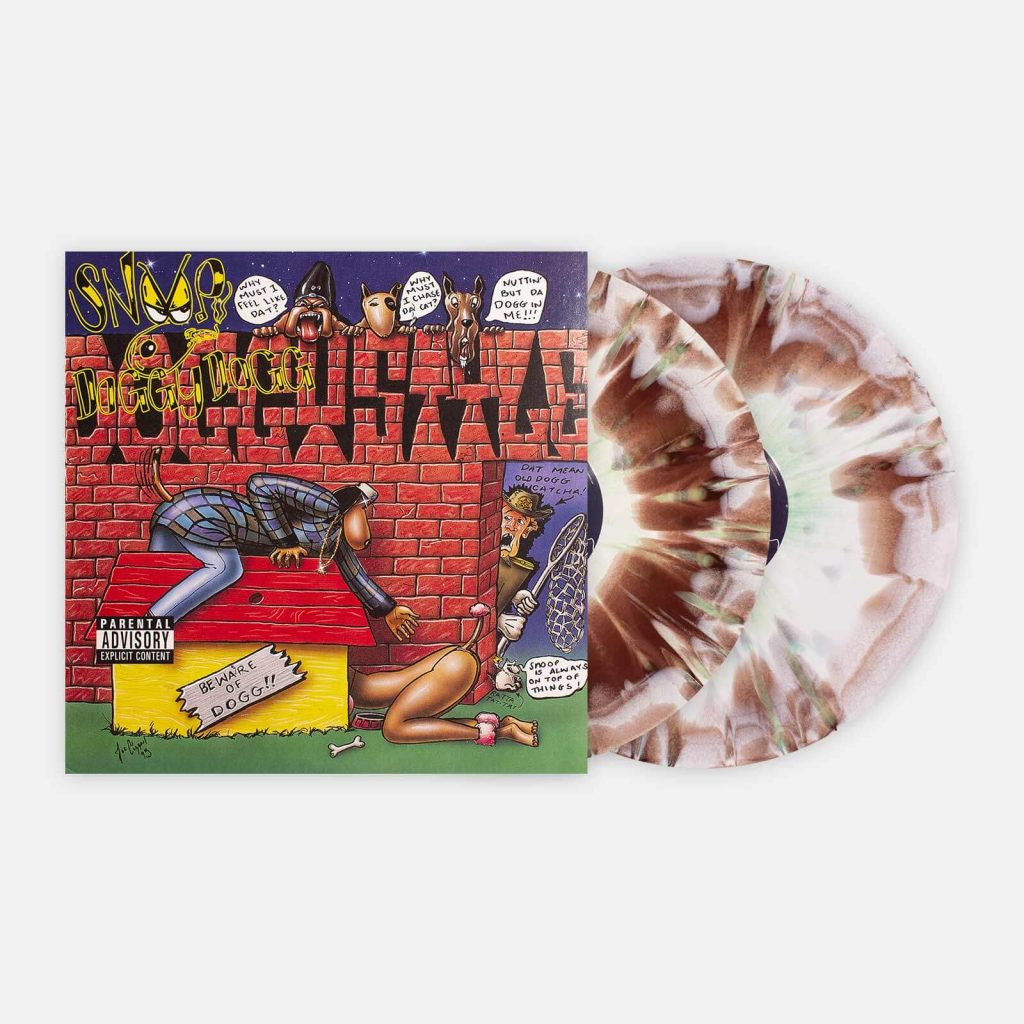 Calvin Cordozar Broadus Jr. is professionally known as the famous American rapper Snoop Dogg. He was known for his participation as a featured artist on Dr. Dre’s debut single Deep Cover.

The vinyl version features the album cover on the vinyl jacket and the all 19 tracks were pressed onto two custom vinyl records designed with brown and minty colored splatter. 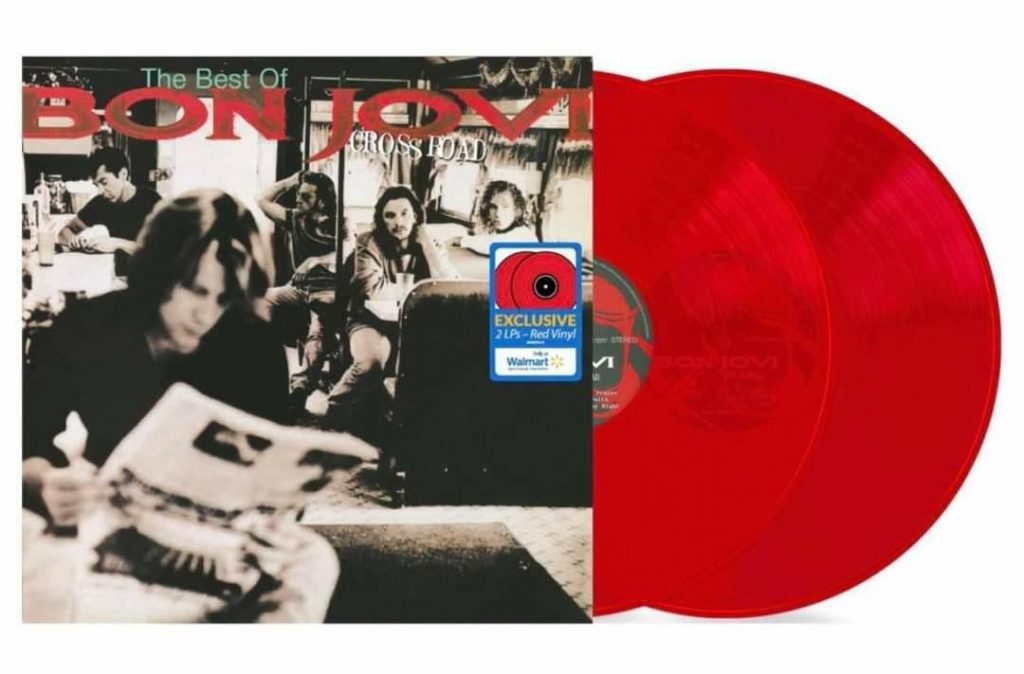 The band Bon Jovi was founded by Jon Bon Jovi and were known for bridging the gap between heavy metal and pop with style and ease.  Their album Cross Road is their second greatest hits compilation album and includes their second chart-topping single Livin’ on a Prayer.

The compilation album was reissued in 2019 with a gatefold jacket that sported the same artwork from the original vinyl pressing. The 15 tracks are pressed onto two red translucent vinyl records. 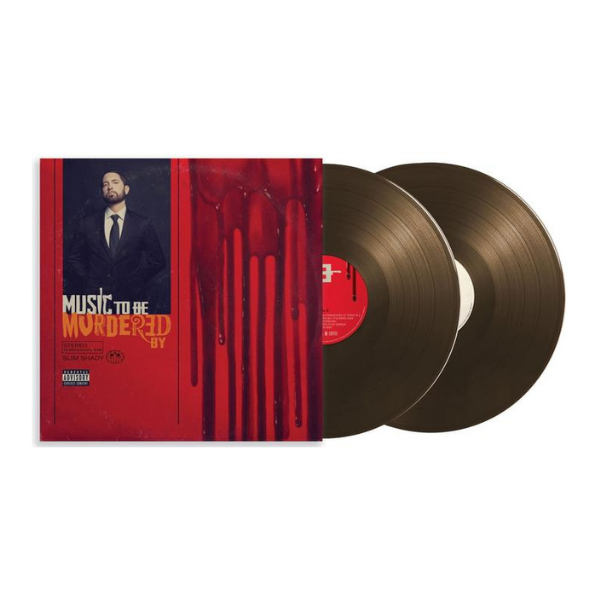 Last on the list is one of the best-selling artists of the early 21st century, Eminem’s Music to be Murdered By (Side B). Side B is a deluxe edition of the album and has a total of four red vinyl records included.

Whose vinyl record do you think you’ll want to own or get an inspiration from?

Since the invention of celluloid, conflicts between two creative heads- writer and director- have always been present. Writers have a clear picture in their heads of how they want the movie to look like- every scene, every prop, and every word the characters will say are all detailed in their heads. And this is expected […]

5 Branding Articles Every Artist Must Read

If you want to make a career out of your music, you should learn how to market yourself well. It’s simply a must if you want to keep doing what you’re doing. The number one step of good marketing is creating a solid brand/ reputation. Here are some of our most-read articles about branding for […]