We checked Reddit for unique vinyl records and it did not fail us!

Vinyl records have become one of the most customizable physical audio formats available today.

It has gained lots of buzz during the pandemic and since then, musicians have been releasing on the format along with usual digital and CD formats.

This article lists down the top 25 vinyl records that Redditors found unique. 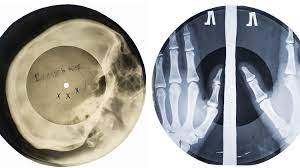 If you’re new to vinyl records, then I’m pretty sure you’ve never heard of this.

The x-ray vinyl records you see are cut with records of music forbidden by the Soviet government during the cold war.

Creativity topped with resourcefulness and the need to hear these forbidden music led to these unique records. 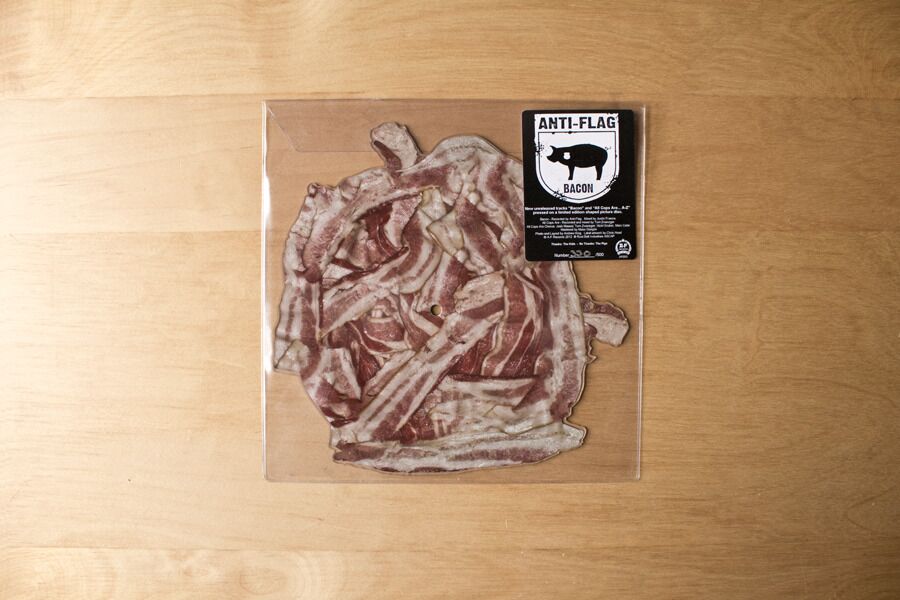 Released in December of 2012, Anti-Flag accompanied their single release of Bacon with a 7” vinyl record album that’s designed to look like a group of bacon strips.

The real-looking bacon vinyl from the punk band, unfortunately, has a limited number of copies with all 500 units numbered and sold.

Two unreleased tracks were also featured on the vinyl which is a sure plus. 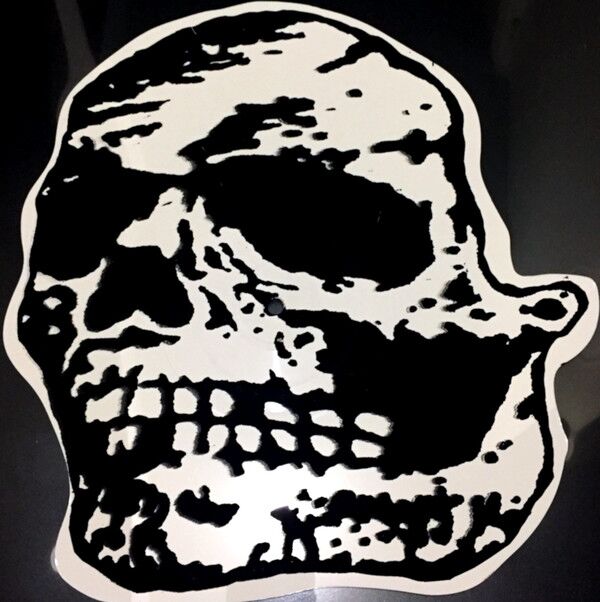 It’s single sided with the other side silk screened.

Their tracks start in the middle, Jeromes Dream’s tracks are on the outside while Orchid’s are on the inside. It has a great design fitting for the Teenage Mutant Ninja Turtle films with green ooze and four turtles inside it.

The vinyl has a total of 50 copies only which made it even more appealing to fans.

7-Inch Vinyl Record Pressing: Everything You Need To Know 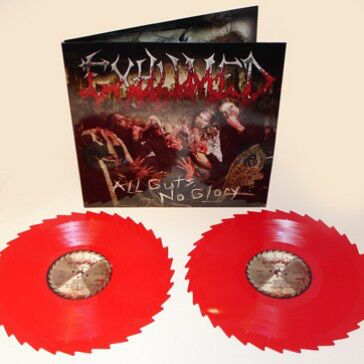 Its center labels also have silver saw blades on them, perfect for the band’s theme for the album.

13 Blood Splatter Vinyl Records That Make Us Shiver With Delight 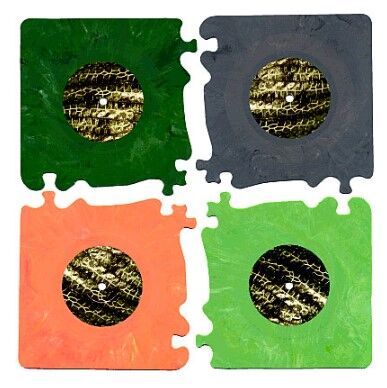 The Locust’s EP Flight of the Wounded Locust was also released in 2001 in a 4×7” vinyl record version which also features five additional tracks.

The 4 records were shaped into puzzle pieces that complete a multi-colored square. 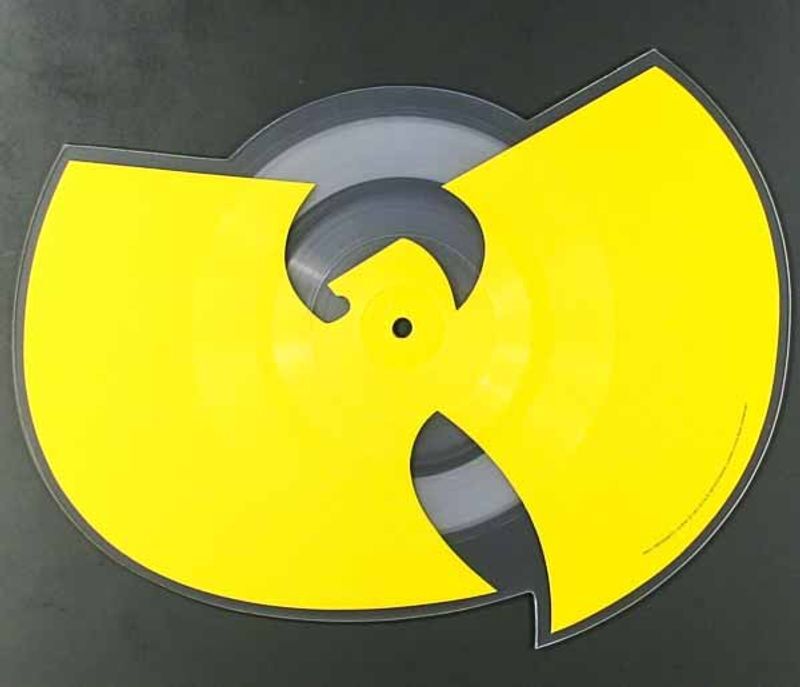 Wu Tang Clan’s debut single C.R.E.A.M. which stands for Cash Rules Everything Around Me was released with a vinyl record format.

The hiphop group’s logo was die cut and pressed with the single.

Along with the unique shape of their logo, the fact that this was one of the most influential rap albums of the 90’s makes searching and buying it a right decision to make.

Vinyl Records With The Most Unique Shapes 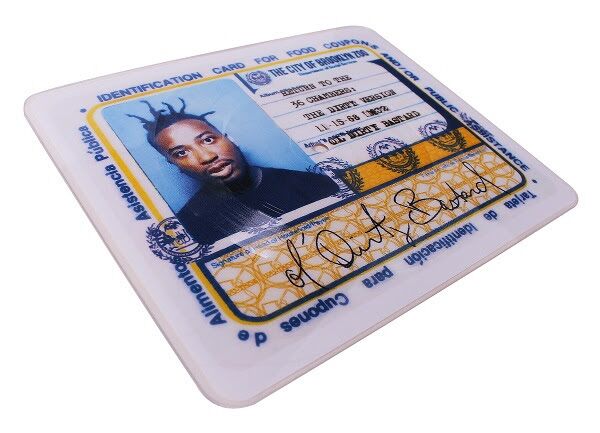 The 7” vinyl record Oi Dirty Bastard released for two tracks from his debut album Return to the 36 Chambers is easily one of the most original record customization there is.

It’s a picture disc featuring the “Public Assistance ID Card” on the cover art of the 1995 album. 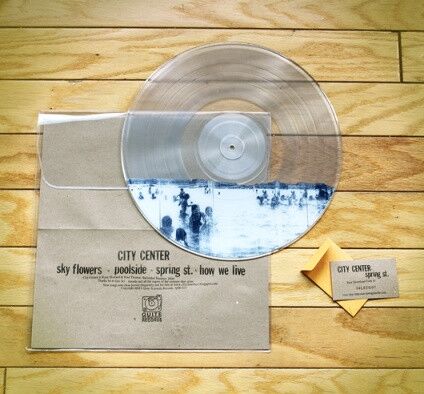 The duo City Center, composed of Ryan Howard and Fred Thomas, released an experimental psychedelic rock EP with a total of 4 tracks.

The Spring St. was pressed onto clear 12-inch vinyl records with one side screen printed of people bathing in a body of water.

We have another split vinyl on the list named Peace and Paranoia Tour released in 2013.

This time, it’s The Flaming Lips and Tame Impala who contributed two tracks that were pressed on 12” colored vinyl records.

The tracks were of the band covering one another, what an exciting thing to listen to, right? The 2015 film Heaven Knows What had Ariel Pink writing two original songs for them on top of having a very short cameo.

The two songs were released on vinyl records shaped like a ninja star which is related to a scene in the film. 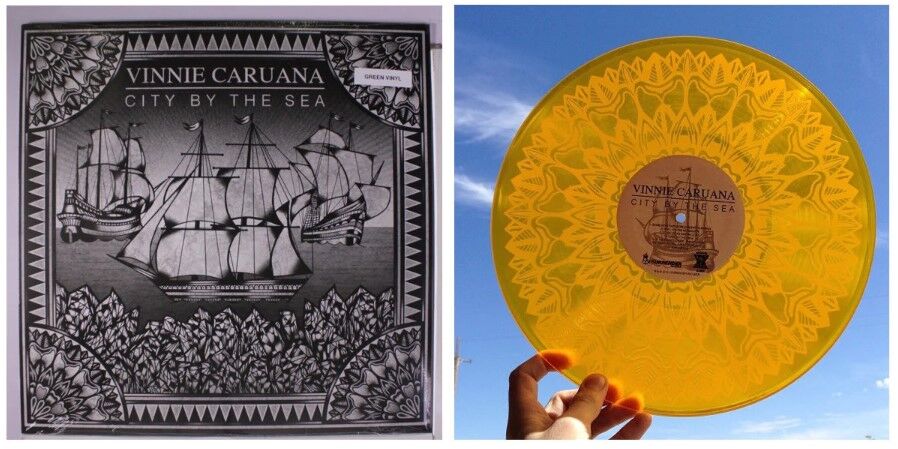 City by the Sea is Vinnie Caruana’s solo debut EP which was also released on vinyl.

The etching on the other side of the gold-colored vinyl is such a great thing to witness personally.

It’s a perfect record to display with lights shining on it to bring out its beauty. 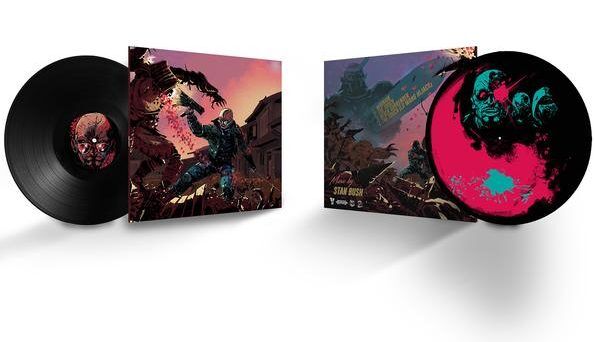 Laced Records released a 12” vinyl record EP of the tracks from the video game Shadow Warrior 2.

It may look like the usual plain black vinyl records but it actually has cool artwork specially screen printed on the other side.

Video Game Soundtrack On Vinyl Records That Are Totally Killin’ It

#12. MY CHEMICAL ROMANCE – THE BLACK PARADE 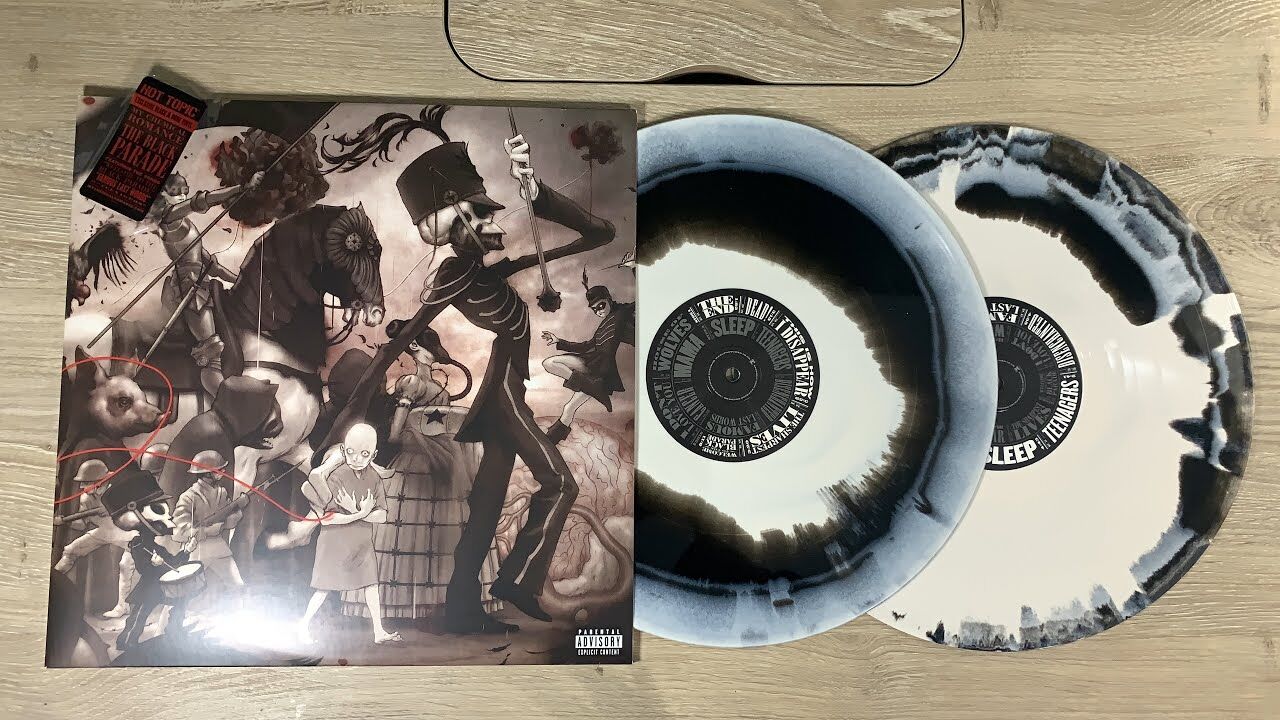 A matching vinyl design for the band’s artwork for The Black Parade album was manufactured.

The vinyl was colored on black and white swirls and was limited to 2000 copies only.

What’s exciting about this is the etching of the album’s cover artwork on the album’s side D. 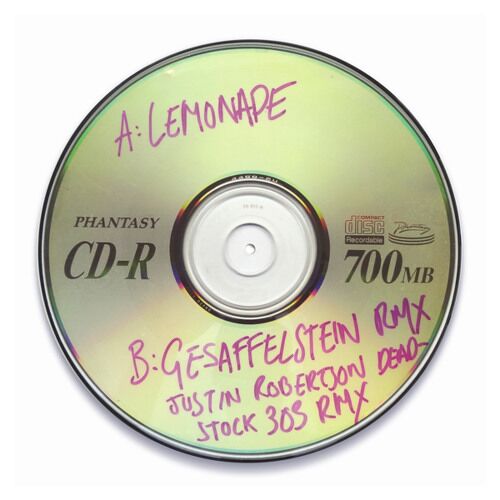 Boys Noize and Erol Alkan’s 12” vinyl single may just be one of the most mind blowing design there is.

Who would have thought of designing vinyl records like another audio format, and it’s the CD format, at that! 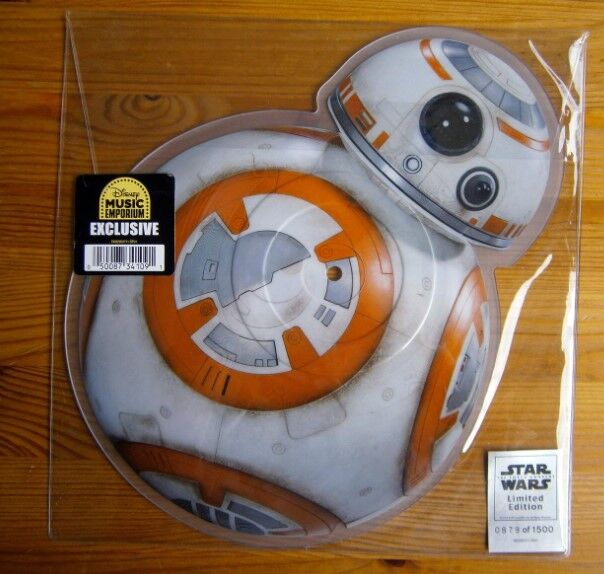 Star Wars’ fans would surely love to get a hold of this.

The tracks March of the Resistance and Rey’s Theme from the 2015 film Star Wars: The Force Awakens were pressed onto die-cut picture discs of the newbie droid BB-8. 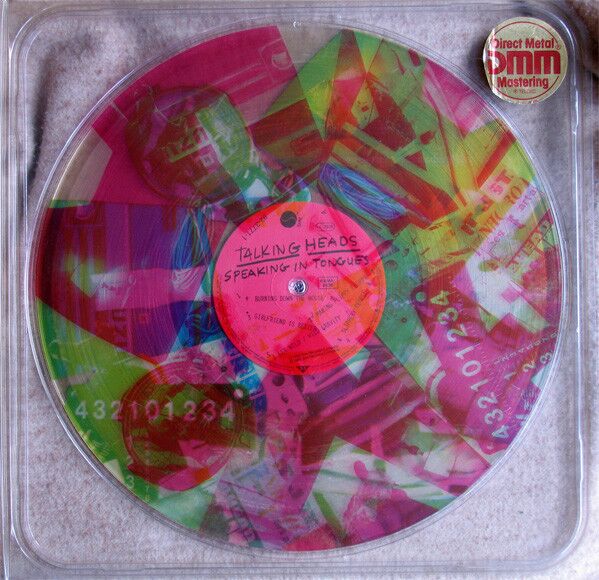 The limited edition clear vinyl of Talking Heads’ Speaking in Tongues album was released in 1983. 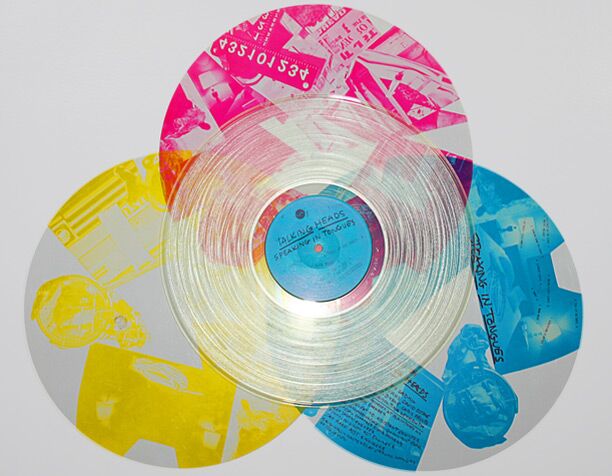 When these are stacked on top of each other a collage is created as seen on the picture above. 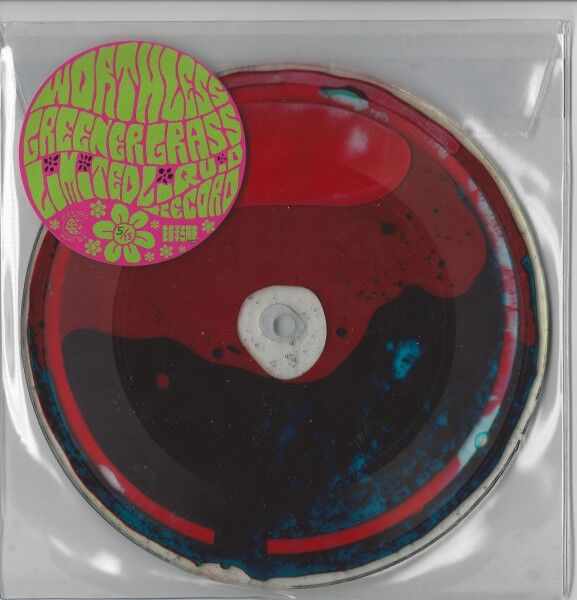 Greener Grass is a 2014 single released by Worthless.

To promote the single, the band had Curtis Godino make 7” vinyl records for the single.

The record’s first pressing had two colored liquids one was in blue and the other in red, this created an awesome show as the liquids slipped around the record, never quite mixing. 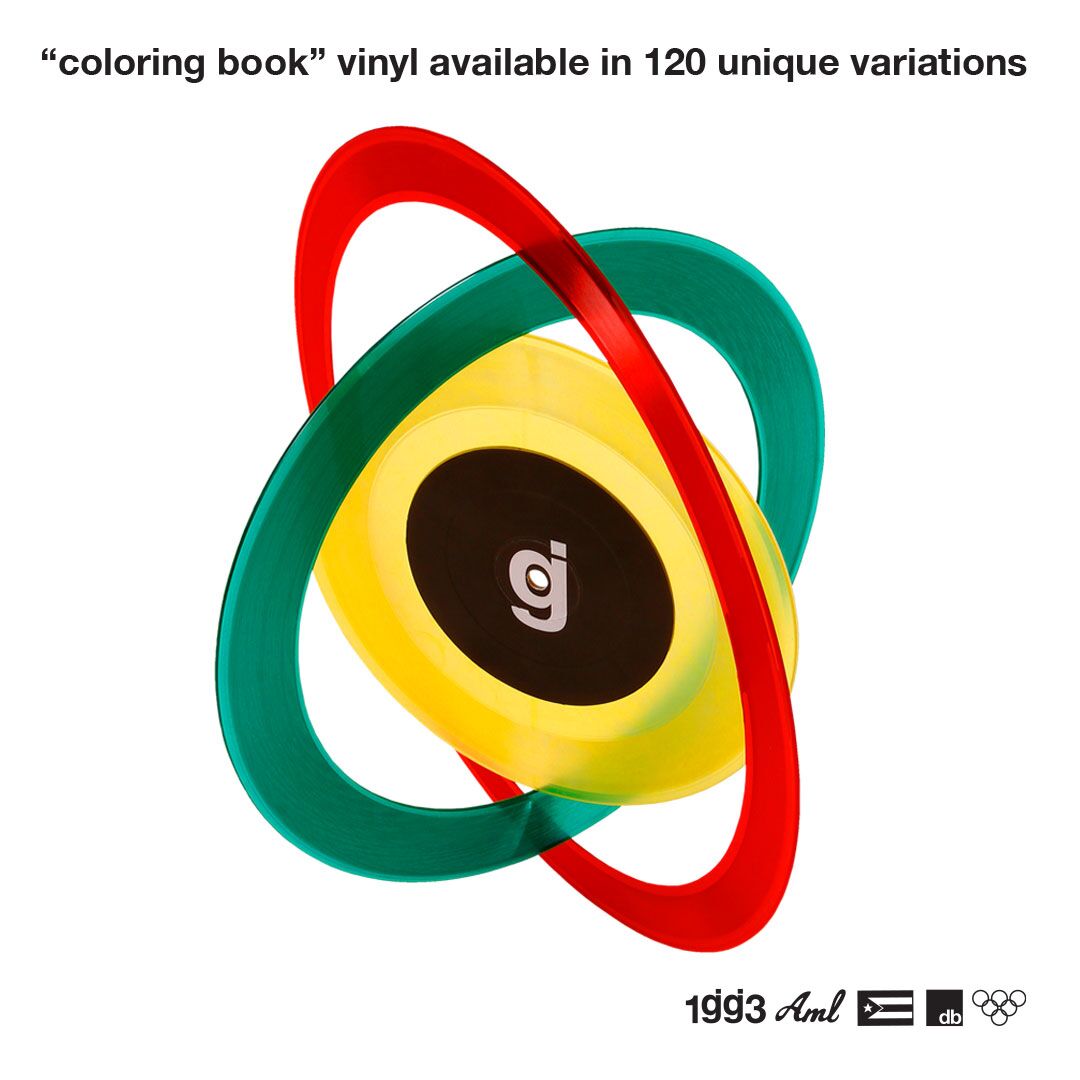 Glassjaw’s supposed EP preview for their third LP, Coloring Book, was released in 2011.

In 2013, more or less two years after the release, a special limited edition 12” vinyl record was released.

The vinyl album had 3 differently colored discs that makes a full 12” vinyl when put together. 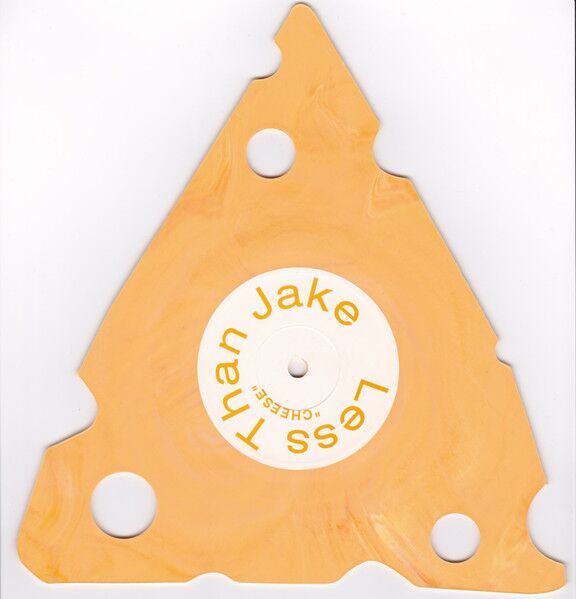 For Less Than Jake’s 1998 album Cheese the band came up with the idea of releasing them on cheese shaped vinyl records.

They attempted to make it look as real as ever by including holes in the record and even colored it with a cheesy yellow color.

The Thompson Twins’ You Take Me Up vinyl idea was what inspired The Locust.

This, however, is a better jigsaw puzzle than the other given that this creates an image.

It is a 3-part puzzle of picture discs that forms the world map and features an outline of the twins on two separate 7” vinyl discs. 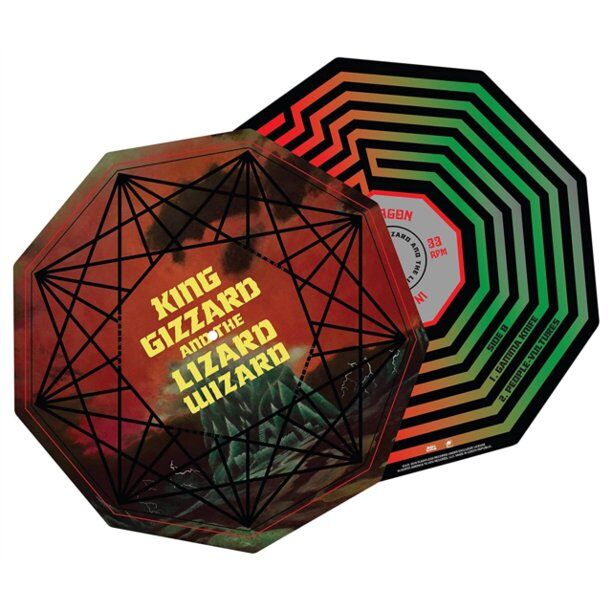 The rock band King Gizzards and the Lizard Wizard did a great job with their 2016 album’s vinyl record format.

Embodying the album title Nonagon Infinity, the shape and design of the custom vinyl record is a nine-sided polygon with a maze design on its surface that feels like an infinity to find the exit. 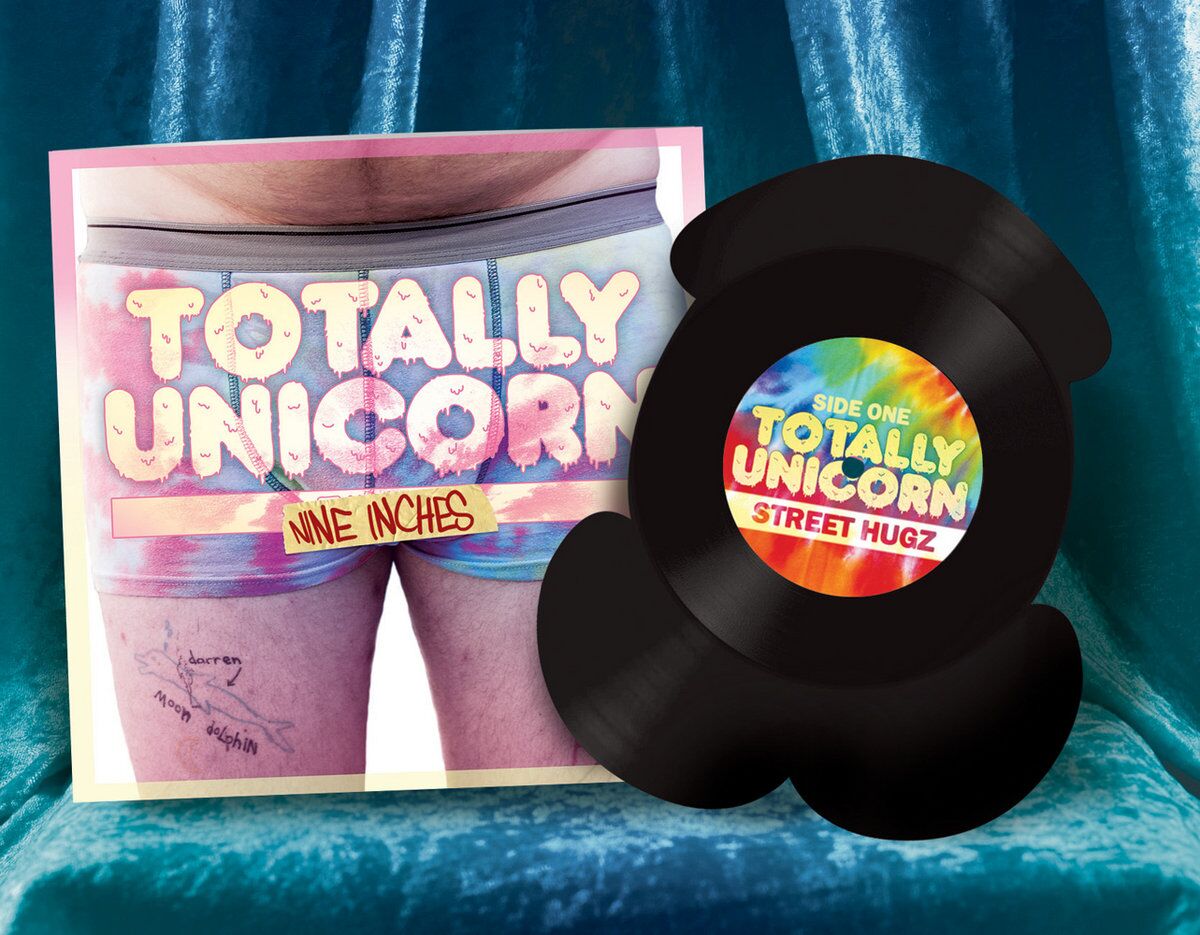 Totally Unicorn’s 2013 vinyl album for 9-inches was surely a unique one.

Even if the vinyl was colored black, its dick shape really surprised people.

If you’re a fan of both music and cars, then this is the ultimate item for you.

Hugh Myrone’s soundtrack were pressed on to custom vinyl records shaped and designed like a retro-styled car. The collaboration album Someday World by Brian Eno and Karl Hyde is the top one for this list.

The holographic design on the surface of the black vinyl record is enough reason. What’s even better is the fact that you can interact with it using your iPhone.

You just point your iOS camera at the center label and the holograms appear. You can tap on them and they will shatter.

To end this article…

Let me just remind you that this is a list from the music fans themselves.

Keeping this in mind, I hope you got some inspiration from these unique vinyl records and have come up with one of your own.

We’ll be waiting for it!

Vinyl Packaging: On – Your Naked Ghost Comes Back At Night

Sometimes our eyes get too used of seeing exaggerated designs that we don’t find them appealing anymore-they all just become one colorful blur.  That is why ‘less is more’ works in music packaging.  Put a plain packaging in a sea of colorful artwork and it would instantly get attention. Remember, a design doesn’t have to […]

How to Build a Reputation From Scratch

What form of currency never fluctuates with the market? Answer: Your reputation. While many people say you shouldn’t care about what others think about you (and that it’s not your fault, it’s theirs blah blah blah), that only applies to the personal level. For example, if you get pregnant out of wedlock and your neighbor thinks […]