If you’re looking for a cool custom vinyl record concept, give splatter vinyl records a try!

What’s awesome about this is that you don’t have to think of other creative embellishments because everyone will get automatically curious about splashes of red blood on vinyl.

Red splatter= gore and pure evil! You can’t communicate things faster than this if we’re talking about splatter vinyl. I mean…if it’s green splatter, what does it even mean? Or if its’ yellow or brown or violet? But with red splatter? Effortless!

Take a look at these gory but good-looking bloody red splatter vinyl records:

FLESH OF MY FLESH, BLOOD OF MY BLOOD – DMX 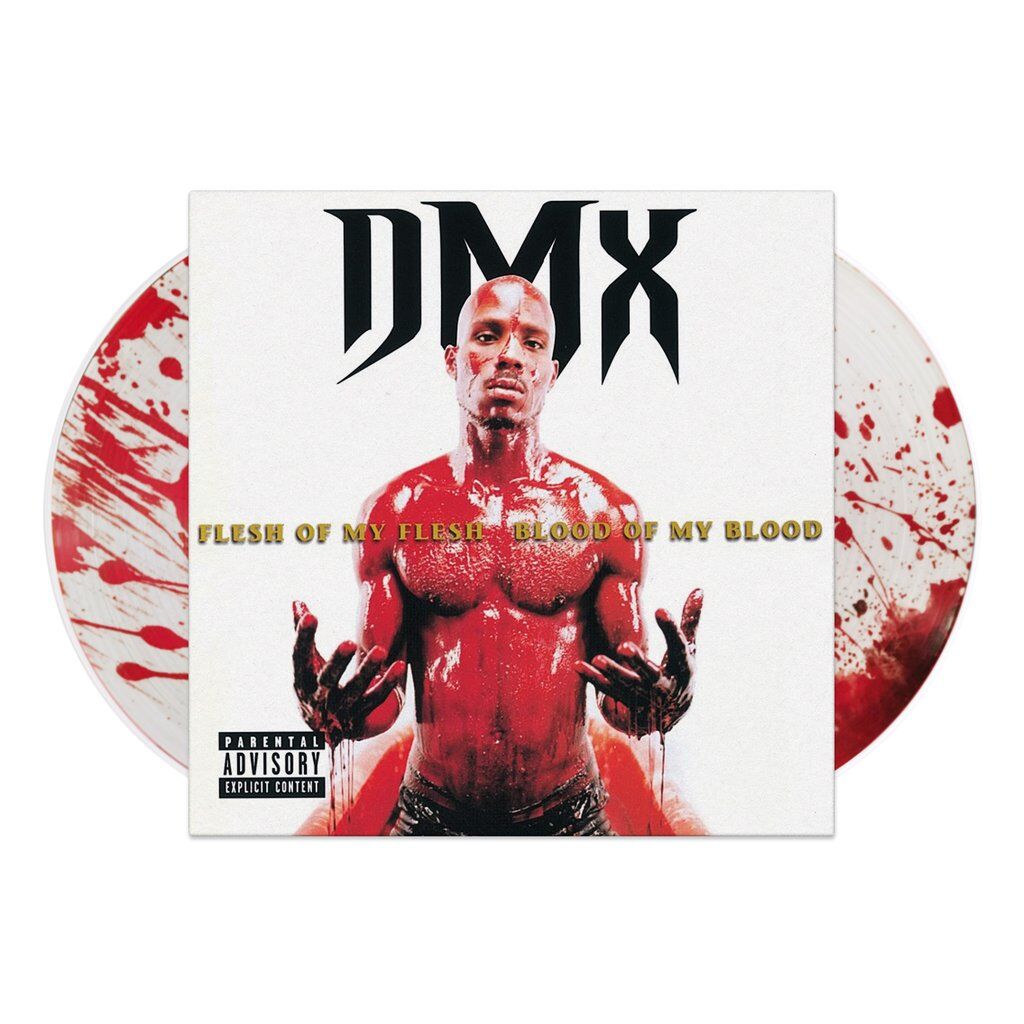 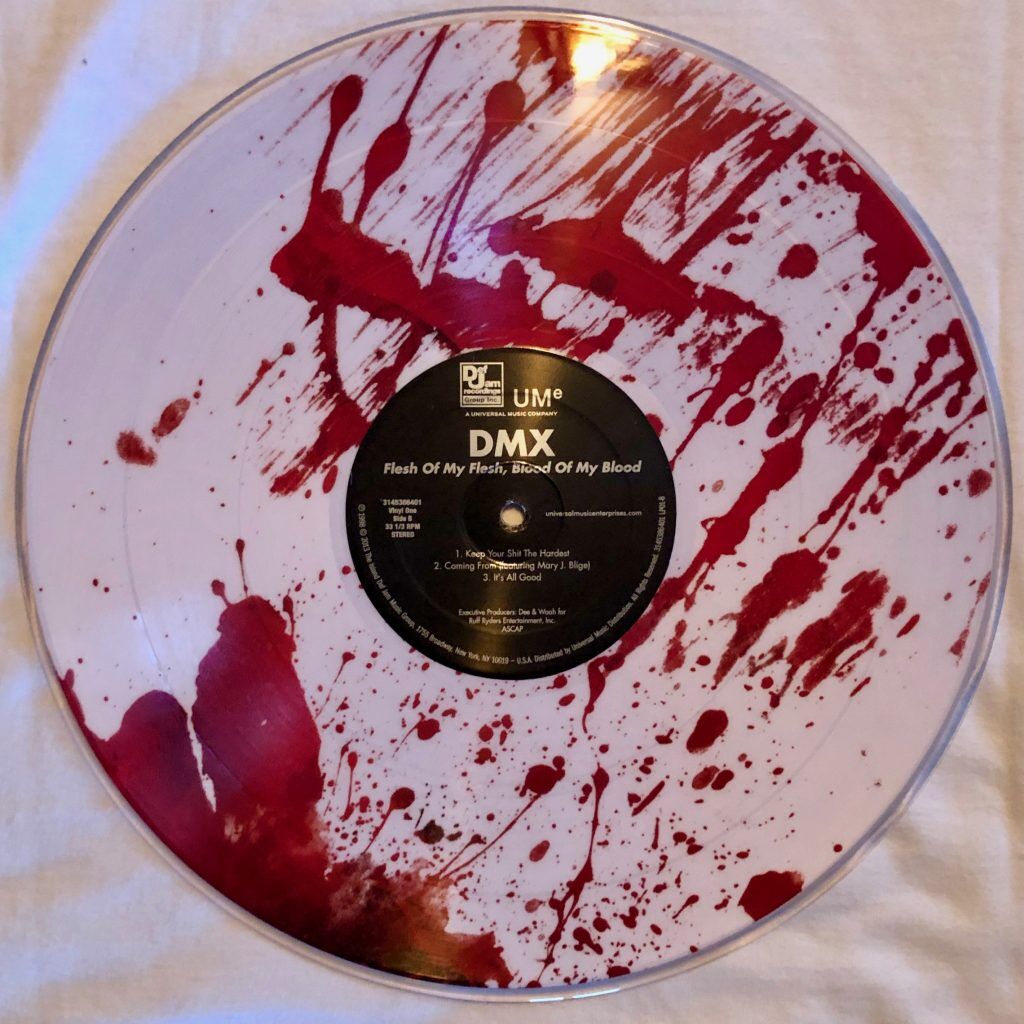 With an album title like this, there should be blood somewhere, right?

What’s awesome is that the title and the cover art and vinyl have a solid, unified concept that just one look and it and you can say for certain that it’s a well thought out design. No much frills. Just pure gore.

DMX, the very talented rapper made a string of hit albums in the 90s and 2000s, sadly passed away a month ago due to heart attack.

AFTER HOURS – THE WEEKND 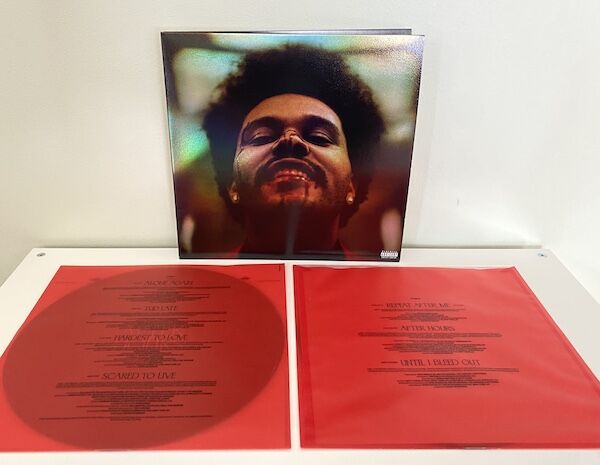 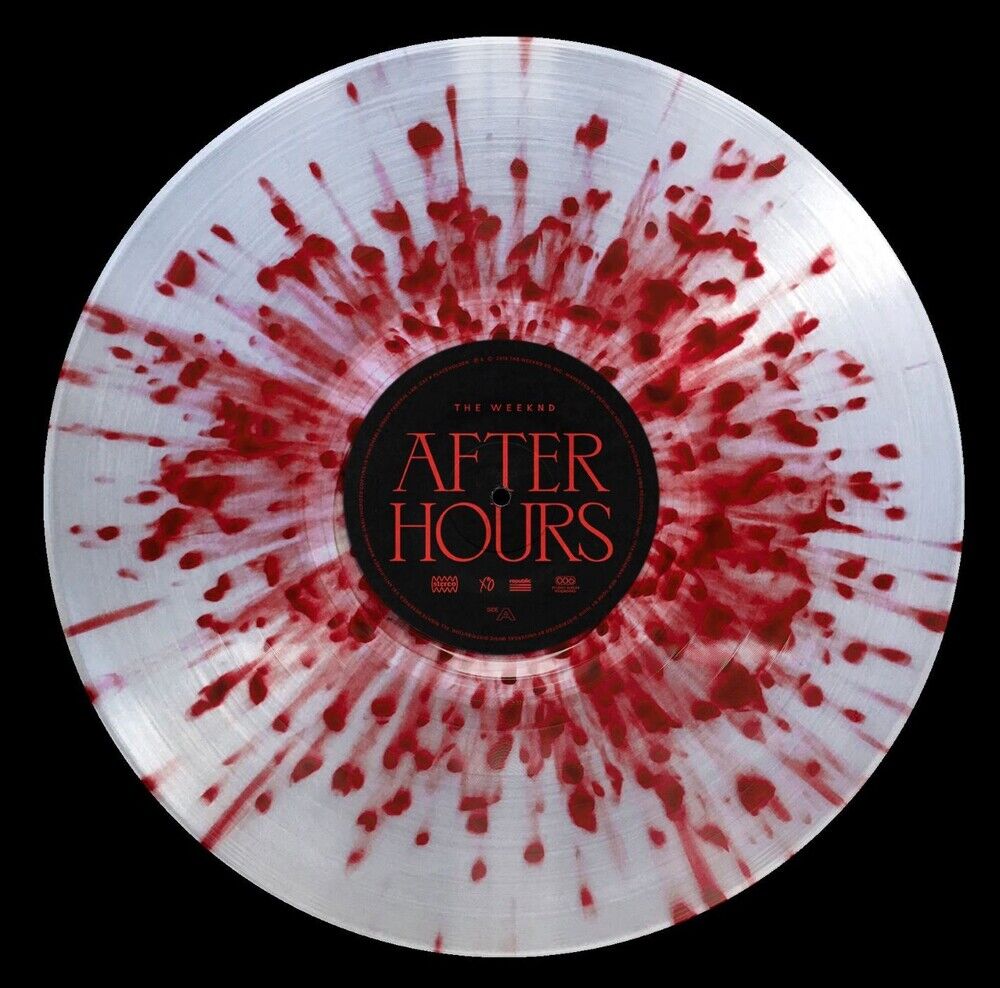 Filtering R&B, pop, and hip-hop through an ambitious widescreen lens, The Weeknd quietly took over popular music and culture on his own terms. As a result, the multi-platinum two-time Grammy Award winner has emerged as one of the most successful and significant artists of the 21st century. 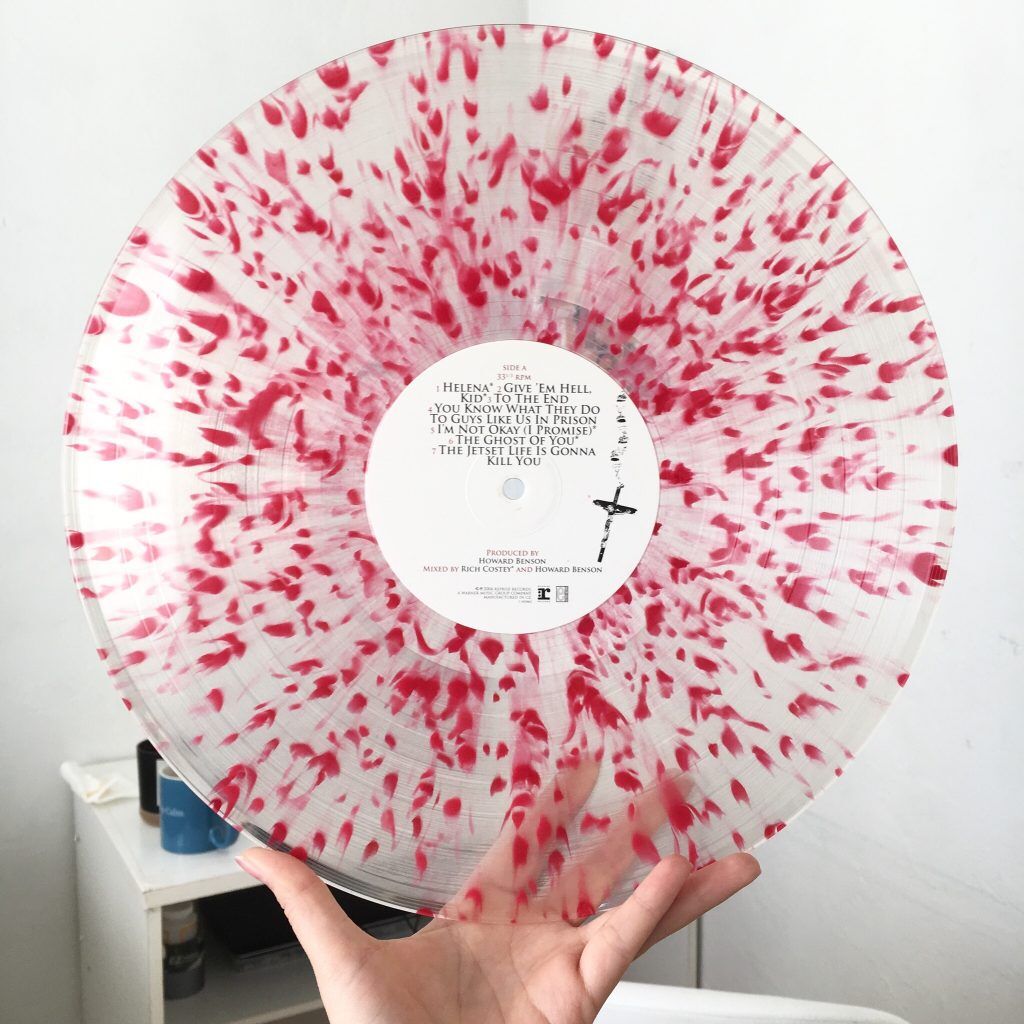 My Chemical Romance Three Cheers for Sweet Revenge Blood Splatter Vinyl is more like petals than blood, really. Just pretty to look at!

Beautiful for listening or as home decor.

SLEEPING AT THE PEEPS – GRINDHOUSE 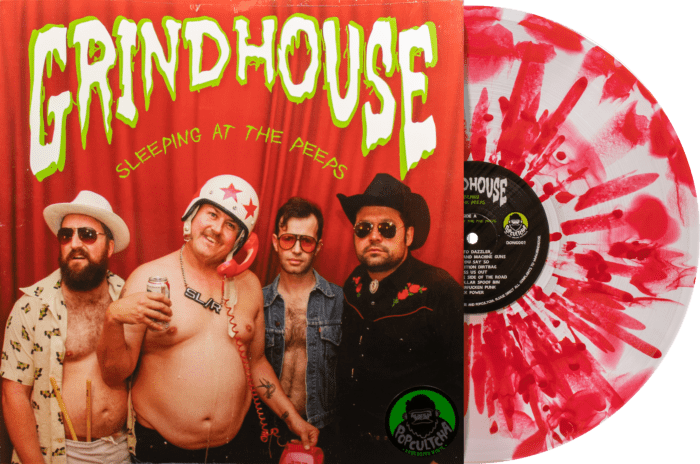 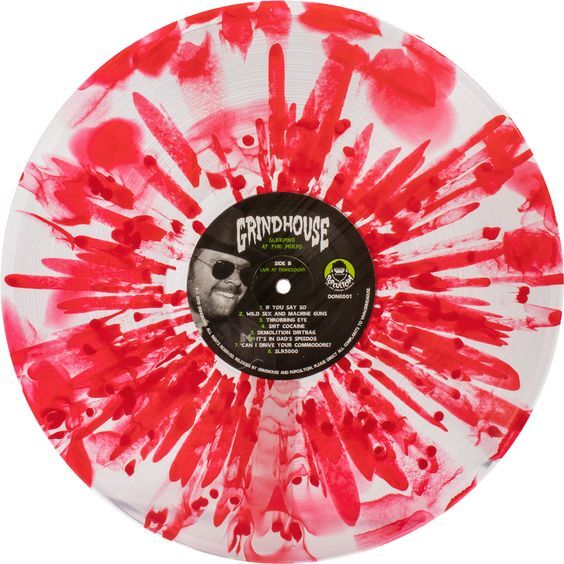 Looks more like strawberries and cream or peppermint candy to me…which makes it even cooler considering that they’re a punk band! The font? Fits the overall playful design perfectly.

MUSIC TO BE MURDERED BY – EMINEM 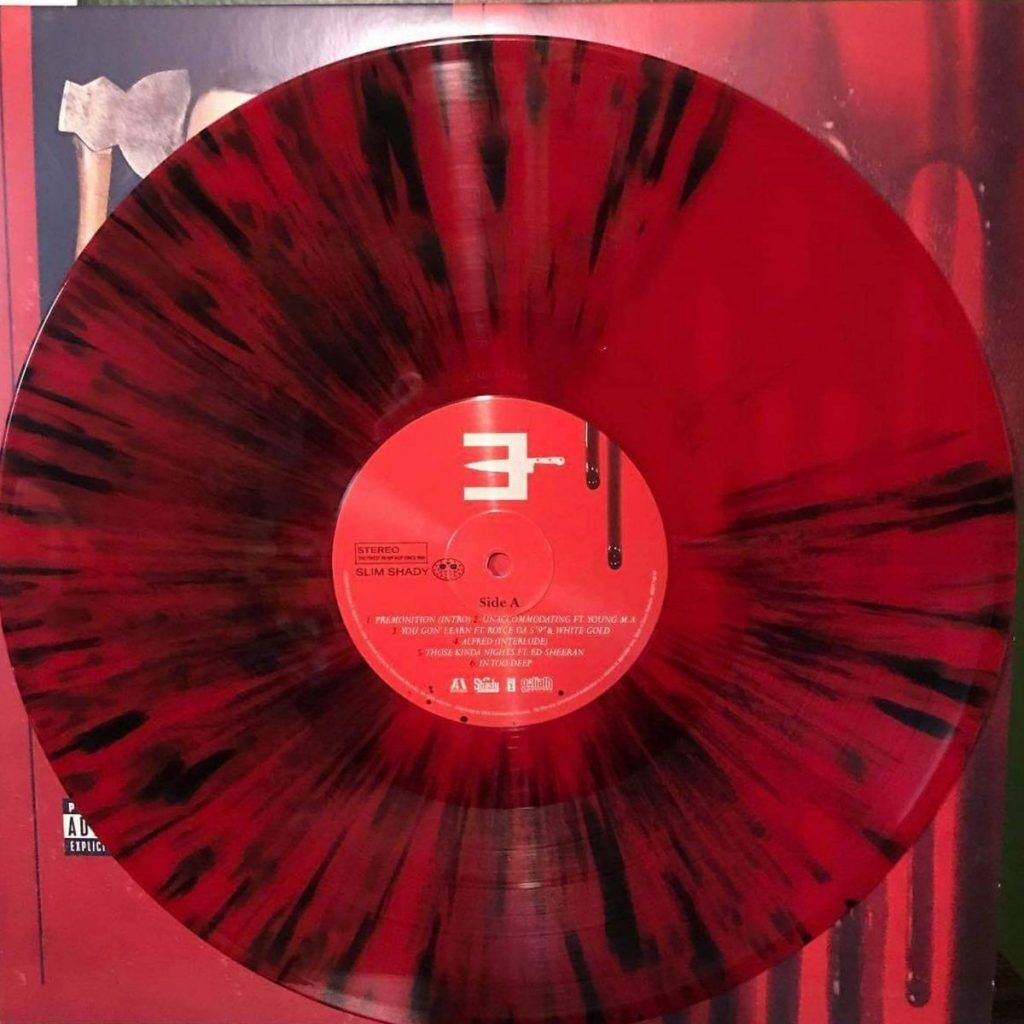 Not sure if this can make you comfy but Eminem is really EXTRA, isn’t he? I mean…he sold bricks as merch for $350!

The title can give you the creeps and it’s surely not for the faint of heart. Only the brave ones would actually play an album titled Music to be Murdered by with a realistic blood splatter vinyl.

The blood dripping on the vinyl label is such a small detail but it’s what makes this truly stand out.

A great reminder, for those who are planning to design vinyl artwork and packaging, that you don’t have to go totally crazy to turn a design from good to great. It’s in the details, baby. And it doesn’t have to cost a lot or at all.

FOR THE MASSES – ECSTATIC VISION 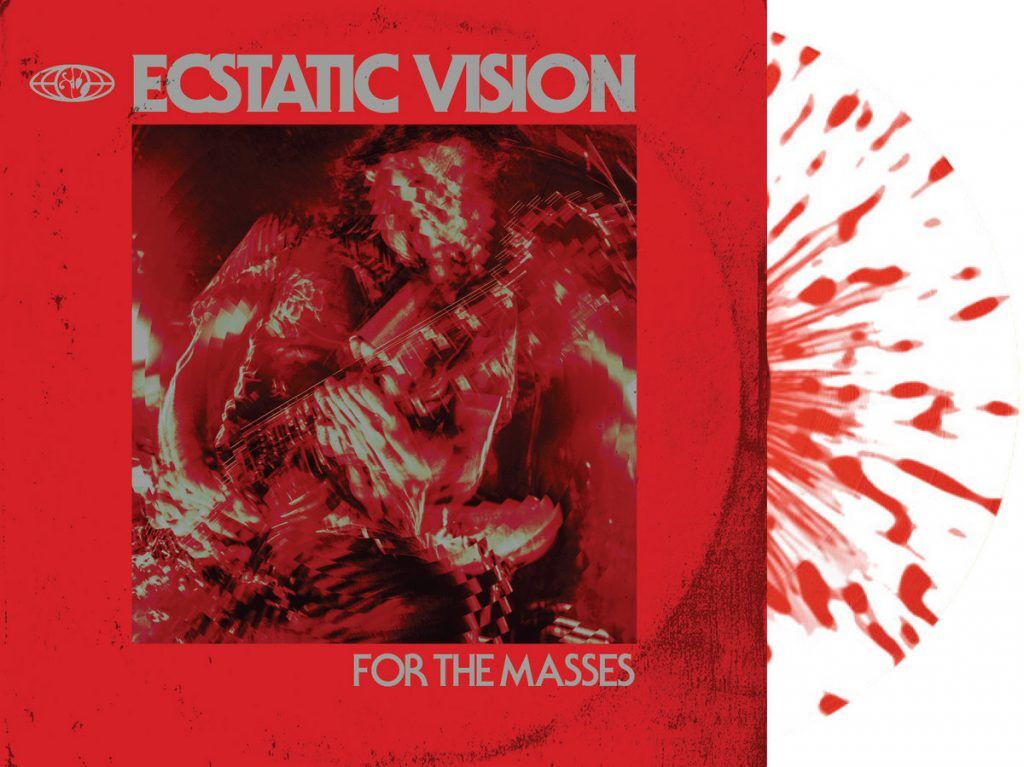 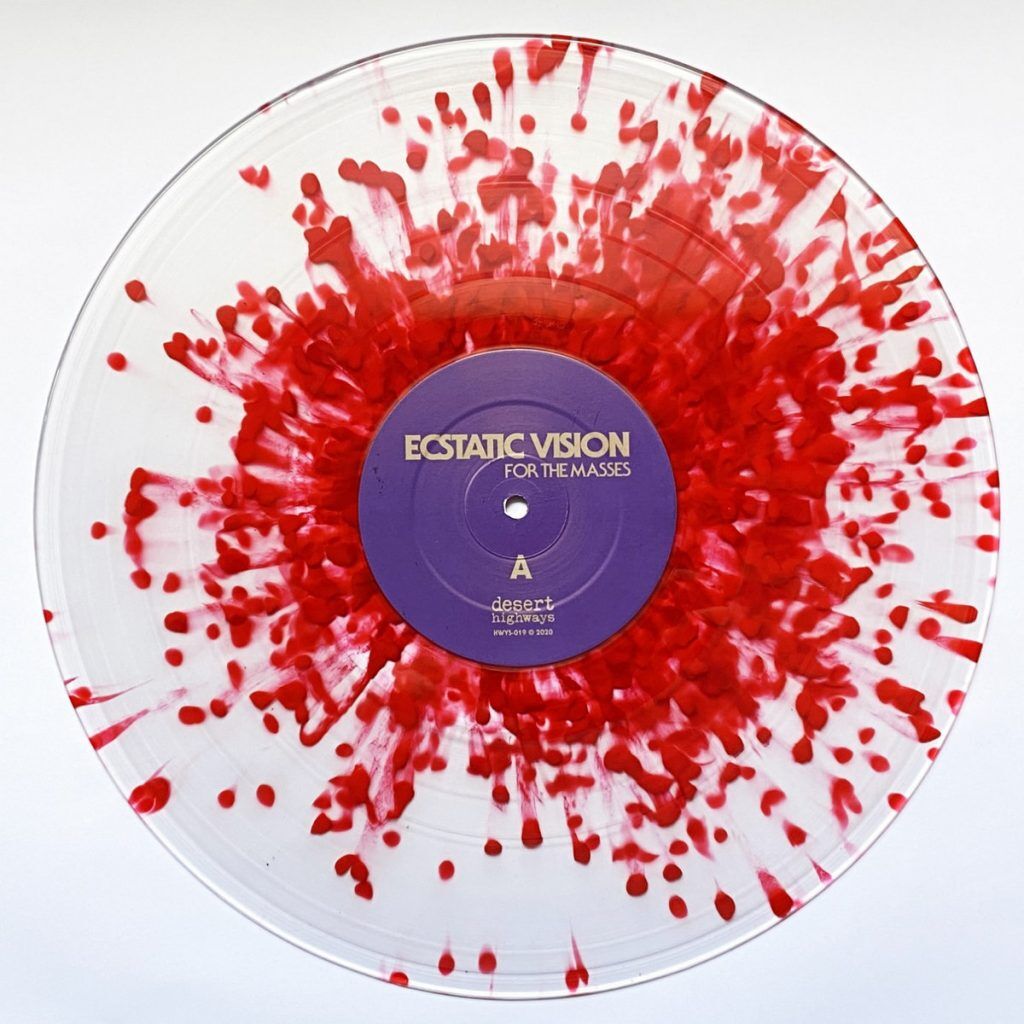 I like how the red drops are concentrated at the center and slowly spread outward. Reminds me of bees swarming their beehive. 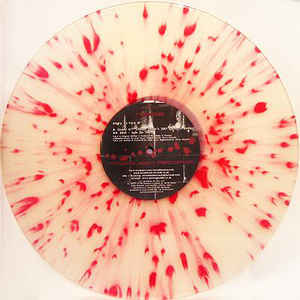 Good enough but it’s just that the splatter doesn’t look angry at all. 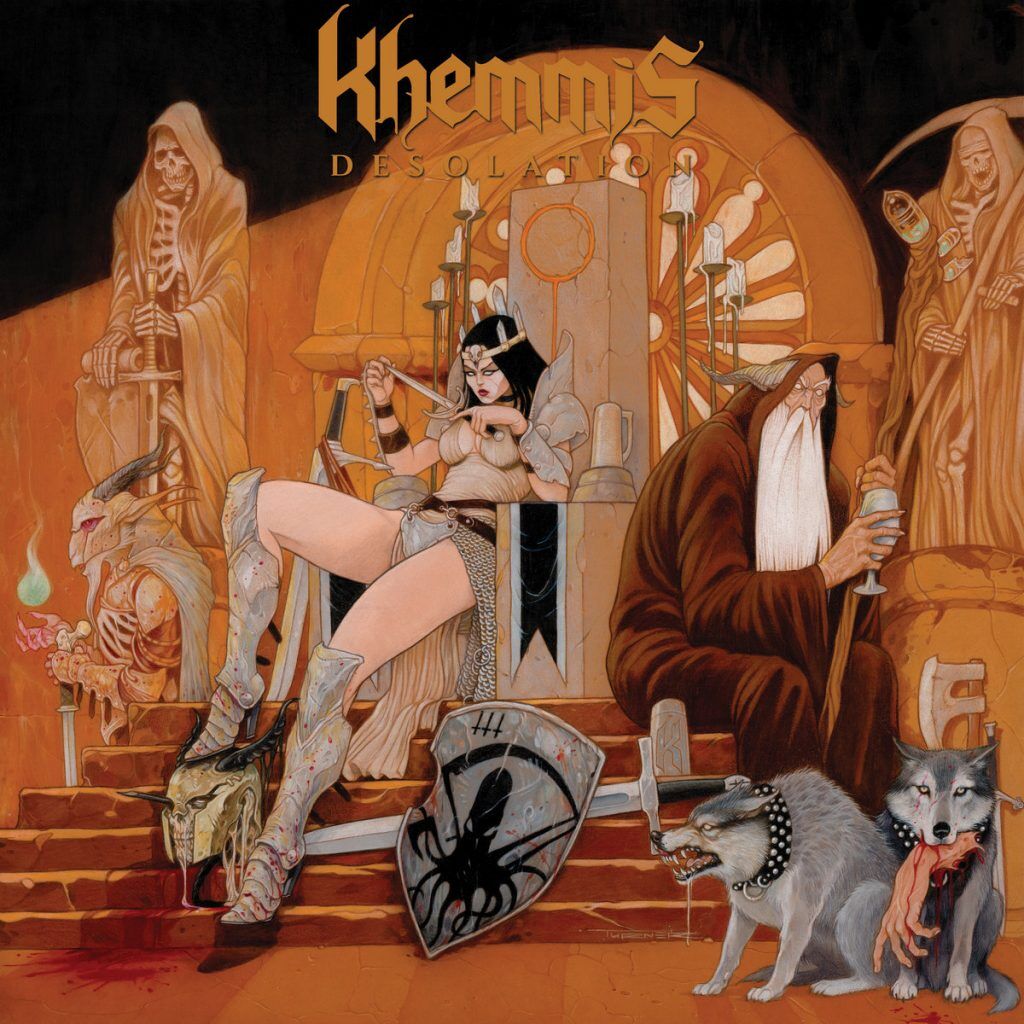 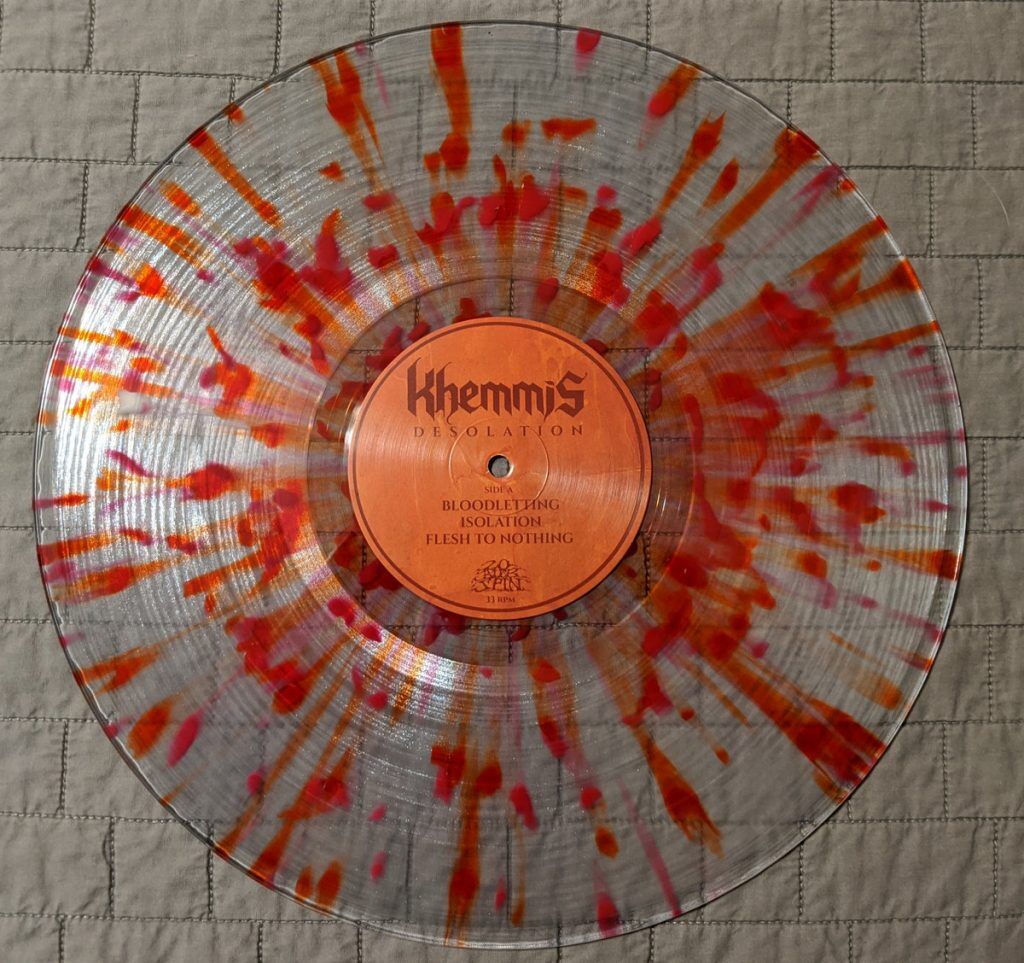 The splatter vinyl looks sleek and classy and fiery…just like the lady in the artwork. 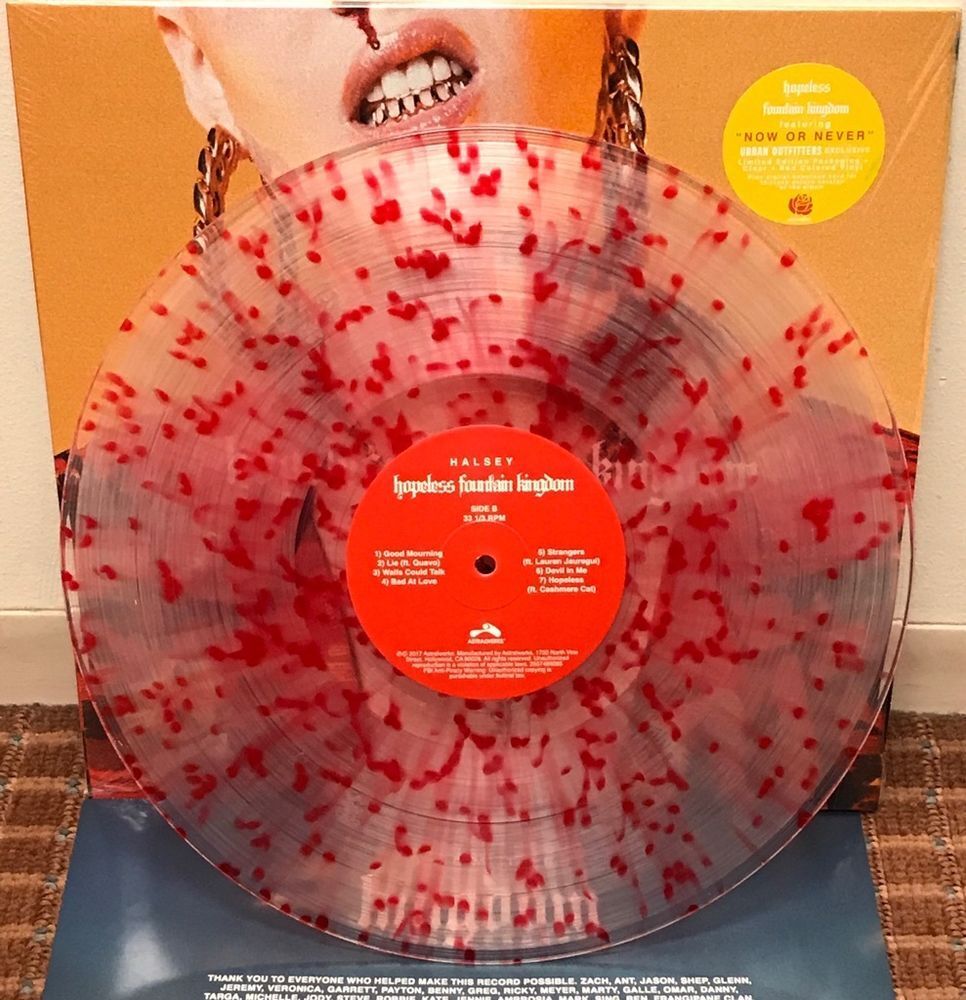 Although the blood drips are too fine for my taste, it’s understandable because it’s coming from Halsey’s nose! 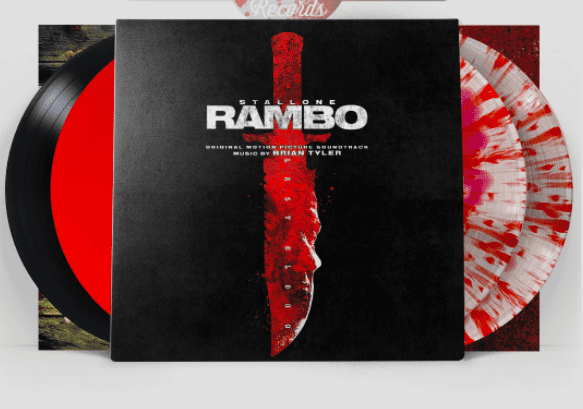 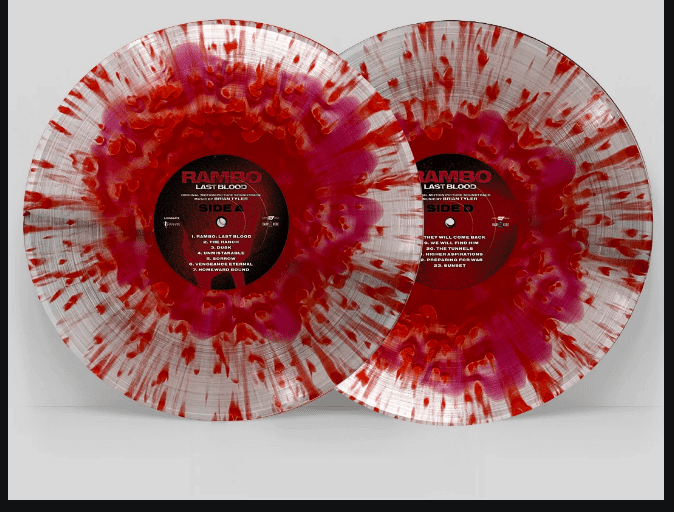 If there’s a movie that has to be in a bloody platter vinyl, then it’s definitely Rambo. What sets this apart from the other splatters on this list is the blob of blood in the middle. It’s a creepy, gory kind of explosion.

THE RAGING WRATH OF THE EASTER BUNNY DEMO – MR. BUNGLE 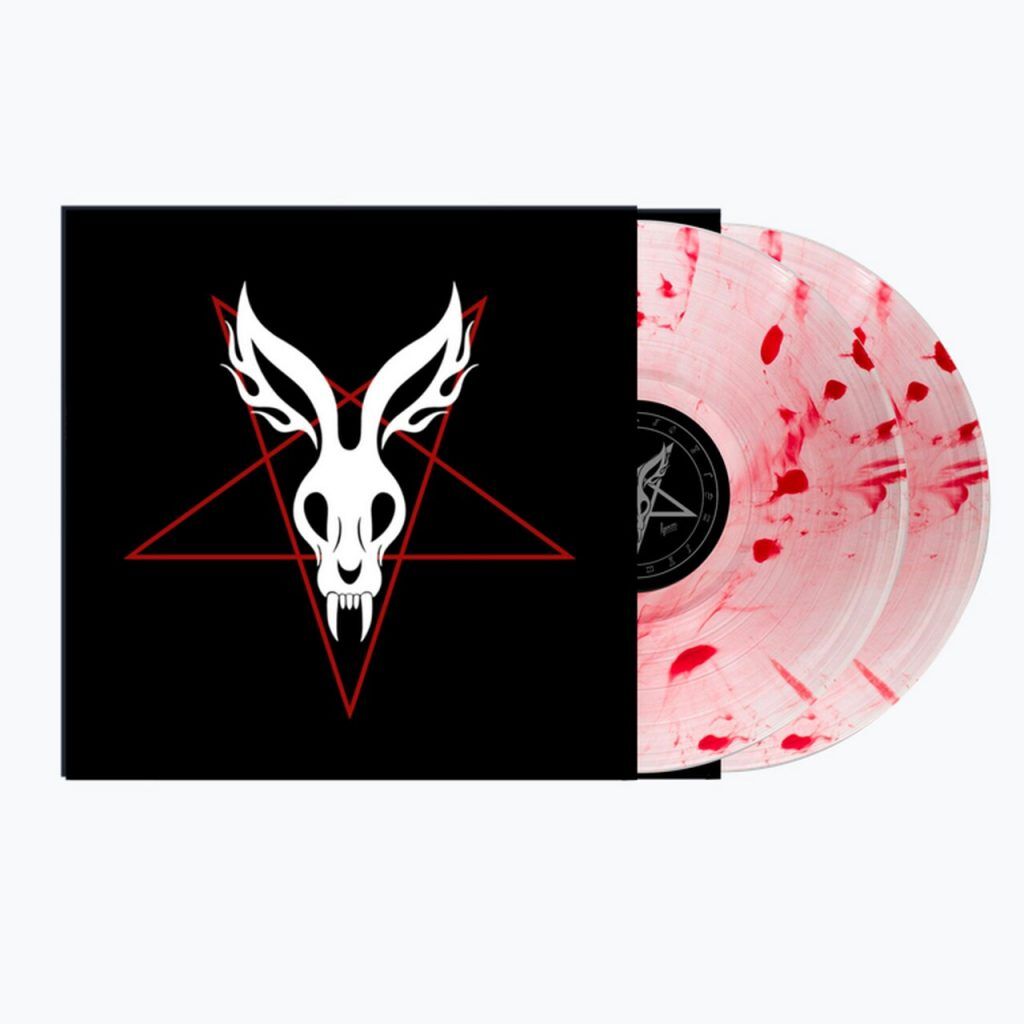 When you stare at the vinyl for a while, you know that even if it’s pink, it’s laced with evil. The splatter looks like blood stains on your hands when you wipe them in a tissue or towel. Pretty much the same vibes as the album artwork. It’s a bunny but man it’s a sinister one! I love a well thought out design. 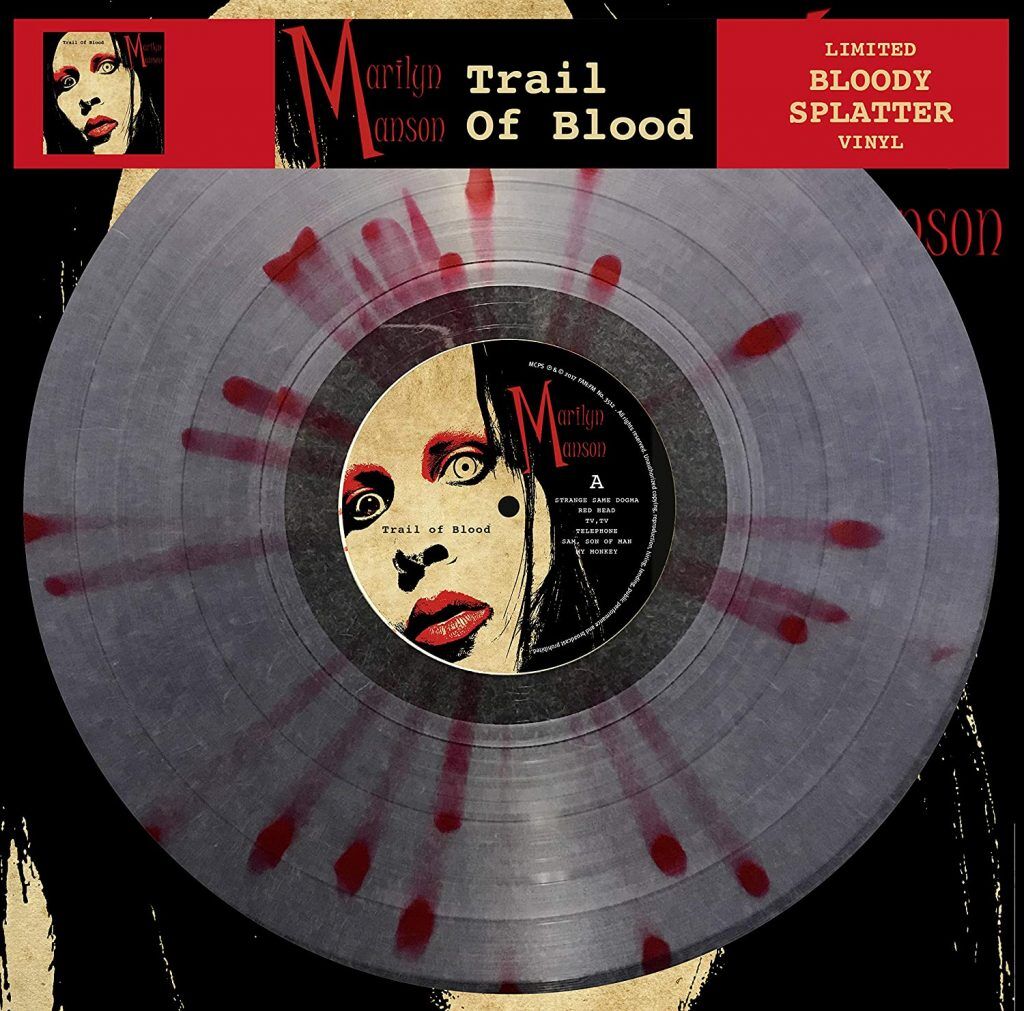 Shudder if you agree.

ONLY THE DEAD KNOW JERSEY – OLD WOUNDS AND THE BANNER 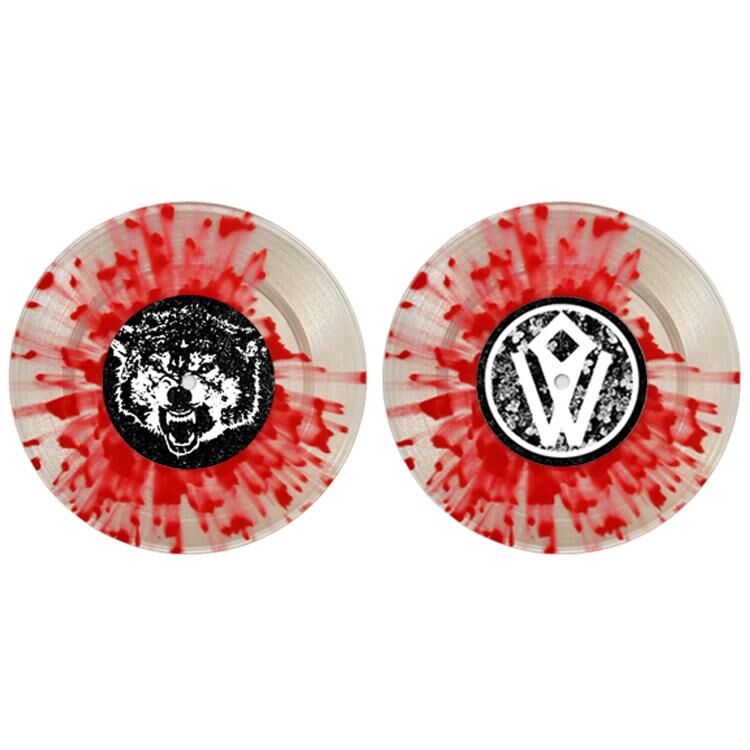 I like how the playful and lively splatter complements the black and white label. They make each other pop! A good design can really make a vinyl record worth collecting so even if you’re scrimping on the budget, you gotta make sure you hire a good art director and designer.

Just tell them you’re trying to cut down vinyl pressing cost so they’ll consider that when designing the vinyl artwork.

If you can only choose one, to whom would you give the Best Blood Splatter Vinyl Award?

[Written by Ben Schultz, is an award-winning journalist and music critic and is published in vinylloversunite.] Millennials may not have some things—decent job opportunities and pay, reliable social safety nets, a non-screwed-up ecosystem—but they do have plenty of options for consuming music. For the more technologically savvy, there are digital downloads and streaming. For the Luddites, there are […]

[We here at Unified are obsessed with creative vinyl packaging. We’ve been making creative releases since 2008 and lovely packaging has become an obsession of ours. We even have a Pinterest page dedicated to all things media packaging. If you want to make a really badass album with cool CD or vinyl packaging, get a […]