These vinyl records with the unique shapes can give you more bang for your buck because not only do they play good music (as they should), they can be good deco, too!

There are so many ways to make vinyl records more quirky and creative than just having them in the classic black. There are splatter vinyl, clear vinyl records, metallic vinyl records, colored vinyl, vinyl records with weird ingredients like blood or ash…the possibilities are endless! But what really stands out in an instant is a vinyl record with a unique shape. This type of record is called a picture disc. 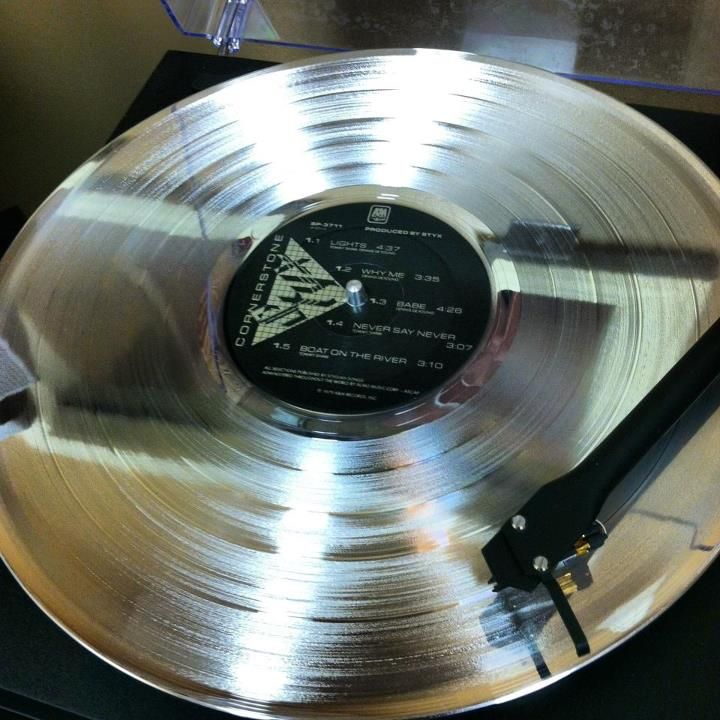 Collectors traditionally reserve the term picture disc for records with graphics that extend at least partly into the actual playable grooved area, distinguishing them from picture label discs, which have a specially illustrated and sometimes very large label, and picture back discs, which are illustrated on one unplayable side only.

For your inspiration, here are some picture disc custom vinyl records with the most unique shapes:

[If you’re a musician thinking of getting our vinyl record pressing service, click here to get a quote.]

CHEECH AND CHONG-UP IN SMOKE 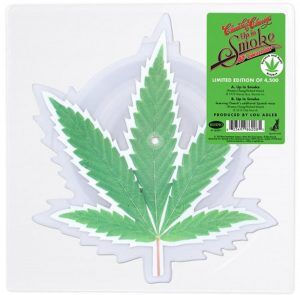 The Cheech & Chong Record Store Day 7-Inch features two versions of their classic track “Up In Smoke,” in Celebration of the film’s 40th anniversary. 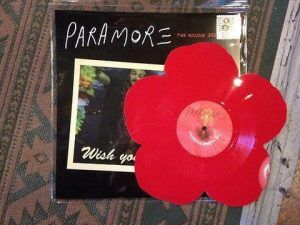 This 7″ that was only pressed to 700 copies released by pop punk band Paramore contained 3 brief interludes was shaped endearingly as a Hibiscus.

FUN- THE GHOST THAT YOU ARE TO ME 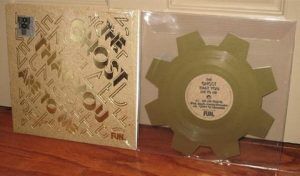 We were pretty surprised to find out that this massively successful indie pop band from New York City (they’re currently on hiatus) actually came out with an odd shaped one of their own! – an RSD Gear shaped vinyl that was limited to 2000 units. 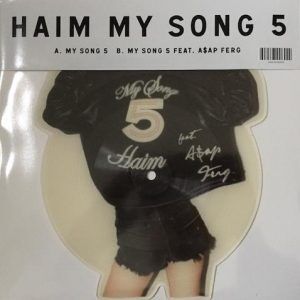 Shaped after guitarist/keyboardist and vocalist of the group Alana Haim, this limited edition picture disc featured both the title track and the remix with a neat feature from A$AP Ferg.

MADONNA- INTO THE GROOVE 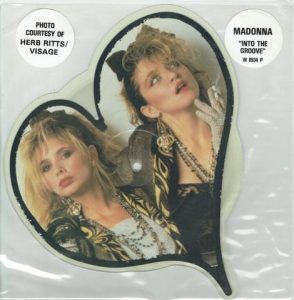 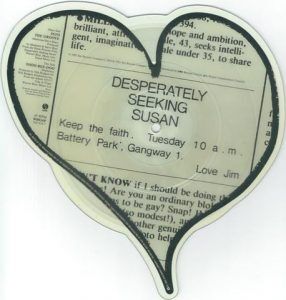 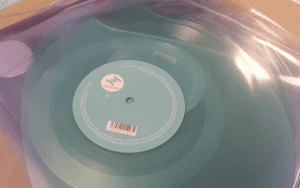 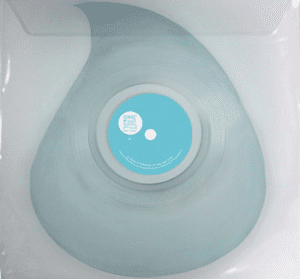 The double A-side single features tracks “I’d Cry” (the not-so-cryptic inspiration behind the design) and “Here Again” from the British duo’s debut collaboration Look Around The Corner. Presented in a nasolacrimal clear PVC sleeve. 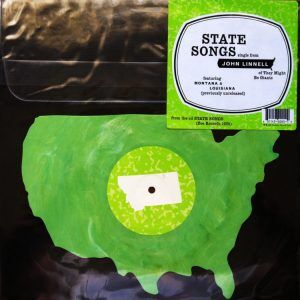 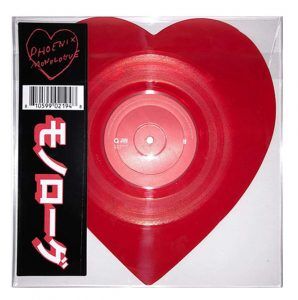 Not a bad gift for your significant other who likes Phoenix. 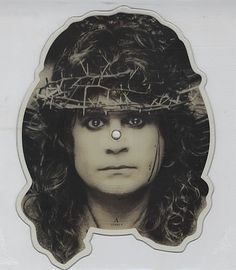 Would be really nice to see the face of Ozzy spinning while you bang to the music.

MEGADETH – ANARCHY IN THE UK 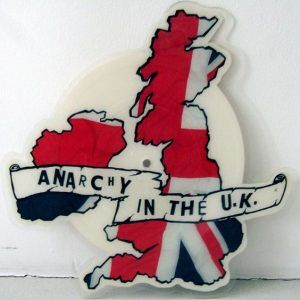 This is similar to the “State Songs” vinyl above but just the UK map this time. 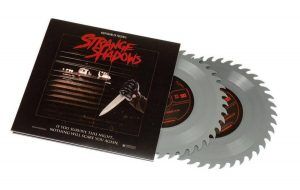 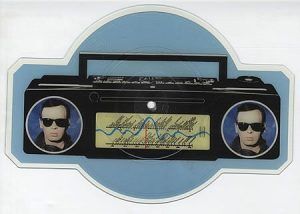 Pop Art was the dominant movement in early 1960s American art. Short for “popular art,” it featured common household objects and consumer products like Coca-Cola and Campbell’s Soup cans, as well as forms of media—such as comics, newspapers, and magazines—recognizable to the masses. If you’re into pop art and you want to make a pop […]

NFT Albums—Pros and Cons and The Artists That Released Them

Welcome to the 21st century, where music is being sold and consumed in a million different ways. The newest trend is NFT Albums, and it’s something many people love to hate, and probably for a reason. Table of Contents But first…what is NFT?How Can You Earn via NFT?Musicians Who Released Albums as NFT#1 3LAU – […]