Year 2022 has started and I am pretty sure that singles and albums from different musicians will be flooding our music playlists in no time.

Before we let that happen, how about we look back on last year and see what songs have made 2021 bearable for us?

Yes, we’ve already welcomed the year 2022, however, it’s not a sin to look back and mention 21 singles released in 2021 that we loved right? 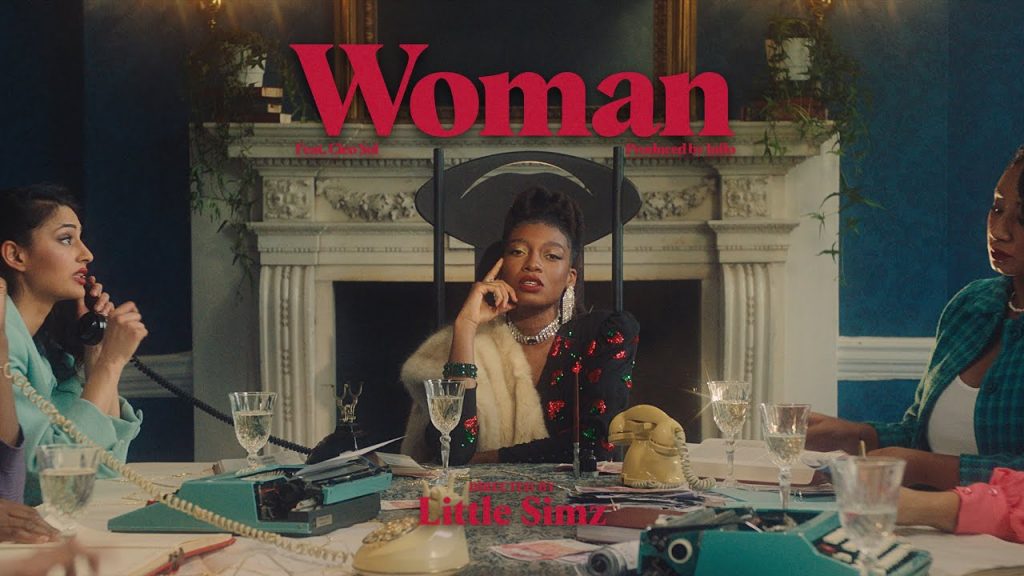 Woman is the second single, featuring Cleo Sol, from Little Simz’ fourth album Sometimes I Might Be Introvert. It was released along with its music video on May 7, 2021.

The song is an anthem for all women that gives inspiration and empowerment. It’s a cheerful song that deviates from an album that is more personal. 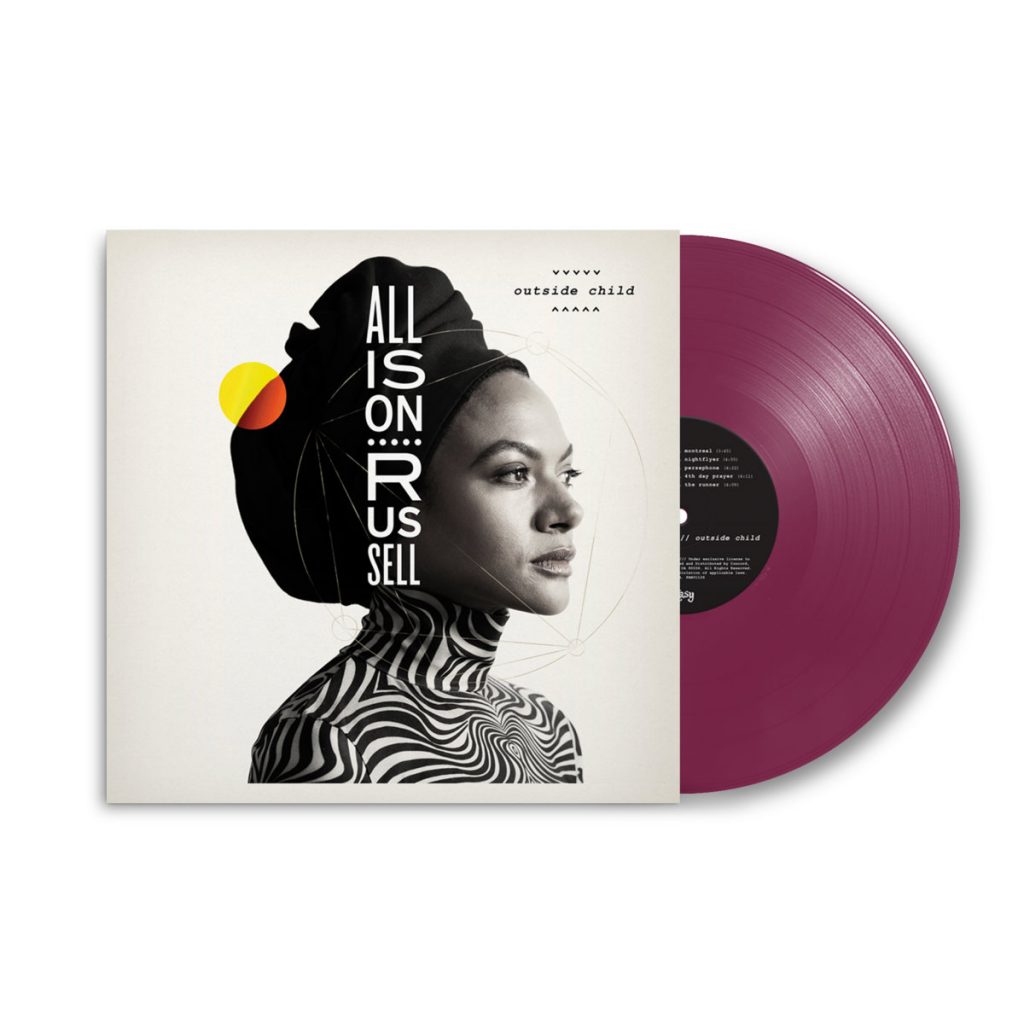 Russell’s Outside Child is her latest album that narrates how a life is built during and after a traumatic childhood.

Her single Nightflyer is one of the singles from the album which alludes to her abuse. This is not noticeable though because of the laid back and easygoing beat the track has.

#3 SUICIDE IS MURDER by AIMEE MANN 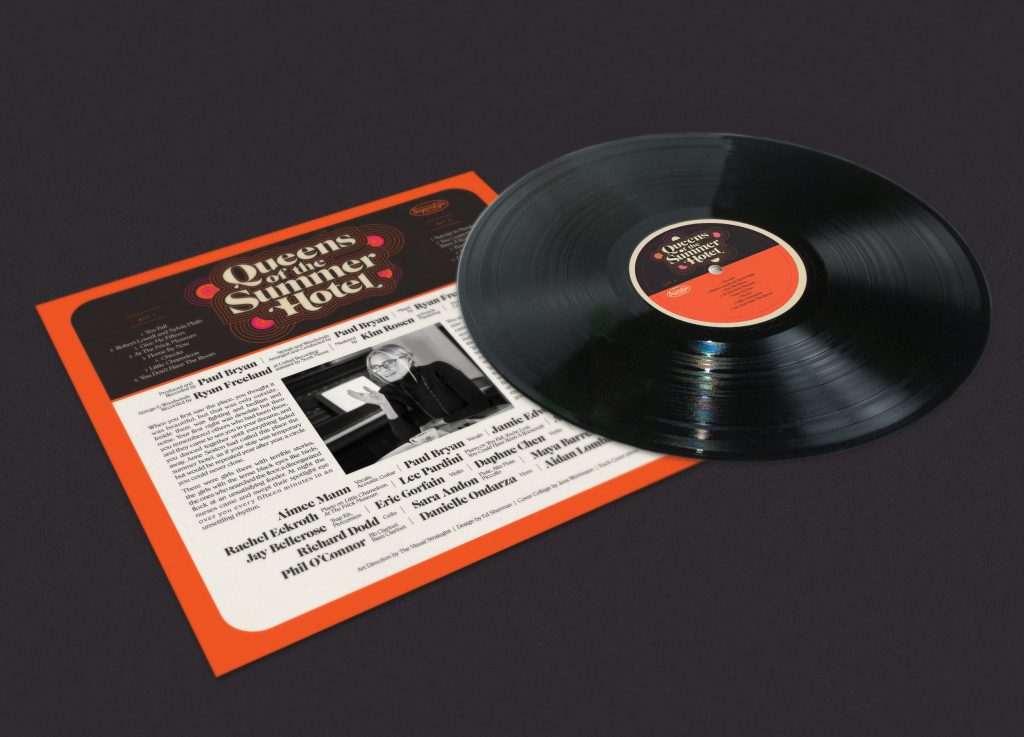 Suicide is Murder is a pre-released single from the album Queens of the Summer Hotel by Aimee Mann. Upon the release of the single, there were some backlash from fans as the song when first heard comes across as blaming suicidal people. The song is not it and is an emphatic and moving song that promotes life. 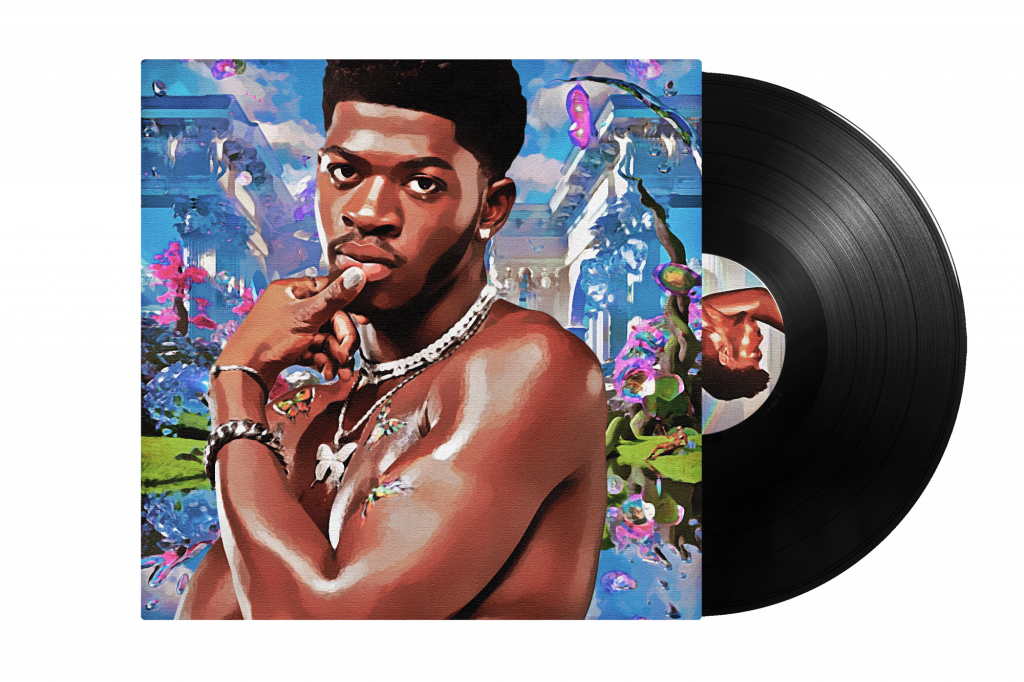 Montero’s last single is That’s What I Want which talks about Lil Nas X’ desires for someone that would love him. It’s fast-paced melody combined with his playful side – adding adlibs like “Uh” and “Yeah”.

If you watch the single’s music video you would get to see why Lil Nas still wants that someone. 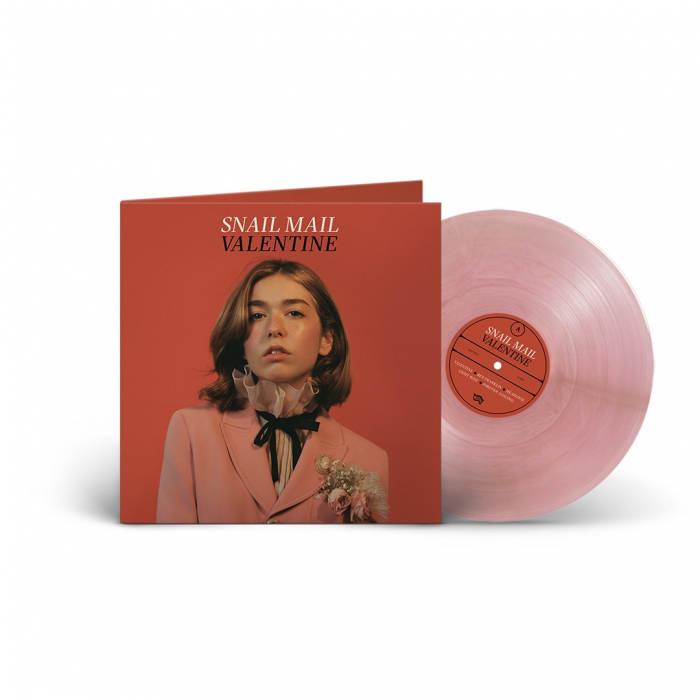 Lindsey Jordan is an indie singer-songwriter releasing songs under the name Snail Mail. Valentine is a single from her album of the same name and was released on September 15, 2021, almost two months before the actual album was released.

The single used the concept of dynamics fantastically as the chorus gives us a taste of that rock music but then it suddenly drops back to the more plaintive and ballad sound of the song.

#6 THAT FUNNY FEELING by PHOEBE BRIDGERS 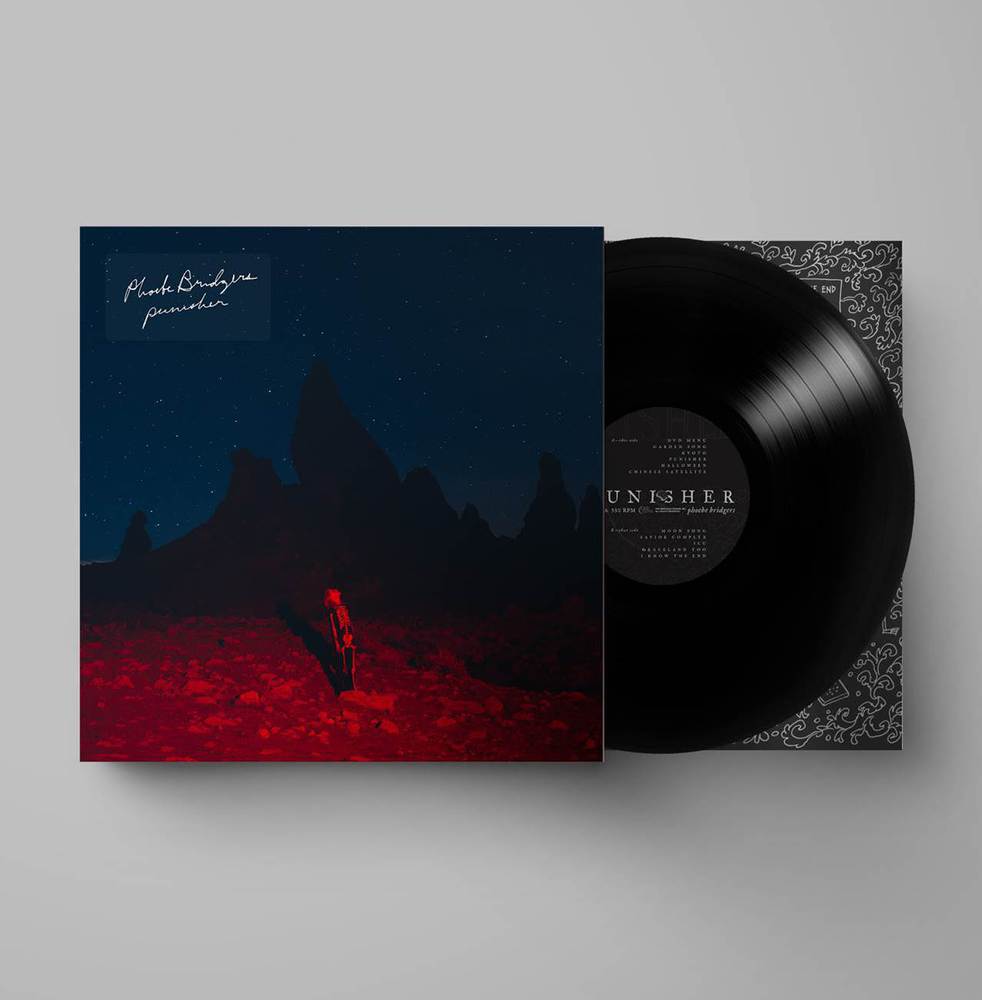 That Funny Feeling is a single from Bo Burnham: Inside, and Phoebe Bridgers performed it with Burnham during her appearance at Largo at the Coronet.

The guitar accompaniment along with Bridger’s soothing vocals just makes it a good track to listen to when you’re on a quick rest. 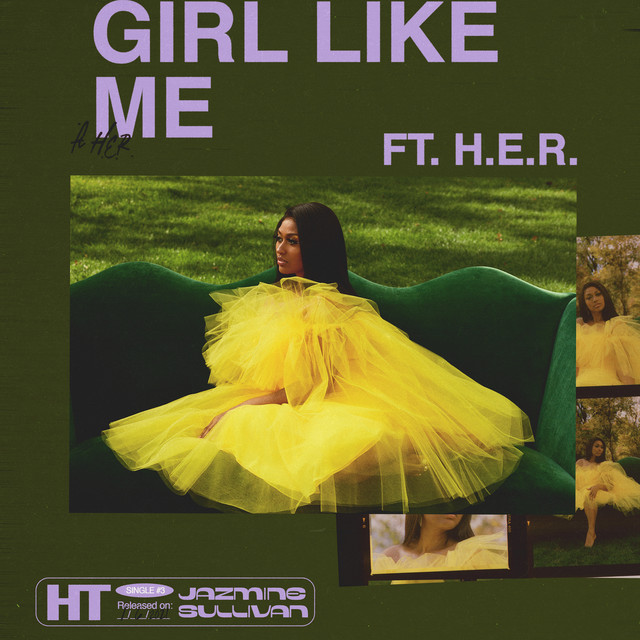 Jazmine Sullivan’s Girl Like Me is a song that features another R&B queen, H.E.R. The single is a guitar-driven ballad that tells the story of a girl rejected for another girl and how it has affected the one left behind.

Though the song ends on a sad note due to the lyrics, it can’t help but feel like a triumphant one, thanks to these women’s delivery. 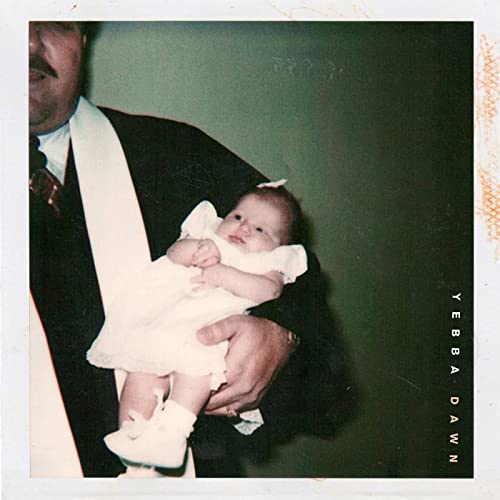 Yebba’s Boomerang is such a great revenge song for those people who have hurt you. The jungle-like feeling of the sound produced by the instruments and the shouts done by Yebba makes it more animalistic and revengeful.

And when accompanied with the music video they released you’ll be agreeing that: “Hell hath no fury like a woman scorned”. 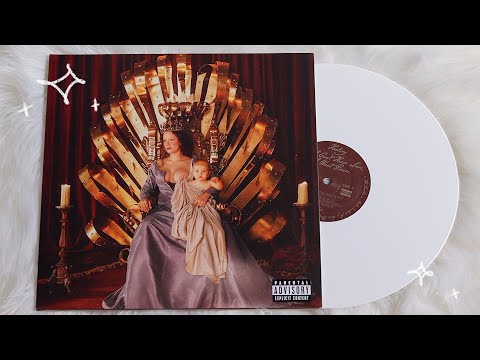 Halsey has released her fourth studio album, If I Can’t Have Love, I Want Power, on August 27, 2021. The single I Am Not a Woman, I’m a God is the lead single of the album which peaked at number 6 in Billboard’s US Hot Rock & Alternative Songs.

The song is not the typical pride anthem that we women would be singing. It is, instead, a song that shows how a person no matter how perfect can still be sinful. 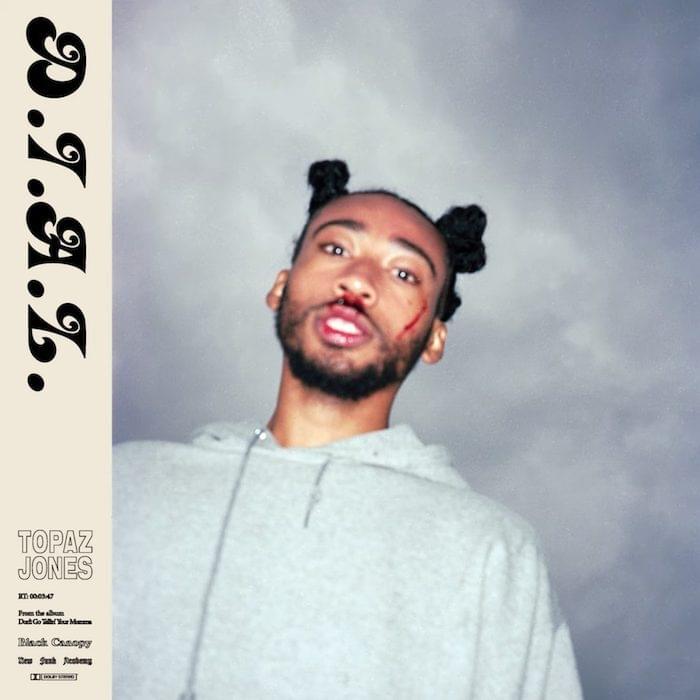 Topaz Jones D.I.A.L. is an acronym for “Dying Is A Lifestyle”. At first listen it seems like it’s just full of shallow declarations.

It’s a great single to listen to due to its cool grooves, but when we closely listen to it, we’ll get to hear a more in depth message he wants delivered.

#11 YOUR POWER by BILLIE EILISH 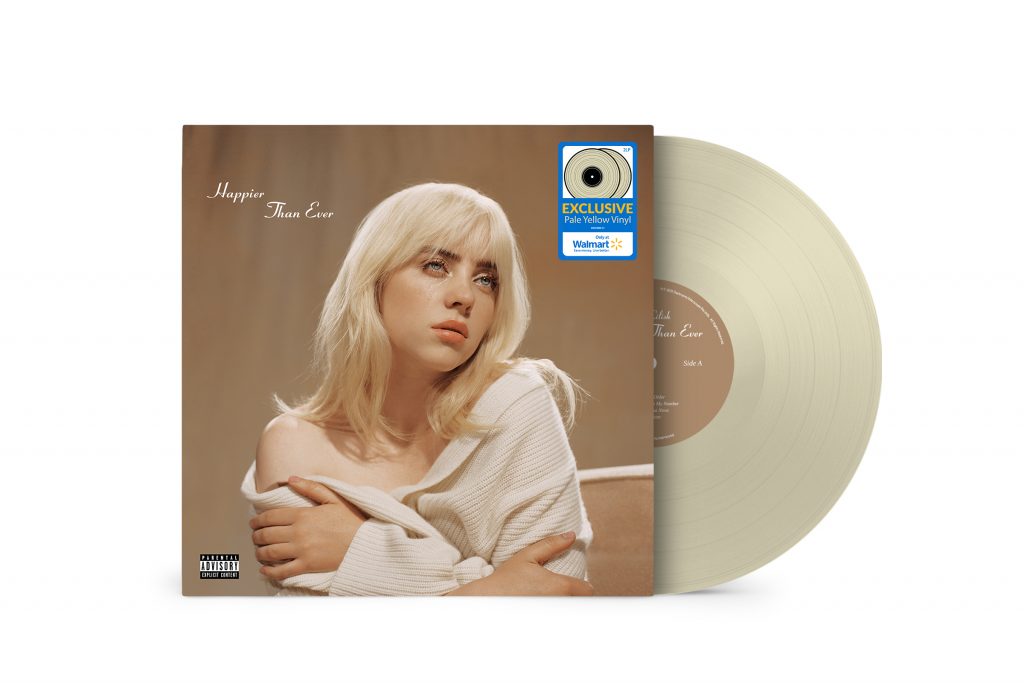 Billie Eilish’ second studio album, Happier Than Ever, has been nominated in the 64th Grammy Awards for Album of the Year and Best Pop Vocal Album. Among the seven singles from the album, we chose Eilish’ Your Power which was released on April 29, 2021.

The song is an accusation of the older men in the entertainment industry who have exploited their power to harass naive young women. Though it is an accusation, you can’t find fits of rage in the lyrics or the melody of the song, it was instead delivered in a polite and calm way. 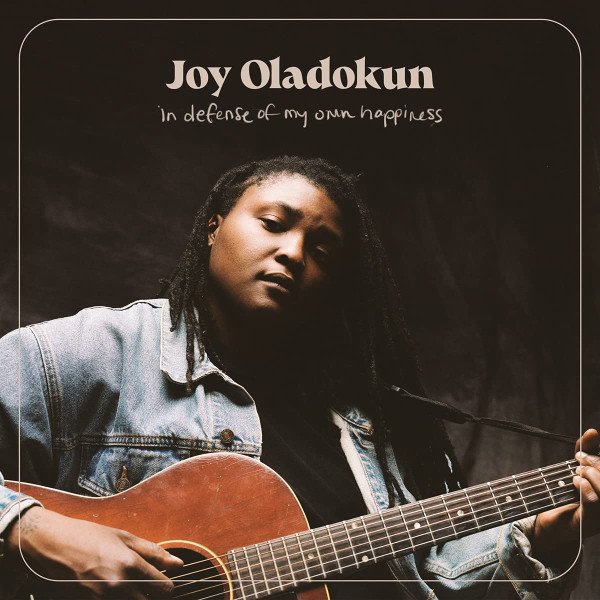 Joy Oldakun’s single, Jordan, is a song that tells of her leaving behind her old religious group and finding comfort in a new one.

She alludes how her former people have betrayed her and made her feel suffocated and a sinner due to being gay through the use of religious imagery. 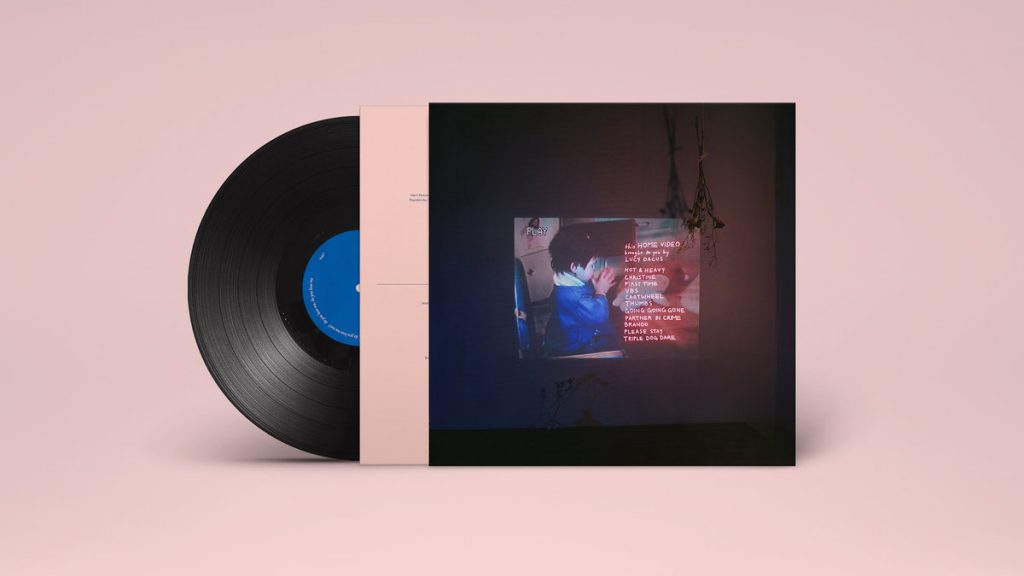 It recounts Dacus’ experience at a VBS and highlights how the light shown to her has apparently made dark darker than before.

And I would think that the highlight of this single would be the short metal song portion of the single towards the end. 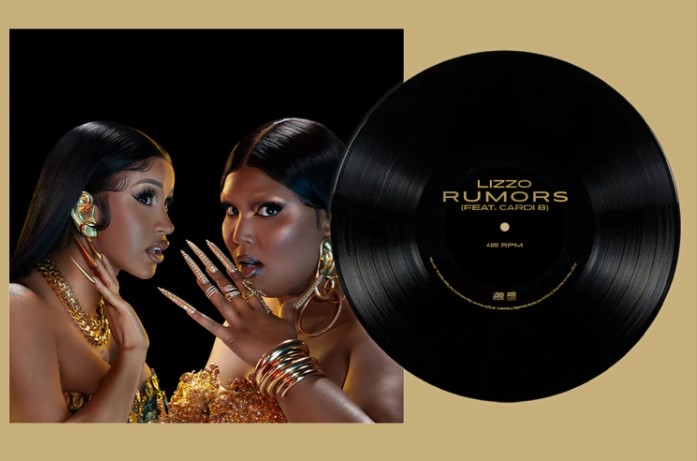 Rumors is a song by American singer and rapper Lizzo that features American rapper Cardi B.

The single debuted at number four on US’ Billboard Hot 100 and placed first on Billboard’s Hot R&B/Hip-Hop Songs Chart.

It was also number twelve on Billboard’s Global 200, making it Lizzo’s very first entry on the chart. It is a song that showcases how Lizzo squares up to her haters on the internet. 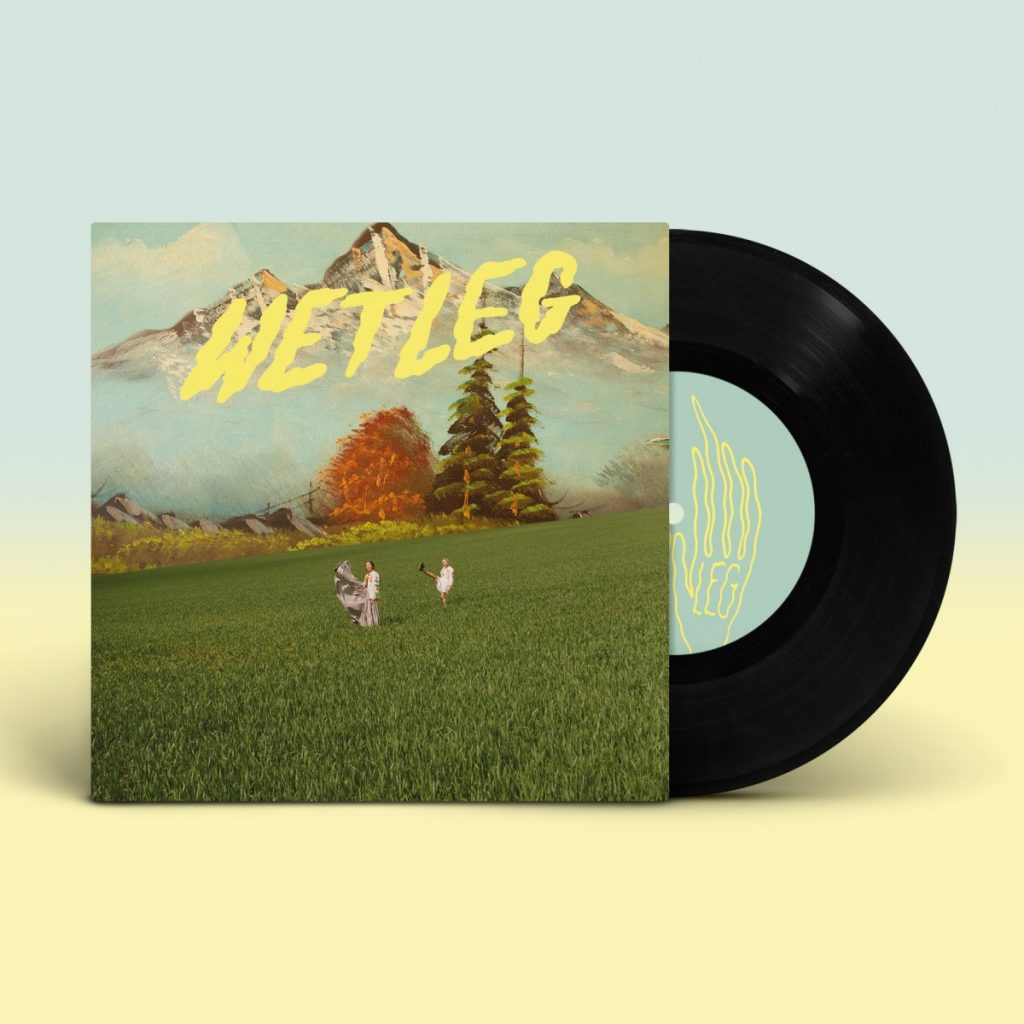 Wet Leg is an English rock duo from the Isle of Wight. Their debut single Chaise Lounge went viral last year as it quenched a rock-dry world.

It was released on June 15, 2021 as a pre-released single for their upcoming 2022 album with the same name. Fans of the band watch out for the album’s official release. 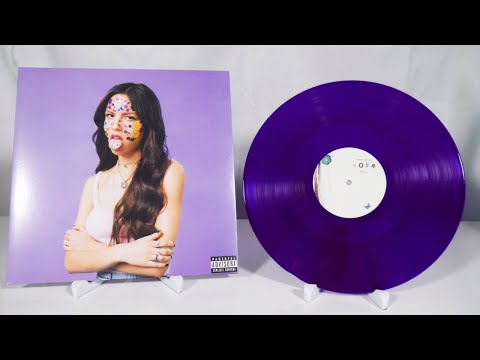 Brutal’s music video was released on August 24, 2021 and was released as a single on September 3, 2021 through Universal Music Italy.

The single speaks about how life can be brutal to teenagers too. It shows much of the teenage angst that many teenagers would really relate to 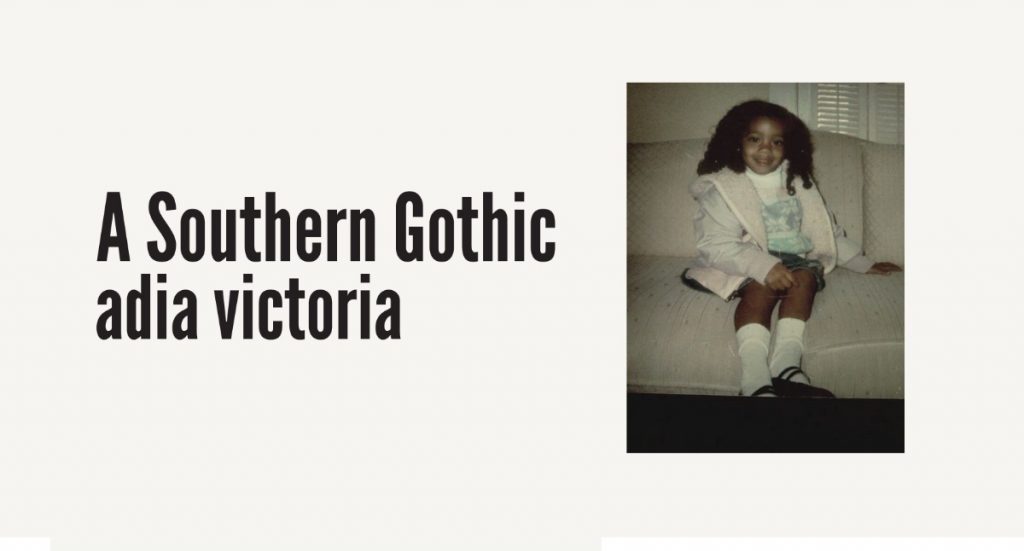 The single is about a bad romance that ends on a fairly happy ending as her solution for it is to return to her native land and move on from it.

Though at times we wish that revenge be done for those lovers who have done you wrong, moving on is by far a better revenge, just like what Adia is relaying through her song. 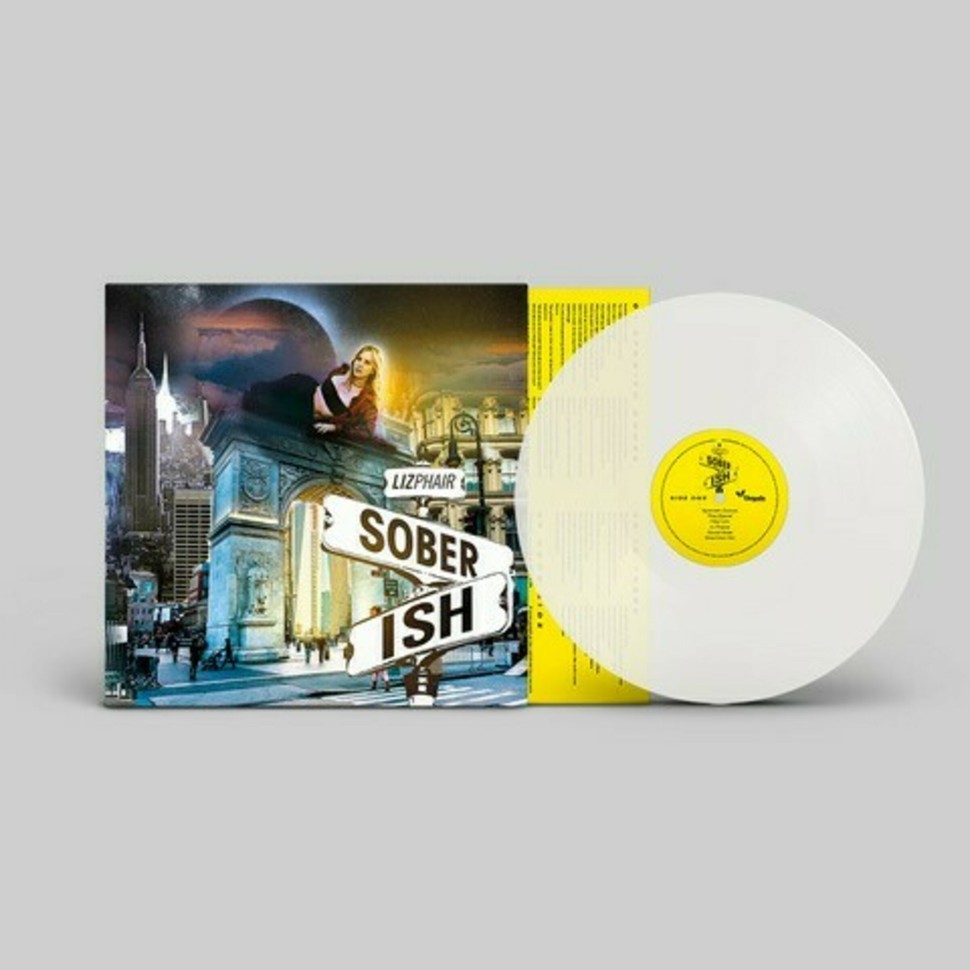 In There is Liz Phair third pre-released single before she released her album Soberish on June 4, 2021. The album was her first after 11-years since Funstyle in 2010.

In There is a song that speaks of a person who has sneaked up on her and had slipped into her heart without her knowledge.

#19 SEROTONIN by GIRL IN RED 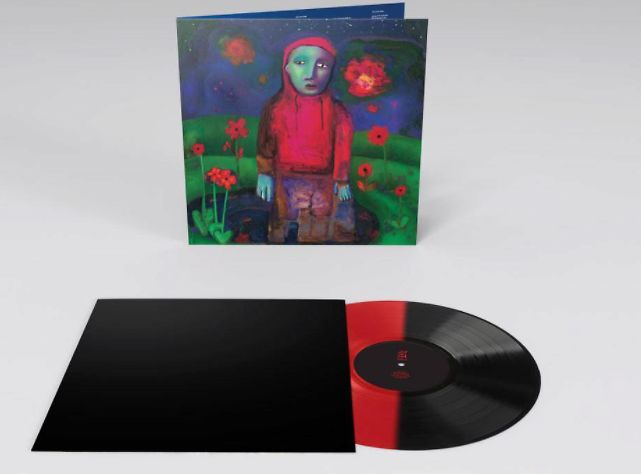 Girl in Red is Norwegian singer-songwriter Marie Ulven Ringheim who released her debut studio album If I Could Make It Go Quiet last April 30, 2021.

The album includes the single Serotonin which was pre-released on March 3, 2021. The single has relatable lyrics that speaks of the scary, exhausting, and exciting feeling of having too many thoughts. 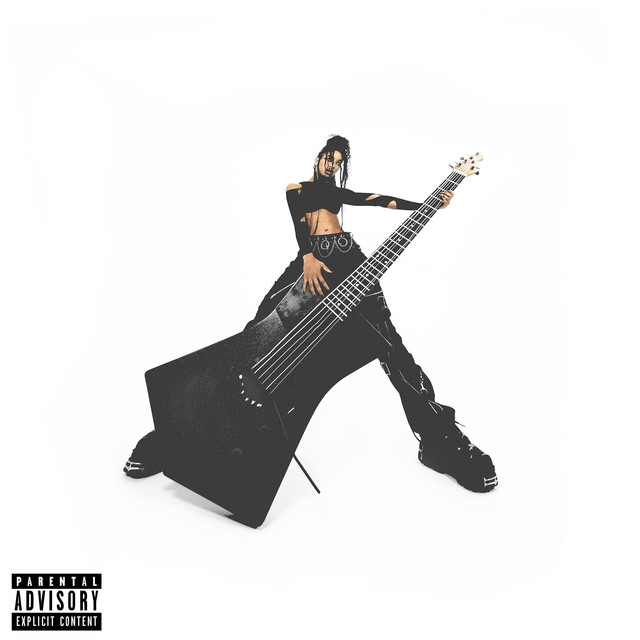 The album includes her single Transparent Soul which was released almost 3 months before the official release of the album. The single features Travis Barker and is a rock song that shows her struggle with fake people exploiting her.

#21 BITE ME by AVRIL LAVIGNE 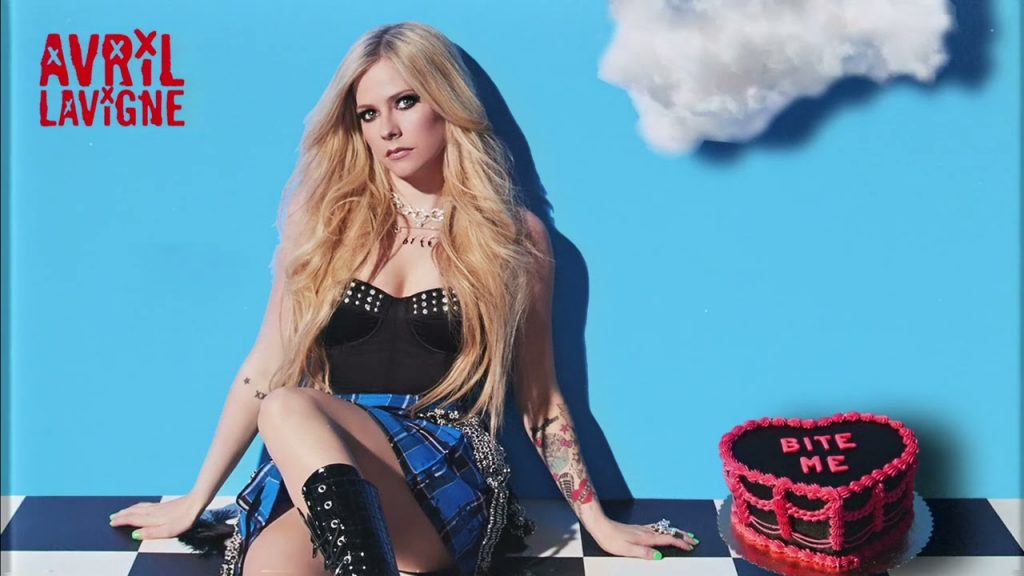 Bite Me is Avril Lavigne’s debut single on Travis Barker’s label, DTA Records. It is the pop punkstar’s lead single for her upcoming album this 2022.

The single has received positive reviews from critics as it is said to be a great single to announce the return of the star and to remind us why she will always be the Queen of Pop Punk.

Indie Film Maketing: How to Get the Most Reach for Your Budget

Indie Musicians: “Grunt Work” is What Building Your Music Career is All About

Replace Your Misconceptions As a consultant and educator, it’s my job to replace your misconceptions about the music business with a dose of business savvy. It’s not surprising that so many artists don’t have a clue about how much grunt work is required to build the foundation of their career. We consumers see only the […]