Did Elvis release any album in blue vinyl record?

This is a legit question because Elvis is the king of rock and roll and blues. One of the finest white blues singers the world has ever known, Joe Cocker, said that Elvis was the greatest white blues singer in the world. So…as a diehard vinyl aficionado, one might wonder if Elvis released any album in blue vinyl because hello? Blues= blue.  This is obvious! I mean…this would surely be a great addition to any vinyl collection, wouldn’t it?

And lo and behold, the answer is YES.

Here are some information we have found online:

was issued on blue colored vinyl upon its initial release in July 1977, then after the first custom vinyl pressing record sold went to black vinyl. 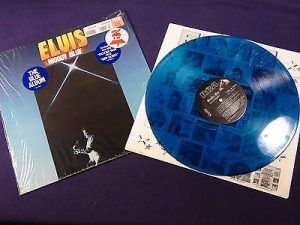 The next month Elvis died and almost immediately RCA switched back to pressing what turned out to be his last studio album on blue vinyl. There was a period when, in one of the weirdest instances of the usual being the unique, the black vinyl pressing was harder to find than the blue custom vinyl record pressing version! 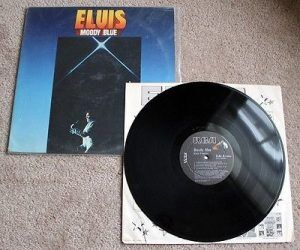 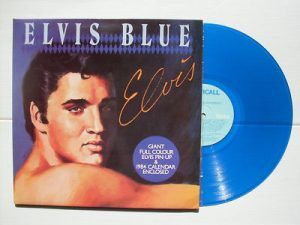 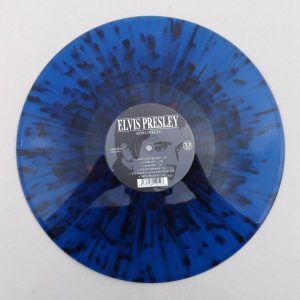 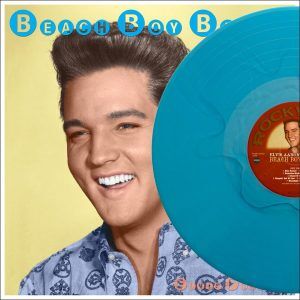 I’m Counting On You 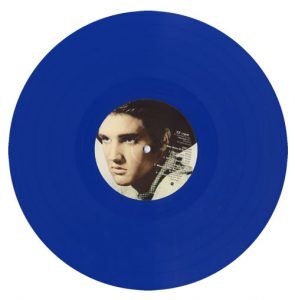 Elvis Presley was an American singer, musician and actor known as the “King of Rock and Roll”. He is known all over the world for his deep voice, pomade-coated hair, suave dance moves, and of course– his cool tunes. Elvis has a total of 101 gold, 57 platinum, and 25 multi-platinum album awards and according to RIAA, he has sold over 139 million albums units only in the United States, making him the biggest selling solo artist of all time.

Anybody who had a radio or TV knows the guy. It’s impossible not to. Elvis was everywhere and is indeed a pop icon up to this day.

He’s featured Forrest Gump and the film doesn’t have to spell out who he was because they just know every person watching the film knows who Elvis is.

Seriously, one has to live under a rock not to know the legend that is Elvis. We know how he walks, how he talks, the clothes he wears…because it’s impossible not to. He’s just everywhere!

Aside from rock and roll, he is known for adding a twist to blues music.

Elvis Presley was a central figure in the development of rockabilly. Rockabilly, as a genre, blends the sound of Western musical styles such as country with that of rhythm and blues, leading to what is considered “classic” rock and roll. Elvis was influenced by the blues as a music genre.

Big Mama Thornton, Arthur ‘Big Boy’ Crudup, Fats Domino, and many others were all admired by Elvis who recorded many of their songs while traces of their music, delivery, and style are evident in many of his other recordings.

Blues legend B. B. King in his autobiography mentions meeting the young Elvis on several occasions and comments on Elvis’s obvious fascination with blues music. Even when Elvis signed with RCA and his recordings were softened to appeal to a broader audience he would still break out with full spirited blues numbers – Smiley Lewis’s ‘One Night (Of Sin), Reconsider Baby, Merry Christmas Baby – all are excellent blues songs.

Now that you know why there should be a blue vinyl record by Elvis, would you want to own one?

Music plays a very crucial role in horror movies as they create the mood and atmosphere. That is why filmmakers really take their time in finding the best score for their masterpieces. Take for example Dario Argento and the soundtrack for his classic Deep Red (Profondo Rosso). He approached Pink Floyd but when he got […]

Remember that girl from a famous nineties song who’s having the time of her life listening to her vinyl records? Seems like we’ve all become like her in the last decade. Dancing and singing and squealing…just being in love with our vinyl records AGAIN. In fact, in 2019, vinyl is poised to outsell CDs for […]