This time, we’ll be presenting you with albums that will leave you engrossed with them—not only because of the music, though, but because of the things you have or you might want to do with them.

So, without further ado, here are the nine albums that will not only entertain you with their music but also with the packaging or inclusions that come with it. 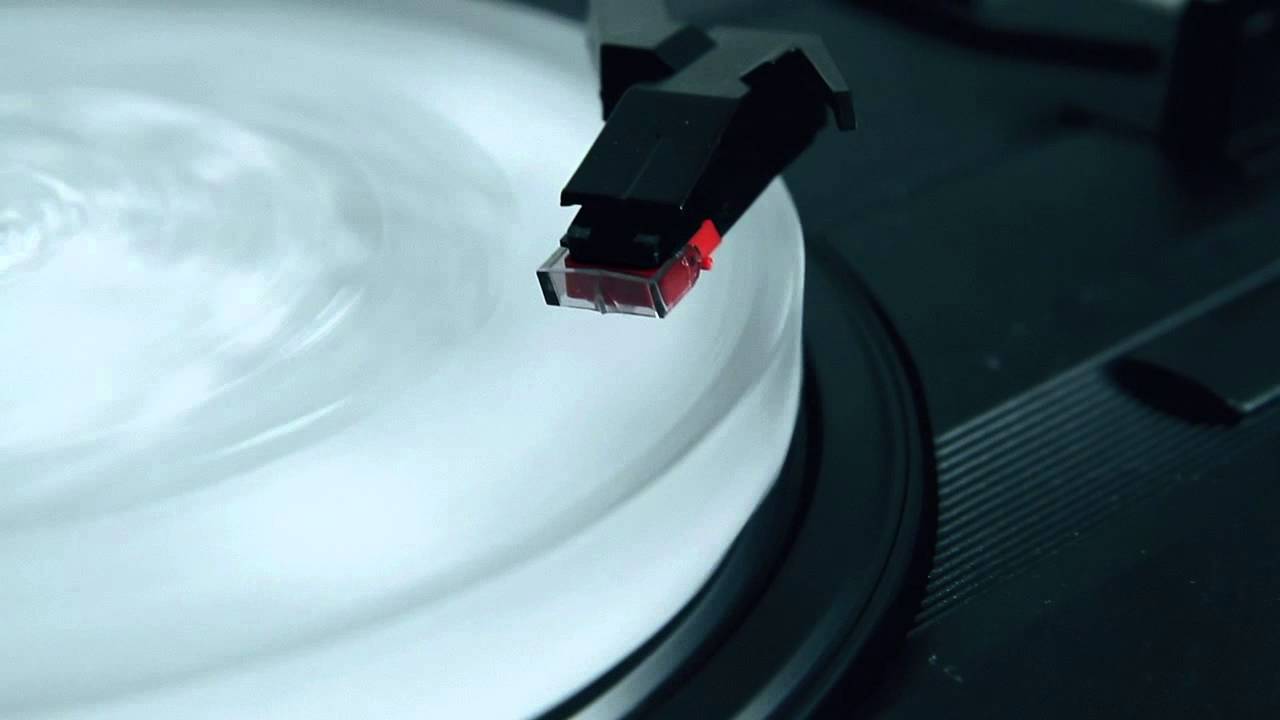 The Swedish indie rock band Shout Out Louds dropped their single Blue Ice in 2012. The single release came with a limited run of box sets that captured the attention of everyone. 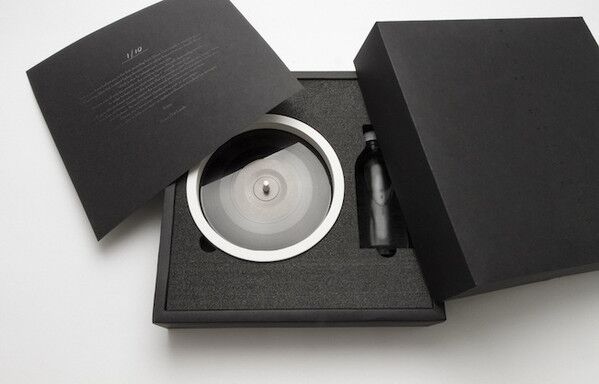 The box set contained a liquid solution, a vinyl mold, and instructions on how to make the vinyl made out of ice.

Hey, we do vinyl record pressing of all kinds but I guess this is unbeatable!

I mean, what fun it would be to make a record at home.

It was a very unique way of promoting the song and one that fans would really love to have and try out.

#2. LED ZEPPELIN – IN THROUGH THE OUT DOOR VINYL 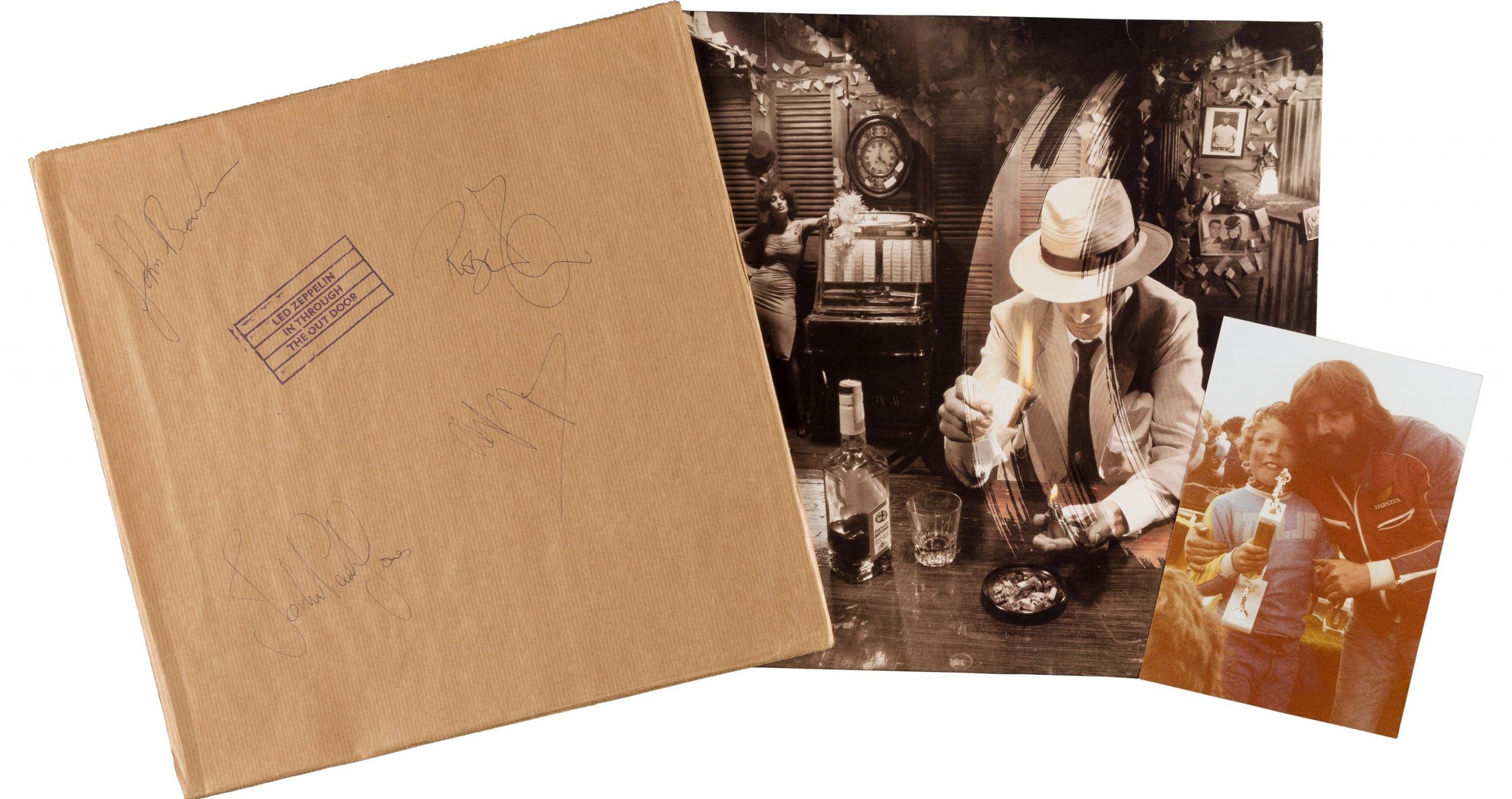 Led Zeppelin’s 1979 album In Through The Out Door seems like an average release.

When you think of its sepia-toned album cover and brown paper bag outer sleeve designed to make it look like a bootleg record, you’ll think there’s nothing special to it.

When you get to the inner sleeve, that thought just intensifies. 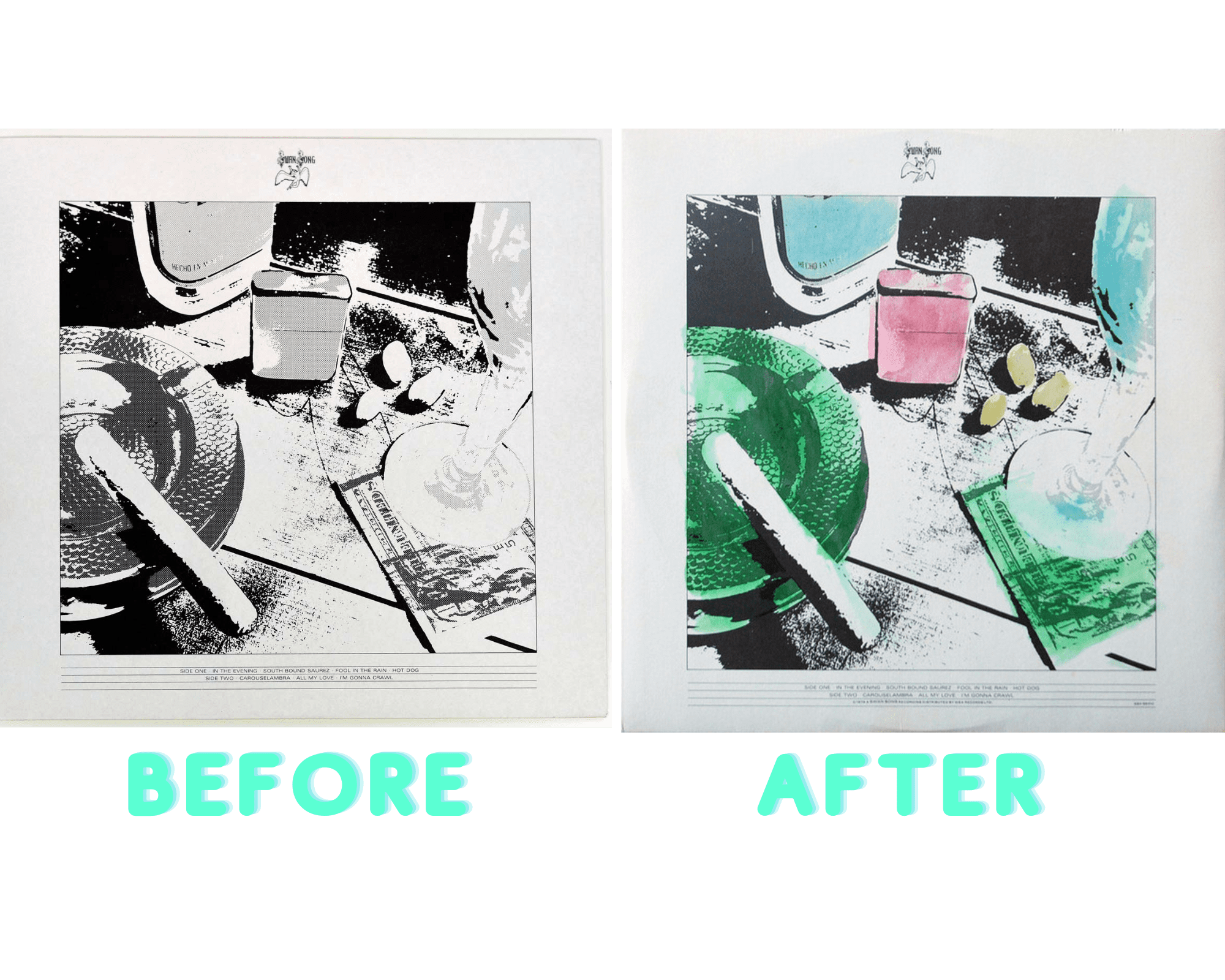 But when some parts of the back-to-back, black and white inner sleeve are exposed to water, colors appear, making it a full-color image.

It’s a good way to spend time while listening to the tracks pressed on the vinyl. 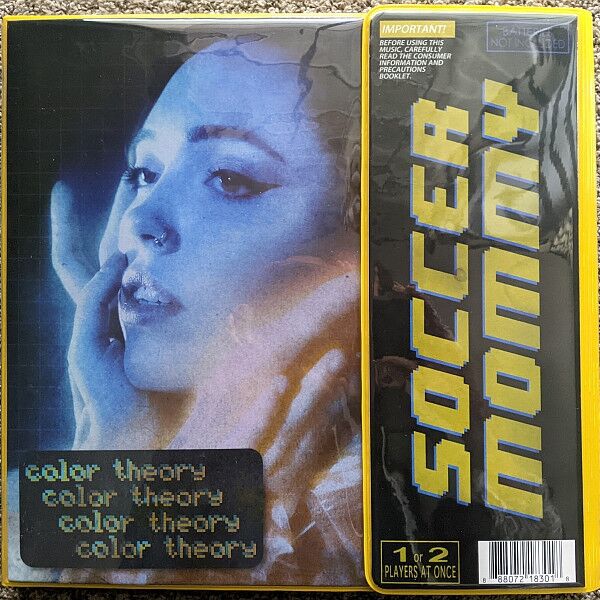 The Deluxe Binder version has a limited number of stocks with only 750 units.

It includes a custom vinyl record containing all 10 tracks in translucent blue, and 6 vinyl flexis each containing a demo of the 6 tracks. 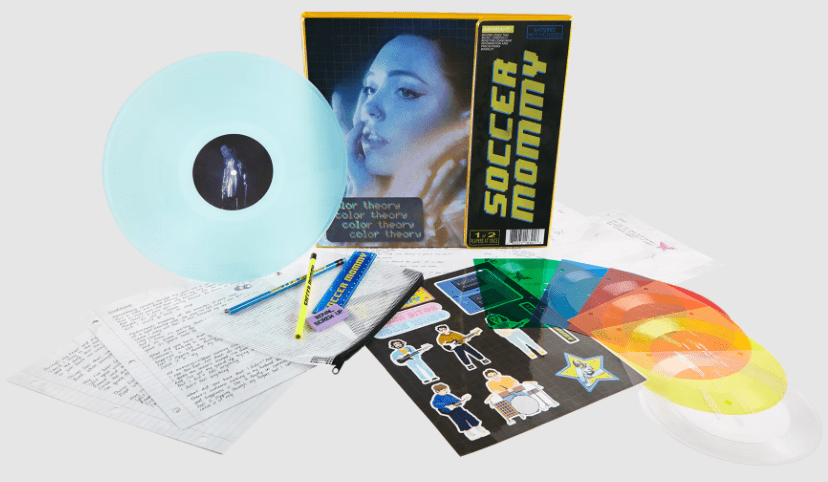 It also has handwritten lyric sheets, stickers, pencil case (with pencils, a sharpener, and a ruler), and they are all enclosed in the yellow binder.

What’s great about this is that you can add other pages. You can also design the binder and its pages with stickers and pencils.

12 Custom Vinyl Records With Weird Stuff In It

How To Make Custom Vinyl Records That Are Worth Collecting

#4. SPIRITUALIZED – LADIES AND GENTLEMEN WE ARE FLOATING IN SPACE CD 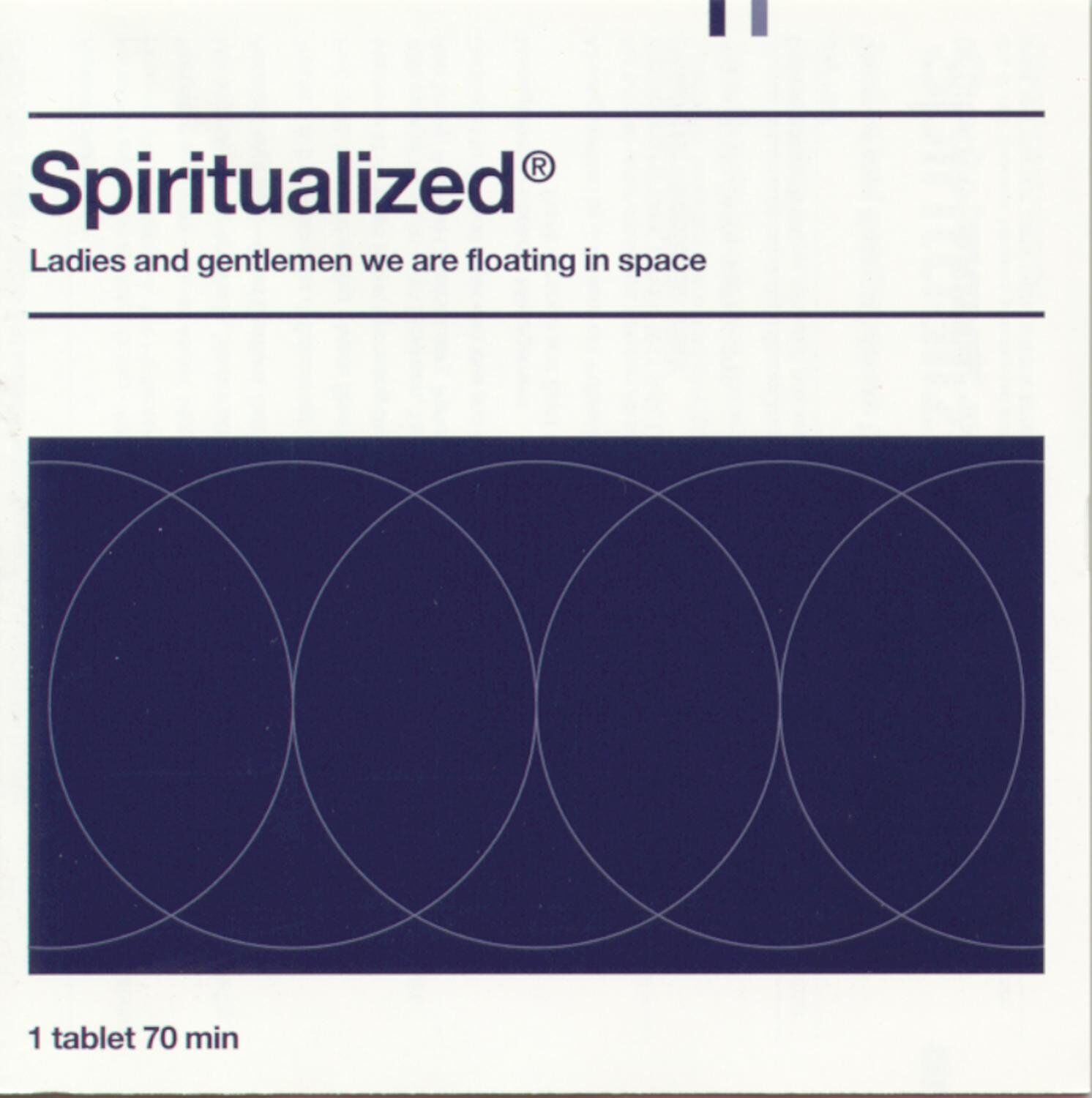 Ladies and Gentlemen We are Floating in Space is Spiritualized’s 1997 album that has one of the most creative packagings the world has seen.

You might have found the band’s cover familiar and that’s because it is. The cover was designed to resemble a box of medication. 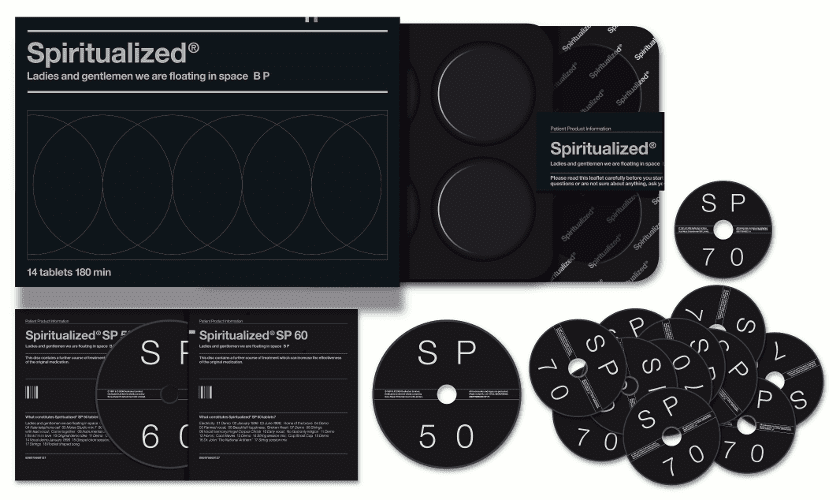 For the special edition of the album released in 2020, we saw the band stepping up their game.

Each track had its own 3” CD with each disc packed into its own compartment on a sheet of pills. Now their songs have become your literal medicine.

Check out our custom CD wallet. 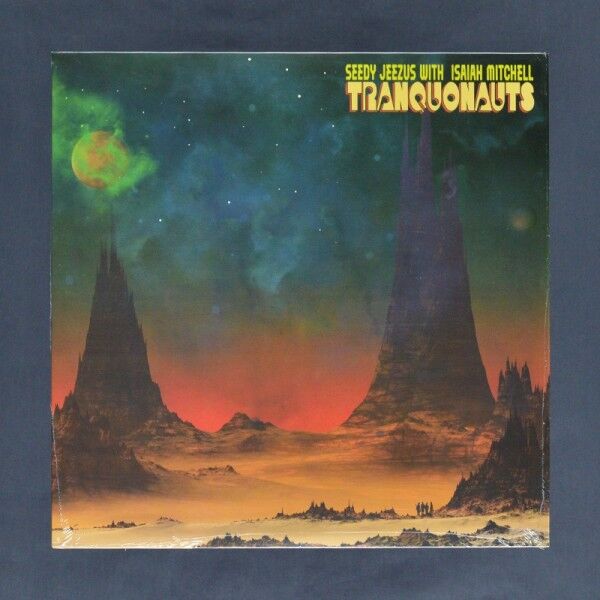 The 2016 album Tranquonauts by The Seedy Jeezus & Isaiah Mitchell has a retro-ish futuristic sci-fi art cover that features what looks like a barren interstellar place.

What makes it engrossing though is the fact that the album includes a board game inside. 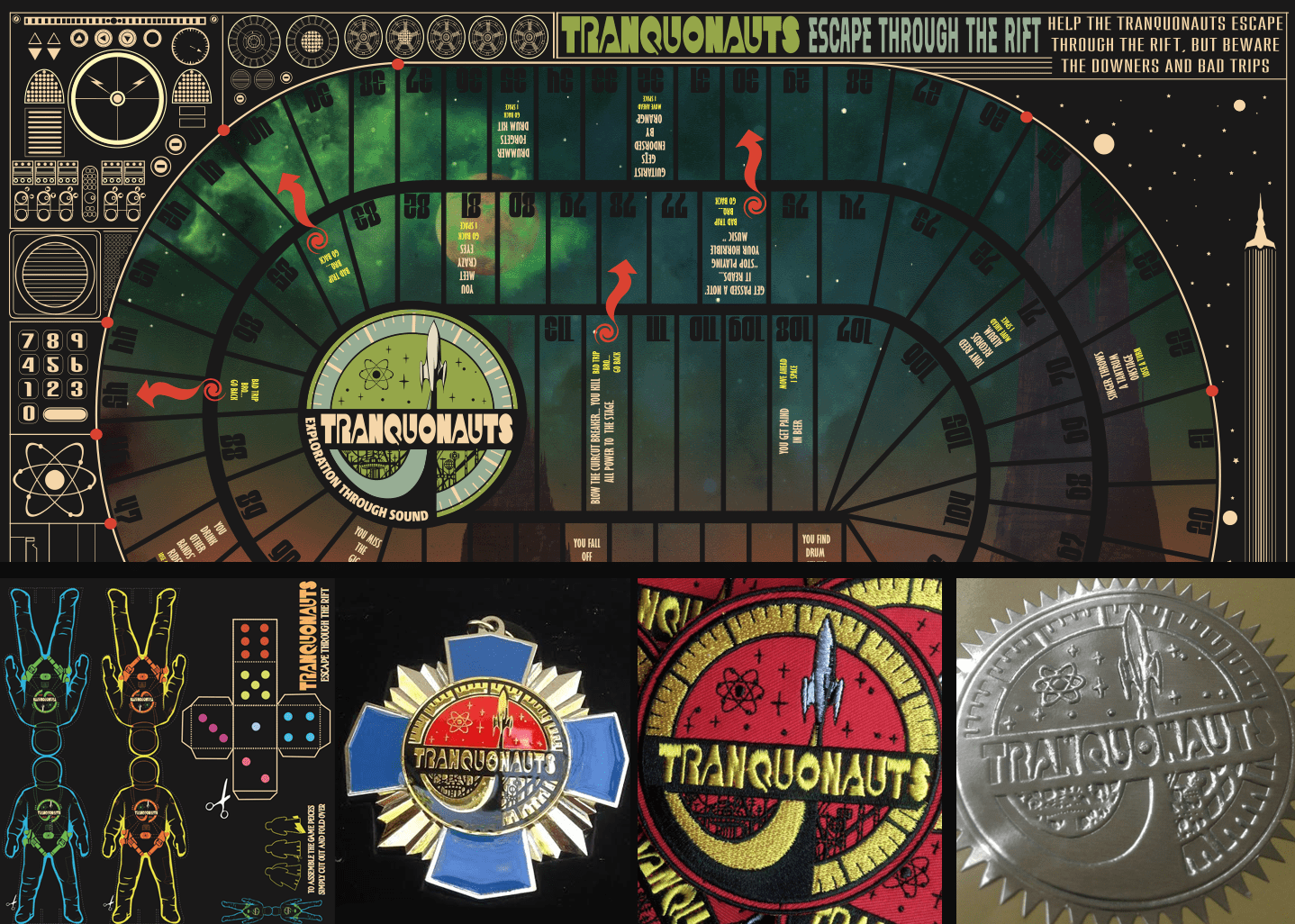 The board game takes you on a cosmic trip while avoiding a series of bad incidents that were inspired by the experiences the band members have had throughout their careers.

It’s a great way to spend time with fellow fans as well as know the band and the members in it. 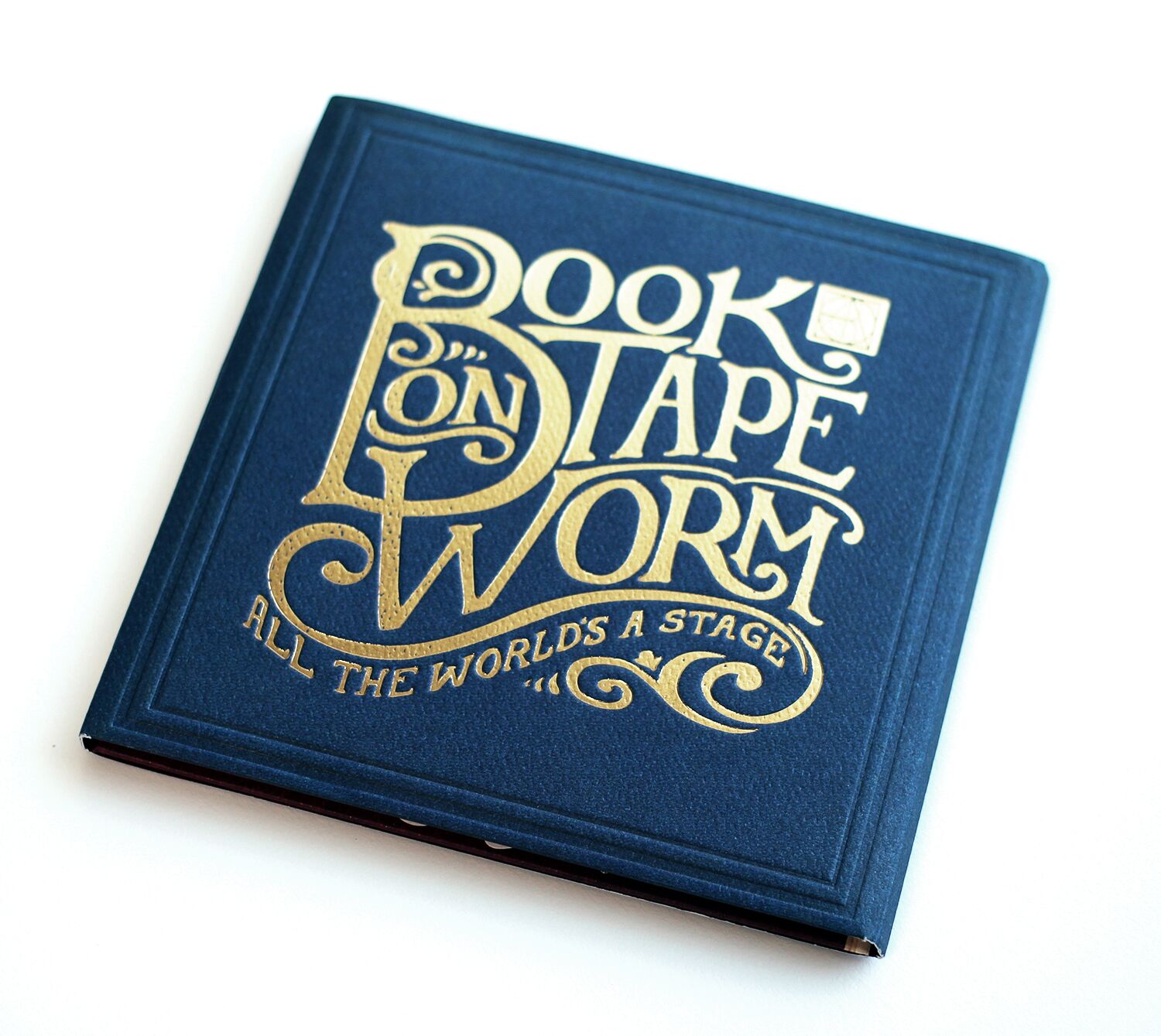 Book on Tape Worm’s All The World’s A Stage album draws inspiration from literature and film and is divided into four acts with a solid cinematic backbone.

It has a total of 17 tracks which makes it a lengthy one to listen to. 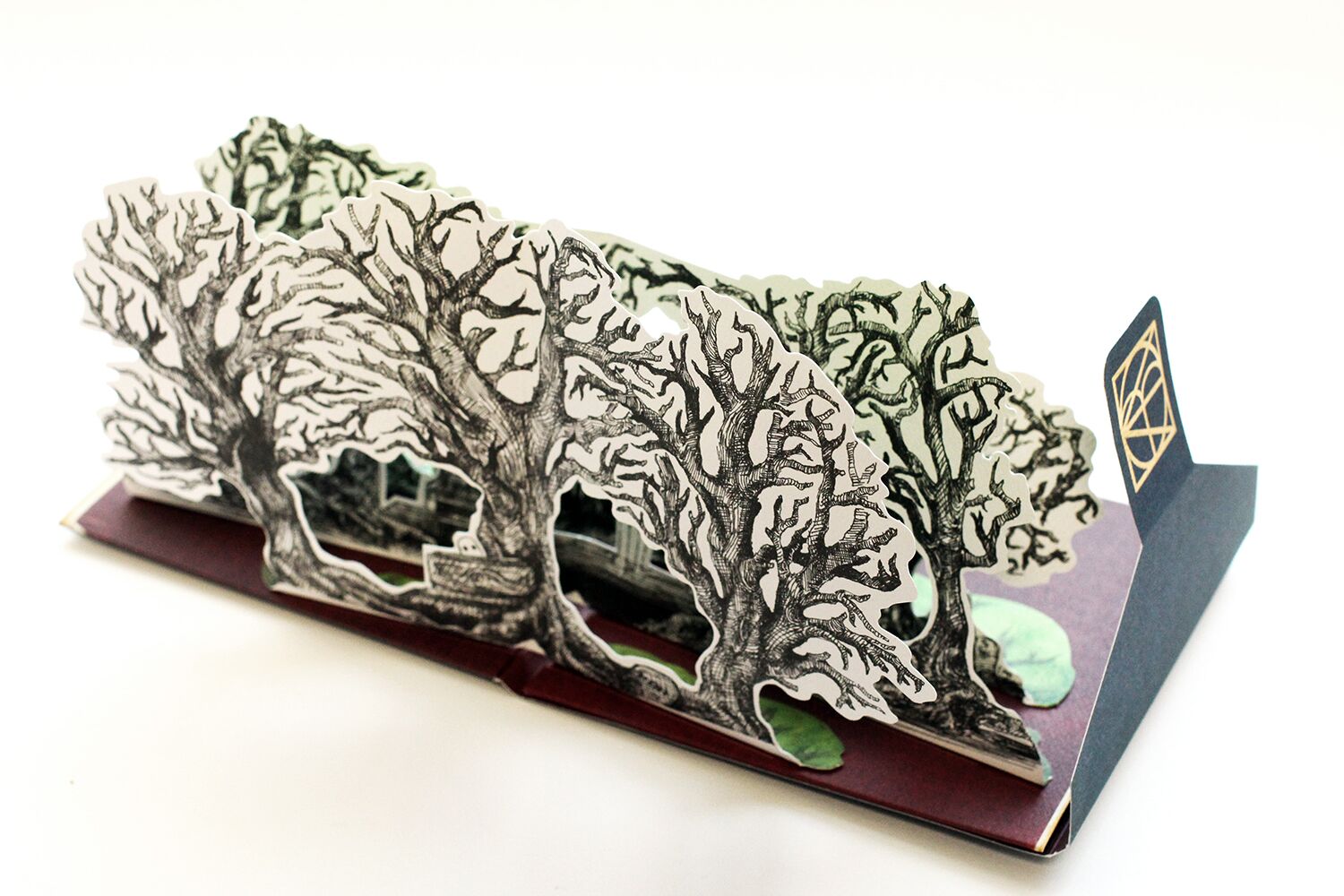 Thanks to the well-thought-out physical release of the album, you will have more appreciation for the album.

The CD album comes with a book-like album that holds pop art of leafless trees inside. 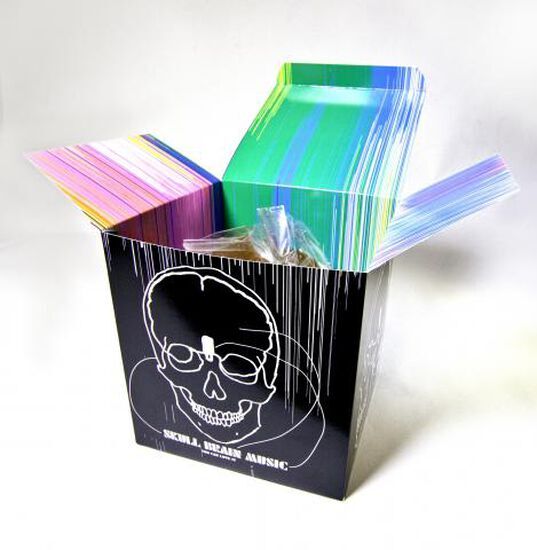 It was a limited release on flash drives and has yet to be released officially in any other format.

If you buy the limited release, which was sold for $150, you get a black box with a skull design on the outside. 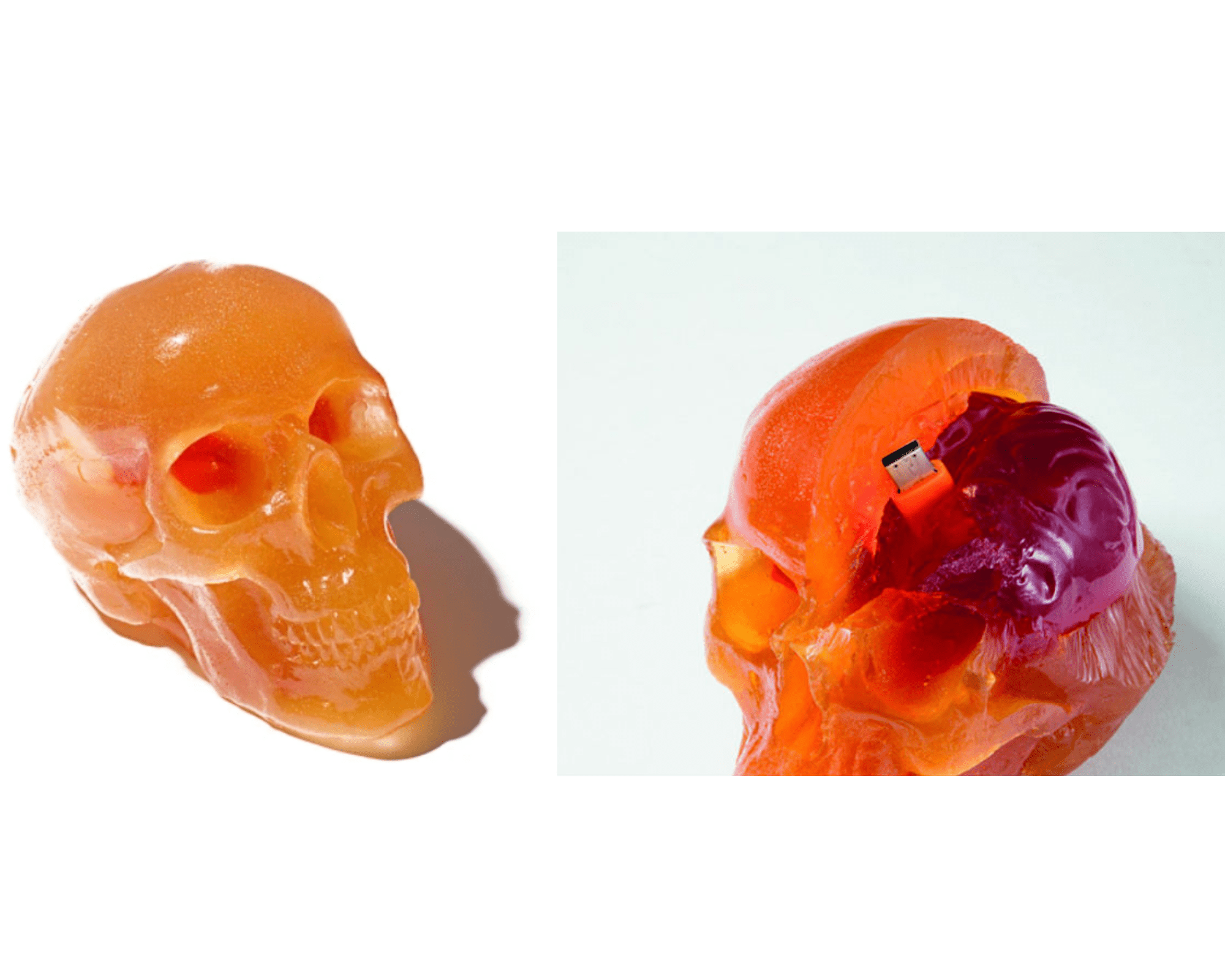 After retrieving the flash drive from all that gummy, you can plug it into a computer and listen to the EP, all the while chewing on the gummy.

Just make sure your hands were clean when you were tearing them apart.

Where Can I Buy USB Flash Drives With Cool Designs? 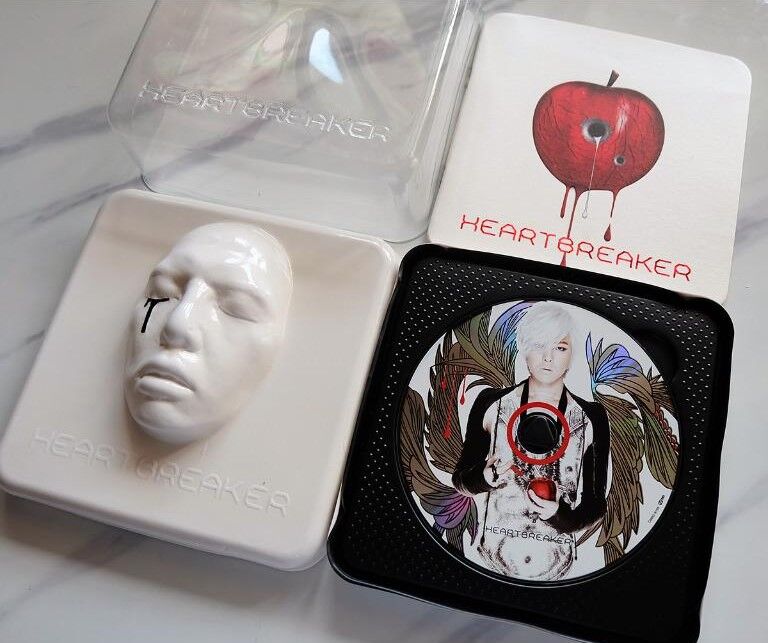 The King of K-pop, G-Dragon, released his debut album in 2009 titled Heartbreaker.

It caught a lot of attention thanks to the face mold that served as the album’s cover art. Looking at its packaging and inclusions, you might be wondering how it earned its spot on this list.

Well why don’t we look at the things the fans did with it: 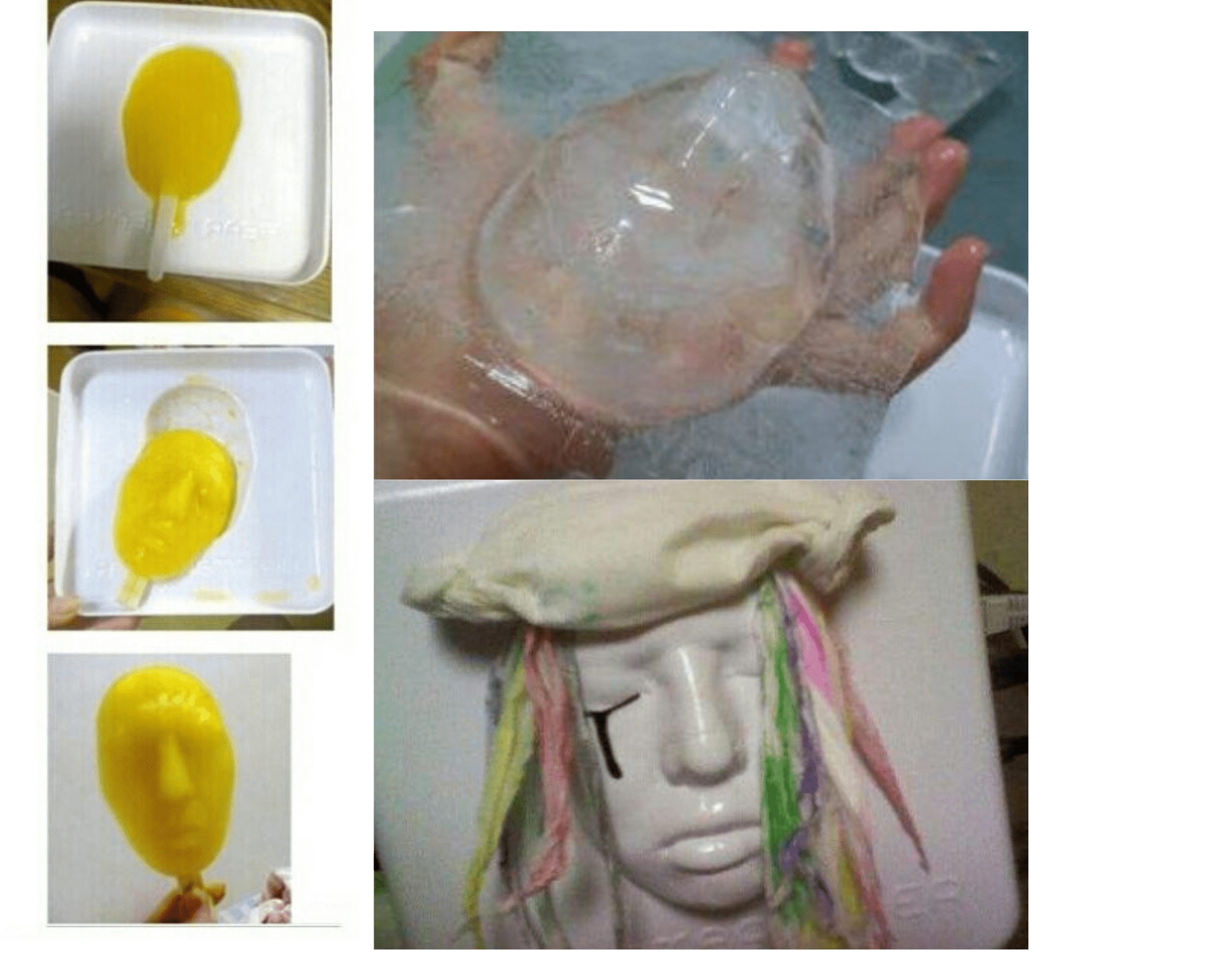 Fans used it as a mold for their popsicle and also made an ice version of it. Other fans, though, used it to showcase their creativity by making it a canvas for their artwork. 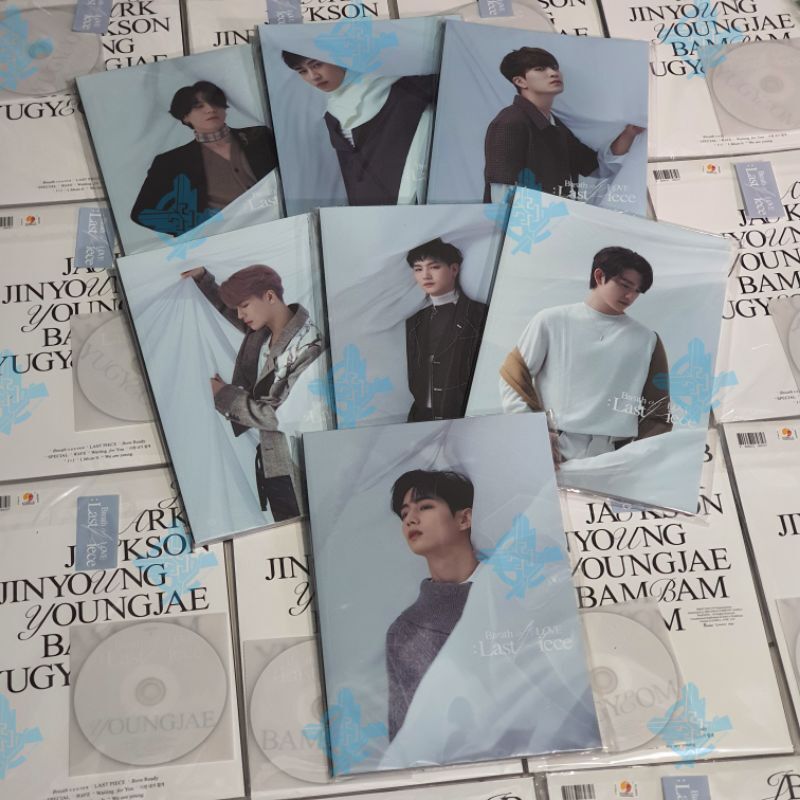 Last on the list is GOT7’s Breath of Love: Last Piece album released in 2020.

Their last album before parting ways with their longtime company had 7 photobook versions each featuring a member on the cover which are slid on plastics along with the disc and the other inclusions.

When you flip through the pages of the photobook there are pages dedicated to the lyrics of the 10 tracks.

The lyric pages looked blank since the title and the lyrics are on both ends of the page leaving a big space in the center.

Due to this, creative fans thought of designing them. It’s a good way to spend the time while listening to each track, don’t you think?

Here are some of the results: 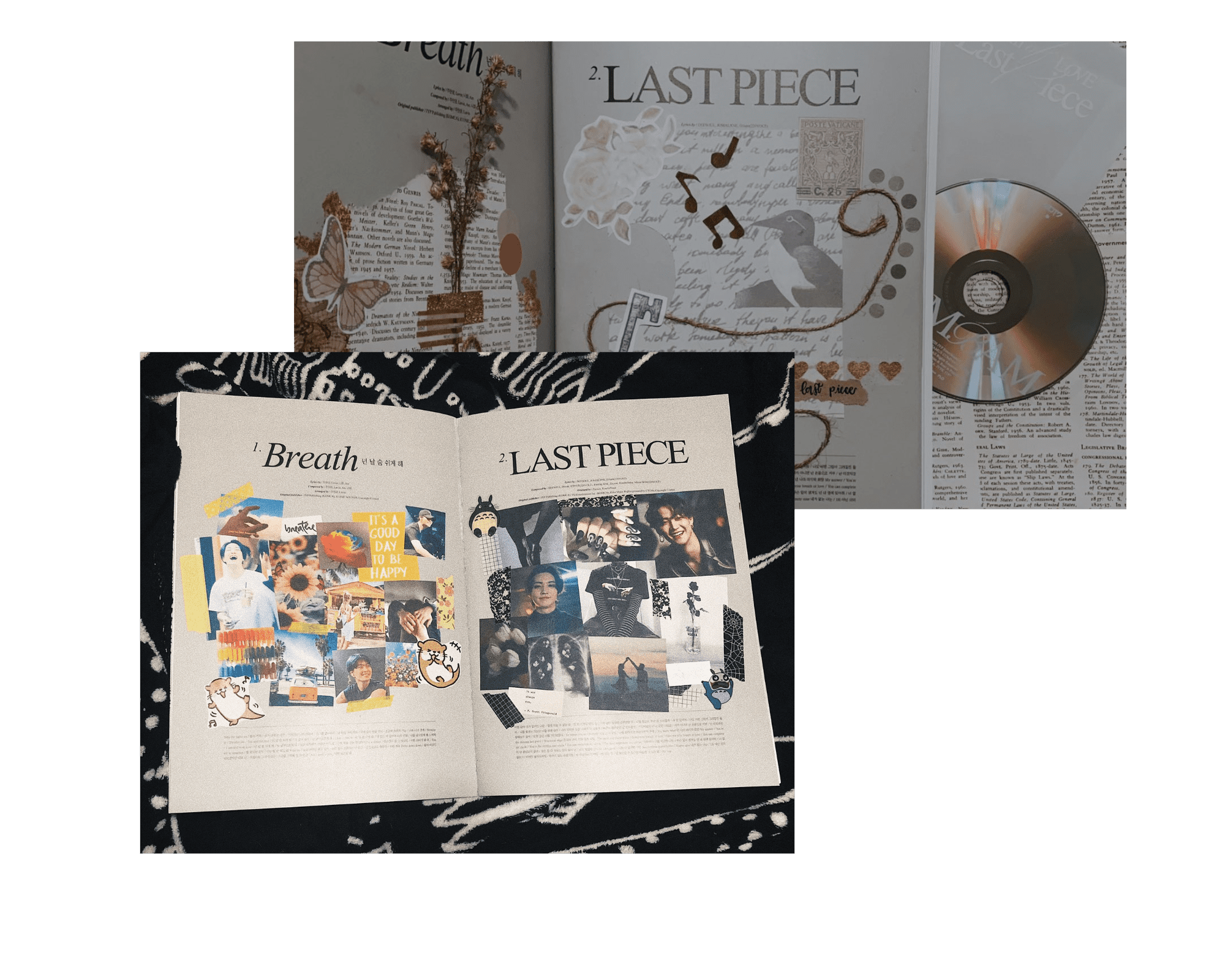 They do not only provide you with great music, but also something for you to waste your idle time on.

Recording a new album is always a momentous occasion for any musician.  Today, recording technology is very affordable and many musicians have some sort of home studio for capturing new ideas, recording demos, or even making full-blown albums.  However, nothing matches the experience and quality of recording at a professional recording studio. There are many […]