Vinyl is not just a format with exceptional sound quality, it can also be a visual art form.

If you’re looking for a good album on vinyl that’s also good-looking, then please read on.

I’m sure you’ll find one that’ll suit your taste. The pandemic pushed Andrew Wasylyk to seek refuge in Balgay Park where he got some inspiration and got to create music compiled in his 2021 album Balgay Hill: Morning in Magnolia.

The album is a must buy because it will surely help you be at ease and find some solitude like those times in the early hours of the morning.

The beautiful cover art of the Balgay Hill that featured the Mills Observatory while being framed by flowers exudes that serene daydreamy feeling.

We’ve got Frances Castle to thank for it, as well as the artwork for the album’s inner sleeve that houses the baby pink colored custom vinyl record.

There’s also a version of the album where the flowers are in orange and the vinyl record is in white.

#2. A WINGED VICTORY FOR THE SULLEN – THE UNDIVIDED FIVE 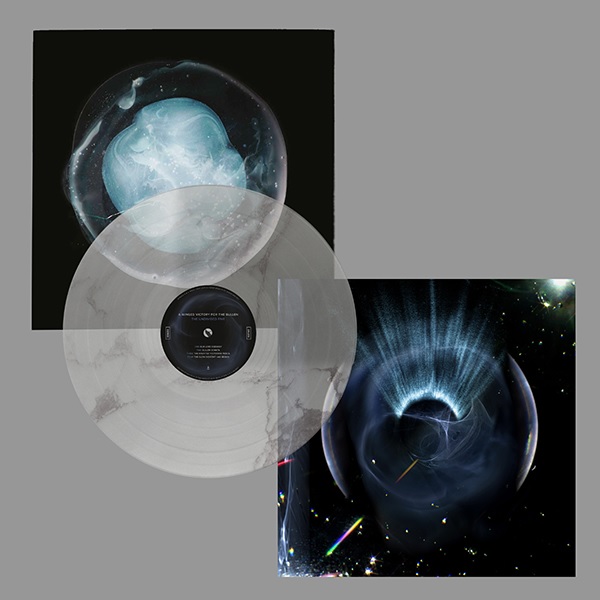 The duo’s 2019 album is said to be one that would leave you entranced in both the music and the artwork.

It is an album which is a series of long heavy metal drones.

When paired with Davy Evans’ artwork which utilized macro-photography and digital techniques, the album became a great album to both listen and look at. 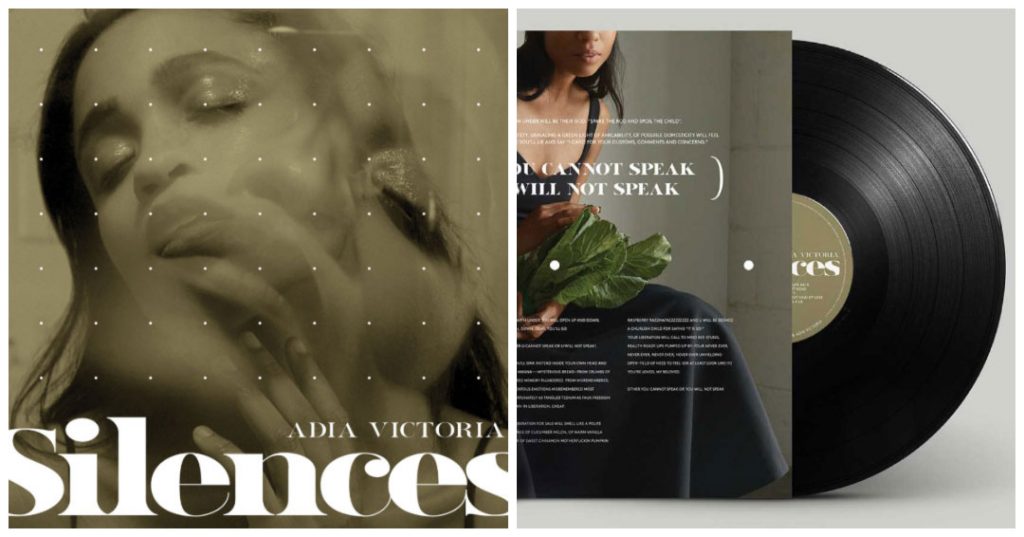 Adia Victoria’s artwork for her 2019 album Silences is one that’s really needed to be given an applause.

The great cover art with its clean design and multi-layered images, is an artwork by Julian Alexander.

Victoria’s team contacted Slang, Inc. and instructed them to present her as “a modern blueswoman while paying homage to her influences from past generations”.

With this in mind, the great artwork was created. Aside from the cover art, the tracks showcase what a great character she has.

It leaves a message of having the power to overcome and even have fun with your demons instead of fearing and running away from them.

The album is an hour-long album of drum and bass ambient music.

The music is paired with a beautiful cover art by Keep Adding whose real name is Noah MacDonald.

Aside from the cover art, the purple-yolk egg custom vinyl record also adds to its attractiveness. 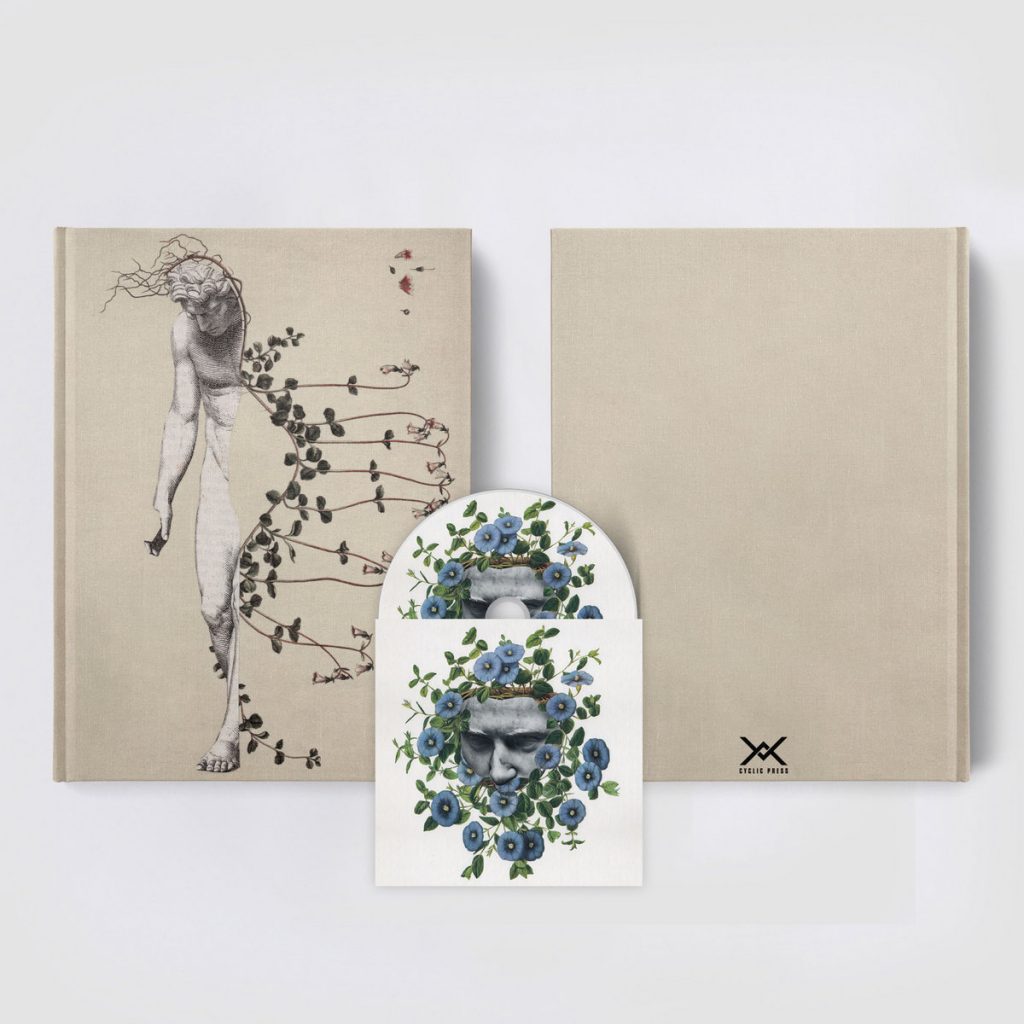 Paw Grabowski is øjeRum’s real name and he apparently did both music and design.

If you get to open the hardbound book that comes with the CD duplication of his album Stigma you’ll be amazed.

The artwork pieces are superb and when accompanied by the album, it would be an even more enjoyable experience.

Is CD Duplication Or Replication Best For You? 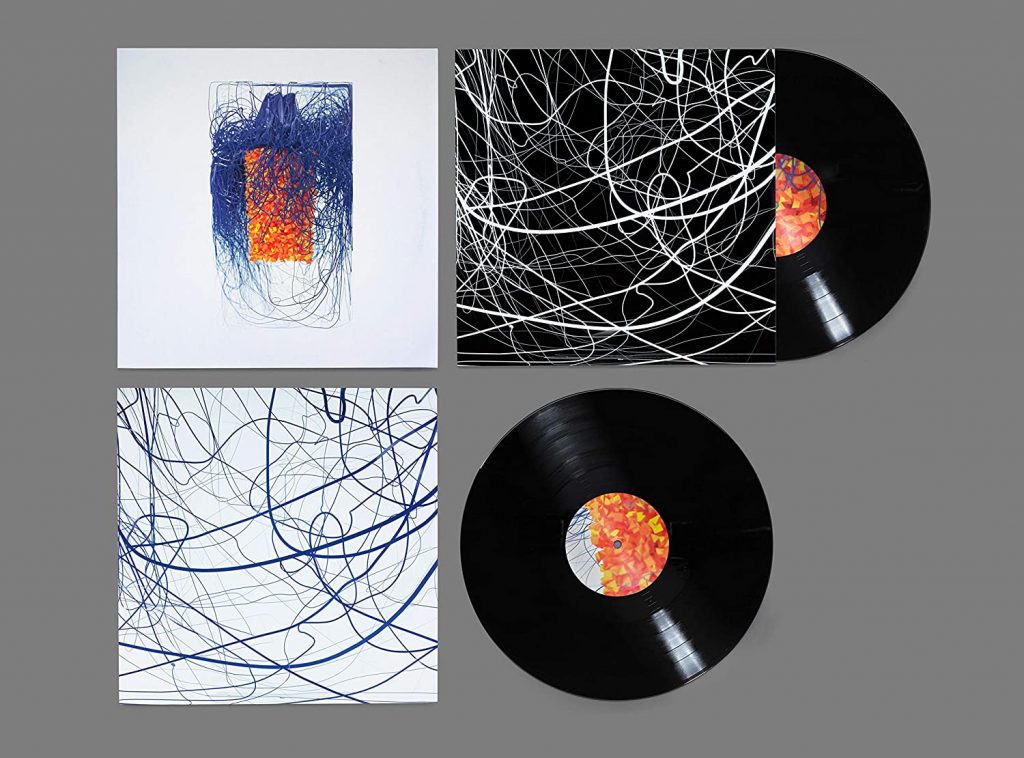 Plaid’s Polymer was released in 2019 by Warp Records on vinyl records.

Warp Records describe the album as the clashing of various themes, once again showcasing how the duo experiments with their music.

Aside from music, they also experiment in how they visually represent their albums’ sounds. With this album they went with a more free-form and simplistic approach with line art by Jamal Finni.

The artwork on the records’ inner sleeves are line art in blue on white background and in white on black background.

The vinyl jacket of the album also features a line art against a white background of what seems to be a woman’s back who has black hair and is wearing an orange outfit.

To complete the more simplistic yet elegant look and feel of the album, the 13 tracks were pressed on standard black 12-inch vinyl records. 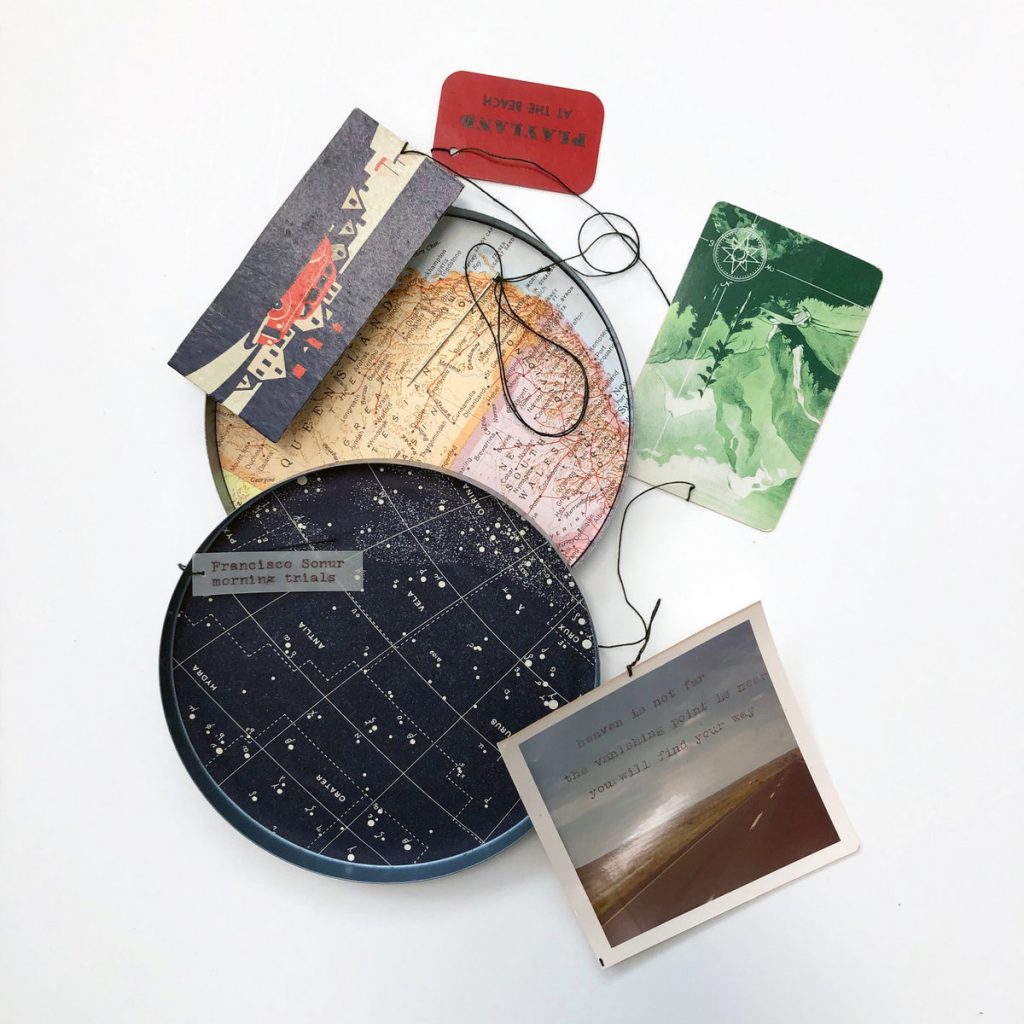 This is by far the most unique packaging on the list. Sonur’s Morning Trials’ limited edition only has 50 copies.

In the edition the CD comes with a 5-inch tin can with an assortment of antique looking travel oriented inclusions all strung up by a black thread that also goes through the lid and bottom of the tin can.

Additionally, a meaningful haiku is hand typed on a uniquely original road trip snapshot. The album surely is full of effort and love.

Thanks to Colin Herrick’s awesome idea, we got to have a uniquely packaged album. 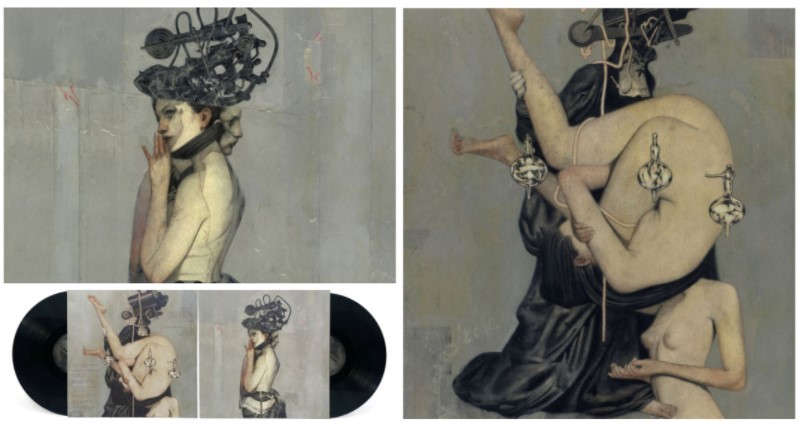 Mnemosyne is Carlos Morales’ debut album which is a mixture of ambient music, folk elements and Mexican music.

The title is named after the Greek goddess of memory and João Ruas muted color scheme for the artwork helped express the mood of the music exquisitely.

And with the album’s tracks pressed on standard black vinyl records, it just amplified the mood. 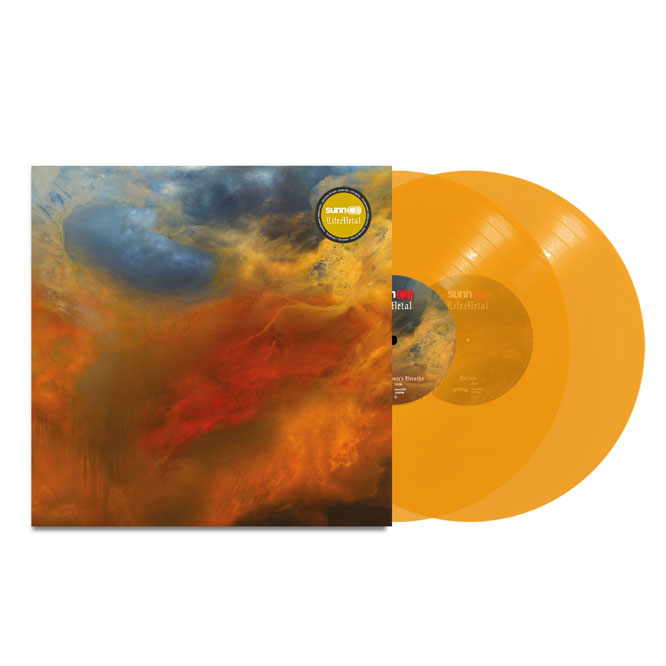 Sunn O)))’s album Pyroclasts is connected to volcanic eruptions and with the visuals of the vinyl album, you can really feel that energy.

The two 12-inch vinyl records of the album are housed inside jackets with Samantha Keely Smith’s painting.

It looks both magical and menacing, like a volcanic eruption. 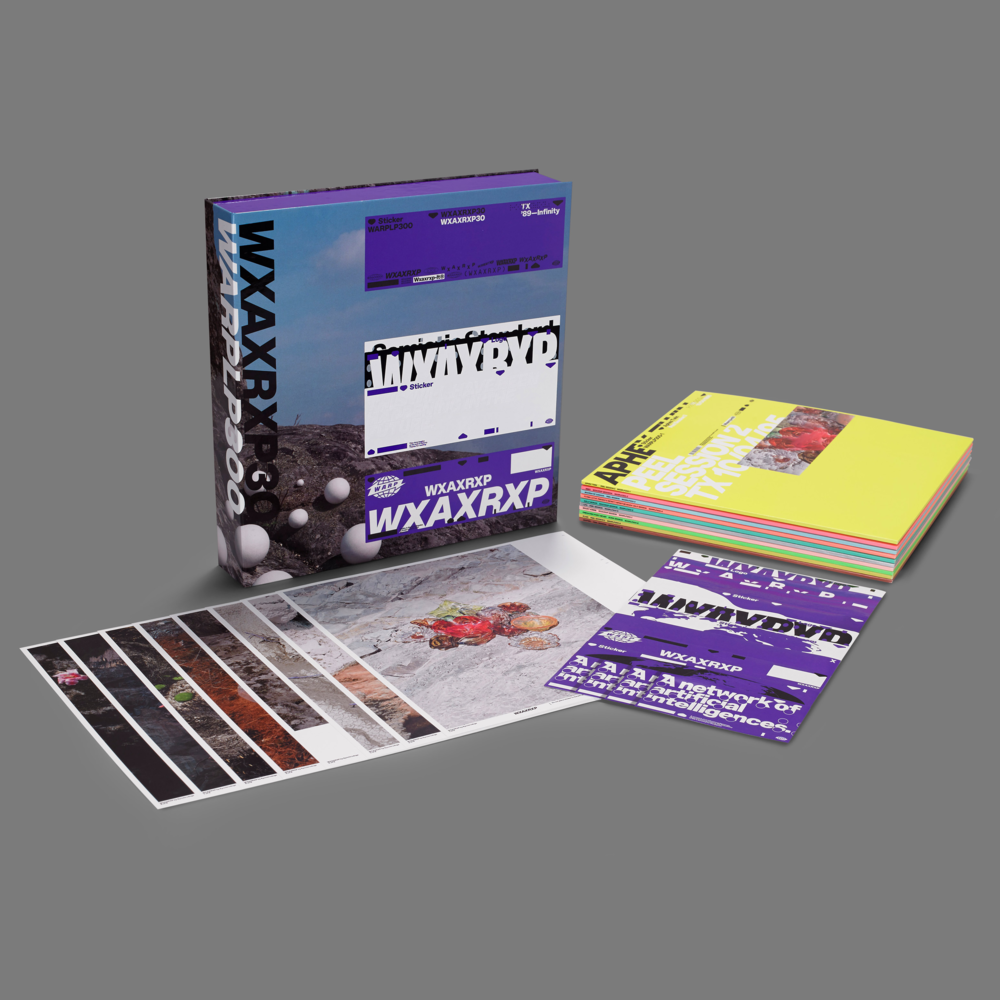 And last on the list is WXAXRXP box set which showcases a retro-feel design.

The box set features ten selected sessions recorded for the radio across the history of the label, so they will surely have good music.

This list has such great artists and designers working on the albums, don’t you think? What best music album packaging caught your attention the most?

Now that you know how to make exceptionally good-looking shirts, it’s time to look for a way to package your tees. Now, you want to have an attention-grabbing t-shirt packaging but  you want something that’s eco-friendly. Here are some eco-friendly t-shirt packaging you’ll surely love! Milky Tee Packaging design for an ethical brand of tee […]

I love white- white chocolate, white clouds, white polo shirt, white choco mocha, white carpets (as long as it’s not mine and I’m not responsible if it gets dirty). White just looks so clean, fresh and… milky. Stalked Erik Peterson on Pinterest again and checked his vinyl pinboard. And yes, it has plenty of white vinyl […]