Even if it’s an old format and even with its continuous rising popularity, I’m sure that not all audiophiles know all the facts and secrets of vinyl records.

More so those who are just starting to explore vinyl.

Well, then. Now let’s uncover six of those secrets that vinyl records hold.

#1. MOST VINYL ALBUMS BOUGHT ARE UNTOUCHED If you don’t believe me, try asking someone you know who bought a vinyl album lately and ask them if they’ve played it at all.

I’m pretty sure they’d be answering a big fat ass “NO”.

According to an ICB poll, there were 48% of people who buy vinyl records but do not listen to them.

Apparently, 7% of them did not even have a turntable to have it spinning. It suggests that they won’t be played anytime soon, especially with how expensive vinyl record players cost these days.

Another reason that we can pinpoint is the fact that most vinyl albums released today are accompanied with digital download codes.

Because of this, most people would use them instead of playing the vinyl record which would spend more time setting up as well as the possible threats to its mint condition.

There might be some buyers who buy the album thanks to the artwork it has and treat the record as some sort of decoration…which shouldn’t be the point of vinyl but hey, to each their own.

#2. VINYL RECORDS CAN BE DOUBLE GROOVED

You read that right!

Vinyl records can be double-grooved. This means that there are two grooves on the surface of one side of the record.

An example to this is the studio album Disco Volante by Mr. Bungle.

It had hidden tracks, one of them being Spy which was on a different groove together with Carry Stress in the Jaw.

Because of it being on the second groove, you will have to accurately place the needle to play and listen to it.

Awesome or not? I think it’s totally awesome!

Thanks to locked grooves, looping a certain section of a track or a certain sound is not impossible.

These locked grooves can be in the middle of the grooves or at its ends.

A great example of using these locked grooves wisely is Abba’s Like Old Friends Do, from their album Super Trouper, which had infinite applause in the end.

Another one would be the famous gibberish at the end of Side B of The Beatles’ Sgt. Pepper UK pressing.

#4. VINYL RECORDS CAN BE PLAYED INSIDE OUT

You know how the usual records were played from its outer grooves then to its inner?

Well, there were apparently some deviant ones where it was played from the inside out.

Two of these deviant vinyl records were released by the bands Fast Forward and The Haters.

The first band had a vinyl album with both of its sides playing inside out. If they are played the usual way, the needle will jump off the grooves.

For The Haters, they had one where it was double grooved with one playing the usual way and the other playing inside out which would meet on a locked groove in the middle.

#5. YOUR PLAYER SET-UP MIGHT DAMAGE BOTH THE RECORD AND THE PLAYER 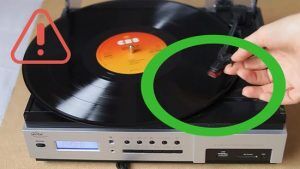 If you’ve just bought your record player, it would be best to make sure that you have set it up well.

Don’t just plug it in and give your vinyl record a spin. You have to step back and make sure that it has the right set up to avoid damaging your record and/or player.

Make sure that the record player is standing evenly, adjust the feet if you must. Be very wary of this, especially if you live in an old building where floors might not be totally straight.

Then make sure that your player is grounded which means that you will need a cable to connect the player with something metal.

This is necessary to ground any electrical voltage, if you don’t, you’ll be hearing additional noise or a constant humming.

Last is to make sure that the weight of the cartridge is distributed evenly and leveled out. If it’s too heavy it will wear down on the vinyl, but if it’s too light the cartridge will possibly jump when you walk by the player. 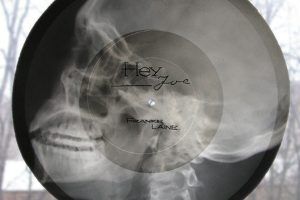 In the Soviet Union during the onslaught of war, censorship was a major part of citizens’ everyday life which included music.

Music abroad and genres that do not comply with the norms of the communist party were strongly suppressed.

But even when music production was heavily controlled by their government, music lovers were not one to just give up.

Instead of having these banned tracks on vinyl, they used x-ray films stolen from hospital garbage.

The x-ray films were cut into 7-inch circles, resembling a vinyl, then they made the center hole by burning through with a cigarette.

The grooves were cut with the use of old phonographs.

Now you’ve got to know the format better with these six vinyl secrets we’ve shared.

As I’ve said earlier, there are a lot of unknown surprises within the format. We admit that there are those that we don’t know of.

So if you think you know one, share it with us!

About Joshua Marc Levy: Joshua was born Jan 27- the same day as Wolfgang Amadeus Mozart and Lewis Carroll. He graduated SVA with honors in 1998 and worked in Entertainment Advertising and the Record Industry afterward. Shortly after leaving SVA, he won many awards including Young Guns, Art Director’s Club and a “First Place Student […]

The compressed shirt in a can is not only a very,very awesome idea for promoting your custom t-shirts line or event, it is also ideal for shipping because of its small size and ability to withstand abuse during transport. Here are some kick-ass examples of cans t-shirt packaging. I’d buy any shirt that has this […]