Music plays a very crucial role in horror movies as they create the mood and atmosphere. That is why filmmakers really take their time in finding the best score for their masterpieces. Take for example Dario Argento and the soundtrack for his classic Deep Red (Profondo Rosso).

He approached Pink Floyd but when he got rejected, he contacted the jazz composer Giorgio Gaslini. But then, he found his output awful and proceeded to find another musician until he’s happy. This level of meticulousness and obsession is necessary because music and audio are half of any movie. Without it, horror movies would be too meh.

That is why it isn’t a surprise there are so many horror movie vinyl records sold today that have really catchy vinyl record sleeves. 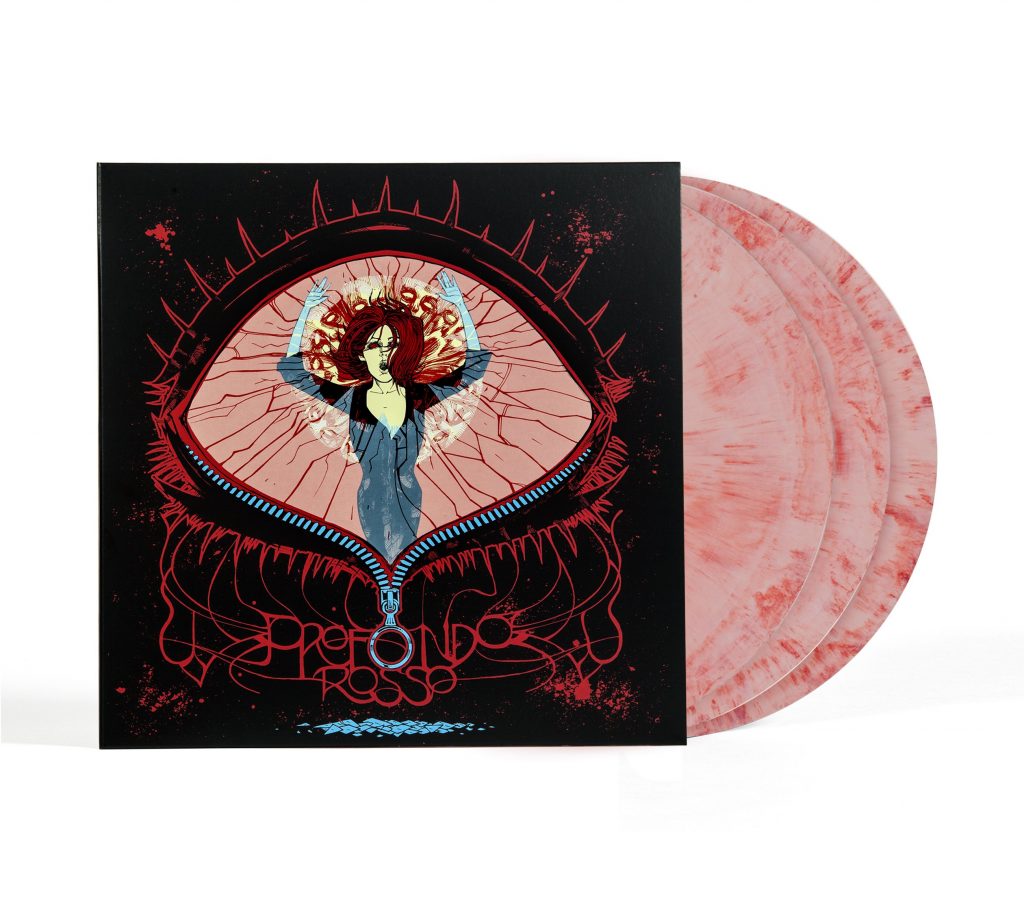 First on our list is of course, Profondo Rosso or Deep Red by Italian giallo film director Dario Argento. It is about a musician who investigates a series of murders performed by a mysterious figure wearing black leather gloves.

A cult classic horror film about a musician requires a really neat-looking vinyl. The pink and red splatter looks so girly like lipstick and strawberry but when put side by side its badass custom vinyl record sleeve, it gives us the blood and murder vibes. 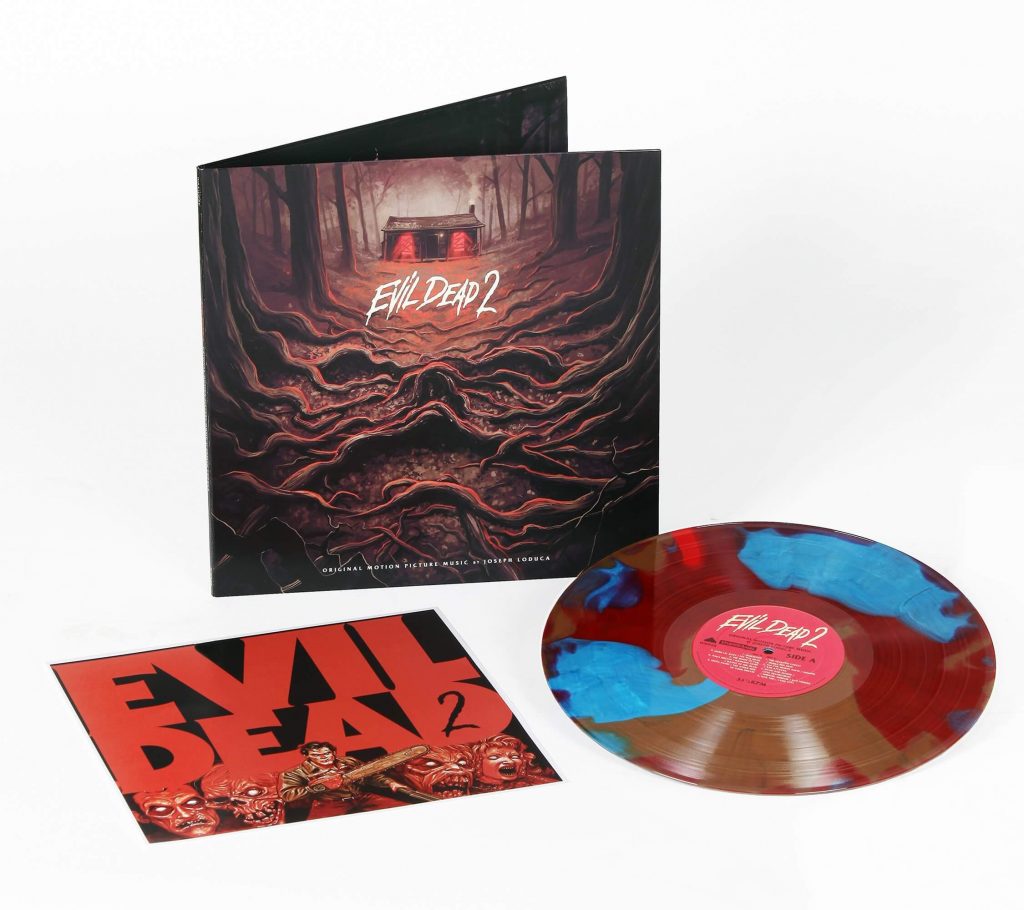 The second of three films in the Evil Dead series is part horror, part comedy, with Ash Williams (Bruce Campbell) once again battling horrifying demons at a secluded cabin in the woods. After discovering an audiotape left by a college professor that contains voices reading from the Book of the Dead, Ash’s girlfriend Linda (Denise Bixler) becomes possessed by evil spirits that are awakened by the voices on the tape. Ash soon discovers there is no escaping the woods.

The vinyl album release by Waxwork Records is a reissue of the film’s soundtrack to celebrate its 30th Anniversary. The album comes with a gatefold jacket printed with newly commissioned artworks and either a muddy blood colored or Oldsmobile yellow colored vinyl record. What I love about the artwork is the composition of the photo and of course, the hidden face which only fans can identify. 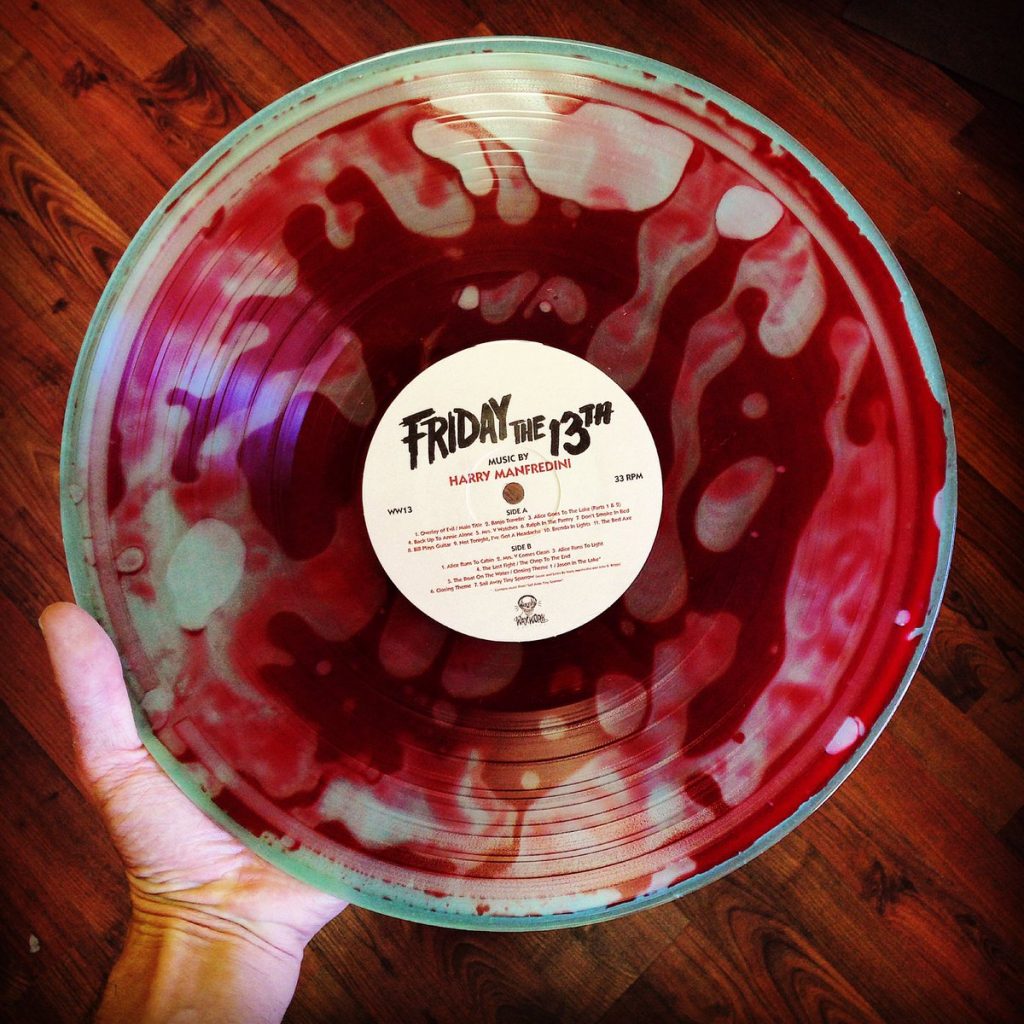 A true classic. Its plot follows a group of teenage camp counselors who are murdered one by one by an unknown killer while attempting to re-open an abandoned summer camp.

Waxwork did another great job with Friday the 13th film’s complete soundtrack vinyl album. It was released in 2014 with clear vinyl and fake blood in it that would move when moved around. Definitely worth having if you’re a Freddy fan. 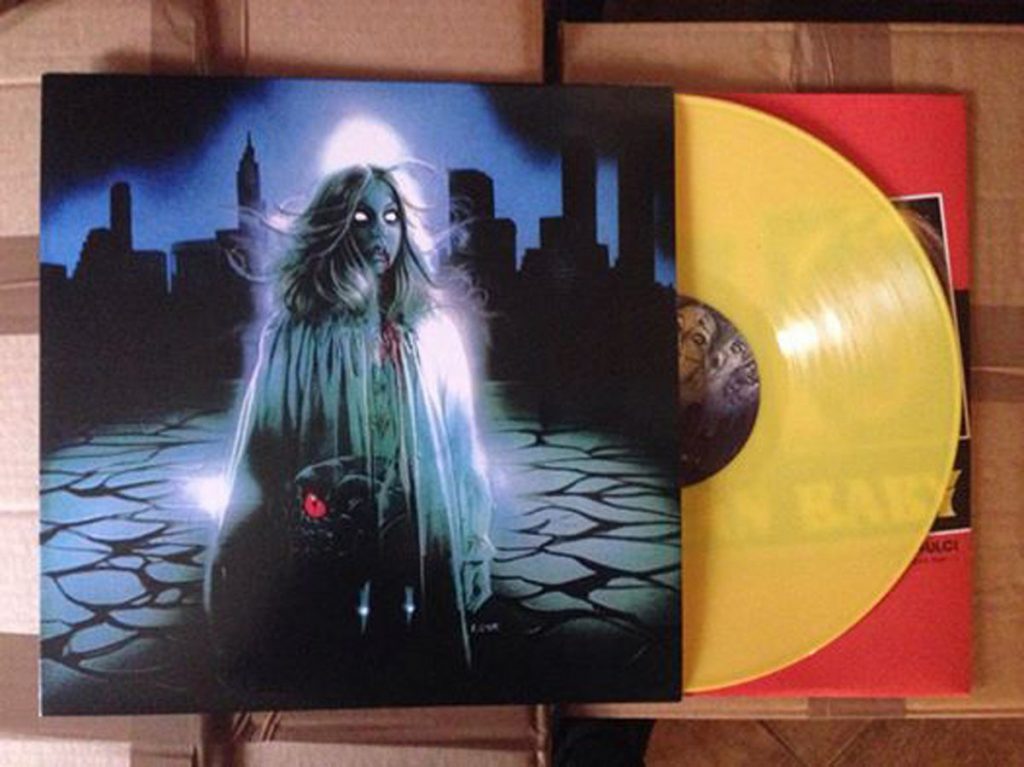 A young girl on vacation in Egypt is given a mysterious charm, causing her archeologist father to be struck blind inside an unexplored pyramid tomb. But, when the family returns home to Manhattan, a plague of supernatural evil and sudden violence follows. Can this ancient curse be stopped before it is unleashed on the streets of New York City?
This 1982 original soundtrack written by Fabio Frizzi for the film “Manhattan Baby” is the first release of Subsound Records’ sublabel SUB OST. It was released in May of 2016 with a limited 12 inch 180g vinyl record, a deluxe cover, and printed inner sleeves that includes many original artworks.  ________________________________________________________________________ 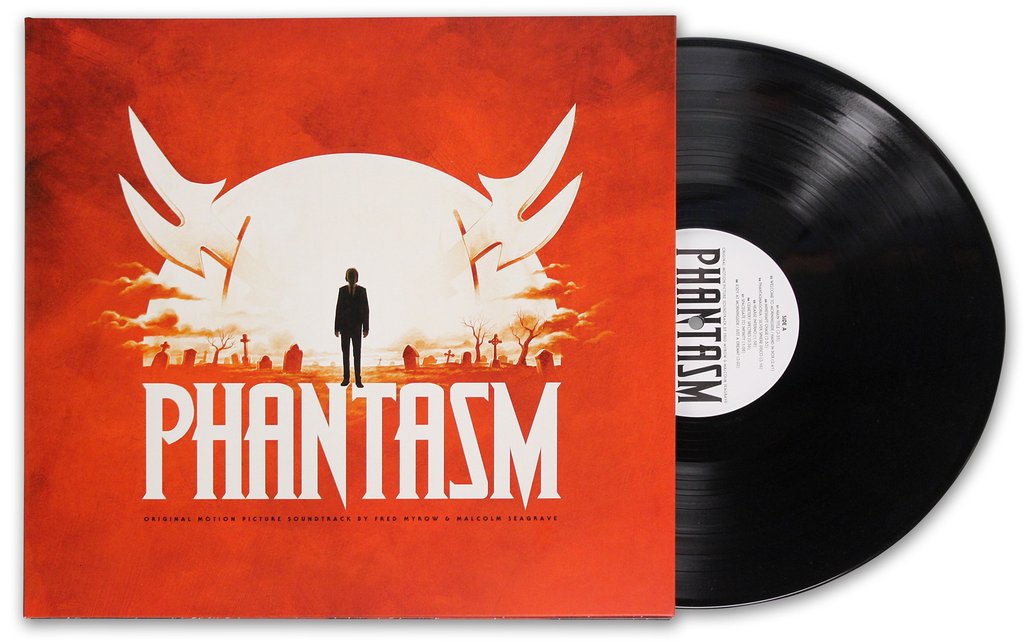 Phantasm is about the Tall Man, a supernatural and malevolent undertaker and the main antagonist who turns the dead into dwarf zombies to do his bidding and take over the world.

The OST was composed by Fred Myrow and Malcolm Seagrave which was reissued by Mondo Music. The vinyl album has a new artwork by Phantom City Creative on its jacket and a 180g black colored vinyl records. 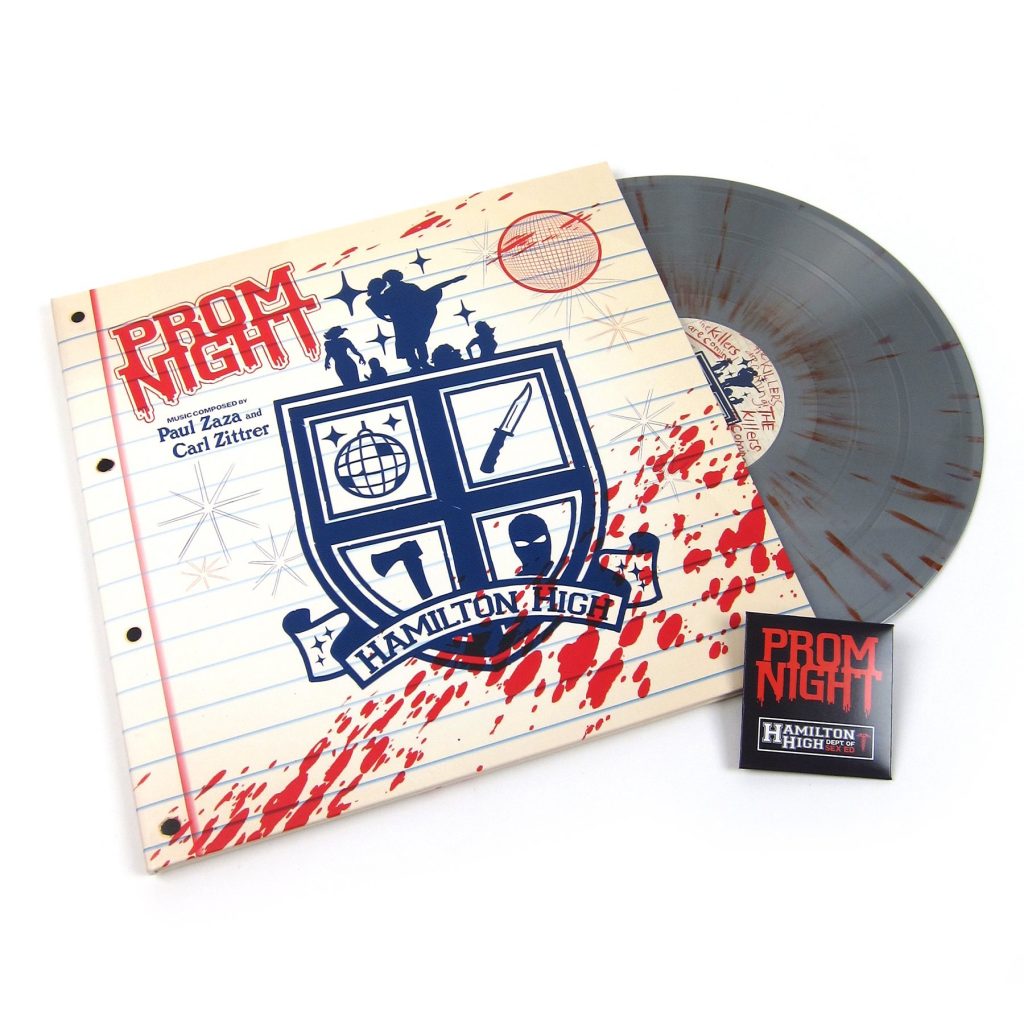 The plot follows a group of high school seniors who are targeted at their prom by a masked killer seeking vengeance for the accidental death of a young girl six years earlier.

The soundtrack vinyl album has limited units of 650 with a gatefold jacket, a blood bath colored vinyl, and a tuxedo black branded condom along with it. The disco songs have been  cut in 45 rpm records to improve base response. 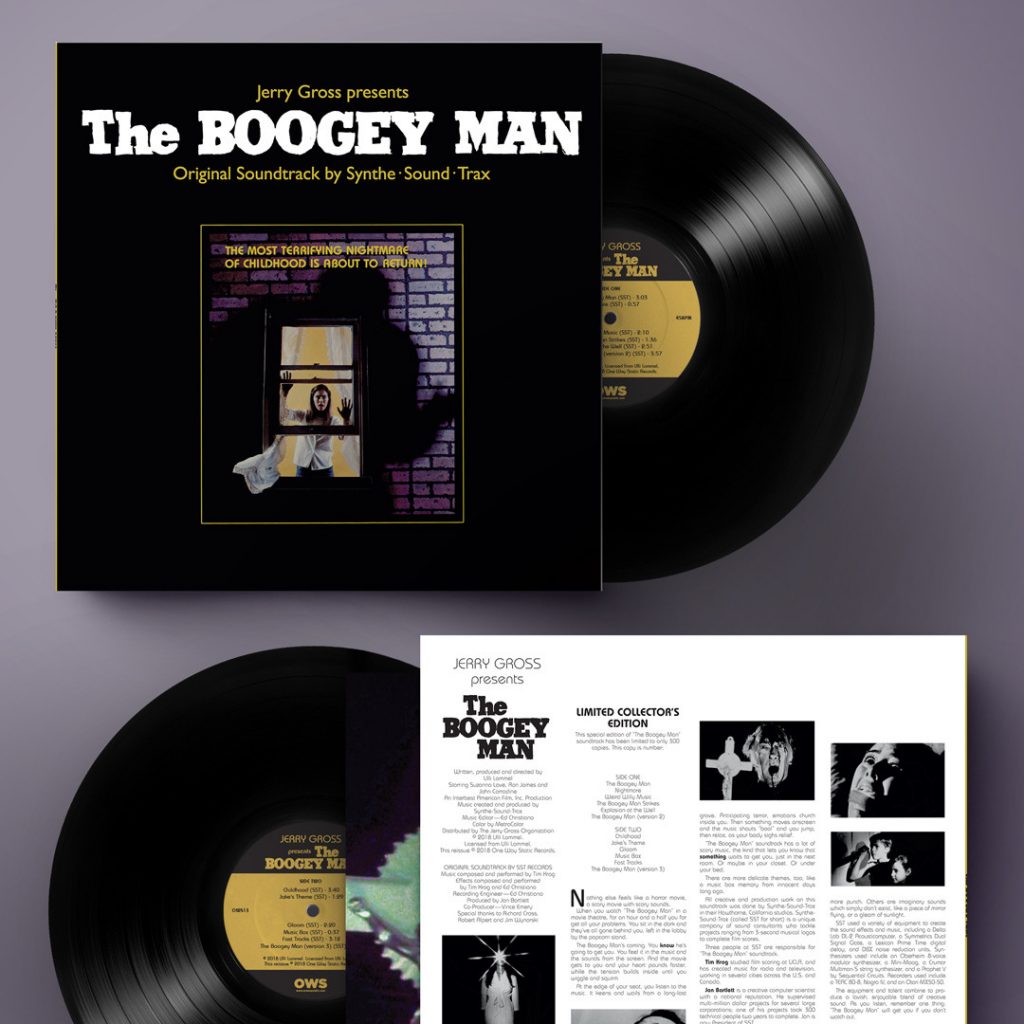 The film is a take on the classic “boogeyman“, or monster in the closet, who is the main antagonist of the film. The plot concerns a young man, Tim Jensen, who must confront the childhood terror that has affected his life.

The film’s soundtrack vinyl album is a limited deluxe edition with 900 copies. 300 of which are in classic black just like the picture above, and the other 2 sets of 300 are in transparent purple and highlighter yellow. All these copies have inserts that contain extensive and exclusive liner notes from the films’ casts. 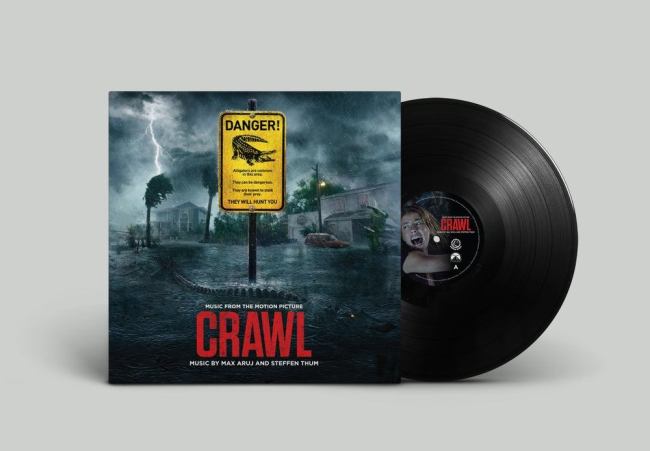 The film tells the story of college swimmer Haley (Kaya Scodelario) and her father (Barry Pepper) being terrorised by alligators while they are stuck in the crawl space of their Florida home during a Category 5 hurricane.

The 2019 film’s soundtrack is exclusive for the vinyl format as it is not available in any other format. The soundtracks by Max Aruj and Steffan Thurn are pressed on black colored vinyl. 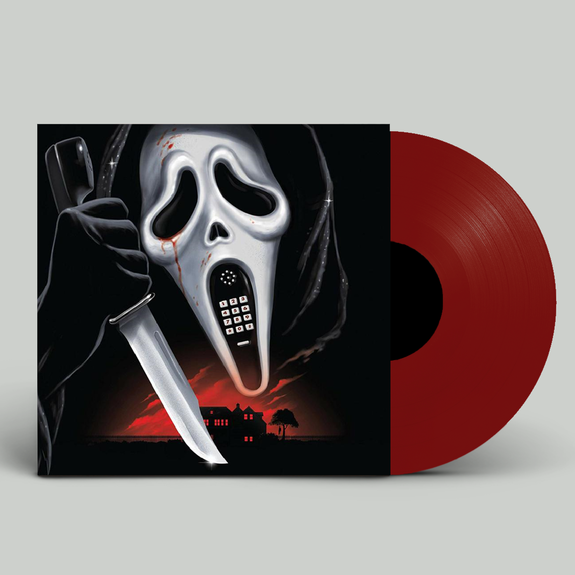 The film opens with young Casey Becker (Drew Barrymore) recieving phone calls from an unidentified caller. At first it seems as if he has gotten a wrong number, but it soon becomes clear he is toying with her, and his voice gets more and more threatening.

The two vinyl album editions for soundtracks of the films “Scream” and “Scream 2” have previously been sold out in markets. In 2019, a third vinyl album edition of the said films have done it again, with a single red vinyl record. 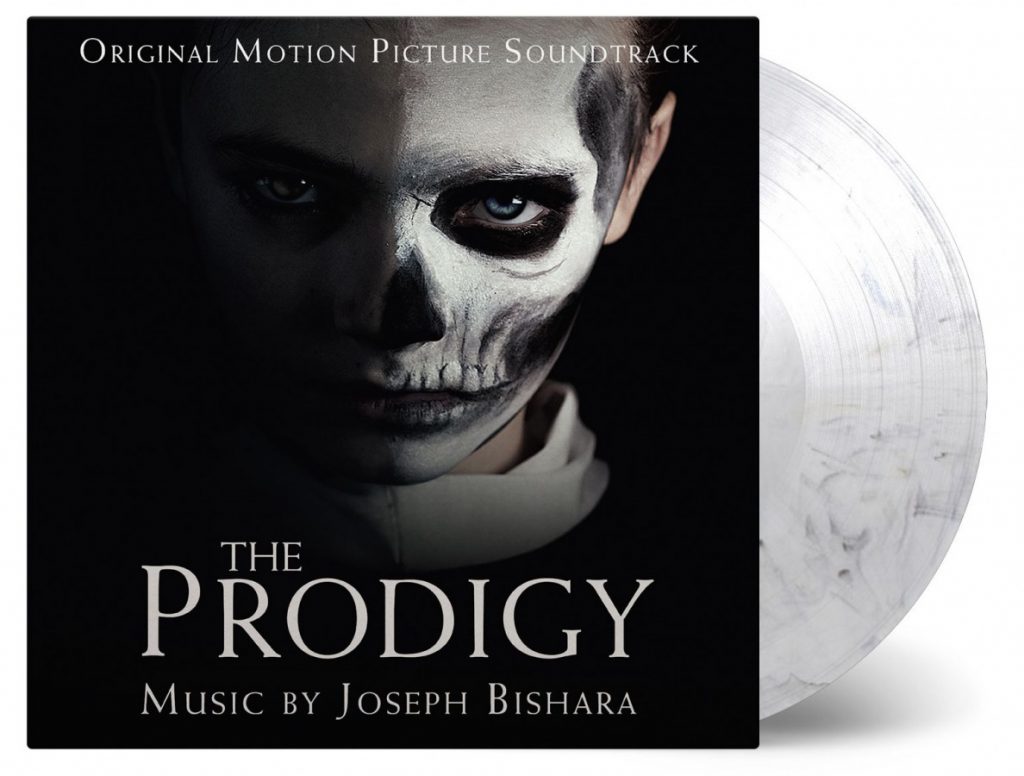 The 2019 released horror film The Prodigy centers around a mother who is concerned about her young son’s disturbing behavior. The music for the movie is composed by Joseph Bishara (The Conjuring, Annabelle).

The vinyl album is a limited edition of only 500 copies. Its score composed by Joseph Bishara was pressed on a 180g black and white marble colored vinyl record. It has a printed inner sleeve, an exclusive movie poster, and a PVC protective sleeve. 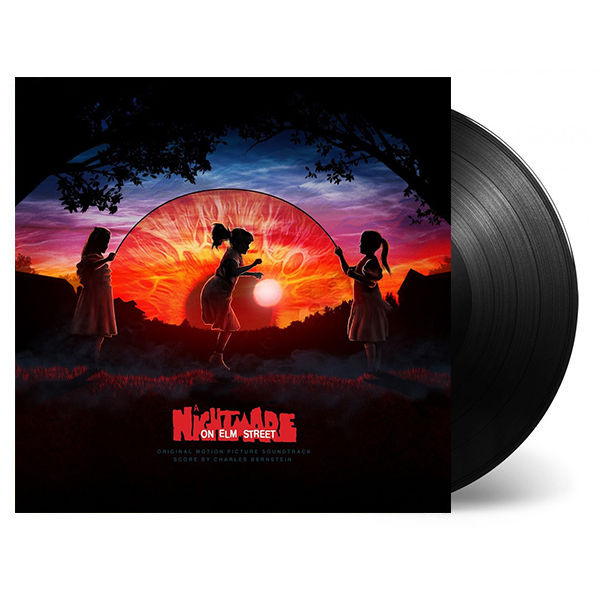 A Nightmare on Elm Street is a 1984 American supernatural slasher film written and directed by Wes Caven and produced by Robert Shaye . The plot concerns four teenagers living on one street in the fictitious town of Springwood, Ohio, who are invaded and killed in their dreams, and thus killed in reality, by a burnt killer with a bladed leather glove.

The soundtrack vinyl album was released by Death Waltz Recording. Its vinyl jacket has Mike Saputo’s artwork printed on it with a 180g black vinyl record where Charles Berstein’s memorably creepy scores are pressed. 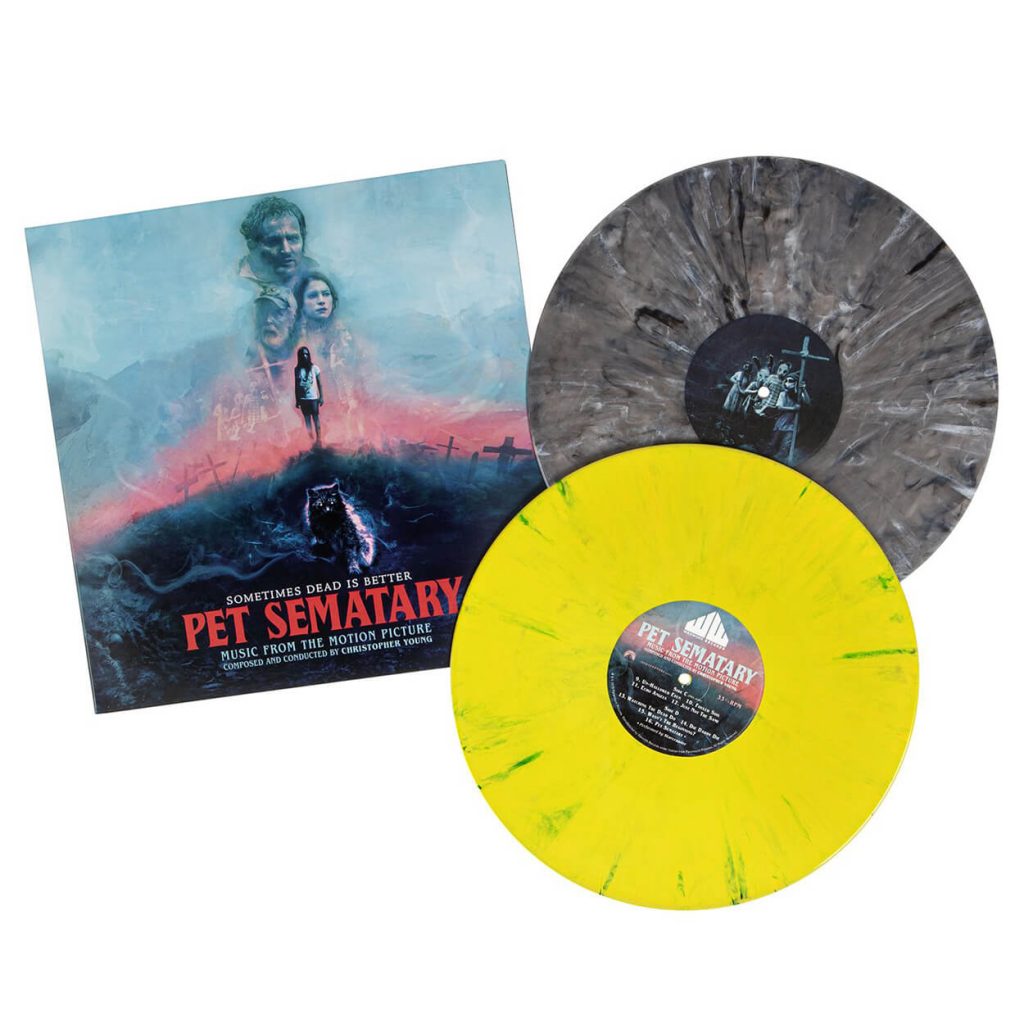 Pet Sematary is a 2019 supernatural horror film adaptation of the popular 1983 novel of the same name by author Stephen King. The story follows a husband and wife that move with their young son and daughter to a new home in Maine. After the accidental death of their daughter soon after settling in, the grieving father exhumes her and buries her in a burial ground known to bring loved ones back from the dead.

Another release from Waxwork which was released in 2019. The vinyl album is in a deluxe packaging with two 180g vinyl records, one in gray and one in yellow. The album also contains 11″x11″ sized inserts and composer liner notes. 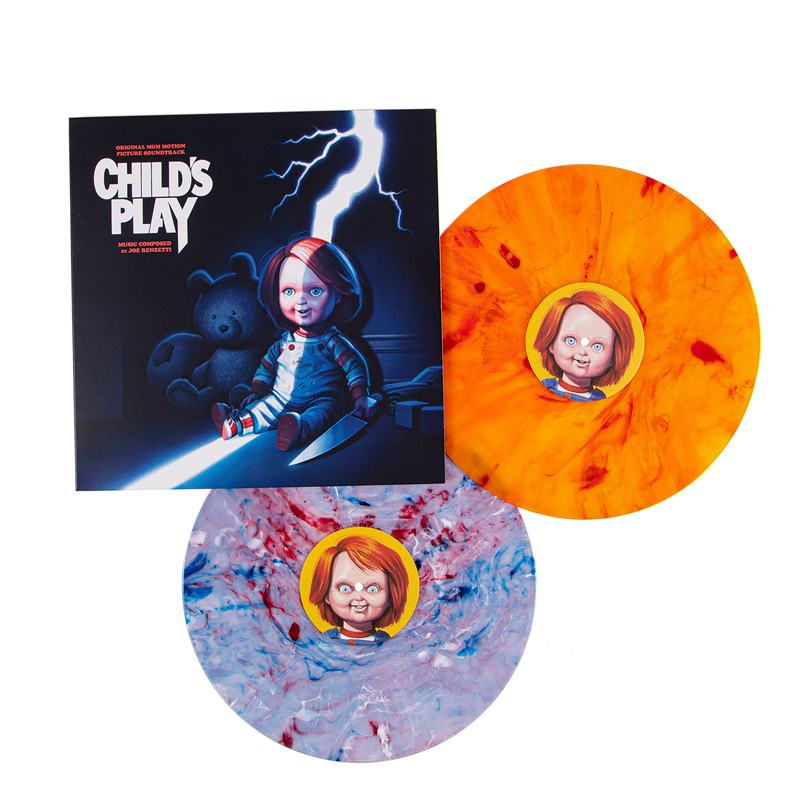 Before Chucky, Before the Bride of Chucky…there was just Child’s Play. Boy, this toy has haunted us and scarred our childhood. It is about a creepy-faced doll called Chucky which is possessed by the spirit of a serial killer.

And we have another soundtrack vinyl album release from Waxwork. The album has two vinyl records one in orange with a little bit of red and one in white with a mixture of red and blue. Both have Chucky on the center part with one smiling like a good doll and the other smirking like a crazy killer. 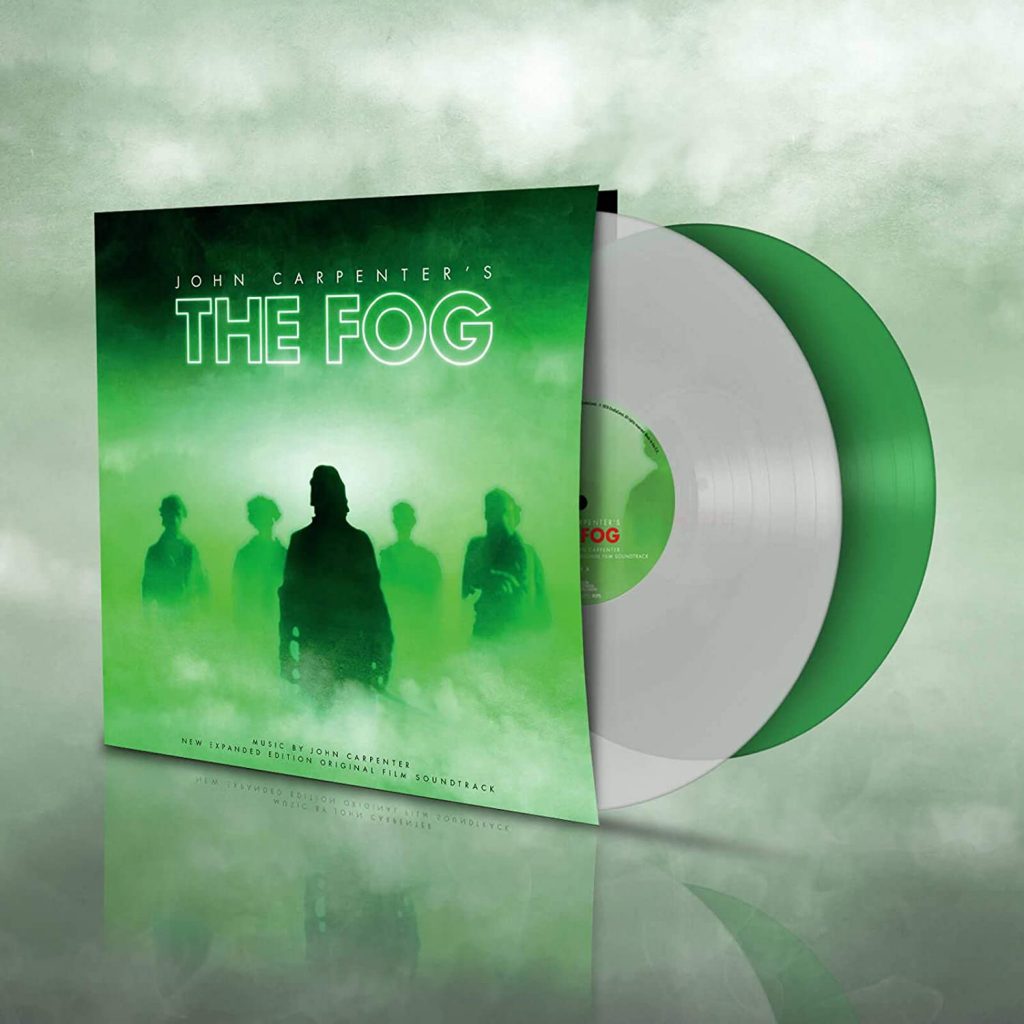 The Fog is a 2005 American supernatural horror film directed by Rupert Wainwright and starring Tom Welling, Selma Blair, and Maggie Grace. The film tells the story of a strange fog that sweeps in over an island town off the coast of Oregon, bringing with it the vengeful spirits of mariners who were murdered there 134 years prior.

The vinyl album is a release for the film’s 40th Anniversary. It has vinyl records, one in white and the other in bright green. 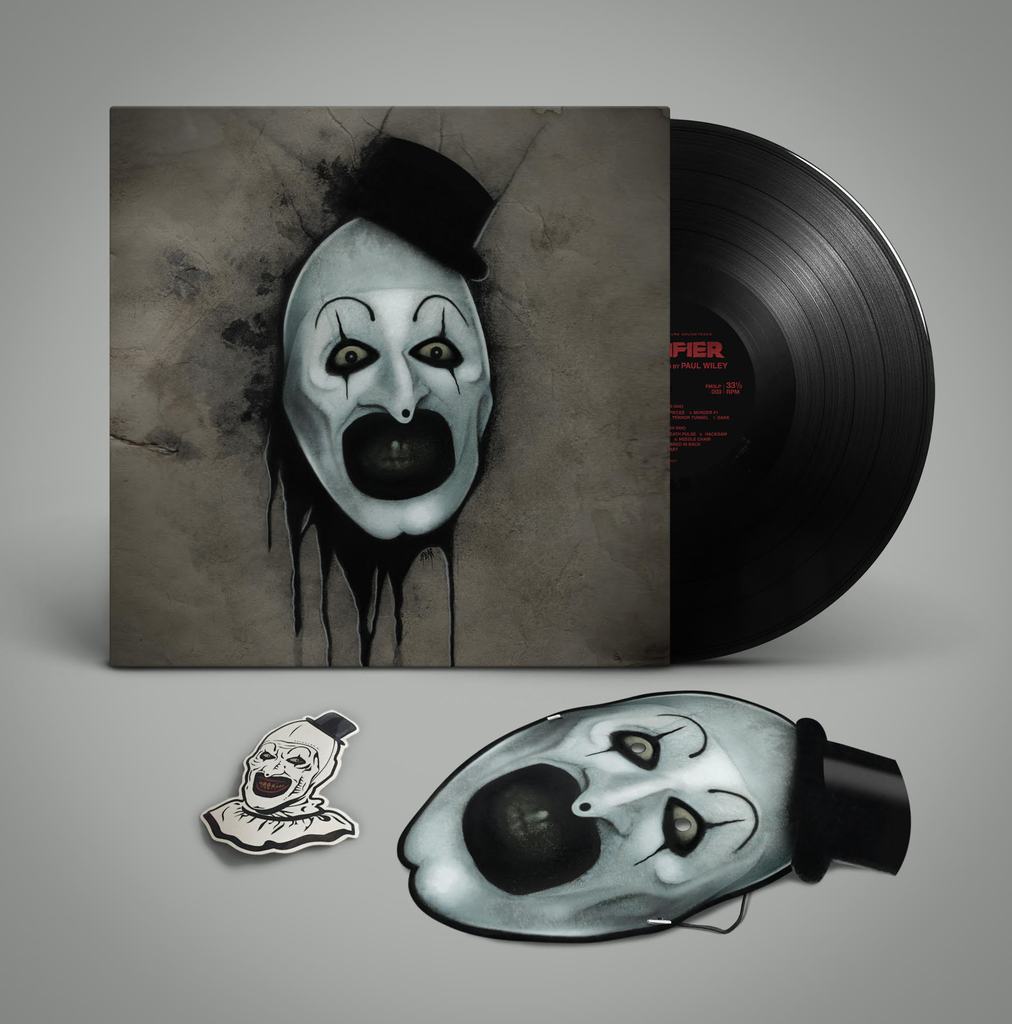 Terrifier is a slasher movie about an evil killer clown. Blood and gore are extremely strong, and the violence against women is disturbing. On Halloween night, Tara Heyes finds herself as the obsession of a sadistic murderer known as Art the Clown.

The soundtrack vinyl has a jacket with jFEAR’s original artwork and a vinyl sticker. It’s scores which were composed and performed by Paul Wiley were pressed on heavyweight black colored vinyl records. 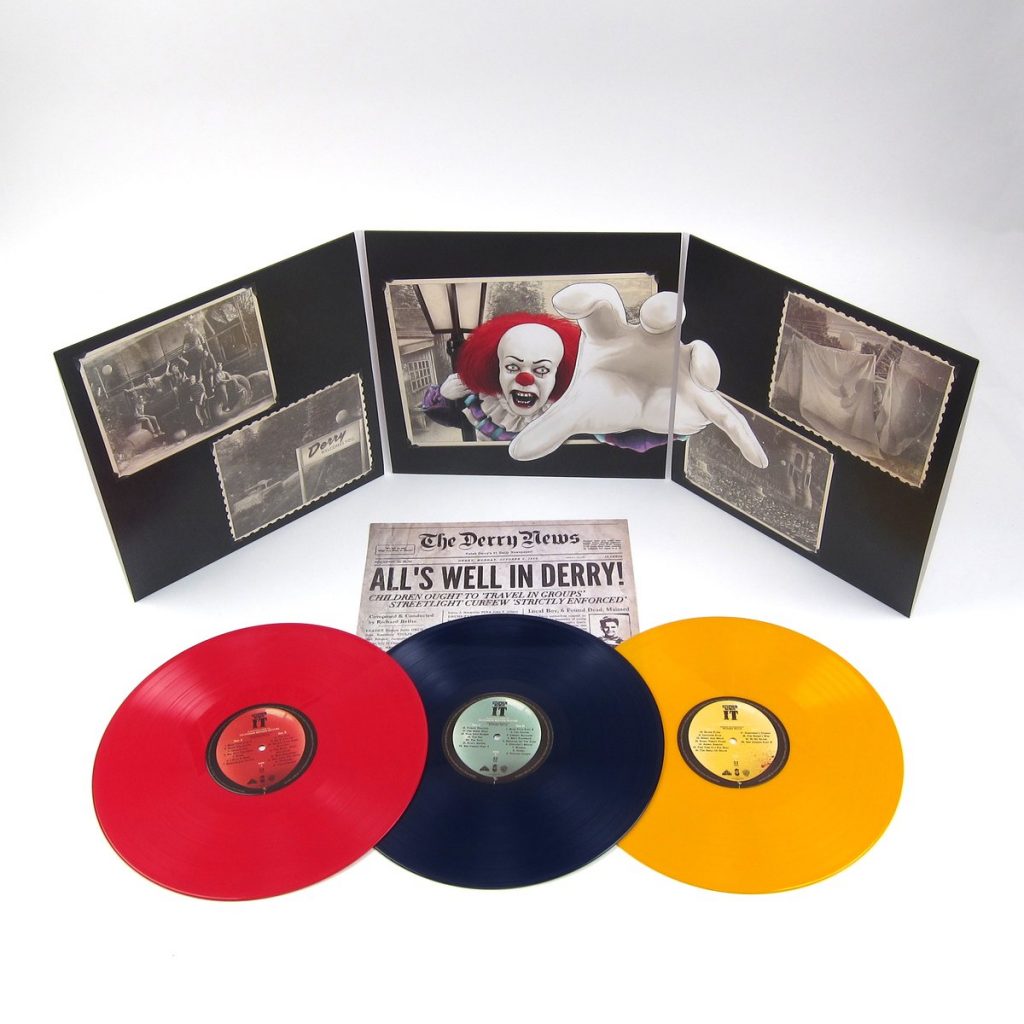 It, retroactively known as It Chapter One, is a 2017 American supernatural horror film based on Stephen king’s 1986 novel of the same name. The film tells the story of seven children in Derry, Maine, who are terrorized by the eponymous being, only to face their own personal demons in the process.

The vinyl album has three 180g vinyl records colored red, blue ,and yellow in its tri-fold jacket. It also has a 12×12 inch printed inserts. 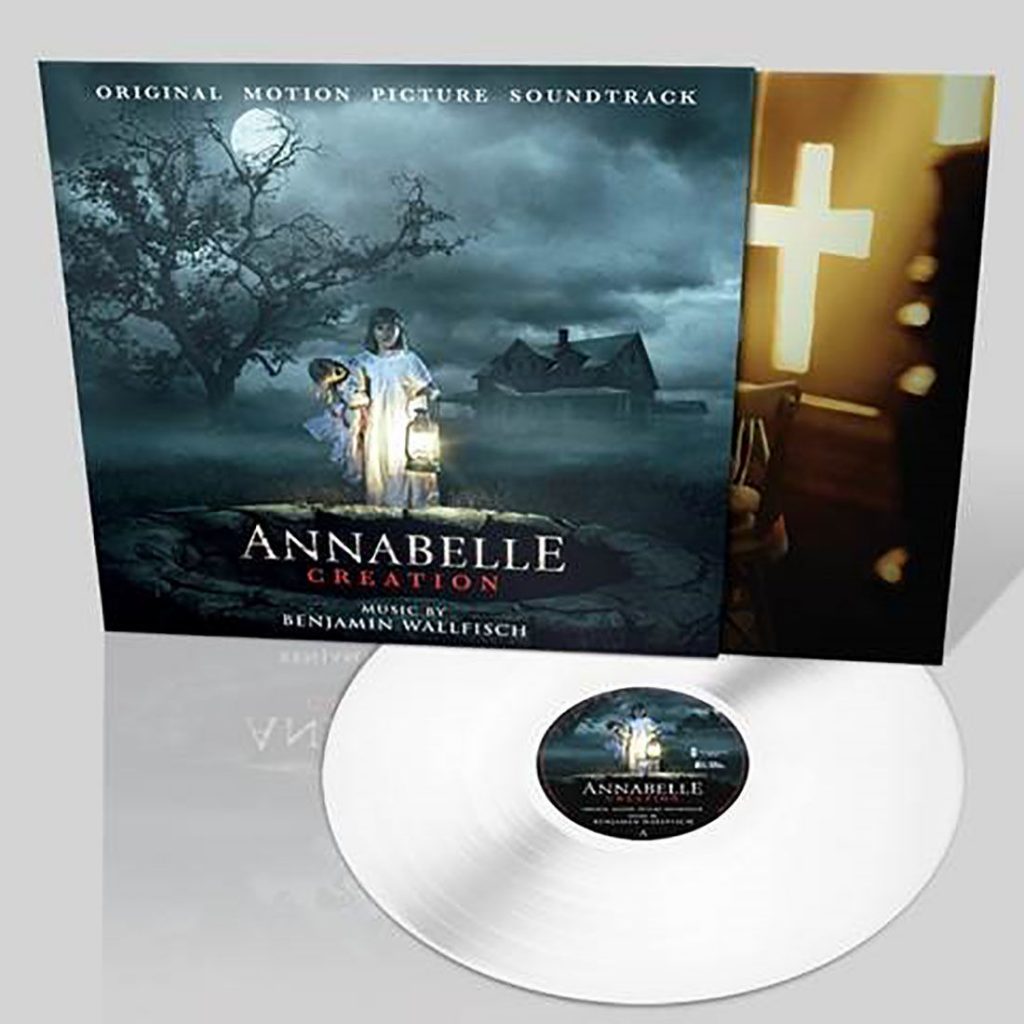 Twelve years after the tragic death of their little girl, a doll-maker and his wife welcome a nun and several girls from a shuttered orphanage into their home, where they become the target of the doll-maker’s possessed creation, Annabelle.

The soundtrack vinyl was released in 2017 by Silverscreen with Benjamin Wallfisch scores pressed on silver white vinyl record. It also includes a printed inner sleeve which is a still from the film. 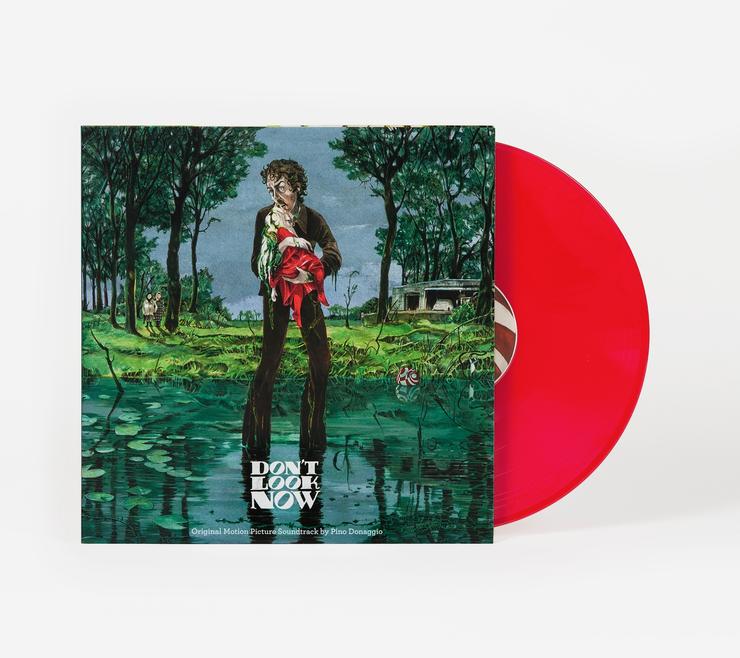 One of the greatest movies ever made and a firm favourite on Horror, Nicolas Roeg’s 1973 horror film Don’t Look Now still retains the power to shock 44 years after its release and over that time has established itself as a seminal work in that genre. Julie Christie and Donald Sutherland star as a married couple mourning the death of their young daughter, clinging on to her memory through a meeting with a mysterious psychic in Venice.

Pino Donaggio’s composed score for this film’s soundtrack is pressed in solid bright red vinyl. Along with the bright red vinyl record is the vinyl jacket that gives emphasis on the bloodied child on the center of the artwork. 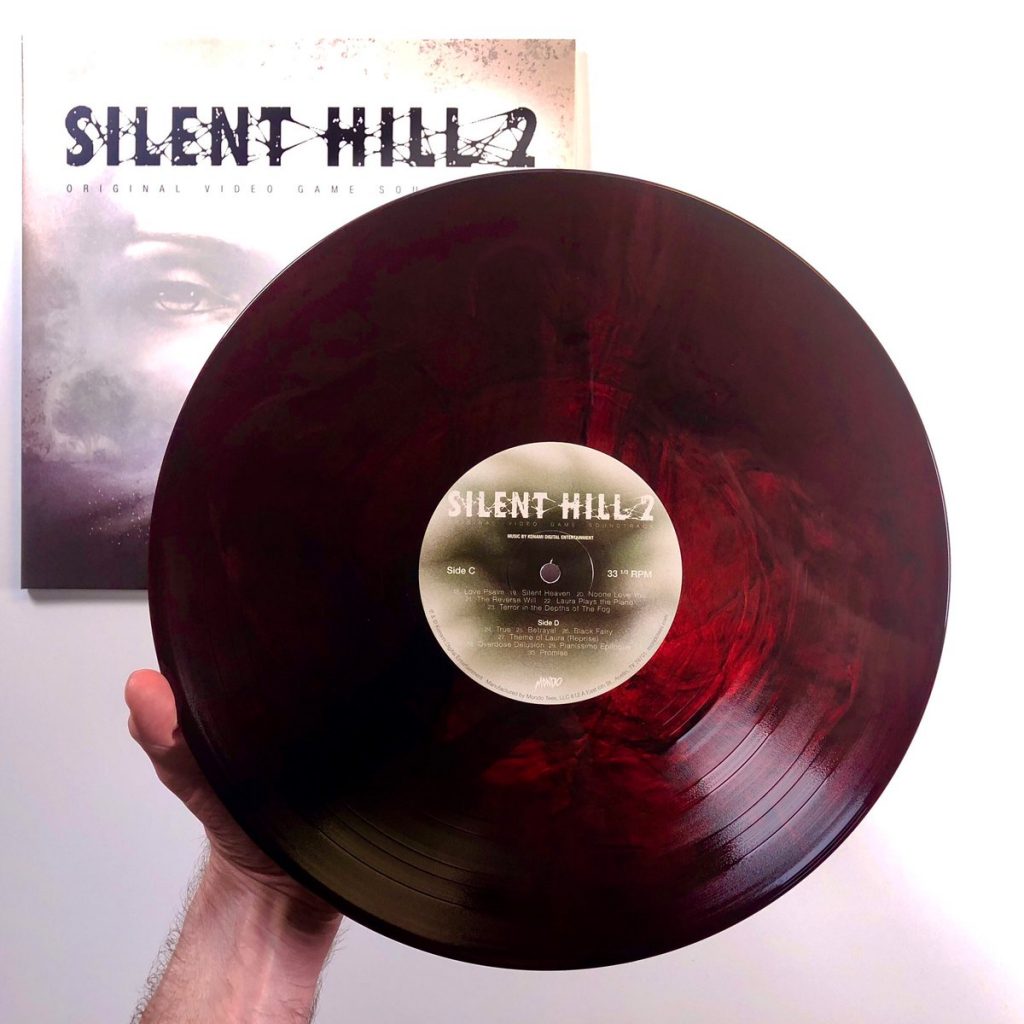 You might be wondering if releasing a physical version of your album would be a successful one. You’re not the only one though. Many people from the music industry do, especially during this age of digital streaming. Digital streaming has been taking over music sales since 2005 and it surpassed physical sales last 2015 and […]

Are you looking for a great way to make your vinyl record more creative?  Allow us to help you get creative with vinyl record pressing. There are tons of ways to design the actual vinyl record like having multicolored vinyl records, records that glow in the dark, or maybe vinyl records in different shapes.  However, […]