We all love good music but what seals the deal when it comes to album purchase is a really good-looking vinyl packaging especially for vinyl box sets. That’s what makes it worth it. Otherwise, might as well download the album, right? A good box set makes us feel like we own a treasure so the quality of the audio shouldn’t be the only concern. Aesthetics and design matters. Check out these beautiful vinyl box sets that are as awesome (and even MORE awesome) than their music:

Ozzy Osbourne Vinyl Box Set – See You On The Other Side 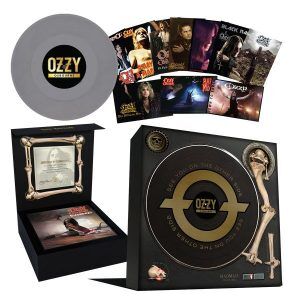 The vinyl box set looking like a vinyl player with bones and skulls surely represents the good old Prince of Darkness. Topped with the frame of bones enclosing the individually numbered vellum certificate of authenticity hand-signed by Ozzy himself, the vinyl box set is such a steal. 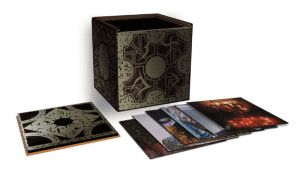 This vinyl box set is literally a hellraiser. With the hellish-looking design on the box and the pictures from the films different scenes printed on the covers, Hellraiser’s original soundtracks just got even more eerie. What’s more is that the box is wooden and it has liner notes from its author and director Clive Barker. 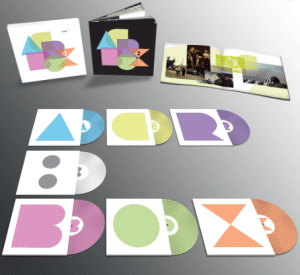 A Certain Ratio aka ACR released a vinyl box set as a celebration for their 40th anniversary. The set has 7 different vinyl records packed with a compilation of singles and b-sides released by the band throughout the years. As seen in the picture above, the covers and the middle of the custom vinyl record pressing is printed with the letters and symbol A, C, R, :, B, O, X. It is a very simple geometric design, but the colors make them alive. 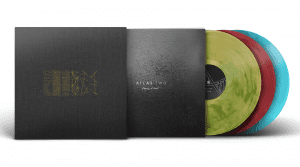 Atlas: II vinyl box set is composed of 3 vinyls with random colors and 25 songs inspired by Involuntary Human Development. The vinyls look velvety with its little marks. And the black box is printed with abstract gold lines while the black sleeve is printed with silver text of the word “Atlas: II”. 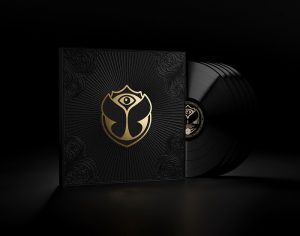 Tomorrowland is a Belgian electronic dance music festival and this vinyl box set was released to celebrate its 15th anniversary last 2019. The set is very contradictory to the festival, because as colorful and bright as the festival can was, its how dark and mysterious the vinyl set was. The black cover has some grooves on the surface and at the center is a logo in gold foil, making it look expensive and classy. 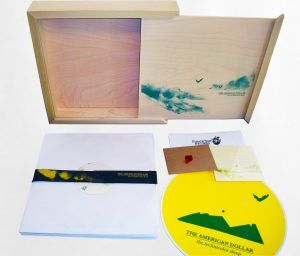 This vinyl set comes in a wooden vinyl case. Now if this isn’t elegant, I don’t know what is. 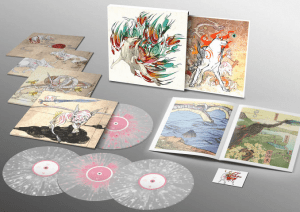 Okami is a Nintendo game and it released a vinyl set with the video games soundtrack. The vinyl set looks very majestic with the beautiful artworks on the cover and the cute pink and white splatter on the clear vinyl makes it stand out from the shelf. 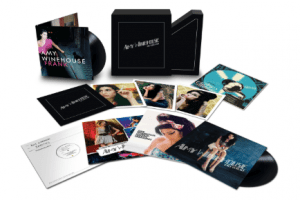 This vinyl set was released in commemoration of the late Amy Winehouse. The box set looks great with the box made like a paper organizer that you put on your desk. The design on the cover is very simple and is plain black and white but the covers of the vinyl are very colorful and lively, somehow complementing the blackness. 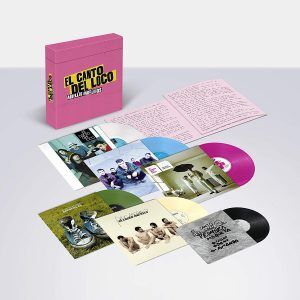 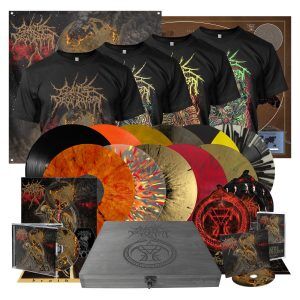 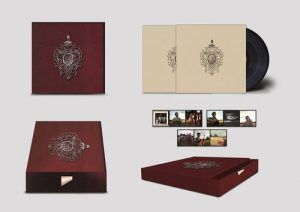 As a celebration for the 10 year anniversary of their debut album “Sigh No More”  — which, mind you, received a Brit award and was nominated in the Grammys — Mumford & Sons released a Limited Edition 7″ Collectors Boxset with very elegant colors and design. 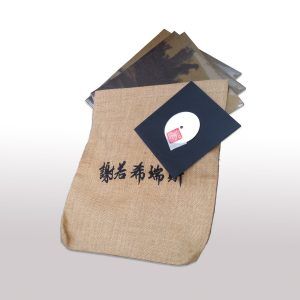 Experience traveling through time and Chinese music with Onra’s Chinoseries Trilogy complete with a screen-printed tote bag. Simple and matches the music perfectly. 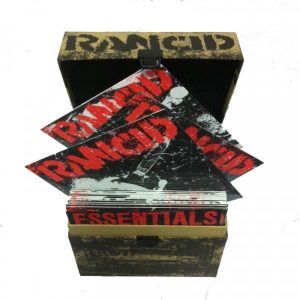 As a commemoration for the band’s 20th Anniversary, they’ve released a box set with almost all of the band’s discography. Any fan would like to own this badass set. 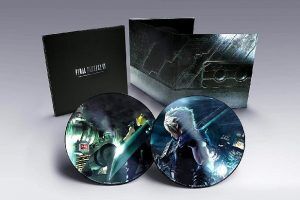 Fans of the role-playing game Final Fantasy VII there will be a remake of the game and the vinyl set on March 3, 2020. This vinyl set will surely let you gamers out there reminisce the emotional plot of this game. 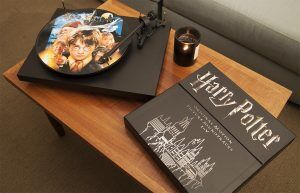 A beautiful set of books, with an awesome set of movies. Now, J.K. Rowling has presented us with a set of soundtracks in the classical vinyl set. With the box in classy pitch black color while the Castle of Hogwarts and Harry Potter printed in silver and gold, Potterheads can surely relive the memorable scenes from the movie. 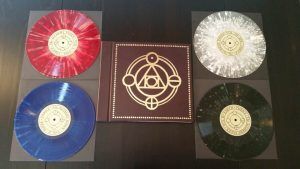 The maroon box printed with a gold design clearly screams the magic of alchemy, topped with the four vinyl sets representing the four elements: Fire, Water, Earth and Air. 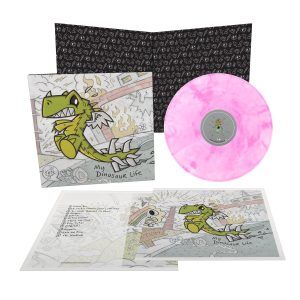 My Dinosaur Life is released by American rock band, Motion City Soundtrack. It has different colors for the vinyl disc and they all come in swirly designs. The disc’s color and the cute artwork for the cover, it somehow contradicts the band’s rock image, which is a recipe for cool.

With the game set in a proxy war between machines made by ethereal beings and the rest of what is left of humanity, the artwork for the vinyl box set surely gives an eerie feeling, especially the weird smiling face on the first cover.

Mayhem – A Season in Blasphemy 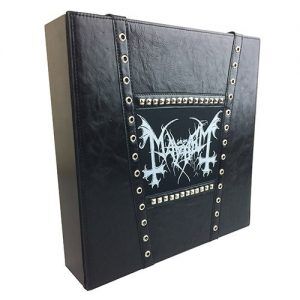 With its name printed in a very devilish style with the clear cut leather on the wood box and the leather straps with rings and pyramid studs, you can somehow imagine the rock band right? With the dark and somehow hellish history they have, you can expect an awesome but hellish set of tracks. 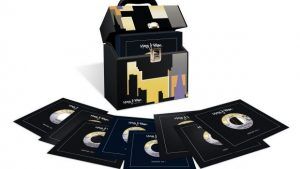 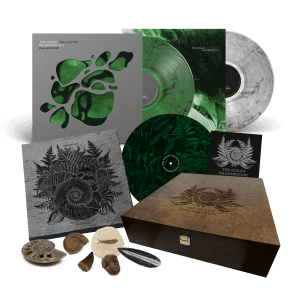 The missing connection between the albums Precambrian and Heliocentric/ Anthropocentric has come! With the wooden box engraved with a fossil like design, the sleeves looking like stolen prehistoric artifacts, and the vinyl discs itself looking like nature has made them, we cannot deny that this has been by far the most creative idea! 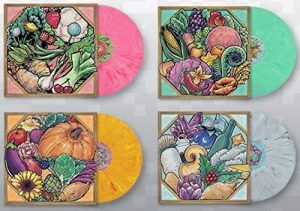 This vinyl box set has the soundtracks of Stardew Valley complete with 4 different custom vinyl record discs for each season: Spring, Summer, Autumn and Winter.

If you’re about to have vinyl pressed, we’re here for you. Send us an email at [email protected] or fill out an Instant Quote form to get an idea of the cost and turnaround times of our vinyl manufacturing service.

Marina and the Diamonds takes it back to the 90s/00s with new scratch-n-sniff vinyl records for her upcoming album “Froot.” The vinyl box set will contain six 7″ vinyl records, each with a different fruity scent. We’re guessing kiwi, blueberry, plum, strawberry, orange, lemon. Releasing a scented album is not new. It’s been done before like […]