The pandemic has made it difficult to make any predictions but luckily, there are music industry pros with good experience, good sense, and powerful crystal balls.

They’ve been studying trends in music and they know how things work on the ground (and online!), so their predictions are the most legit.

Let’s see how they imagine 2022 will be like for music! 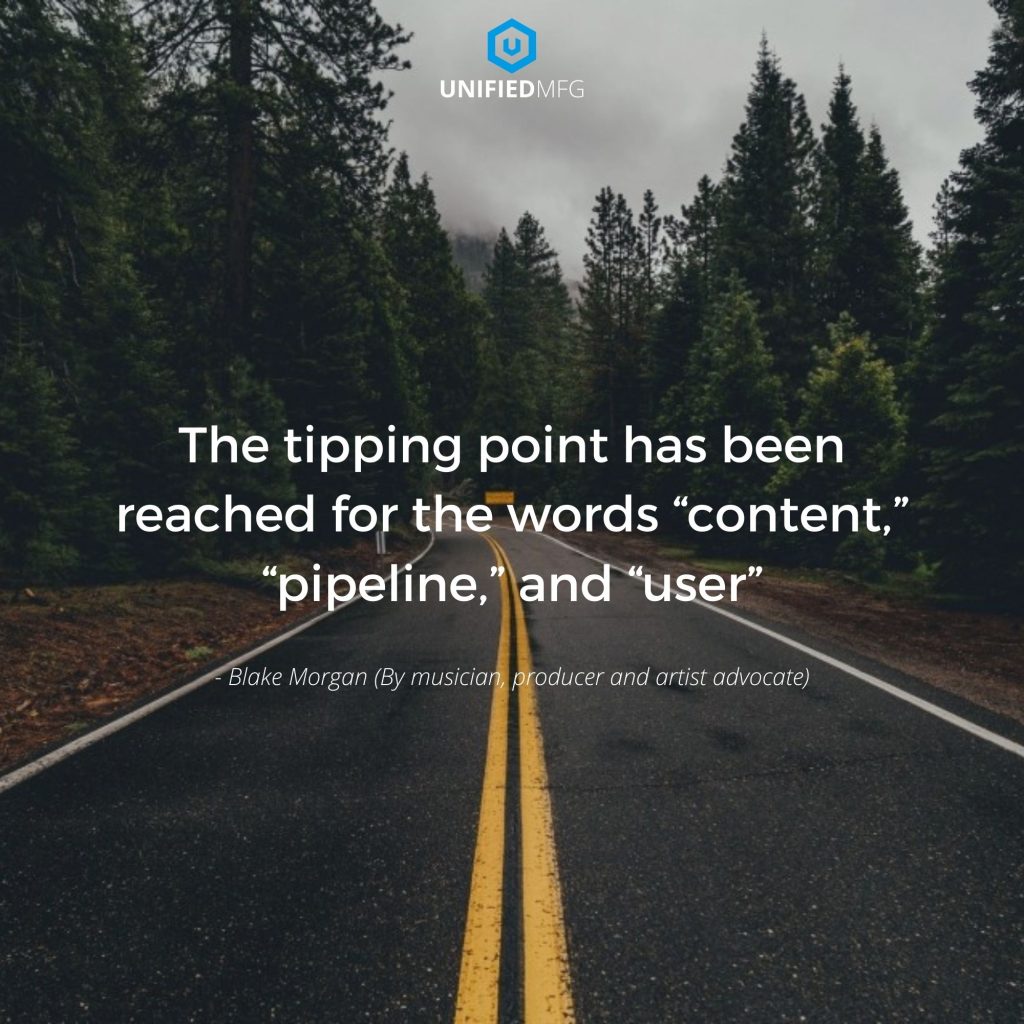 Relics of yester-think, these terms have clearly had their day. Overwhelmingly scoffed at by music makers, the tipping point has been reached for the words “content,” “pipeline,” and “user,” each of which should be banished from any sentence containing the word “music.”

After all, euphemisms should be called what they are, as the great Bobby Gentry once explained: “Euphemism is a euphemism for lying.”

So this sentence: “Make more content and get it into the pipeline so it reaches more users.”

Should actually read: “Make art and release it to your listeners.”

Words matter, as any songwriter knows. It’s good to use ones that mean something.

#2 MUSIC MAKERS WILL LIGHT THE WAY FORWARD THROUGH DARK TIMES 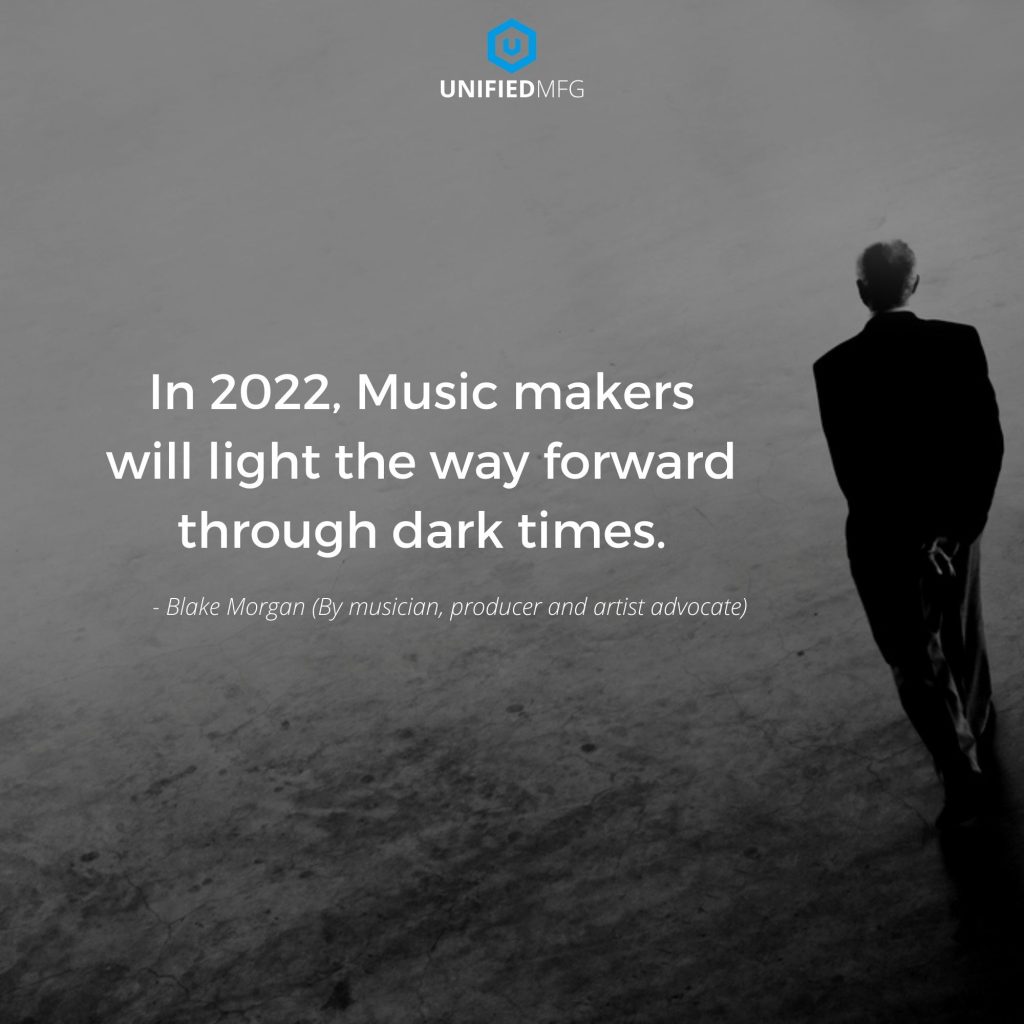 Some of our greatest art which has lit our imaginations and illuminated our humanity has been made during our darkest hours. Our path forward through despair, isolation, fear, and exhaustion has so often been blazed by our greatest artistic achievements. We musicians will do so again. 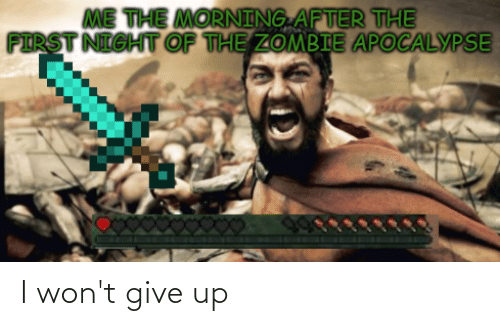 We’ll light the way forward. And when we collectively emerge from the shadows we currently find ourselves in, we’ll stand in the sunshine of a new era. You can count on it.

#3 THE METAVERSE WILL BE DEFINED 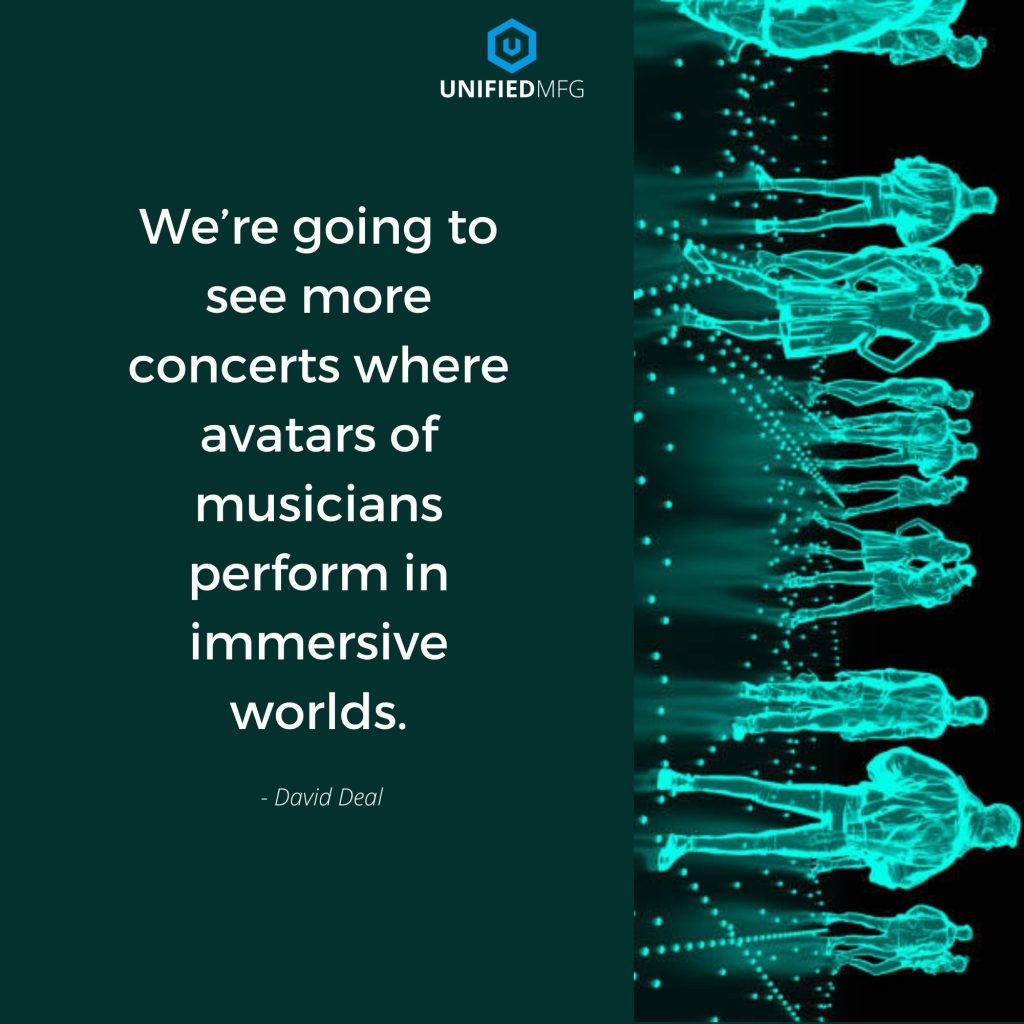 The metaverse is an interconnected virtual world where people live, work, and play through digital twins such as avatars. The metaverse is already here in some form. Roblox and Fortnite have millions of daily active users who’ve been living the avatar life for some time. 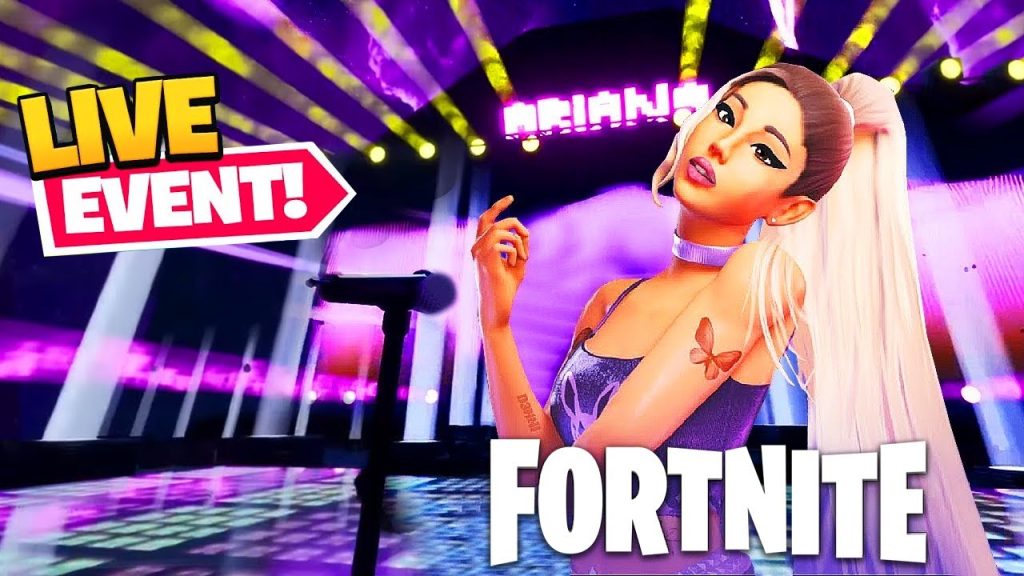 We often associate music and the metaverse with Ariana Grande performing on Fortnite or The Weeknd doing a virtual concert on TikTok – well, not them, per se, but their avatars.

Yes, the Rift Tour Featuring Ariana Grande is part of the metaverse, and we’re going to see more concerts where avatars of musicians perform in immersive worlds (as holograms of dead people have been doing in the physical world for years). But those types of experiences are only a small part of the metaverse. 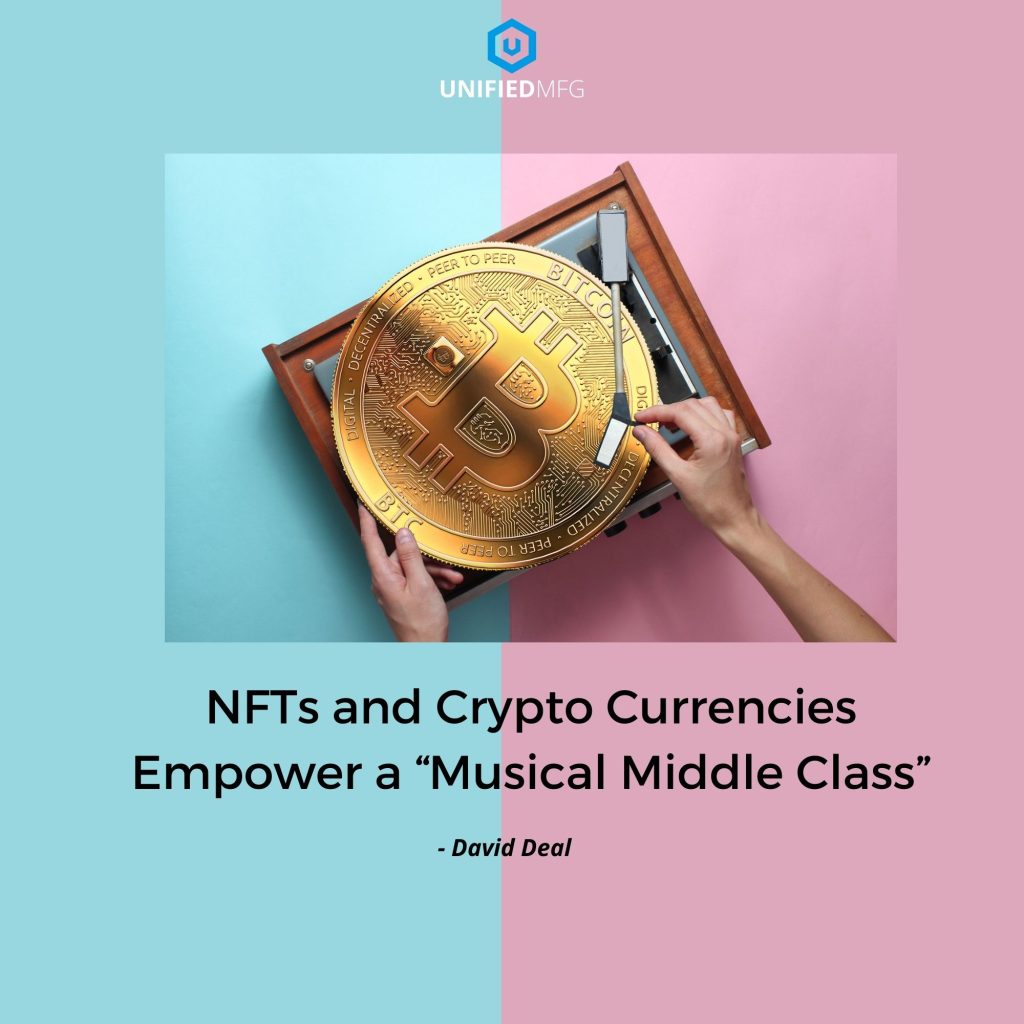 There’s something else going on that is equally fascinating in the music industry, which will have a profound impact in 2022: the adoption of NFTs, digital currencies and crypto currencies, which are building blocks of the metaverse.

In the metaverse, people and businesses use digital currencies to buy things that include music, art, and real estate, and they can do that outside the metaverse, too. Those assets are given unique value though a technology known as a nonfungible token, or NFT.

Crypto currencies (a form of digital currency protected by encryption) and NFTs are empowering musicians everywhere to create economic value at a time when they’re not getting much return from streaming platforms, and touring remains threatened by the lingering pandemic.

He told Time magazine that building a fan base on Discord is crucial to his success because Discord attracts digital currency enthusiasts: 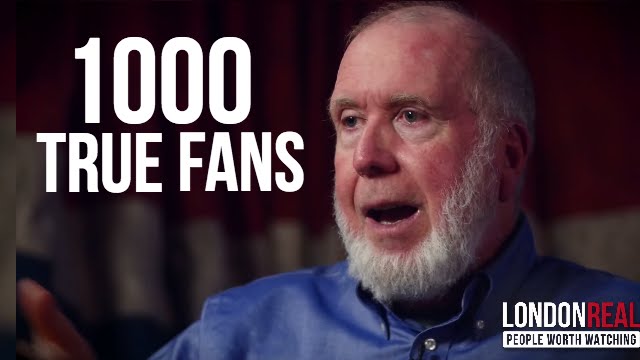 Allan subscribes to the idea that having “100 true fans” is better than having many casual ones—so he spends 6 to 8 hours a day interacting with his fans on his Discord, where they offer encouragement, feedback and memes.

Because many of them have bought a share of his masters from him, they are emotionally and financially invested in his success.

For his next project, he wants to break down the wall between artist and fan even further. “I want to be like, ‘Here are 20 demos, let’s make an EP together,’” he says. “There are a lot of creative people in my Discord but they haven’t necessarily had the mechanisms to be able to exercise their creativity.”

NFTs and crypto currencies level the playing field a bit for indies such as Daniel Allan. As he told Time, “I don’t think this creates rich artists. What this does is create a musical middle class.” 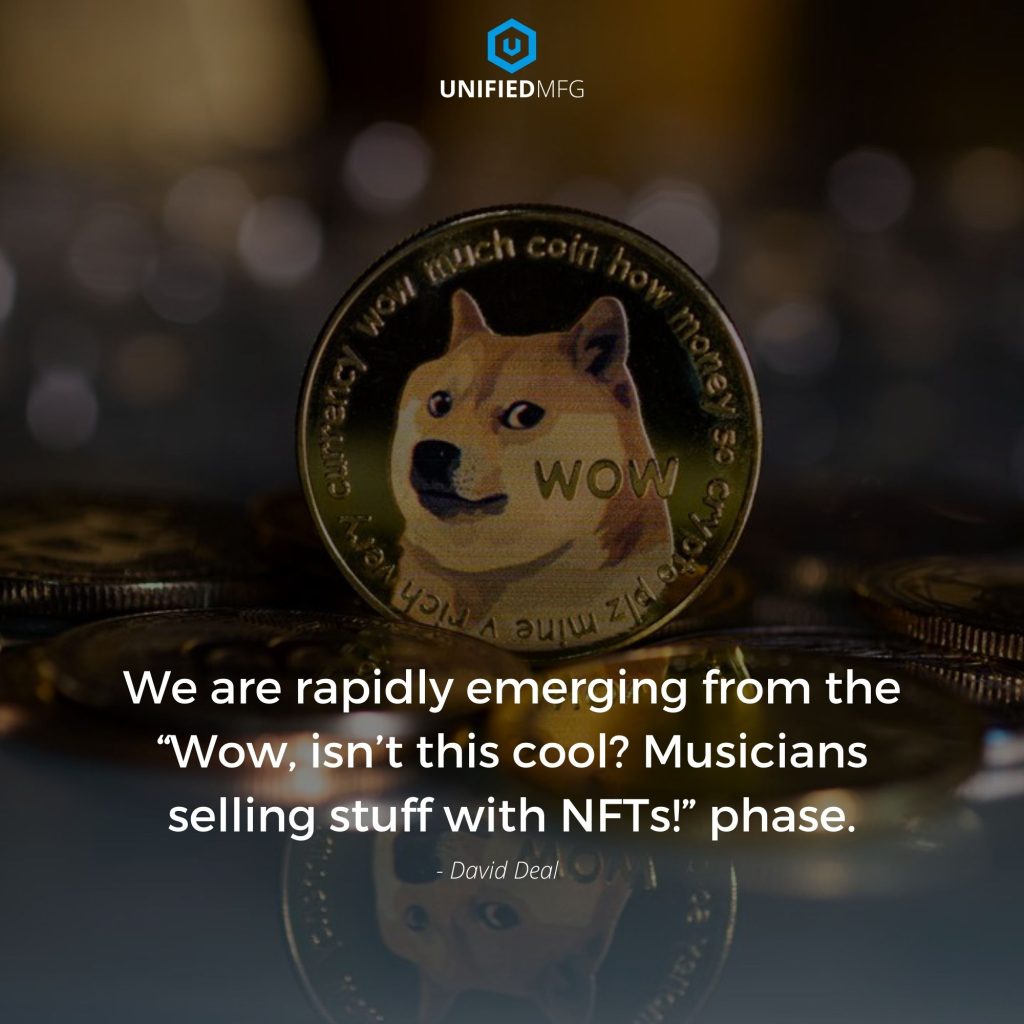 In 2022, we’ll see more businesses sprouting up around the NFT and crypto currency space alone – companies such as Corite, a blockchain-based equity crowdfunding platform connecting musicians and their fans; OneOf, an NFT platform built specifically for the music community and designed to break down economic barriers to entry; Rally, the platform where Portugal The Man minted its creator coin; and Catalog (Daniel Allan’s platform of choice), just to name a few.

Meanwhile, big brands will find more ways to create experiences inside metaverse worlds such as Roblox. Those experiences will include music.

For example, Nike recently launched NIKEWORLD on Roblox and bought RTFKT, which creates collectibles that merge culture and gaming. These moves will help Nike build its presence as a music brand in the metaverse. 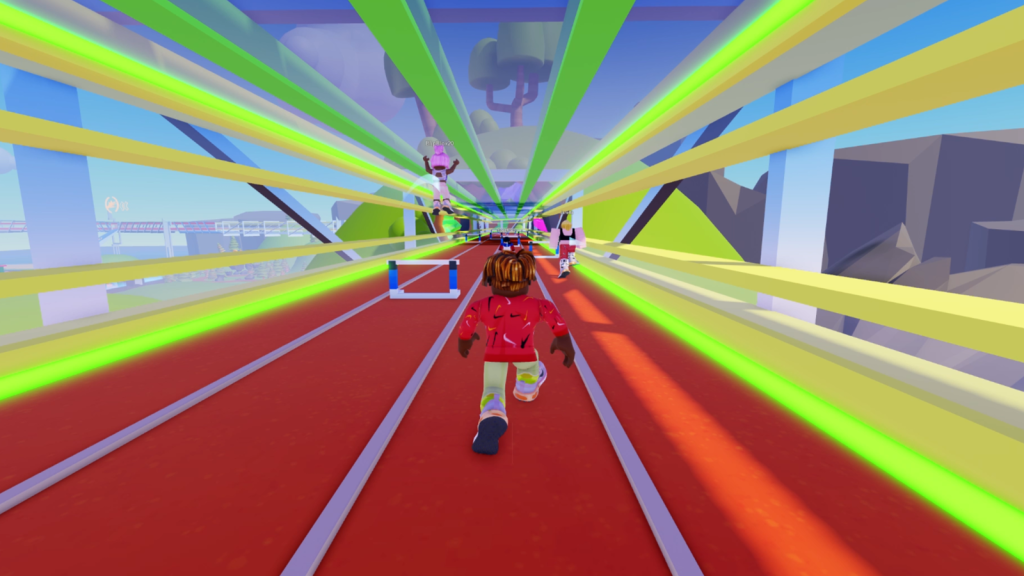 Musicians hosting concerts in NIKEWORLD? It’s going to happen. Nike will use the metaverse (in particular NIKEWORLD) as a way to create brand activations with emerging music talent in the metaverse, just as Warner Music Group is doing with Twitch in the good old-fashioned digital world.

But music labels will also mine the metaverse for commercial value. Consider Warner’s partnership with Genies, a company that creates digital avatars and wearables.

We are rapidly emerging from the “Wow, isn’t this cool? Musicians selling stuff with NFTs!” phase. Businesses are growing and coalescing around musicians. When touring comes back for real, promoters and festivals will offer interactive experiences and NFTs to complement live shows. Everyone follows the money. 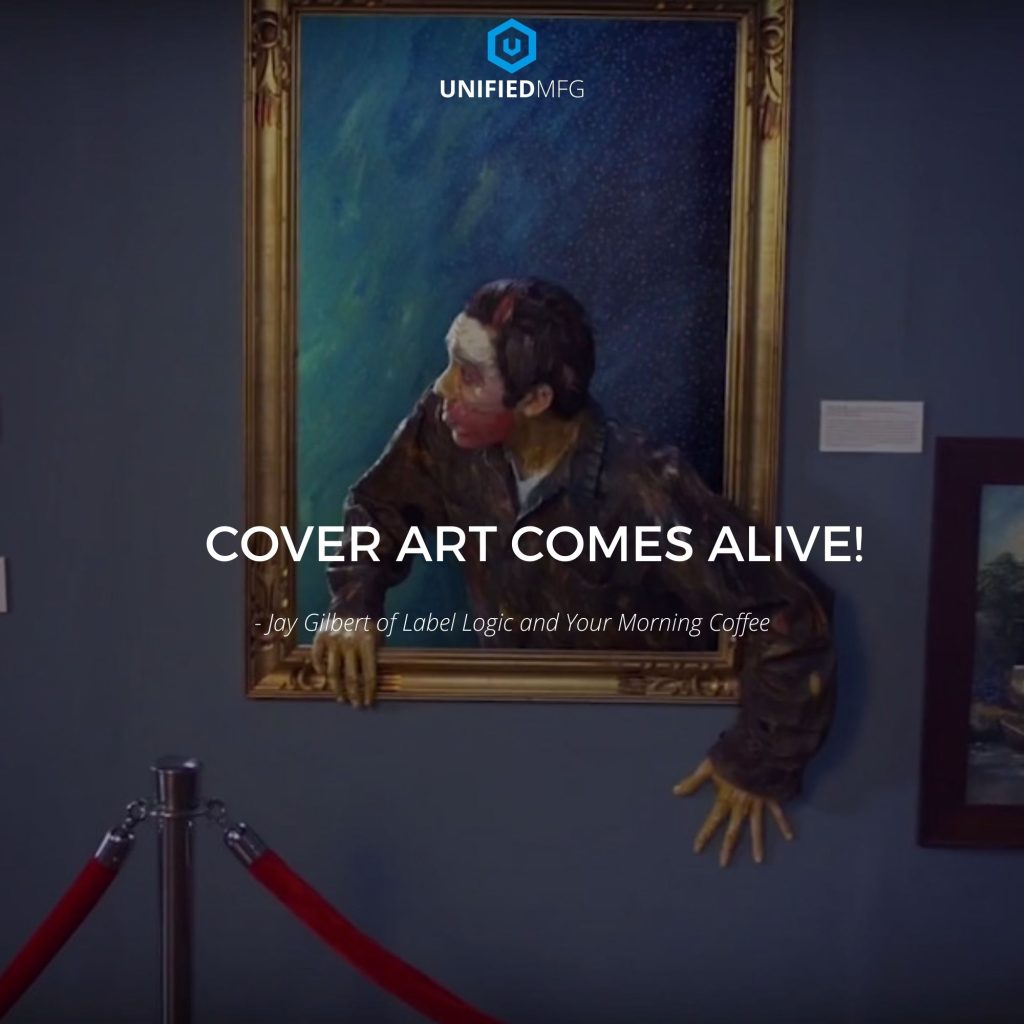 Motion graphics for track & album covers will gain traction as artists explore the medium. Apple recently announced that they have added animated album artwork with iOS 14.3 and macOS Big Sur 11.1.

Apple posted “Album motion makes your album artwork come alive. Motion artwork provides a richer experience for your audience by helping to set a mood or accentuate the concept of an album, before anyone presses Play.” 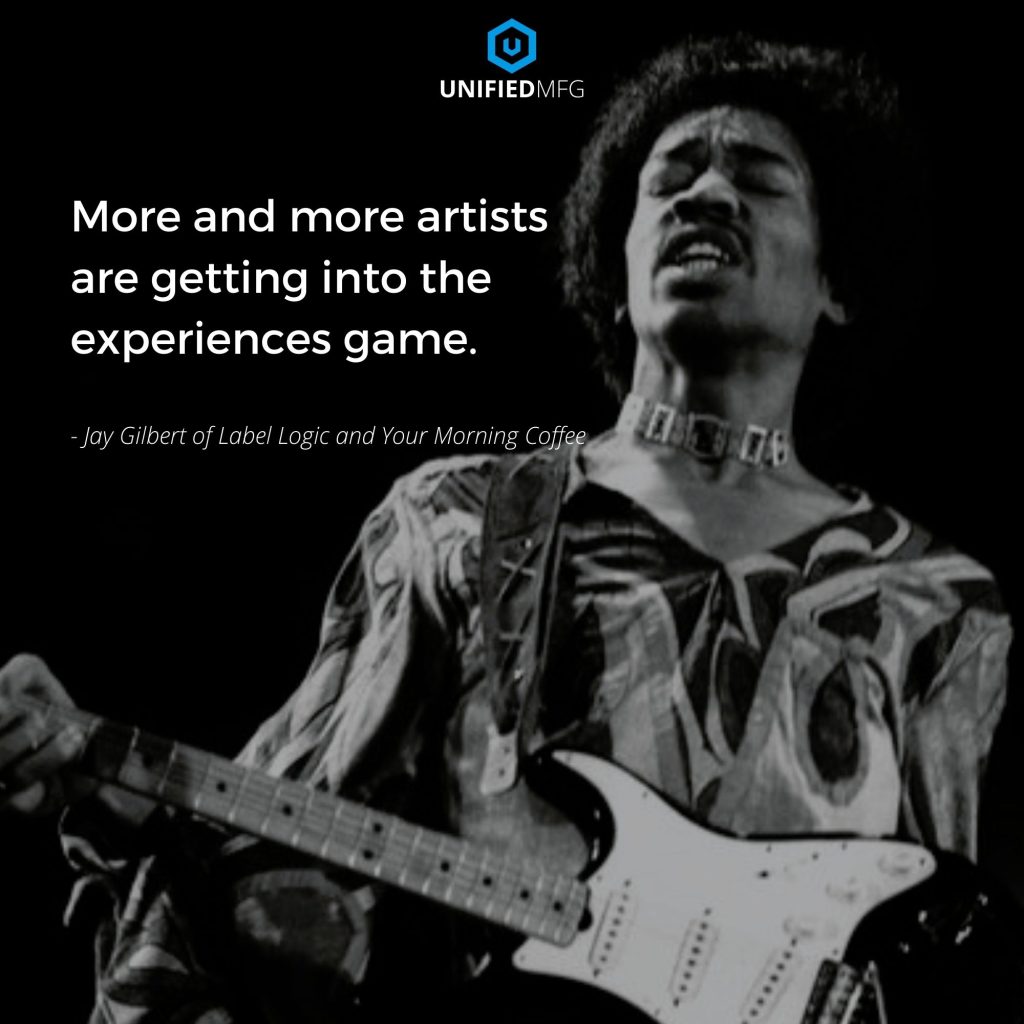 Obvious things like Patreon, Cameo, OnlyFans and Thrillz.co.uk are generating meaningful revenue but artists are getting more creative with direct-to-fan offers, for example: 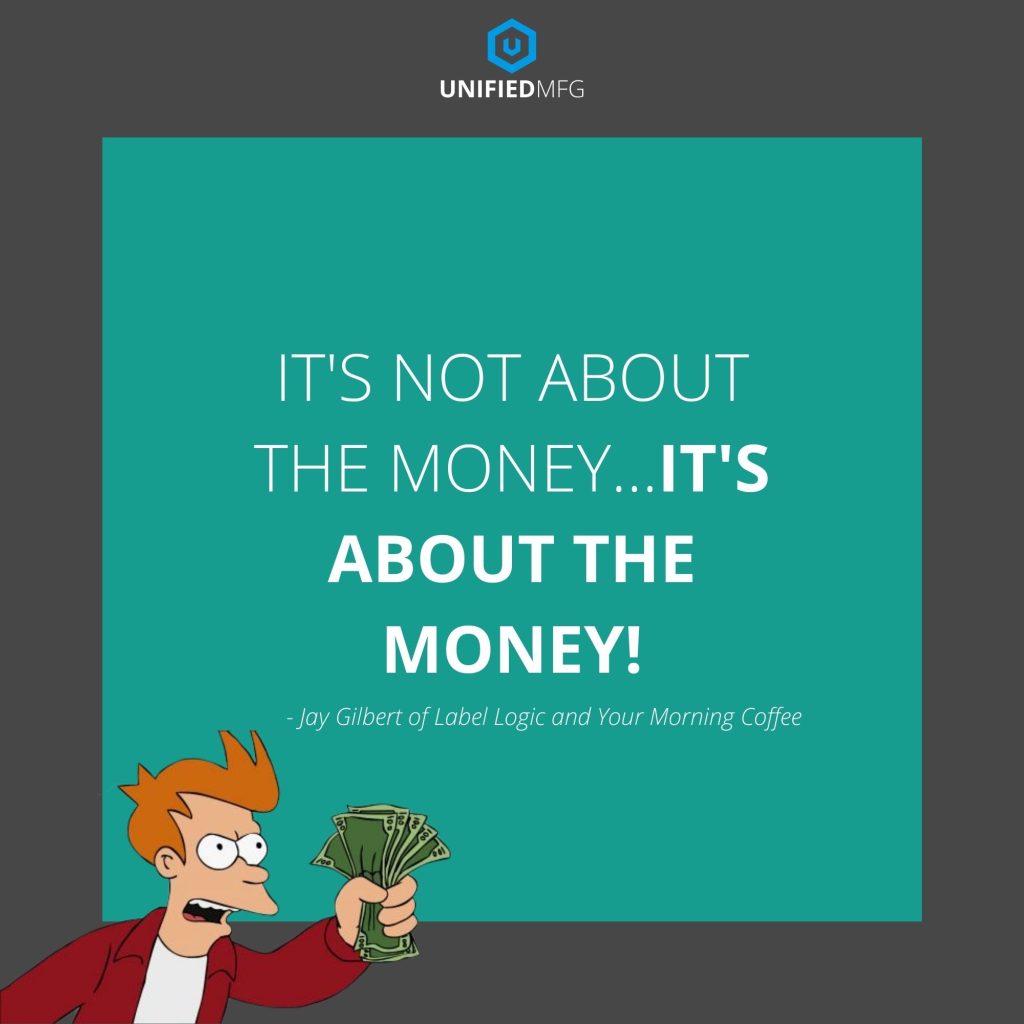 It’s the music BUSINESS so developing and middle class artists will continue to struggle making meaningful revenue from sales & streams alone.  More focus will be placed on innovating in areas like: 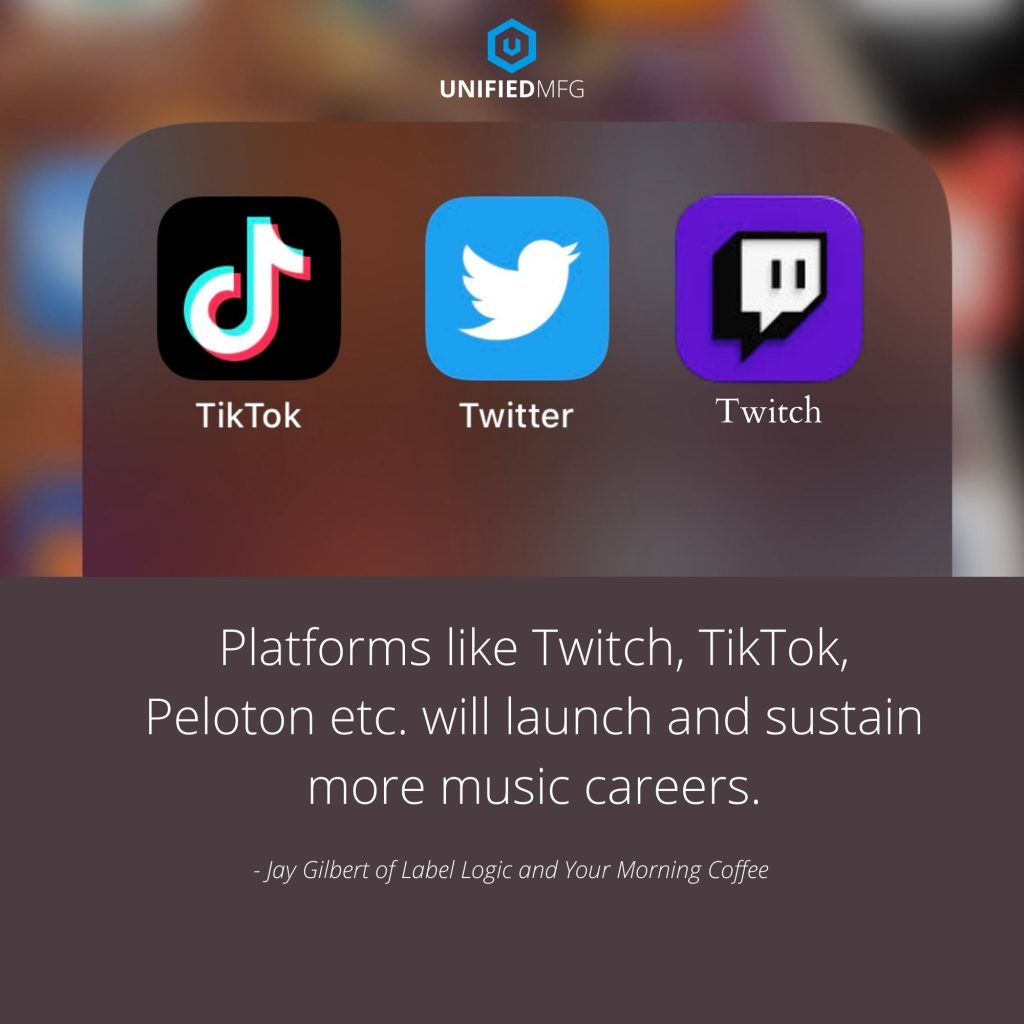 #10 SONGWRITERS WILL FINALLY GET PAID 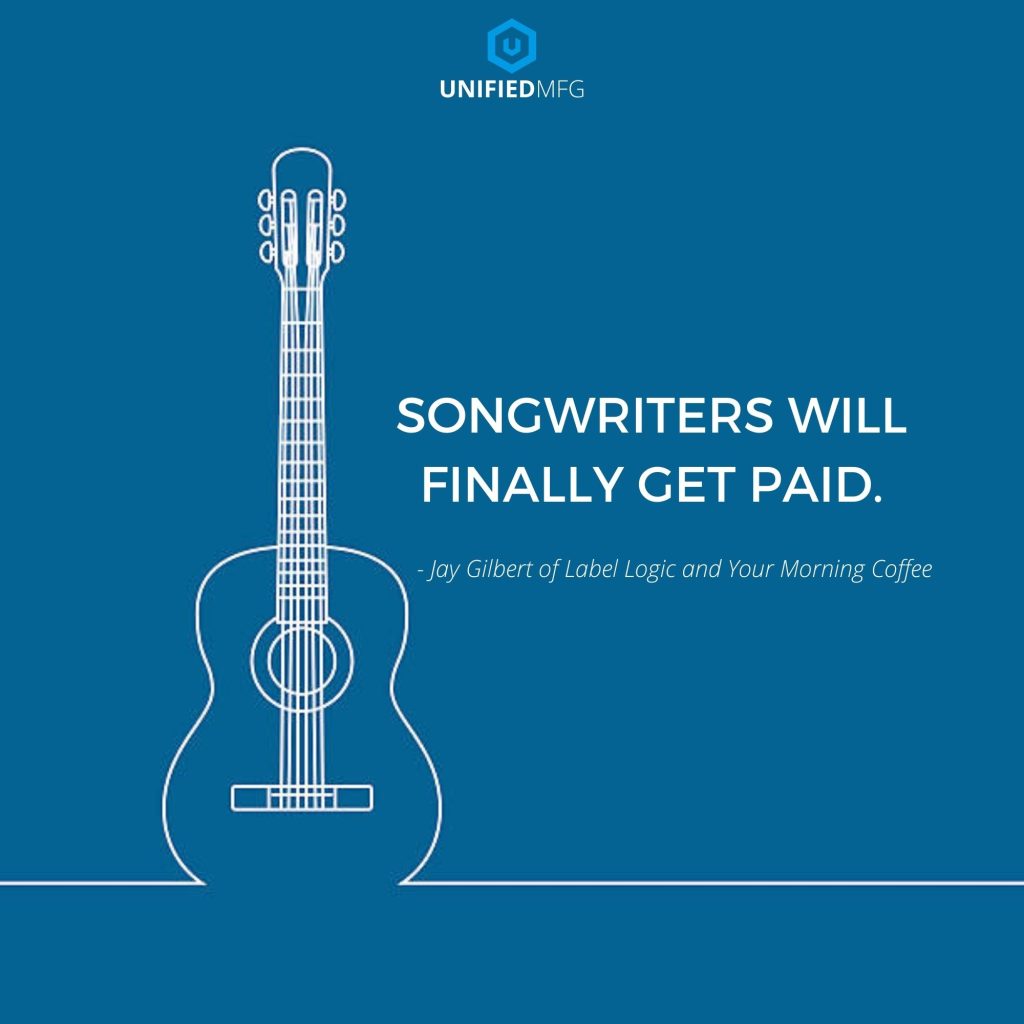 Songwriters don’t get paid when their work is played on the radio in the United States. People like Blake Morgan are on a mission to change that with #IRespetMusic and the American Music Fairness Act.

The Copyright Royalty Board (CRB) sets the rate that DSPs pay publishers / songwriters (CRB3 rate was set at 15.1% through 2022 but Spotify and Amazon are still appealing this decision). CRB4 is already heating up and will go into effect 2023 – 2027.

The National Music Publishers Association (NMPA) is fighting to get the songwriters more. The DSPs are fighting to pay less.

I predict a few surprising deals from music IP investment and song management companies like Hipgnosis, KKR, BMG, Primary Wave etc. This side of the business is just getting warmed up and is not just about heritage artists.

Look for more Virtual Artist releases and streaming success. The technology to bring these artists to the live concert world is here. Who will take this to the next level?

#12 TIKTOK WILL BECOME EVEN MORE DOMINANT. 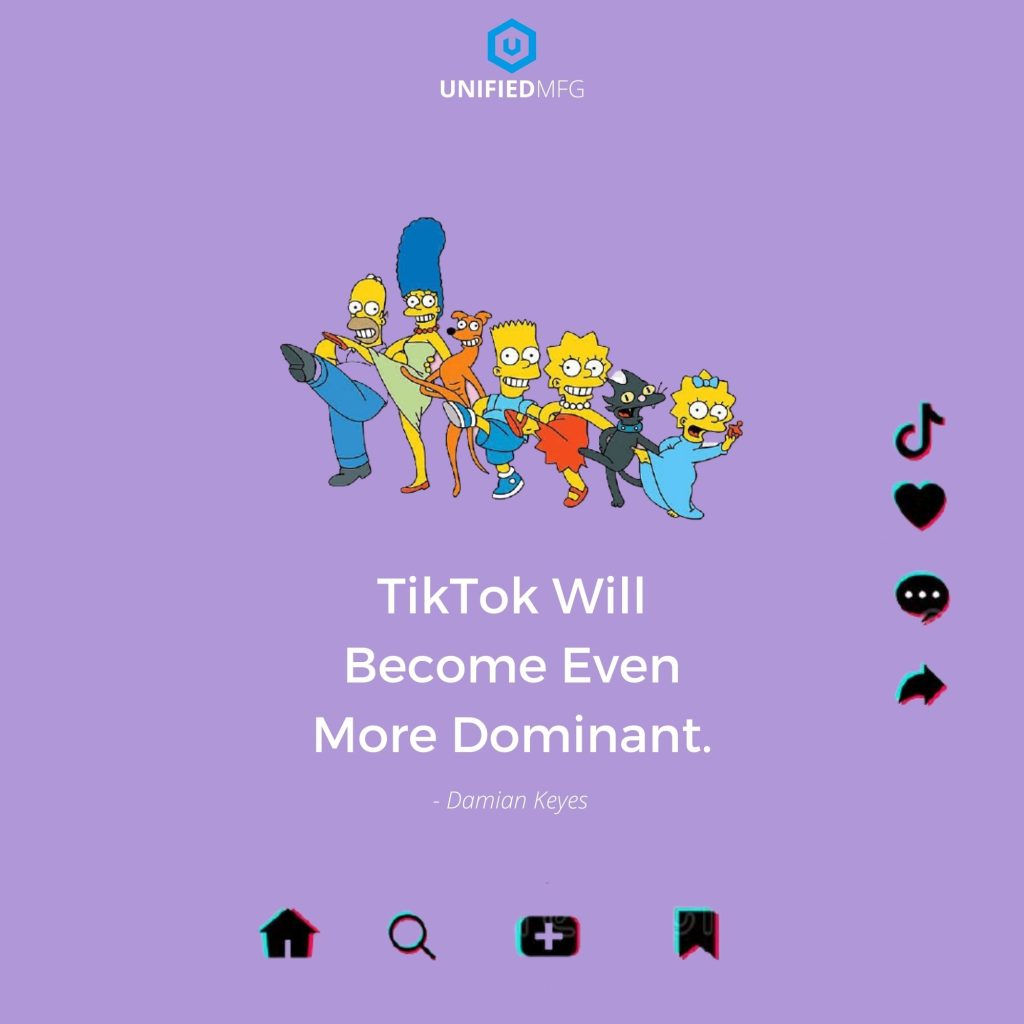 TikTok is an absolute monolith.

The platform announced a whopping 1 billion active users in September 2021, and its growth does now show any signs of stopping.

The opportunity for virality and social media explosion on TikTok is huge for artists. This makes it one of the most important digital platforms for music in 2022.

Over the last few years, consumption habits have been slowly changing. It’s here now and figuring out how to smash short form TikTok style content for your music is how you can meet this growing demand.

#13 SYNC DEALS & PUBLISHING WILL BE A FOCUS 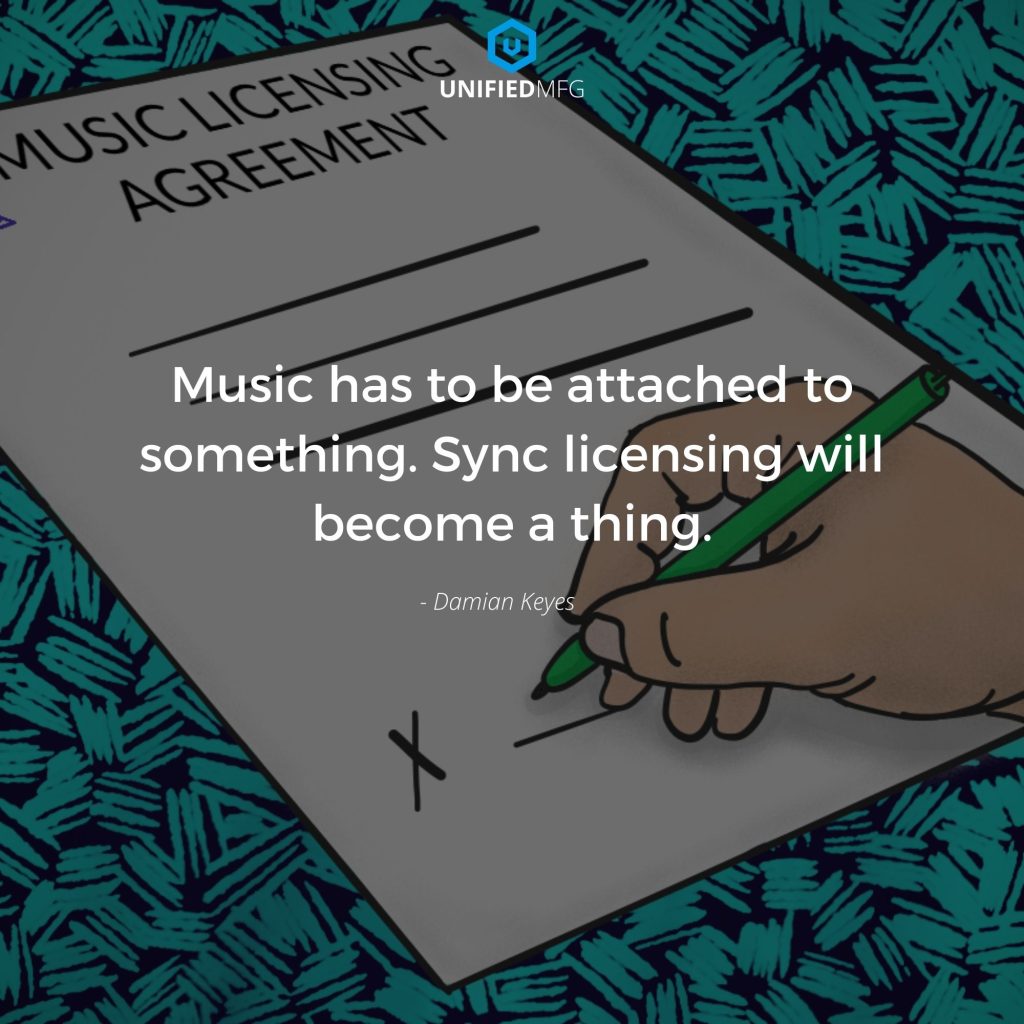 People are consuming more media than ever.

If there’s one thing we’ve learnt about the music industry going forward into 2022, it’s that for music to be successful and dominate the market, music has to be attached to something.

Videos, TV, Netflix, games, advertising and so much more. Sync licensing is the route to getting your music attached to these mediums.

Learn about music publishing and discover ways to attach your music to other media to get more visibility. 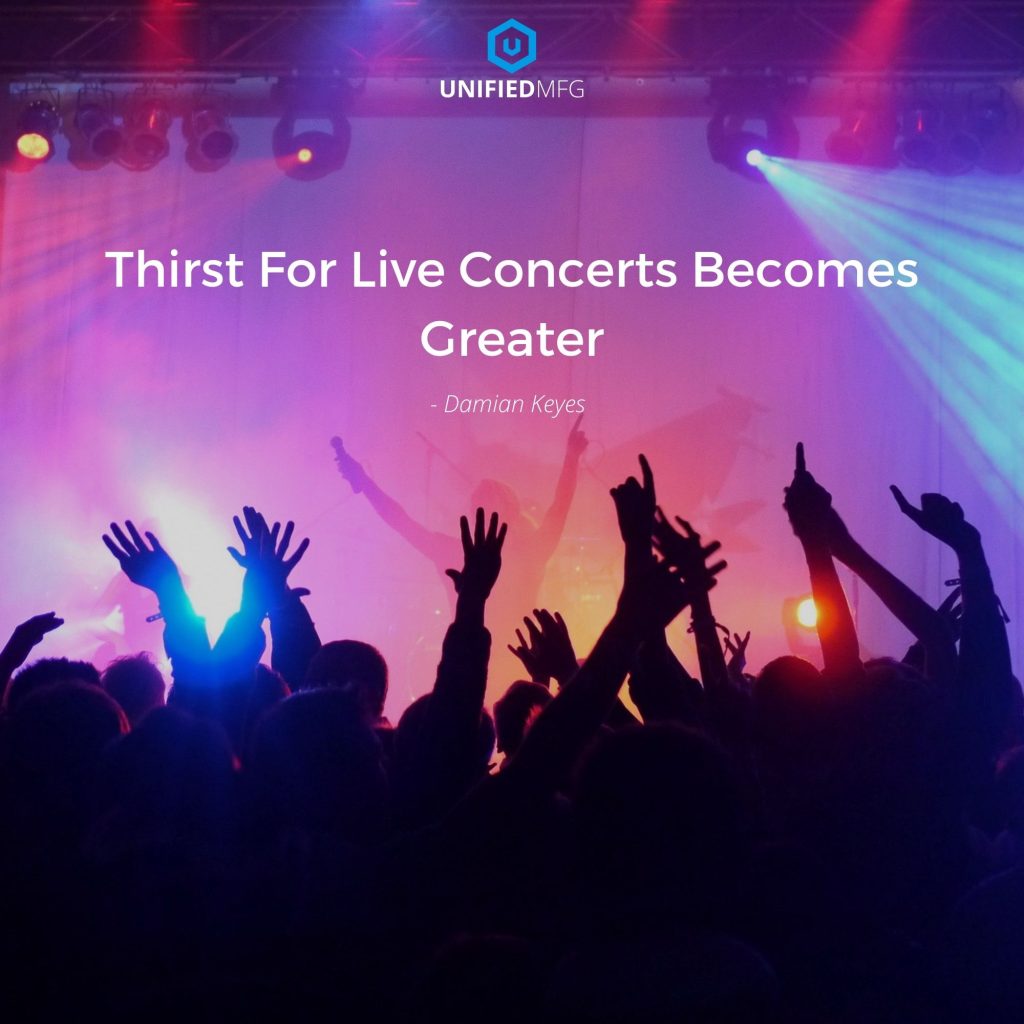 The current state of live music is that it’s still trying to get back on its feet.

Even more concerts are being postponed and huge tours being cancelled as we enter 2022.

Fans eager for that live music buzz have simply been waiting far too long to watch their favourite bands and singers tear it up on stage.

Keeping fingers, toes and everything else crossed, 2022 should be one of the biggest years for live concerts and gigs as people crave the booming return of the live music industry. 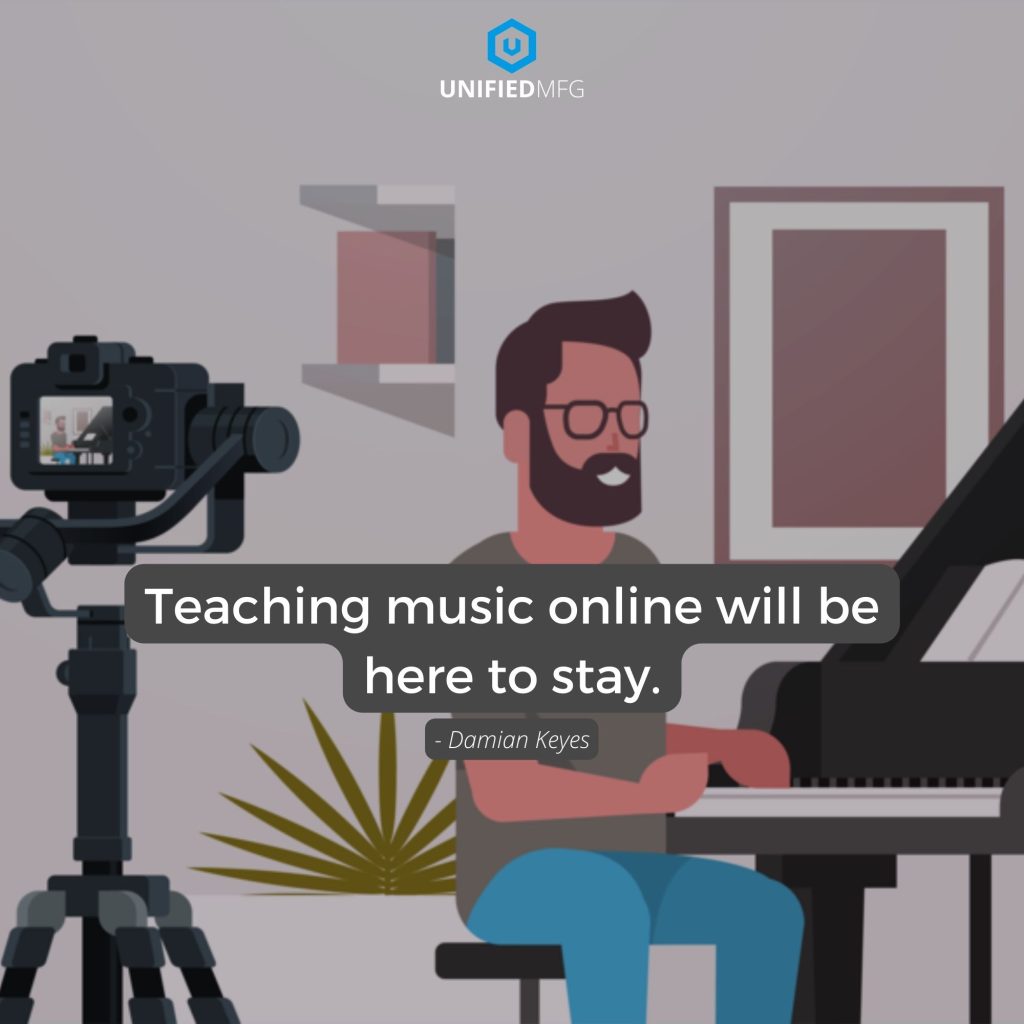 As music professionals search for more ways to monetize their knowledge and skills, the rise in music teachers online has been insane.

Everyone is more than comfortable on video calls and Zoom webinars now that monetizing this space seems obvious.

Music teaching online is really, really noisy. If you are going to tackle this, you need to become a music marketing expert in order to stand a chance. Only the strongest will survive!

There are plenty of changes during the past few years, especially during the pandemic, but I hope the shift in music consumption and distribution will lead us to a much freer way of music creation.

Happy 2022 to all our music industry and musician friends!

There are many legal requirements you should comply if you want to have a career in music: you need legal permission if you want to cover songs, you need to trademark your band name if you don’t want another band to use it, your performance contract, and many others.   If you want to make […]