If you think vinyl records are expensive,

As a musician, you might think twice about releasing your album on vinyl record because of the rather expensive price tag of vinyl record pressing.

But you might want to give it a shot because even though vinyl definitely costs more than digital, their value could appreciate more than tenfolds!

Yep, if you have a special record, it could increase much like real estate. 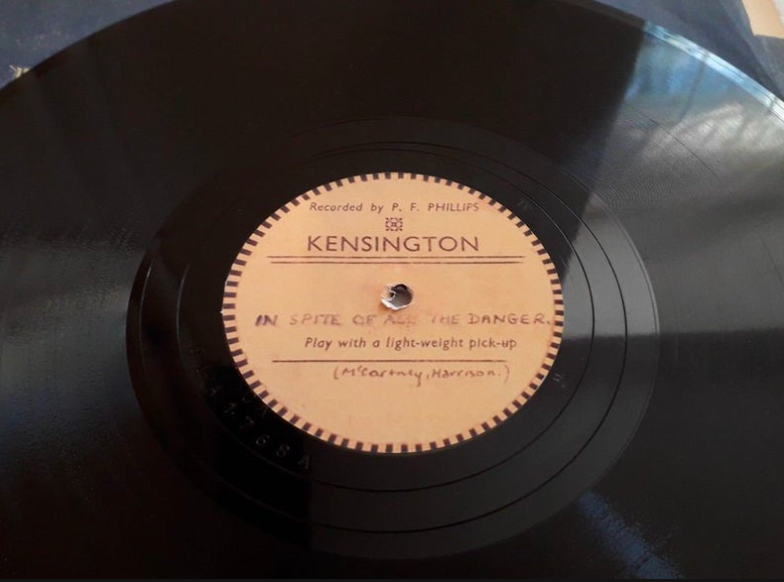 The rarer the vinyl album the pricier it becomes in the future so yeah, you might want to get our short-run vinyl record pressing and press a few pieces instead of hundreds;-)

According to a 2019 top ten list by Noble Oak, an insurance company based in Australia, there is a vinyl record album that amounted to $354,000. The said album is Quarrymen’s “That’ll Be The Day” album which surely is one of the most expensive vinyl records out there.

Aside from the great music it offers, its rareness is the greatest factor why it’s worth that much. For everyone’s information, it has only one copy which has been owned by Paul McCartney ever since he bought the copy from Duff Lowe in 1981.

If you want to sell records, you can have vinyl records pressed in limited copies. It makes the vinyl copy more exclusive which makes it much more valuable in the near future. You can try acquiring that short run vinyl record pressing service offered by pressing plants like Unified MFG.

Next on Noble Oak’s list is one of the Beatles’ best selling vinyl record albums, “Sgt. Pepper’s Lonely Hearts Club Band”. In celebration of 1967’s Christmas, the band ordered a vinyl pressing of one hundred copies of the album with a special jacket. The front part of the jacket features the band’s record label, Capitol Record’s, executives.

Because of it being a special edition of one of the Beatles’ best-selling albums added with the fact that there are only 100 copies of it, the album was worth $123,900. It’s price may have already increased this year since the climate of vinyl record purchasing has already changed.

With this in mind you can have your old album releases released on the format in a limited number of copies with a whole different artwork for your records’ jacket and inner sleeves. You can release them as a special edition for the album’s anniversary or for you or your band’s anniversary.

You have to make sure though that your new artwork for your old album’s new release won’t be overshadowed by its past artwork or it won’t be worth buying. Make it more attractive and special than the first one.

MOST VALUABLE VINYL SINGLE IN THE WORLD 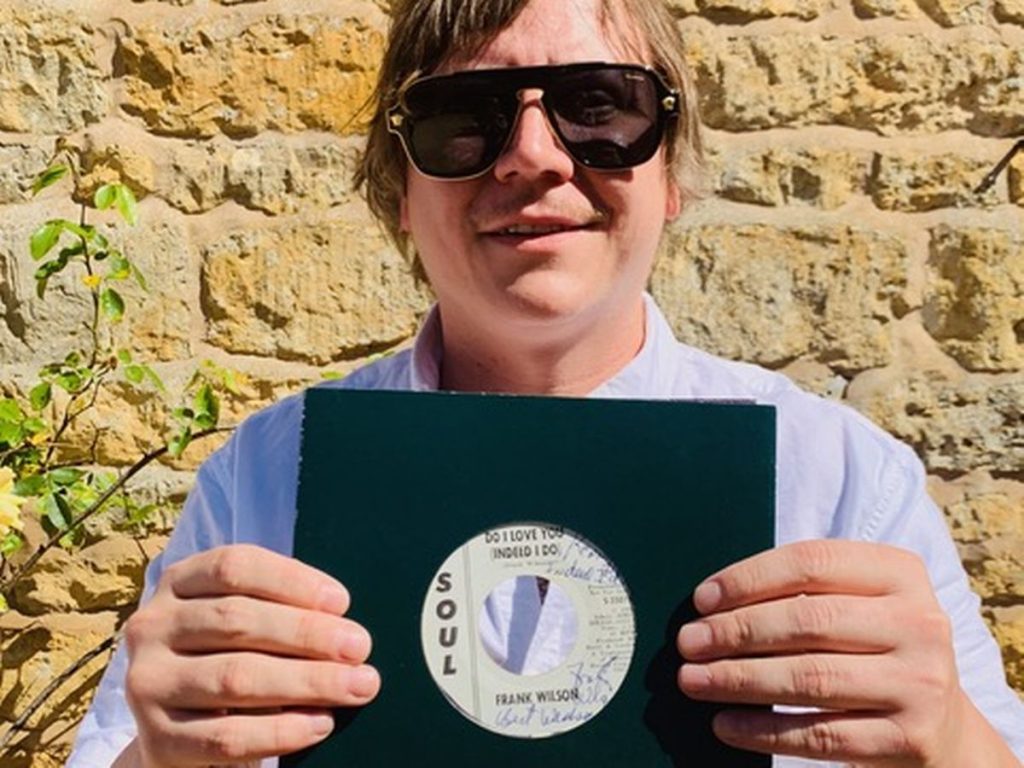 Noble Oak’s top 3 on their top ten list is Frank Wilson’s 7-inch single containing the tracks “Do I Love You (Indeed I Do)” and “Sweeter As The Days Go By”. Only a number of copies have been produced since Motown canceled its vinyl record pressing, making it one of the rarest singles of all time.

At the time of the creation of the list the single was estimated to be worth $44,250. However, I assume that the 7-inch vinyl is worth more than that now. Just last year, the vinyl was sold to Lee Jeffries for an amount that was unfortunately not disclosed to the public.

What’s great about the vinyl format is that you can decide on what size you want your vinyl records to have. They have three options, 7 inch (for singles), 10 inch, and 12 inch (for long play). These three sizes have different playback times and especially have different prices. The smaller the size the shorter the payback time and the lesser it costs to press.

With these options available, you won’t have to worry about wasting a 12 inch record for just 2 tracks or worry about having to press several 7 inch vinyl records just for one full album. 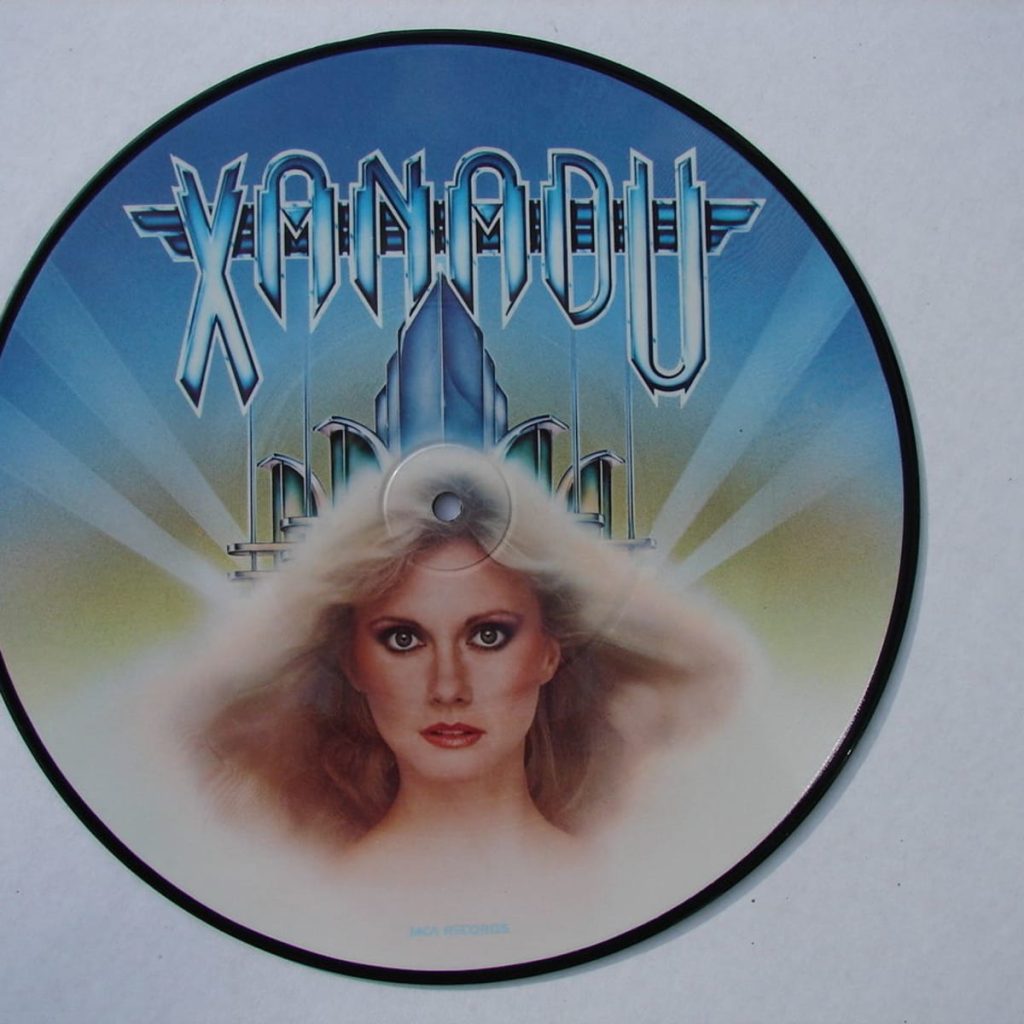 The 1980 musical film, Xanadu’s, OST album by Olivia Newton-John is not part of the top ten list by Noble Oak but we cannot help but talk about it for it can still be considered as one of the most valuable vinyl albums to exist. It was worth $8,850 in 2019, mostly because of its rarity. It only has 31 available copies.

But what separates this vinyl record from the other vinyl albums I have mentioned is that this one is by far the most customized. The custom vinyl record is a picture disc that carries the film’s promotional cover with a more bluish color theme.

The album was one of the earliest vinyl picture discs to exist and it only has 31 copies because of how the main photo looked unflattering to Olivia. This caused her to halt vinyl pressing and never continued it.

Custom vinyl records are not only limited to picture discs for there are many more options to choose from when it comes to customizing your actual records. You can have them colored with whatever color you want, and can even be a mix of different hues.

See-through records are possible with some solid-color designs at the center or designs like liquid, leaves, or glitters inside them. You can also make your vinyl records glow in the dark if you want them to or have a vinyl record with a unique or geometric shape. 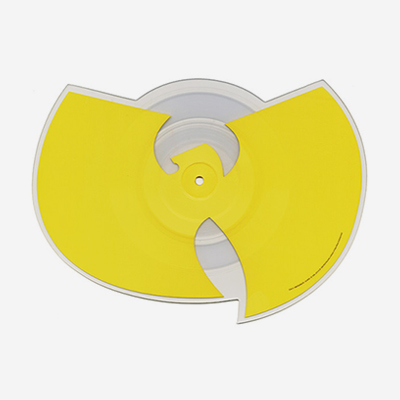 There are many more ways to design your custom vinyl records and I’m sure that you will love the process of creating one.

If you’re a musician, I highly recommend selling your own records. With all the craze that the format’s experiencing, it’s a waste to not join in the fun which I’m sure your fans would love. If you’re worried about its expensiveness, then we’ve got you covered since short run vinyl pressings are already available.

What are you waiting for? Have your own custom vinyl records pressed now and who knows, it will be included in one of these lists 20-50 years down the road.

With all the devastating events happening between Ukraine and Russia, we’d like to pay some tribute to the Ukrainian arts and culture by featuring their top artists and their vinyl records. Table of Contents #1 ONUKA – VIDLIK#2 JAMALA – ALL OR NOTHING#3  ALYONA ALYONA – <<ПУШКА>>#4 ANI LORAK – СОЛНЦЕ#5 MONATIK – LOVE IT […]