My Q&A with Duncan Long is not very long but it is very insightful. This guy is not only talented and smart; he also has a wicked sense of humor. He sent me this self-portrait saying “this will give your readers a picture that can also be used to scare away mice and make small children cry.” He does look quite scary here, doesn’t he?

Duncan Long is a writer/illustrator, originally starting mostly as a writer who illustrated his own books, then slowly getting to the point where he was doing an occasional CD or book cover for other musicians and writers. Today, most of his work is illustrating and doing very little writing. He said that perhaps it’s because he finds illustration work more enjoyable in that it can be completed in days or weeks rather than months. And perhaps it’s because people seem more willing to pay for illustrations as opposed to writing. I especially like what he said about how money and the lack of it can affect art. For him, art needs an unpressured, playful side to it if it is to develop without becoming stilted. When there is pressure to produce money, it becomes really challenging for artists. Read up. How did you get into design? I got a Master’s degree in music composition — so I guess I can identify with the plight of many of the musicians I do CD cover illustrations for (ha). I’ve had no formal training in art or writing, but always enjoyed both so eventually I moved into those areas in order to make money. But I still have a great love for music and music making. What and who are your influences? I suppose the realist movement…  Norman Rockwell would be the illustrators who has most influenced me and Andrew Wyeth, the artist. Both have been quite influential on my style. How do you usually work on a concept? Almost always the client will have a concept in mind. I may suggest a more effective or eye-pleasing way to do what’s needed, but generally stick pretty close to the client’s original concept for the artwork.

That said, I often create artwork for my own enjoyment and post it online — often with an art director or other buyer inquiring if it is available for use. So some sales are made that way and often (I think) from an artistic standpoint these are often less “stiff” than trying to work toward a concept, though certainly that’s not always the case and an illustrator always strives to keep work appearing as natural and spontaneous as possible.

Could you tell us about one of your works? The Fallen Heroes cover was done for the band Coming Soon. It was actually a “for fun” picture I’d done and posted. Basically the only alteration was shifting the picture a bit so it could accommodate the lettering on the cover. 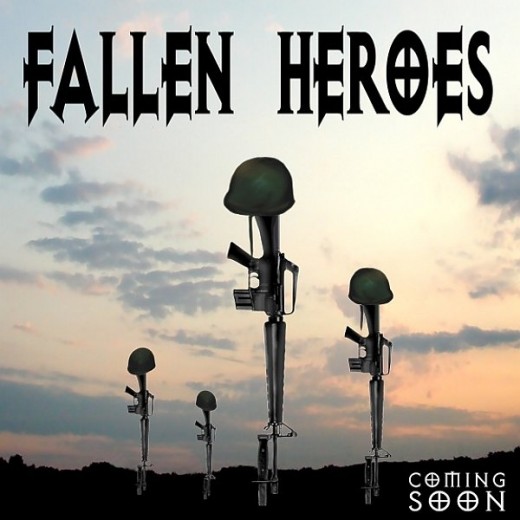 The Ammunation cover (for Audio Kombat Arsenal) was created following the 9/11 attacks. Several years later the band wanted a similar cover so I re-created the original, shifting the planes around a bit and refining the original concept and then adding their lettering to the cover illustration. I think maybe I modified a photo of the band for the back but I can’t quite remember what that work consisted of other than just some touch-up work if I remember correctly. 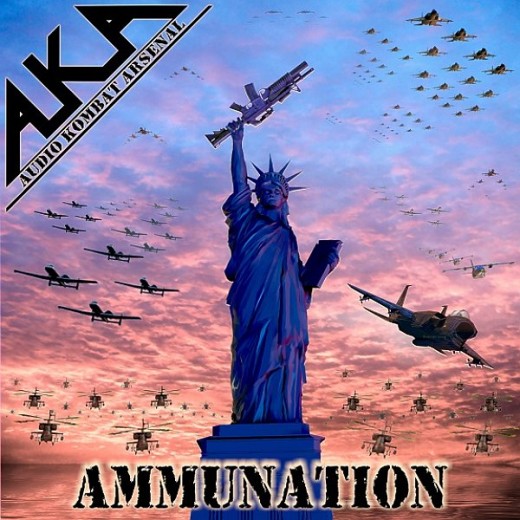 The New Jerusalem cover I did for Rick Derringer (yes, THE Rick Derringer) was pretty much how the musician and his wife envisioned the picture (I’m not certain that this was ever actually used for an album cover but hopefully one day). 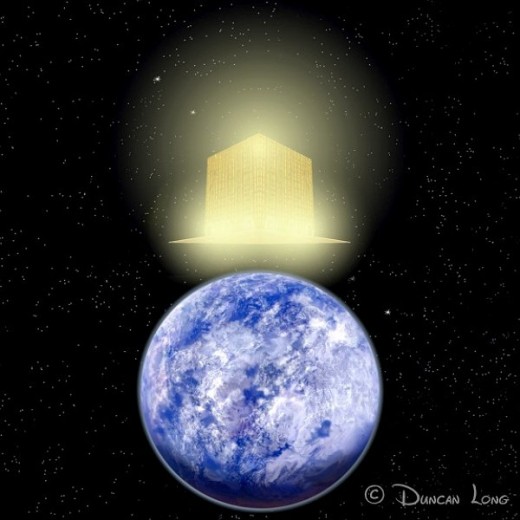 The cover illustration for What Mother for Firebox was also pretty much the concept of the band, except that I had an idea of rather than having the creature burst from an egg it might pop out of a skull that at first glance looked like an egg. I believe the original concept called for wings on the creature so it looked more dragon-like, but we all decided it worked better without the wings.

I will ask you questions that we ask all our designers. To you, what makes a good CD package? I mostly just do covers according to the art director’s dictates, so I doubt that I’m the guy to ask about this. I am a “how far and how high do you want me to jump, sir” sort of designer (ha). What advise can you give to those who want to get into this kind of career? If I had it to do over, I would have gone to an art school and learned at least some basics. Learning by the seat of your pants can work, but it isn’t as quick as having someone say, “Here, try it this way.” Be sure you love the work. There are times when any job is pretty thankless and those are the times that your love for your craft and your belief in yourself are all that will keep you going. The people who don’t have those two things often fall to the wayside. It isn’t the money that should motivate but rather the love of what you’re doing. If you love your work, it is satisfying even on those early days that have trouble paying your bills.

When starting out, I think it sometimes helps having another job to bring in the money to pay the bills, thereby taking the pressure of the artwork to “produce.” When art of any sort goes onto a deadline, or must be done with an eye toward attracting attention and money rather than being intellectually and emotionally satisfying and true to the artist’s vision, the illustration becomes less than it should be. A professional artist must produce on command to some extent, but having the need for money hang over your head and dictate all you do isn’t a good thing. Art needs an unpressured, playful side to it if it is to develop without becoming stilted. For this reason the old, “Don’t quit your day job” can be good advice when starting out in any of the arts, I think. _______________________________________________________________________ Unified Manufacturing is an L.A. -based one-stop-shop that offers very affordable CD/DVD/USB replication, custom printing, promotional products, warehousing and fulfillment and many more. If you need an Instant Quote on a project and you want FREE SHIPPING, simply CLICK HERE.

If you’re planning to make promotional flash drives for your company, make sure it’s cute and reflects your products to a T.  The goal is to remind the recipient of how cool of a company you are every time they use your flash drive. The only way to do that is by incorporating the designs of […]

The USB Flash drive has become the favorite marketing item from 2010 until today. Many companies, entrepreneurs, and artists see the efficiency of putting marketing materials in flash drives and the charm of designing really creative flash drives that reflect the brand. It has also become so cheap to make that many entrepreneurs find it […]