What is it catalog number really and do you need to put it on your vinyl records? Here’s a very short guide to make custom vinyl pressing so much easier:

What is a catalog number

A catalog number or also known as “cat number” is an identification number which is assigned by a music label when a music is released. It can be found on vinyl records (33, 45, 78 rpm), cassettes, 8-track tapes, CDs and DVDs. This number can also have letters or numbers set up by the record label to help distinguish the different formats used for a single music release.

Most record labels also add a letter or number to represent their label. Additionally, a single music release may have a different catalog number depending on the country as this may be released by different labels for different countries.

An example would be the Beatles’ “Abbey Road where it has PCS 7088 and SO 383 as catalog numbers. The first one is from the US, given by Apple/ Parlophone and the second from Canada given by Capital Records.

To put simply, the catalog number is the “fingerprint” of your vinyl record which identifies it and gives it a specific ID, making it unique, identifiable, and traceable.

Catalog numbers are mostly composed of mixed letters and numbers sometimes with a “hyphen” symbol included. Cat number’s format varies from record label to record label, as this can be made without any bases from other labels. If you’re a new record label, then you won’t have to worry about catalog numbers, because you can just make your own. 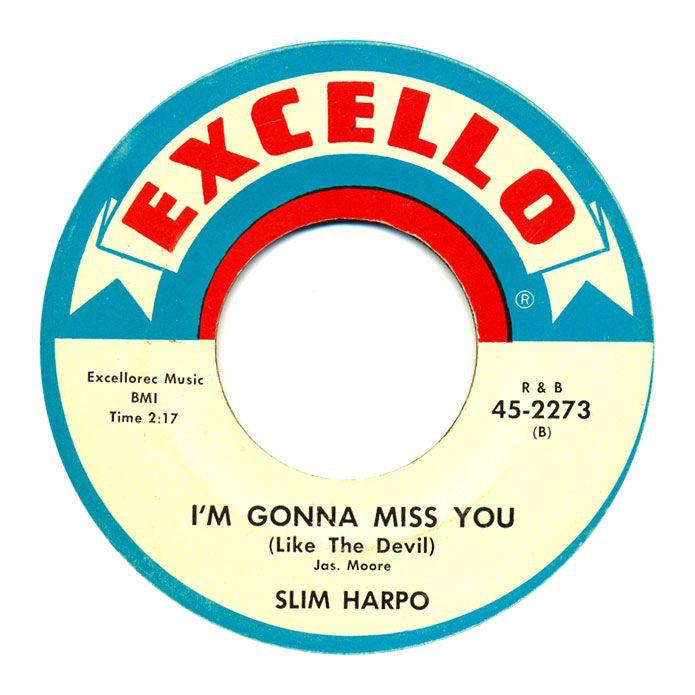 Let’s take a look at this example. The catalog number is 45-2273. Excello had sequential numbers, and since they started out in the 78 era, they added 45- to the front to indicate that it was a 45rpm vinyl record.

Let’s have another example. Let’s say we release a record. If we make our own record label, we can have the cat number for our first release look like this UM-01. Then we can have UM-02 and UM-03 for our second and third release. The U and M in the cat number are from Unified Manufacturing and the numbers signify the order of the releases. As what I’ve stated above, letters or numbers can also let us identify what format the music was released in.

For example we have 45 and 78 rpm vinyl records, cassettes, and CDs for our seventh music release, then we can have UM45RE-07, UM78RE-07, UMCASS-07, and UMCD-07 respectively for each format. It really depends on the record label as we can have these formats: UNI 00001 and UM1 rather than the former: UM-01. 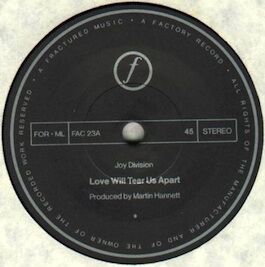 They did not only use these catalog numbers for their record or CD releases, they have also given their catalog numbers to posters and many more things unrelated to music releases. 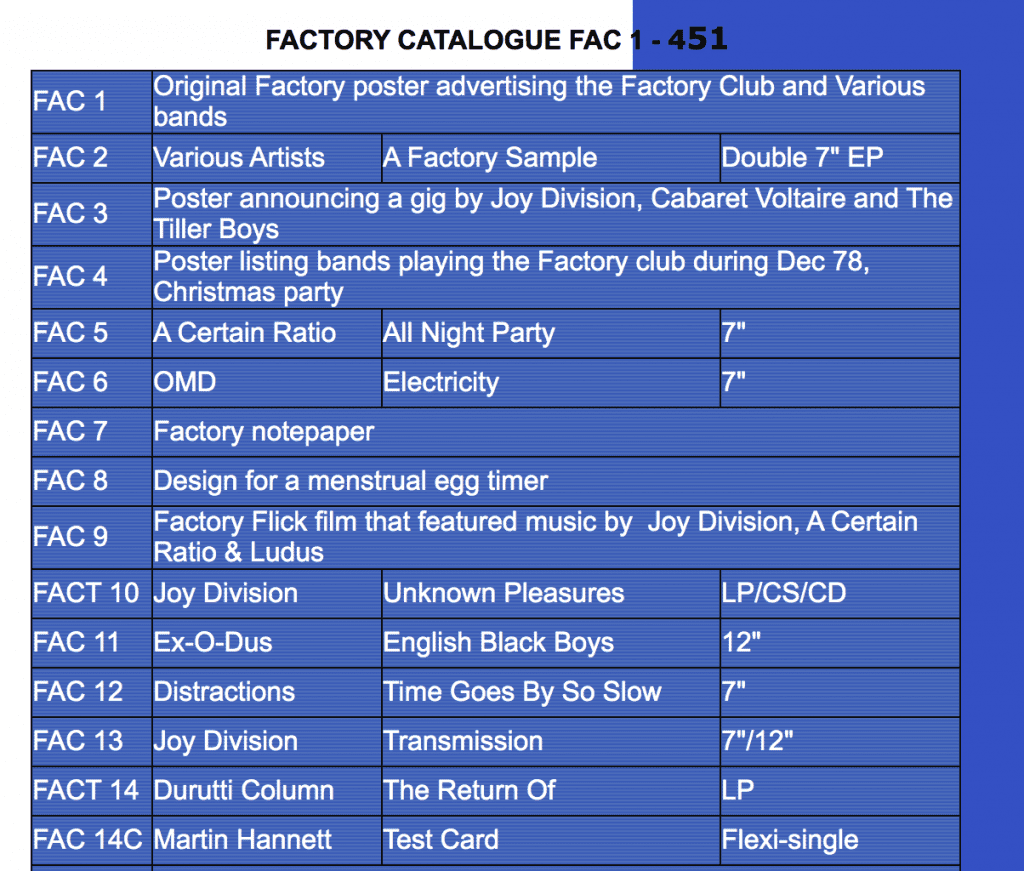 What a way to use catalog numbers for marketing their label!

Where to find the catalog numbers of vinyl records 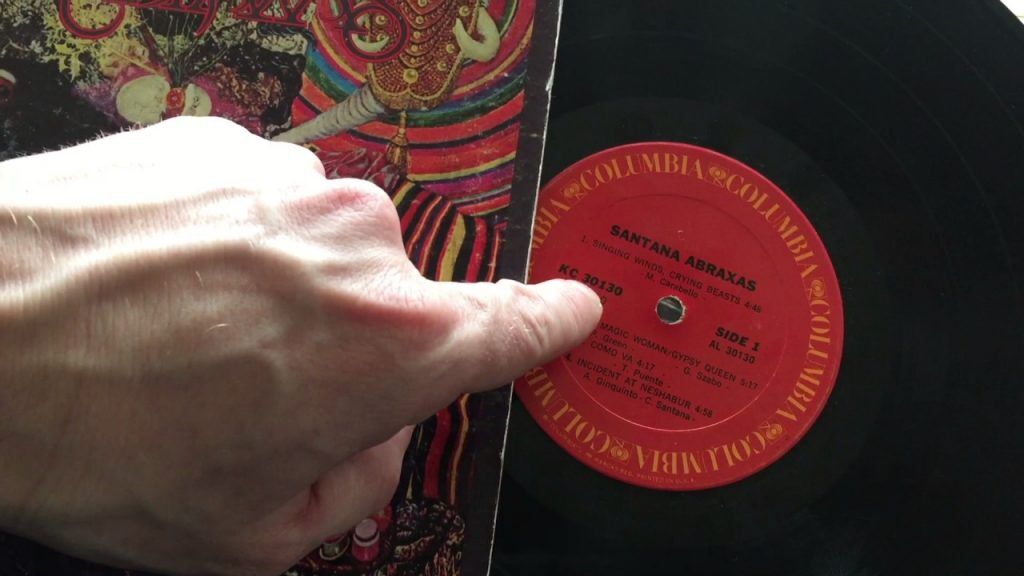 Catalog numbers can be placed in different places and it depends on where the record label wants to put it. However, there is a general rule for the placement of the catalog numbers for vinyl records.

Why is a catalog number important? 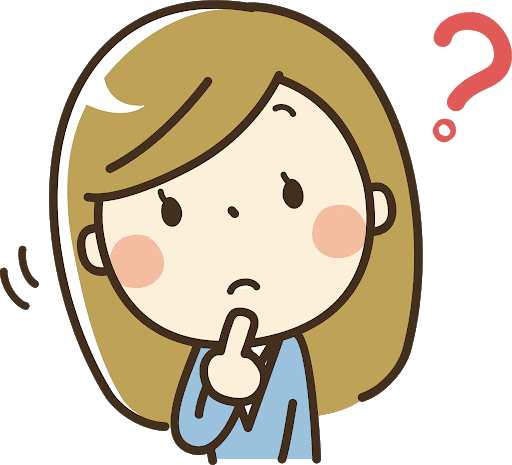 After talking about what a catalog number is, what it looks like, and where to find it on a vinyl record, let us get on with the reason why it is an important information to be printed on the music format you release.

For one, it gives the buyers the basic info of what country it originates from, what record label released it, and what rpm does it have. It can also help your buyers identify authentic copies of your release from the counterfeit ones.

For vinyl record collectors, it can also help them distinguish if the release is rare, out-of-print, and imported.

The catalog number is not only important for your customers, of course. It is also very important to you and to the people selling your music. It can help labels in the accounting of the releases’ sales and the tracking of the sales through the distributors.

But is it really necessary? 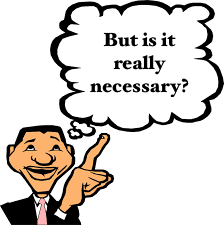 No. If you don’t have a record label or you’re not starting one before you press some records, and have no plans to put UPC barcodes, you don’t need to put any catalog number.

Some bands just press records without any catalogue number but it’s cool if you have it. If you release special editions and your vinyl records will become a rare treasure in the future, it’s cool to have the catalog numbers on them just to make them authentic and trackable.

[We here at Unified are obsessed with creative vinyl packaging. We’ve been making creative releases since 2008 and lovely packaging has become an obsession of ours. We even have a Pinterest page dedicated to all things media packaging. If you want to make a really badass album with cool CD or vinyl packaging, get a […]