Welcome to the 21st century, where music is being sold and consumed in a million different ways.

The newest trend is NFT Albums, and it’s something many people love to hate, and probably for a reason.

But first…what is NFT?

It stands for Non-Fungible Token.

That doesn’t make it any clearer, does it?

Before I dive right into NFT let’s understand the meaning of the term fungible. Fungible is an adjective law term that means the ability to be replaced by another identical item.

Let’s take for example bitcoins. A bitcoin is a fungible token because when you trade one bitcoin for another, you’ll be having the exact same value.

Following that logic, NFT which stands for NON-fungible token, emphasis on the ‘non’ there, means that when you trade one of these, you won’t be getting the same thing. This means that NFTs are unique and irreplaceable.

How Can You Earn via NFT? 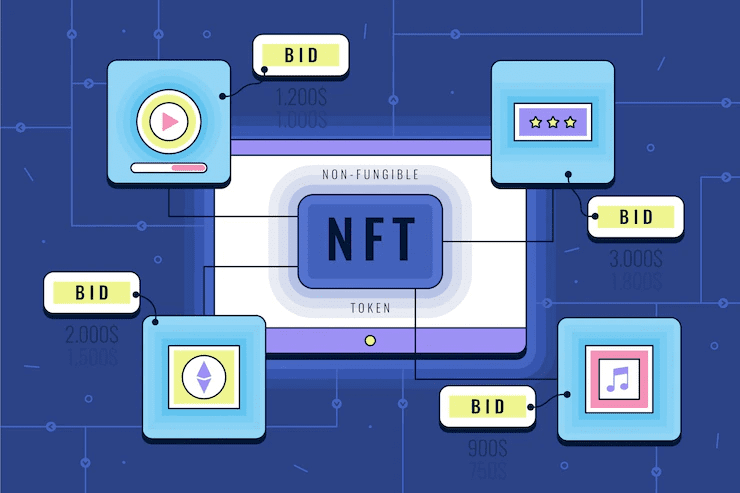 NFTs are unique and irreplaceable, making them a limited edition token or item. If you are wondering how you can earn from these irreplaceable tokens as a musician, the answer is to sell your merch and music as NFTs.

It can be anything and everything you want to sell to your fans. You can sell your album as NFTs. Autographs, photos, even handwritten copies of your songs’ lyrics can be tokens you can sell.

The advantage for most fans who will buy these tokens as NFTs is that they own it. They’re not only buying access to the token you sell, they are buying the authenticity and ownership.

The advantage for musicians like you is that they buy it directly from you. Doing business with NFTs bypasses the all too familiar third-party contract you have with a record label. This means that there will be no cut or sharing, all of the revenue directly goes to the musician.

It’s become the talk of the town for almost two years now. If you think that you’re too late, then I assure you, you’re not. But you gotta jump onto the wagon now, there’s already a growing list of musicians who are in it now. I promise you, you wouldn’t want to be late.

Musicians Who Released Albums as NFT 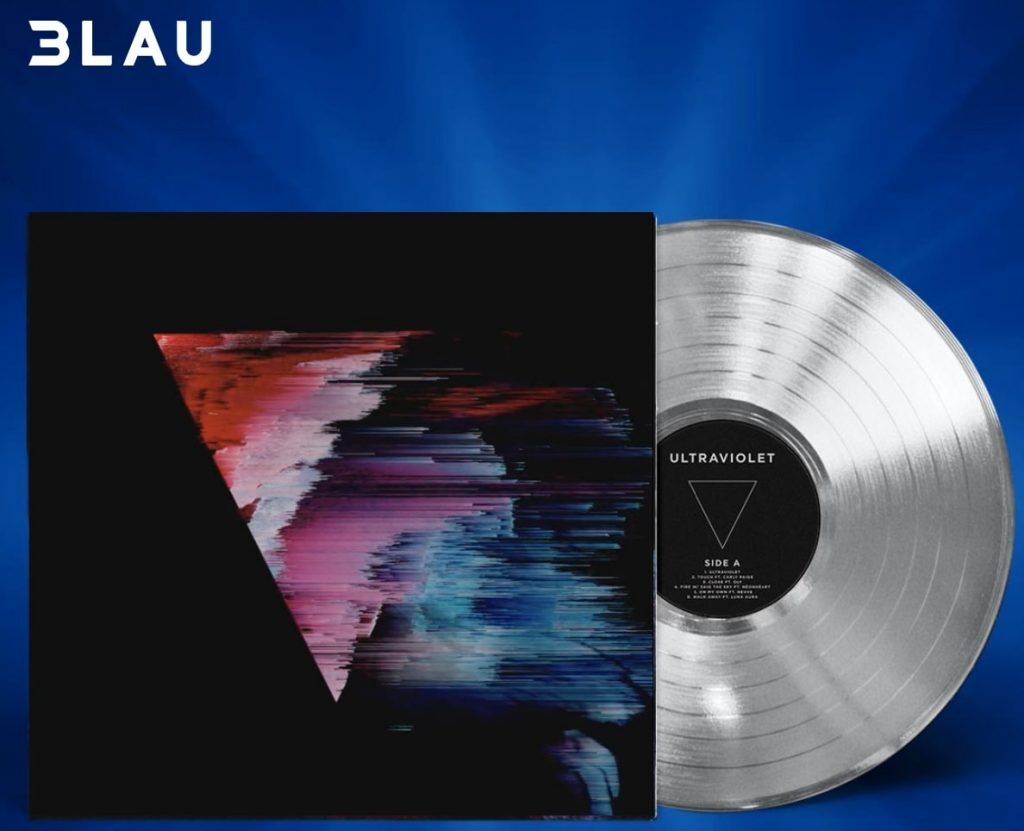 Justin Blau, also known as 3LAU is one of the pioneer adopters of the music NFTs. He apparently sold his first NFTs in the fall of 2020.

In February of last year, the musician reported a net revenue of $11.7 million dollars from a three-day course auction of his Ultraviolet collection of 33 different NFTs.

After the sale, he announced last August, he moved to forge the NFT Music Platform, Royal, that enables owners of the token to have royalties for musicians’ songs.

#2 KINGS OF LEON – WHEN YOU SEE YOURSELF 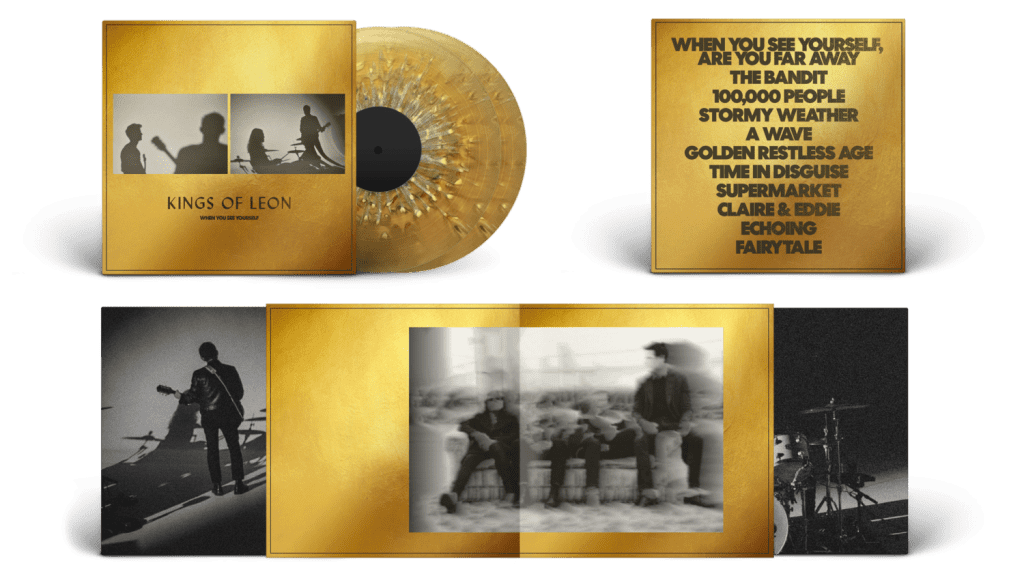 On March 5, 2021 Kings of Leon made their album When You See Yourself available the same as their NFTs. The band offered exclusive versions of their album, digital artwork and lifetime concert passes to potential buyers.

They used the Yellow Heart platform for selling their NFTs and had generated 820 ethereum (ETH) or $1.45 million at that time.

After which they donated more than $500,000 to the Live Nation’s Crew Nation Fund, established to give support to road crews affected by the pandemic. 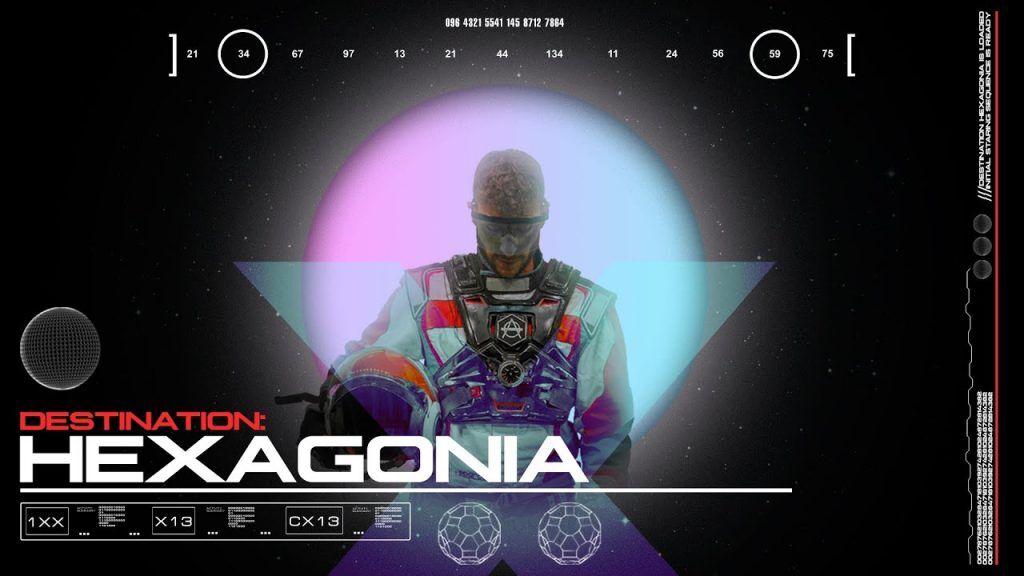 Jumping earlier into the NFT wagon surely has its benefits. In 2021, Dutch DJ Don Diablo made NFT history when he offered the very first full-length concert film as a token to the highest bidder.

Through SuperRare the concert film Destination Hexagonia was given to the winning bidder who paid for it with 600 ETH which roughly converts to $1.26 million at that time.

In addition to the film, the winner also received a unique USB stick containing its file. 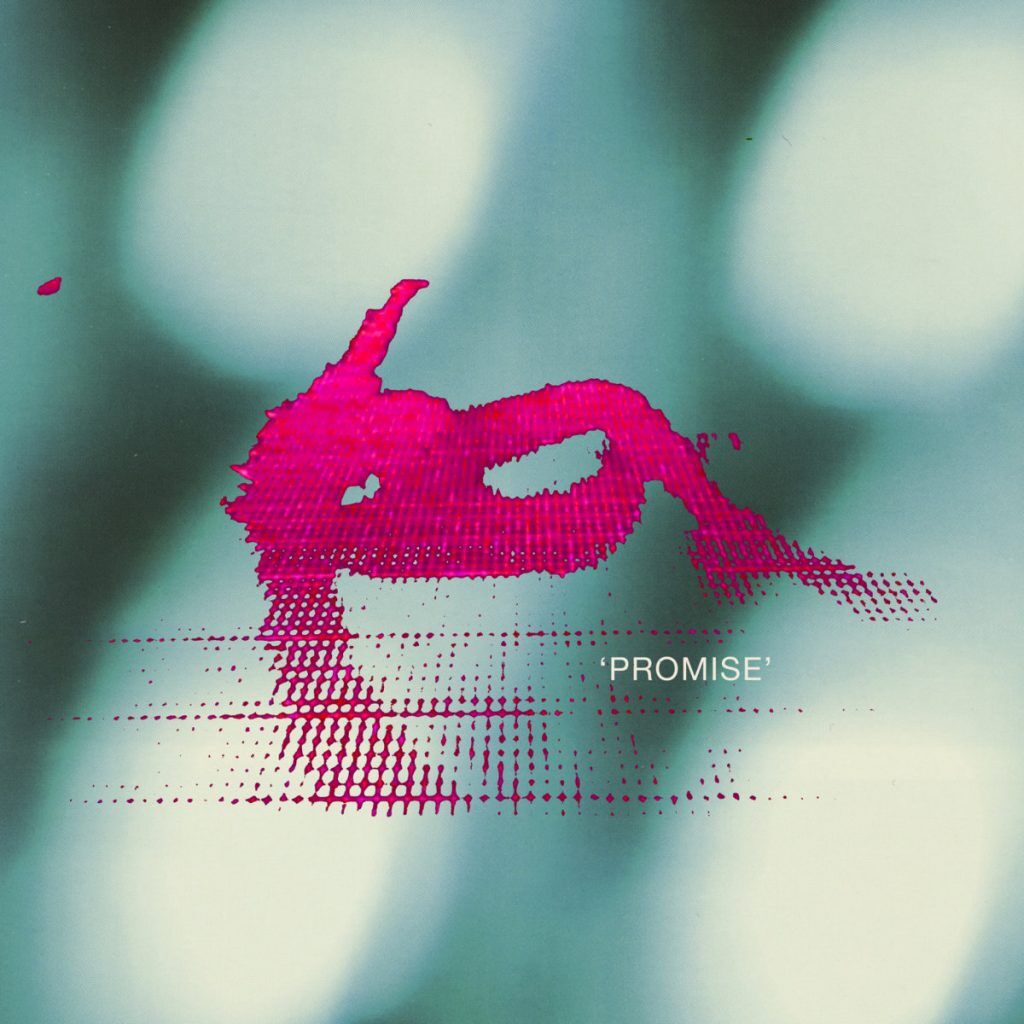 Before the actual auction a six-second teaser of the tune was released to urge the fans. The track was sold for 13 ETH which was around $23,000 at the time. 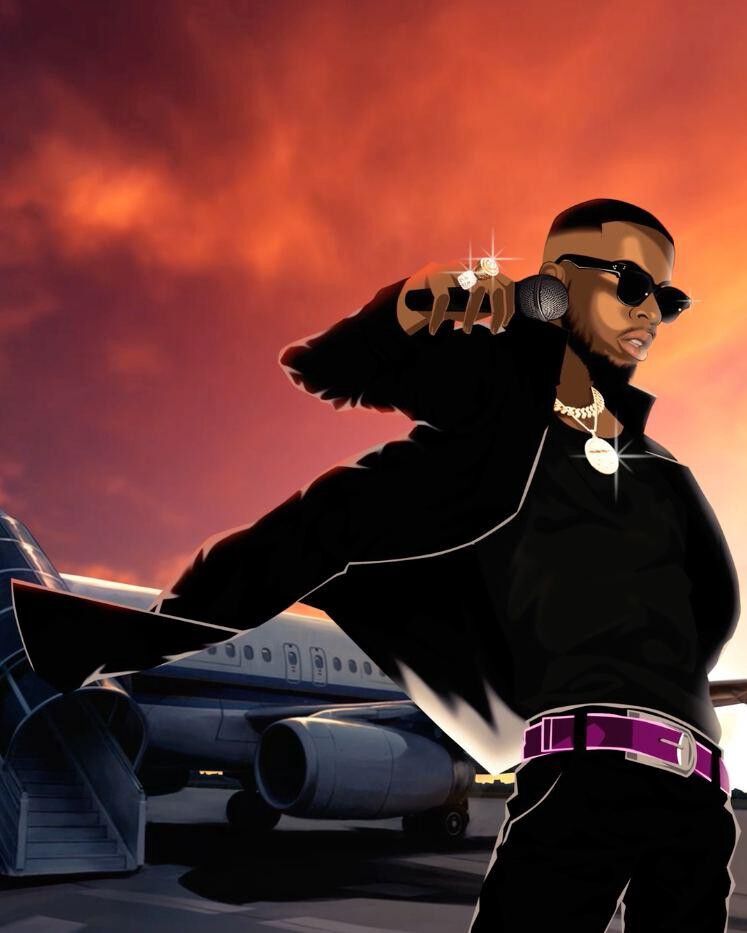 Tory Lanez released his album Playboy along with three unreleased tracks as NFTs on March 4, 2021. It was expected to sell out and it actually did. He apparently earned around half a million dollars in 24 hours after release just out of selling NFTs. 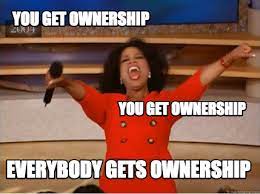 Since NFTs have unique identifications artists are given ownership over their products. NFT has a solid built proof-of-authenticity which makes it a more valuable asset to have.

This ownership increases the interest for such products, therefore, raising the price is possible.

Since they are unique they become collectible to the human eye. Remember that unique and rare things tend to catch anyone’s attention.

They’re like collectible letter stamps which have a unique image for each. This uniqueness cements their rarity and, thus, increases their value. 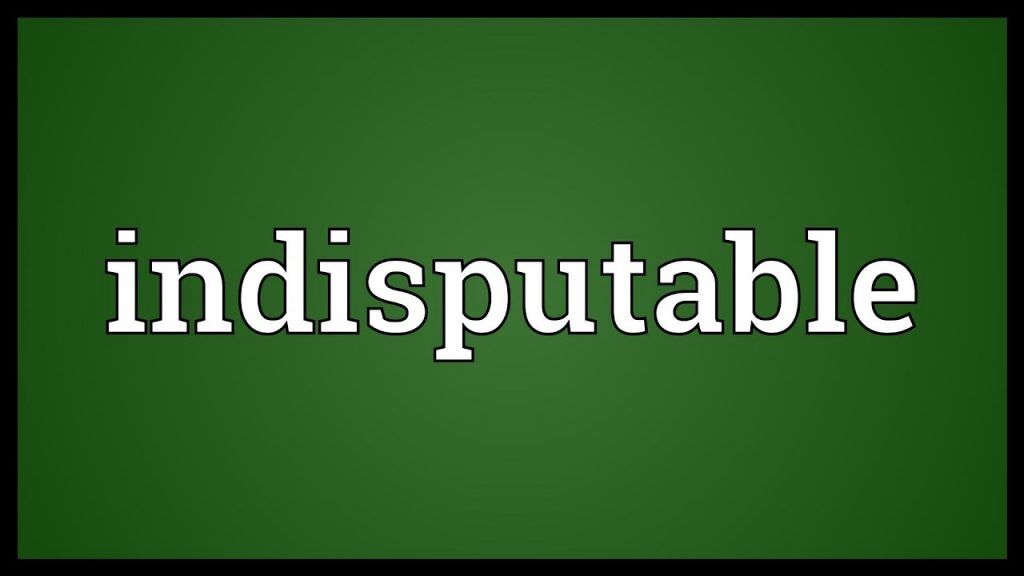 Since NFTs are blockchain-based, they will never be altered, erased, or replaced. These three qualities will help prove the origin or authenticity of the token when the time comes.

Every new technology will always have disadvantages and here are some of NFT’s: 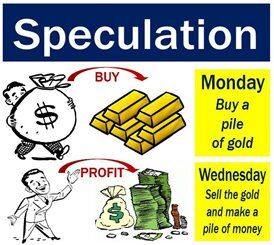 Economics is already a hard topic to study, and it’s even harder with predicting economic trends. There are questions of whether NFTs have any true value, are they worth the investment, are they just going to be a passing trend? It’s difficult to say for sure and only time will tell.

The unique imprint of the token will never be compromised, However, the digital assets of the token, like the image or song can be copied. It’s much like those who buy the actual DVDs of a film will have ownership of that certain DVD but the film itself will never not be pirated.

In actuality, what your fans are really buying from you is the authenticity of the product. 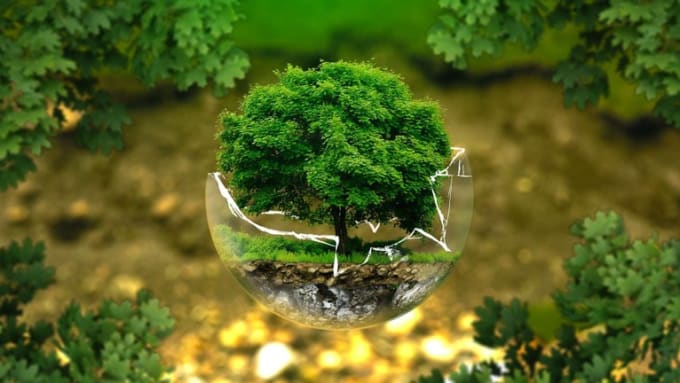 There have been debates online on whether NFTs are better adapted when we think of the future. I tell you, that future is bleak because NFT has environmental costs. To insert entries into a blockchain, NFTs require a lot of computer power.

Energy resources are consumed by computers to make this possible and most of it leaves carbon footprints behind.

They can be stolen from you. The technology behind NFT is quite secure, however the platforms used for the exchange mostly aren’t. This leaves it vulnerable to cyberthieves.

We’ve explained NFT and how you can earn from it. We’ve also listed 5 successful NFT releases done by musicians. Lastly, we gave you both the advantages and disadvantages of it.

The question now is, are you going to jump into that wagon? Choose wisely. Good luck.

We are halfway through the second half of the year and things in the music industry are doing great so far. There has been a stream of 2021 mid-year reports released and shared by organizations and businesses. Though 2020 was the year vinyl records finally surpassed CD sales in the US after so many years, […]