Posters are great as a standalone merch item, a packaging for your CD, or as an add-on to your album.

When they’re done right, they’re a good promo item and fans would want to collect them, too.

To help you decide on the concept and design of your poster, here are seven contemporary poster ideas to get inspiration from. 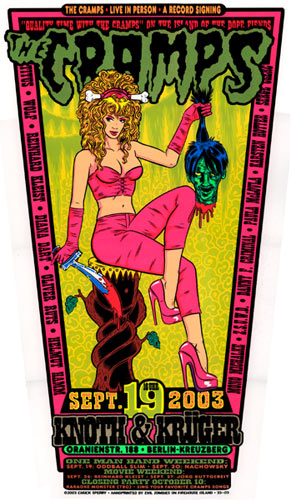 If you want to have something like this, then it would be best to hire Mr. Sperry for it. But I’m pretty sure he’ll be an expensive artist to have so I guess you’ll have to just draw inspiration from it.

What’s even more cool about this, though, aside from the art itself is the fact that it was printed using the silkscreen method.

Moreover, the shape of the poster is not the usual rectangle shape.

Black Keys’ gig poster for their show on November 4 in Sacramento, California was such a beauty.

The poster was titled “All Things Glow” and had the size of 12” x 36”. It was a limited edition signed poster with only a hundred and sixty copies.

The awesomest thing about this poster is that the design truly glows thanks to the color scheme used to create it.

So if you want to have the same effect as this without the use of glow in the dark inks, then you better pay attention to the color scheme. 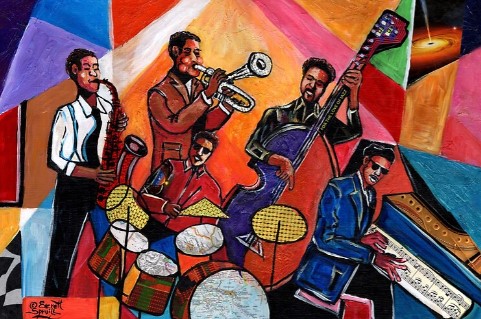 This poster is a mixture of random colored shapes and drawings of instrumentalists.

If I may give a suggestion, why not try incorporating an actual photo of your band against a background with the same feels instead of an artwork of yourselves.

Or maybe have yourselves drawn in black and white, to really put emphasis. 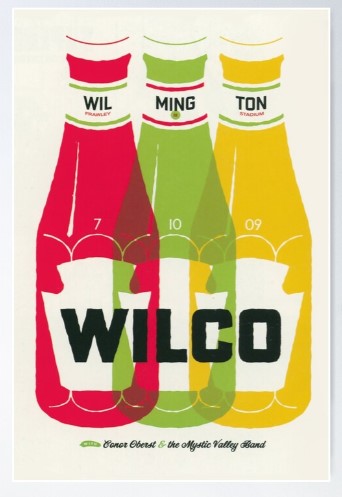 Wilco’s The Concert 2009 Portrait Poster is such an iconic poster design.

It’s one of the most fan-loved designs to the extent of its design still being attached to not just paper but also shirts.

The cool thing about this is that it doesn’t even show the members of the band but when you see it you know what it is. It’s especially great that the subtle details of the poster promotes the band’s concert.

#5 BLANKSY’S SPACE GIRL WITH THE BIRD 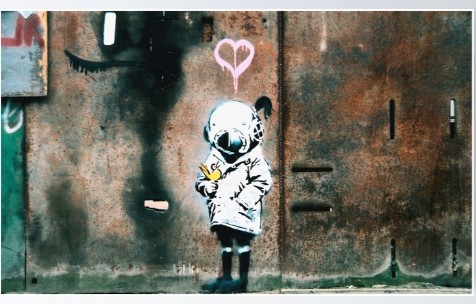 This poster was originally spray-painted onto a rusty metal wall, and now it’s being reproduced as a poster.

What makes it aesthetically pleasing is the grungy and old effect it has which is perfect for a soft rock release or a sad emo one. 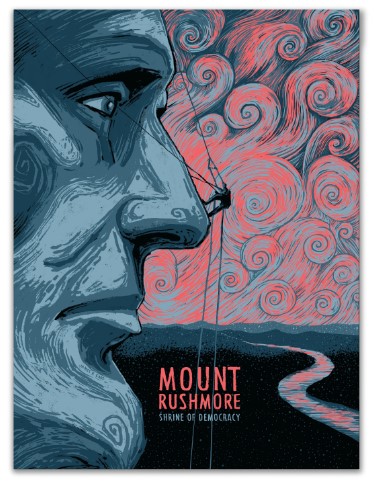 This Mount Rushmore poster was commissioned in 2016 as one of the album covers for Adam Young’s scores that were inspired by various historical events.

It is a four-color screen printed poster that was hand signed by the artist and numbered 1-25, since there were only a limited copy of it.

The best thing about this poster is that it does not only look great but also tells a story that many of us can relate to, history. 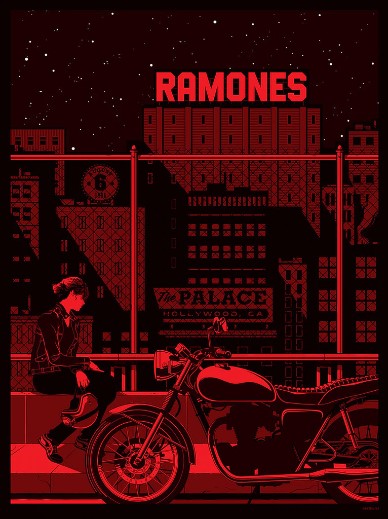 Last but not the least is the poster Ramones released by Warner Bros Records.

They had an art show where they hired artists to create posters for bands that were once under their label. And this was one of those that really stuck.

The Ramones poster was all black and red with subtle details of the band’s last show in 1996 at the inoperative Palace.

But what really gave that impact was the white stars that literally looked like their twinkling thanks to the black sky and altogether black and red color scheme of the poster.

And… we are now at the end.

They were extremely cool, right? So which poster do you like the most?

If you feel like you’re stuck, look for more inspiration or give us a call so we can brainstorm because in case we forgot to tell you, we make the best posters in town!

Increase Sales of Your T-shirt Business in 10 Days

Must-Read: The Art of the Album Cover

“How can something so square be so hip?” Designer Richard Evans, The Who’s in-house designer for 35 years,  sets out to answer this question in the new illustrated history of the 12in album sleeve.  In this glossy hardback, he provides a comprehensive overview of over 70 years of album covers. Evans recognizes that everything changed […]