In releasing your vinyl record album, you will certainly have to decide on what kind of vinyl packaging you want– whether it’s the single vinyl jacket or the vinyl gatefold jacket.

There are many types of vinyl jackets available today, but we’ll be focusing more on these two because they’re the standard.

Let me first help you distinguish between the two. 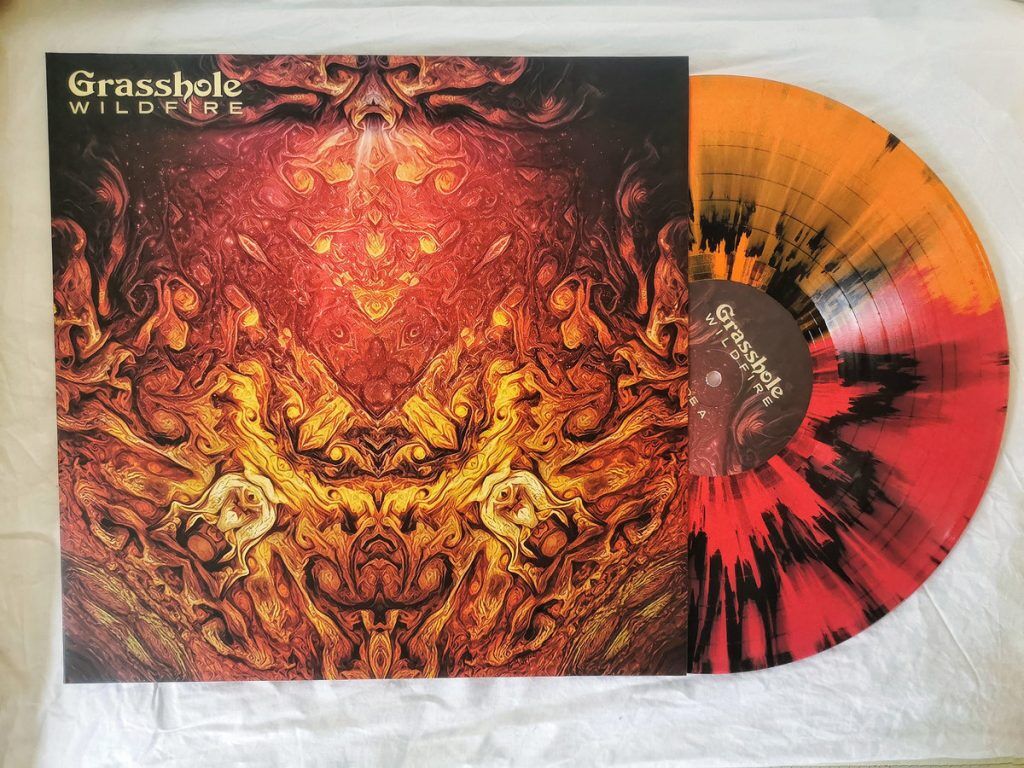 The single vinyl jacket aka the standard vinyl jacket has two panels. It can be full printed on both the front side and back side. It houses only one vinyl record and may have a spine or not.

What is a vinyl gatefold jacket? 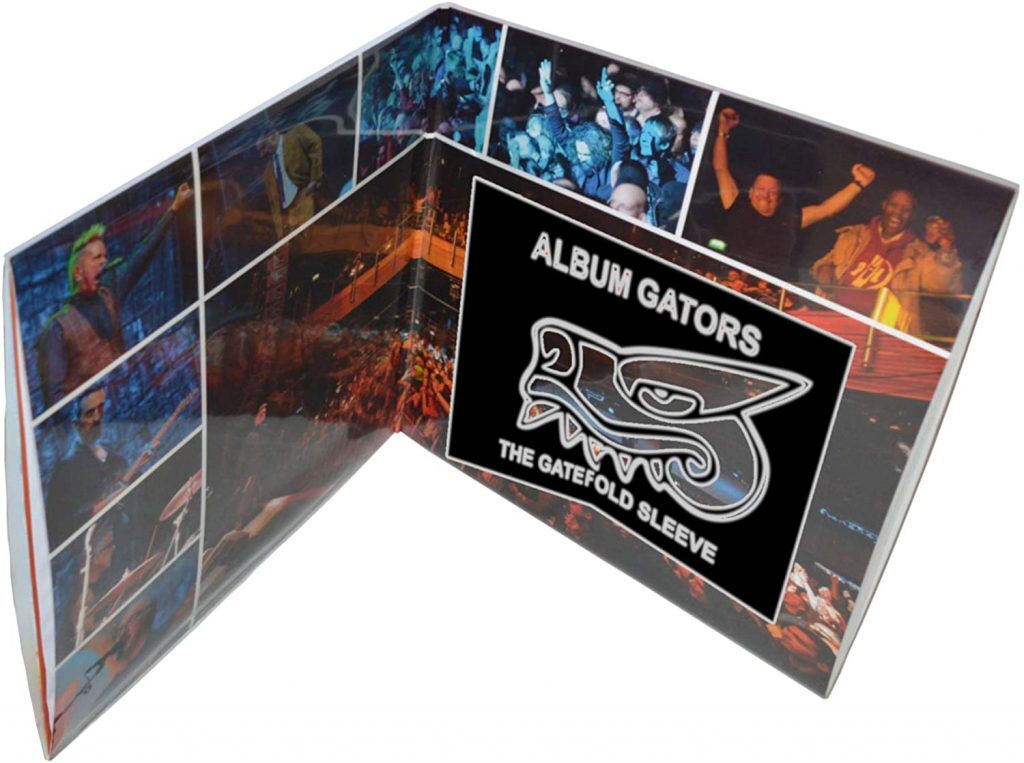 A gatefold is a two-sleeved jacket that is connected at one side with a spine. In a way, we can consider vinyl gatefold jackets as having four panels that can be printed on.  It can hold two vinyl records or one vinyl record with a booklet/poster on the other pouch.

Now you might be wondering which is the better choice for your vinyl. It depends on the situation and circumstances actually.

Here are some of the factors to consider in choosing whether you should have your vinyl in single vinyl jackets or gatefold jacket:

#1 The number of records you want to press 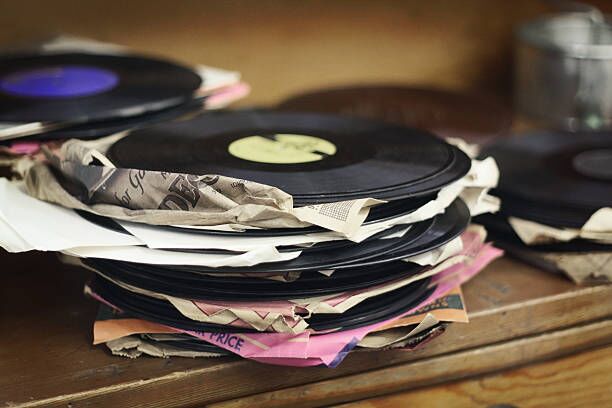 Vinyl records have a minimum time of playback so having a 40-minute long album pressed on a 10” vinyl would be best separated into two vinyl records. If you’re planning to have this double record album, then a vinyl gatefold jacket would be the best choice.

Choosing a standard vinyl jacket for a double record album would not be economical at all, because you will have to designate two single vinyl jackets for just one album. It would also be burdensome because you will surely have to provide another set of artworks for the other sleeve. It might even confuse your fans.

But I’m sure that when you proceed with the vinyl pressing, the company that will be manufacturing your vinyl pressing records will suggest you have the gatefold jacket instead of the standard single one.

If you have one record for your album release, then I suggest you have your vinyl record on the standard single sleeve jacket. You’ll be able to save some money this way too. 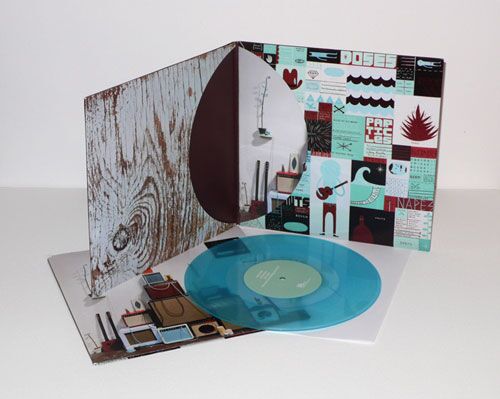 Most artists add inclusions to their released albums, whether it’d be a CD album or vinyl record album. The inclusions I’m talking about are those printed inserts, posters, booklets, photo books, lyric books, and more.

If you have plans of putting some of these inclusions, it would not hurt to consider having the vinyl gatefold jacket. That is if you only have one vinyl record. This way you can have one sleeve holding your vinyl record, while the other holds the inclusions.

Having two vinyl records for your vinyl gatefold would be impossible for you to add those book type inclusions. Printed inserts on the other hand, can be pushed through since you can just insert them in between the two folded vinyl record sleeves.

If you don’t have any plans for inclusions and only have one record to release, then you can just have the standard one. 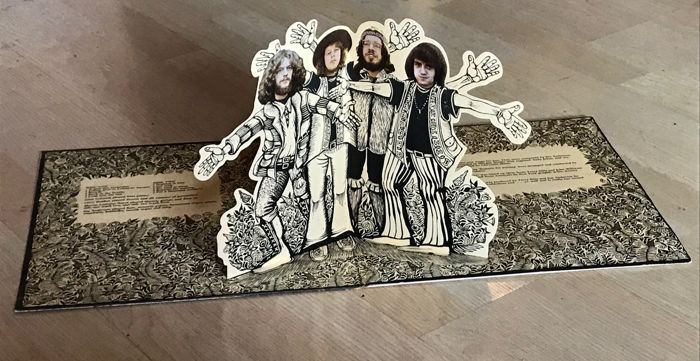 What we see on the front side, mostly, of a vinyl album jacket is what I mean when I talk about artworks. They are these images or visual art pieces that visually attract fans to persuade them to buy your album.

The advantage of having the gatefold jacket is that there is an added space for extra artwork you can use, or maybe a combination of artwork and texts, which can be your message to fans or listeners or maybe your songs’ lyrics.

If you do not have any extra artwork you think will fit with your album’s concept then it would be best to just submit the artworks for a single vinyl jacket to your vinyl pressing company, that is if you only have a single record.

And even though you have an extra artwork, but you have only one record and are not even considering the addition of inclusions, then it would be best to just stick with a single vinyl jacket. It would help you keep some of your money. 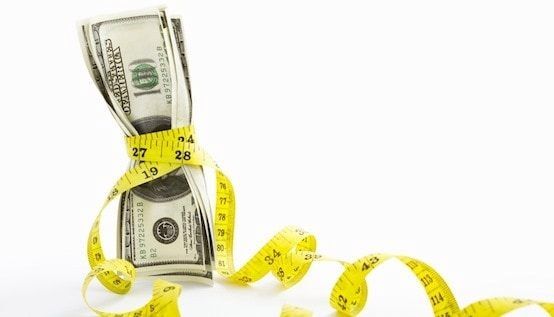 Lastly we have the budget. This of course is the biggest factor to know which is the better one for your vinyl album release. Even if you want to have your 45-minute full album on a vinyl record, but you know your budget won’t make it possible, then you’ll have to handpick the songs you want to have on a single vinyl.

If you have a low budget then you might have no choice but to release your album with just a single sleeved vinyl jacket, inner sleeve, and one vinyl record. You can, of course, postpone this if you really want to have a better release. If you have a enough budget, then you can decide either having a standard vinyl jacket or a vinyl gatefold jacket.

And there you have it, folks! I hope it helped you decide on the better jacket for your project. In case you need a company for vinyl pressing and vinyl packaging, we’re here to serve you!

All You Need To Know When Designing CD Album Art

If it’s your first time to make artwork for a CD cover or CD packaging, then the best thing to do is to not do it yourself. Hire a legit CD packaging designer like the Dodds Sisters (they’re awesome)! But if you prefer to do it yourself, especially because they really are not so cheap, […]