So, you just finished an album and you want to come up with viral promotion ideas to market your music. You figured that viral marketing is the shortcut to getting the recognition and fame that your music deserves. With thousands of bands competing for recognition, it is indeed wise to come up with a gimmick or two just to get initial attention.  Good music is good music but no one would know about it unless you ram it down their throats—well, in this case, ears. And the best way to ‘ram’ it is thru viral marketing techniques.

Without further ado, let me present to you some of the most effective viral marketing techniques  bands use:

Yes, we all know how Youtube can make celebrities overnight. OK Go’s music video for “Here it goes again” (2006) is the best example of a viral MV. The video was just shot in one of the band member’s home with 8 treadmills and really cool dance moves. The video itself is compelling enough for people to want to share it with everyone. You can read What Makes OK Go Videos Go Viral Every Time to get some tips.

The video was so popular, in fact, that it helped shoot the single into both the US and UK Top 40 charts. “Here It Goes Again” also won a Grammy Award for “Best Short-Form Music Video” in 2007.

If you want to make viral videos, make sure your concept is exceptionally interesting and unique. You do not have to have expensive equipment- all you need is a good concept and good lighting. People now have even shorter attention span so you better make them interested right away before they label you “just another indie band trying to make a viral MV”.

Yes, a lot of artists have promotional flash games nowadays to promote their music. One example is Lily Allen’s “Escape the Fear” flash game. Unlike other promotional games, this one has great gameplay and has a plot on a par with the typical retro game. In other words, it’s really enjoyable that players will forget it’s just a marketing tool. What makes it effective is that by the time you complete the game, you’ll have ‘The Fear’ looping in your head all day. You’ll also get a free MP3 sampler of the forthcoming album. How rad!

Now, how do you make a flash game become effective in marketing your music? Before anything else, what is viral marketing? According to Seth Godin, Viral marketing is an idea that spreads–and an idea that while it is spreading actually helps market your business or cause.  Oddly, some marketers and bands do not pay attention to the last part. In order for a viral marketing idea to be effective, it has to market you or your business in a tangible, useful way. So if you want to make a viral mini-game to promote your new album, then aside from it being a really fun game to play, it should be clear from the start that you’re promoting your album. You want your promotion to lead to sales. I will reiterate: The game should be quirky, fun, and viral but it should have a clear message and most importantly, translate to sales. 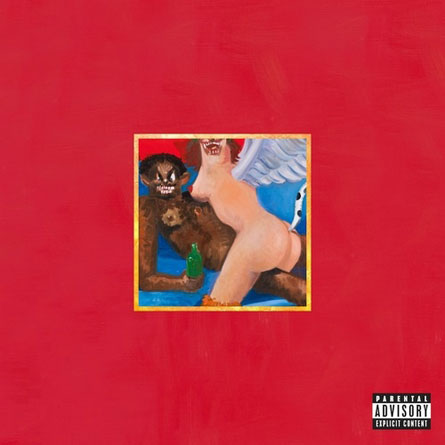 I’m sure you’ve hear about Kanye West’s promotional stunt of his “banned” CD Packaging. The album artwork for his latest album My Beautiful Dark Twisted Fantasyhas a chimp sitting on a couch with a sex doll.He said that Wal-Mart banned his album art so he made 5 album art versions. He made such a big deal out of it that it became a buzz a month before his album’s official release. Well, you do not have to go that far because, first of all, only Kanye can pull that off.

Another example is this viral CD packaging of Vampire weekend. It is a Polaroid photo of an unknown woman wearing a white polo t-shirt-simple as that. It became viral because they post it everywhere and people start to wonder who the woman is. 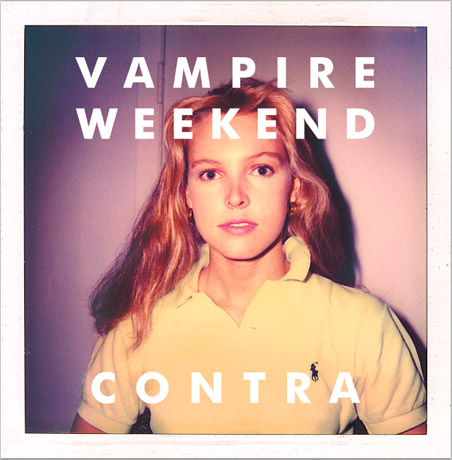 And another example is Mayhem’s Dawn of the Black Hearts (1995) album cover (ha! I just go on and on when it comes to CD packaging. I wonder why!). 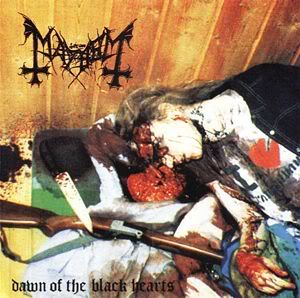 It is the creepiest album artwork I have seen because the man/corpse in this picture is the band’s vocalist, Per Yngve Ohlin aka Dead who committed suicide (RIP). His suicide note read “Excuse all the blood, cheers.” Read more about it here.

Rememeber Ok Go’s iPad contest on Facebook? They encouraged their fans to share one of their videos and whoever gets the most comments on their wall wins an engraved iPad. Okay, OK Go, you win! You really are the gods of viral marketing!

If you cannot afford an iPad, then you can simply give away MP3s or your band merchandise. The fans would love to receive any freebie from you. But if you really are aiming for viral, make sure the prize is worth their effort.

Are you inspired yet? Good!

Unified Manufacturing is a custom CD/DVD and Vinyl Manufacturing facility based on both sides of the US. Our clients range from indie artists to major label artists such as Stevie Wonder, Sheryl Crow, and Ringo Starr. If you need an Instant Quote on a project AND you want FREE SHIPPING ( free shipping on all quotes from the blog) – Then CLICK HERE.

Here’s proof that minimalist designs are the classiest. The typography and graphics of these CD packaging were screen printed right on the surface of the jewel case. As you can see from these examples, you don’t need to go crazy with your artwork to get attention. Subtlety works. Aphex Twin’s Syro Full Album Art and […]