CD packaging ideas? Or are you working on tons of album art day in and day out that you’re creative juices are about to run out? I hear you. It’s tough. Working with the same materials and way too similar concepts for ages will eventually leave your brain cells dry. This is not good for your client, and especially not good for you! It will eventually make you question your capabilities as an artist. If you’re sick of designing the same stuff over and over and over again, don’t quit! Instead, try something new! Here are some creative CD artwork ideas that you might want to try: Make special boxes. If your client doesn’t have a definite idea of how he wants his album to look like and he’s asking creative CD packaging ideas from you, then you can suggest having a die-cut CD packaging. This will put a bit of dimension and, possibly, spunk to your designs. These special boxes need not be too expensive or elaborate. All you need is a good concept. After designing for standard jewel cases for a very long time, this will give you a creative boost. 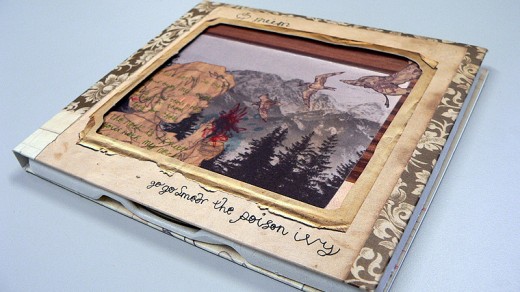 Pay Homage. To make an homage is to show respect or honour towards someone or something. For example, if the band is so in love with the works of Hitchcock (the filmmaker), you can make an album cover that’s influenced by Hitchcock films. Or, if the band allows you to come up with whatever you want, think of a famous album cover that you really, really wished you designed…a CD cover design that really inspired you as an artist. You can imitate some parts of it or put a bit of twist to the design but make sure it’s clear that you’re paying tribute to the original and you’re not merely imitating the work. 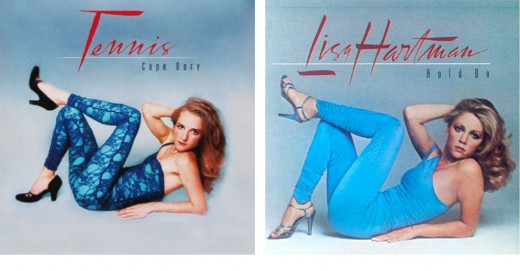 The album cover of ndie pop album by Colorado husband-and-wife duo Tennis is a near-exact replica of a vintage album cover by Lisa Hartman which was very popular decades ago. Poke fun. This is almost the opposite of homage. With parody, you poke fun to the original. It’s also called a spoof. You can do this by imitating the design and making a witty copy. If you want to make a parody, make sure the similarity is so obvious and that the album you’re spoofing is quite popular. 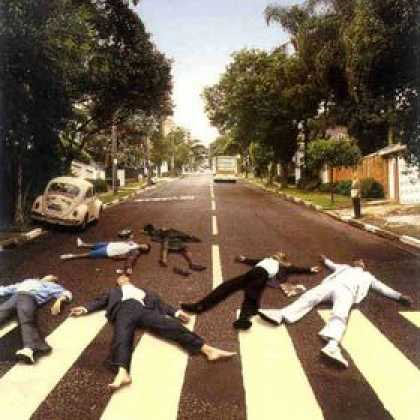 Argentinian comedy group Longua de Trapo unleashed this slightly dark parody cover for their 2000 live album ‘Vinte e Um Anos na Estrada’. Put a twist to your previous designs. If you’re already designing for the 15th album of a certain band, you need not come up with a totally ‘new’ concept. Look at the previous designs and think whether you have an album design that became famous or that deserves a comeback. Make sure you put a little twist to it- but make sure it’s only little so the fans would still get the point. Designing and conceptualizing album covers is quite challenging even if you’re doing to for years. Yes, the technical aspect becomes easier and easier but creativity will eventually start to mellow down. That is why it is very important that you take short breaks and try to work on 2 different projects at the same time. ___________________________________________________________________ Unified Manufacturing is an L.A. -based one-stop-shop that offers very affordable CD/DVD/USB replication, custom printing, promotional products, warehousing and fulfillment and many more. If you need an Instant Quote on a project and you want FREE SHIPPING, simply CLICK HERE.]]>

Sales of custom vinyl records increased by 14 percent over the previous year, with around 2.8 million units sold. This is a new record for vinyl sales since 1991, when the format had all but disappeared in the wake of the CD boom, according to a report released yesterday by Nielsen SoundScan. Unsurprisingly, the artists […]