Music and movies are two things we simply can’t live without so it only makes sense that we indulge ourselves with these pretty vinyl box sets of movie soundtracks. They’re all in eye-candy packaging with mouth-watering goodies that would make the fans go wild.

Here are some of our favorite vinyl box sets of movie soundtracks: 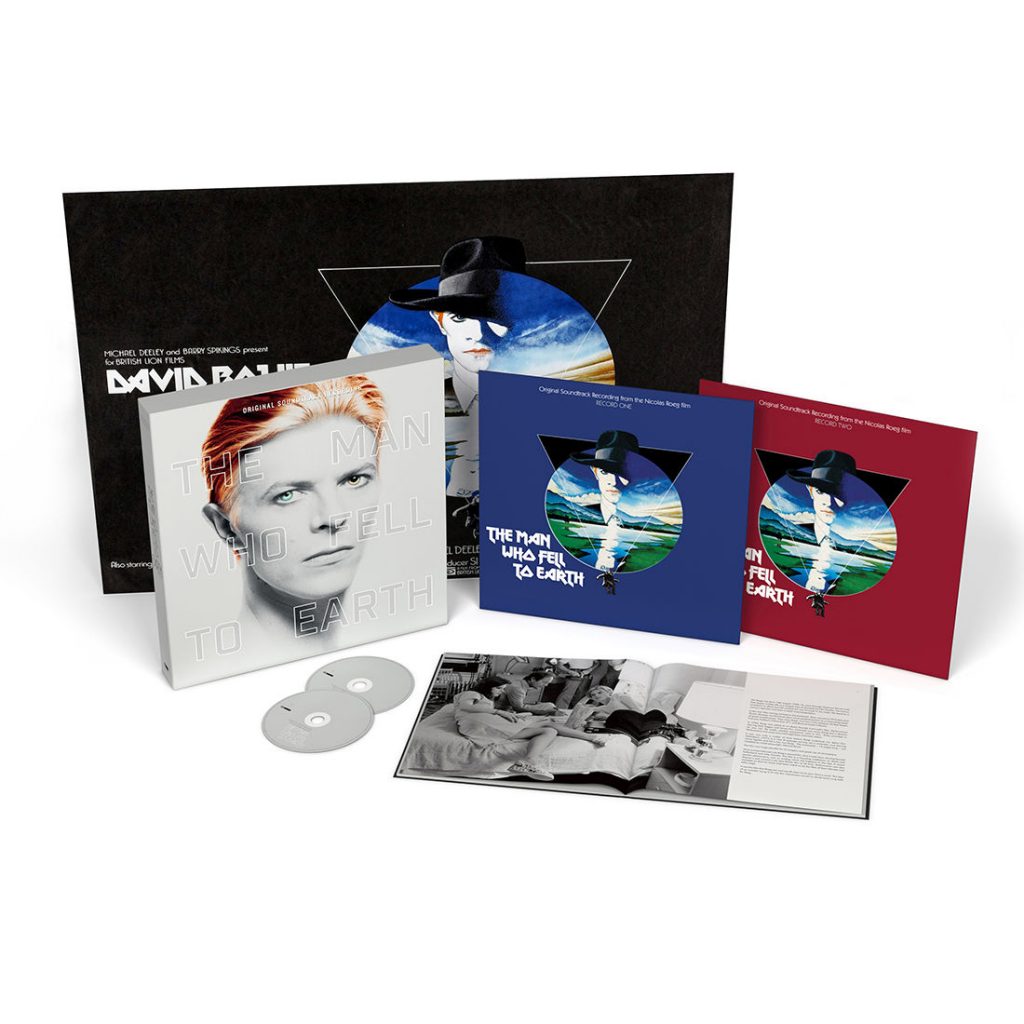 To celebrate the 40th anniversary of Nicolas Roeg’s enigmatic, David Bowie film, comes the release of the original soundtrack. Previously unavailable in any form until now, the soundtrack contains seminal pieces by Stomu Yamash’ta and John Phillips, who composed specifically for the film.

The film’s score has always been highly celebrated and long sought after by fans but until now unavailable as a body of work: it can now finally be acknowledged in its own right.

Little is known, and much has been asked, as to why the soundtrack was never originally released. Due to lost tapes recently being uncovered it is now possible to present the original recordings, remastered on 2CD, 2LP gatefold 180GM vinyl and in this sumptuous dual format Deluxe Box featuring the CDs, the LPs, poster and a 48-page hardback book with rare photos, and a new essay about from respected music critic and biographer Paolo Hewitt. 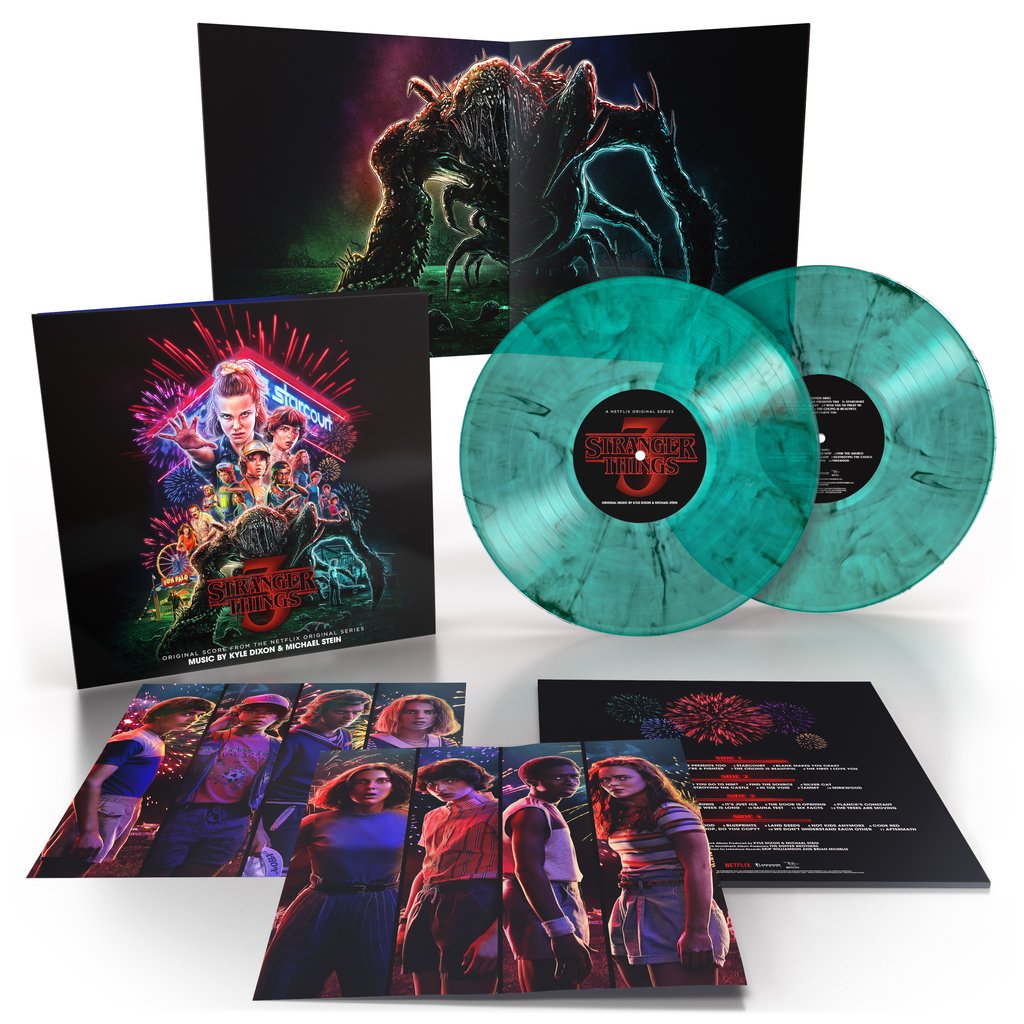 GRAMMY Nominated and EMMY Winning composers Kyle Dixon & Michael Stein’s score to ‘Stranger Things’ is perhaps the show’s secret ingredient. A mixture of icy new-wave hooks, spooky ambient textures and menacing drones which bring a spine-tingling ambience and a hauntingly beautiful nostalgia all at once.

The score comes housed in a deluxe heavyweight gatefold sleeve, with each record housed in a heavyweight board double sided printed inner sleeve. The package features stunning artwork throughout designed by Kyle Lambert. 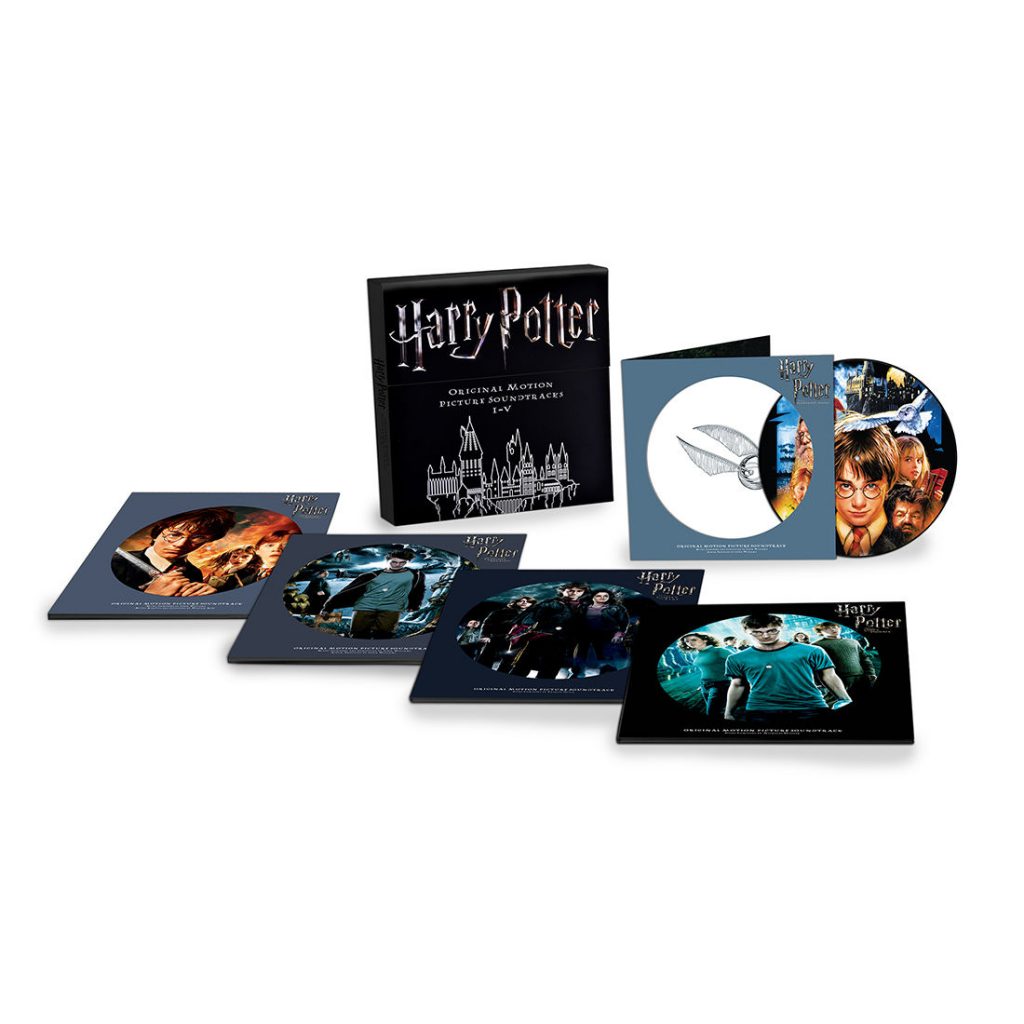 This brand new box will transport you to J.K. Rowling’s Wizarding World with a limited edition set that features the soundtracks to the series’ first five films pressed on vinyl picture discs (10 LPs).

Each soundtrack is contained in a gatefold sleeve that is die-cut on both sides. The images used for the picture discs are stills taken from the related films. The one exception is Harry Potter and the Order Of The Phoenix, which also features an etching on the last side of the LP.

A Star Is Born- Bradley Cooper and Lady Gaga 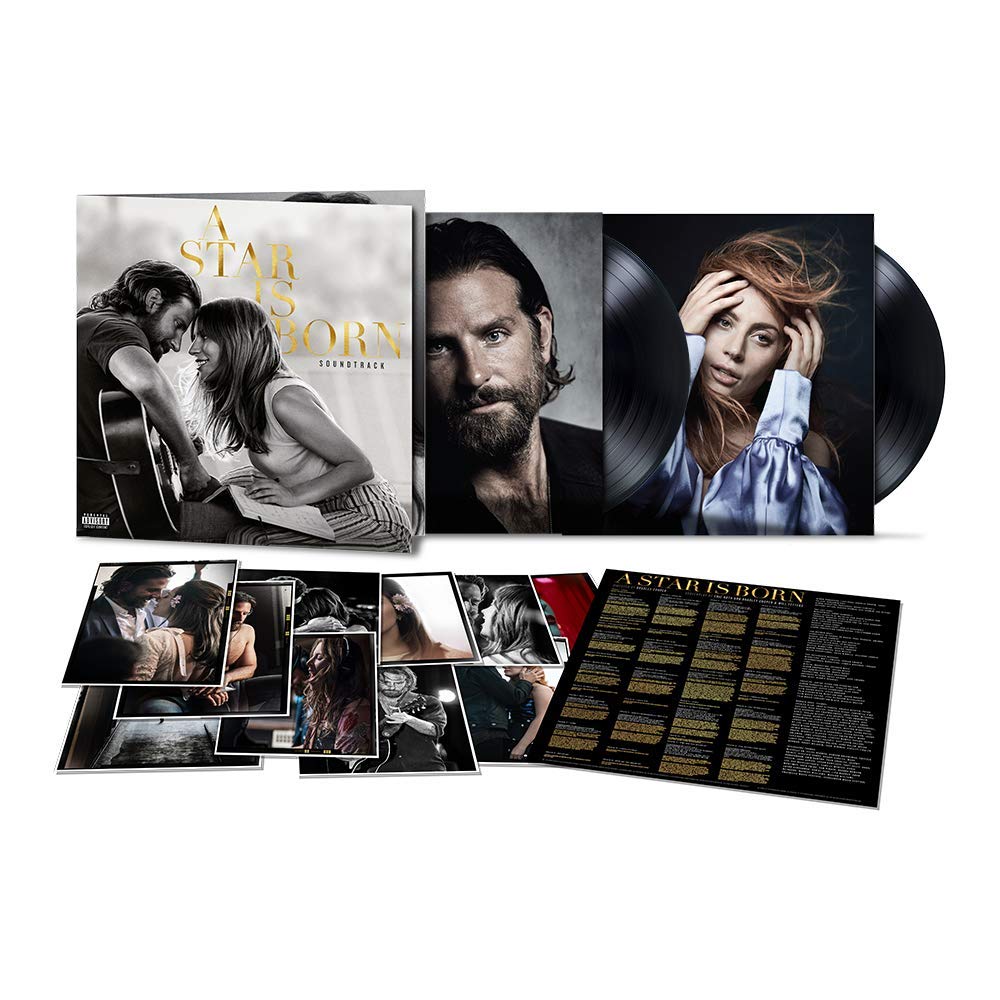 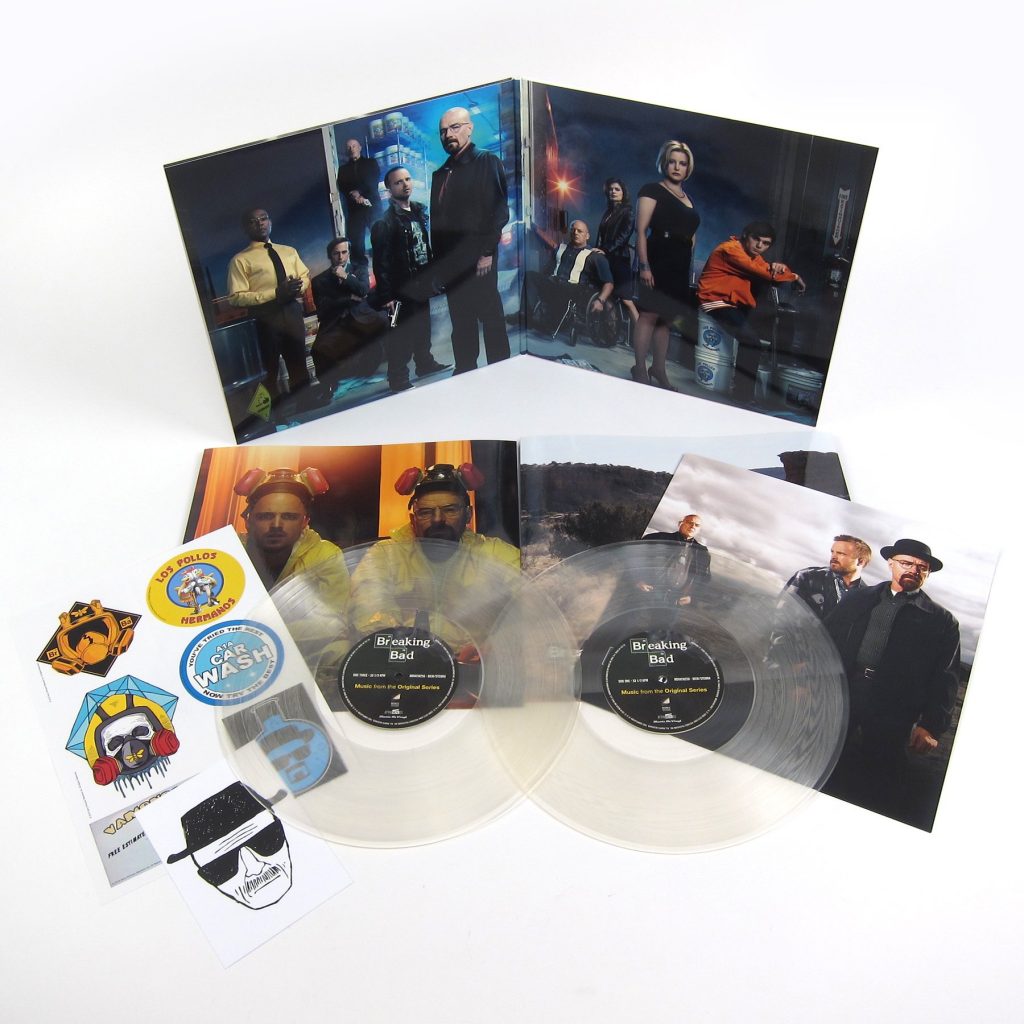 Don’t we all miss Breaking Bad? Let’s reminisce with this box set comes with clear vinyl in beautifully pirinted gatefold jacket, sticker sheet, and a postcard. 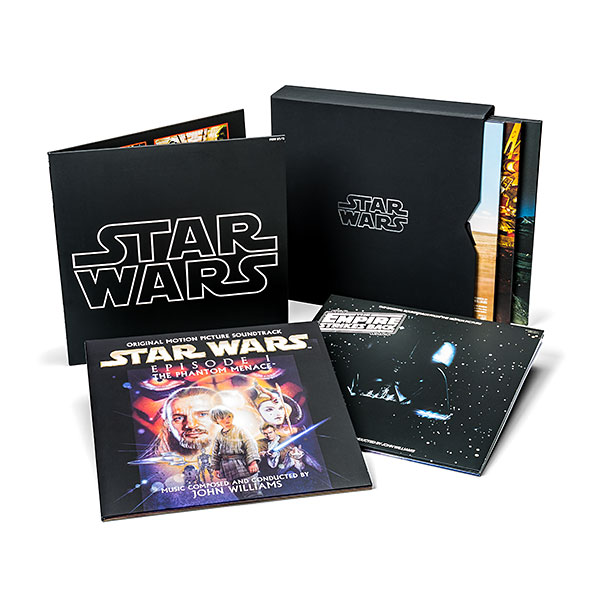 The ultimate collection spanning the original six episodes of Star Wars brings some of your favorite movie compositions to you pressed on to vinyl. The LPs are presented in a black, soft-touch laminated slipcase with an embossed, hot silver foil Star Wars logo. The soundtracks come in deluxe gatefold sleeves replicating the original artwork.

The Lord Of The Rings- Howard Shore 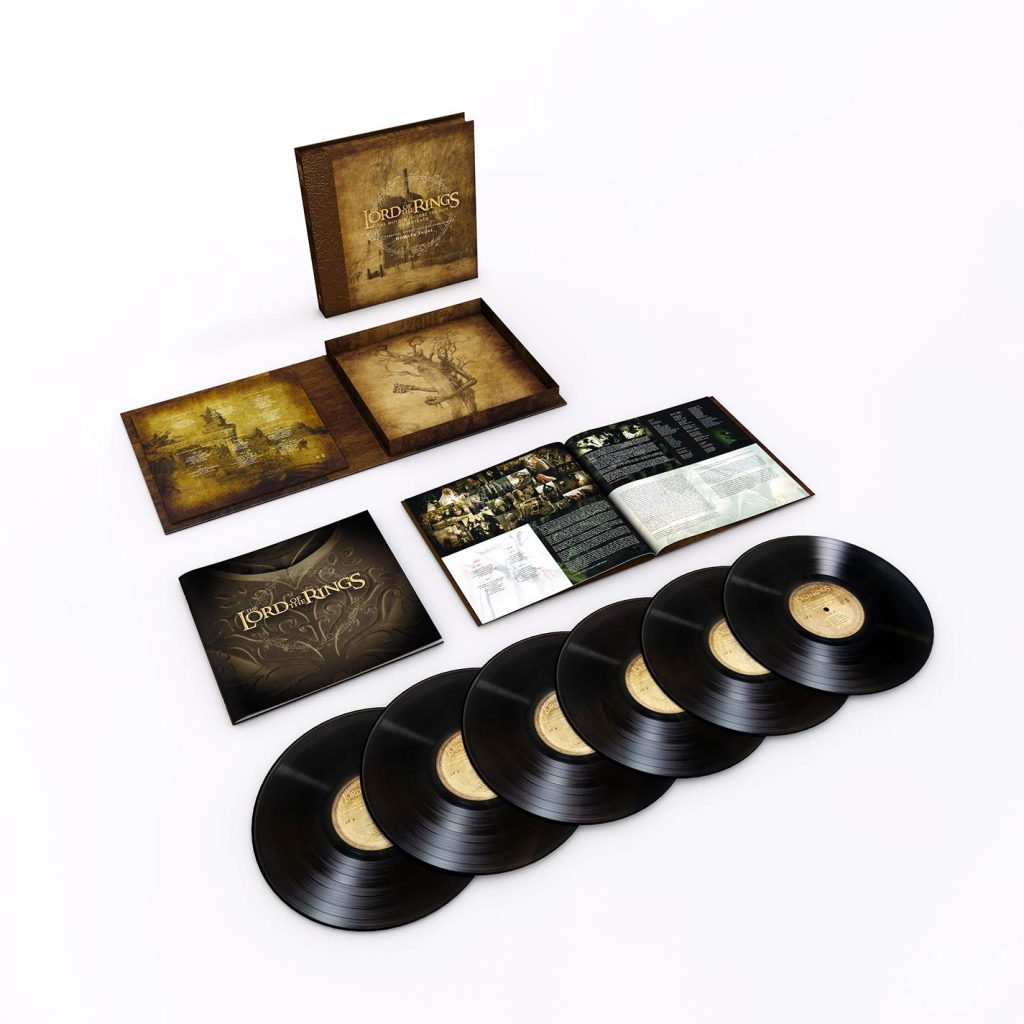 When it comes to epic cinematic adventures, they don’t come much more memorable than Peter Jackson’s LORD OF THE RINGS, so when the time came to secure a composer to pen the score, Jackson made sure to find someone who was capable of delivering an appropriately epic sound.

As music and film history reveal, he found that someone in Howard Shore, and now you can pick up a limited-edition set filled with the original soundtracks to all three LORD OF THE RINGS films on vinyl.

LORD OF THE RINGS: THE MOTION PICTURE TRILOGY SOUNDTRACK is a 6-LP set, with each of the LPs pressed on 180-gram vinyl, and the whole affair comes housed in a collector’s box with a leather-style spine. It sounds good, it looks good… What more could you ask for?

These vinyl box sets are not the cheapest but it’s cheaper than 100 cups of Starbucks latte. Definitely worth adding to your collection or giving it as a gift to surprise your favorite vinyl and movie addict friend.

YouTube, can create a MySpace, Facebook, Twitter account for their band promotion, can blog about their lives to gather followers.  And if they have the recording equipment and CD burners at home, they can actually make their album at a very small cost.  Anyone can do that.  Anyone. The setback is that with millions of […]