If you love vinyl record soundtracks and you love classic films, this list is for you!

In order to be able to call a film a great, it definitely should have a good soundtrack. Film is, after all—or should be, an AUDIO-visual experience.

The soundtrack helps set the mood, helps the audience understand the feelings of the characters, and also affect the audience’s emotions when watching a scene.

The best soundtracks are those that let us remember a certain scene vividly when they are played in the background, and we just got a list of those in this article.

Mind you, these are vinyl record soundtracks to classic films I’m sure you or your parents might know.

What’s even more exciting is that they have all been released on vinyl records.

Check out what we consider the best of the best classic movie soundtracks pressed in vinyl format. 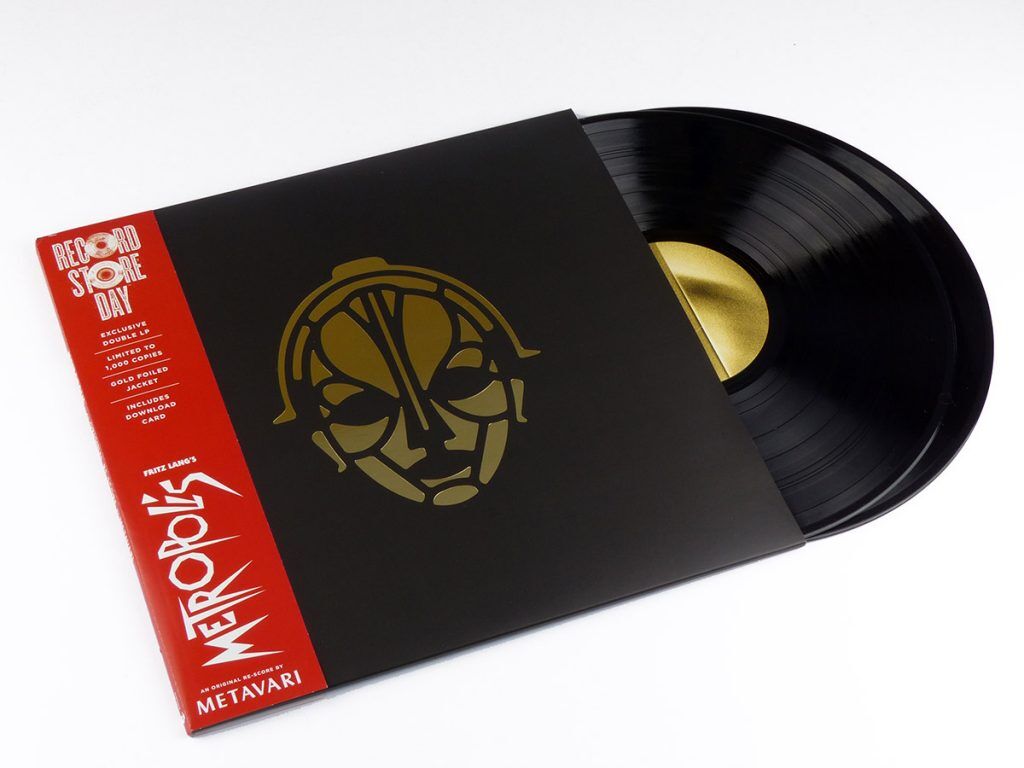 This iconic German science-fiction film depicts a stylised futuristic metropolis with a beautiful and cultured utopia rising above a gloomy underground world populated by oppressed laborers.

It stars Gustav Fröhlich who plays the main role of Freder, a privileged youth.

Metropolis’ rescore was performed alongside the film on Art House Theater Day of 2016 and got a vinyl record copy for the first time in 2017.

The vinyl copies were exclusive for 2017’s record Store Day.

It was a double 12-inch vinyl record edition packaged inside a black gatefold jacket adorned with gold-foil artwork. 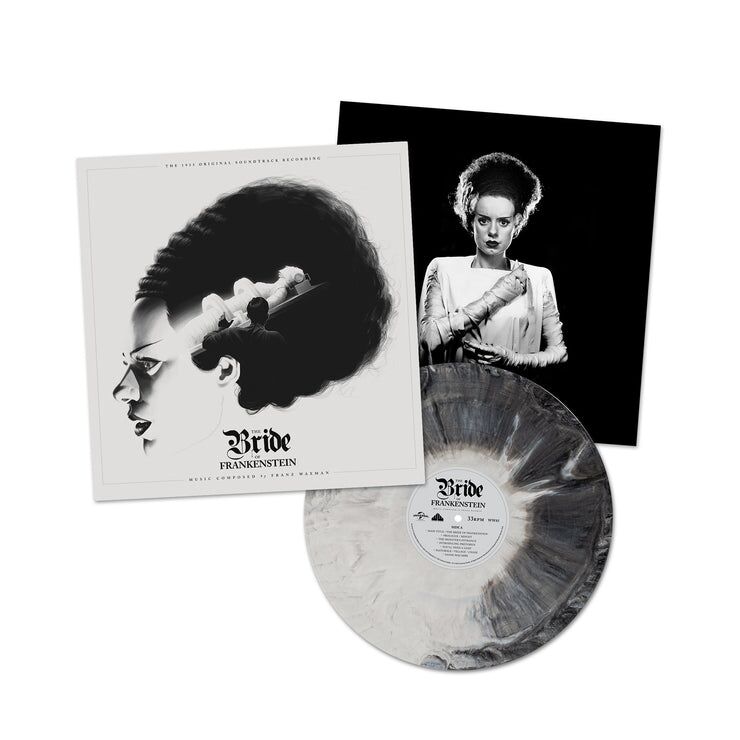 The Bride of Frankenstein, directed by James Whale and starring Boris Karloff and Elsa Lanchester, had a vinyl release of its soundtrack in celebration of the film’s 85th Anniversary.

The custom vinyl record is a black and white swirled colored vinyl which is stored inside an old style tip-on gatefold jacket.

It has a satin coating that improves the appearance of the new artwork by Phantom City Creative, not too matte and not too shiny. 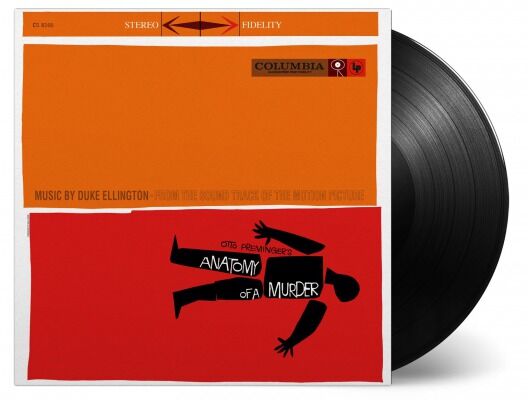 Anatomy of a Murder is based on the best-selling eponymous novel authored by Michigan Supreme Court Justice John D.

Voelker under the pseudonym Robert Traver and directed by Otto Preminger in 1959.

The available vinyl copies today are the remastered version of the film’s soundtrack.

The soundtracks are pressed onto a standard black vinyl record which is housed inside a printed single vinyl jacket featuring the original theatrical poster of the film. 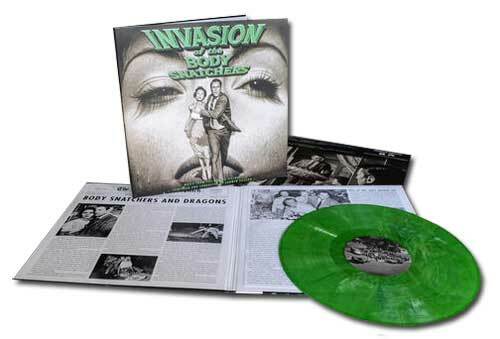 Paramount Pictures and The Carmen Dragon Music Library is one that features the original motion picture score to the classic 1956 sci-fi chiller Invasion Of The Body Snatchers.

The film is about an extraterrestrial invasion in a fictional town in California which stars Kevin McCarthy, Dana Wynter and Larry Gates, and directed by Don Siegel.

There are only a thousand units pressed for this limited edition vinyl record of the film’s soundtrack.

The tracks are pressed on one 12-inch vinyl record in pod-green color which is contained in a gatefold jacket that features a haunting original artwork by artist Miles Teves.

There are also in-depth liner notes included which are from the writer of the music, Jeff Bond. 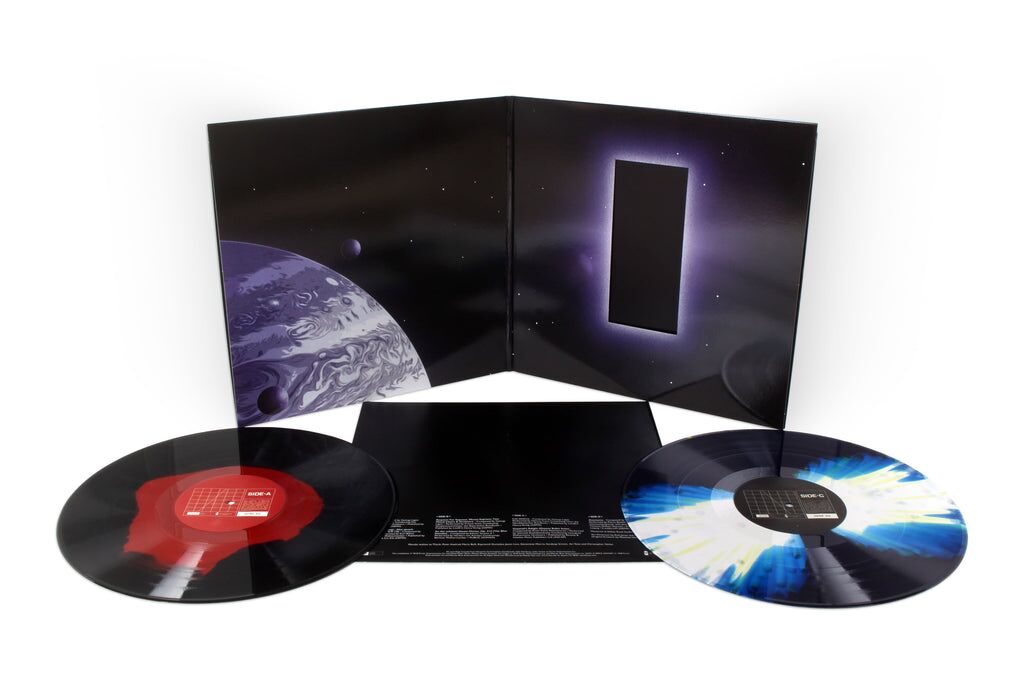 Stanley Kubrick’s 2001: A Space Odyssey is a subtle, beautiful meditation on mankind’s genius and foolishness.

It is one of the most important and controversial sci-fi films ever made.

And so was Kubrick’s last minute decision to leave out all the original scoring by legendary composer Alex North.

The soundtracks are pressed onto two 12-inch custom vinyl records. The two have black as the base with red splash on the center for the first one and a white and blue linear streak on the second.

The two are stored inside inner sleeves and sheathed inside a printed gatefold jacket. 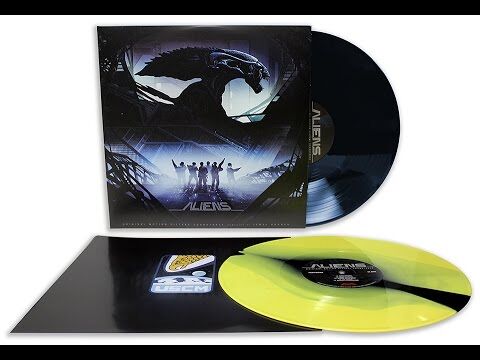 In the Heat of the Night is a mystery crime film that revolves around the character Virgil Tibbs, portrayed by Sidney Poitier, as he tracks down the real killer of a case he was arrested for.

The film’s soundtrack was released in a deluxe edition by Mondo.

The soundtrack’s deluxe edition includes more than a dozen of cause that have never been heard before which also include 5 bonus tracks.

The tracks are pressed on two vinyl records called Queen, with blue and black swirl, and Power Loader, with yellow with a black stripe. 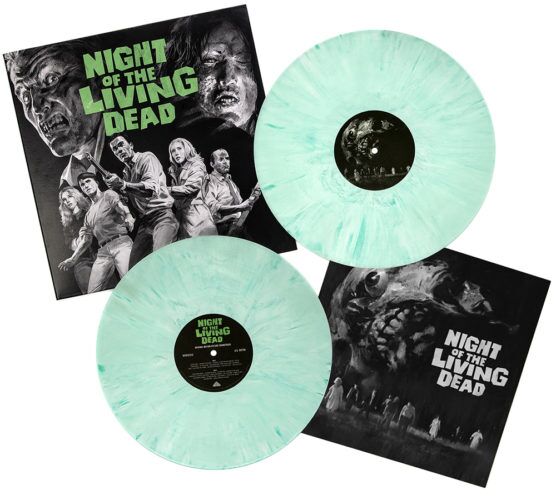 For the celebration of the 50th anniversary of the Night of the Living Dead.

Waxwork Records worked on releasing a 50th Anniversary Edition of the film’s soundtrack.

The gatefold jacket features Robert Sammelin’s artwork, and houses liner notes by Daniel Kraus, the author and a booklet of unreleased photos. 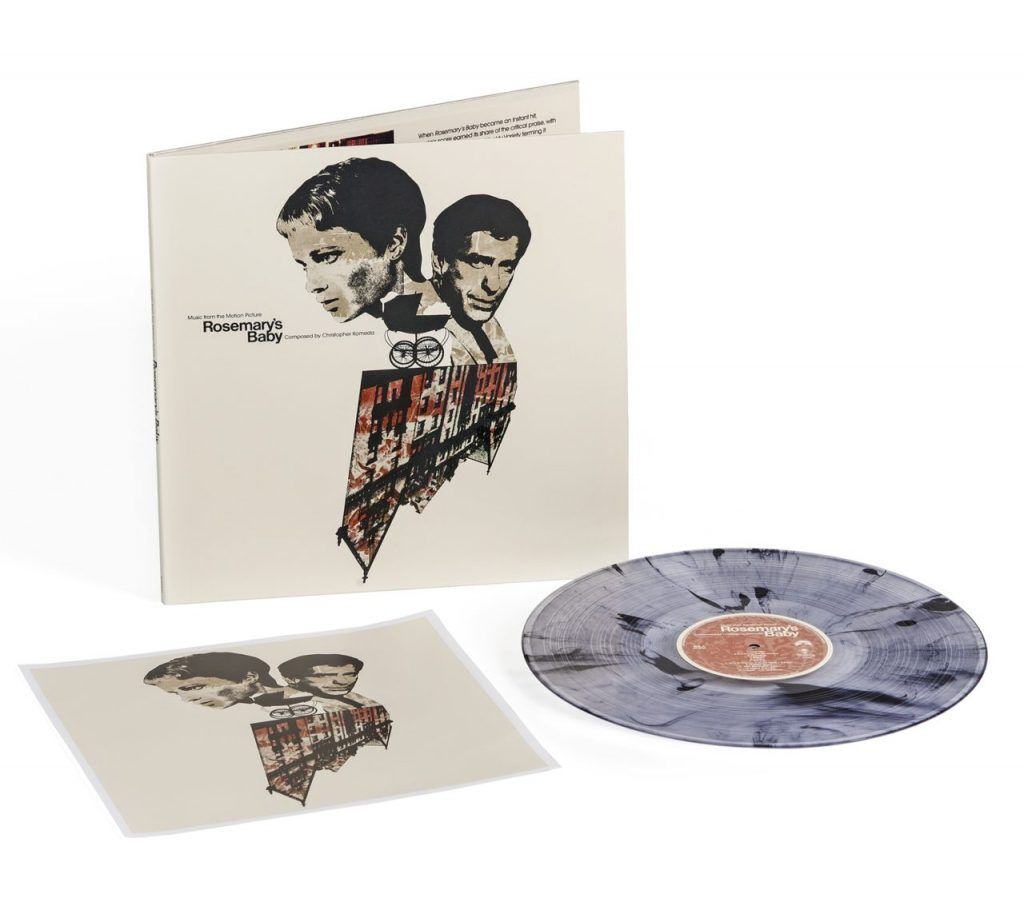 The film is about Rosemary Woodhouse, a mother who believes her son is some kind of supernatural being. 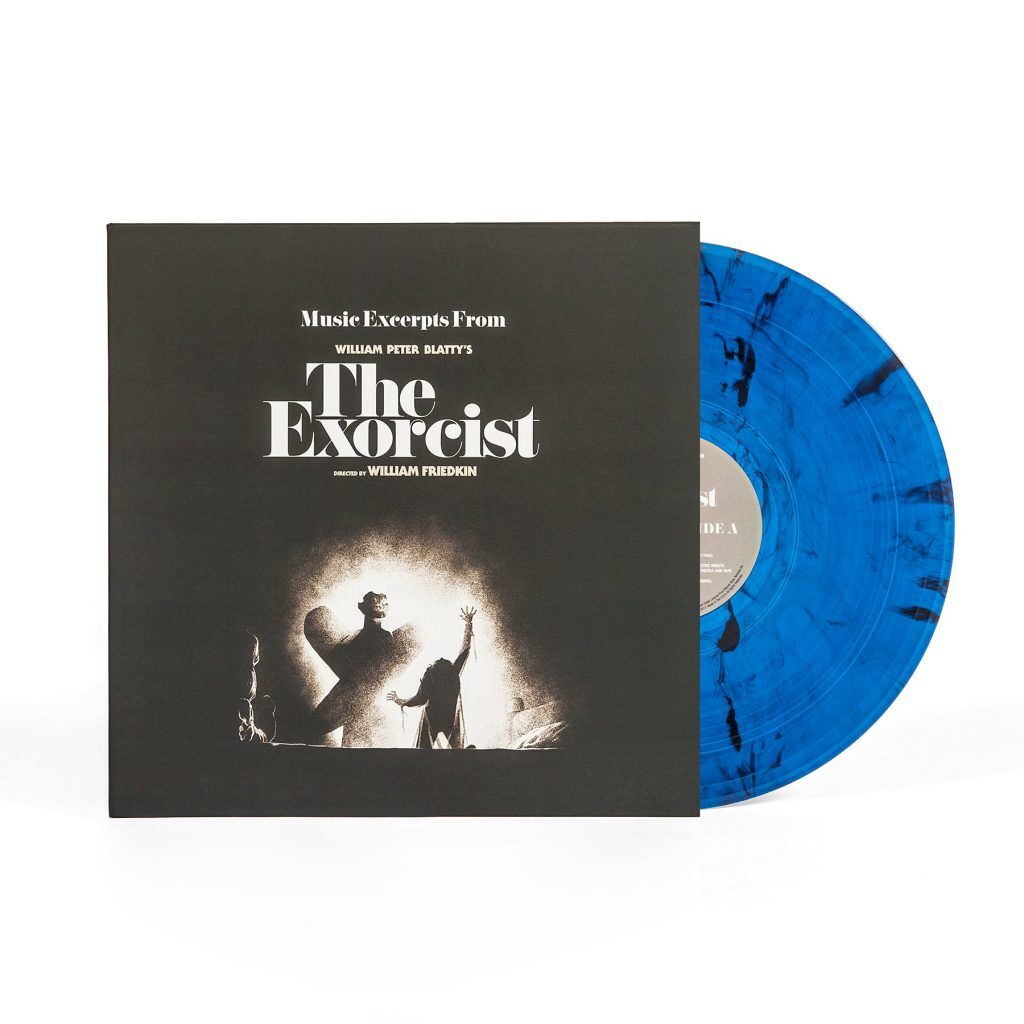 Waxwork Records did a collaboration with William Friedkin, the director of one of the most profitable horror movies, The Exorcist.

The deluxe soundtrack on vinyl record features the complete soundtrack of the 1973 film which has been remastered directly from their original master tapes. 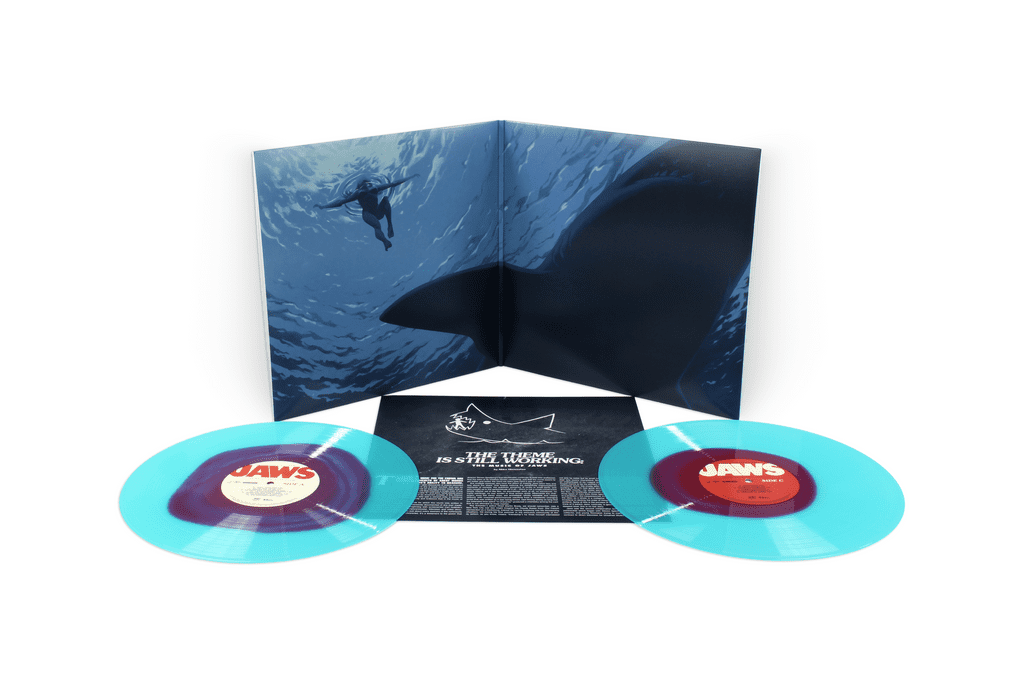 Jaws is a thriller film that centers on three individuals that engage in a battle between man and nature.

John Williams’ score for Jaws is an amazing must-have for collectors.

It is one of the best in film music and quite possibly the most memorable soundtrack to ever exist.

The tracks are pressed on two vinyl records in translucent blue with red color in the center dubbed as “Blood in the Water” vinyl. 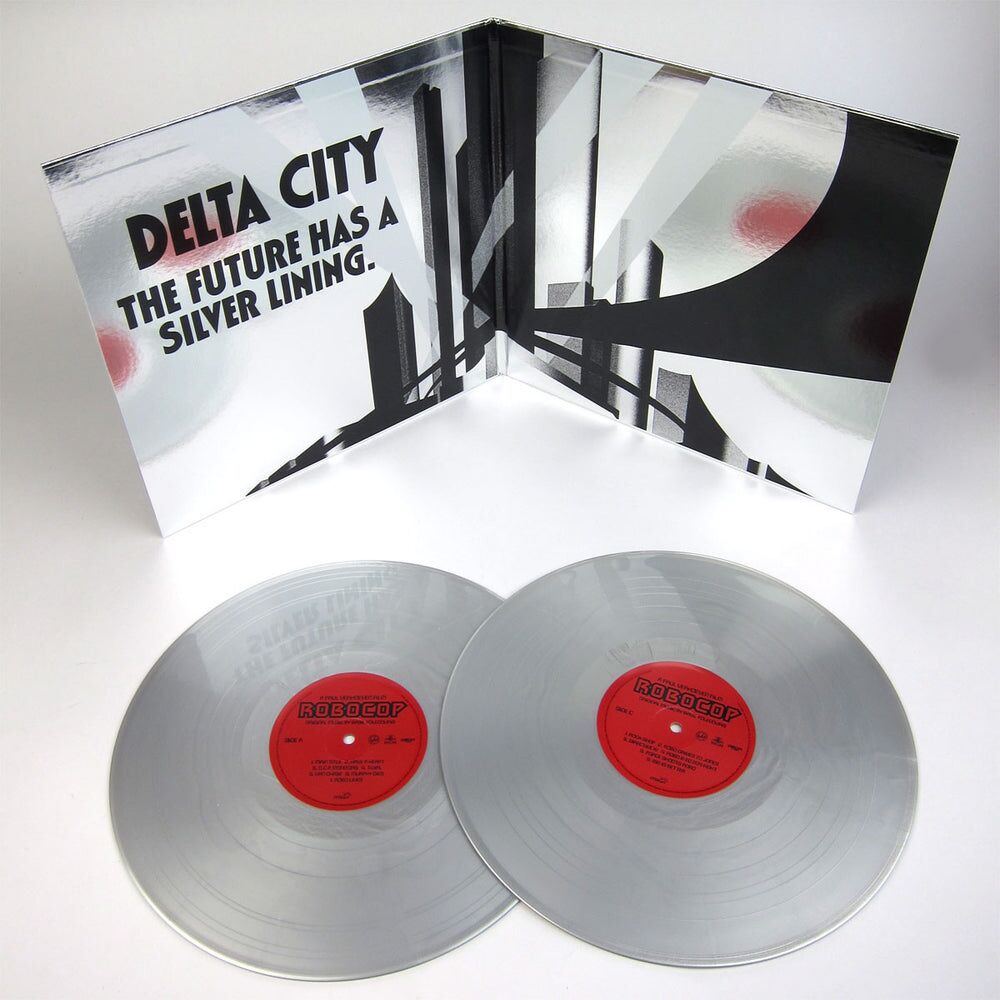 Robocop is about a terminally wounded officer who returns dystopic and crime-ridden Detroit to the force as a strong cyborg plagued by hidden memories.

The soundtrack of the film by Basil Poledouris had a super deluxe vinyl pressing which resulted in a cool vinyl album.

All 23 tracks were pressed onto two silver colored vinyl records with a matching metallic silver tip-on gatefold jacket that features a new cover.

The film, Blade Runner, is set in a dystopian future Los Angeles of 2019, in which the Tyrell Corporation has bio-engineered synthetic people known as replicants to work on space colonies.

The film’s soundtrack composer, Vangelis, did a vinyl pressing of the soundtrack album that includes the original soundtrack of the film as well as other tracks that have never been heard before.

The tracks were pressed onto red translucent 12-inch vinyl records. 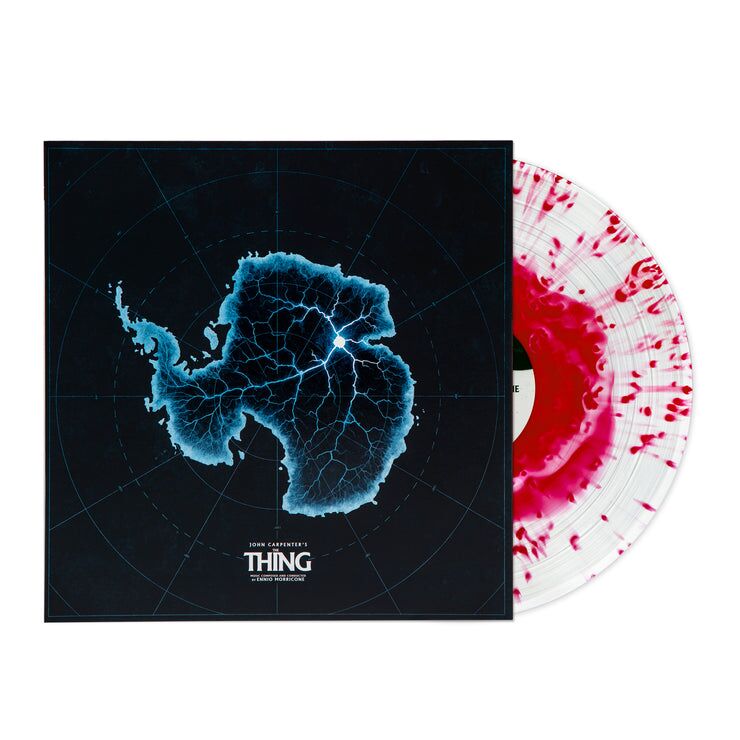 The Thing is one of John Carpenter’s sci-fi horror classics that focuses on a group of isolated researchers in Antarctica who is attacked by a hostile shape-shifting extraterrestrial organism.

Waxwork Records did another deluxe edition for the film’s score’s reissue.

The edition includes all of Ennio Morricone’s scores re-mastered from the original tapes which are pressed on a clear vinyl with blood red color designed in a splatter.

13 Blood Splatter Vinyl Records That Make Us Shiver With Delight

The fans of the popular supernatural comedy film, Ghostbusters, have been waiting for an official release of Randy Edelman’s score for Ghostbusters II and it has finally come.

Last year, after more than 32 years of waiting since the release of the film, an official release was made through digital and physical format. 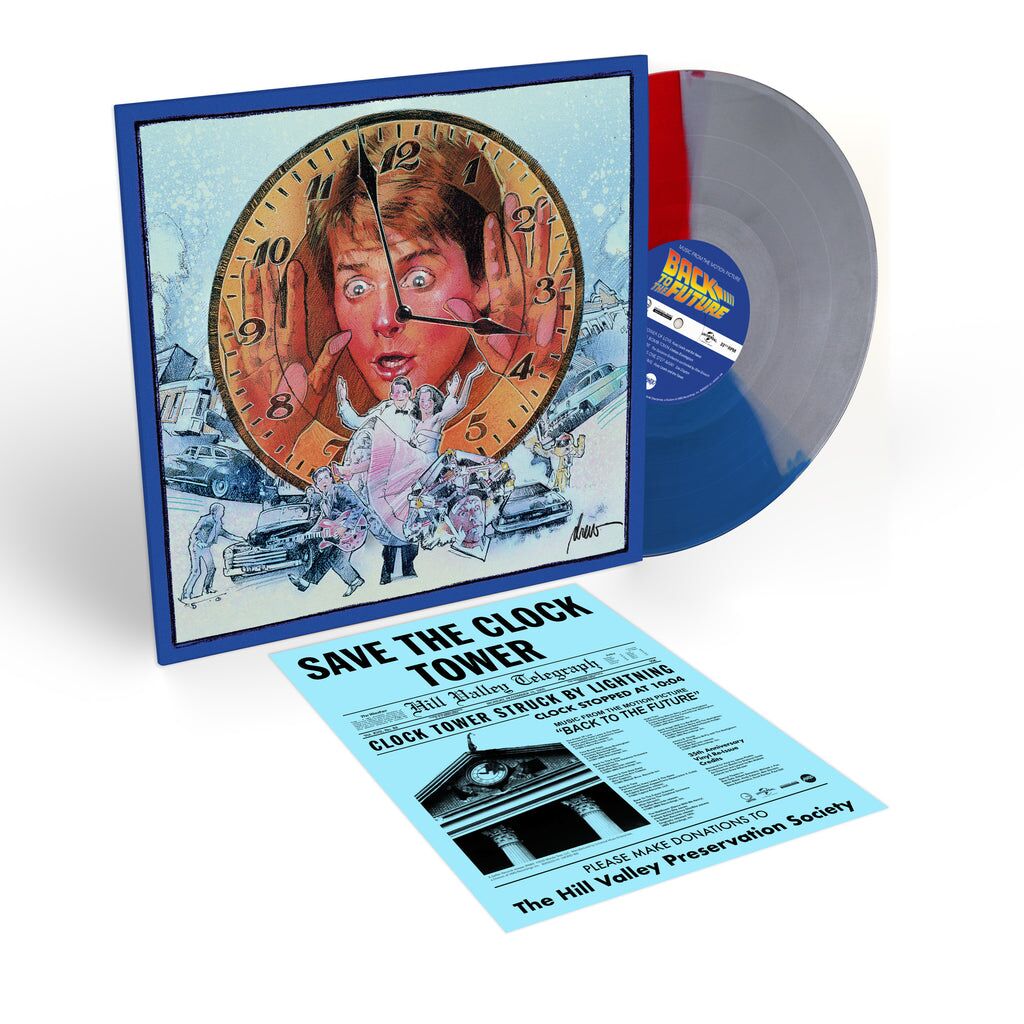 Back to the Future is a film following the journey of a man who needs to find his way back into the future after being thrown back in time into the 50’s.

The sci-fi film’s soundtrack has been released in vinyl format.

The album contained a new vinyl pressing of a tri-colored vinyl (blue, red, and gray), an original artwork, puzzles, and pins. 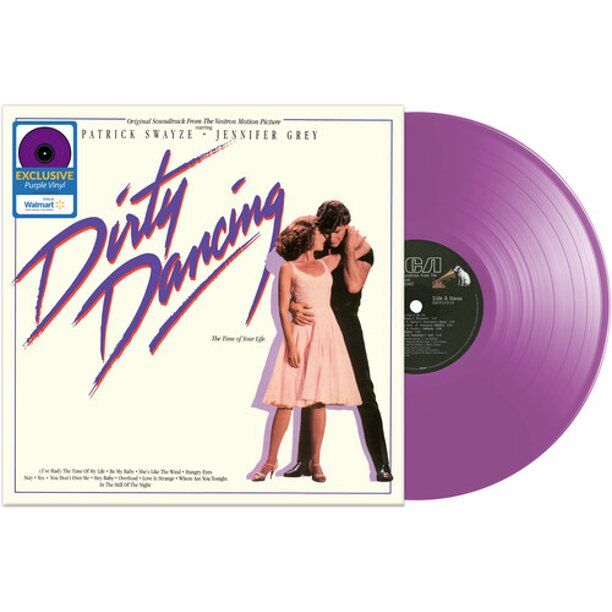 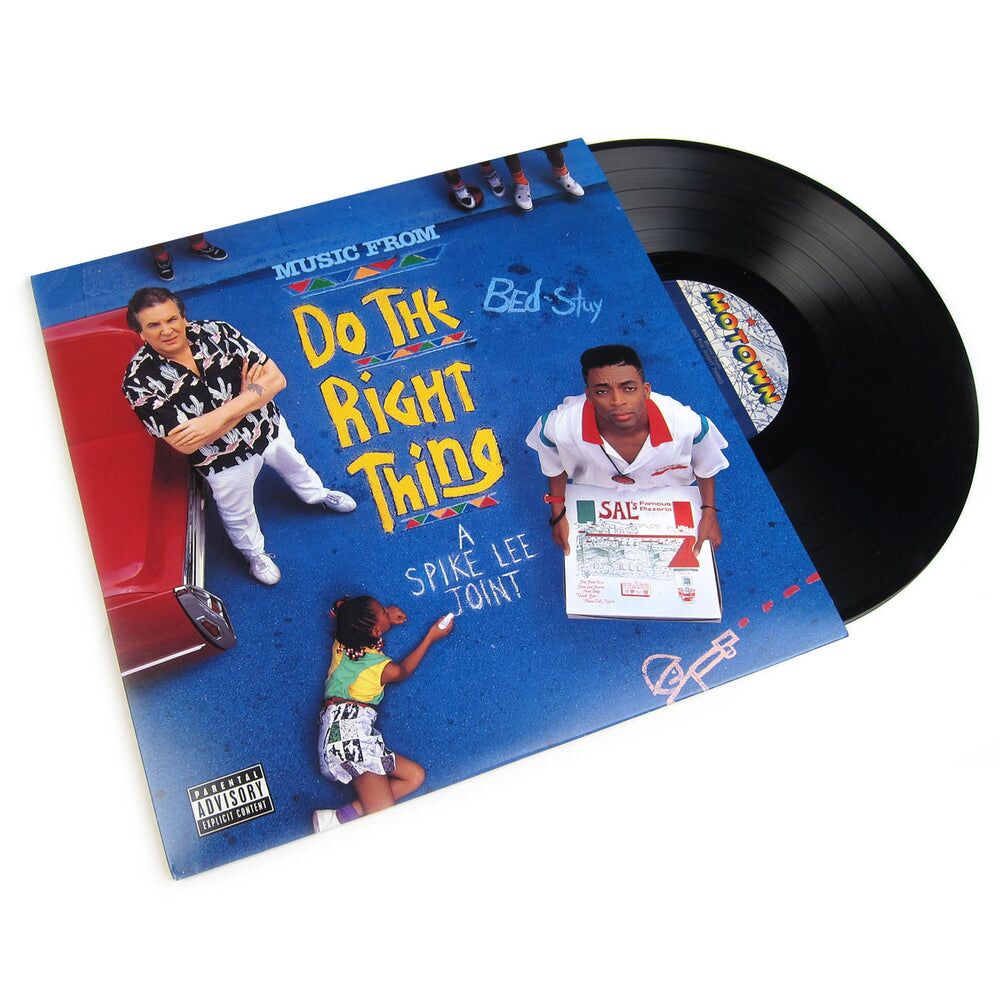 The soundtrack of Spike Lee’s film Do the Right Thing is a look back at the iconic hip-hop/R&B scene of 1989.

The movie follows the simmering racial divisions in a Brooklyn neighborhood between African-American inhabitants and the Italian-American proprietors of a small pizzeria, which leads to tragedy and violence on a hot summer day. 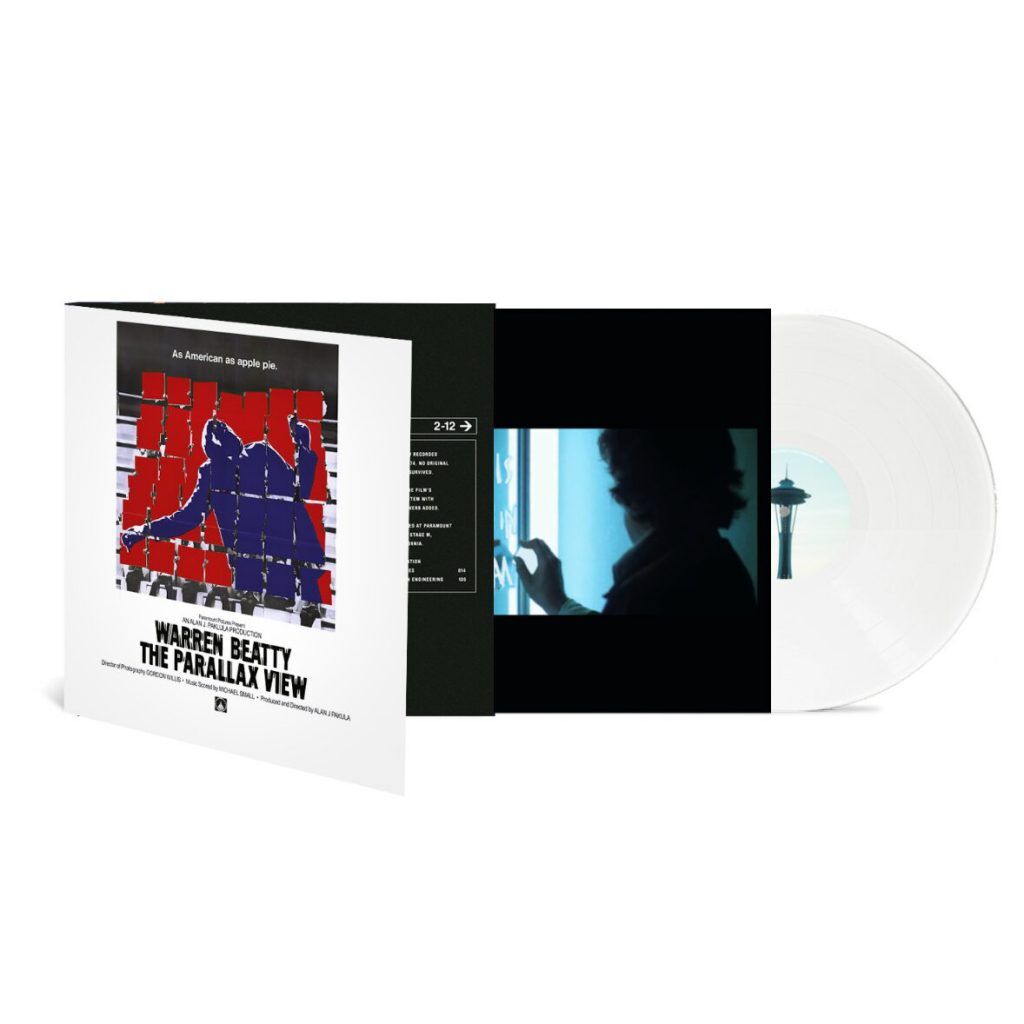 The classic soundtrack by composer Michael Small is recognized as a standard in the sound of paranoia thrillers that dominated film in the 1970s.

Now, even after more than four decades have passed, the soundtrack will finally be available to buy on vinyl, newly remastered by Bob Weston.

The vinyl album includes a deluxe gatefold jacket and an inner sleeve.

The vinyl record is in plain white and also includes liner notes and two essays written by Scott Bettencourt and Alexander Kaplan. 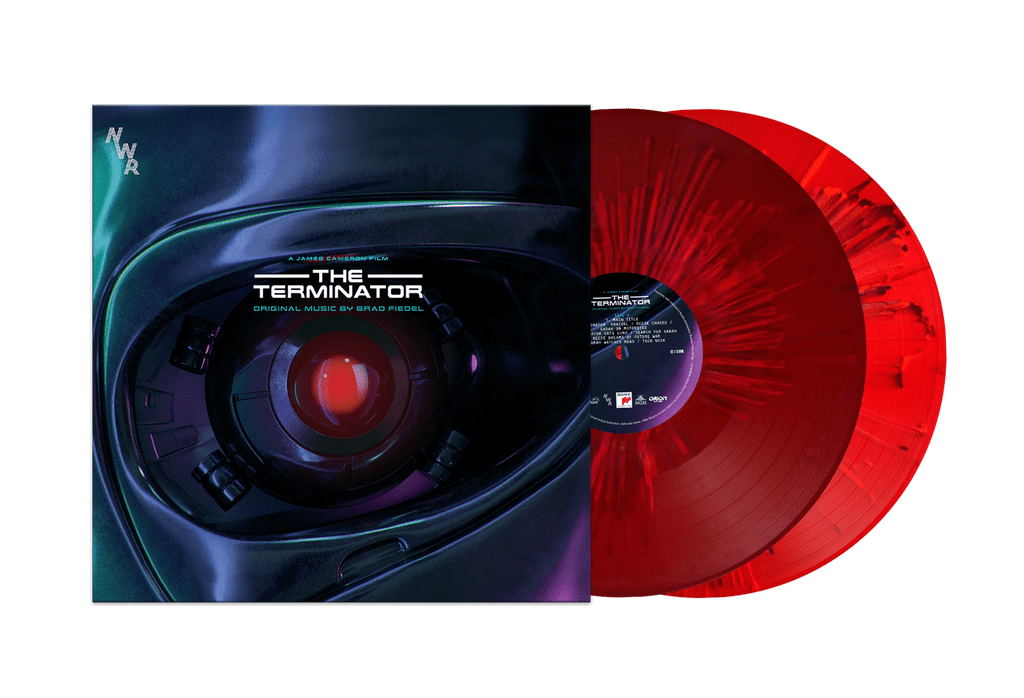 The Terminator, directed by James Cameron.

And starred by Arnold Schwarzenegger as a cyborg assassin, from the year 2029, sent back in time, in 2019, to assassinate Sarah Connor.

The Terminator has become one of the most celebrated science fiction films in the film industry.

This project would not be complete without music though. Everyone recalls the joy of hearing Brad Fiedel’s primary title music for the first time.

The vinyl release of the soundtrack is surely an eye candy with it’s new features. The gatefold jacket sports a new artwork that features the Terminator’s eyes.

Additionally, the vinyl records in blood red color speaks of the mission to kill.

Which of these vinyl record soundtrack of classic films do you like the most?

And if you’re a filmmaker, have your classic films’ soundtracks pressed on vinyl record too, your audience would surely love it!

A kick-ass CD Packaging artwork has the ability to stop on our tracks and actually hold the CD to examine it closer.  Then we say “hmmm…interesting”, examine it more, then buy it or put it back. But definitely when we get home, the band’s name sticks to our head…then we google it, maybe tweet about […]