We love analog (and CDs) and we love well executed designs so whenever we see bundles of merch, cassette, and CD, our hearts pound a little faster and we feel immense joy knowing that music and design are still alive and well.

Here, we share to you some of the coolest custom vinyl records, custom cassette tapes, and CD bundles we’ve seen in our lifetime!

#1 WHEN I SAY TO YOU BLACK LIGHTING – COMMON HOLLY 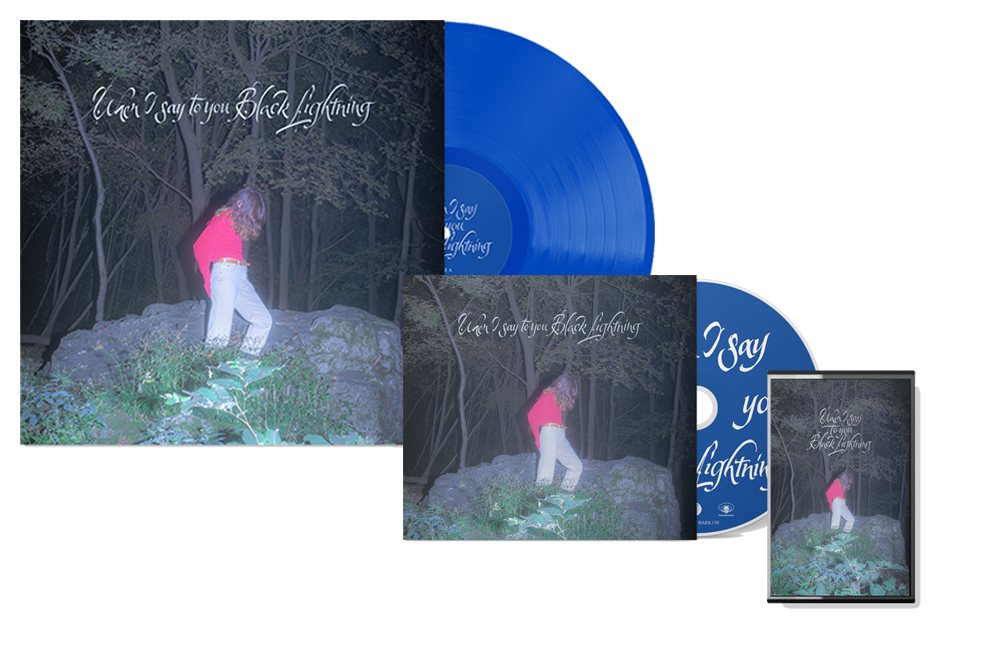 Brigitte Naggar is a Canadian musician more commonly known as Common Holly. She had her first full length album released last 2017 with the title “Playing House”. Two years later in 2019, it was followed by another full length album entitled “When I say to you Black Lightning”.

The latest album was released in three different audio formats: vinyl, cassette tape, and CD. It was also sold to fans in bundles, including these three formats for $38.

What makes it awesome:

The awesome thing about this bundle is the album’s cover, which has the artist drawn on the center of the artwork, as well as the blue CD and vinyl record with the title printed on them. the sharp blue and pink also makes this bleak design lively. 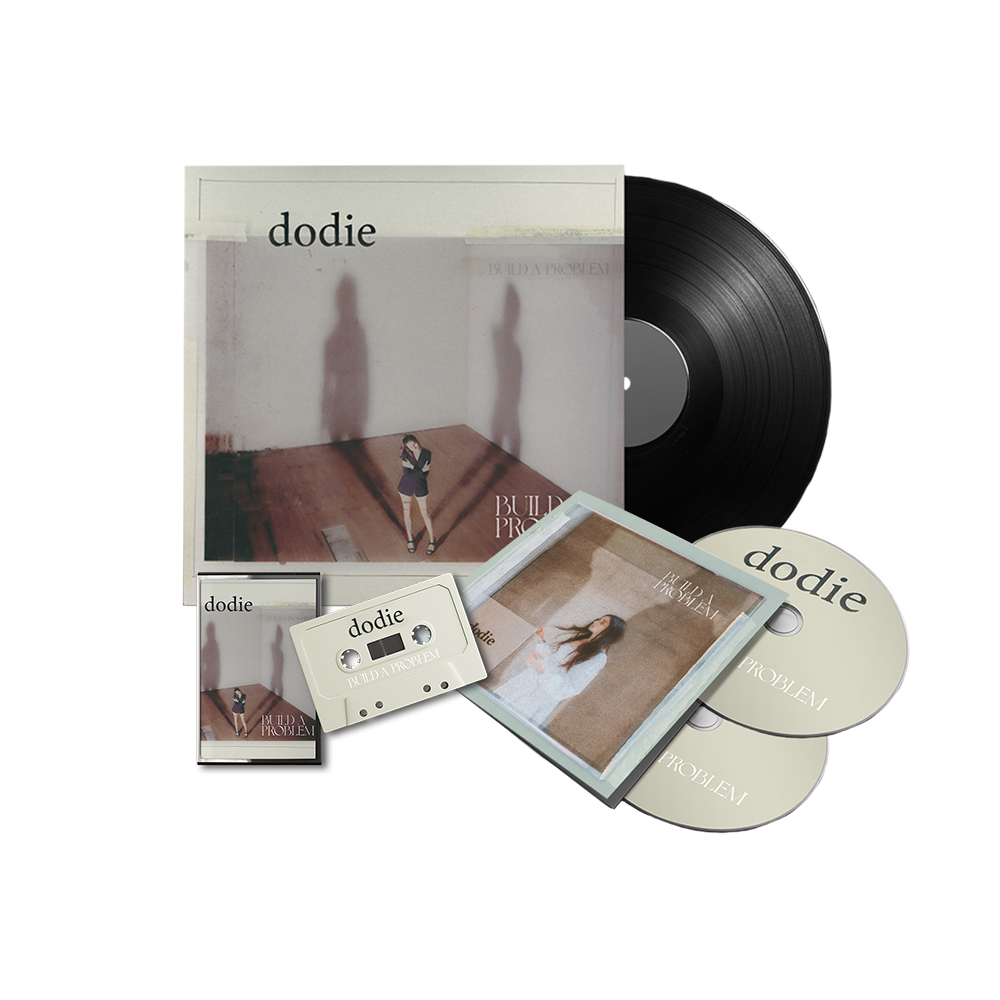 Dorothy Miranda Clark has had her first full length album’s (“Build a Problem”) release postponed many times due to vinyl production issues. After much delay, they have already set another date for its release, which will be on the seventh day of next month this year. From 2019 to 2021, she has already released 6 singles from the album, namely: “Guiltless”, “Boys Like You”, “Cool Girl”, “Rainbow”, “Hate Myself”, “I Kissed Someone (It Wasn’t You)”.  The vinyl, cassette, CD bundle includes a signed 12″ vinyl, a limited signed (ALOSIA Deluxe) CD, and a cream-colored cassette tape.

The bundle is aesthetically simple with it’s cream dominated color scheme paired with the soft colors of the awesome photography. 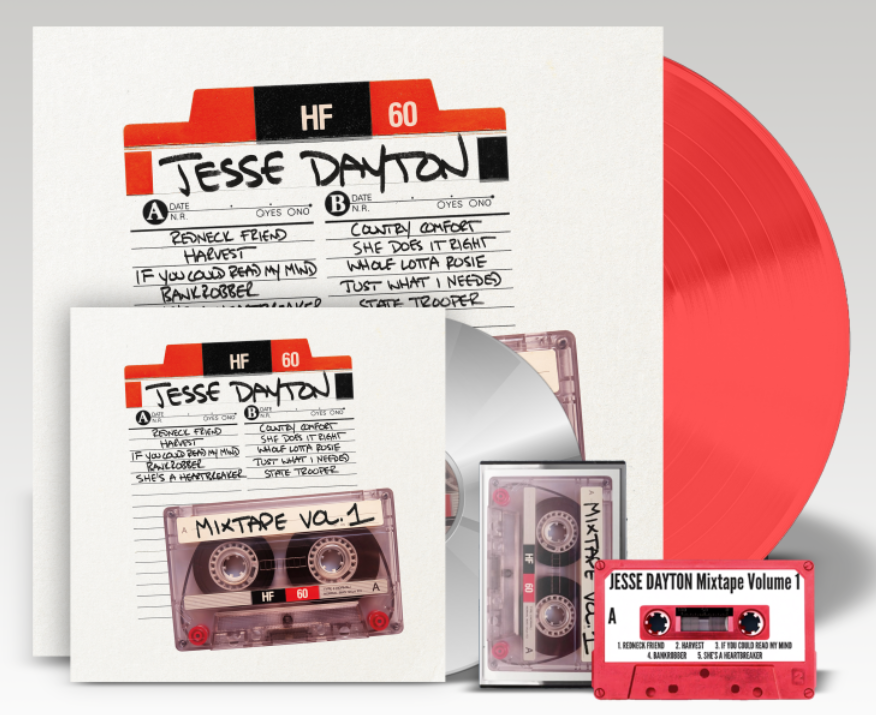 Jesse Dayton is very notable for his guitar contributions to albums by country musicians as well as his collaboration with horror film director Rob Zombie.

The artist’s “Mixtape Volume 1” was a mixtape album released last 2019 with 10 tracks he covered from Jackson Browne, Niel Young, The Clash, Elton John, AC/DC and more.

The bundle comes with one CD, one cassette tape, and one vinyl record that is either in red or black.

The cover on the vinyl and CD album with a picture of a cassette tape labelled “MIXTAPE VOL. 1” is so witty for it really emphasized how mixtapes first started. 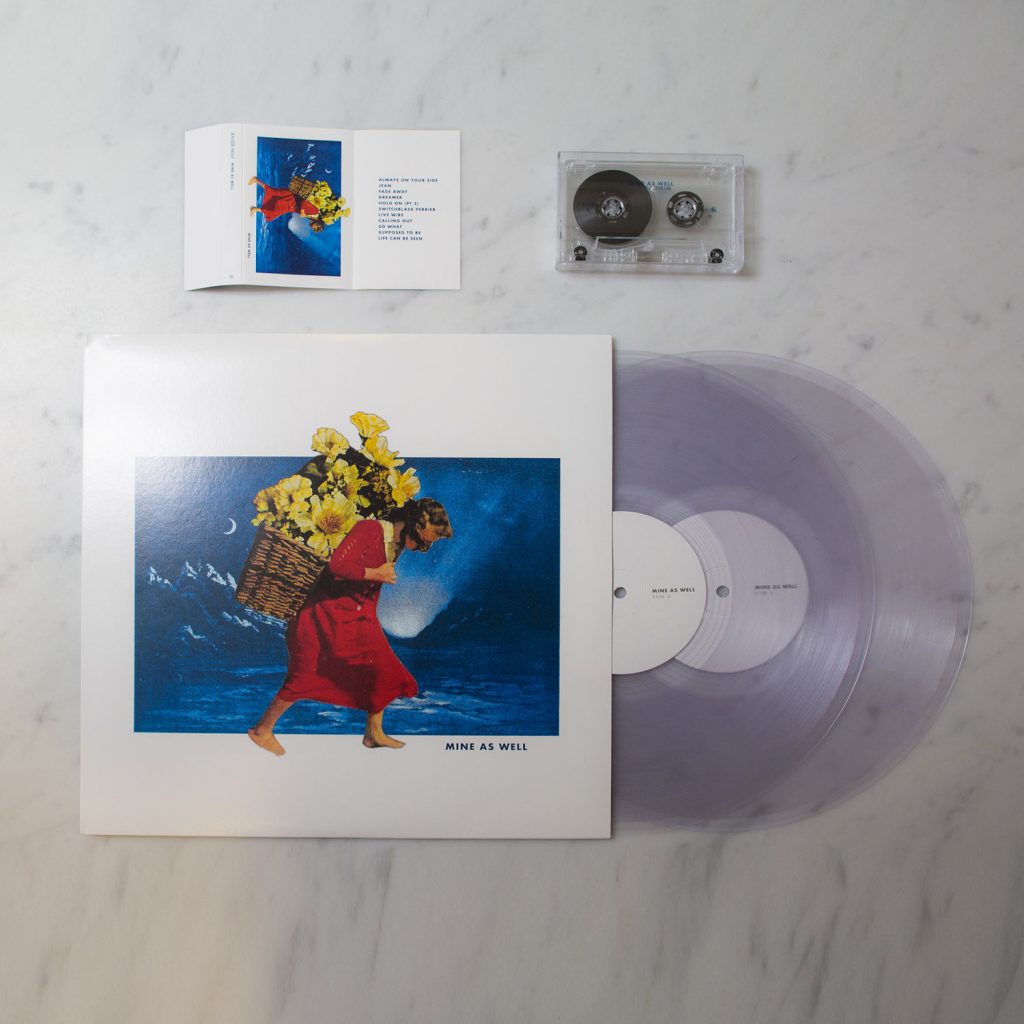 The 4-membered band, Eager Seas, had their “Mine as Well” album realeased in December 1, 2018. This album was released only in cassette tape, vinyl, and digital streaming sites.

The vinyl and cassette package had many other additional items for $45. The package includes two clear vinyl records, one clear cassette, one shirt, one pack of buttons and stickers.

What’s so cool about this album is the simple design for this album release. It greatly emphasizes the artwork on the vinyl jacket and cassette j-card because of the white background and clear vinyl records and cassette tape. 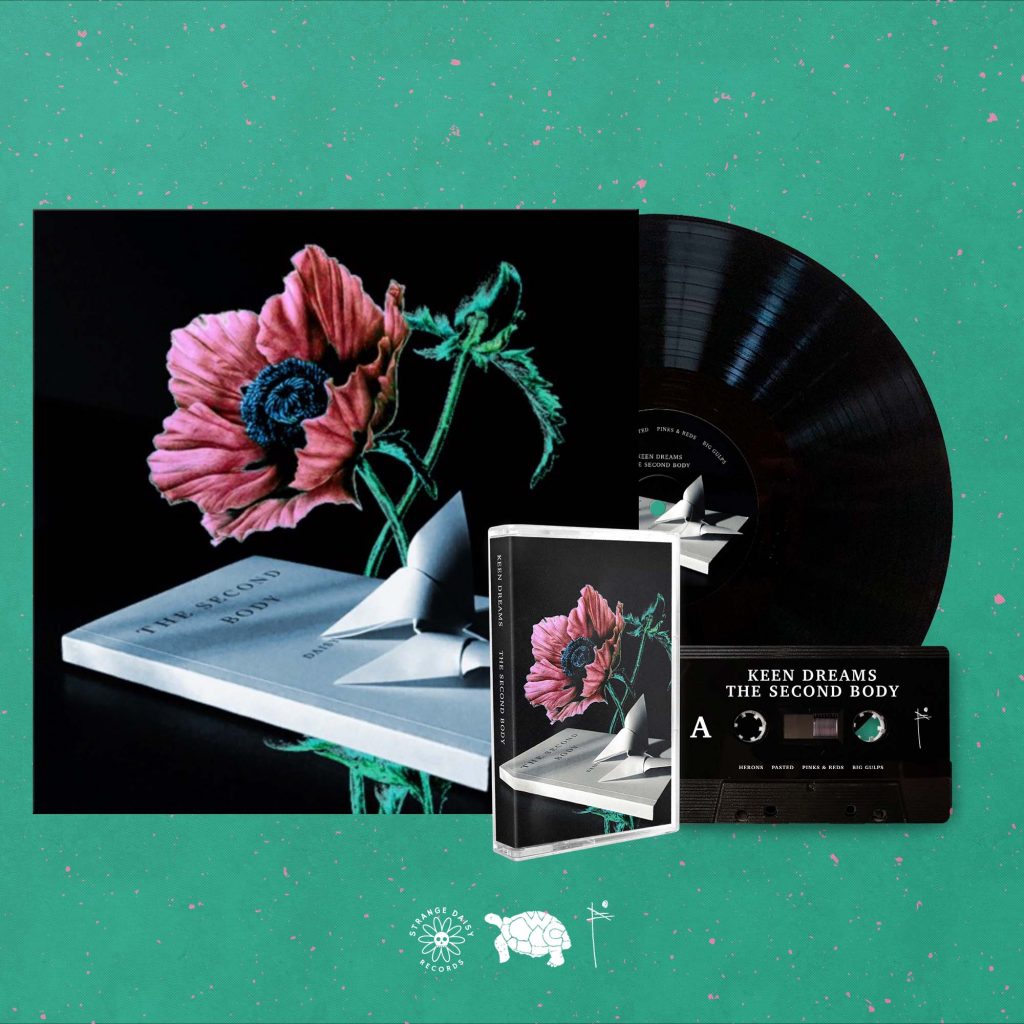 Keen Dreams‘ debut album is set to be released this May 14, 2021. It is based from the 2017 book-length essay The Second  Body, which was made by Daisy Hildyard, as it takes on both the essay’s title, feelings and emotion.

In the essay, the author talks of second bodies crawling and moving around in this world across sensing layers and through uncertain relationships. And the band has 9 different tracks to show those emotions.

Upon pre-order of this bundle, you will surely get one cassette tape, and one vinyl record that will either be a plain black one or a white one with green and black splatter depending on your choice.

The black color of the cassette tape as well as the vinyl record looks very classy and elegant with the white covered book, butterfly origami, and flower. 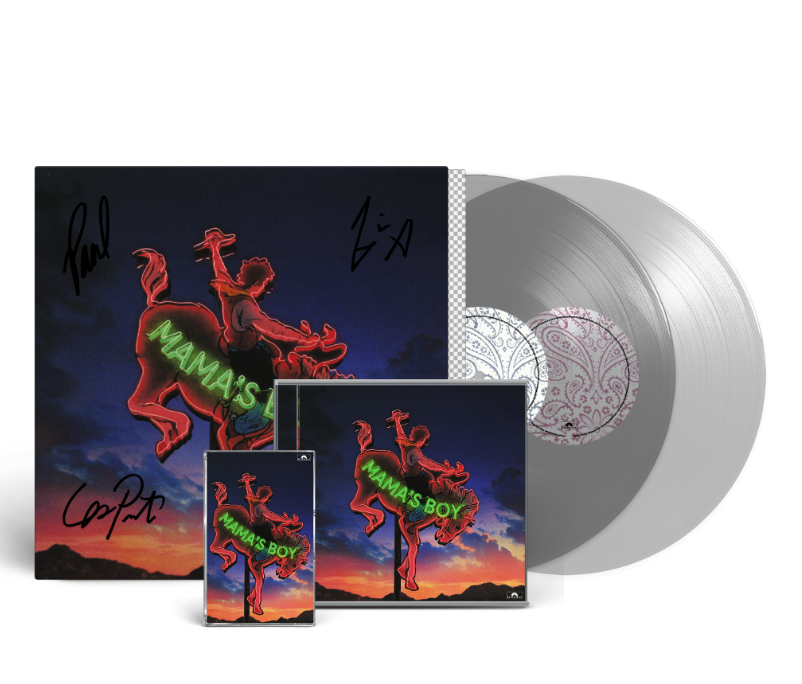 When you buy the signed vinyl bundle, you will receive one cassette tape, one jewel case CD, and one double gatefold clear vinyl.

The sign with a cowboy riding his horse, along with the neon green letters that spell out the album title looks very attractive against the sky painted by the sunset. 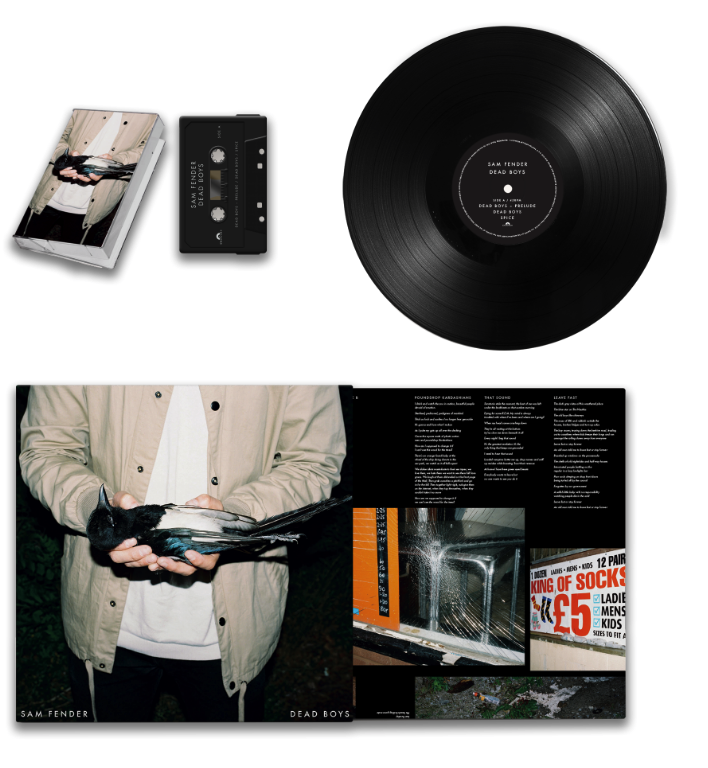 Dead Boys is the debut EP from Sam Fender. Pick it up now on cassette and 10” vinyl in this special bundle.

Sam Fender was an English actor who, after quitting as an actor, became a singer. He released a number of singles independently and signed with Polydor Records in 2018. After signing with a record he had his debut with an EP entitled “Dead Boys” which was released in the same year.

The album had 6 tracks released in cassettes and 10″ vinyl records. And in a special bundle that costs $20, you can already have these two.

The black vinyl record, although plain and quite unoriginal looks good with the black cassette tape that comes with it. 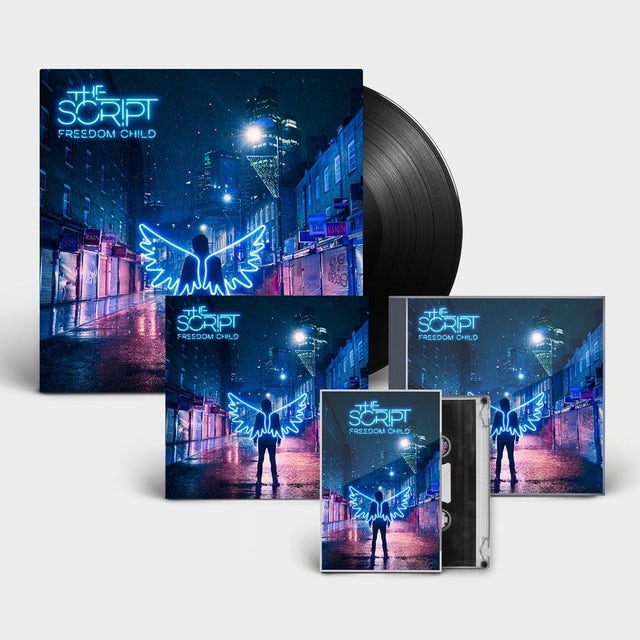 “Freedom Child” is the fifth studio album by the famous Irish rock band, The Script. It was released in 2017 with their smashing hit single “Rain”. The album title, as well as the eponymous title song were said to have been inspired by their lead guitarist, Mark Sheehan’s, son who asked him what terrorism was.

This albums bundle includes two CDs, the standard and deluxe, one heavyweight vinyl record, and one cassette tape.

What’s so cool about this bundle is that the artwork was designed with blue neon lights that took the form of a pair of angel’s wings and spelling out the band’s name and album title. 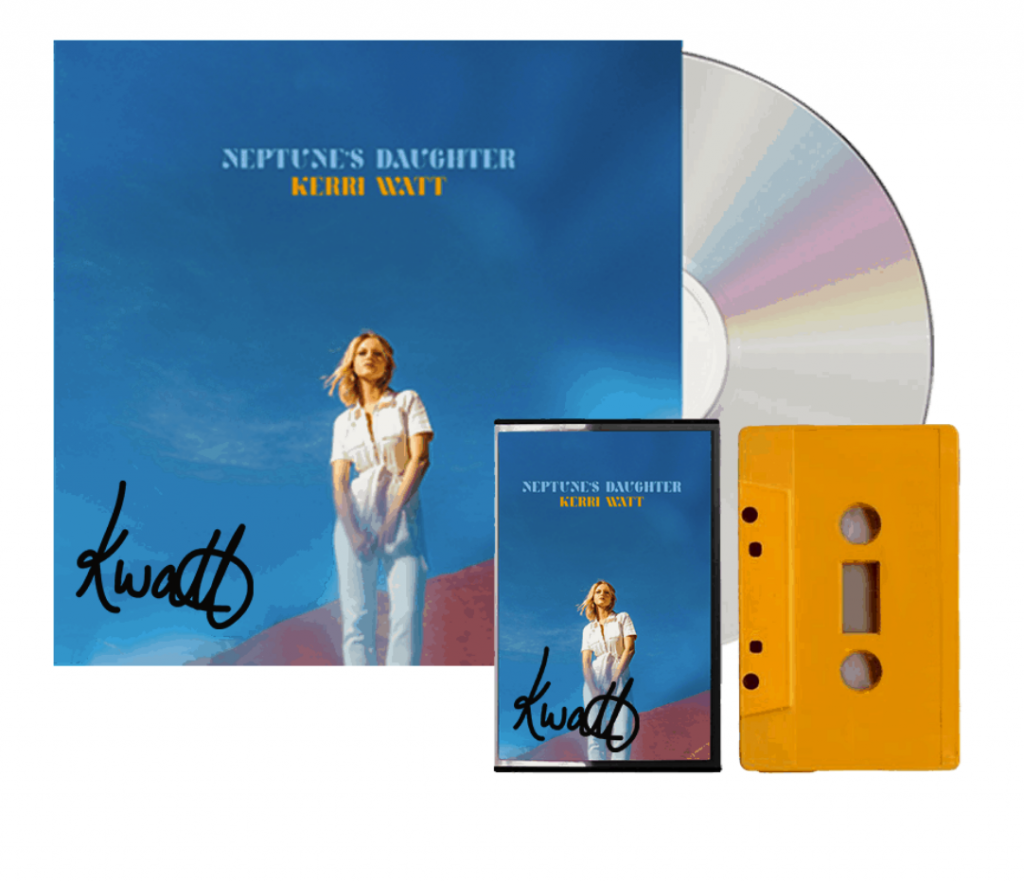 Kerri Watt’s debut album, “Neptune’s Daughter”, was released last Januray 15, 2021. The album contains many tracks that talk of Watt’s favourite roadtrips, her heartbreaks as well as her love stories.

The album is full of tracks that have blues, country, rock, and pop elements. With her debut album in CD and cassette, she also offered both in a bundle for $20.42. 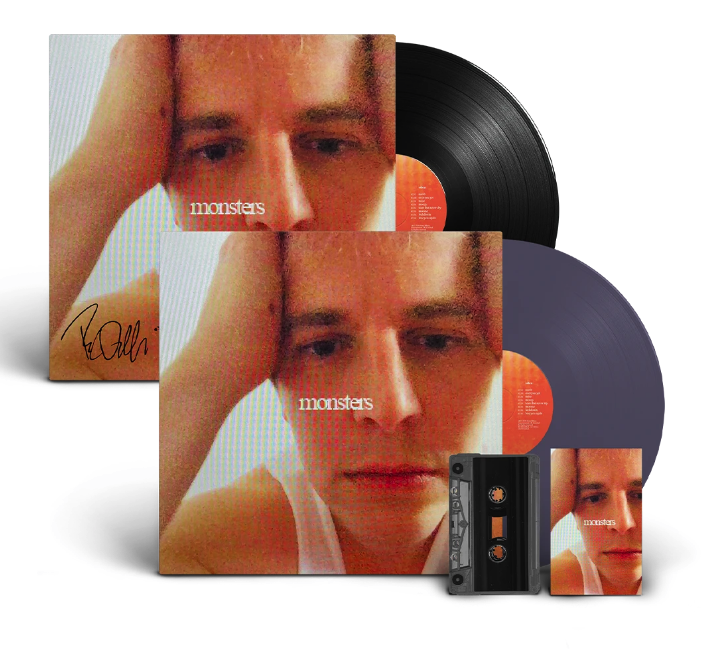 The singer-songwriter will release his fourth studio album, “Monsters”, this June 25. The album includes his singles “Numb” released in February this year, and “Monster v.1” which was released last March.

This album is said to feature darker electropop tones, with lyrics that got inspirations from artists like XXXTentacion, Drake, and Travis Scott. Odell have his album on vinyl, cassette, and CD, and even offers a vinyl & cassette bundle.

In this bundle, it includes a cassette, a signed vinyl album, and a vinyl album with purple vinyl record.

What’s so awesome about this bundle is that it has two vinyl albums with one even in colored vinyl. 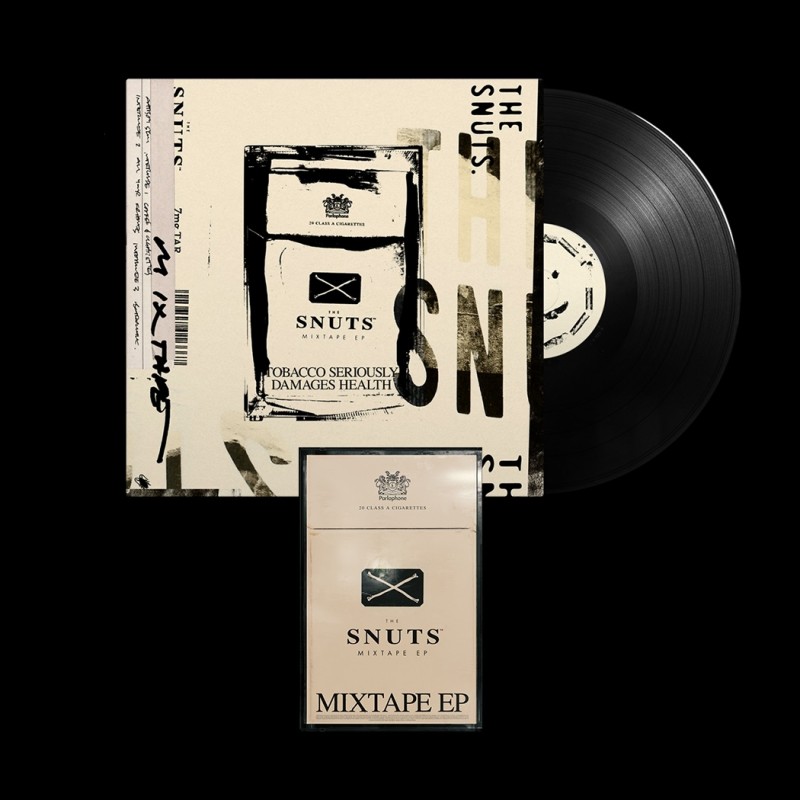 The Snuts is an indie rock band from Scotland that is composed of four members. They were formed in 2015 during their time in school. They started releasing singles in 2016 and had their first EP in 2017.

Their second EP entitled “Mixtape” was released in March 13, 2020 through Parlophone. They released their EP in four formats, digital download, CD, cassette tapes, and 12″ vinyl records. Among these four formats, they offer a vinyl + cassette bundle.

What’s so awesome about this album is that the cover of the album was designed like a cigarette box perfect for the cassette tape’s case.

#12 COLLECTIONS FROM THE WHITEOUT – BEN HOWARD 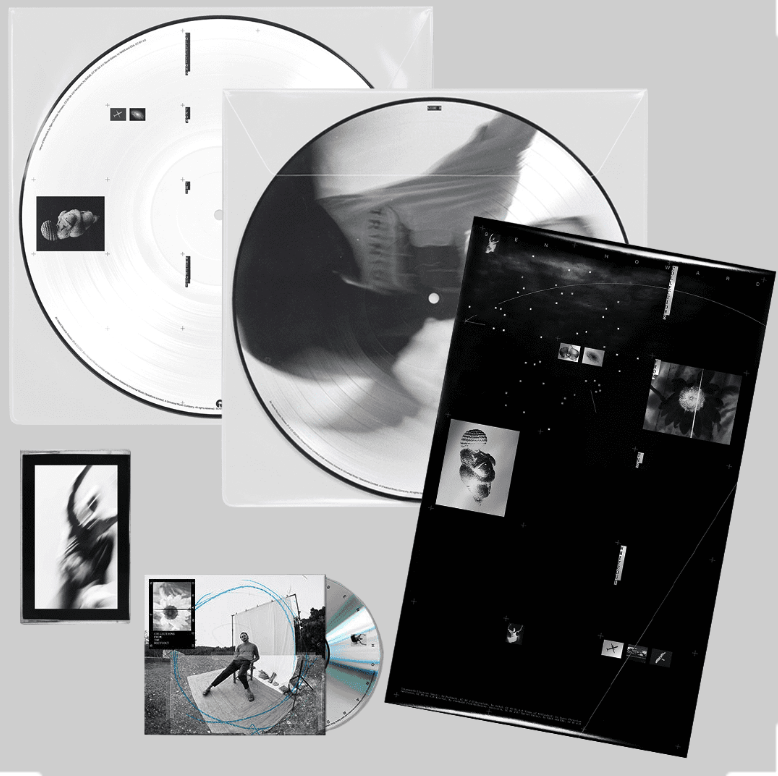 The British song-writer released his fourth studio album, “Collections from the Whiteout” on March 26, 2021. He released five singles from this album with the first one, “What a Day” released in January, the second, third, and fourth, “Crowhurst’s Meme”, “Far Out”, “Follies Fixture”, released in February, and the fifth, “Sorry Kid” released in March.

The bundle they sold consists of a CD, a cassette, two vinyl records, and a screenprint. It also comes with discs in PVC gatefold, SOV download code and 12-page booklet.

The awesome thing about this bundle is the graphic artwork printed on both sides of the two vinyl records that are easily seen through the PVC gatefold jacket. 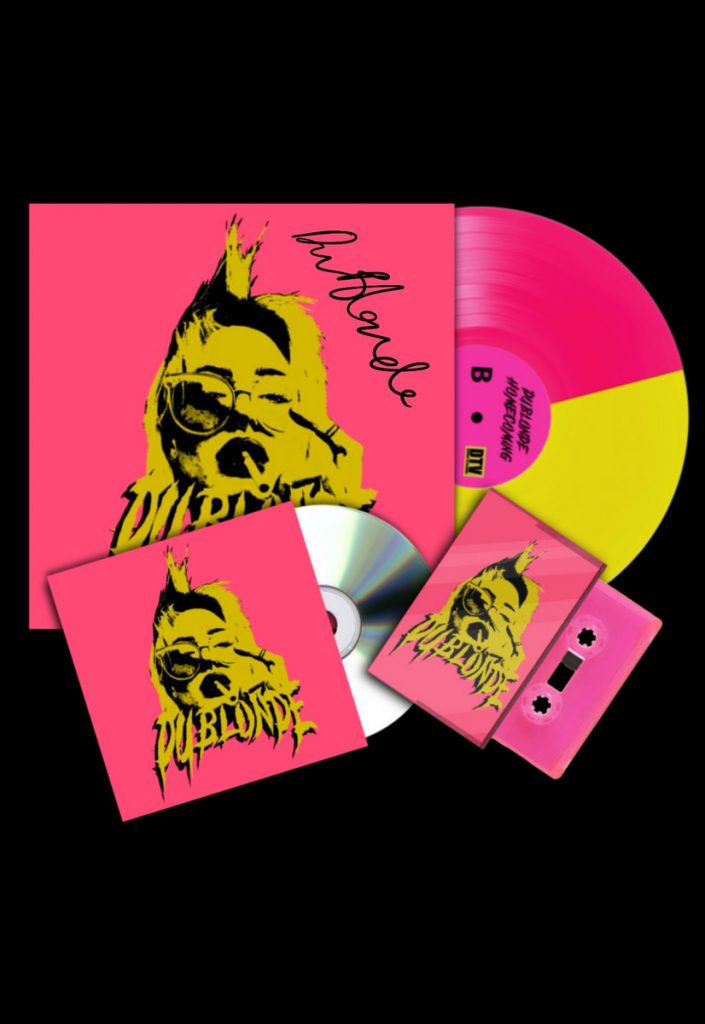 Beth Jeans Houghton, professionally known as Du Blonde, will release her album “Homecoming” in this month of April. The album is a collection of hard rock tracks coupled with some sad mellow songs to balance the album.

She has many bundles offered for her album release and one of it is the the bundle above. It consists of a CD, vinyl record, and cassette tape.

What so eye-cathcing about this set is that all is pink and yellow. The album cover has a woman colored in yellow pasted on a hot pink background with a pink cassette tape and a half pink half yellow designed vinyl record. 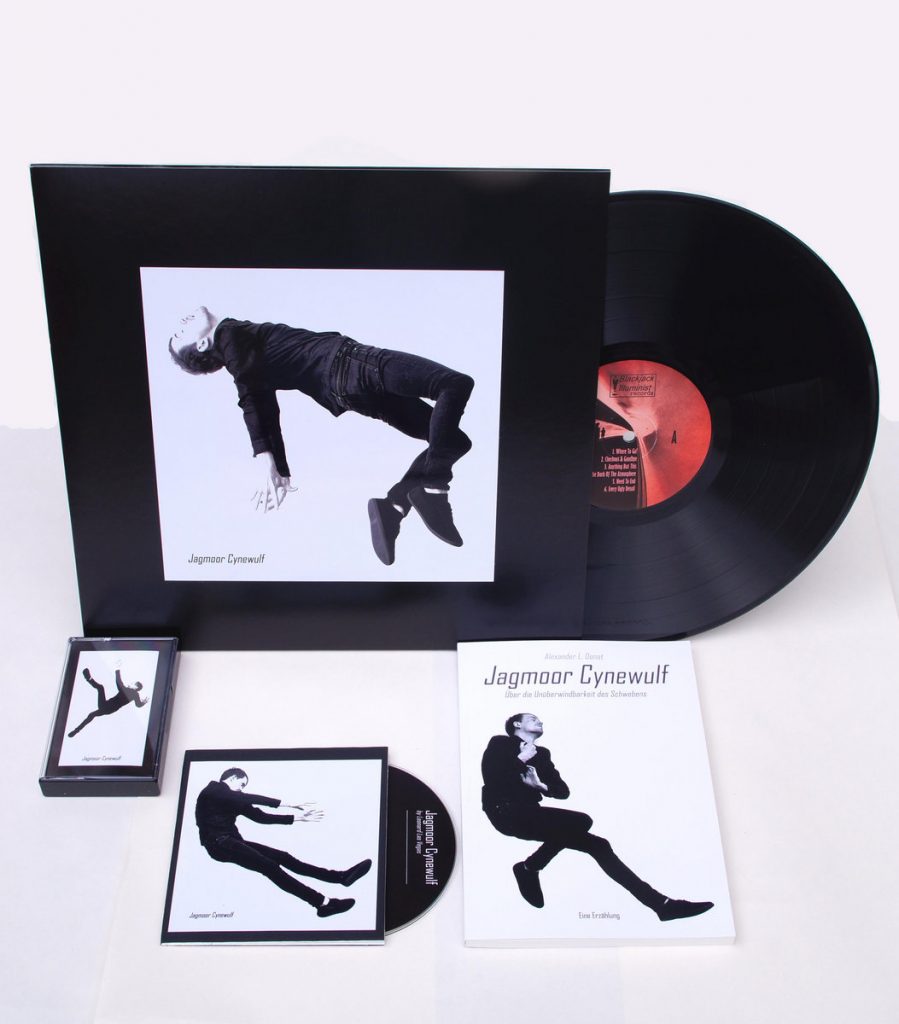 Leonard Las Vegas is an artist under Blackjack Illuminist Records and has released a full length album under the label. The full length album above is entitled “Jagmoor Cynewulf” which was released in 2015. He has offered a bundle he called Mega Bundle, which includes a vinyl record, a cassette tape, a CD and Book. 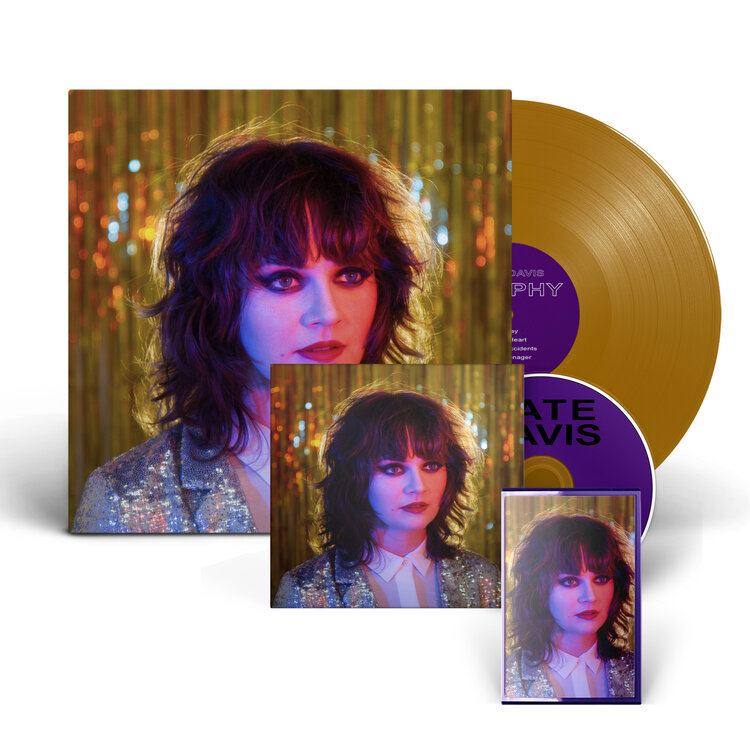 The jazz prodigy has served as with a very heartwarming indie rock album debut entitled “Trophy”. Davis’ released the album last November 2019 composed of twelve different tracks. It was under her signed record label Solitaire Recordings. The album was sold in many bundles. There were vinyl & CD, vinyl & cassette, CD & cassette, and even all three of it.

The gold and violet color scheme she chose looks very royal and so does she with her glittery jacket and plain white inner collared shirt, a true music industry royalty.

Which of these music bundles do you like? Are you willing to buy them as a bundle or they’re cute but you wouldn’t spend on three?

Blur, Pink, Spice Girls…if you’re like me whose taste in music is still stuck in the 90s, then you’ll love these 90’s musician box set. Here are some of the best box sets from the 90’s that you can still buy from online stores. We’re drooling. We want them all! Table of Contents #1 THE COMPLETE […]

Einstein once said that everything should be made as simple as possible, but not simpler. I don’t know if he’s talking about design, but then again he said EVERYTHING, right? Well, here are CD/DVD packaging with minimalist designs that are anything but boring. If you want an elegant, clean CD/DVD case that really gets attention […]