Then you’ve come to the right place, coz today, we’ve got twelve of them just to satisfy your need for all things awesome.

We’ve been talking about how these two formats have become en vogue again… so it comes as no surprise that these bundles exist!

Which do you think is the best? Because we really can’t decide. 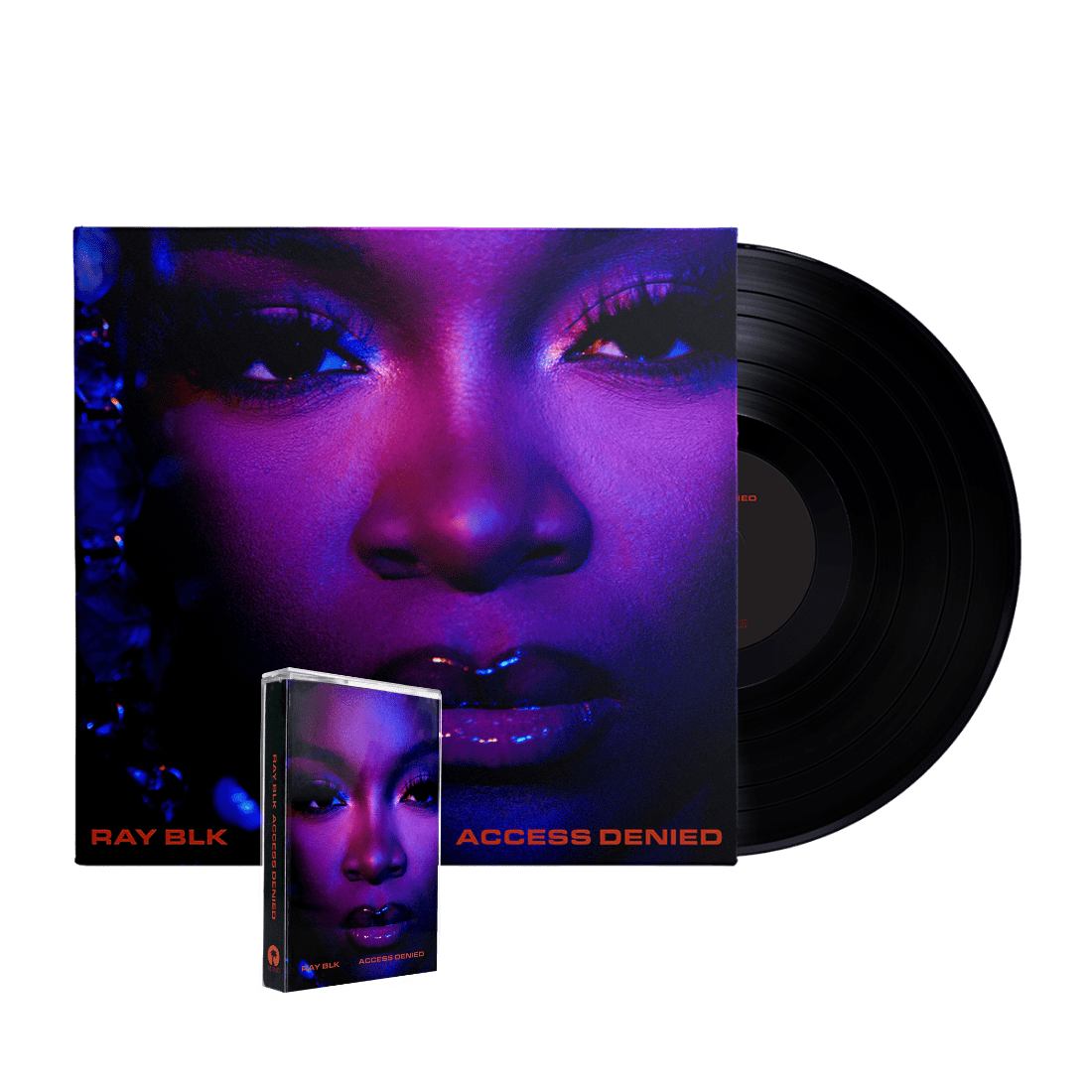 First is Ray Blk’s Access Denied, which has an album cover displaying the artist’s face in blue and pink lighting.

It may have just been a simple shot of her profile, but thanks to the lighting, the make up, and of course her expressive eyes, we got something tantalizing. 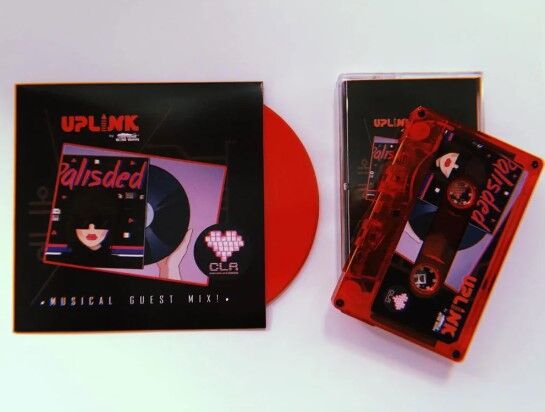 Palisded’s Musical Guest Mix At Uplink deserves to be on this list of good-looking vinyl + cassette bundles.

Aside from the great music, the aesthetic is just insane. The album cover features the artist, but only in the cartoon version. It is very consistent with how she doesn’t reveal her eyes using sunglasses.

The red and black color scheme of the album and the font takes us back to the 80s.

#3. CREEPING DEATH – THE EDGE OF EXISTENCE 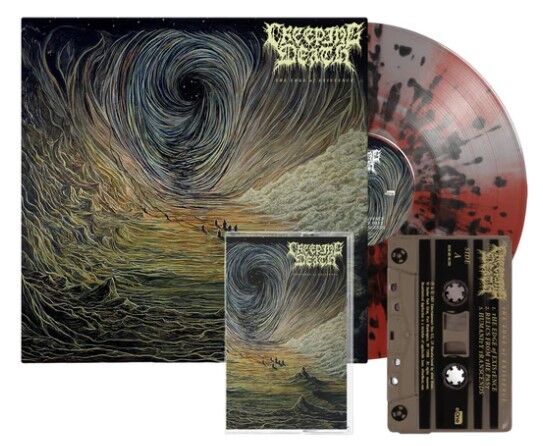 If you’re a fan of collecting albums with awesome covers, then this is something you need to have.

Creeping Death’s The Edge of Existence has a rather cool piece of album art. It looks surreal—like a road with rocks on one side and clouds on the other and at the end is what seems to be a black hole, or the edge of existence.

The custom vinyl record for this album is awesome too with the alternating red and white with black splatters. 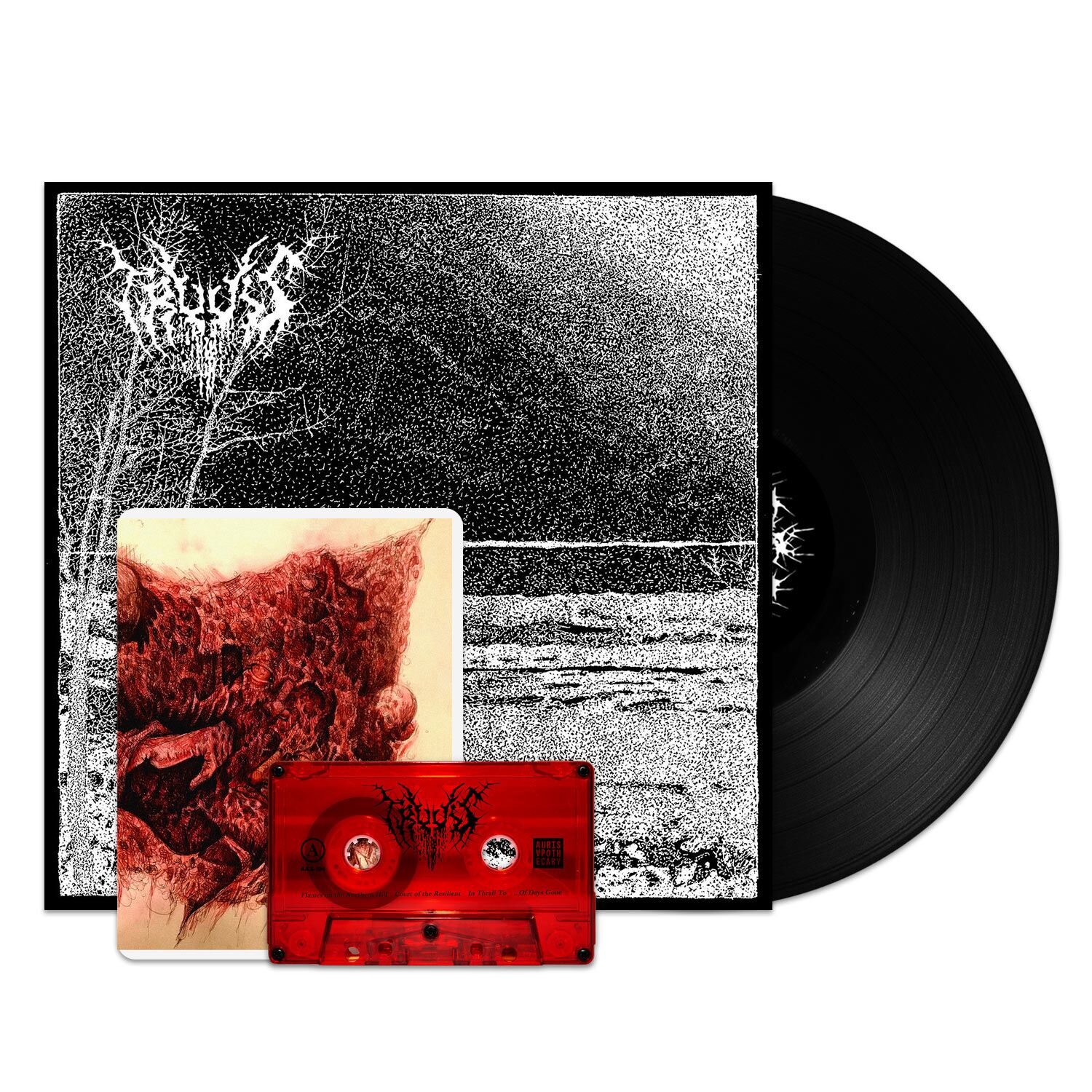 One of the best vinyl + cassette bundles to collect is Truus’ Dawn of Perdition.

The two versions have separate artworks for their covers which makes it cool and it even has an eerie feeling to it.

The vinyl album has a black and white cover and black vinyl record while the cassette album has a dominating red cover and a blood red cassette tape. 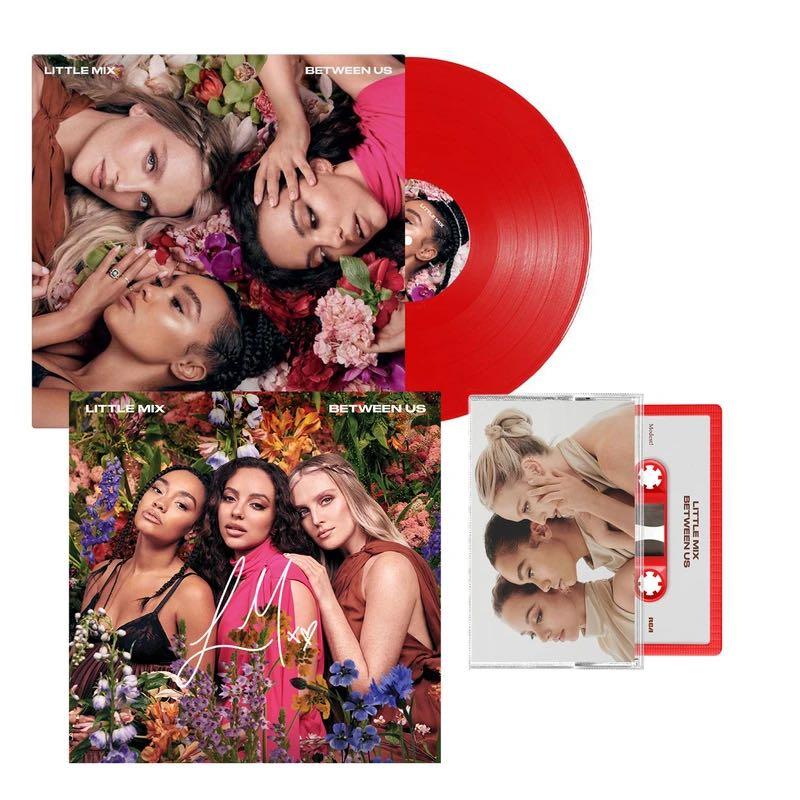 The theme for the vinyl version is colorful and flowery with them dressed in colored clothes and surrounded with different kinds of colorful flowers.

The cassette tape version, however, is chill with the three members wearing neutral or nude colors with a bare and white background. 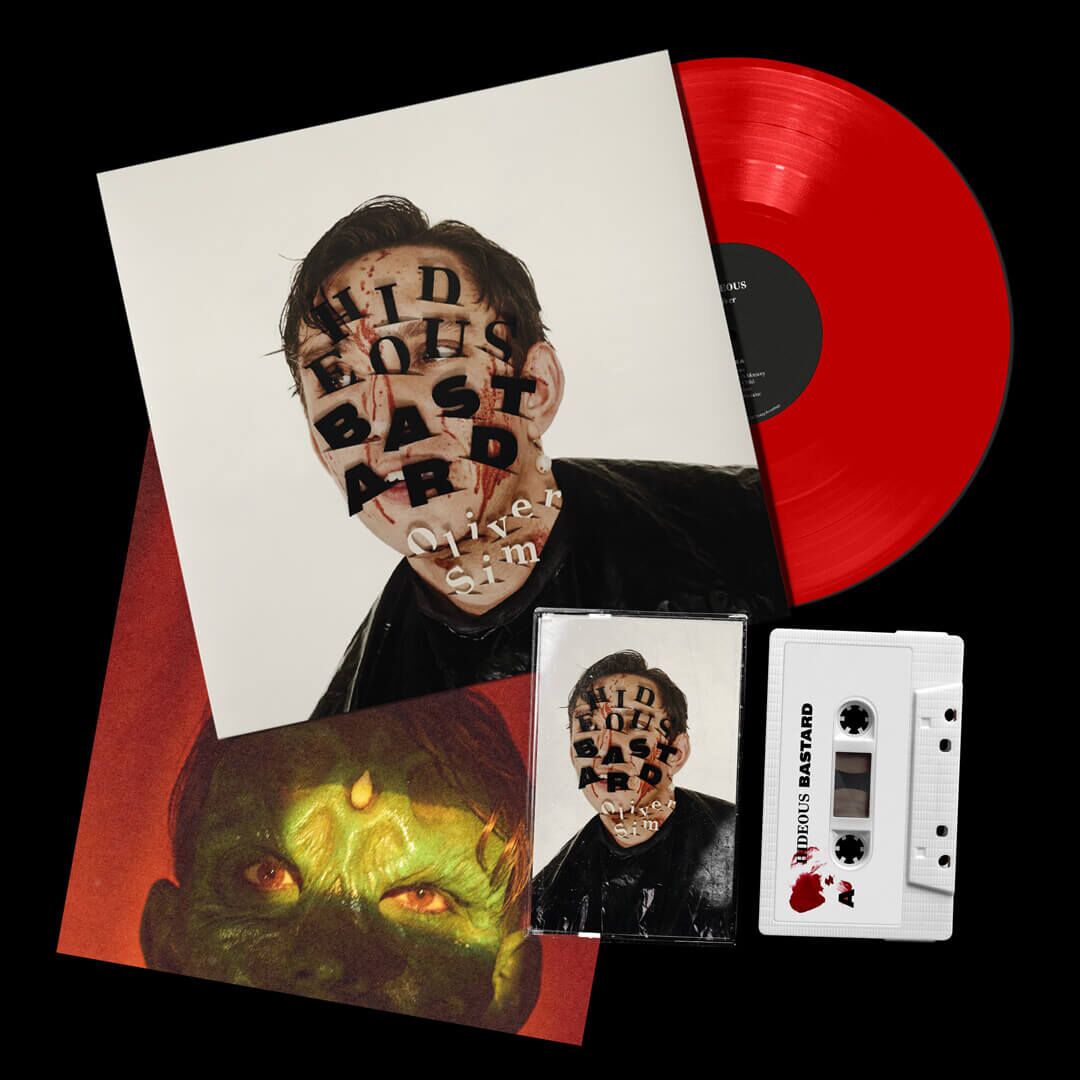 Hideous Bastard by Oliver Sim is his first solo album which was released this year.

The cover for both the vinyl and cassette versions of the album features Sim with his face covered with the letters that spelled the album’s title and some blood.

For the vinyl version, the vinyl record is colored blood red, while the cassette version is a white with blood splatter.

#7. JAMES ARTHUR – IT’LL ALL MAKE SENSE IN THE END The artwork for the album cover is a scene of what seems to be the end of the world.

What’s cooler about this album is the pink and violet combination of the custom colored vinyl record that looks very cosmic.

And the tapes? Just equally awesome.

Both its vinyl and cassette versions are just perfect for you to display along with your other collections. What’s even better is that this vinyl + cassette bundle is a glow in the dark one.

FYI, we can customize a glow-in-the dark vinyl for you.

50 Of The Grooviest Glow In The Dark Vinyl Records 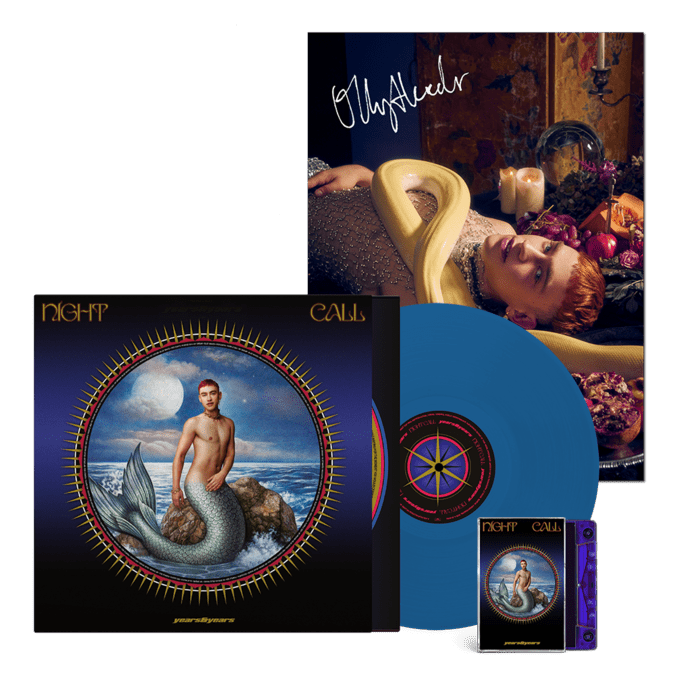 The album cover features an illustration of Olly as a merman sitting on a rock surrounded by the ocean.

To go with the cover, the vinyl record and cassette tape were colored with a deep blue color to match the ocean. 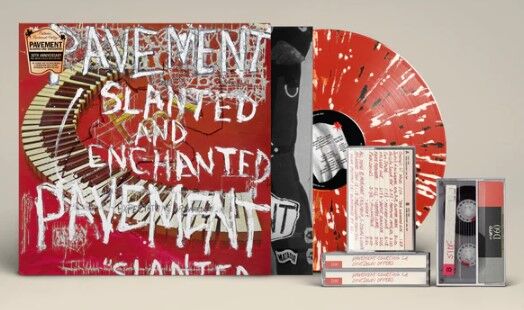 In celebration of Pavement’s full-length debut album, Slanted and Enchanted, the band released a vinyl + cassette bundle which features its original album cover.

The vinyl album has a custom colored vinyl record using the colors from the album cover, and so does the cassette tape.

The album is a limited one and will be released this August 12. 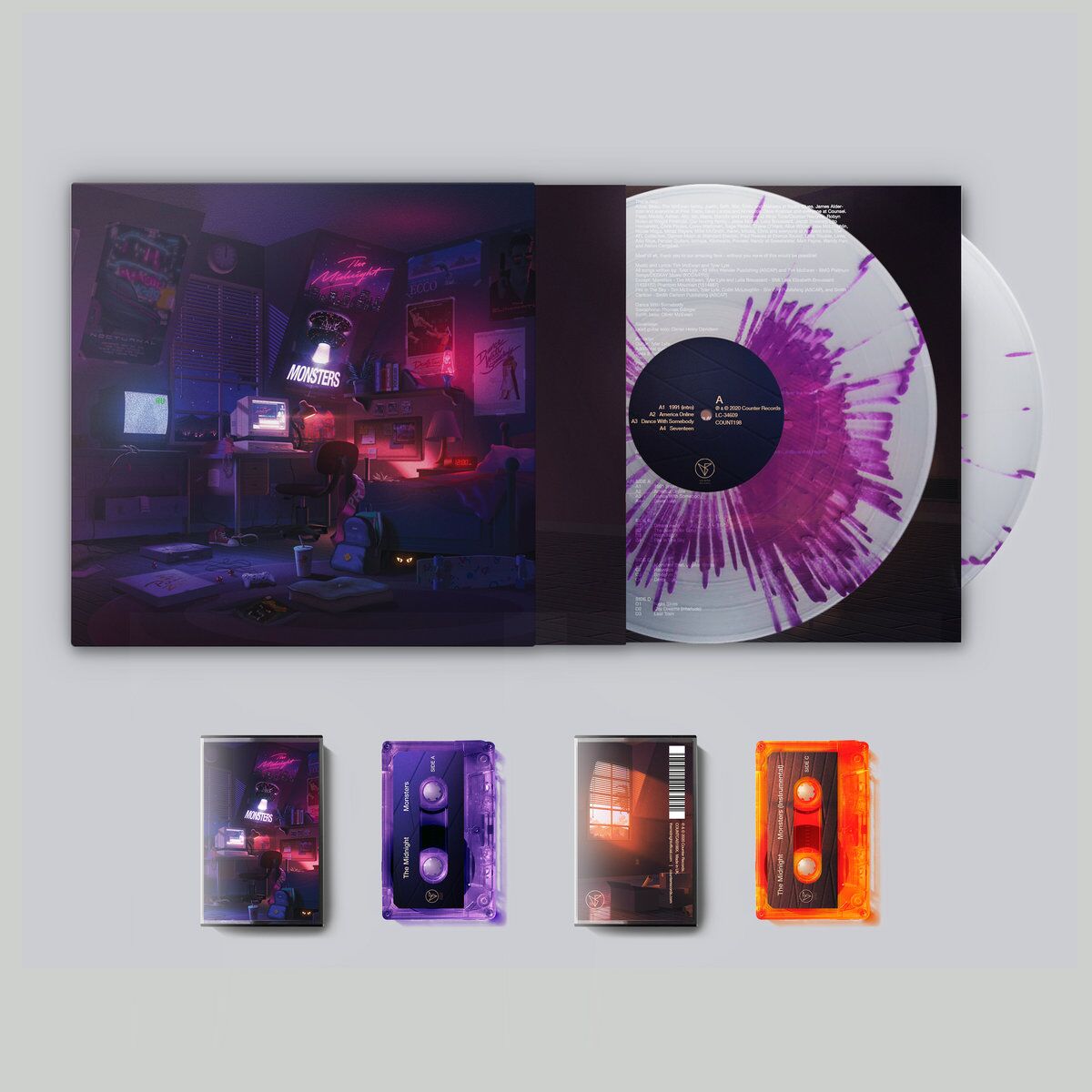 Monsters by The Midnight is one of those worth collecting custom vinyl records and cassette tapes.

For the vinyl album, there’s the night version of the album cover, while the cassette tape has both the night and sunset version. 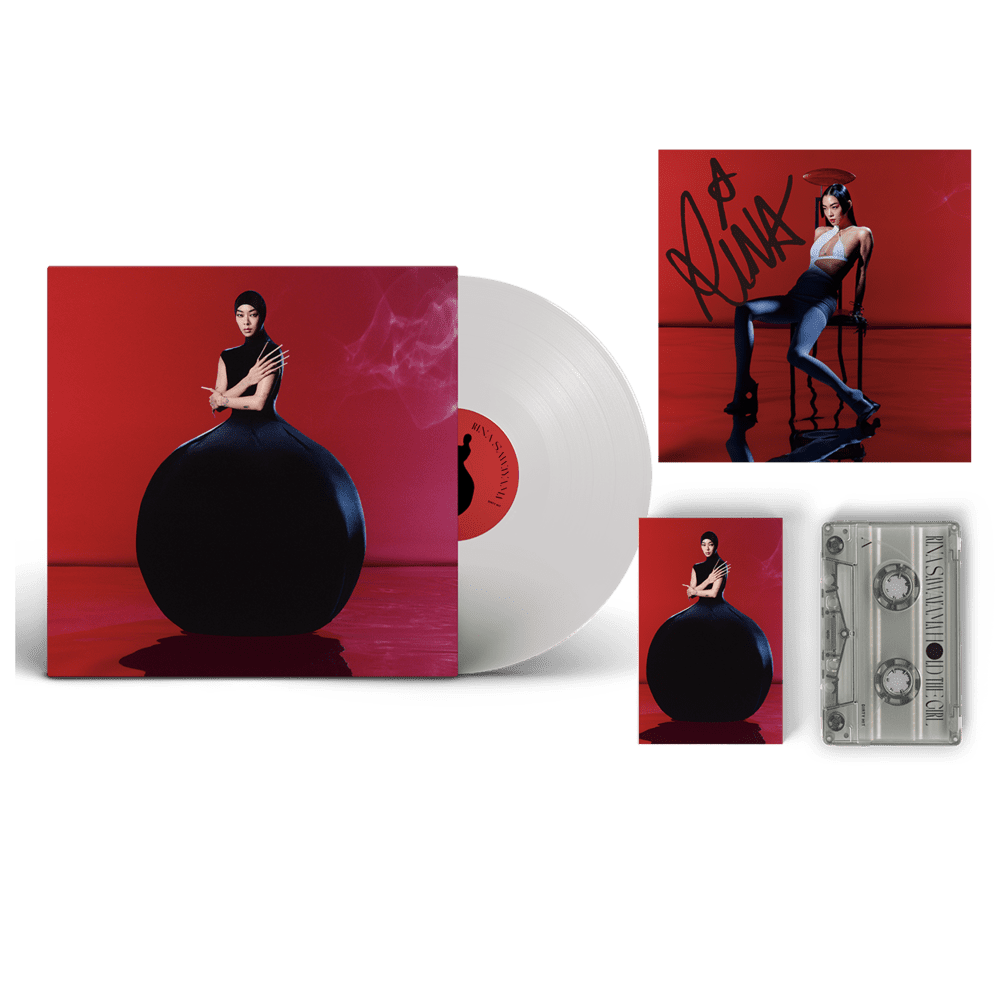 Last on the list is Rina Sawayama’s Hold the Girl, which follows her well renowned debut album SAWAYAMA.

The cover features Rina in all black statement outfit that resembles some sort of rotten onion.

And that was our list of twelve of the most good-looking vinyl + cassette bundles.

Which of these albums are you planning to buy?

And if you’re a musician who wants to press some records or cassette tapes, give us a ring or simply email us.

You wouldn’t put a really good-looking USB drive in a boring USB flash drive packaging, would you? You’ve given it your best so you better go all the way! To add a bit of personal touch to your custom USB drives, make sure you would not put them in a generic USB case or else […]

YouTube, can create a MySpace, Facebook, Twitter account for their band promotion, can blog about their lives to gather followers.  And if they have the recording equipment and CD burners at home, they can actually make their album at a very small cost.  Anyone can do that.  Anyone. The setback is that with millions of […]