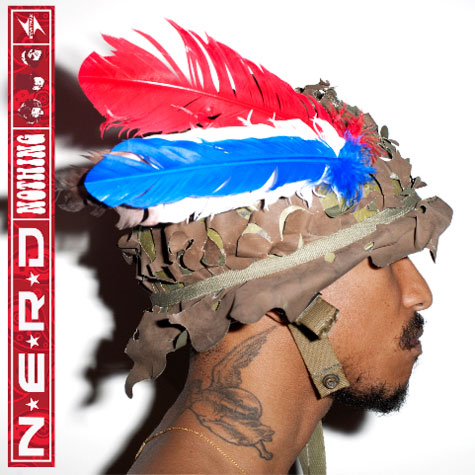 I must say I do love Pharrell’s look for NERD‘s 4th studio album, Nothing. The tattoo, the combat helmet, the bright feathers, and the tense facial muscles-it’s as if the guy is ready to go to war. Intense! What are they trying to say with this album cover? Is it an anti-war campaign? There’s a reason,aside from aesthetics, why they shot him dressed like that in hard lighting against a white backdrop. But what? God, I’m so close.. Hmmm…Maybe the answer is in the album’s title…”Nothing”. Maybe they just want to confuse us by giving us strong elements when in fact it just means…well, nothing.  We really wouldn’t know for sure since the  band has not given any explanation yet.

This album cover is quite controversial because it only has Pharrell in it. Where is the rest of N.E.R.D.? But let’s not forget that they only had Shae on their first album, In search of… 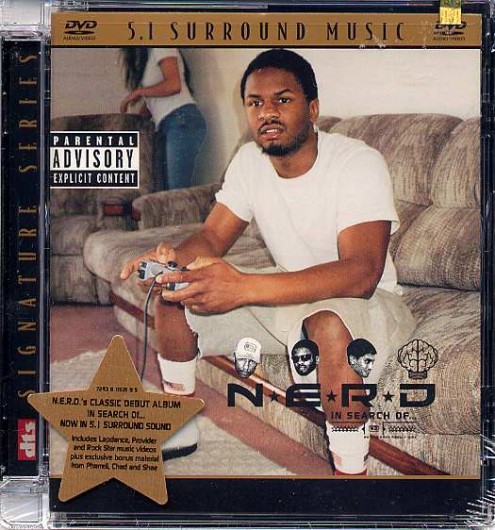 One surefire way of getting people’s attention is by exposing ‘physical assets’. No wonder we see lots of album covers with girls in their bikinis and guys with their shirts off. I think showing lots of skin and exuding sexy vibes may be effective since a lot of bands are using it since the beginning […]

The artwork on the CD packaging is meant to get our attention and what better way to do that than to put images with blood and gore. Here are some of the most captivating bloody album covers. Check them out and tell me which one you like best. Enjoy! Table of Contents The Beatles– Yesterday […]