T-shirts will never leave our wardrobes.

And why would it, right? When t-shirts can be worn whatever the weather, whatever occasion, wherever we go.

Basically, we can wear it every day. And even with a simple t-shirt, you can look stylish and fashion ready.

If you’re looking for shirts that would really make heads turn, why not try buying one from the list below?

Here are 10 movies with cool t-shirt merch printed with the most badass designs. 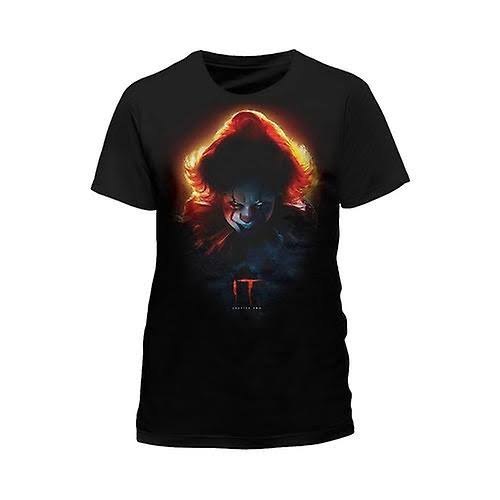 First on our list of movies with cool t-shirt merch is the movie It, the film that gave us all the reasons to fear clowns.

This official merchandise of the film features the sinister clown, Pennywise, with his hair outlined by glowing yellow-orange light.

The artwork is printed against a black t-shirt to make it even more spooky.

What I like is the bright red light behind Pennywise’s head. If someone who wears is standing from afar, it’s the only thing that’s visible. And the only time you see there’s a sinister clown is when you get closer. 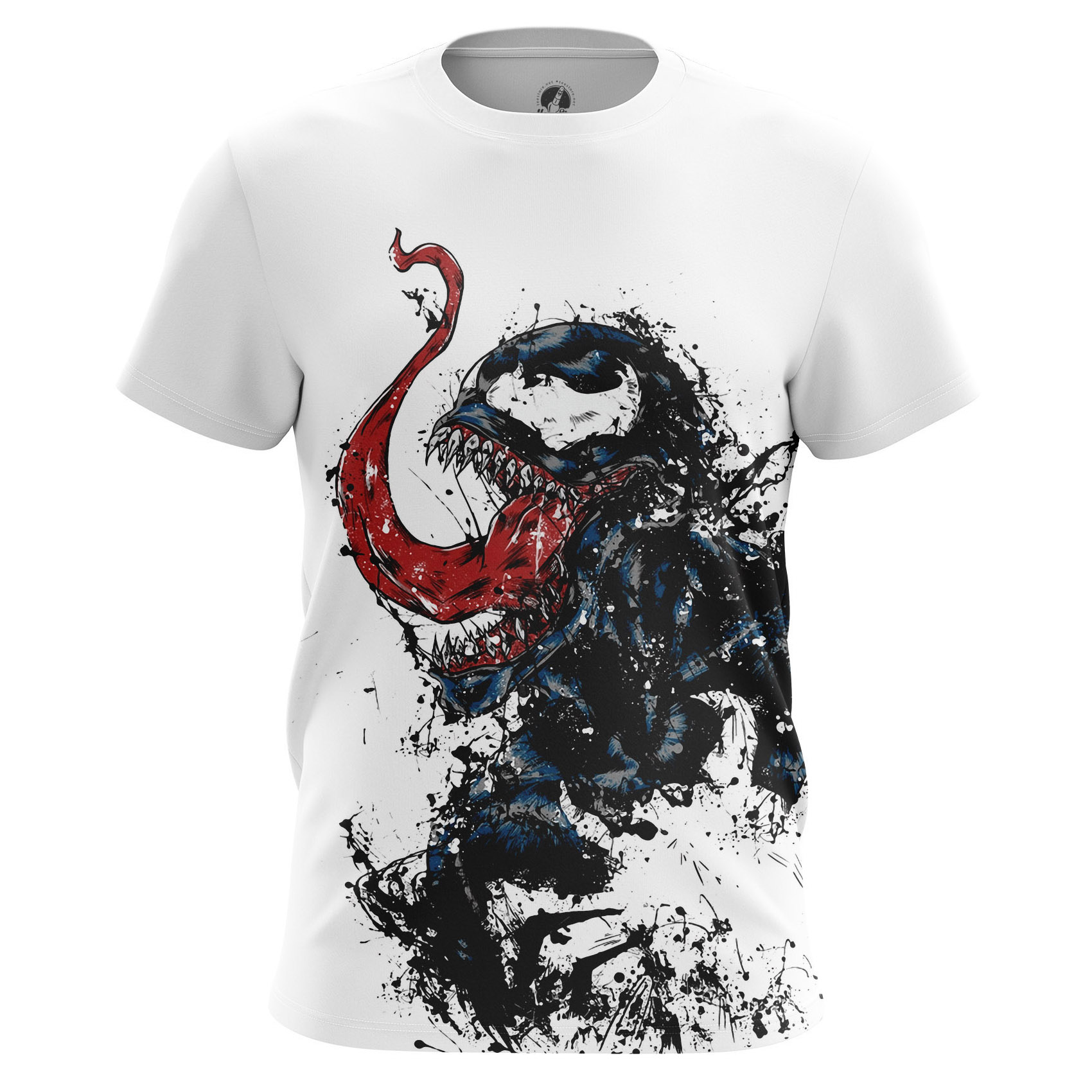 Next we have the movie Venom which revolves around the alien parasite hero-villian with the same name.

In the official custom t-shirt merch of the movie, an art of Venom is printed onto white shirts.

The art is both menacing and beautiful and I’m sure fans of the movie are loving it very much.

Check out our custom t-shirts. 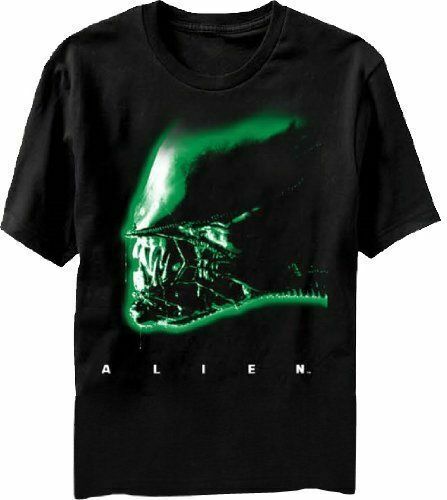 Now for another extraterrestrial focused movie, we have Alien.

Like the first two, this custom merch t-shirt also features the scary monster of the movie. This time, however, the only part of the alien in the art is its mouth decorated with long sharp teeth.

What makes it more eerie is the ghostly green glow surrounding the alien part while it’s printed against a black shirt.

What Is The Best Custom T-Shirt Printing Method? 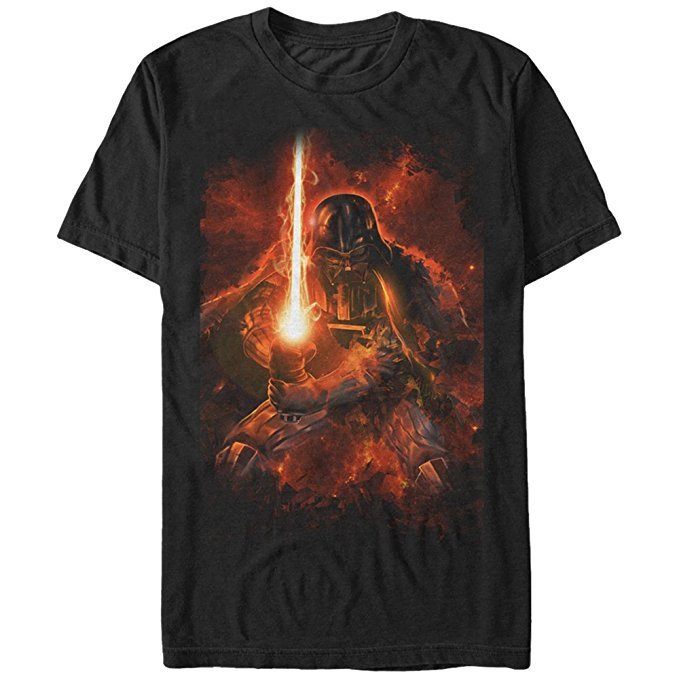 This movie is another one of those that are worth adding to this list of 10 movies with cool t-shirt merch.

The Star Wars movies have a lot of badass characters that would make great main subjects for t-shirt designs.

To give the perfect example we have the evil version of Anakin Skywalker holding his orange lit light saber while in his black Darth Vader garb. 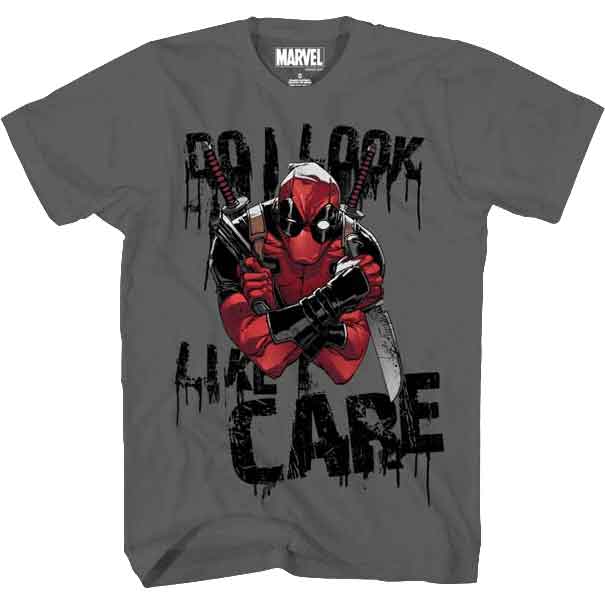 Marvel’s t-shirt merch for the film Deadpool is such a good way to market both the movie and the character.

Deadpool has been loved by many people thanks to his attitude and this shirt just gives its wearer a little bit of that beloved attitude. 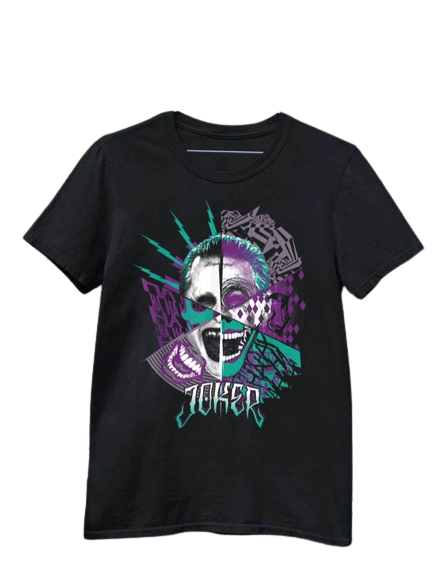 One of the most beloved villains of all time was part of the movie Suicide Squad, one of the first movies with villains becoming heroes.

The Suicide Squad t-shirt features a design that features Joker’s face cut into six parts distorting his face which displayed his lunatic and sinister nature. 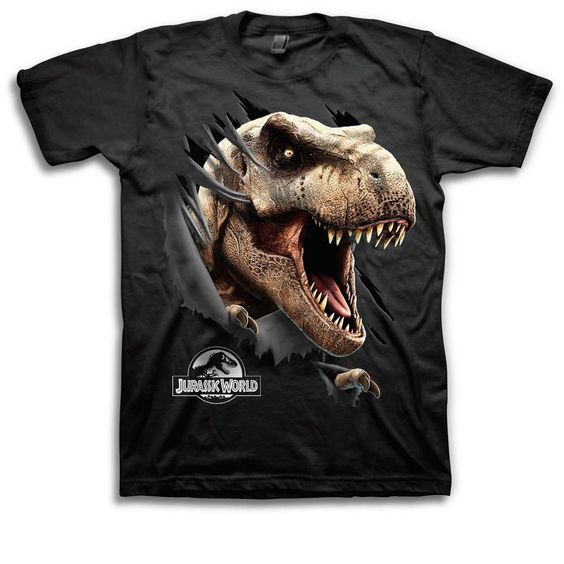 With this shirt Jurassic World just proved how it is one of those movies with cool t-shirt merch.

Just look at that Tyrannosaurus looking like it’s ripping through the shirt. It’s such a cool and badass design, don’t you think?

I hope that whoever has the power, raised the salary of the creators of this design.

They definitely deserve it. 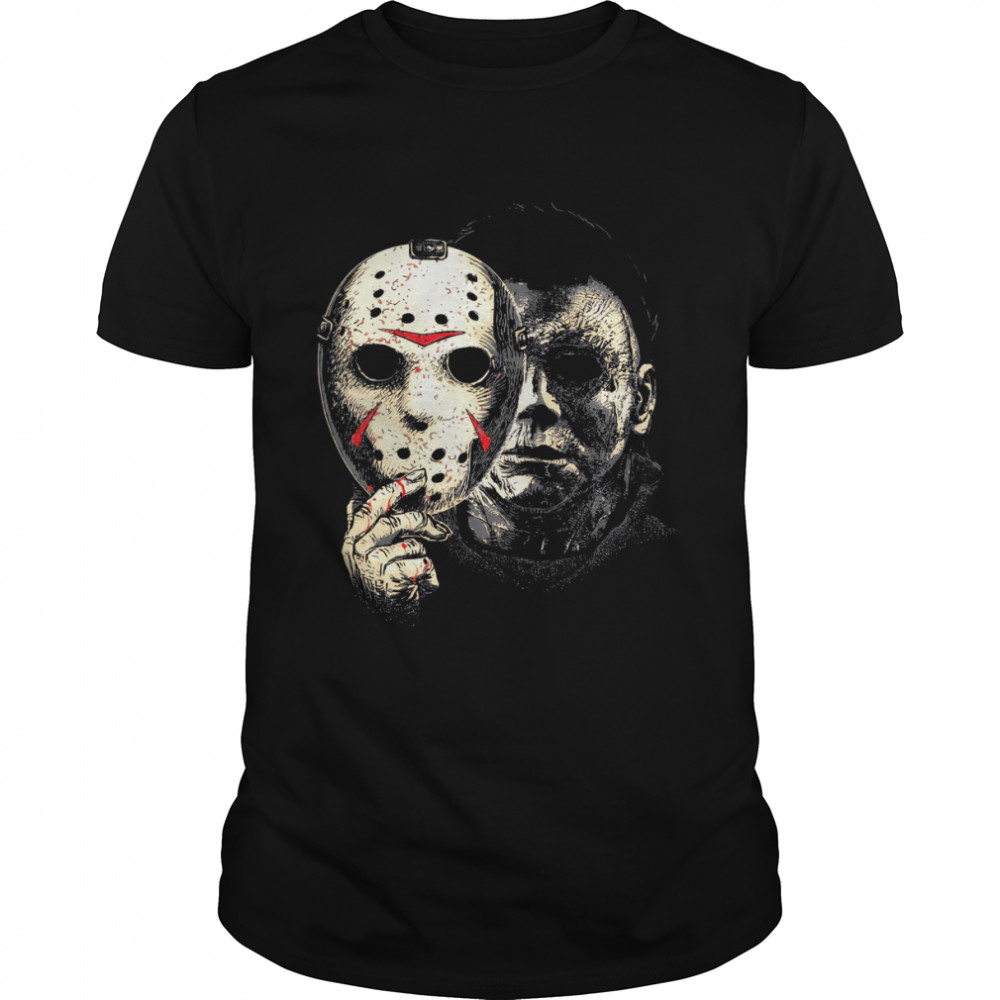 Behind the Mask or its official name Behind the Mask: The Rise of Leslie Vernon is a slasher film focusing on Vernon and a film crew he gathered to document his journey of being a murderer.

This t-shirt design from the movie is such a good one. It shows both the mask and the face under the mask with one of his eyes covered by it.

The art style also added to the eerie and dark feeling it brings when you look at it. 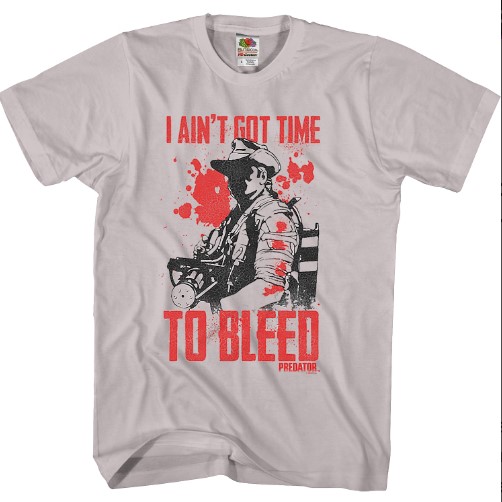 “I ain’t got time to bleed,” was uttered by character Blain Cooper, played by actor Jesse Ventura.

It is one of the most famous lines from the film Predator and it, of course, deserved to be part of one of the t-shirt merch’s designs.

The best thing about the design though is that it is also reliant on the color of the shirt because the design actually only has two colors, black and red. 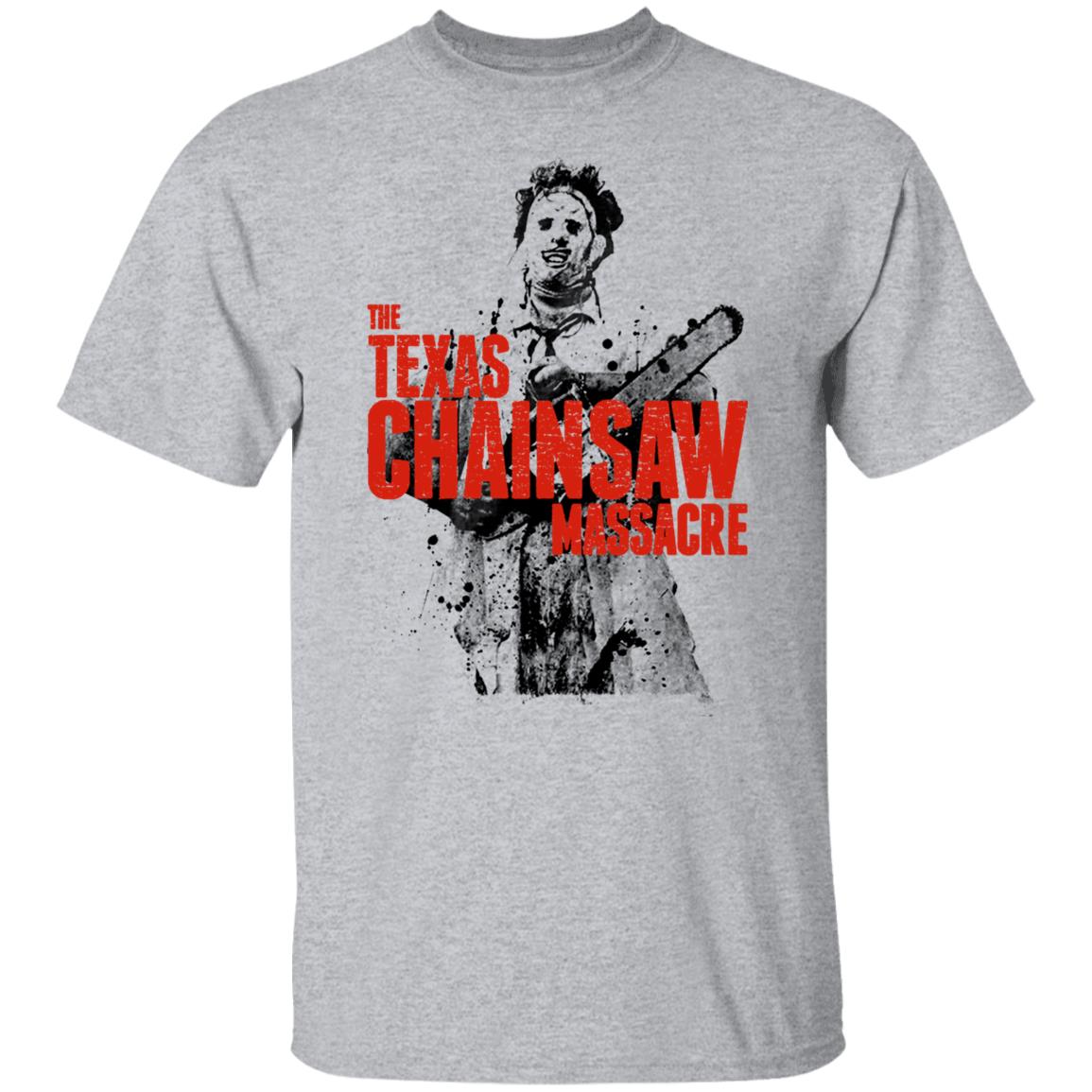 Now onto the last movie on our list! We have The Texas Chainsaw Massacre.

The scary murderer with his menacing mask, deadlly chainsaw, and bloody clothing is the center piece of the t-shirt design and rightfully so.

Imaging a person walking along the streets with this shirt on just gives me the creeps! Such a cool and disturbing design.

Now we’ve reached the end of the list. Which do you think has the most badass design?

Whatever film you choose, I suggest you get one of your own shirt now. Or if you’re an indie filmmaker, have your shirts printed here at Unified.

How to create your own personalized custom cassette mixtape!

In case you didn’t know, vinyl record sales surpassed CDs last year.  I know we’ve been bragging about this like we’re the ones to blame for the vinyl comeback (ahem, ahem…partly true!) but it’s really because we just love the good ole vinyl record format! I mean…could you believe it that analog is still thriving […]

Why Custom CD Packaging is Best for Bulk CDs

Searching for the best CD duplication services that does really kickass CD packaging? It really isn’t that easy but it’s definitely worth it! We all know it’s super hard to stand out from the crowd and having an attention-grabbing CD packaging is definitely the best way to turn heads. It was so much easier when […]