I’ve had countless nightmares of Linda Blair’s rotating head and the epic stairway scene from the Exorcist. Ugh! The film’s images just stick to the head. Once you’ve seen the movie, you can’t just shake it off.

There’s no doubt about it-It is one of the most influential horror films of all time. The 1973 cult film is about a 12-year-old girl who, all of a sudden, brutally changed both in the way she looks and the way she acts. Her mother looked for medical help but it seems like what she needs is an exorcist to combat the demon that possessed her.

The Exorcist became an instant pop sensation. It had a cult following and became a must-see for (horror) film lovers. After two decades, toy manufacturers started making Exorcist collectibles.  Toy and merchandise manufacturer NECA obtained the license to produce Exorcist-related items back in 2007 and they’re now producing the coolest Exorcist dolls. Check em out! 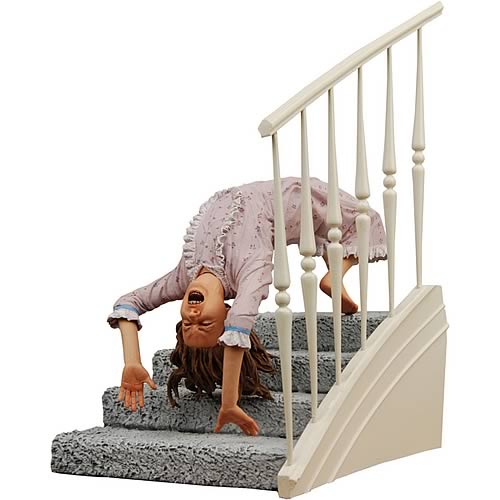 One of the most classic scenes in horror! This is a 7-inch Exorcist Spider Walk Regan Action Figure. Regan balances on her head and hair to recreate the notorious “spider walk” scene. She comes with a detailed staircase display base and multiple points of articulation, including a ball-jointed neck, swivel forearms, and swivel legs. Watch the short clip below to know more about the Exorcist Spider Walk Regan Action Figure. 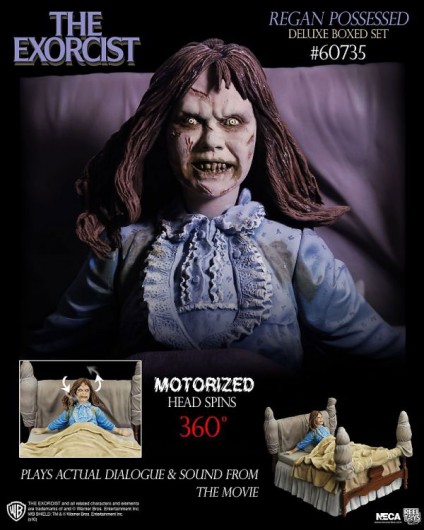 The bed is over 7” long, almost 6” across and over 5” tall and Regan herself is articulated at the neck, shoulders, and forearms. Motorized Action allows the head to rotate 360 degrees timed in sync with the actual movie scene.

Unfortunately, NECA have also confirmed the figurine will not play dialogue from the film– it will only play ‘music’. 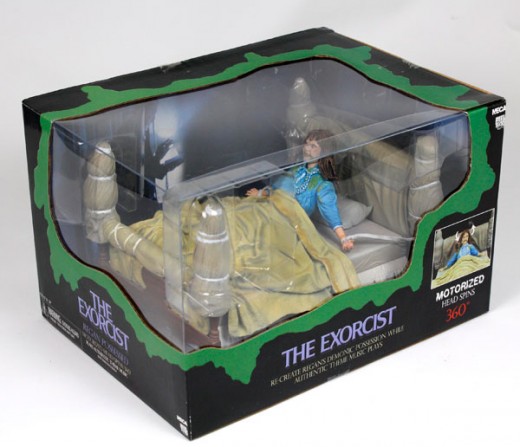 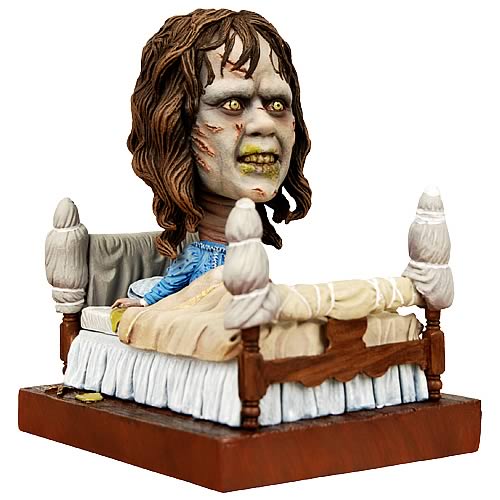 Featuring a creepy-as-always possessed Regan perched upright on her bed, complete with bedposts wrapped in padding and disgusting spew marks on the bedding and her demonic face. As if that’s not cool enough, Regan’s bed also shakes along with her head!

For me, the third one is definitely the creepiest. Actually, it’s too creepy I don’t want it in my room. Just look at those yellow eyes, that pale skin… No, thanks!  How about you. Which one do you like best?

Why Creating a Fashion Statement is Good for Your Music Career

I can imagine purists rolling their eyes when they read the title of this post but what the heck: for me, image is important. Of course music should be the number one priority of musicians but they should also learn how to market their music effectively. There are so many bands I know who play […]