Custom band patches have been around since musicians have been touring and selling merch. And for many obvious reasons!

First they are one of the cheapest merch items to make yet they’re the ones that sell like hot cakes. Who doesn’t want that combo, right? That’s a no-brainer if you’re a musician who wants to earn more from their merch fast. Second, you can sell them for a much higher profit. Some are willing to pay $12 for a $2 band patch if they really like the band and the design. Plus, they’re easy to pack and ship. No broken cases for this one, folks. Third, you can make as many as you like because you can just bundle them with almost any merch item.

As for the actual patches, they’re never out of style. It’s a classic add-on for any merch-loving dude and dudette. You’d want to put them on your tee, jacket, cap, or bag and you have a souvenir of your favorite bands forever. Here at Unified, we’ve been getting a lot of orders for custom patches. We’re not really sure why it died down for quite some time but in the recent years, custom patches are back with a vengeance. We convince our customers to give them a try (20-50 pcs) and they always come back for more.

For your inspiration, here are some of the coolest custom patches we’ve seen online:

Why we love it: What’s cool about this Guns N’ Roses embroidered patch is that it effortlessly stands out. The bright yellow and red just pops out even if you put it on a jacket with hundreds of other patches. It’s catchy yet simple and easy to make. 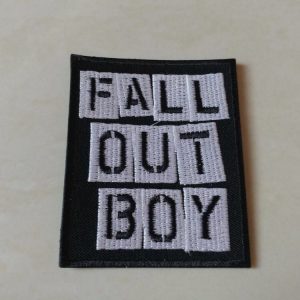 Why we love it: It matches the branding of the band (because of course it’s their logo) but it’s great because it doesn’t have too many frills. 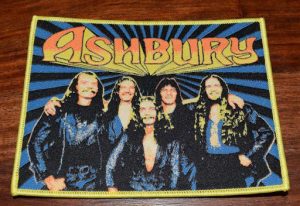 Why we love it: Love the photorealistic look of this embroidered patch. Although it’s not that clear, it has a more textured effect that matches its overall design. 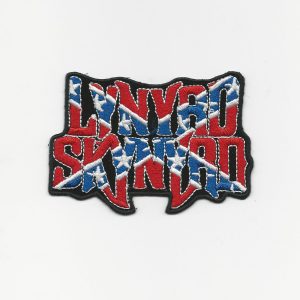 Why we love it: The bump of each letter feels solid and the embroidery work just looks clean. Plus, the design is not so simple to pull off but it’s really well-executed. Even the ones who don’t know Lynyrd Skynyrd would want these Lynyrd Skynyrd embroidered patch. 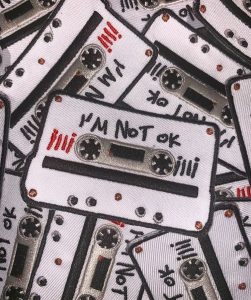 Why we love it: It has a cool design! It’s refreshing to see a band patch that’s not just a band logo. 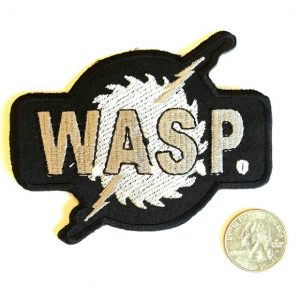 Why we love it: The gold thread makes this custom band patch stand out. Unless it’s your face, who doesn’t want shiny things? 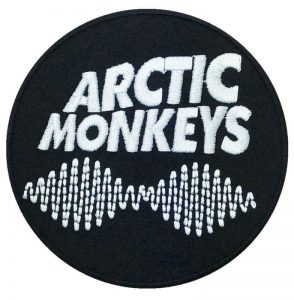 Why we love it: Simple but still creative, a little quirky but still a whole lotta classy. No sane person would ever think this is uncool. 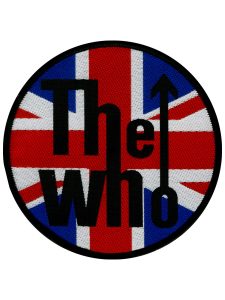 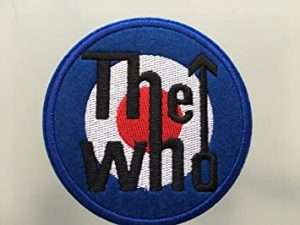 Why we love it: It’s smart to put variations to your logo. This The Who band patch is smart because they can change the background flag to match the country they’ll be visiting. 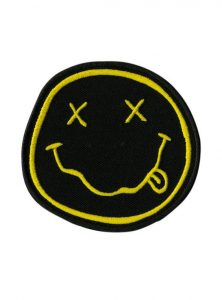 Why we love it: Ahh, the smiley face. It doesn’t have a band name yet we all recognize the band. We love a good logo put on a patch. It’s a band’s signature. Bands and musicians reading this, here’s a tip: aim for creating a good logo and brand. It makes you easily recognizable and you’ll have cooler merch.

Customize band patches to add more life to your merch table and of course, to your fans’ outfits. CLICK HERE TO GET A QUOTE.

We’ve been talking about t-shirt merch printing and promotional items for years now. To help you save time, we decided to compile these articles so you only have one place for everything t-shirt printing and packaging related. A quick read will give you huge tips on how to design, print, package, distribute, and market your […]

Now that CD sales are slowly declining, artists are either releasing in savvy vinyl records or in USB music flash drives.  What’s awesome about USB Music flash drives is that you can customize them in almost any way you want! And if you’re a musician, you’d want a design that screams MUSIC. What better way […]