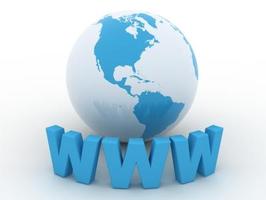 Two years ago, the word on the street said that all the undiscovered talent was on the Internet. Sites like Ifilm.com and Atomfilm.com were getting unknown talents onto A-list movies. Lately, we aren’t hearing anything like that. Is the Internet dead for distribution? Hardly. Broadband, and other faster Internet connections are making it even MORE viable to get your movie seen. Everyday more people get faster Internet which means you can put higher quality movies on the net and generate an audience.

Movies like “405 The Movie”, “Troops”, “George Lucas In Love”, showed that the Internet can elevate unknown filmmakers into the stratosphere. All of those filmmakers landed feature movie deals. And the BMWFILM.COM lot starring Madonna, Clive Owen, & Mickey Rourke showed that Hollywood bigwigs, like directors Ang Lee, John Frankenheimer (R.I.P.), and Guy Ritchie are willing to do short films for the Net in style.

Is the Internet good for feature films? Not yet. There are already some – www.movieflix.com and www.cinemanow.com already streaming feature length films, but the quality is dreadful. They do both buy the distribution rights to indie films, but the price is so low, it’s not gonna reimburse your craft services bill.

The Internet is still ripe for SHORT FILMS, even movies shot on DV. Since they are shorter, you can make a manageable, easy-to-download sized file that even people with a 56K modem (you know, the Amish) can download. Virtually every single editing software package now includes some kind of OUTPUT FOR THE WEB feature.

WHY PUT MOVIES ON THE INTERNET?

No, you won’t get rich, at least that isn’t likely. There is no easy money scheme for movies on the net. The allure of the Internet has always been the “free” stuff. Only a couple movie sites charge, and they are not as widely viewed as the free sites. Which is more important to you, getting the movie seen or getting paid? If your goal is to make money, putting it on the Internet is NOT going to help.

So where is the power, you ask? The power is in getting EXPOSURE. You need to be visible to be discovered. If you have that magical talent that Hollywood is looking for, you need to be somewhere they can see you. You can send you movie to hundreds of micro-film festivals & never even come close to a movie exec’s radar. And it costs a lot more in Film Festival fees to find out IF they will play your movie. Submitting to most web sites are free.

Even if they don’t see your work online in horrible REAL video quality, there is a validation that SOMEONE, SOMEWHERE liked your work enough to host it on the Internet for you. Much like on a resume, you list all the film festivals that selected your movie to play, the internet is better because they can actually SEE it whenever they want. The goal is the same – convincing someone important that you’ve got the goods. The Internet is a lot cheaper and more beneficial (if you’ve got the goods).

It’s not the same when you host all your own moves on your own web page. Any moron can do that. To get “selected” to have your movie played on someone else’s makes a movie exec or an investor think, “someone else liked their movie too”, and that means they are more likely to consider you & your work. Putting movies on your own web page is no better than a life insurance pamphlet.

Will putting the movie on the Net instantly make you a star? Hell no. Getting your movie on the Internet is only the half way mark. Getting people to know it’s there is the other half.

A whole other article can be dedicated to getting people to see your movie.

At the very least, on a movie web site you will get unadulterated feedback. It’s funny how the Internet can empower people. Some little weasel of a guy in Iowa who’s never been assertive in his life will make up a screen name like “BUBBA_BAD_MUTHA” and rip apart your movie on these websites because he can safely hide behind anonymity. Get used to bad reviews. Not everyone will love your movie. But you might learn something from these relentlessly honest viewers.

There is also a benefit of ownership. If some other site, other than your own hosts your movie & someone else rips off the idea, or steals elements, you have an unbiased third party that can prove WHEN you had your movie online. It establishes YOUR idea with a date & time.

Some sites (like Ifilm.com) want to get you to “buy” your exhibition package. It’s only $150 for 3 months of hosting ! What a scam. Since several other short film sites went under, they started charging EVERYONE to host their movies (unless it already made them money like 405 the movie). You are a filmmaker, and you should never PAY someone else to host your movie.

The thing to be careful of are the websites with EXLCUSIVE contracts. Read the contracts carefully. Some of them want ALL rights to your movie (like www.atomfilms.com want DVD rights, TV rights, theatrical, and everything, PLUS you can’t have any other web site EVEN YOUR OWN show the movie). If you are willing to give these up because it was something simple you did in the backyard with a camcorder, then go for it, but be aware of the consequence – you just lost all rights to a movie you wrote & directed. READ the contracts carefully on their web pages before signing & sending. Each site is different with different needs & wants.
SUMMARY

Increase your exposure, get honest reviews, have an excuse to let the media know you have a movie, and virtually every site let’s you submit for free.

Why WOULDN’T you get your movies online?
1. contracts that restrict your movie forever, losing rights
2. some sites cost $$$

Why WOULD you put your movie online?
1. increased exposure, better odds of being “discovered”
2. honest, unadulterated feedback
3. nice excuse to send press releases to media
4. validation that a web site saw fit to add your work to their roster

What I can’t stress enough for aspiring filmmakers seeking the big time, you have to be visible to be discovered.

ATOMFILMS.COM, the granddaddy and still powerful

Bijou Flix , also does a “BEST OF” DVD

IFILM.COM – ifilm boasts the most shorts & the best success ratio of filmmakers going from rags to riches – see their “success stories” articles. It’s also the most annoying with horrendous pop up screens, and unless you have an Oscar for your short film, expect to pay a hosting fee.

REELMIND.COM – limited free hosting, but it is there

BMWFILMS – viewing only, but well worth it

Movieflix, one of the coolest new sites and has a broad range of titles of royalty free old movies and new Indie short films

Short TV, out of New York also has a TV show counterpart on TV in NYC

UNDERGROUNDFILM.ORG – SAVING THE BEST FOR LAST, recently purchased & revamped. One of the longest lasting & most supportive short film sites onthe web.
There are more sites, and stuff, but these can get anyone interested started.

Want to see your favorite album in vinyl record?

The Vinyl Collective may be worth checking out. The Vinyl Collective is a place for fans of vinyl, artists, and record labels to work together towards getting more albums put on wax. 220 members of the group vote on which albums they would like to see pressed into vinyl. Once an album is selected, the […]

One Reply to “Indie Filmmakers: Sites to Post Your Short Films”