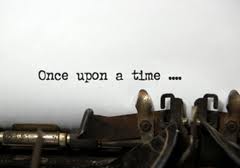 Great filmmakers are great storytellers.  We make films to share something-to let other people see what we see, hear what we hear, and most importantly feel what we feel. The really good films make us see life not just as it is-but as something more. This is the primary goal of all good filmmakers-to freely express their story to a lot of people. True artists can never be happy when there are constraints…and that is why there is independent cinema.

Filmmaking is one of the best ways to connect to a lot of people because the medium is audio-visual and the language of film is universal.  If a single photograph can move us, what more if we see a series of images? We watch films with different languages, yet we still feel in one with the film-as if we are watching our life onscreen.  Every scene, every line, every setting of a film, has a relevance to the story-teller (the filmmaker). Each of them share to us a chunk of their life, of their imagination, of their dreams and frustrations. When watching films by Zhang Yimou, Kurosawa, Woody Allen, Truffaut, I cannot help but get mesmerized by their brilliance-these filmmakers have developed their own kind of storytelling that has endeared the whole world and the world of filmmaking. These are the few ones who are brave enough to remain true to their selves and true to their material.

But I do not feel this way when I watch most Hollywood films. Some of them are good, but majority are just mixed together using a certain formula so the movies would sell to a specific audience who frequently visit the cinema. These Hollywood people perform surveys of the movies and are tested beforehand to make sure that they will get twenty times the money they invested.  They produce the same kind of movies and the same kind of culture all year round.  These are the kinds of movies that you pay big bucks in the cinema and forget the plot the moment the closing credits roll up. They’re like junk food for the brain.

I would much rather watch a movie that has a good storyline but with low production value than a bad movie with a high film production value. Kick-ass special effects, famous celebrities, expensive-looking sets, picture-perfect cinematography, elaborate costumes can never ever save a lousy story. A good story is everything.

The challenge of each and every independent filmmaker is to stray away from convention and tell a unique story in a language that can be understood by many.  We do not just go indie because we hate the politics of the industry, or we hate the money-making scheme of major studios…It should be for a bigger reason. We should go indie because we feel that we have great stories to tell and we cannot fully express ourselves if we are with a studio. Why else would you go ‘indie’ if you’re just going to make the same kind of stories Hollywood makes? If you have a good story to tell, then you have a gem in your hands.

5 Marketing Lessons We Can Learn From OK Go

Have you seen OK Go’s latest music video, “I Won’t Let You Down”? Crazy, isn’t it? Now, some of you might hate OK Go for having too many gimmicks (like Flaming Lips or Kiss). Why can’t musician just be known for their music alone? do we really have to make crazy stunts to sell? Sorry to […]

So you’ve been wracking your brains out and squeezing every droplet of creative juice for the most awesome CD packaging ever. It’s not easy but I am sure that it would all be worth it once you see people’s “wow, cool!” expressions when they see your CD packaging. You realized just how important CD packaging […]