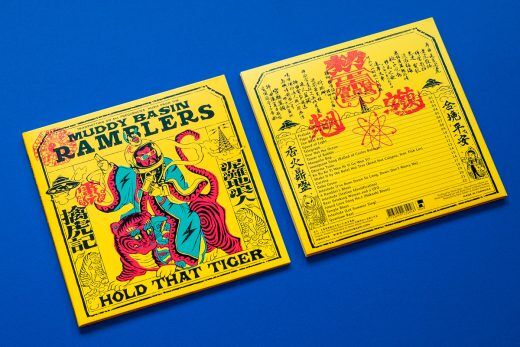 “Hold That Tiger” is the third full-length album by the jug band the Muddy Basin Ramblers, a group of US/UK expats living in Taipei, Taiwan. The album has 22 tracks of mostly original music with styles that range from swing jazz, blues and ragtime to Taiwanese traditional temple parade music, Nakashi (known in Japan as Enka), Irish folk and even Taiwanese hip hop. The song lyrics cover an eclectic mix of topics and themes, including the phenomenon of folk religion and cults, the Asian immigrant diaspora, the Beat Generation, sci-fi/UFO kitch from the 1950s, and the history of jazz music.

To convey the experimental nature of the music and its subject matter, which plays with the East/West cultural divide, we decided to create a visual style that combines Taiwan’s religious folk culture and Taoist mysticism with a touch of 50’s retro-futurism from the West. 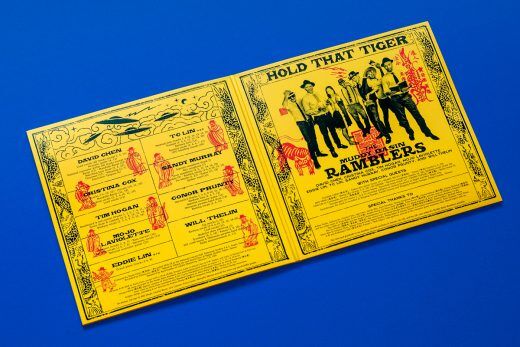 The Cover
The title “Hold that Tiger” comes from a lyric in “Tiger Rag”, a jazz standard dating back to 1917, which is the first song on this album. We borrowed from traditional Chinese folk art, invoking an iconic image of the Taoist figure Zhang Daoling, aka “Chinese Celestial Master Zhang Tianshi” (張天師神符), who is often portrayed with a tiger. The image is sourced from a Taoist paper talisman (“Fu”/符). The Fu talisman is traditionally kept to ward off evil or unwanted spirits and ghosts. In keeping with one theme on the album — the mixing of traditional and modern elements — we “retro-fitted” Master Zhang with a space helmet, 3D glasses and a jug (often used as a homemade “tuba” by jug bands).

CD Sleeve
The CD is wrapped in a sheet of yellow paper that takes on the appearance of a Taoist Fu talisman. The printed calligraphy may look like abstracted Chinese glyphs, but is actually comprised of Roman letters, with the band’s name written on the right (The Muddy Basin Ramblers) and the title of the CD on the left (Hold That Tiger). This reconstruction technique is borrowed from artist Xu Bing’s “square word calligraphy,” in which he devised a system for writing English in a form that resembled Chinese characters. When folded using a origami hexagon folding technique, the CD sleeve emulates the appearance of a traditional Taiwanese amulet.

CD Label
The design derived from a Chinese zodiac wheel (denoting 12 palaces) in a fortune-telling chart, originating from Yilan, Taiwan. 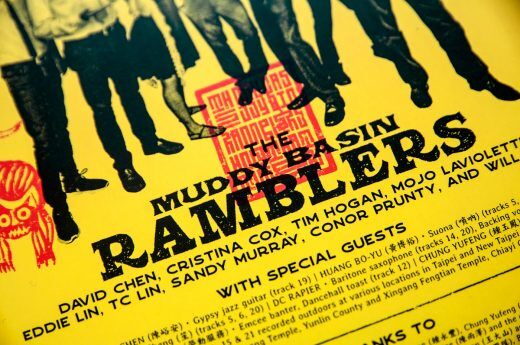 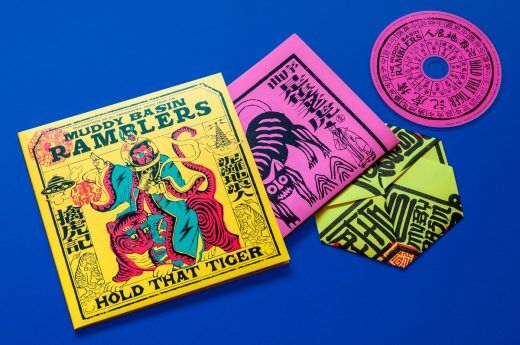 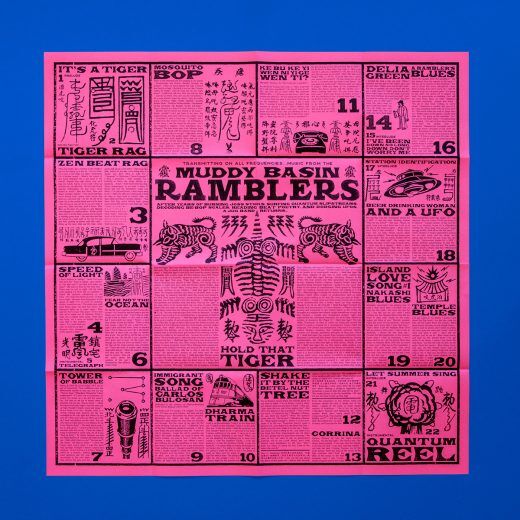 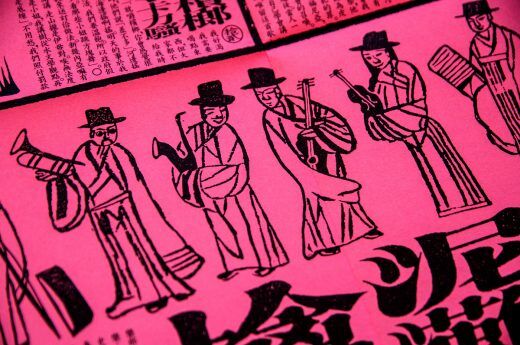 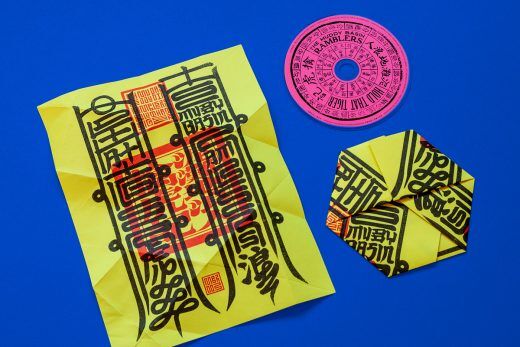 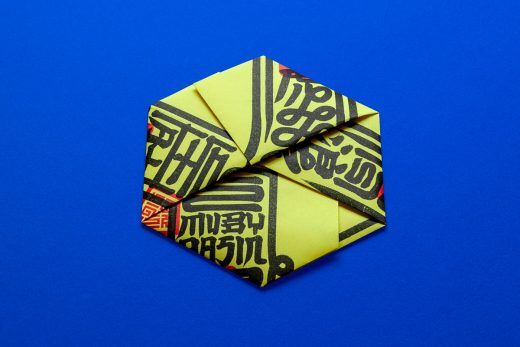 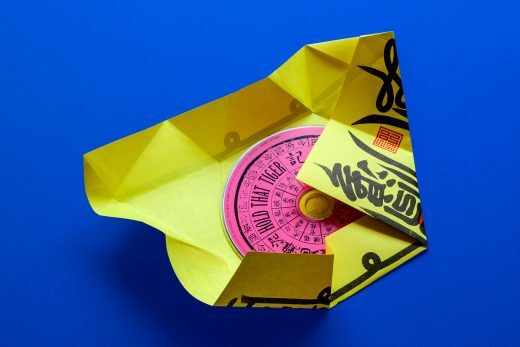 Yes, ladies and gentlemen, interactive posters do exist and they’re the coolest promotional items ever. Trust us, when you see them, you wouldn’t just want a regular poster. Here are some brilliant posters that go above and beyond simply being pieces of paper that contain good design and good information. Table of Contents METAL PLATE […]

Record Package is not just something to be dismissed because it adds personality and branding to a record. Aside from the music itself, this is the reason why people actually buy the hard format. These records are worth collecting because they are in special packaging. If they’re just sold in regular-looking cases, I doubt it […]