With these music trends that involve how we make and experience music, there’s no denying it, we are indeed in the future. There’s an app and machine for everything —from composing music to hologram concerts to VR and wearables. But what is interesting is the prediction that vinyl, cassette, and other physical formats will sell more this year! Here’s a list of some of the most exciting trends and forecasts for 2019:

More Direct-to-Fan Communication
It’s true that musicians want to interact with their audience directly, and the social media proved it! This trend made some new stars recently. Thanks to this development, musicians, brands, and corporations want to use social media messaging. They want to use Facebook, Twitter Instagram, and WhatsApp to engage with the audience while creating new marketing scenarios directly.

VR for Festivals and other technology advancements 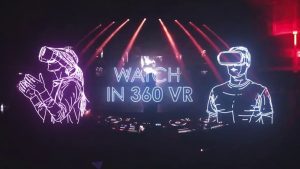 Another music trend we expect this year are the AI, VR and Blockchain to have a massive impact on the Music Industry. Yes, there are some ground-breaking advancements recently. According to a report, companies are focusing on creating virtual reality focused on music festivals, AI-composed music pieces and much more. It seems like investors are going strong on the technological development in the music industry.

Vinyl, Cassette, and other Physical Formats will Sell More 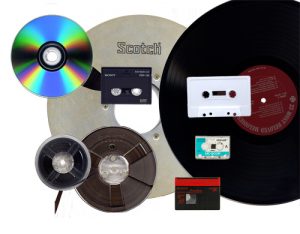 Digital format is selling higher than ever, but that doesn’t mean the physical format is dead. According to Opium London (a concert venue), Live music attendance spiked last year. This means people still want to see their favorite artists in person despite the incredible developments in VR and 360 views. The same goes for vinyl collectors and cassette players. Sales of vinyl and cassettes increased last year. According to a survey in the US and UK, cassette sales increase 90% last year in the UK while Vinyl sales grew 12% in the US.

Albums will get even longer – Charlotte Gunn, NME editor

“Albums will continue to get longer in 2019. In one of the last significant releases of 2018, ZAYN followed the trend of bloated releases and dropped a 27-track record – that’s 1 hour and 28 minutes of Zayn Malik – much to his fans’ delight.

“In this current climate, long albums do numbers and unless we see a dramatic change in the way that streaming contributes to the charts, this trend is going nowhere. Nicki Minaj, in a desperate bid to beat Travis Scott to No.1, was furiously adding tracks to her record after its release.

“There’s a big world out there. Yet for a very, very long time global pop music culture was dominated by the English-speaking music of the UK and the USA plus a couple of outliers like Ireland and Jamaica. However, we’re now witnessing a revolution like nothing ever seen in the modern world. The connectivity of the internet was already making music from all over the world – not ‘world music’ in the sense that usually signifies traditional sounds, but modern pop – readily available. But the shift to streaming has sped this up exponentially; and in particular, huge hits in particular regions of the world will spread like wildfire.

“But this isn’t just about the next Gangnam Style or Despacito, it applies all the way down into the underground. In electronic music, not only are a generation of stars rising from Siberia to Seoul, Capetown to Caracas, but labels and collectives are coming up specifically to forge international bonds. We have seen NON Worldwide, an ‘African diasporic’ label and community, the Chinabot imprint showcasing artists of East Asian descent, Bedouin fusing experimental electronics with the music of the Arab world, and so on.

“This diversification and hybridisation is only increasing. So if you want the newest, strangest, most vivid developments in music, look not to New York or London, but to Kinshasa or Kuala Lumpur!”

YouTube Downloading Sites: Biggest Music Industry Threat
Well, this definitely one of the music trends we do not want but should still know about. While YouTube offers the ability to watch content at no cost, websites that “stream rip” music allow people to convert a YouTube video into an MP3 file and keep it. These sites are attracting millions and are the biggest threat to the music industry, numbers show.

According to the Independent “A third of young people use sites that illegally convert videos from Youtube to MP3 files” in the U.K. The effects of stream ripping have come to light thanks to a crackdown that began in 2016 and is underway in an effort by companies in the U.S. and the U.K.

On Jan. 12, the U.S. Trade Representative released the 2017 Out-of-Cycle Review of Notorious Markets, identifying the worst of the worst, including stream rippers. In its sections on positive developments since the year before it references successful enforcement efforts such as the shut down of Youtube-mp3.org. It also identifies Convert2MP3.net as one of the worst offenders however for a more detailed description of what stream ripping is, a footnote advises to see the previous year’s report. This is a sign of a persistent problem.

Stream ripping remains one of the easiest and most popular methods of downloading that can be easily abused and is regularly, for infringing purposes. Above all, it hurts musicians.

Machines making music
One music trend that is quite expected is the rise of machines. Machines being used to compose music is certainly a controversial concept. Can something as personal and emotional as music be created by AI with positive results? Although the answer depends on who you ask, many tech brands are experimenting with this idea, including Sony and IBM, using musical components like mood, cadence, and style to compose new songs.

Many innovations are being worked on in the field of music wearables. One fascinating example is BodyRocks, a company that creates wearable technology that translates audio signals into physical vibrations onto the body. It’s a very interesting concept that seeks not to make you feel like you’re standing next to a giant speaker rumbling the floor at a concert, but instead to develop an immersive physical experience from listening to music.

4 Film Festival Essentials Every Filmmaker Should Have

If you’re going to a film festival, you MUST carry around these film festival essentials to make the most out of the event. Aside from having a lot of fun and meeting a lot of awesome people, our primary goal as filmmakers when we go to festivals is to sell our films or ideas. If […]

The pandemic has made it difficult to make any predictions but luckily, there are music industry pros with good experience, good sense, and powerful crystal balls. They’ve been studying trends in music and they know how things work on the ground (and online!), so their predictions are the most legit. Let’s see how they imagine […]