YouTube, can create a MySpace, Facebook, Twitter account for their band promotion, can blog about their lives to gather followers.  And if they have the recording equipment and CD burners at home, they can actually make their album at a very small cost.  Anyone can do that.  Anyone. The setback is that with millions of bands competing to get attention, it is quite difficult for any band to stand out.  Because of this fact, many artists find it hard to concentrate and give 100% effort to their band because the chance of them getting noticed is slimmer. They need a day job to feed and clothe them, to send their child to school, to survive-which is more important. But for the persistent artists, there is always a way no matter how hard it may seem.  Their calling is like an itch that needs to be scratched and money,money,money is one, if not the only thing that’s stopping them in their tracks. Some musicians who don’t land a contract have been asking their fans to supply grants for developing new music. Kickstarter is the most famous and successful website that aids the process by providing the software tools for musicians in looking for sponsors. 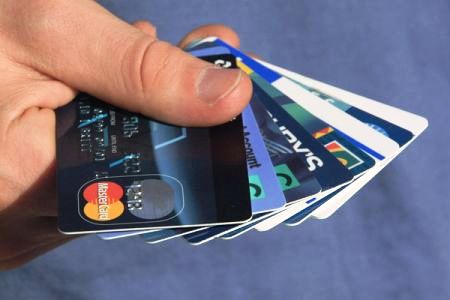 Here’s how Kickstarter can work: But it’s a conditional pledge: the cards are charged only if there are enough pledges to meet the fund-raising goal in 90 days. Kickstarter charges groups only 5 percent of proceeds — and only when the project succeeds. Since Kickstarter opened in April 2009, the average fund-raising goal for music projects has been $6,000, and 46 percent of them have met their targets, the company says. One success story is that of Sgt Dunbar & the Hobo Banned, an eight-member group based in Albany. The group sought to raise $3,000 to help repair its eight-year-old van and to cover travel expenses to Austin, Tex., for the SXSW festival last month. It raised $3,782, including $100 each from 11 backers who got various goodies, like their name on the van as a tour sponsor. The site also hosts projects set up by photographers, filmmakers, writers and other artists. _______________________________________________________________________ Unified Manufacturing is an L.A. -based one-stop-shop that offers very affordable CD/DVD/USB replication, custom printing, promotional products, warehousing and fulfillment and many more. If you need an Instant Quote on a project and you want FREE SHIPPING, simply CLICK HERE.]]>
0/5 (0 Reviews)
0/5 (0 Reviews)

Music Marketing Tips We Can Learn From Kpop Bands

How did Kpop bands become super popular to the point that they can compete with American artists in Grammys and Billboard? You may be a CEO of an entertainment company, an idol promoter, a music fan, or even a mere citizen of this world, but I am sure you’ve entertained this question once even for […]

Indie Musicians: “Grunt Work” is What Building Your Music Career is All About

Replace Your Misconceptions As a consultant and educator, it’s my job to replace your misconceptions about the music business with a dose of business savvy. It’s not surprising that so many artists don’t have a clue about how much grunt work is required to build the foundation of their career. We consumers see only the […]