Musicians are an ambitious bunch. It’s not that you want to be as rich and powerful as Bezos (although that won’t hurt), but generally, musicians just have this very simple wish: that everyone in the world would to listen to their music…and you know, touch people and make a difference in the world, and…well yeah, probably a little more difficult to attain than just getting rich, huh?

But when we dream, it’s only natural that we dream big. We want to go all the way because we have to BE more and in order for us to be more, we have to DO MORE and HAVE MORE. That’s just how it should be, right? Go big or go home, they said. Give it all you’ve got or don’t even start, they said.

But hmmm… MAYBE NOT.

What if I tell you that it shouldn’t really be that way, that having this approach to your music career can actually do more harm than good, to you and to your music.

you’ll also spread yourself too thin by doing 1000 things at once.

Would you agree a little?

Maybe aiming “less” would make you anxious but hear me out!

We all know this marketing basic: You cannot talk to everybody!

And the very basic fact of life: You can’t make everybody like you!

It is much better to go deeper than to go wider. It saves you more time, money, energy…and it’s definitely more effective.

This is a more effective strategy not only because you won’t get tired shooting random bullets and hoping one or two stick, it’s because having SUPER FANS are the way to go if you want to have a long-term music career.

You start with nurturing a few fans at a time…make them feel really special and impress them with your music and good looks. Then just make it a goal to add a few more while you keep making the old ones continuously happy.

One at a time, day by day, is the way things are done if you want to build something long-lasting. 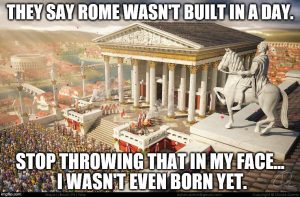 There’s a book called “1000 True Fans” by Kevin Kelly that talks about this. It says that all you need is 1000 true fans who support you so you can make a full-time living as a musician.

What does this mean?

First, let’s define what a  TRUE FAN or SUPERFAN is. 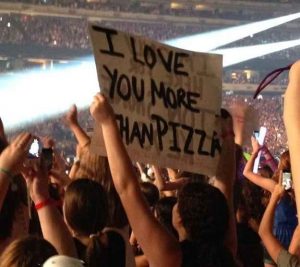 A SUPERFAN would subscribe to your newsletter and read each sentence with a smile.

A SUPERFAN would buy your merch and wear them proud.

A SUPERFAN would not only but your CD, they’d buy your custom vinyl records, books, box sets, custom cassette tapes, and whatever stuff you throw their way because THEY LOVE YOU TO BITS!

THEY ARE YOUR ALLIES. WITHOUT THEM, YOU’RE NOTHING!

So let’s do the math.

Imagine if you have 1000 super fans and let’s just say that each one of them give you $20 profit a year for merch alone. That is already $20k USD. Now imagine if many of them donate to your Patreon or fund your music video, buy your vinyl, buy your concert tickets!!!

Amanda Palmer also gave us some insights and how-to guide on how to let your fans help your music career in her book “The Art of Asking.” 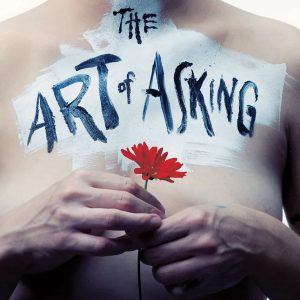 Performing as a living statue in a wedding dress, she wordlessly asked thousands of passersby for their dollars. When she became a singer, songwriter, and musician, she was not afraid to ask her audience to support her as she surfed the crowd (and slept on their couches while touring). And when she left her record label to strike out on her own, she asked her fans to support her in making an album, leading to the world’s most successful music Kickstarter.

One of the biggest takeaway from Palmer’s book is this:

WHO IS YOUR CROWD? 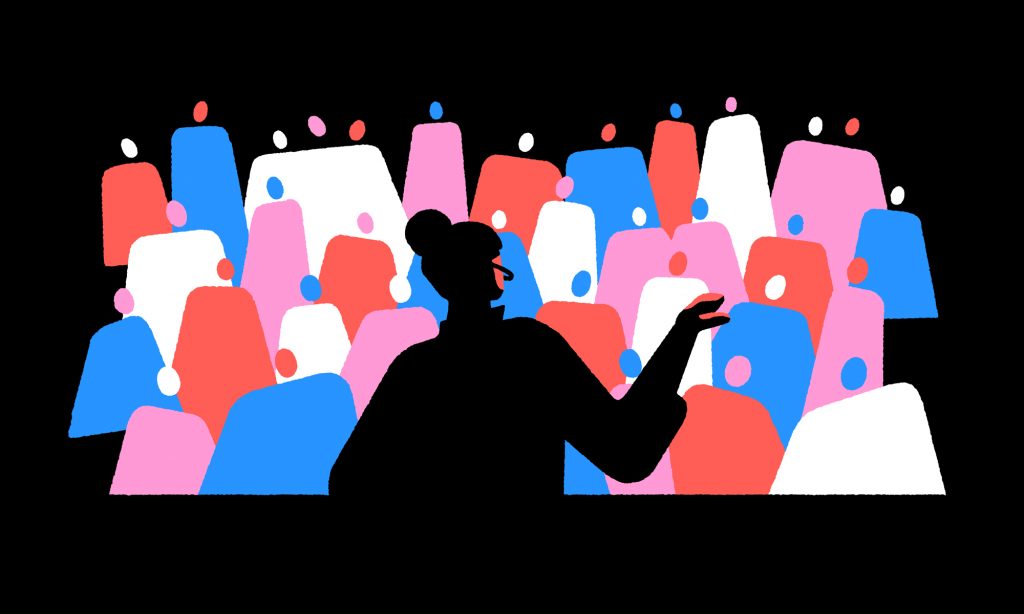 What is their age range? Their gender? Their habits? Their fashion sense? Their personality? What other bands do they like?

Check your previous interactions with your fans in real life and in social media, check their data and come up with a single person that best describes your fan. 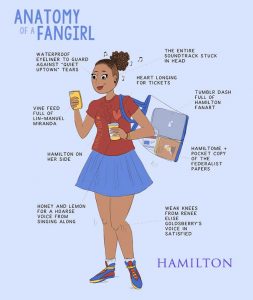 After you’ve made a clear sketch of your typical fan, it is time to ask yourself these questions (much better if you can ask them directly too):

It’s important to know the answers to these questions because they are the key to your fans’ hearts! Give them what makes them feel special, and do it as often as you can, and you’ll have the most loyal supporters who’d be willing to take a bullet for you. Heck, they’d even help you bury a body if you kill someone (but let’s not try to prove it please).

MAKE THEM FEEL LOVED, through your music and your stories and every item you give them, AND THEY WILL LOVE YOU TENFOLD!

So now, I hope we’re pretty much convinced that having a few hundred superfans (and nurturing them longterm) is waaaay better than having thousands of random people who might not even remember your music in a year or two.

MARKETING WITH SUPERFANS IN MIND

So let’s say you’re already convinced that you should focus on your people, your true fans, your superfans. Now what? How will this affect your marketing efforts?

#1 . DON’T PUT ALL YOUR ENERGY ON GETTING VIRAL

Getting viral is nice. It is always a good thing especially if you have something to sell or promote like your music. But it’s not really a wise strategy because “going viral” is not really a strategy.

First of all, you want to be famous for your music, not your gimmicks. Second, it might seem easy to make a viral video but a lot of it relies on a good amount of luck and marketing know-how.

Sure, you can try but don’t put all your eggs on this one. Heck, not even half of your eggs. Besides, you can get famous overnight on Tiktok but will it actually lead to fans and album sales? Having many views and instant followers don’t mean nuthin’! It doesn’t necessarily translate to anything useful to you because *surprise surprise* you must attract the right people…YOUR PEOPLE! Sure, lots of people will notice you but it’s better to pay more close attention to YOUR PEOPLE.

You can attempt at getting viral but make sure it primarily aims at your people, not the 7billion people in the world!

Imagine there’s a party and you no one knows you. You don’t want to shout out loud or make a scene…at least no yet. You want to keep it cool and cute like this guy.

You want to start with just a few guys seated at the back. You might even start with a whisper and once you enjoy each other, others might want to join in your conversation until the circle gets bigger and bigger.

If you just shout just to be heard, people would cross their arms…or they will listen but not feel like you have something special. This applies to music as well especially because those who feel close to you (aka your superfans) are the only ones very willing to dig deep in their pockets just to support you. And once you have 10 – 20 fans, start nurturing them.

Don’t ignore them just because you want more. Then add more and more but always stay close to your fans. They are your friends, your allies. They’d probably stay with you longer than a lover.

THINK OF IT AS A MLM SCAM but a good kind. 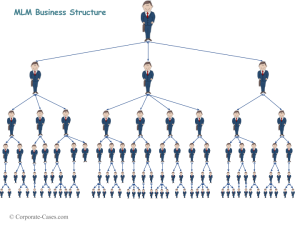 Unlike regular fans who just put your songs on their playlist and not really know your dog’s name, superfans would rave about you to their friends, colleagues…to their seatmate on the bus. Take care of each one and don’t be discouraged if you don’t have millions of followers. 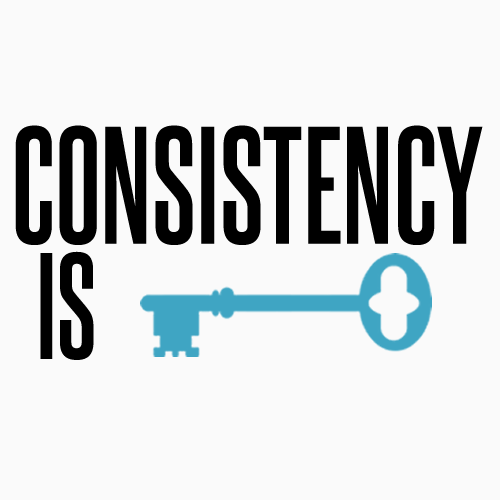 Your superfans know you. Many of them know how many often you release music, what kind of shirts you make, your gimmicks while performing.

They also know your personalities, what makes you tick, what type of music videos you make. Do not go MIA on them if you’ve been sending them emails monthly. Keep at it even if you’re not in the mood.

Post stuff on your social media and talk to your fans like they’re really your friends. If you’ve been close to your fans, don’t “ghost” them all of a sudden. You started it, now you must maintain it. This is what building a good long-term relationship is like and you should apply the same principles to your fans.

Don’t be overwhelmed when it comes to marketing your music. Find your tribe of loyal supporters, reach out to them, really talk to them and impress them with your music…then have dates with them, give them cool stuff, include them in your music videos. If you found the right people, you don’t need a lot!

8 Awful Ways Artists Deal With the Terrible, Horrible, No Good, Very Bad Rejection Letters If you just received a rejection letter, it’s alright (in fact recommended) that you respect your feelings. If you feel down, by all means go have a bottle of wine or sleep in three days in a row. However, never […]