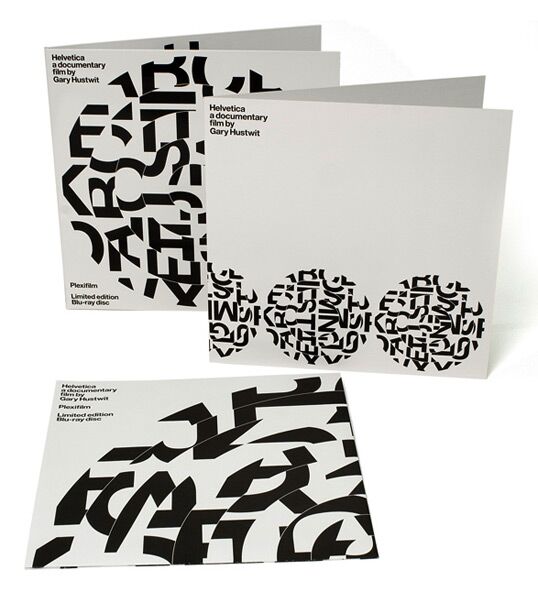 The typeface Helvetica, a movie directed by Gary Hustwit, was released in bluray format in 2008. It was packaged in a beautiful record sleeve with a very playful design. It was designed by Experimental Jetset from Netherlands. Why a record sleeve? Here’s a text explaining their concept behind this bluray packaging.

Thinking about a packaging for this Blu-ray disk, we first started to consider the whole concept of Blu-ray itself. It is yet another format, the latest in a string of formats, and just like VHS and DVD, this format will be obsolete soon. This whole theme, of obsolete formats, is something that we have always found interesting; in fact, towards the end of 2000, we dedicated a whole issue of Emigre magazine on this subject (see Lost Formats). So we thought it would be interesting to come up with a packaging that would revolve around this whole theme of formats. That’s when we decided to package the Blu-ray disk in a record sleeve, referring to the vinyl 12” LP, a now almost defunct format. There’s also another reason why we chose a record sleeve as packaging. When we first met Gary, he tried to explain the concept of the Helvetica film to us. “A rock documentary, but about a typeface”, that’s how he described it to us. So a record sleeve as packaging for this documentary made perfect sense to us.

But besides the fact that the spirals refer to records, we also liked the idea of Helvetica as a typeface spiralling out of control, revolving almost like a planet, or a dark sun, a universe in itself. Next, we hoped that the spiral-like disc would refer to rays, radiation and sci-fi radar technology, underlining the whole idea of Blu-ray. 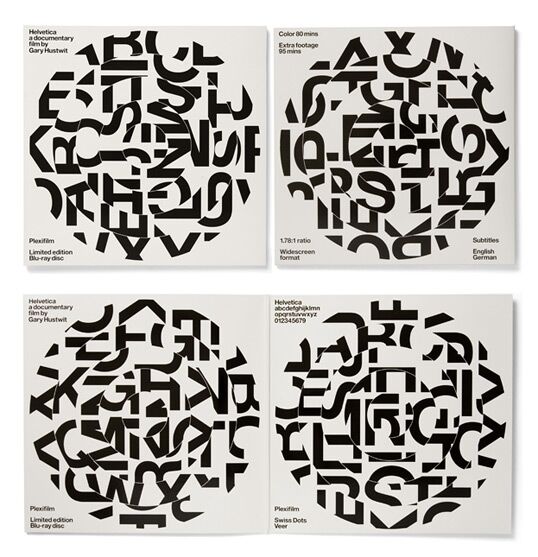 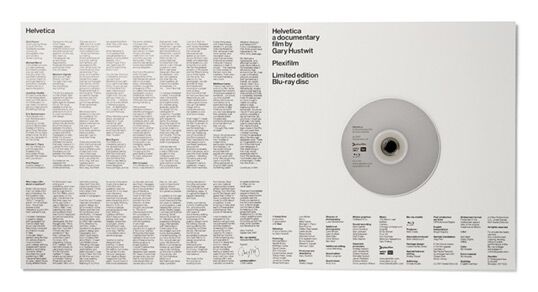 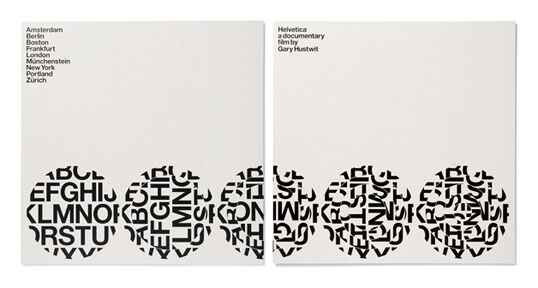 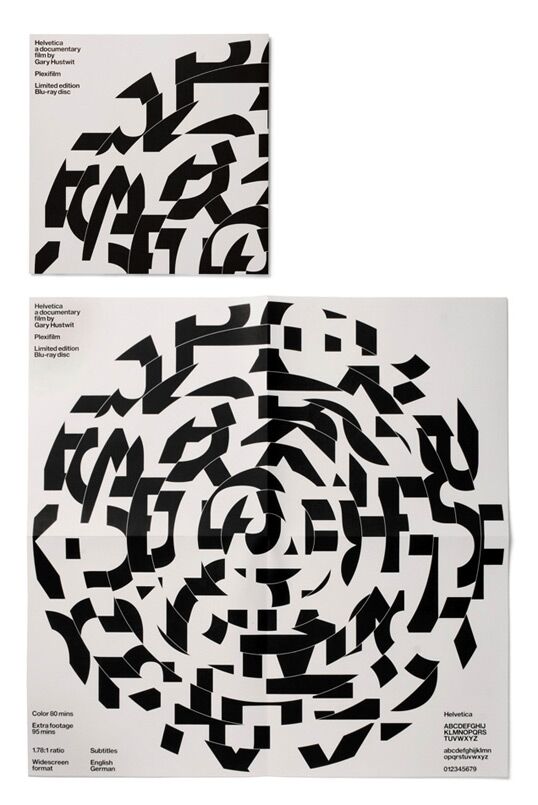 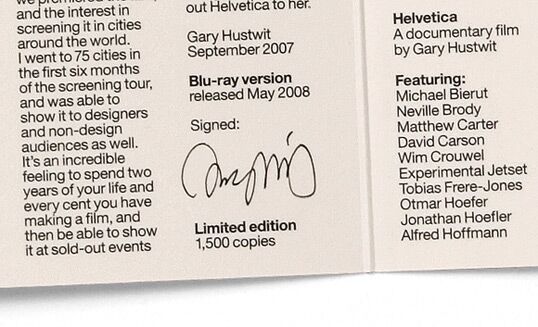 CD Packaging of the Week: Faker's 'Be The Twilight'

Band: Faker Album: Be The Twilight Designer: Debaser Year: 2007 This album art has an eerie feel to it that draws me in and makes me remember all my childhood fears about the woods. It takes me back to my Are You Afraid of the Dark addiction . What I find especially find lovely with […]

15 of the Most Creative Corporate Brochure Designs

Companies with creative brochure designs are a few thousand steps ahead of the competition. Corporate brochures are a great way to market your company because it instantly reflects your brand– your core values, your personality, what you’re about. If done well, your company brochure can impress even the snobbiest prospects but if done wrong, it […]