All vinyl records are valuable but some are more valuable than others.

You know one of the many good reasons why people are buying vinyl records again?

Well, it’s because vinyl can be worth a thousand bucks…even millions! No kidding. A pharma guy bought Wu Tang Clan’s only vinyl record for $ 2 million! Screw that, Spotify!

You could say it’s a marketing gimmick and you wouldn’t be entirely wrong. But there are so many other vinyl records nowadays that cost a fortune. Not millions of dollars, but still!

If you’re wondering why people still buy vinyl nowadays instead of just streaming, this right here is probably one of the main reasons, folks.

Vinyl simply has more class and all that jazz…and therefore has more value. Show this to the missus if she complains about your vinyl addiction one more time! I mean, surely you have more chance of getting big bucks here than betting on the lottery.

Enough talk. Allow us to introduce to you the most expensive vinyl records to date. Next time you go crate diggin’ or Ebay shoppin’, make sure to keep an eye on these custom vinyl records worth more than gold (and maybe your life): 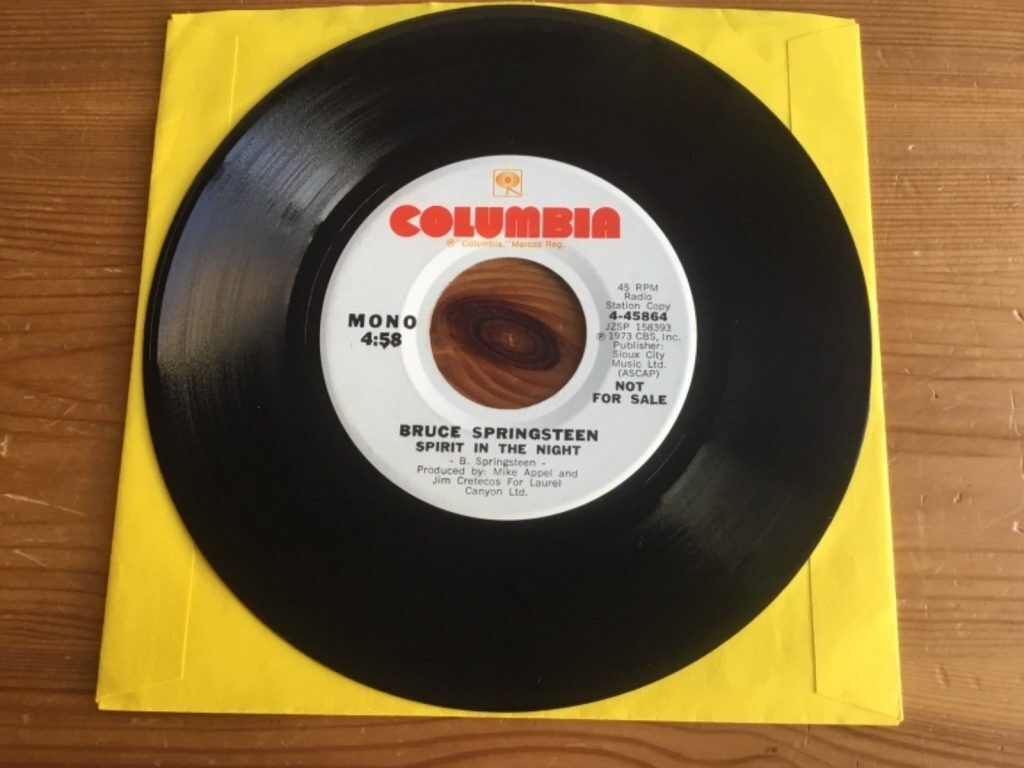 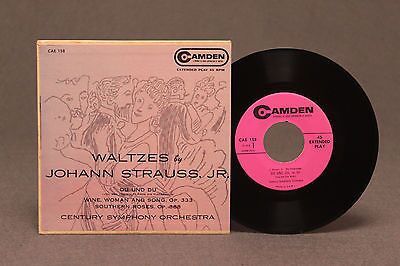 Classical music and classical vinyl is pretty much sought after but can you guess what makes this expensive? Take a hard look. Clue is #7 on this list but I’m sure you won’t check it. It’s cover was designed by a young Andy Warhol and there’s were only very few records pressed.

So next time you know a young artist who’s really good, buy all of his stuff. They can be worth 10 times their original price. And way to go for supporting artists! 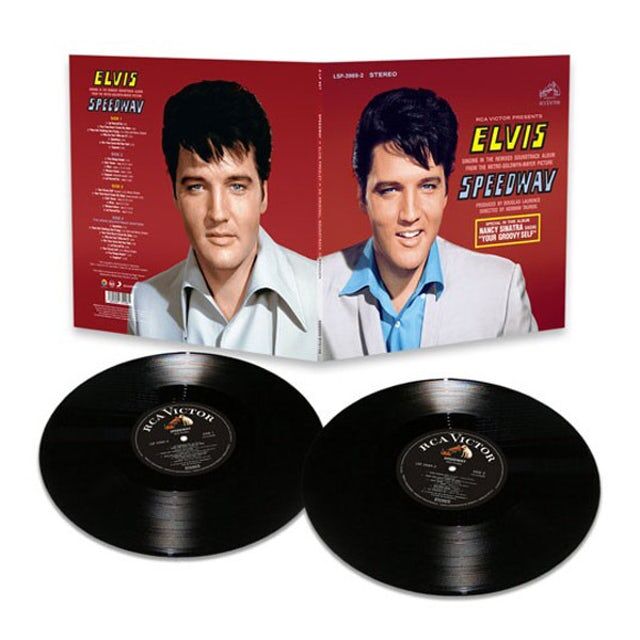 This was a vinyl record Elvis released for the movie Speedway. Although the film wasn’t well received, the vinyl is sought after. If you happen to know anyone who owns one and they didn’t remove the red sticker on the shrink wrap, tell them they could get a whopping $5000 for it. 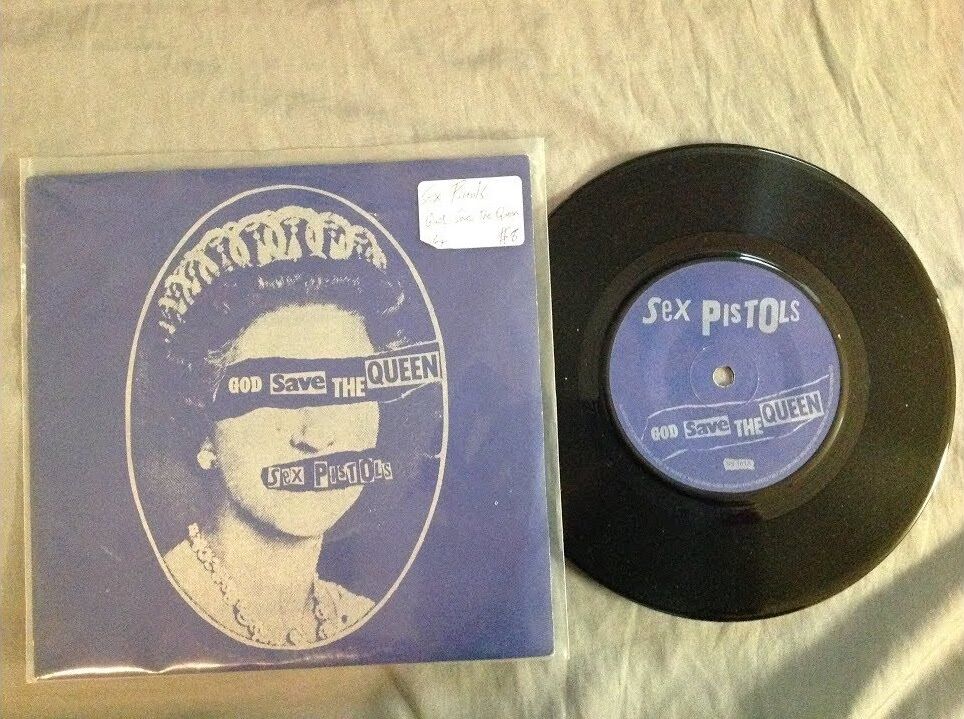 This is a controversial album that’s loaded with drama. There were 25,000 copies of this single but only 10 survived after A&M, the band’s label, ordered them all destroyed. This was after Sex Pistols terrorized them so badly.

Singer Johnny Rotten allegedly threatened executives and cursed them out, and Sid Vicious demolished the toilet at A&M headquarters. This makes this Sex Pistols record so pricey! 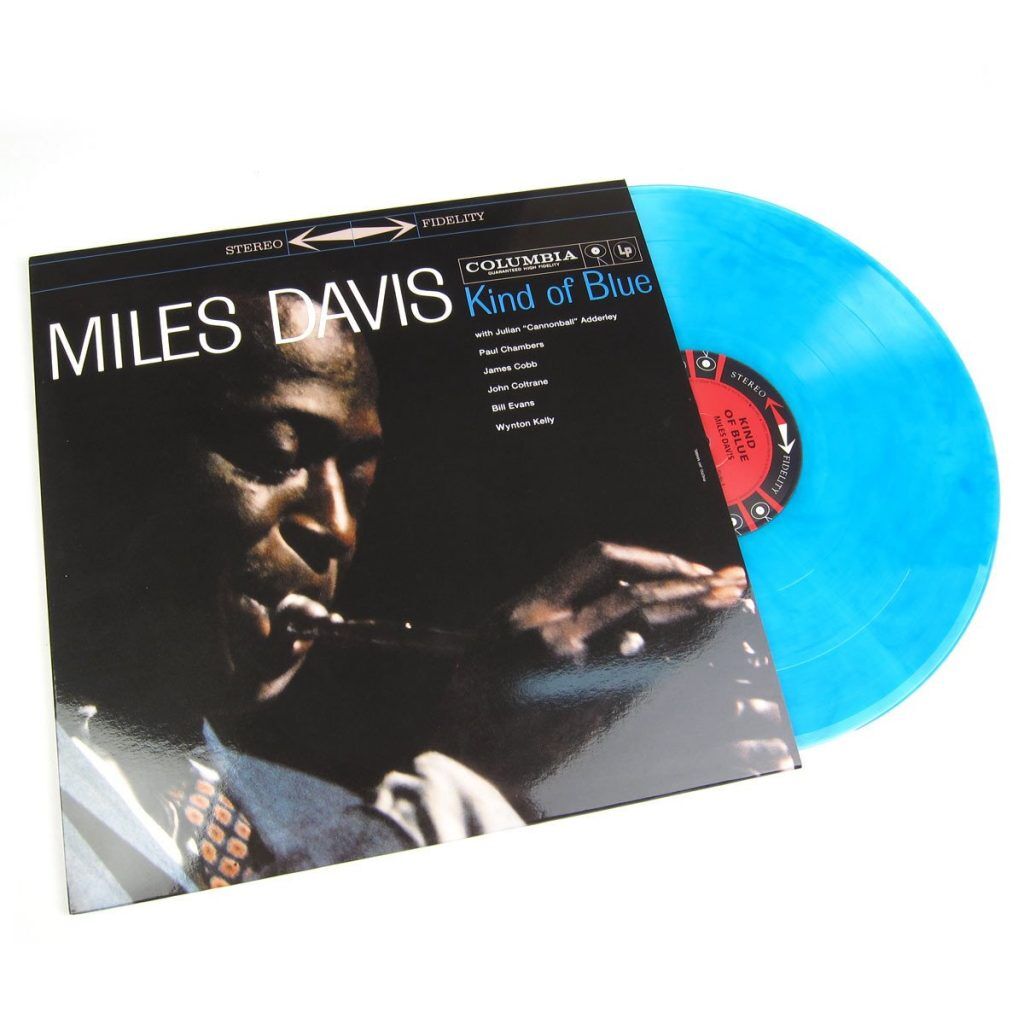 We all adore really lovely jazz vinyl records but this is our #1. Ask anyone who’s into jazz and they’ll all tell you that Some Kind of Blue is definitely a must-have for every jazz musician and jazz aficionado.

This isn’t the most expensive one on the list but it’s definitely one of those records you want to show off to your guests.  Many critics consider Some Kind of Blue to be Davis’ greatest record. 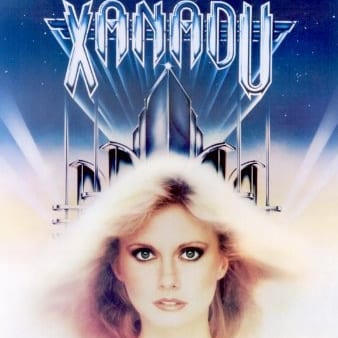 There was a rumor that Olivia Newton-John hated her face on the cover and wanted all the records destroyed, leaving only 20-30 records up to this day. If you get a hold of that record, you’d be $9k richer. 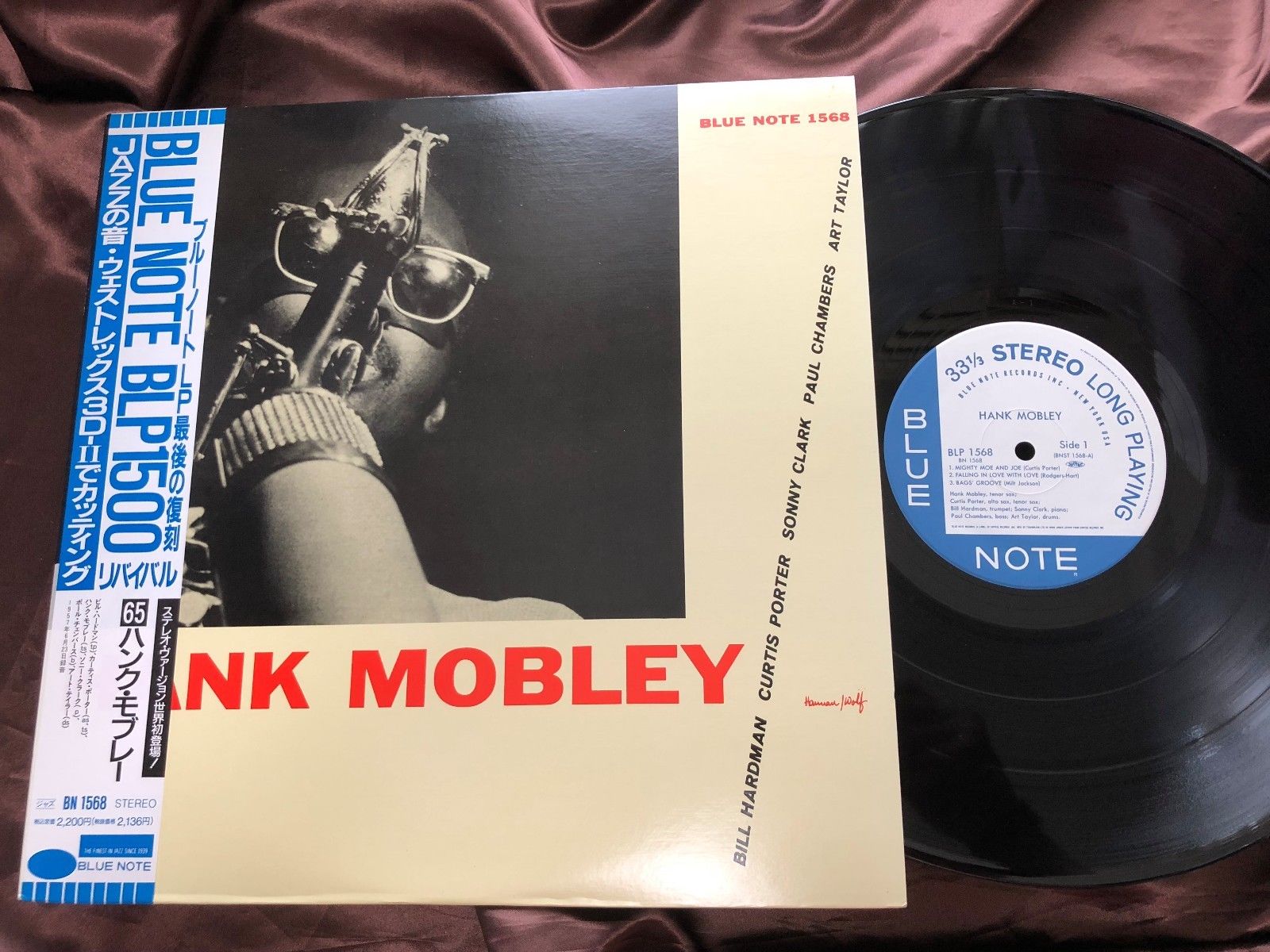 The story goes that famed jazz record label Blue Note ran out of labels when printing the record. Some records featured the standard label, that had the label’s address listed as “47 West 63rd NYC,” while others said “47 West 63rd New York 23.” Both versions are incredibly valuable — one with the standard label sold for about $11,162 on eBay in 2015. The other version should be worth even more. 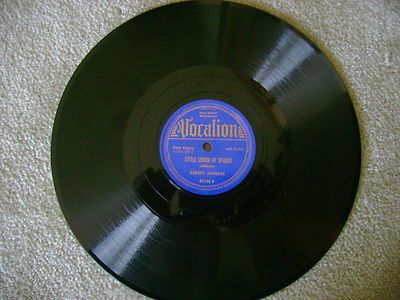 “Me and the Devil Blues” tells the story of the singer Robert Johnson who wakes up to Satan knocking at his door. According to blues legend, Johnson met with the devil at the crossroads between Highway 1 and 8 in Mississippi. There, Johnson traded his soul for the ability to master the guitar.

Whether you believe the tale or not, listening to “Me and the Devil Blues,” you can easily hear the profound influence Johnson had on the genre. 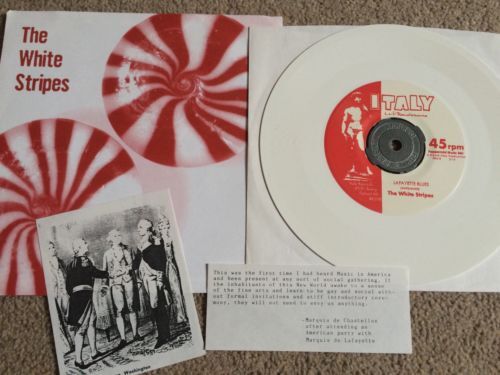 There were only 15 copies of this record pressed, and the cover of each was hand-painted by Dave Buick, founder of Italy records. The album, which features the song “Lafayette Blues” on side A, and “Sugar Never Tasted So Good” on side B.

The copies were made for a Detroit record release show for the band in 1998, as the fledgling band was on the incline, destined for stardom. If you attended this gig and had the foresight to purchase one of the records for $6, you may have $12,700 filed away in a milk-crate. Hopefully, you kept it safe. 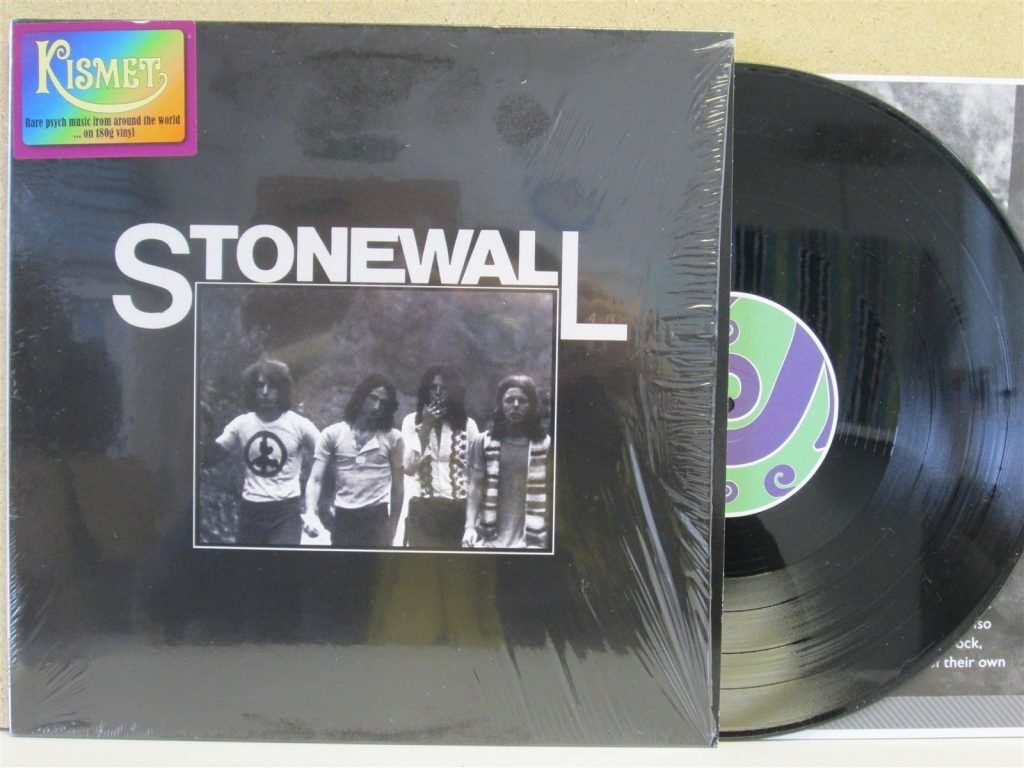 If you’ve never heard of this 1970s psychedelic hard rock act, don’t worry. They’re an extremely obscure band who were never signed to a record label. Stonewall’s only release was pressed without the band’s knowledge.

The record label that handled the release, Tiger Lily, was a tax scam operated by the mob.The scam worked like this — a large portion of records would be pressed and later written off as unsold. This helped to keep the parent label “Roulette” afloat.

A few of these custom vinyl records made it into the right hands and achieved cult status. At the top of the list is Stonewall’s eponymous LP, which the right buyer will spend $14,000 on. It’s Psychedelic Baby Magazine tracked down the obscure band’s drummer, Anthony Assalti for an interview in 2017. 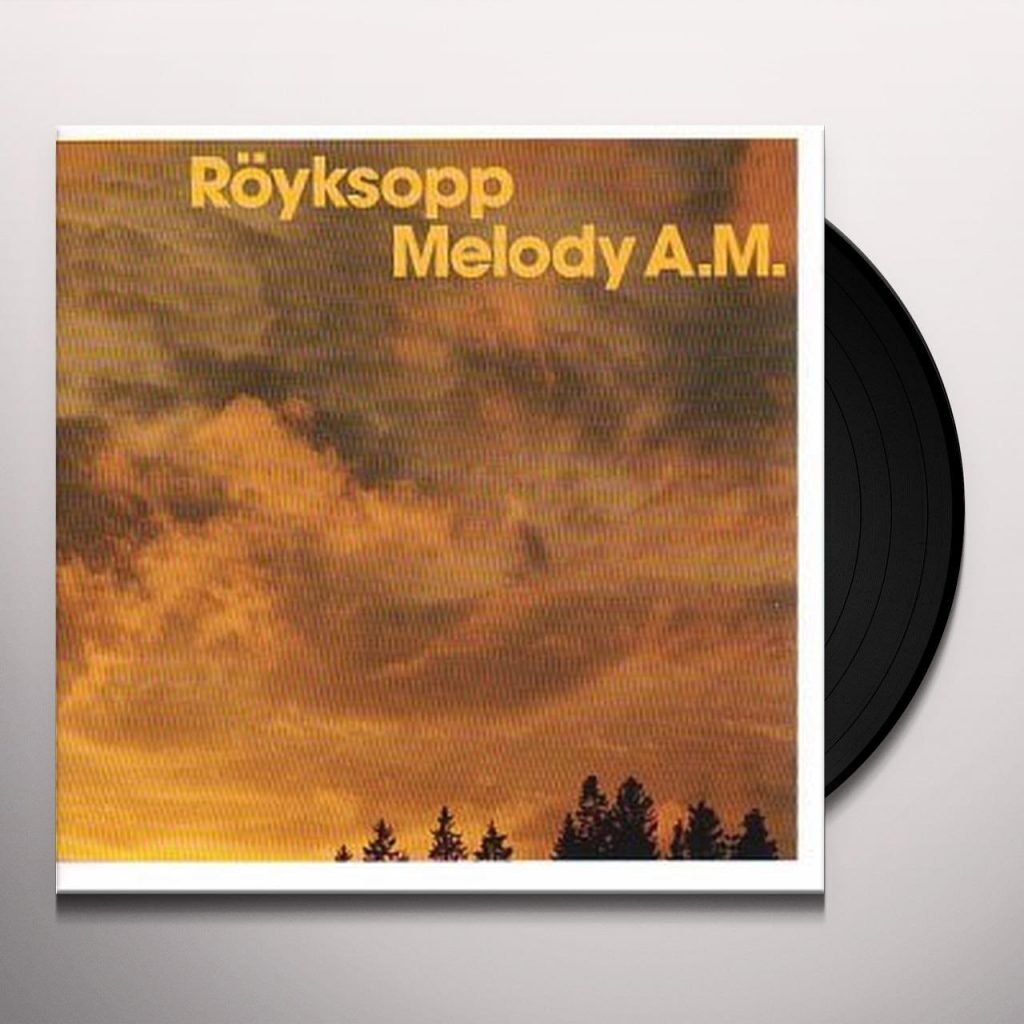 The Norwegian electronic duo’s debut record was hit but what makes this record expensive is its artwork. It features a stencil rendition of the elusive street-artist Banksy.  With only 100 records sold, you can understand why it’s worth $14k! 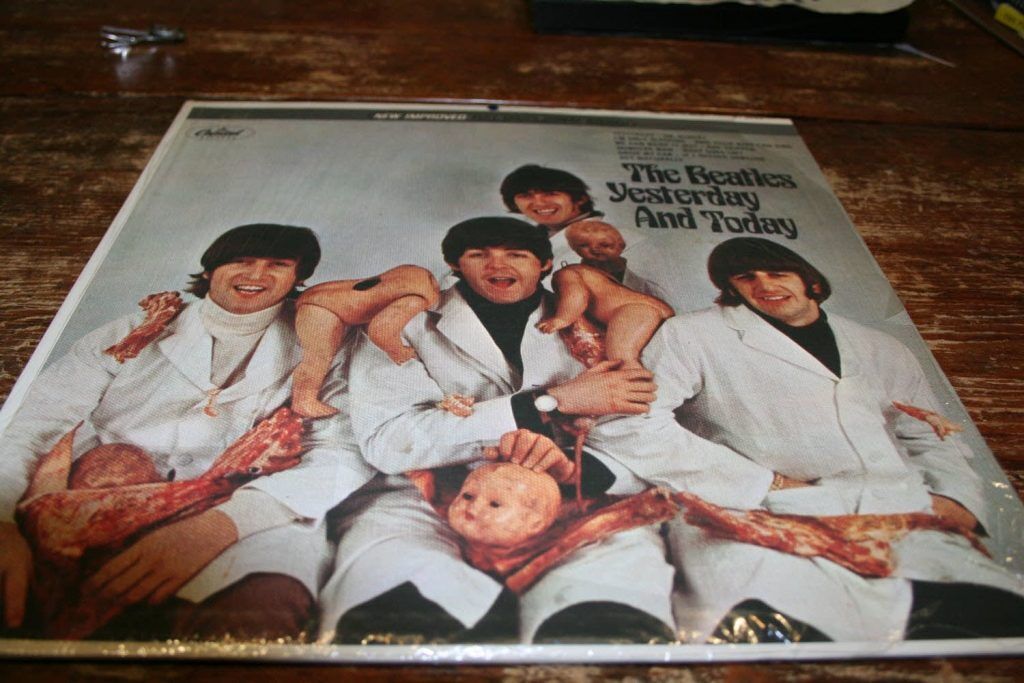 It’s so gory this should have been included in our top horror vinyl record soundtracks list. John, Paul, George, and Ringo dressed in butcher’s attire with headless baby dolls and blood? Needless to say, this album cover wasn’t well-received.

Capitol Records spent $250,000 buying back the 750,000 records that had been printed and shipped to stores so if you have one in your hands, you can cash it in for 15 grand or more! 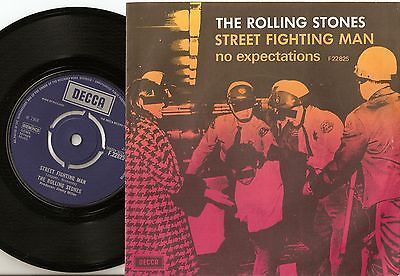 Here’s another proof that album artwork mishaps can cost a lot. Just before the album’s release, there was the infamous 1968 riot at the Democratic National Convention.

The record label decided to be cautious in the wake of the controversy and political turmoil and ordered the records destroyed except for 18 records. If you’re holding one, you’re $17k richer if you sell it. 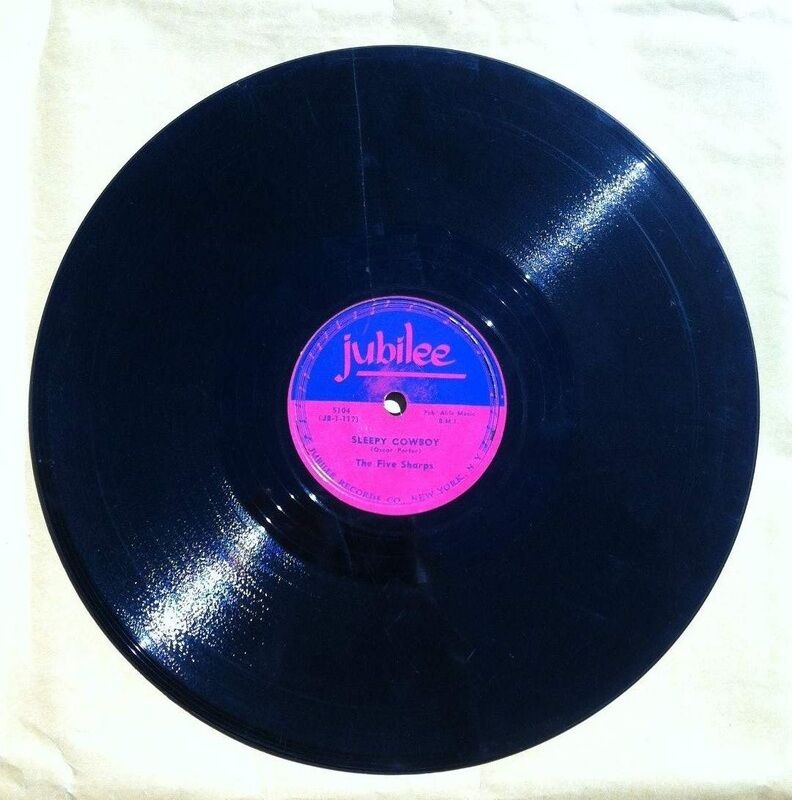 The NY foursome was only together long enough to lay down this one rarity and apparently, they were paid for the session in fizzy drinks and hot dogs. Sales were so woeful, the group even had to buy their own copies even though they’d never been paid for the recording in the first place. Only three 78rpm and no 45rpm copies are known to exist. 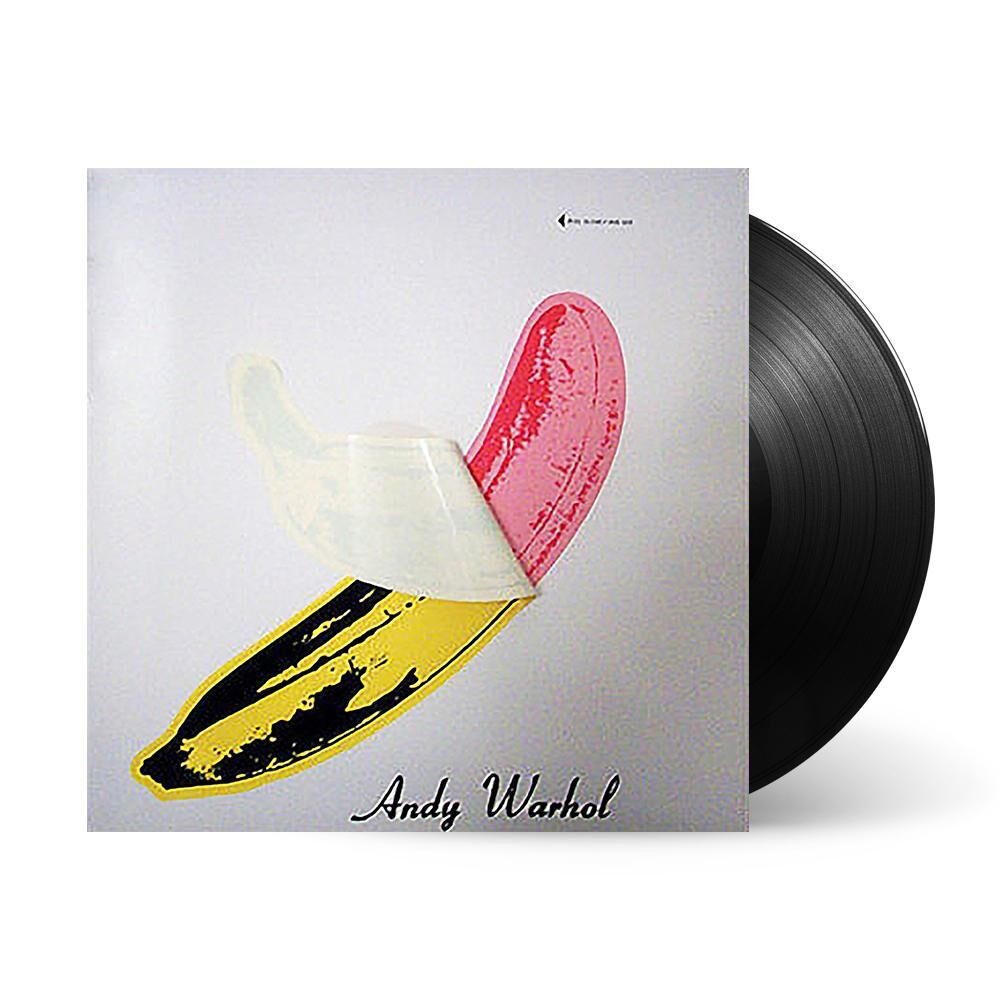 Imagine buying a $0.75 record at a flea market and selling it for $25,200 on Ebay? This isn’t no ordinary Velvet Underground vinyl, it’s one of the two test pressings that featured early versions of many of the songs. Lucky chap! 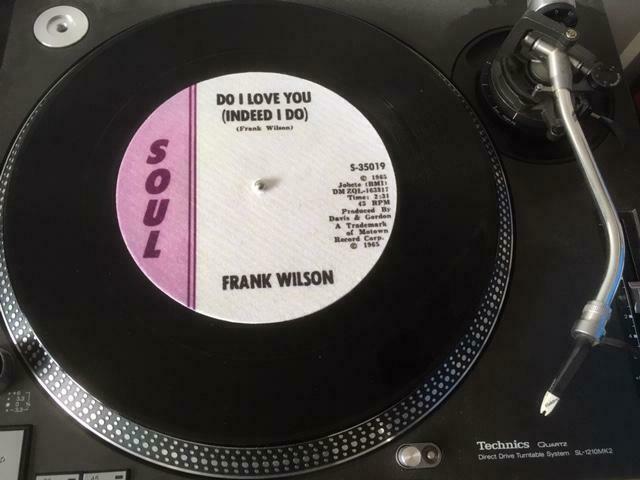 After recording two songs, Motown producer/songwriter Frank Wilson decided not to release them. Motown founder ordered the pressings destroyed but two copies survived. One of the two surviving original records was sold in a 2009 auction for close to $34,000. 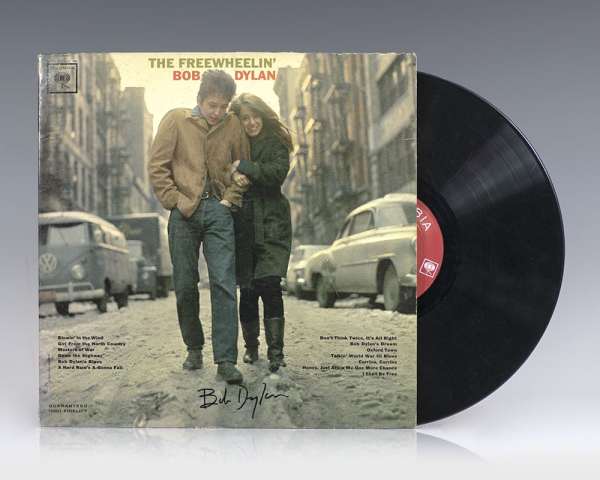 A vinyl pressing error is to blame why there are 22 Bob Dylan records that cost a whopping $35,000. There are said to be less than 20 mono copies of the record and only two stereo copies.

A few tracks were meant to be replaced before the release, but someone at the pressing plant missed the memo, and a few copies featuring the wrong songs were pressed. Check your copy if the serial number ends in -1A, and includes these four songs (you’ll have to listen to confirm, the tracks will be mislabeled): “Rocks and Gravel, “Let Me Die In My Footsteps,” “Gamblin’ Willie’s Dead Man’s Hand,” and “Talkin’ John Birch Blues.” 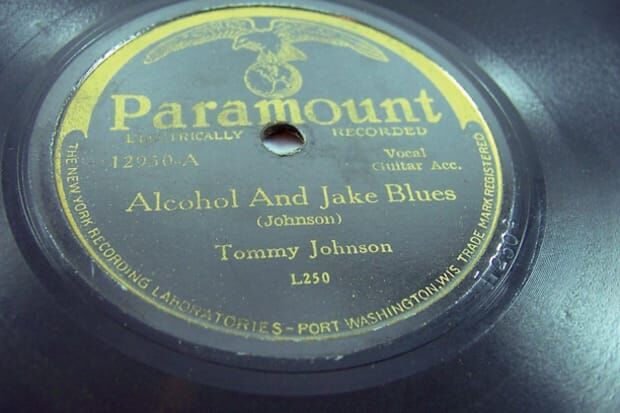 Legendary Delta blues singer and guitarist Tommy Johnson was rumored to have sold his soul to the devil to acquire his virtuosic guitar skills. This rare 78 RPM record only has two copies. They’re both owned by a guy named John Tefteller who bought the second copy on eBay for $37,100. 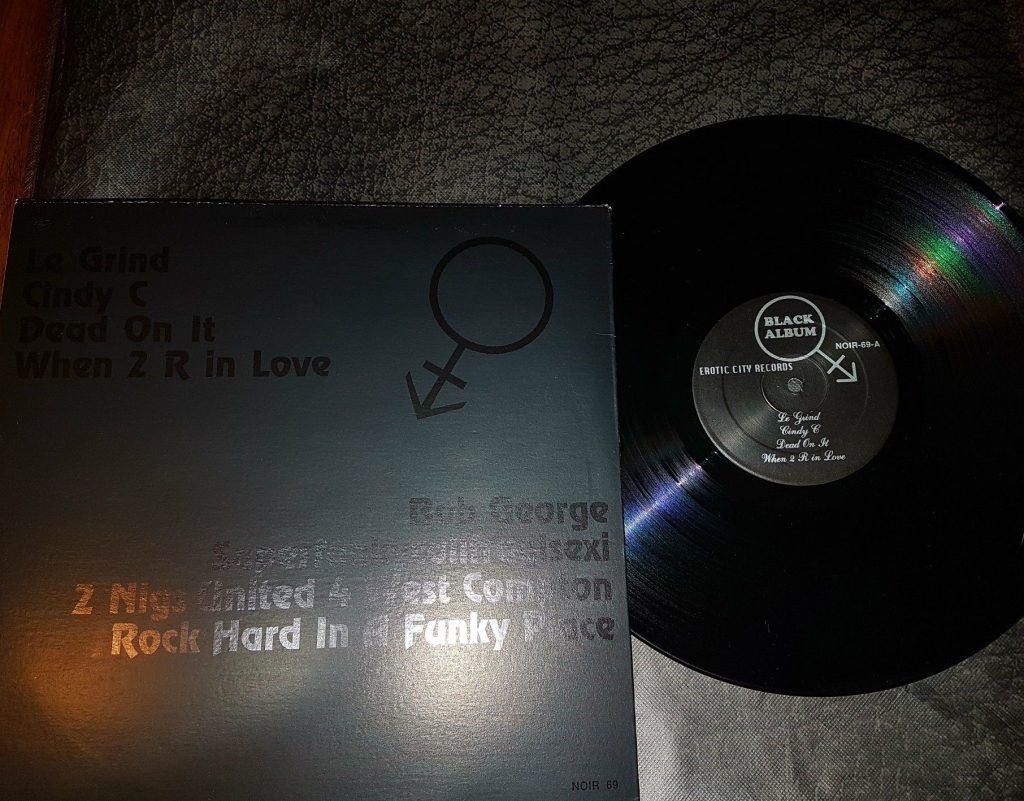 After recording The Black Album aka “The Funk Bible,” and pressing 500,000 copies, Prince decided to stop the release because he believed his record is evil.

But it’s too late because promotional copies had already made it to circulation. The record was widely bootlegged and got considerable radio play. An original, unopened American vinyl pressing sold in 2018 for $42,300, while an unsealed Canadian version sold for $27,500. 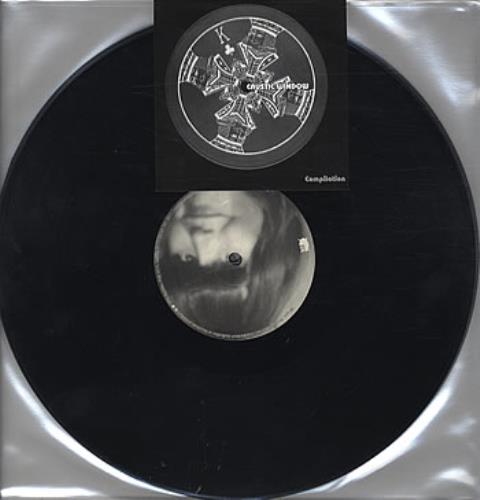 The eccentric techno/drum and bass producer Richard D. James, aka Aphex Twin, recorded this album under the alias “Caustic Window,” but decided to abandon the project after pressing only five copies. One copy surfaced in 2014 and was sold on Discogs for $13,500.

It was sold to Rephlex Records, James, and Doctors Without Borders and they released a digital copy which raised $47,000. The vinyl copy was sold on eBay to “Minecraft” creator Markus Persson for $46,300. 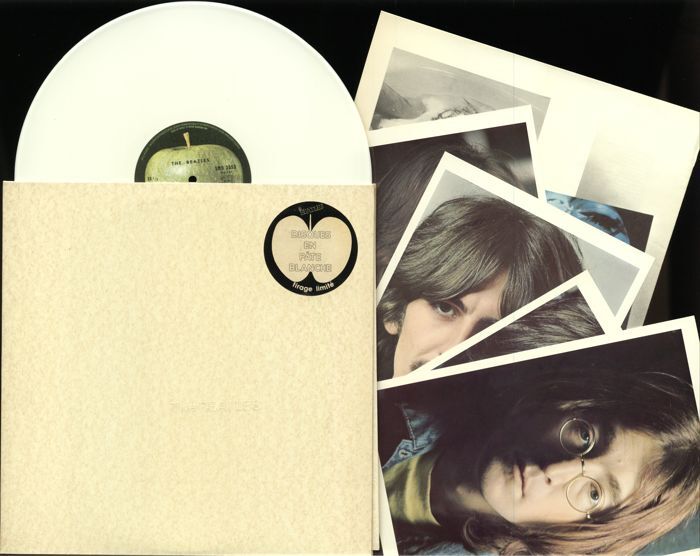 We know every Beatles vinyl is valuable but what makes this truly expensive is that it’s the very first pressing of the White album. It’s owned by Ringo Starr and was kept in a bank vault for three and a half decades. It was sold during a charity auction for a whopping $790,000. Ringo Starr put the money toward his own charity, Lotus Foundation.

Alright, so you can’t dig this because it’s already sold but the copies with low serial numbers cost big bucks, too! A White album with a serial number A0000023 sold for $13,750!

Do you know anyone who has a rare vinyl record? Which of these records are you willing to buy if you win the lotto?

11 Hypnotic Vinyl Records That Deserves a Place in the MOMA

If it isn’t enough for you that your record is spinning funky music, well you gotta have these hypnotic vinyl records to have the full psychedelic experience. You’ll get a little dizzy staring at these beautiful records in equally beautiful vinyl packaging but that’s exactly the point, amirite? Besides, why should you buy modern art […]