Vinyl is so back and lots of musicians are now releasing their albums in vinyl. But many musicians still think that it is not a wise thing to do because it’s impractical and they believe it won’t sell. In fact, if they only knew that what they heard about vinyl records could be just a myth and that vinyl is really a good idea, they might press their vinyl records right away.

Here are some of the most common vinyl record myths every musician should read before they say NO to vinyl pressing records and printing in LA or any other vinyl manufacturer:

Only old music sells on vinyl

False.
In 2009, Radiohead was the #1 selling artist on vinyl records. 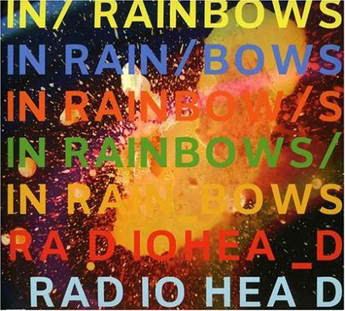 Not even close.
Vinyl is the only physical music medium that is increasing in sales. In
2009, more than 2.5 million vinyl records were sold in the United States.
Best Buy, the third largest music retailer, now has 50 stores that carry
vinyl albums. Check out these articles on the rebirth of vinyl:

Vinyl Gets Its Groove Back
– Time Magazine
In 2009

False.
There’s no doubt that pressing machinery is in high demand with the
incredible resurgence of vinyl records. However, very little new manufacturing equipment is being made today. For example, the last cutting lathes were manufactured in the 1980s, and can only be found through independent service consultants and cutting room service departments.

False.
It’s never a good idea to cut a 7″ at 33 rotations per minute, it generally
sounds bad. 7″ records are smaller, so naturally the grooves are more
compressed. As the grooves get closer to the center of a record the groove
width is reduced. Therefore, at the slower speed of 33rpm, distortion can be highly noticeable and cause an unattractive sound. With the circumference of 12″ records, there is more surface area to experiment with. It is more manageable to engrave the outside of the disc where there is better frequency response and minimal tracing distortion. If you have your heart set on putting out a 7″ record, remember that it is highly recommended to record at the speed of 45rpm.

False.
Back in the 1950s, 7″ records were made with large spindle holes for one
main reason: it allows easier handling by jukeboxes. You can still find
them, and Record Pressing can still make them with both large and small
spindle holes.

Gold records are made of gold

False.
If this were true, I would have tried getting my hands on one a long time ago. When an artist goes “gold” or “platinum” it refers to the number of albums that were sold. Initially, trimmed and plated metal masters, mothers, or stampers were used to make the awards. Most gold and platinum records are actual vinyl records dipped in metallic paint. Sorry metal detector aficionados.

Even if the music industry—or most industries for that matter—is saturated by male talents, women are striving to show that they are worth their spot on it. And they have proven just that! Here are 10 top selling albums made by women on the most popular physical format in these times, vinyl records. Table of […]