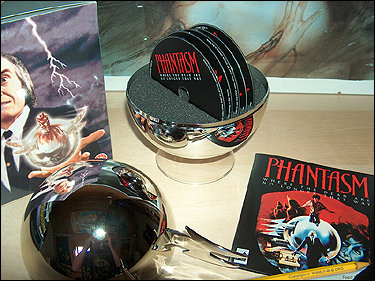 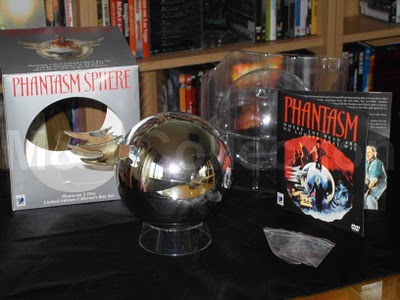 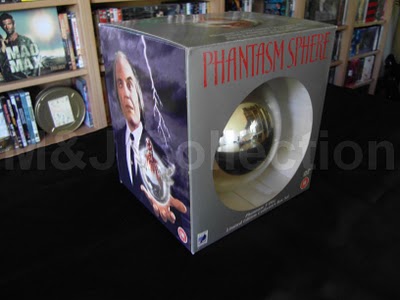 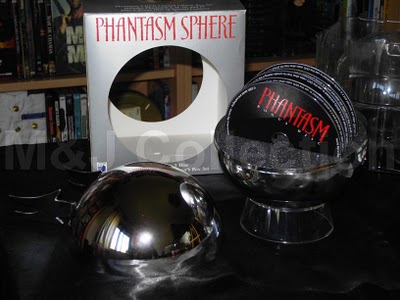 This Phantasm DVD set is definitely something for the hardcore fans.

Phantasm (also released as Never Dead in Australia) is a low-budget “cult classic” horror film produced in 1977 and released in 1979. The film was directed, written, photographed, co-produced and edited by Don Coscarelli. It introduced The Tall Man (who was portrayed in the film and its sequels by Angus Scrimm), a supernatural and malevolent undertaker who turns the dead into dwarf zombies to do his bidding and take over the world. This film was released as a DVD by MGM in 1999 and then re-released on DVD by Anchor Bay Entertainment on April 10, 2007.

After the death of their parents, 24 year old musician Jody Pearson is raising his 13 year old brother Mike in a small town disturbed by the mysterious deaths of its citizens. Reggie, a family man and ice cream vendor, joins the brothers in their suspicions that the local mortician, dubbed “The Tall Man“, is responsible for the deaths. Mike relays his fears to a fortuneteller and her granddaughter about the possibility of Jody departing and leaving him in the care of his aunt, along with his suspicions about The Tall Man. Mike is shown a small black box and told to put his hand into it. After the box grips his hand, Mike is told not to be afraid and as the panic subsides, the box relaxes its grip. The notion of fear itself as the killer is established and is what propels Mike towards his final confrontation in the film with The Tall Man.

We here at Unified are obsessed with beautiful DVD packaging. We’ve been making creative releases since 2008 and lovely packaging has become an obsession of ours. We even have a Pinterest page dedicated to all things media packaging. If you want to make a DVD with cool DVD packaging, get a quote or shoot us an email.

As they say, music alone will not sell. CD Packaging design is one of the reasons why the hard format is still alive. When everyone is going digital, it is wise to offer fans something that cannot be downloaded.  Do not just give them forgettable album artwork – give them something that’s so awesome that […]