If you’re pursuing the creative life, then it’s good to study the routines of creative people so it can help you create a map for success.

As Zadie Smith said, there’s no “artist’s lifestyle.” Forget the cliches. Forget partying hard and living dangerously to get inspiration, forget drugs, forget staying up very late because you think that’s the peak of creativity.

That’s for amateurs. Self-destruction and unhealthy habits do not make an artist. In fact, it prevents you from achieving your full potential.

Your routine might be working for you but at least consider these three habits that are usually included in the routines of creative people. Here they are:

Waking up bright and early 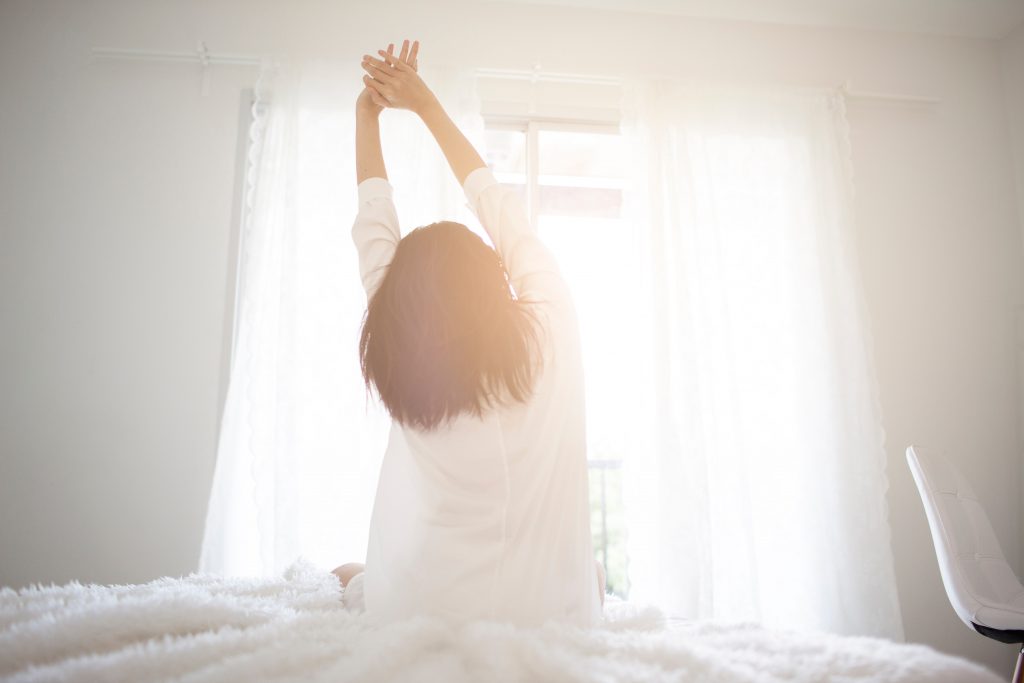 All of us have 24 hours in a day but how come some artists are on the fast lane and we haven’t even reached a block? It’s not just speed or frequency, it’s also the quality! How come some geniuses excel when we pretty much have same number of hours? It’s a misconception that artists get their creative juices flowing when it’s late at night.

The truth is, majority of the most successful people (artists included) wake up before sunrise. When the brain gets a good amount of sleep, that’s when it’s most productive.

Anthony Bourdain, the rockstar that he was, wakes up at six in the morning every single day even if he stayed up til 3am drinking.

Take a look at this graph as proof that most of the great minds wake up around 6am every single day: 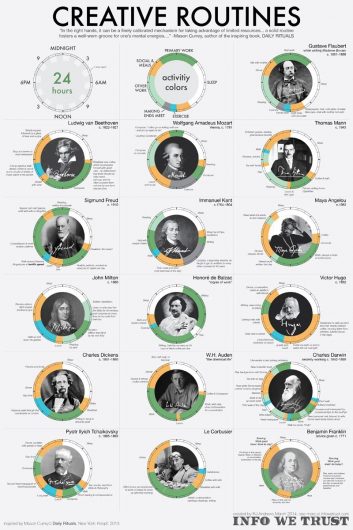 In the book “Daily Rituals”, of the 161 figures, about a third got up at 7 a.m. or earlier. Lesson? Get up early, stretch, have your coffee….then go straight to work. It’s when your brain is most active and when there’s very little demand from you from the outside world.

The Irish novelist and playwright Edna O’Brien works in the morning, she has said, “because one is nearer to the unconscious, the source of inspiration.”

Taking lots and lots of walks 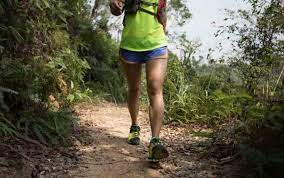 According to Arsty.com, literary history is veined with writers who extol exercise: Ernest Hemingway boxed, Kathy Acker was into bodybuilding, the Japanese novelist Haruki Murakami devoted a book to running, while Philip Roth maintained his prowess well into his seventies by swimming daily.

A 2014 study by scientists at Stanford University showed that walking significantly improves certain types of cognitive efforts involved in creativity, specifically convergent thinking, such as the ability to come up with solutions to a problem, and divergent thinking, which involves conceiving open-ended, original ideas.

Other studies have found that exercise tends to improve convergent thinking in those who exercise three or more times per week.

Take breaks in between 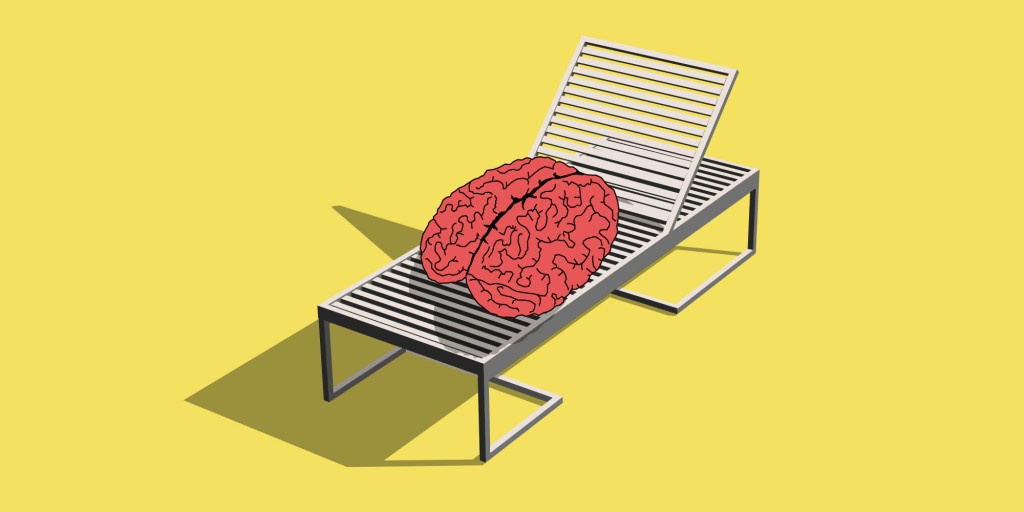 “Barnett Newman complained that his wife Annalee didn’t understand that he was working when he was sitting in a chair looking out the window and smoking,” says Walter Robinson.

Studies have shown that creativity tends to occur when we’re not trying, which makes it important to let one’s mind occasionally drift from work. “In the summer, I go into the backyard and fiddle with the plants to remind myself about the cycles of the larger world,” says Rosler.

Like Newman and Robinson, Condo says he often finds himself just “sitting and staring.” When that gets old, he might “pick up a guitar or viola da gamba while the paint dries.”

These three habits are quite easy to execute daily and easy to maintain as well. Sure it’s not easy especially if you’re used to waking up late and you hate exercise (no wonder not many artists are as productive) but that’s exactly the reason why it’s worth a try.

The first few days are the hardest but if you start now, by the end of 2018, you’d have a creative routine that will not only help you become more productive, but healthy too.

Last month, roughly 70% of Americans experienced moderate-to-severe mental distress—triple the rate seen in 2018, according to a new study from researchers at San Diego State University and Florida State University. Twenge, the coauthor of the study, says the severity of the mental health discrepancies her study revealed probably shouldn’t have come as a shock. “In […]