You have to  be competitive when it comes to selling your film because without good publicity, no one would bother to touch your film. Film publicity should not be limited to print,radio, and tv interviews. Come up with catchy gimmicks and stunts that can grab people’s attention. Here are some ways:

Let it Snow in May! 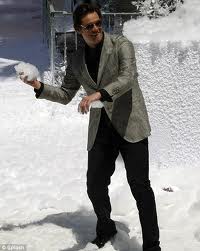 Anyone would be surprised to see snow in one of the hottest times of the year.  During the Cannes 2009, one section was covered with fake snow as a publicity stunt for “Christmas Carol”. Jim Carey was happily making snowballs and showing his mischievous grin. The idea here is that you can use the setting of your film to create irony or scandal as a form of publicity. Does your film have a striking location,setting, or period that can make people go “woah”, “huh?”, or “wow”?  Then recreate the set in a location that will make people curious.

Create a Fake Blog of the Characters

Apatow Productions devised the I Hate Sarah Marshall campaign, which featured no actors in the billboard promotions and directed viewers to the a fake blog set up by Jason Segel’s character in the film. [Heeb Magazine]

Not a bad idea especially now that people are staring at the computer all day. If your film is a love story, you can even make 2 blogs of the lead characters and they’d both be ranting about each other. Just make sure that the dates and the details match. Movies with names on the title like “I Hate Sarah Marshall” or “Romeo & Juliet” are best suited for this kind of campaign. 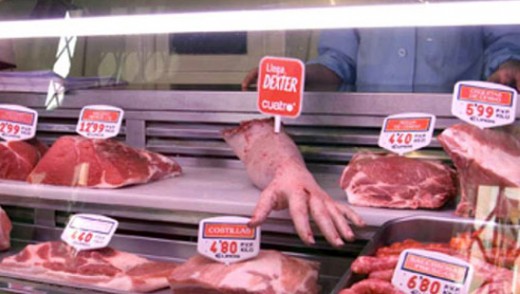 Remember my post about Dexter and their killer publicity gimmicks? Well that was a success because blood in public places is scandalous. We rarely see red in the streets or in clean buildings and public fountains. Another example, although it’s not for film, is the Resident Evil 5 publicity. The video game giant Capcom encouraged fans to hustle through Central London in search of fake but very realistic looking dead body parts. The game sold 400,000 copies in its first week. If your film has blood and gore, then you’re lucky. Blood and violence are surefire ways to catch attention. But be extra careful though. Make sure you have the permits or else the police will get you.

Bad publicity is probably the best kind of publicity if you strike the right chords. Sasha Baron Cohen made a splash when, in character as the flamboyantly gay Austrian fashion journalist Bruno, he descended via zip line from the ceiling at the MTV Movie Awards, and ended up greeting rapper Eminem with a derrière to the face. Another, more controversial (thus more effective!) example is when Kanye West interrupts Taylor Swift at the VMAs. We really can’t tell if they rehearsed it but one thing is for sure-their careers both shot up after the scandal (although Kanye’s pay-off came much later).

For movie publicity, some actors make scripted fights and stories of bad behavior during the shooting of the movie just so the press would talk about it. Kind of tacky but still gets them publicity.

Moldover’s CD Jewel case but it acts like an iPod

It’s a CD Jewel case but it acts like an Ipod therefore I am calling it CD-pod. Imagine the confusion you will give to your seatmate on the subway as you rock out with your… CD case. This invention is CRAZZZZY! Just thinking about the people’s puzzled faces makes me want to buy it right […]

This collaboration album between Beck and 8-bit, a robot gangster rap group (you read that right)  has quite the story behind it. Originally Beck and his  record label, Interscope Records, planned on around 30 independent artists remix Beck’s music. Somehow 8-bit, out of Highland Park, CA, ended up producing the track “Ghettochip Malfunction” almost entirely […]