You give your 150% to the band- you book the shows, you handle the social media and blogs, you plan the tour and the merch and the next band practice. It doesn’t bother you so much that you are doing most of the work because you really love the band. But when one band member starts to back out on gigs one too many times, that’s when you go “woah” and start counting your efforts. It’s just not fair, is it? Of course it never will be but you don’t expect them to have this kind of disregard to the band. Sure he has a day job, a girlfriend, a life outside the band… but you’re expecting that your band would at least be on the top three of his priority list. And it should be the number one on his list when he AGREED to play on certain dates. It’s certainly a no-no to say no one or two days before the gig. Not only is this bad for your morale, it is also bad for your record- or the bar owner’s record (aka blacklist) to be precise.

So you get into an argument with him. You tell him you just can’t back-out right now. But he gives a huge reason- something that would make you feel bad if you push him further. You know you just can’t win. You get tired, you part ways, you go home and sulk.

These words ring in your ear. He’s not only your drummer, he’s your best bud and you’ve been working hard to be where you are right now as a band and now “Sorry man, I just can’t.” Plain and simple. And the way he said it, it just escaped his mouth like it’s something he wasn’t scared of saying.

Are you angry? Not really. Frustrated is the more fitting word. SO DAMN FRUSTRATED!!!

But…but, you have to carry on. Before you do that, time to assess what you can do to save the band in this kind of situation.

Now that you’re done dealing with the predicament that the flaker caused, it’s time to ask yourself some questions:

Okay, enough with thy self. It’s time to deal with the flakers.

Renew your vows and make new vows because that’s what you should do. Don’t let your temper get ahead of you. Give them a chance but make sure they follow the new rules. If after a year, they’re still flaking like before, maybe it’s time to ditch them and look for musicians who are as driven as you. But remember… 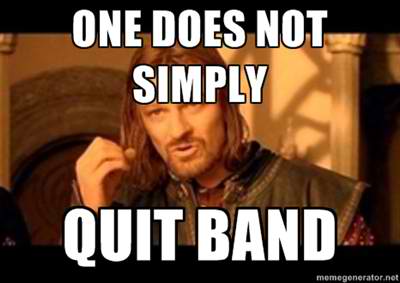 Abaca Entertainment Group– Represents a catalogue of fine quality recordings from a roster of artists/bands & songwriters from Canada, USA, Australia & U.K., along with various smaller record labels – featuring ALL styles of music. APM Music – APM is made up of over 30 libraries. Over 295,000 tracks fill up their vast library. Member of the […]

All About the DVD Logo- What is it? Do we really need it?

What is it? The DVD Logo is a is a Trademark owned by DVD FLLC, a Japanese company with shareholders like Philips, Sony, Time Warner, and many others.  The logo symbolizes the legitimacy and better compliance of the DVD product. It simply shows that the product was manufactured by a Licensee (legitimacy) and that the […]