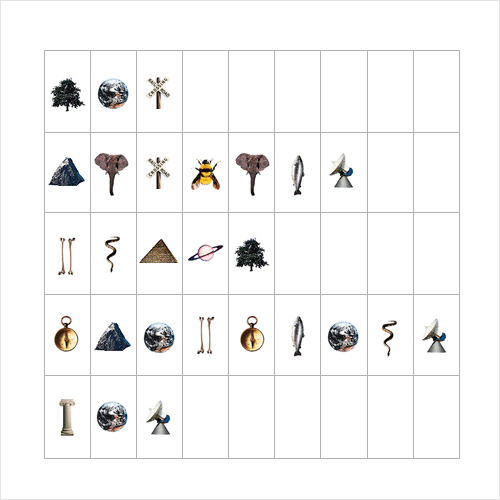 The icons above are actually codes and they represent letters. When translated, the codes above read “Pat Metheny Group. Imaginary Day”.  Every piece of text, except for the album credits, was replaced by and image code, even the track listing on the back. The images represent the mood & songs of the album. The cover did use a blue “belly band” to make sure fans actually knew to pick up the album. The actual CD was used as the image cipher, with the CD’s design cut into segments and transparent part of the CD showing the alphabet. You rotate the CD in the case to reveal the different codes. 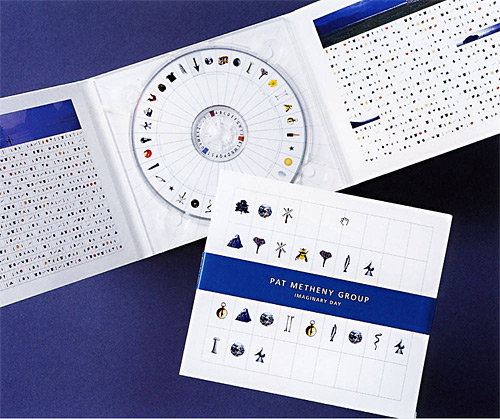 The perfect album to buy when you have lots of time to kill.

Will a creative CD packaging lure customers to buy my CD? Hmmm… I will answer that question with another question. Will a beautiful dress make a woman more appealing? The answer is yes, right? But she has to offer something more before you ask her on a real date.  A creative CD packaging draws […]

7 Things To Consider Before Pressing Your First CD

FIRST OF ALL, DO YOU HAVE EXCEPTIONALLY GOOD MUSIC? Or are you just rushing to finally release an album? Really good music is the number one requirement before recording. I know it isn’t usually the case because we see a lot of well-marketed artists with zero talent. But for indie musicians, this is a must. […]