You might be wondering if releasing a physical version of your album would be a successful one. You’re not the only one though. Many people from the music industry do, especially during this age of digital streaming.

This fact right here is what scares almost all indie musicians to press physical albums.

In addition to the decreasing percentage of physical sales, physical albums are also too expensive for some people. It needs money for the production cost, shipping fee, and more.

With these reasons and some more that are keeping you from releasing your physical album, let me counter those with our list of 12 reasons why you should still release them.

Even at this age of digital streaming, physical albums still do sell. Though we cannot disregard the declining CD sales, we can still infer from this information that the format is still being bought.

In fact, the Australian hard-rock band AC/DC debuted no. 1 in the Billboard charts with their 2020 album “Power Up”. This spot they reached was fueled by CD sales with 71,000 copies of CDs sold from the 110,000 total albums sold for the album’s opening week. 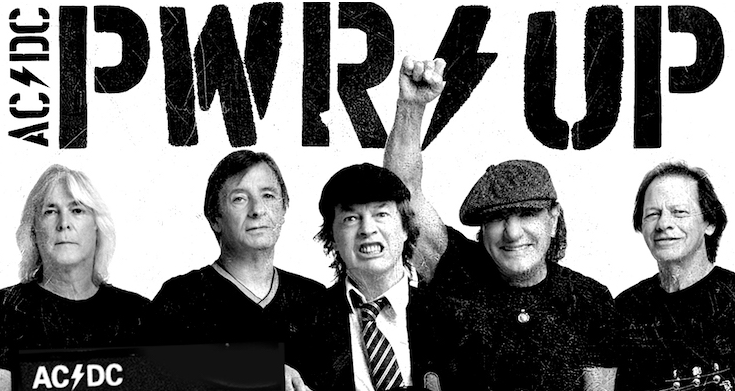 If you’re considering releasing your album or single in this format, I suggest you look at your audience first. Audience is everything and that may have been what helped AC/DC’s album release.

You see, the band has been around for almost 50 years now gaining fans from different ages. And I am presuming that they’re mostly those people who’re not so well-versed with the internet, like those in their late adulthood. 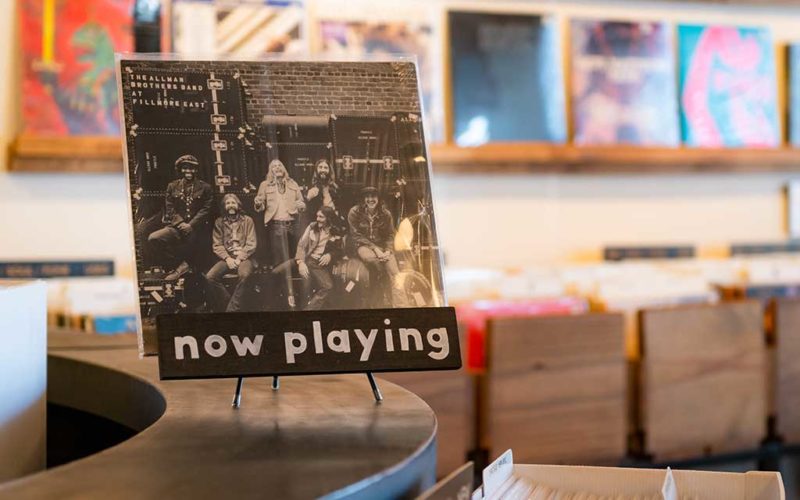 You may have read and heard of how the vinyl record format has surpassed CD sales for the first time in 35 years last year.

Compared to the 2019 vinyl sales, last year’s sales increased by 28.7% with $143 million more than the 2020 CD sales. And though it only contributed 5% of the total US music sales, we cannot deny that it really is coming back.

We can infer from Recording Industry Association of America’s (RIAA) 2020 music statistics that there is a spike in the interest of many listeners for custom vinyl records. Due to this comeback, artists, both independent and signed to major record labels, have been releasing their albums on vinyl records.

Additionally, about 12 million vinyl record copies have been sold for the year 2020 worldwide, this means that vinyl record sales are not only increasing in the US but also all over the world.

According to Upcoming Vinyl, a website that has a calendar for vinyl releases, there are 1,843 upcoming vinyl releases for this year. This is just a tentative number, of course, since there are still many more weeks before the year ends. But as you can see, there are already tons of musicians doing it, so why not try releasing your own, right? 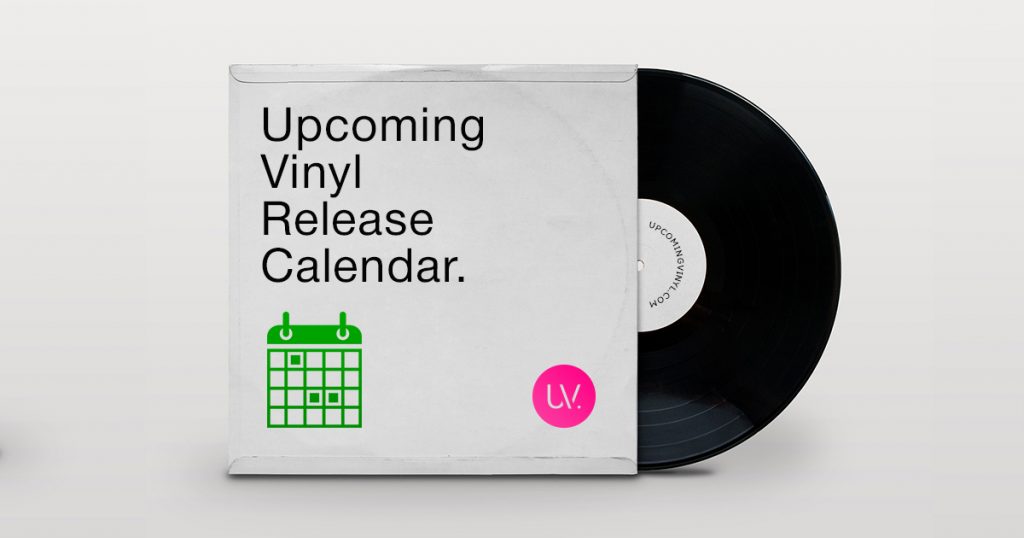 If you plan to have a vinyl pressing then remember to know what genre of music pressed on vinyl records are selling well.

Different countries have different genres giving the format another chance at life. Take for example the US, which has been consuming vinyl pressed with rock music, while the UK has Brit-pop taking the lead. 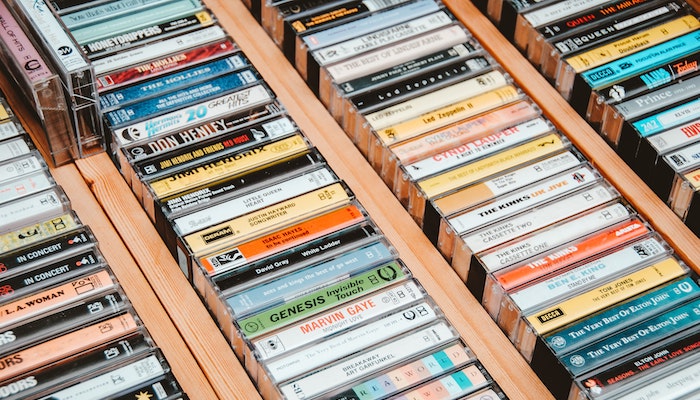 Though cassettes are not on par with vinyl sales in terms of increasing sales, we cannot deny the attention it has garnered.

According to the Official Charts company, cassette tape sales in the UK have doubled in the first half of 2020 when compared to the same period in 2019. It saw a hundred and three percent increase with 65,000 tapes sold for the first six months.

This doubled sales was thanks to well-known artists’ album release in cassette tapes. Artists like 5SOS, Lady Gaga, and Dua Lipa have released theirs in tapes and have introduced and reintroduced their fans to the format. 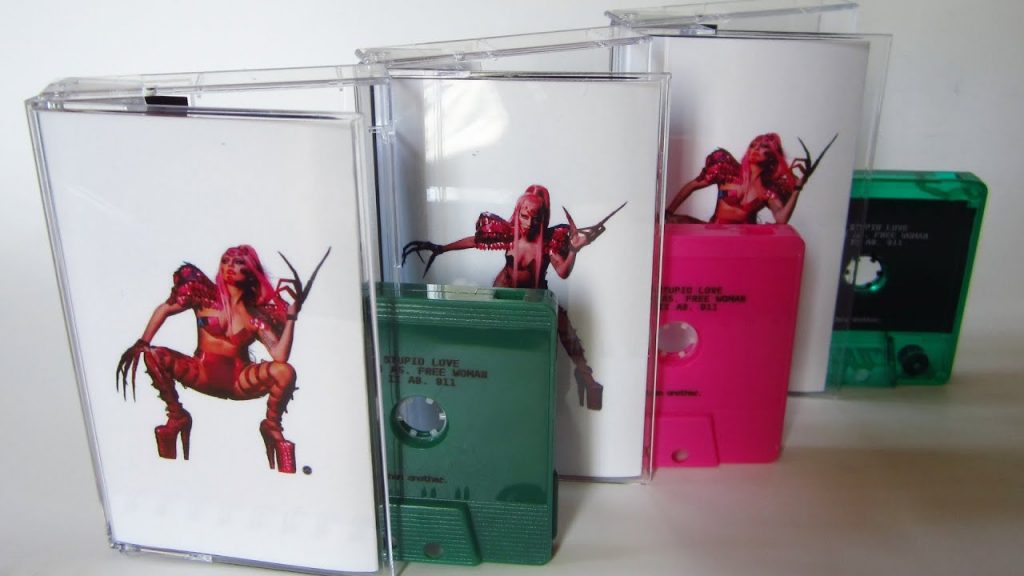 Such resurgence is best taken advantage of so  if you’re a musician, I suggest you try cassette tape duplication (you can have as few as 50 units these days). 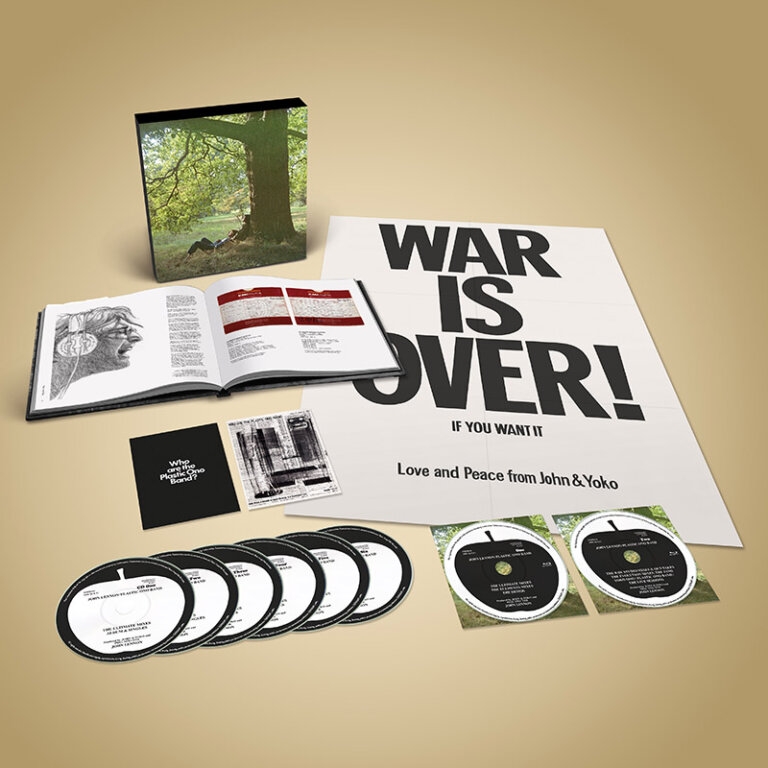 This is one of the many reasons why some musicians still want to release physical albums. They can conceptualize the overall look of the physical album. For some, accomplishing such a task can be very fulfilling, especially those who are also into visual arts.

If you’re asking what is the best physical format to maximize your visual creativity, then that would be the vinyl records.

Vinyl records have wider space for your album cover, and when you add the inner vinyl record sleeve, as well as some inclusions the vinyl jacket can house, then there’s just so much you can do.

You can add photo books, lyric books, posters, photocards, but you have to keep in mind that single jackets won’t be able to hold them, since all it can hold is the inner sleeve with the vinyl record.

The vinyl records themselves can also be designed with anything, they can be multi-colored, monocolored, transparent, glow-in-the-dark, and picture discs. You can also have things designed into them, like glitters, colored water, blood, leaf, etc. 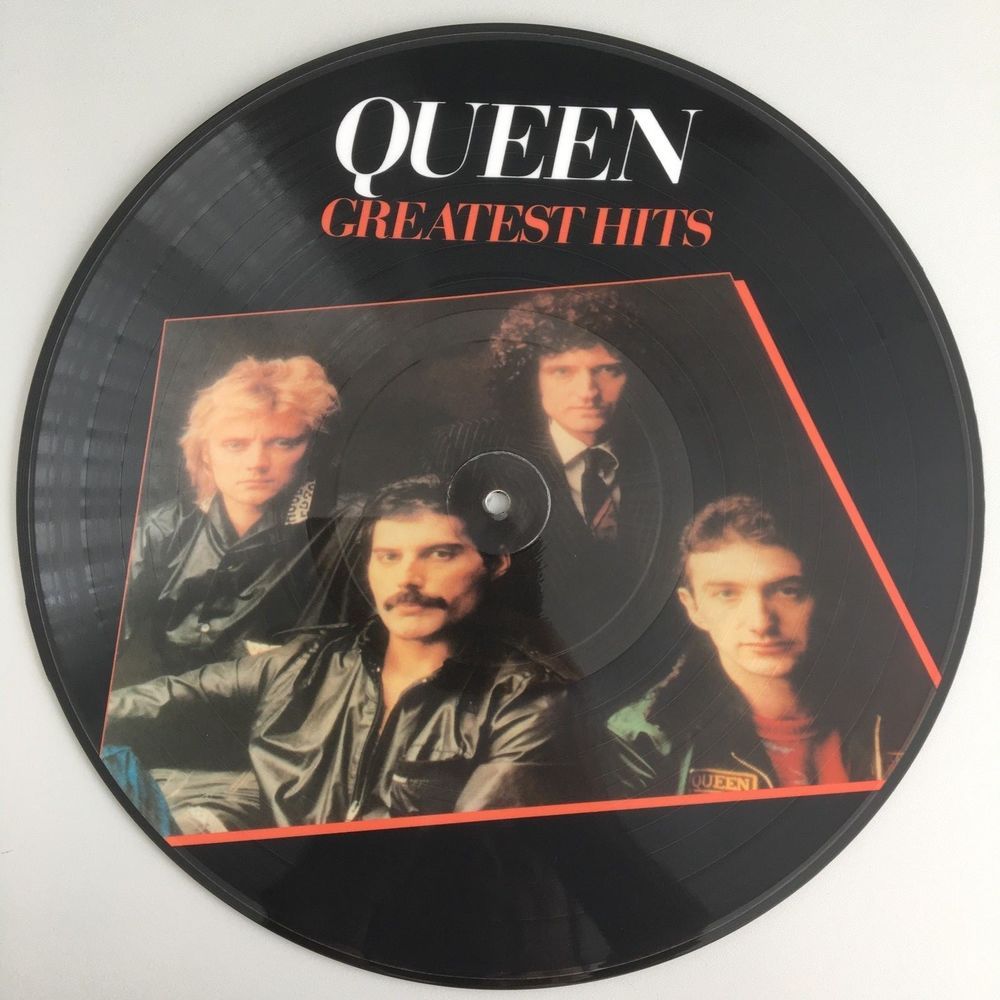 If you really have a tight budget and can’t afford to have a vinyl pressing, then you can try CD duplication or cassette tape duplication. Though both formats can’t compare to the space vinyl records can offer, it still is something.

You can have booklets for both and maybe insert a polaroid photograph or photocard in their cases. You can also design the front surface of a CD disk and the tape itself. 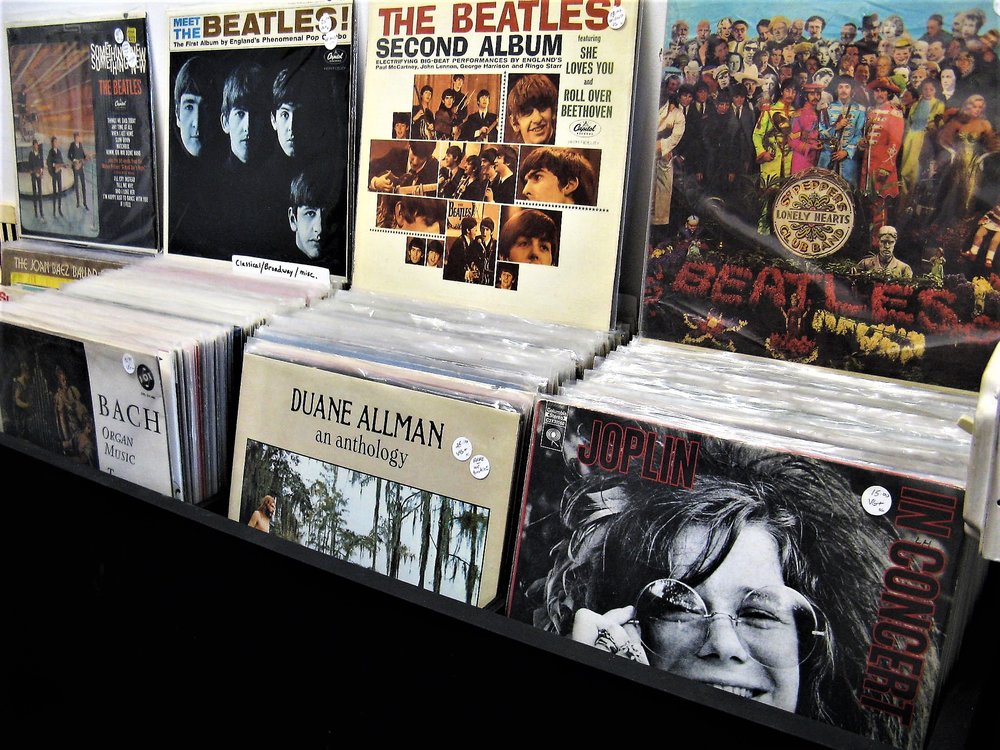 Music streaming pays royalties in cents per play. Unlike streaming, physical albums can give you more. You see, one sold CD or vinyl record or cassette tape unit can generate an average of $18 while streaming one album or single can only generate $0.25 on average. 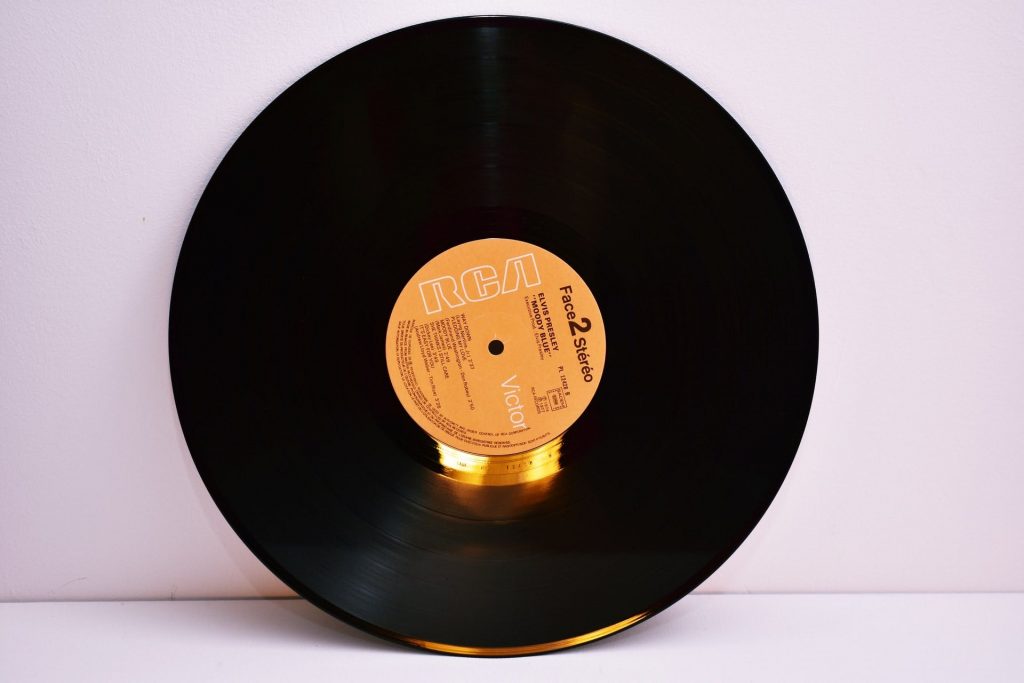 If you’re a musician that wants to catch the attention of the big people in the industry then you will surely need those physical sales. Record label agents, managers, and even bookers will need something tangible for them to really acknowledge you.

The things they see on the internet would not be enough to draw them in. In addition, telling them about your sales would sometimes be enough for them to prove you can be an asset to the label. 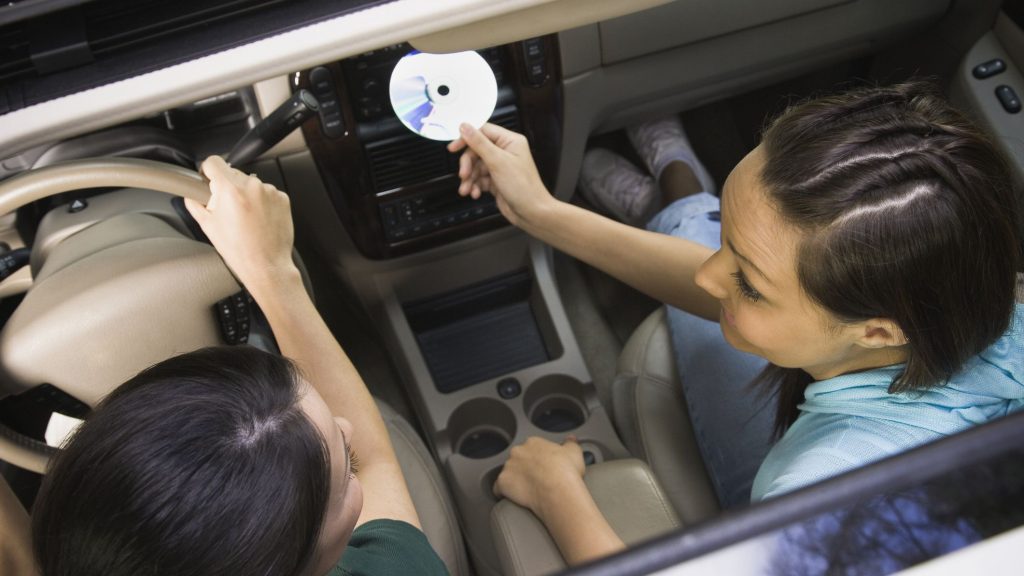 On top of the opportunity to showcase your artsy prowess, the space provided by physical formats for your album can be a good advertising material. Without even listening to the tracks yet, people will be drawn in with the artwork. Unlike in digital albums and streaming, there is nothing much to enjoy but the music itself.

Having your CD, vinyl album, or cassette tape displayed on music store shelves, someone’s shelf or someone’s vehicle can ignite a conversation between people. This would surely help you gain people who would listen to your songs and buy your physical albums.

#8 SHOWS AND PARTIES WILL BE MORE FRUITFUL WITH THESE 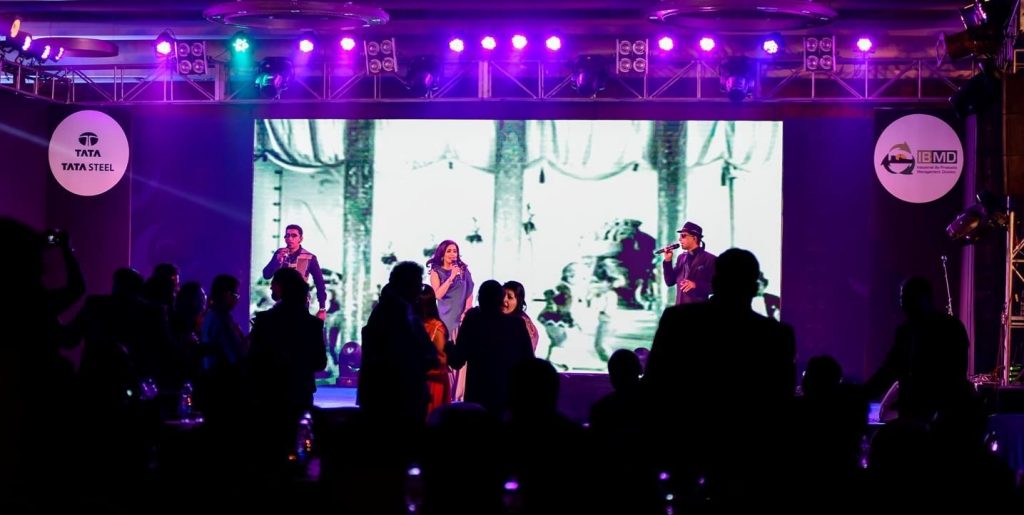 I know we’re in a pandemic right now but that doesn’t stop people from going to parties and events, right? So if you ever find yourself in one, it would surely be best to have a physical copy of your album or single.

It would be a good way to spark up a conversation with people you might want to collaborate or work with. It would also be a good way to promote your music because it would look more formal than having the people you are in dialogue with looking at your smartphone.

#9 CAN SERVE AS YOUR MERCHANDISE 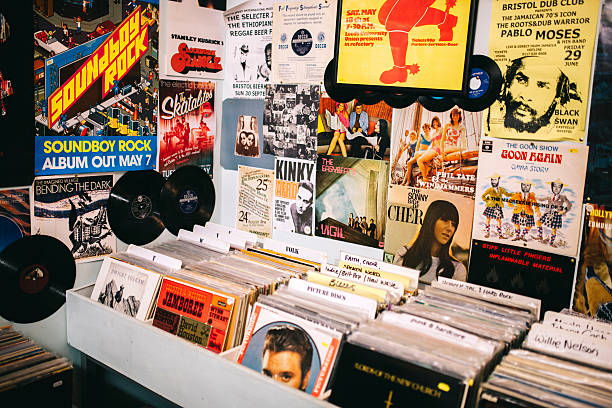 Merchandise is a must when you’re a musician. That’s what your fans expect of you and physical albums can be that merchandise. Though button pins, patches, t-shirts, and other apparel are more known for being music merchandise, why not deviate from that. It would be refreshing for your fans, I’m sure of it.

You may not know this yet but vinyl records and CDs are treated as collectibles by many fans. CDs are specifically pointed at the k-pop fans who have different album versions for one single album release. Let’s say a group releases 7 versions, and when those 7 versions are completed, they create an image with their CD case. This leaves the fans wanting to collect all 7 versions. 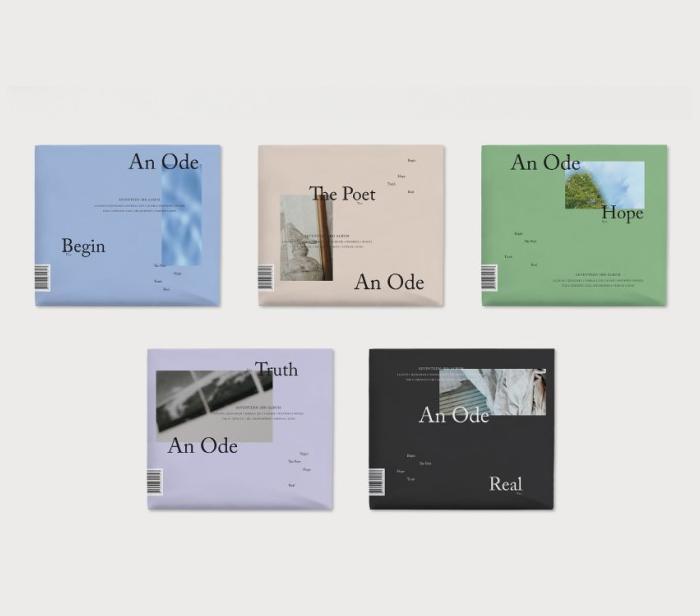 Don’t worry though, many fans will still think of it as merch as long as it’s worth the money they spent. So there’s no pressure. Just design them beautifully and you’re good to go.

#10 MUSICIANS WILL DEFINITELY NEED TO SELL ALBUMS AFTER CONCERTS 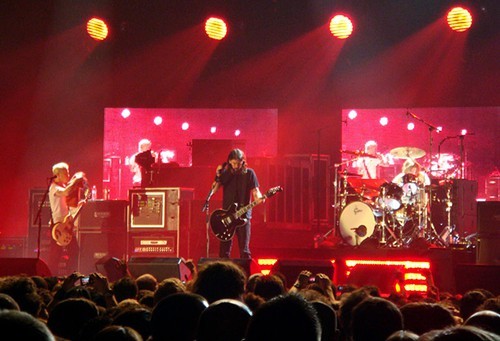 After concerts or gigs, I’m sure you will want to sell your album. You will of course need those physical albums to do so. This does not only benefit you in the finance department but also the marketing department.

After selling albums, you’ve already promoted you or your band because we must admit that not all attendees of a concert are fans. Some are just there for a friend, a girlfriend, a boyfriend, or a family. This will be the best opportunity to gain them as fans. 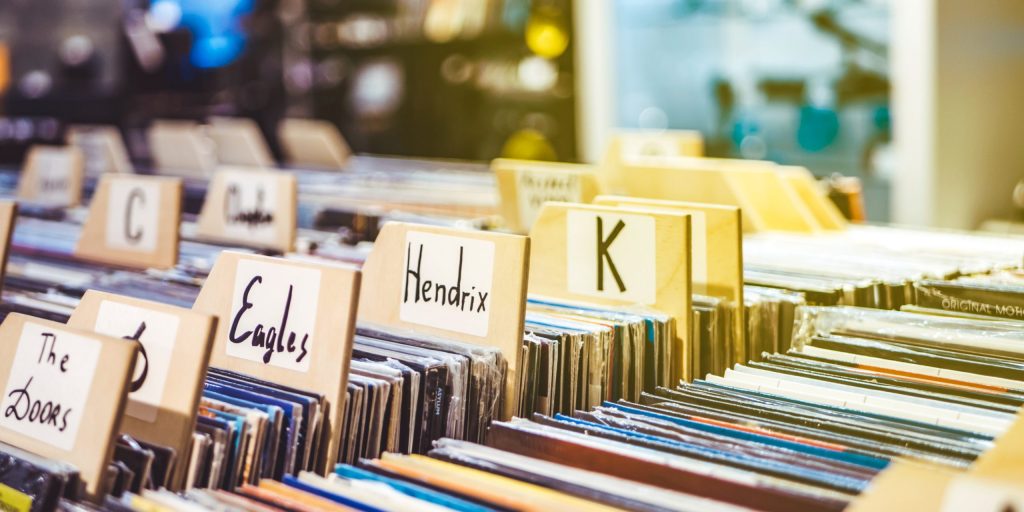 Yes, people do not just want these physical albums, they need it too. They may not realize it yet, but a life without physical albums would be boring and redundant.

With a CD, vinyl record, or cassette tape to hold and put on a player, listeners would have a better listening experience.

Especially when they have a vinyl record they can play on their turntable, for as we all know, vinyl records are the most tactile audio format there is. And according to Jean-Luc Renou in his Forbes interview, “Digital music is really about performance and comfort, whereas analog is really about desire and feeling good. People need both to live.” 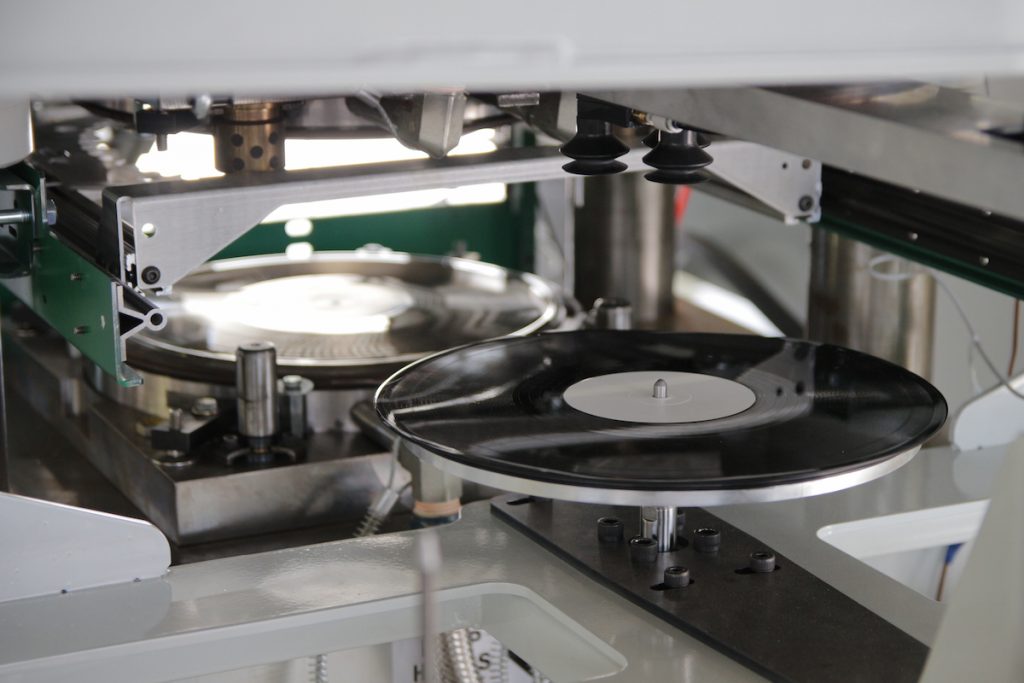 You heard that right pal, on-demand or short run vinyl pressing, CD duplication, and cassette tape duplication is already available. These services are offered by manufacturers which help musicians cut cost for the production since they allow musicians to order in smaller units, say 100 units.

It’s a great service, right? And you won’t have a hard time paying big cost productions, or worrying over the numerous unsold copies you have.

So that’s the end of it, I think I’ve justified those 12 reasons well. It would be great to hear more artists releasing physical albums. I hope you’ll be one of them!

Those who say that it’s impossible to make really creative and remarkable designs with “boring” jewel cases are probably boring and not creative. We love jewel cases and we think they’re lovely! There are so many good-looking (and award-winning) albums that use clear jewel cases effectively. Here are some of them: Pequeña Burguesía The whole […]

CD Packaging: Where Did The Night Fall- UNKLE